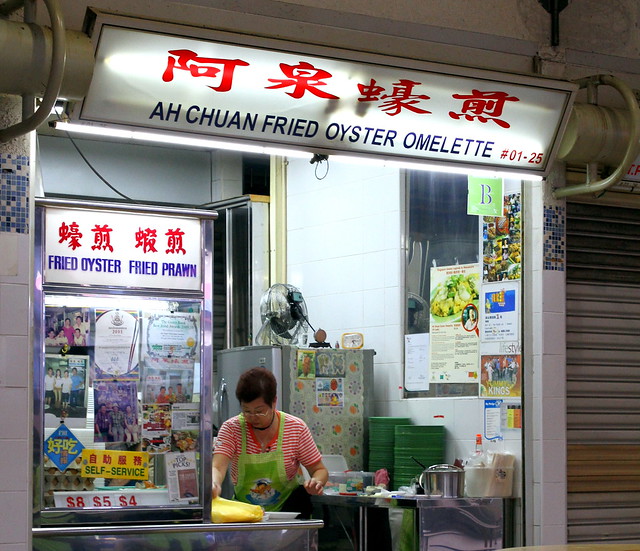 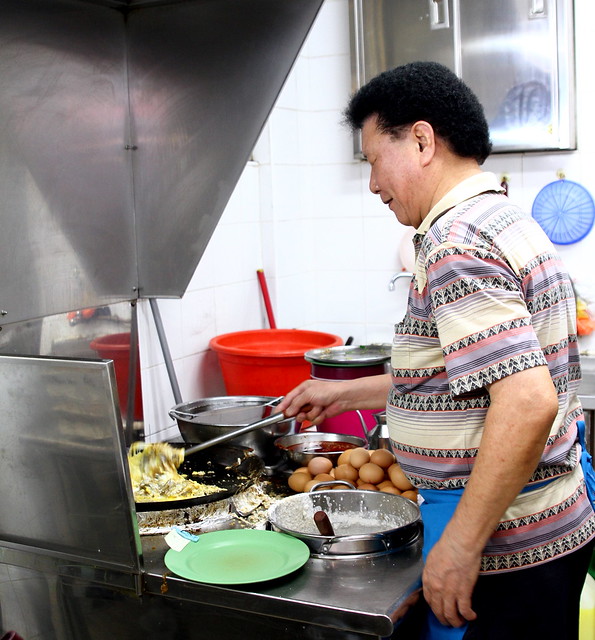 The boss Uncle Tan (63 years old) is actually a Teochew. Uncle Tan’s brother came from China, so he learnt this dish from him. He has been selling Fried Oysters in this hawker centre for more than 40 years and  was featured as one of the Hawker Legends in Makansutra in 2005. 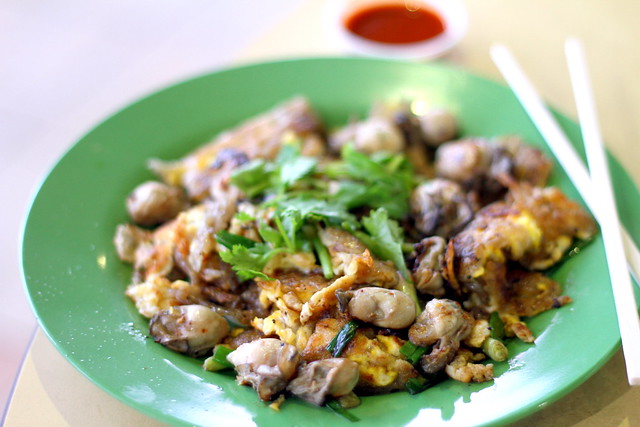 I like my fried oysters with a heavy egg ratio. And if its sides are crispy with a little burnt marks, it will be perfect. To cook a plate of Fried Oysters, you really need some skills. The ingredients for this dish is always the same. We have eggs, flour, oil, oysters and fish sauce. So what makes a stall different from the other is probably the batter. 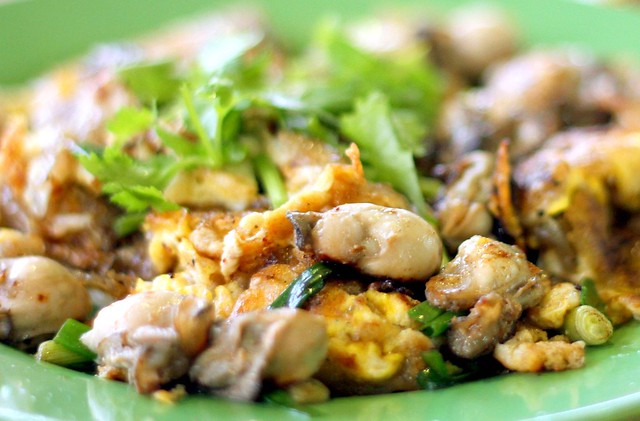 It must got the right mixture of flour to get the perfect texture of chewy and crispy starchy bits. The plate I ate here is moist and a little touch of crispiness. Not too oily nor dry, which makes me feel less guilty for eating such a sinful dish (ok, I’m just consoling myself).
The plump and succulent oysters here came from Korea, not as big as I expected but definitely juicy and fresh. Each plate is topped with loads of coriander leaves, dipping it into the watery chilli sauce, shiok! If you don’t fancy oysters, the boss also has prawn omelette. Each plate of fried oysters starts from $4 onwards.

Let’s build a food community that helps to update the food news in Singapore! Simply comment below if there’s any changes or additional info to Ah Chuan Oyster Omelette. We will verify and update from our side. Thanks in advance!