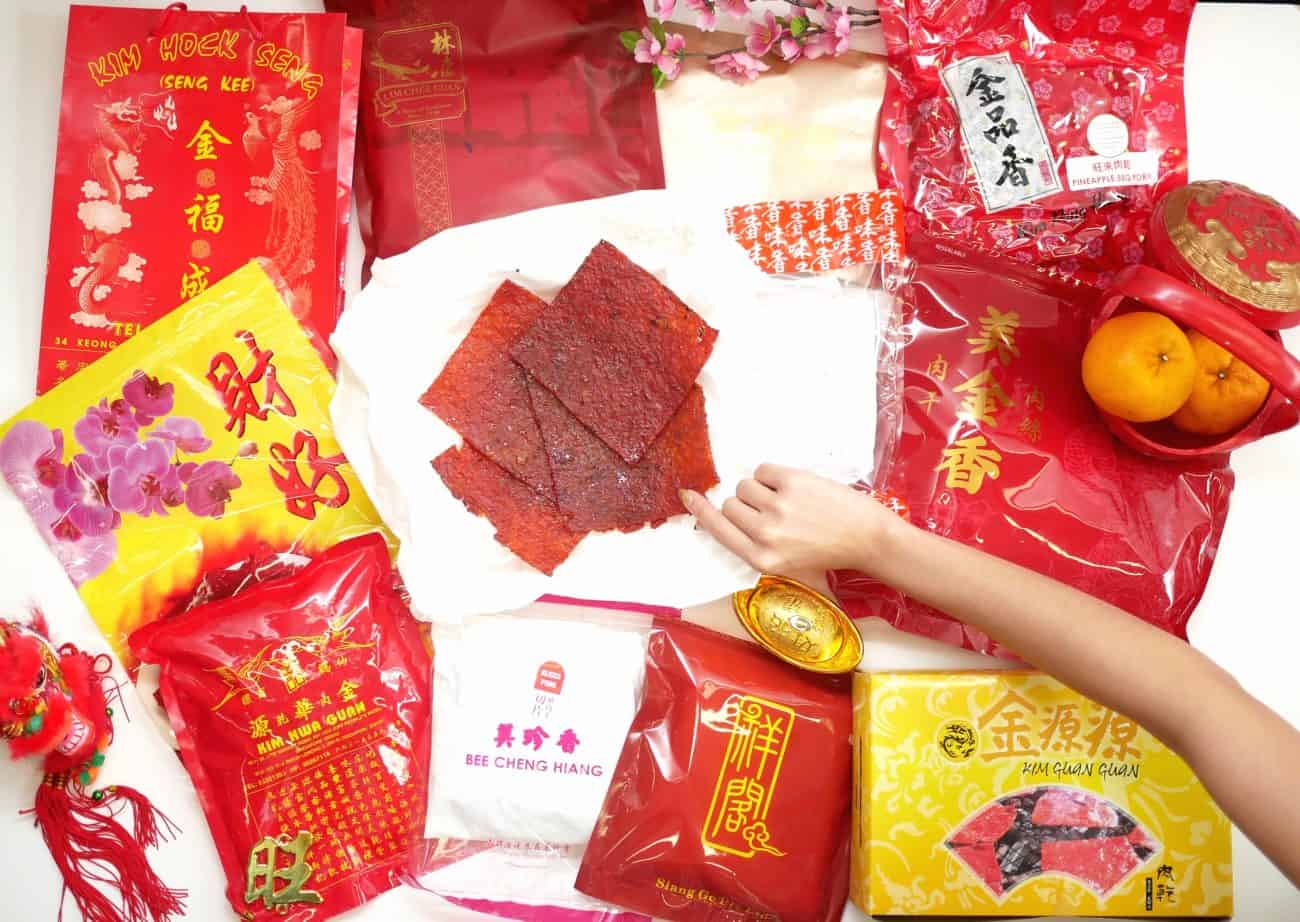 Gong Xi Fa Cai! Do you recall the CNY Pineapple Tart Series we brought to you last year? A year after, will it finally be angbaos? Well, unfortunately no…. But instead, keep your eyes peeled for something equally EXCITING! Let’s put our hands together to welcome this red, smoky, fragrant, savoury snack. Because face it, Chinese New Year ain’t Chinese New Year without Bak kwa.

Bak Kwa (肉干) is a Chinese dried pork product prepared using a unique preservation and cooking technique. Sliced pork is marinated before it is air-dried and cooked over a hot plate. This sweet and savoury delicacy is thought to have originated from Fujian, China, and Singaporeans have tweaked the recipe a little. For example, bakkwa here is grilled over charcoal, instead of a hotplate, to achieve that smoky flavour we all adore. Just look at those crazy snaking queues consisting of even tourists! Anyone will agree that Bak Kwa is a huge part of our CNY tradition.

The minced pork and sliced pork are the two main types of Bak Kwa found in Singapore. The minced pork has a higher fat content since it is prepared using minced meat before grilling them. On the other hand, the sliced pork is leaner and tougher since it was directly trimmed off blocks of pork. There are other interesting variations which have popped up over the years, such as Chilli Bak Kwa, Beef Bak Kwa, Pineapple Bak Kwa and even vegetarian Bak Kwa.

Let’s kick start our list with this highly acclaimed business that every Singaporean surely knows about. Even if you don’t shop here, you would have seen its ubiquitous chain shops all over Asia. Tracing it way back to 84 years ago, we all know for sure that Mr Teo Swee Ee, the founder, created a legacy that is truly one of a kind in the industry. He started off peddling his mobile cart along the streets of Chinatown and now, look at how much his brand has grown over the years! With more than 40 outlets islandwide, this is one of the most convenient places to stock up or simply get a quick Bak Kwa fix! Bee Cheng Hiang’s Sliced Pork retails at $55 for 1kg. 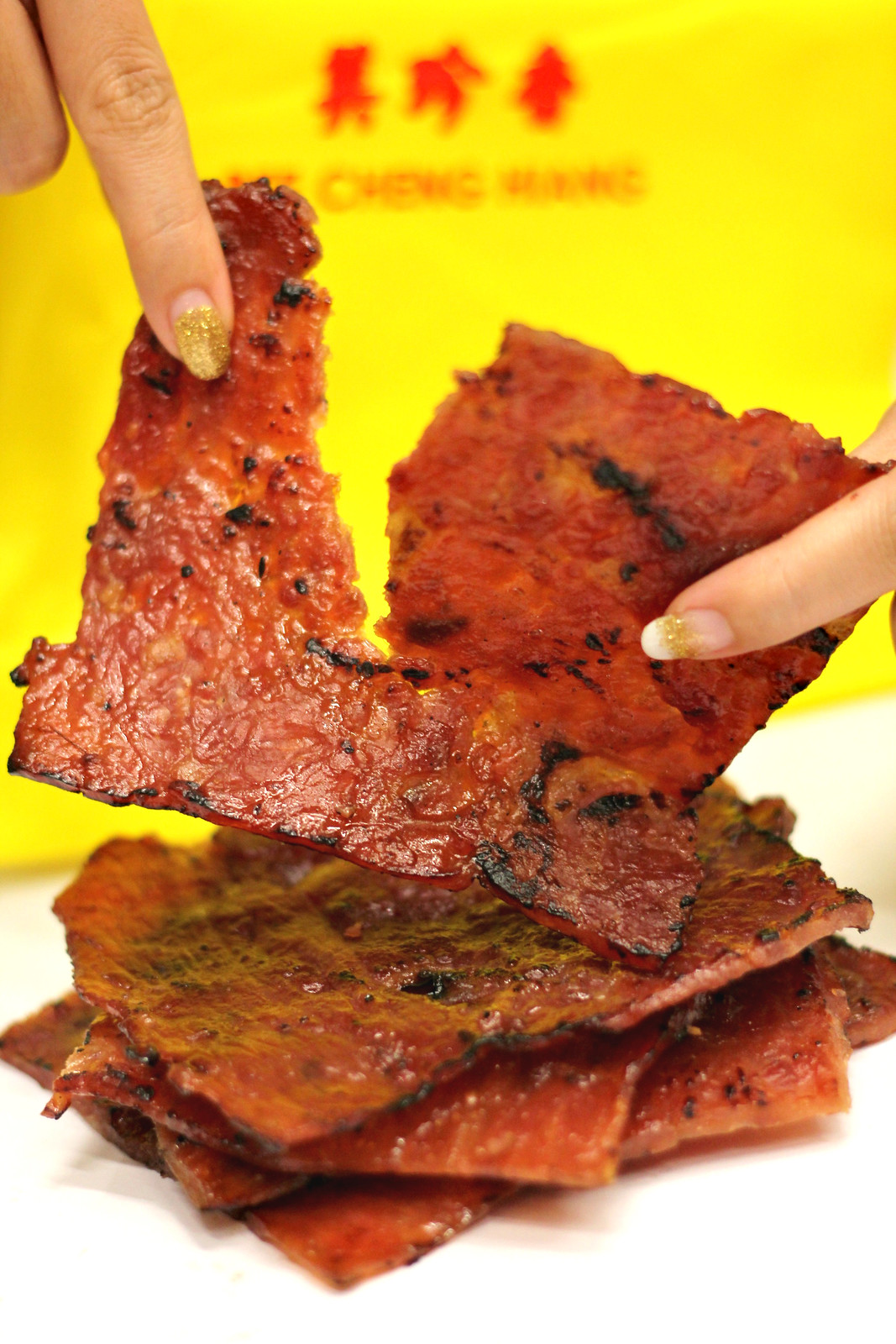 Let’s wheel in our second contestant, Bee Kim Heng, which is currently occupying a shop in the heart of Chinatown. It has been 47 years since Mr Teo Ah Thin has dedicated his life to this trade and there must be a reason why Bee Kim Heng is still going strong despite the intense competition. Perhaps, customers are drawn to the fact that he still does the job of grilling the Bak Kwa himself so as to ensure consistency and quality. Bee Kim Heng’s Sliced Barbequed Pork retails at $46 for 1kg. 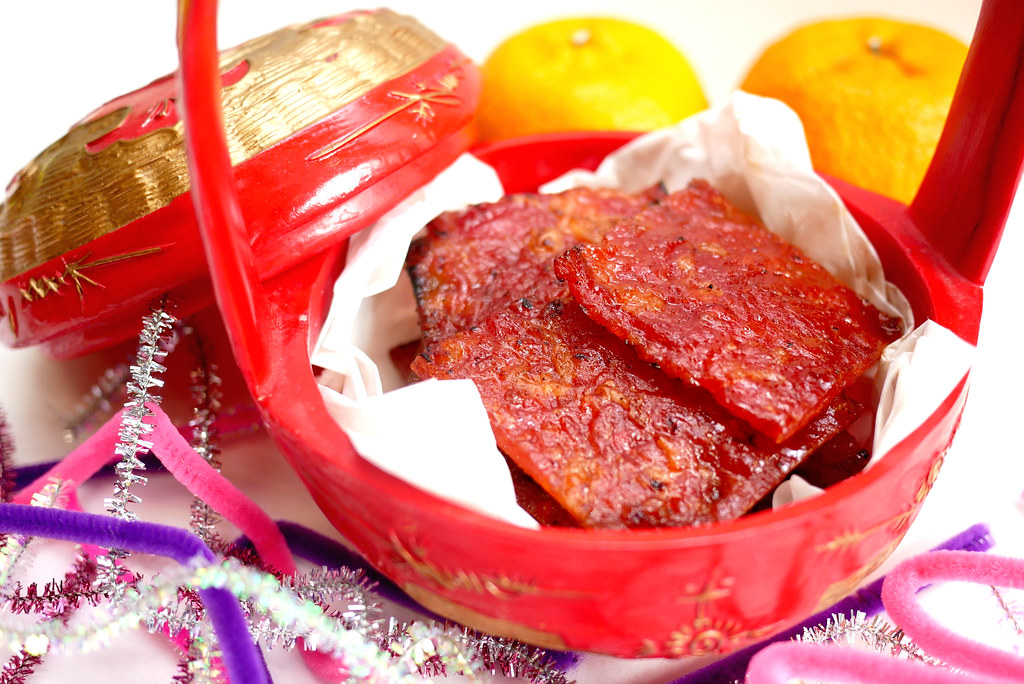 Westies unite! Chai Ho is probably the pride of Clementi, am I right? Besides grilling up some amazing satay, Chai Ho Bak Kwa transforms into a Bak Kwa business once CNY is just around the corner. Join the crowd and it’s almost certain that you can’t even see the store from the back – it’s that crazy. 3 types of Bak Kwa are available – Minced, Sliced and Chilli. Chai Ho’s Sliced Barbeque Pork retails at $42 per kg. 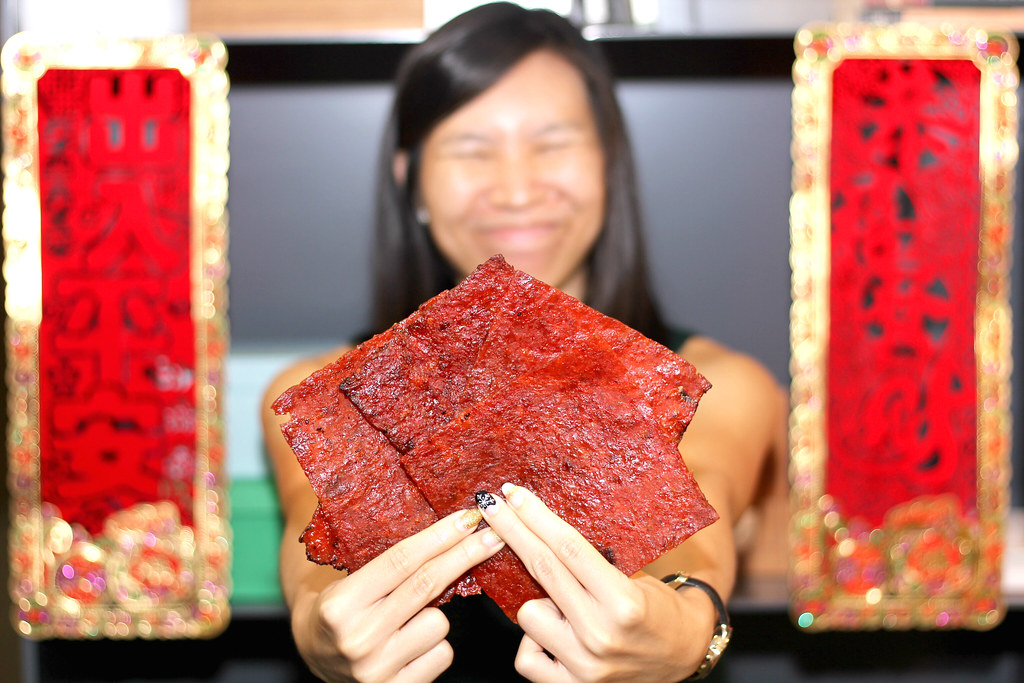 You might have guessed it but this brand was named after the aromatic fragrance of the barbecued meat. Fragrance was single-handedly nurtured by Madam Ong and is currently under the management of her descendants. Their products are manufactured locally to maintain the level of consistency. Do keep a look out for some of the more interesting renditions right here, such as the Turkey Bak Kwa and Heart-Shaped Red Yeast Bak Kwa. Fragrance’s Sliced Tender Bak Kwa retails at $52 per kg. 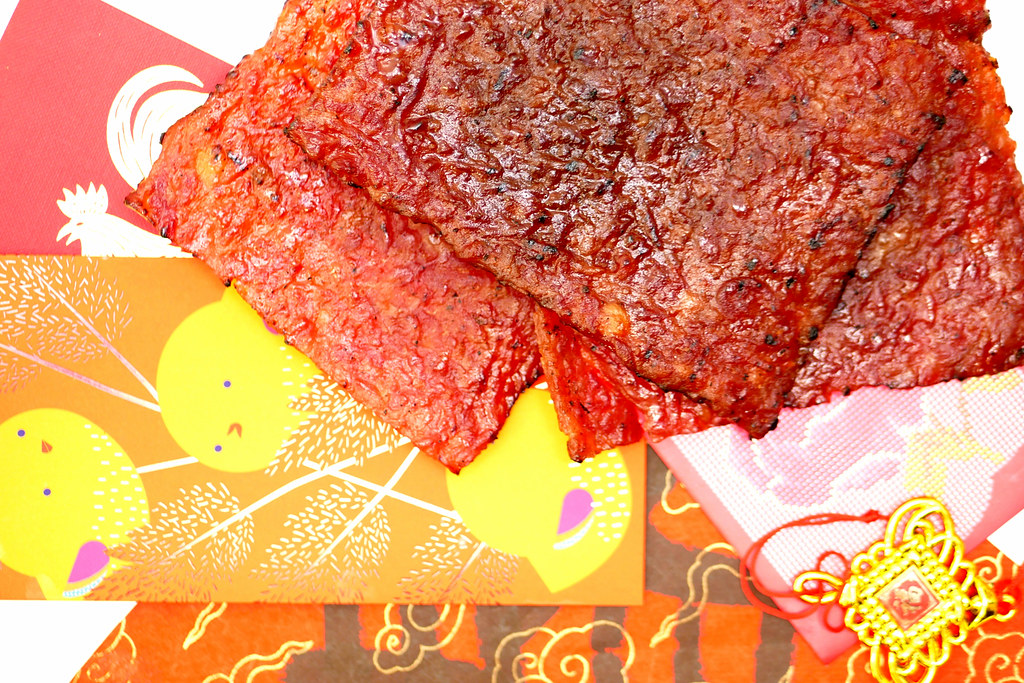 Located at an industrial area, Kim Guan Guan only operates on a pre-order basis. The area is quite inaccessible to the general public as there is no MRT station within walking distance. However, it certainly does not deter many from getting their hands on Kim Guan Guan’s Bak Kwa every year. Kim Guan Guan’s Sliced Pork retails at $44 per kg. 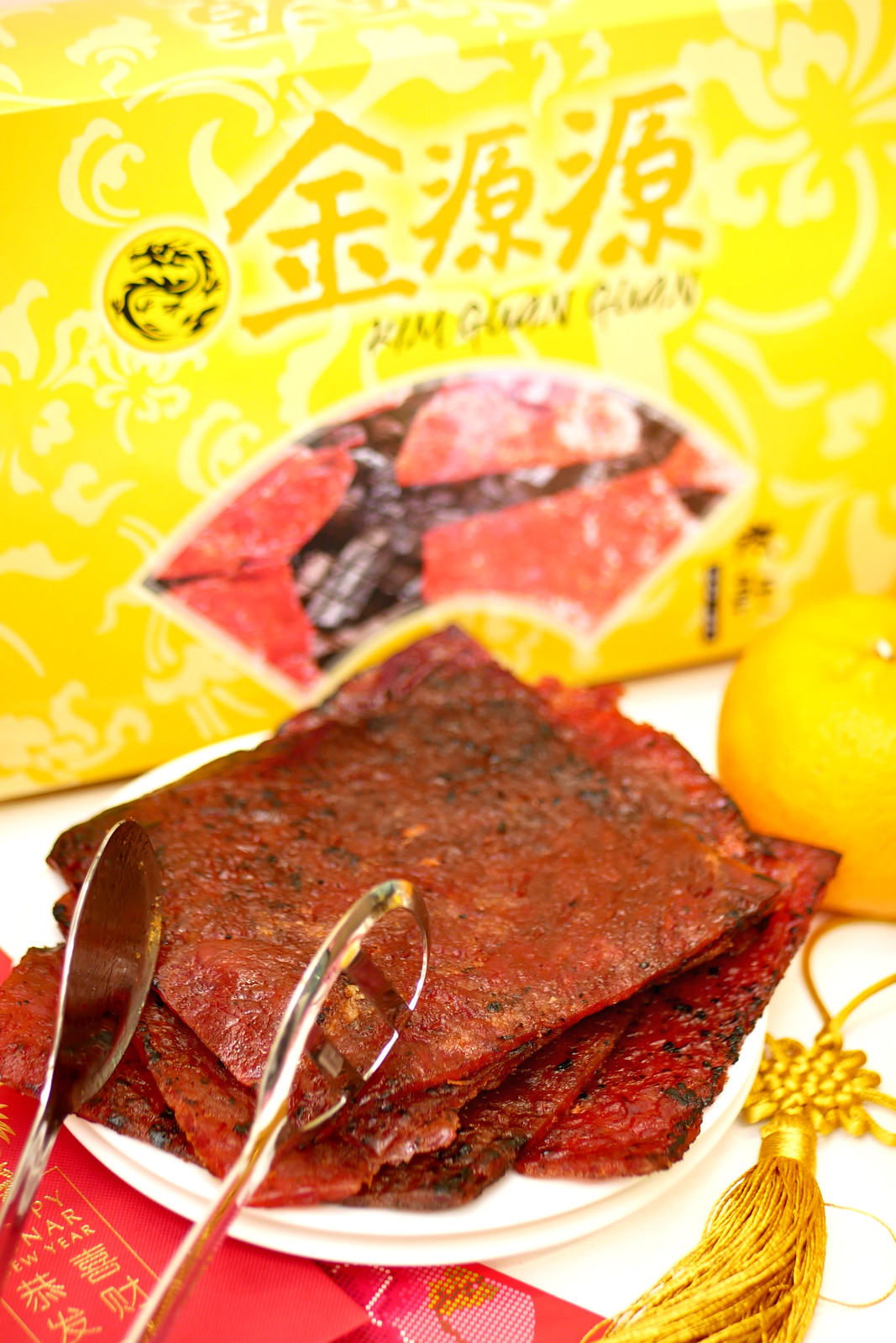 Mr Ong Geok Hoo and his wife have been running this barbecued sliced pork business for more than 40 years, and they have no plans to retire just yet. This friendly man does not believe in wasting his customers’ time by queueing, and actually prefers customers to simply give him a ring to place their orders. You can see the shop’s signature red boxes of Bak Kwa piled up high for his long-time customers during this busy period. Psss, catch his special Honey Bacon Bak Kwa before it is sold out! Kim Hock Seng’s BBQ Pork retails at $48 per kg. 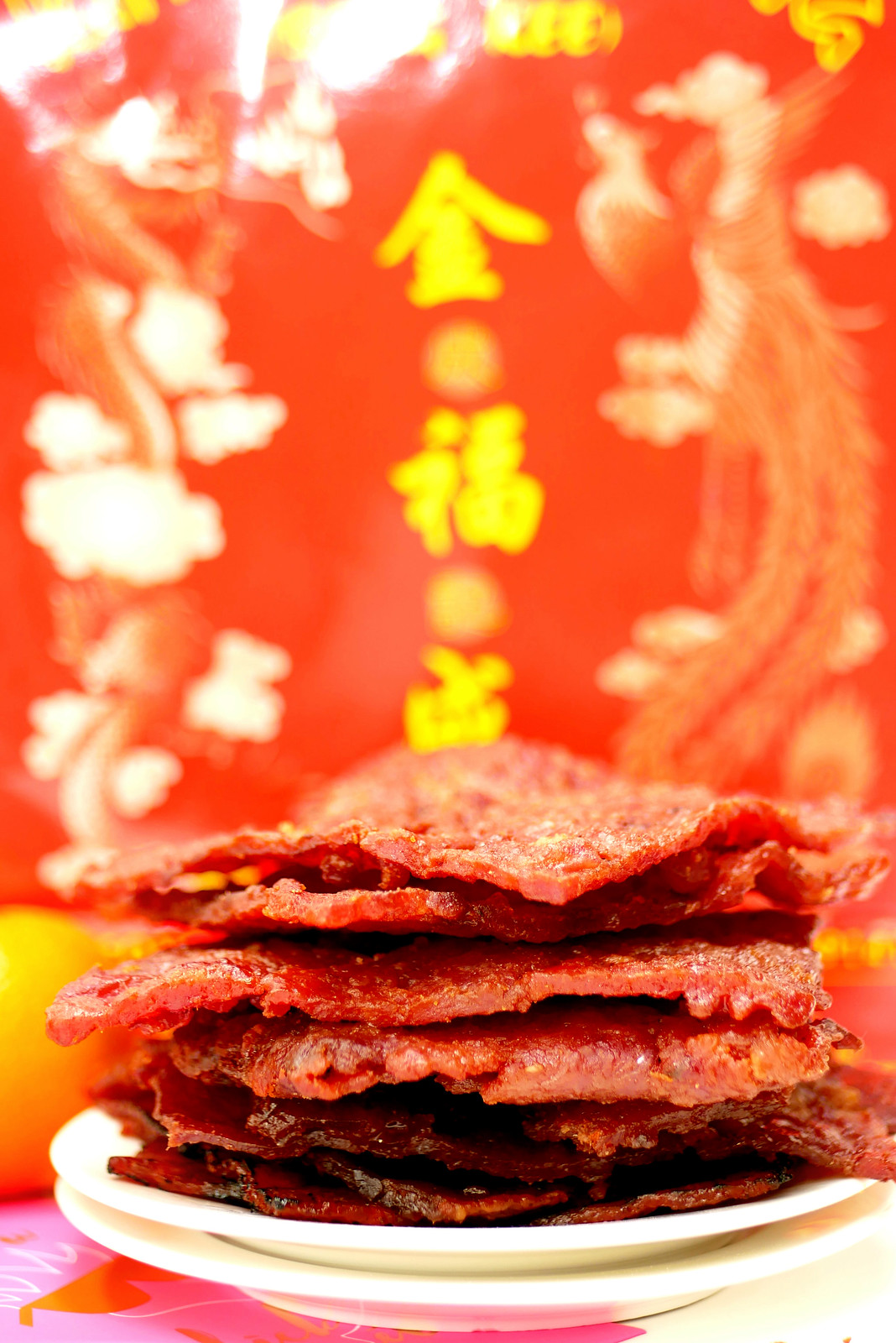 Kim Hwa Guan is of no stranger to Bak Kwa fanatics in Singapore. During the CNY period, the staff show up for work in the wee hours of the morning to start their preparations so that they will be able to serve as many customers as possible. All pre-order slots for its Bak Kwa have already been taken up, so only walk-ins will be entertained. As a result, be prepared to wait if you wish to have a taste of this highly-rated Bak Kwa. You can enjoy the view of Bak Kwa being grilled on the spot as you stand in line. Kim Hwa Guan’s Square Minced Pork retails at $52 per kg. 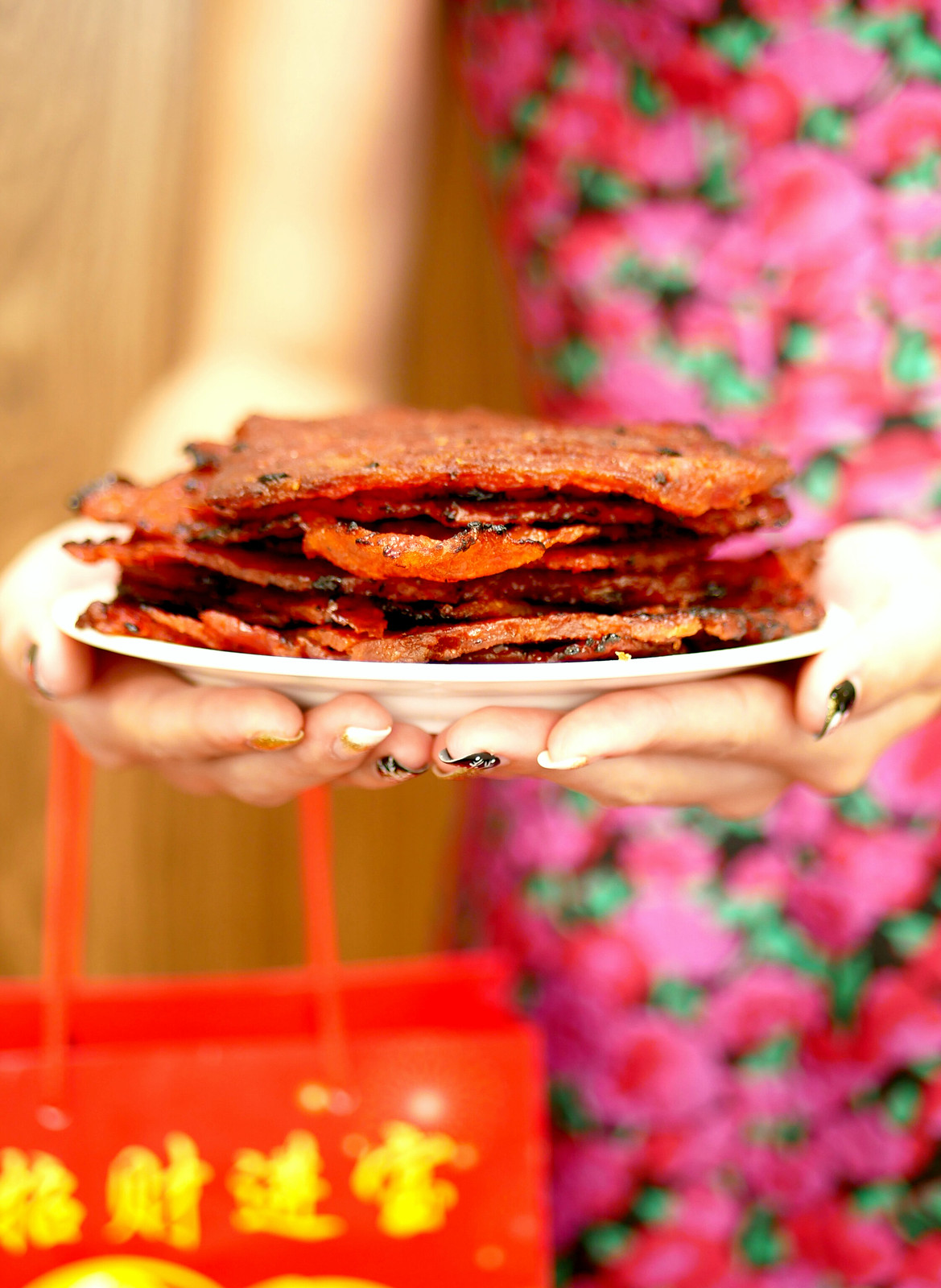 Did you know that Kim Joo Guan has actually supplied Bak Kwa to five of Singapore’s most popular Bak Kwa brands for more than 30 years? Four generations of the family have been working hard to push the brand forward since 1977. We can see that Kim Joo Guan pays attention to quality by their insistence on using 100% chilled Australian grain-fed pork to preserve the finest taste of their Bak Kwa. Kim Joo Guan’s Traditional Pork Slice retails at $48 per kg. 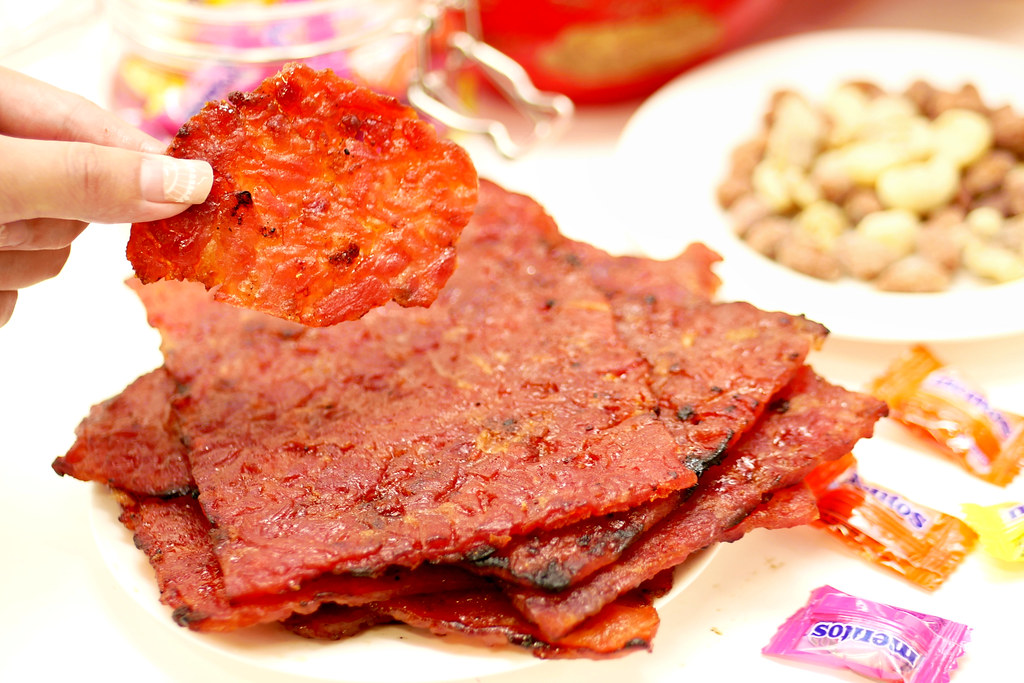 Good news – you don’t have to rush to get your Bak Kwas early! You will be delighted to know that Kim Peng Hiang keeps its prices fixed during the festive season, unlike other shops. (I know right?! So shiok!) As I was chatting with one of the aunties in the queue with me, she shared that the Pineapple BBQ Pork is just as popular as the original flavour. Although I did not taste it, the idea of sweetness and tartness of the pineapple coming through a tender piece of Bak Kwa sounds refreshing and enticing. Kim Peng Hiang’s Slice Royal Pork retails at $45 per kg. 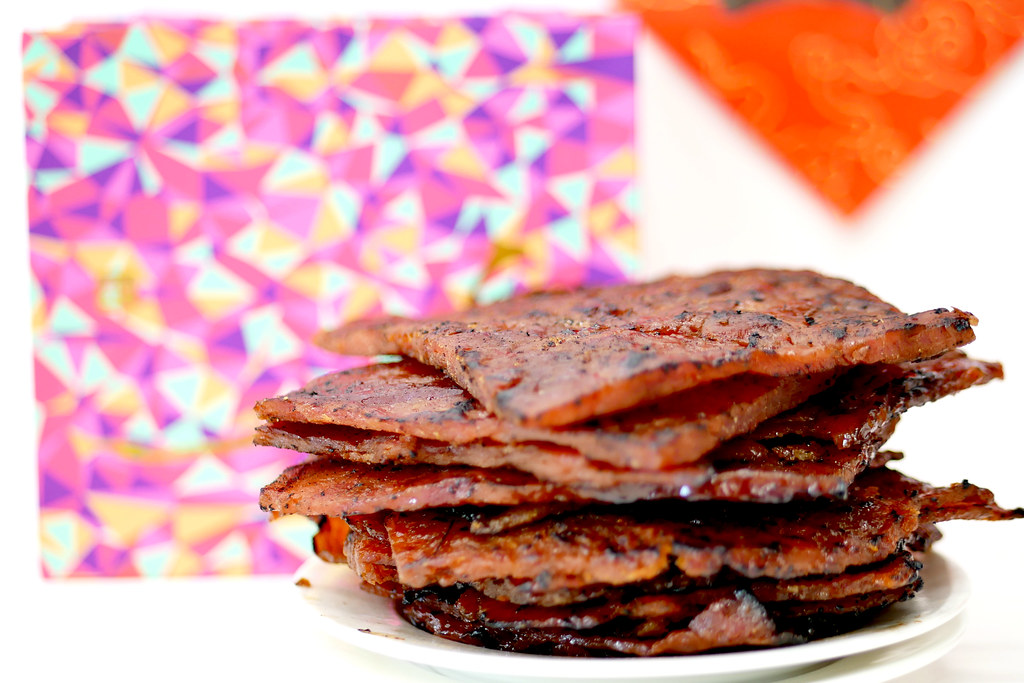 “Lim Chee Guan! Lim Chee Guan!” we squeal in delight every Chinese New Year. Everyone knows this ultra popular Bak Kwa shop in Singapore. The never-ending lines don’t seem to stop anyone from joining the queues. We’ve even seen huge numbers of tourists jump on the bandwagon as well. Although they don’t have as many shopfronts as other leading brands, they certainly do not lose out as they have a loyal following. Lim Chee Guan’s Sliced Pork retails at $54 per kg. 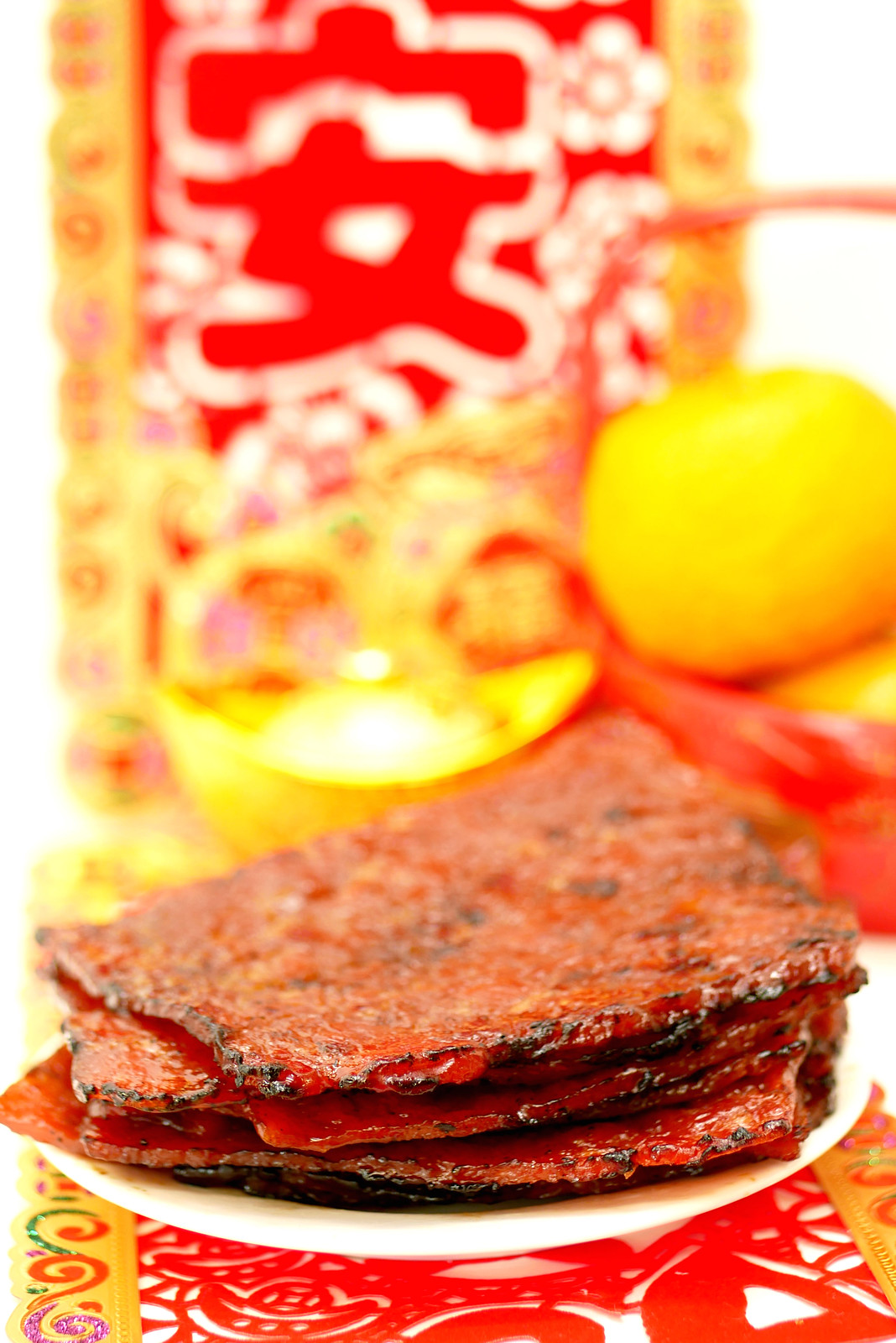 New Eastern has been around since 1968 and takes pride in manufacturing the best Bak Kwa in its very own factory in Gourmet East Kitchen (Bedok). After shifting its main production line there, New Eastern was able to increase production to meet the increasing demand. Currently, they have a retail store in Bishan. New Eastern’s Minced Pork retails at $42 per kg. 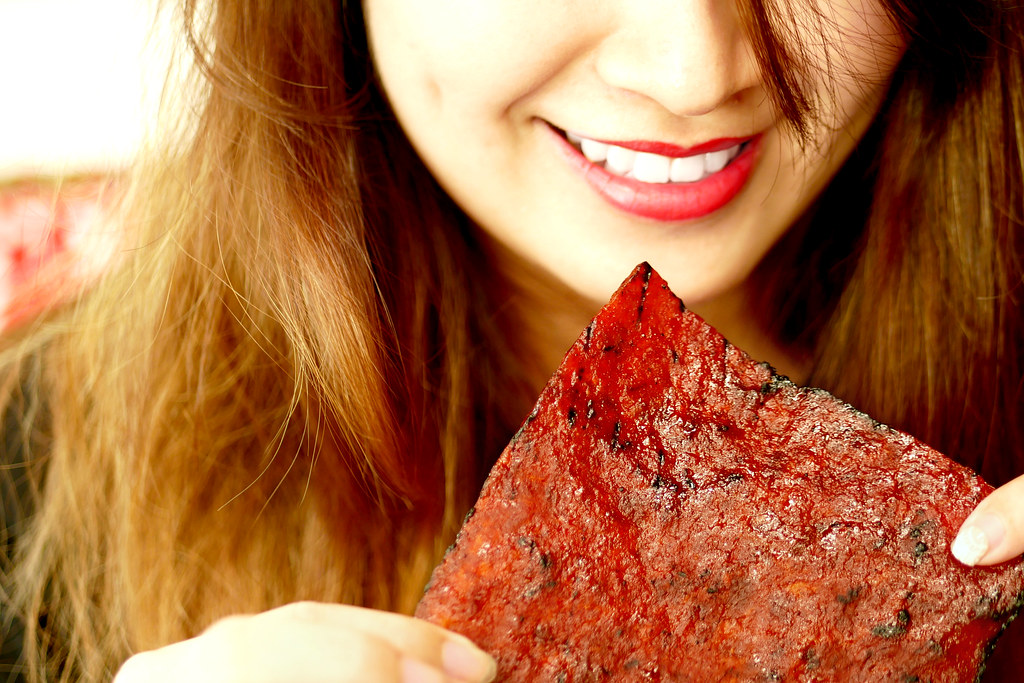 Sang Hock Guan is a small family-owned business, which pours its love into churning out Bak Kwa every CNY. Contrary to the seemingly lack of action at the shop, its CNY delights have absolutely no lack of supporters. Give them a call if you are planning to purchase in large quantities, just like how their regulars do. Sang Hock Guan’s Minced Pork retails at $52 per kg. 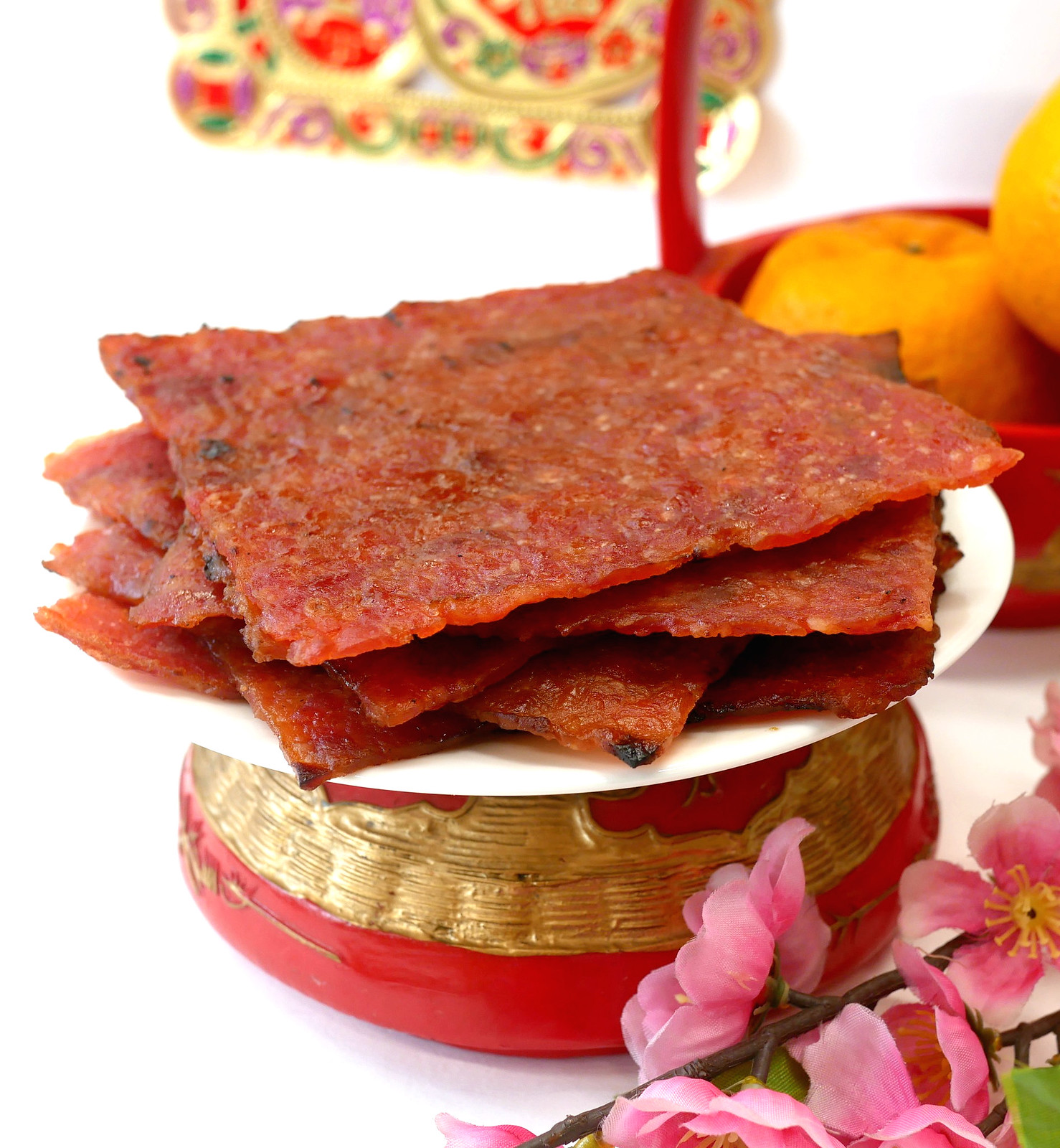 We might have caught a glimpse of Siang Ge while having supper at Jalan Kayu. Fans of its Bak Kwa stand their ground about the great taste not being found elsewhere. After all, Siang Ge uses good quality meat from Brazil prepared by its skilled head chef who has over twenty long years of experience. Siang Ge’s Honey Sliced BBQ Pork retails at $42 per kg. 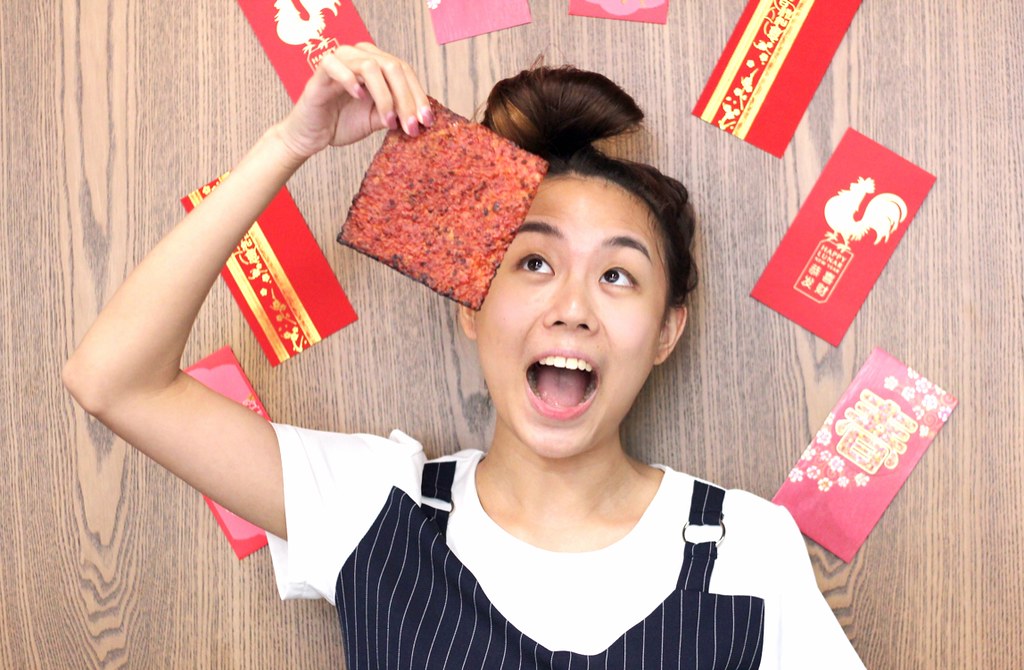 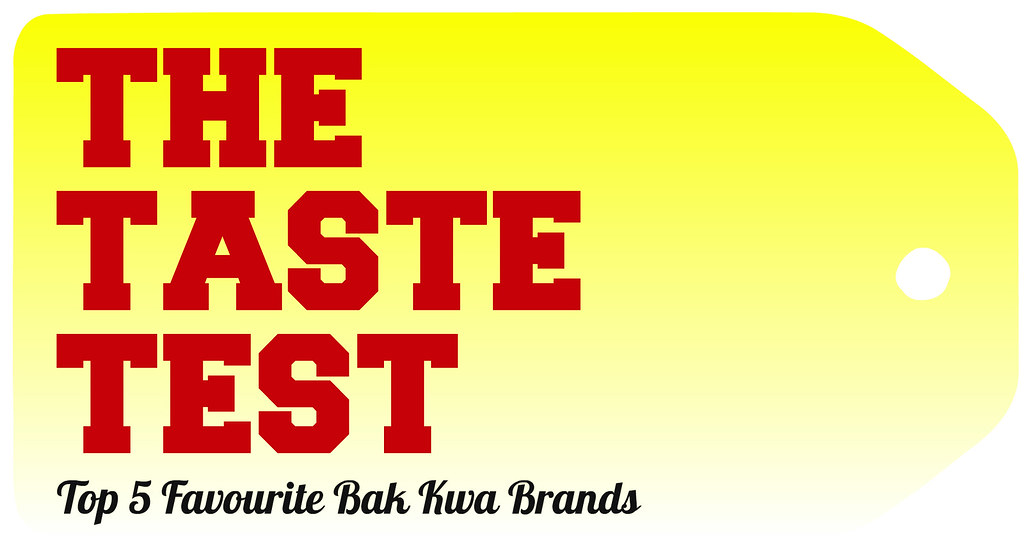 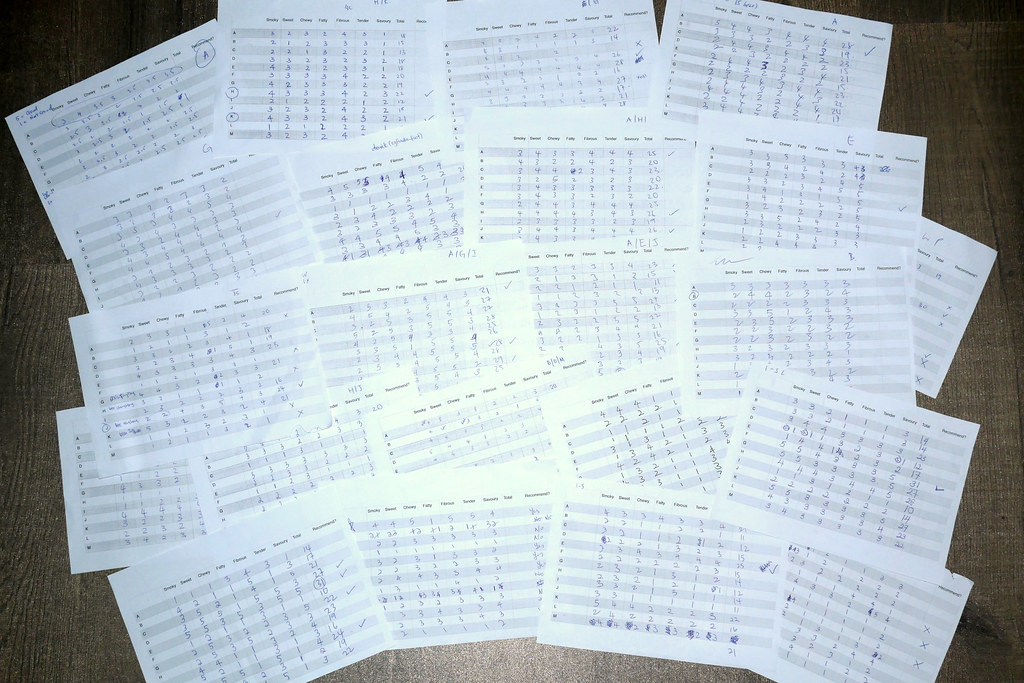 After a busy day of tasting and surveying, we have finally sniffed out the TOP 5 Bak Kwa in Singapore! Let’s get the Bak Kwa rolling! /DRUM ROLL/

Coming in first is…. Sang Hock Guan! How good can the Bak Kwa from this little shop be, you may ask? Well, NEVER judge a book by its cover, this family’s Bak Kwa has climbed its way to the top. Sang Hock Guan’s Bak Kwas are so addictive that your glistening stack will deplete within seconds, just like how ours did. The tender and thick pile of Bak Kwa retained its original taste and texture even after days – definitely a keeper!

You might or might not be surprised that Lim Chee Guan has emerged as the first runner up, but we certainly weren’t. Among the more established brands, Lim Chee Guan seems to possess a lovely recipe that balances the smokiness, sweetness and tenderness very well. Therefore, you can be confident that the taste of its Bak Kwa will make the long wait worthwhile.

Bee Kim Heng is located on the same stretch as the other Bak Kwa shops in Chinatown, albeit with a shorter queue. Don’t let that steer you away, as Bee Kim Heng will reward you with one of the best Bak Kwas you can find in Singapore. The taste is pretty similar to the Bak Kwa from Lim Chee Guan, only a tad sweeter. Lend your support to this elderly couple who continues to pour their passion into Bak Kwa even after 47 years!

For those who prefer their Bak Kwas a little more thick and substantial, Kim Guan Guan is your cup of tea. Phew, the drive to Tagore Lane was indeed not in vain. Their Bak Kwa is vacuum-packed into clear plastic bags, which allows them to be kept for a longer period of time. Separating the slices of Bak Kwa was a little tricky but we believe that heating them up again would resolve the problem. Once you have a bite of Kim Guan Guan’s Bak Kwa , there is no going back.

New Eastern offers some of the thinner Bak Kwas around, yet the tenderness still manages to wow us. Even though its business has been going full steam ahead with manufacturing and supplying to other retailers, the quality of its products has not been compromised. Lay your hands on those delicious red squares and have them sweep you off your feet.

So, what’s your favourite? Personally, Lim Chee Guan’s masterpieces ticked all the right boxes for us. However, Sang Hock Guan ultimately captured majority of the hearts in one fell swoop. Thumbs up to Lim Chee Guan, New Eastern, Sang Hock Guan, Bee Kim Heng, Kim Guan Guan and all the other worthy participants. May all your Bak Kwas sell like hotcakes! Huat ah!

Wan Ping fixates her attention on food so much that it almost drives her boyfriend mad at times. When she is not stuffing herself silly or churning out those creative juices, Wan Ping indulges in her guilty pleasure - Korean dramas, and yet again decides to resign herself to her fate of gluttony.