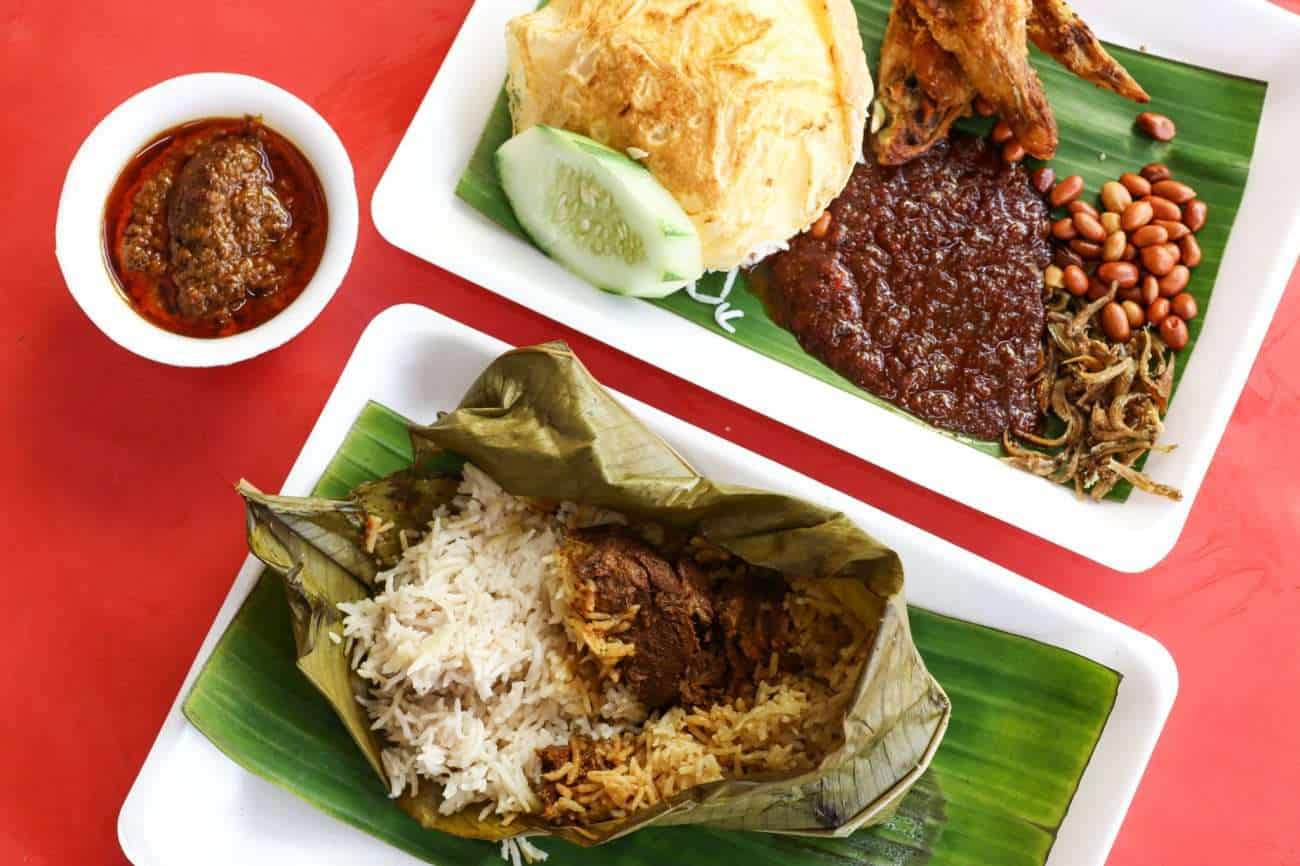 Within Chinatown Complex Food Centre over at the red block sits Bamboo Nasi Rendang, a Muslim-owned stall that specialises in bamboo-steamed rice. Made according to a time-honoured recipe from the stall owner’s mother-in-law, this delicious dish comes paired with different types of rendang that each lands its own flavour bombs and will have you gobbling up your meal in no time. 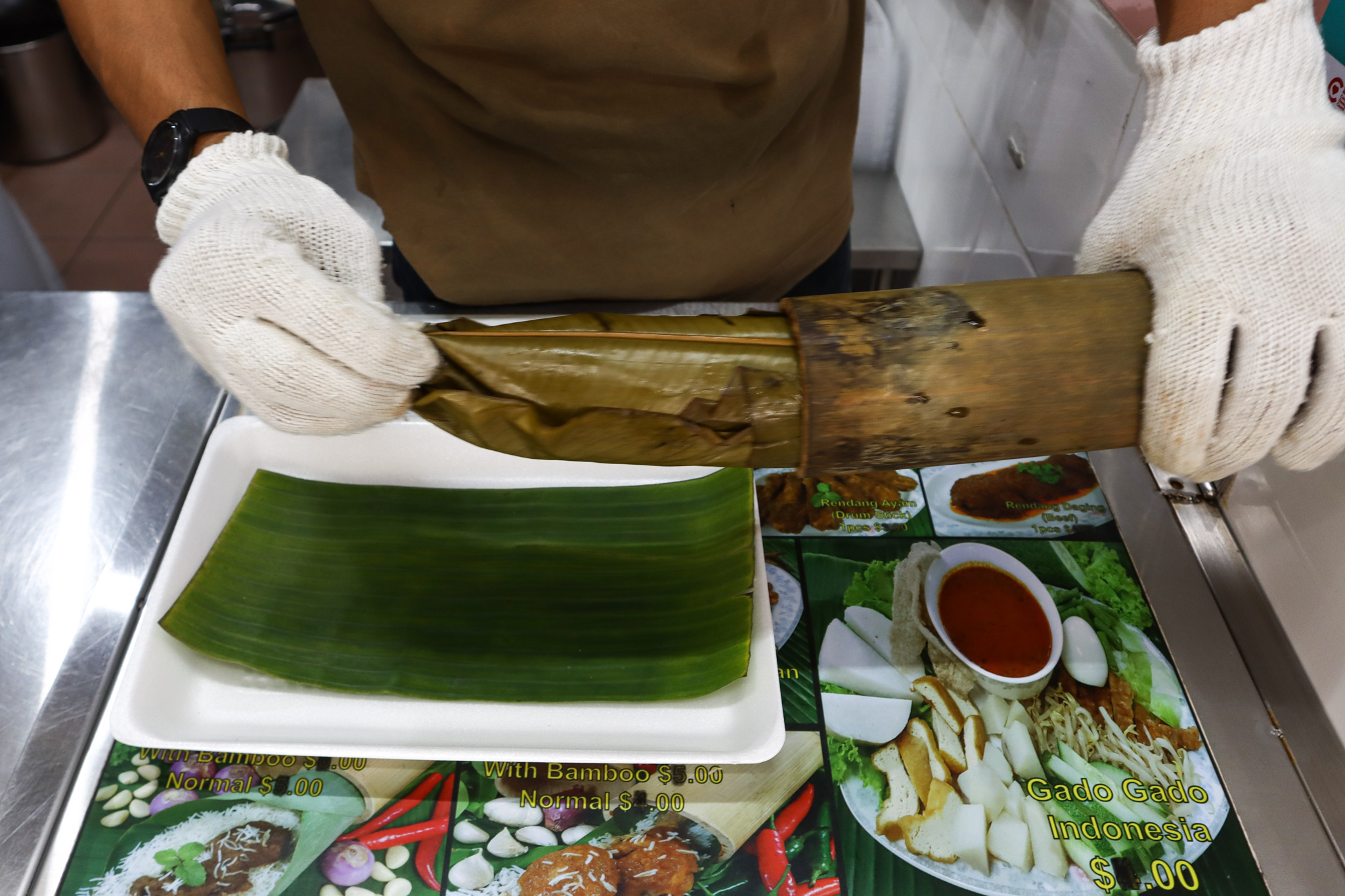 Preparing the bamboo rice takes between two to three hours. Basmati rice and rendang are first wrapped in a daun lerek leaf before being steamed in a tube of bamboo, which means double the flavour infused into the rice. All the variations of rendang are smothered in different house-made sauces. 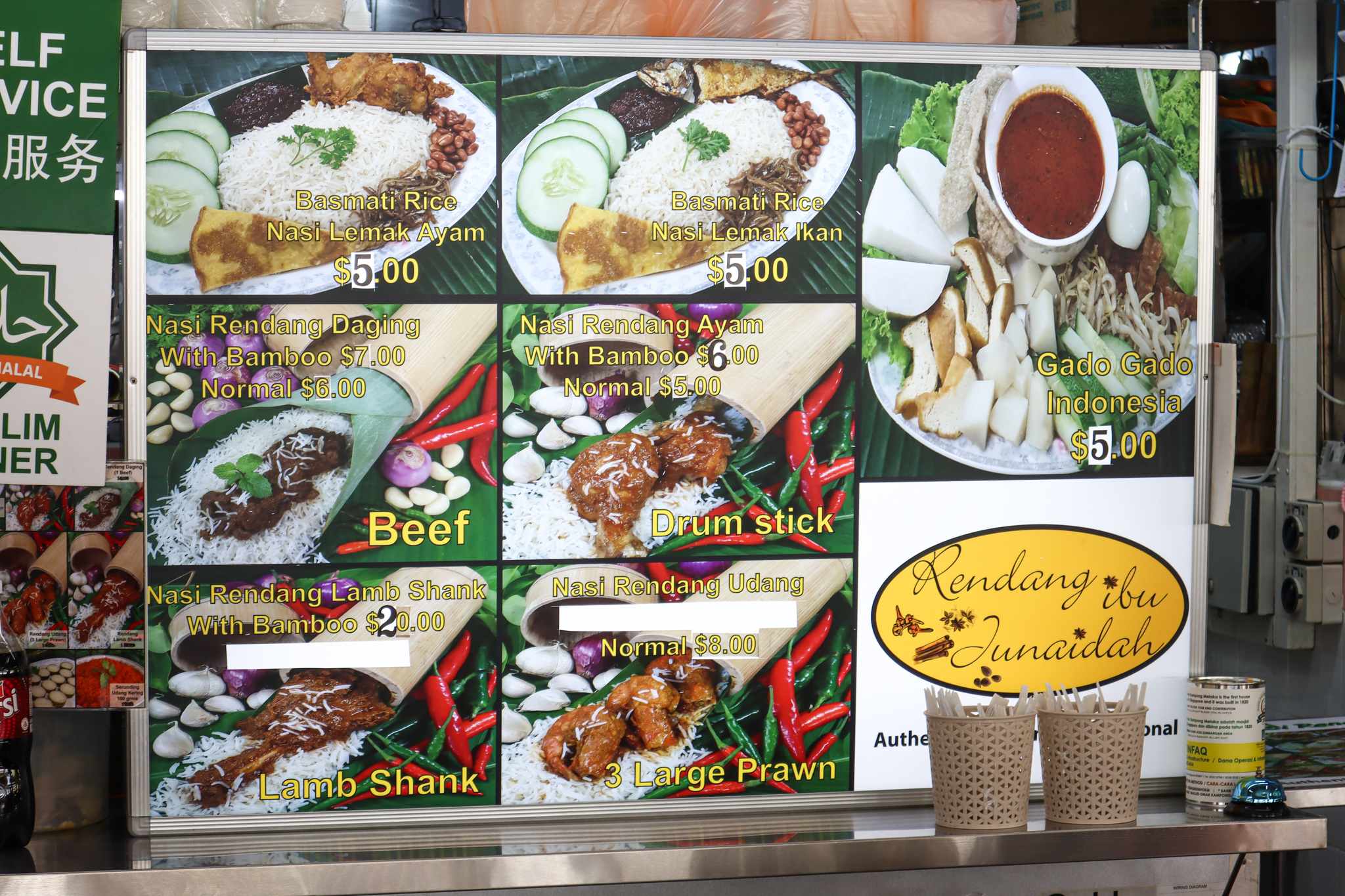 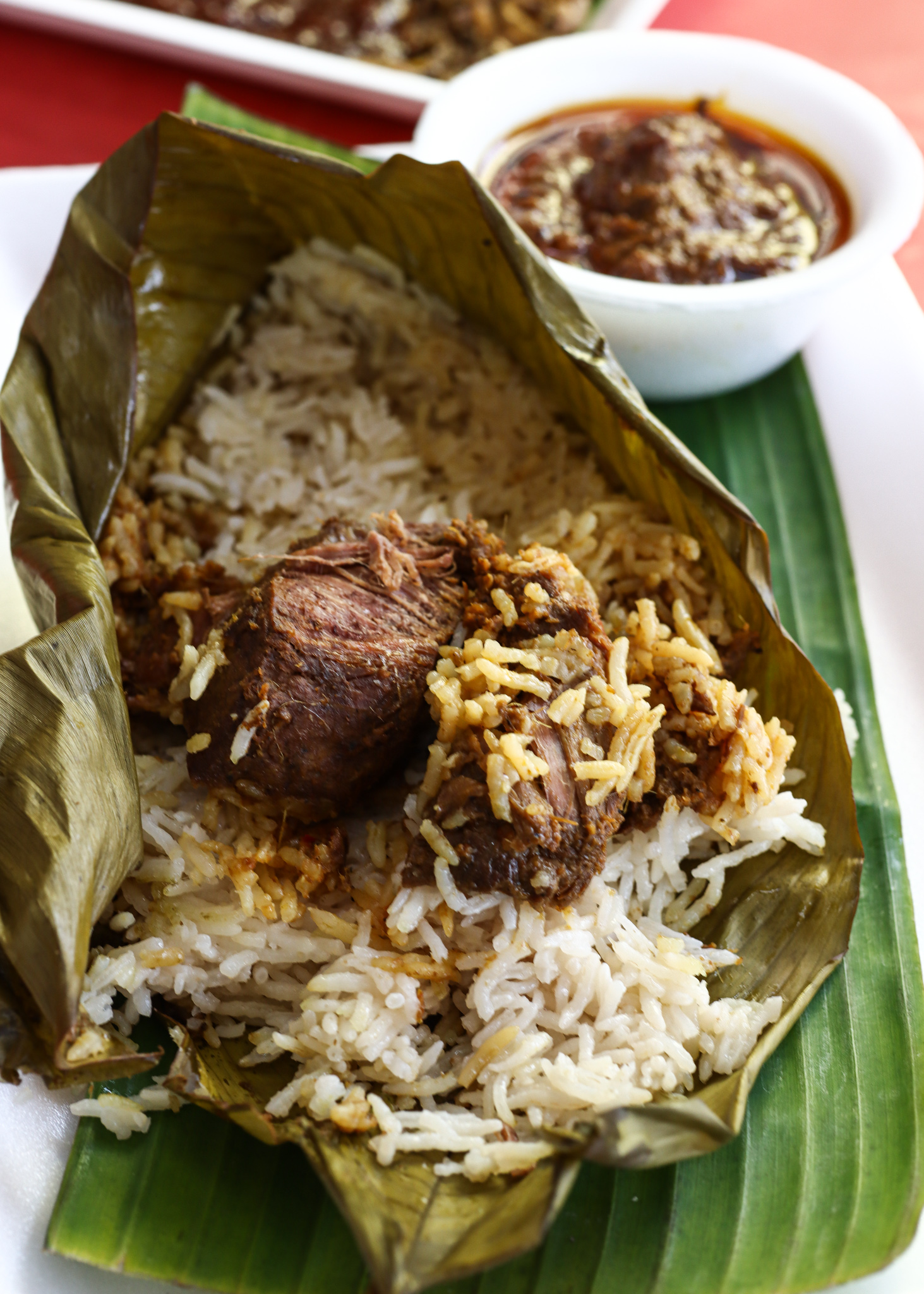 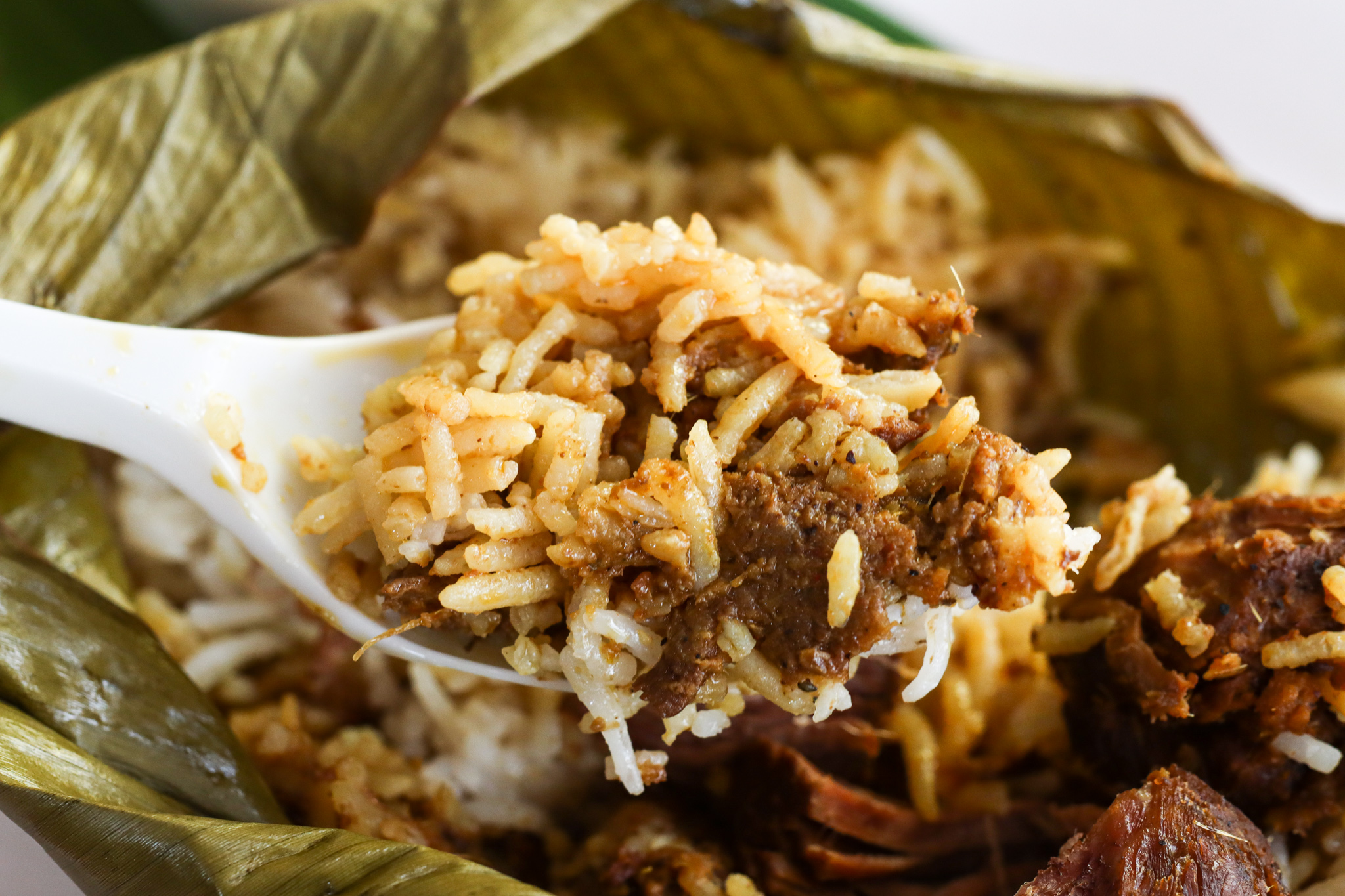 I opted for the Nasi Rendang Daging with Bamboo which was served wrapped up in the daun lerek with a side of the beef rendang sauce. The basmati rice was slightly moist and had an a lovely fragrance thanks to the steaming process. The grains already tasted great on their own but the parts that had soaked up some of the rendang sauce that was cooked together with it made it even more flavourful. 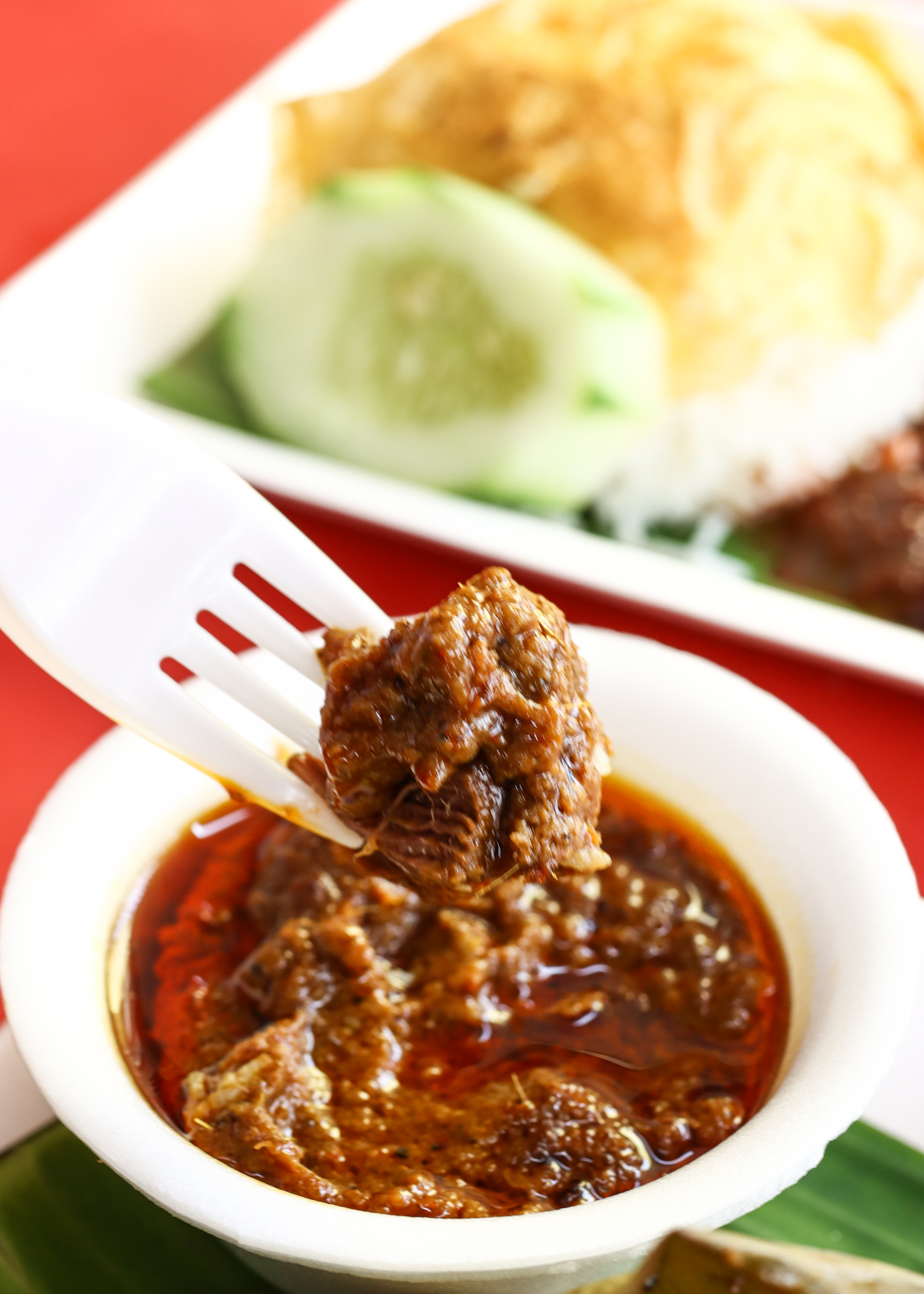 The chunks of beef were super tender and tasted wonderfully beefy with just a hint of sweetness. It was a little on the dry side but that’s where the rendang sauce on the side comes into play. The punch of spice hit me in about three seconds after my first bite and I have to say that it was a match made in heaven with the beef. 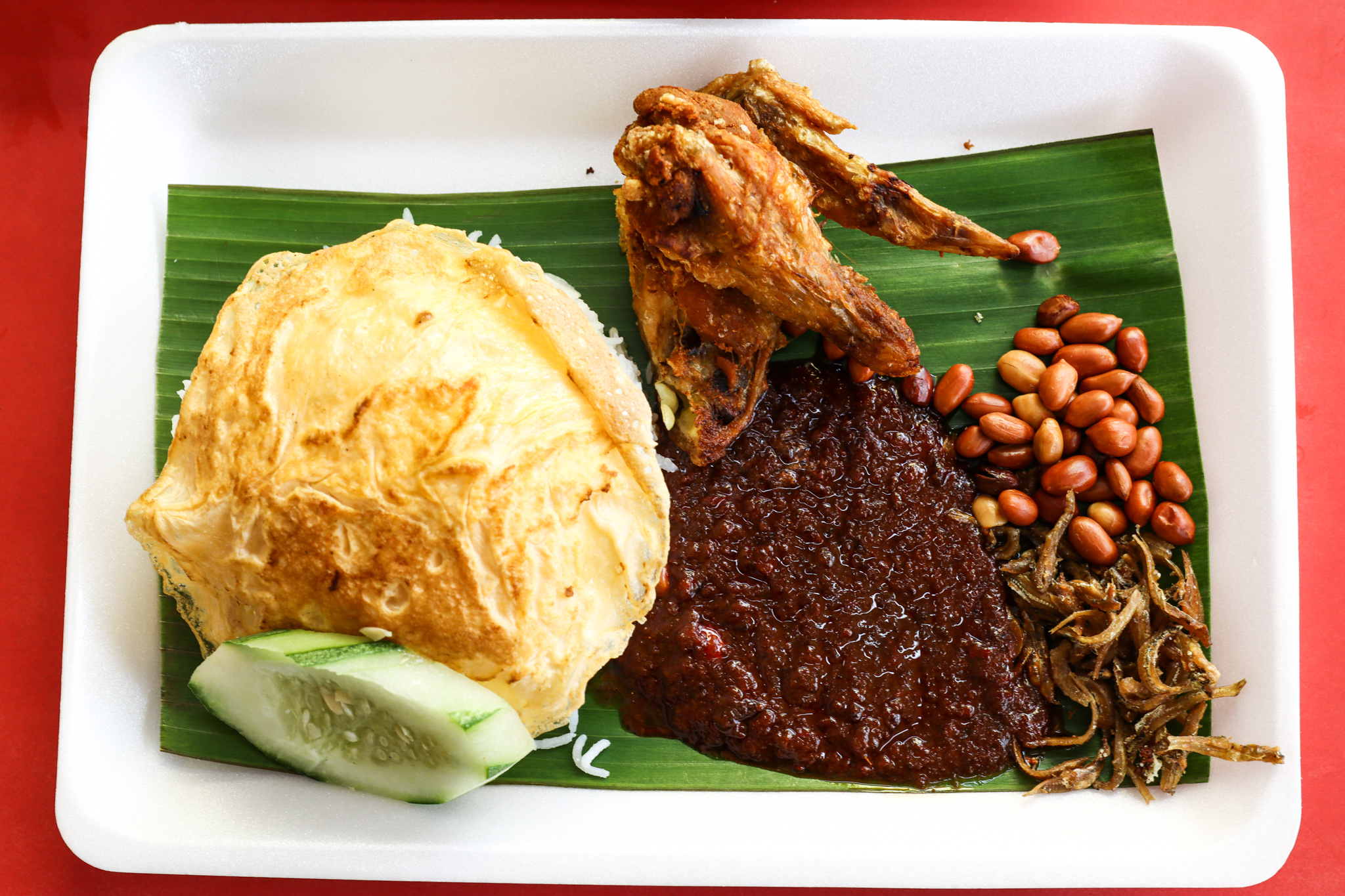 I also decided to try the Nasi Lemak Ayam, which came with the usual suspects of ikan bilis, nuts, a generous portion of their house-made sambal chilli, a thin omelette draped over the basmati rice and a fried chicken wing and drumstick. 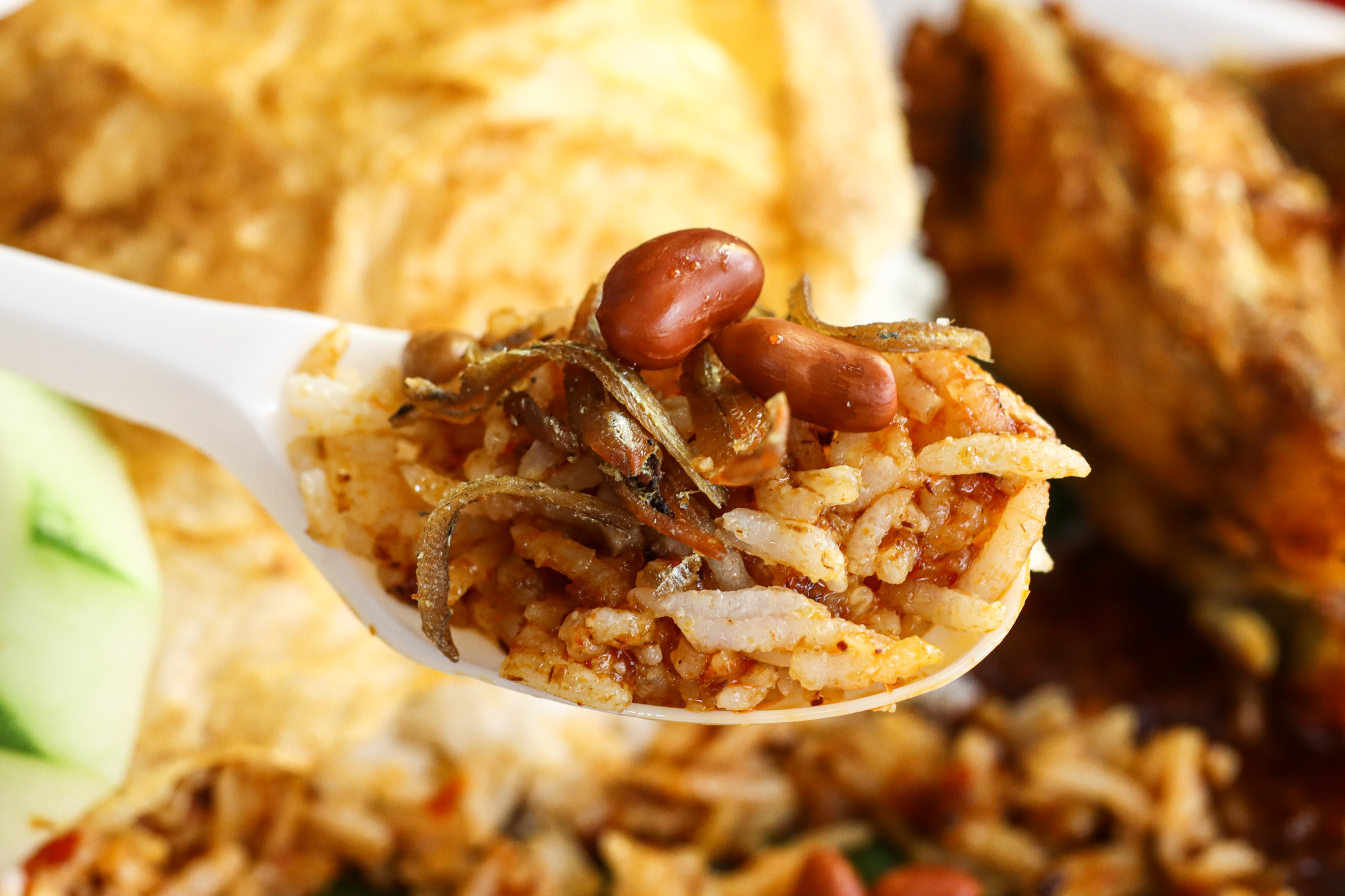 The sambal chilli was on the tangy side and delivered a good amount of spiciness when mixed with the fluffy basmati rice. The only slight drawback was that the rice could have afforded to have more of the coconut fragrance that is essential when it comes to nasi lemak. 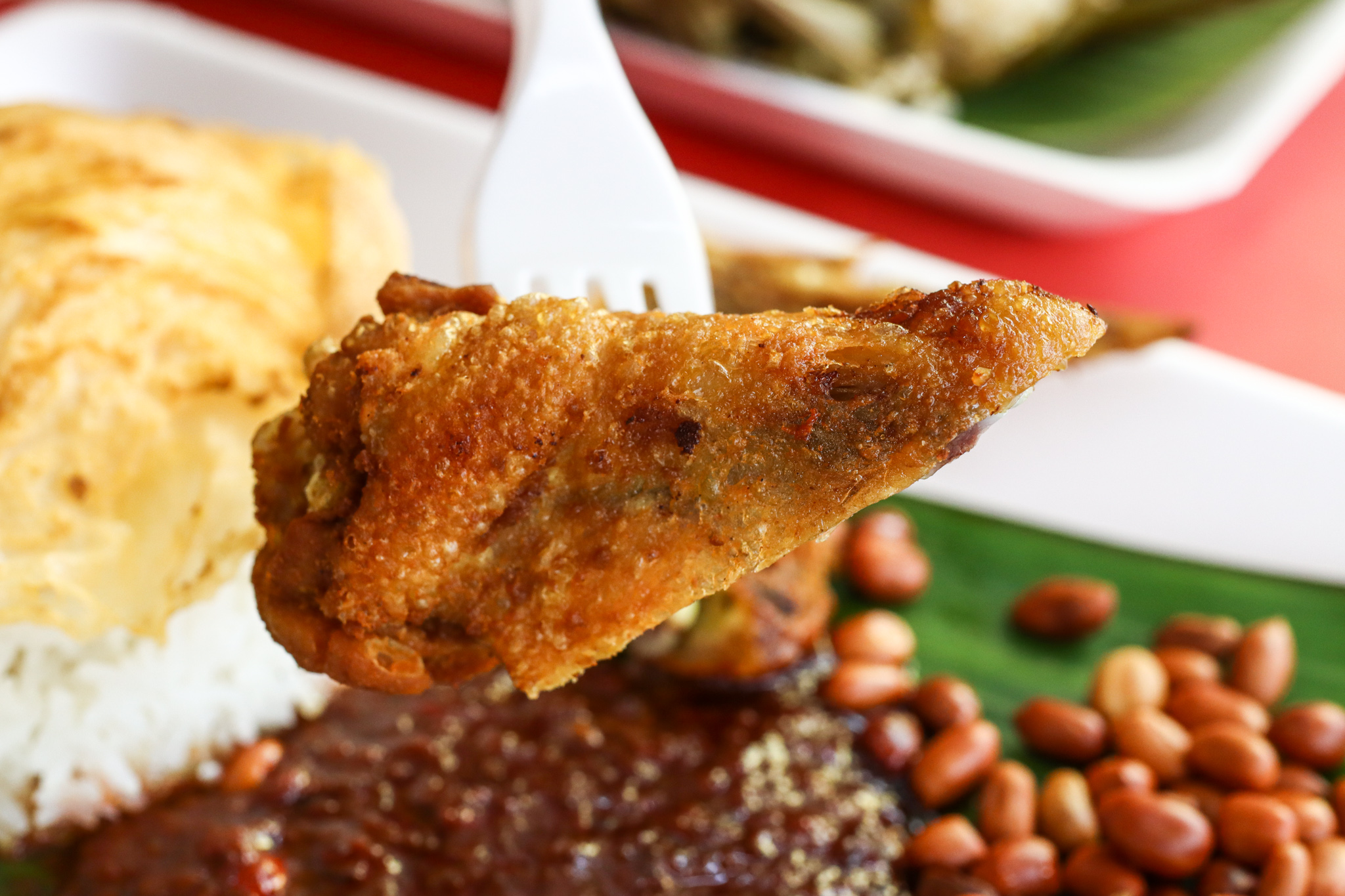 The chicken wing and drumstick were rather dry on the outside, which made eating with the provided plastic utensils a challenge. But once I got over that hurdle by using my hands, the meat inside wasn’t too dry and tasted rather flavourful. 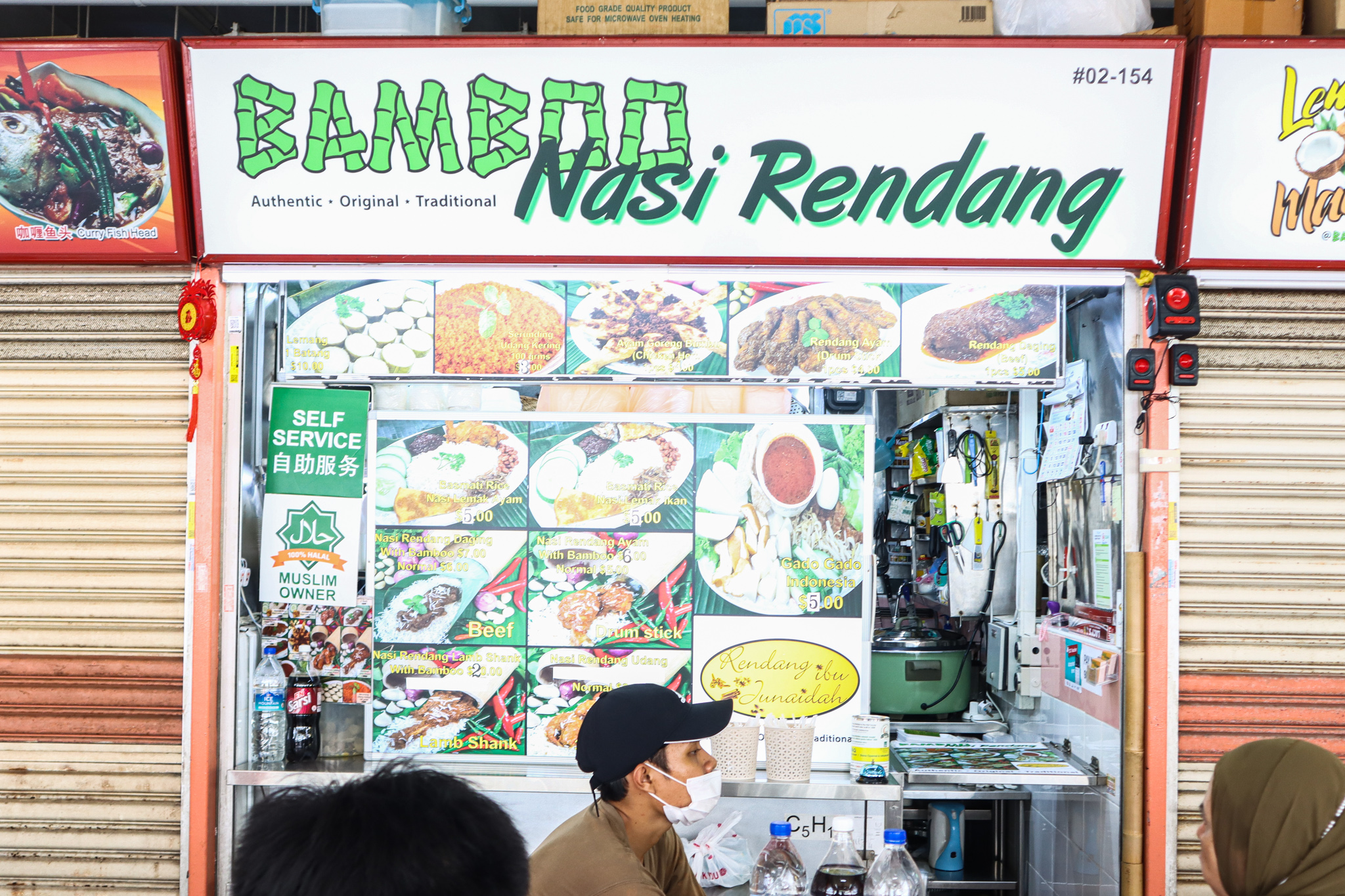 Bamboo Nasi Rendang was a refreshing change of pace from the usual stalls in Chinatown Complex Food Centre and their bamboo nasi rendang is certainly enough to rival the more popular stalls in the area. Be sure to visit before the queues start to get longer as the bamboo nasi rendang is only available in limited quantities due to the rather tedious process of preparing it.

Let’s build a food community that helps to update the food news in Singapore! Simply comment below if there’s any changes or additional info to Bamboo Nasi Rendang. We will verify and update from our side. Thanks in advance!