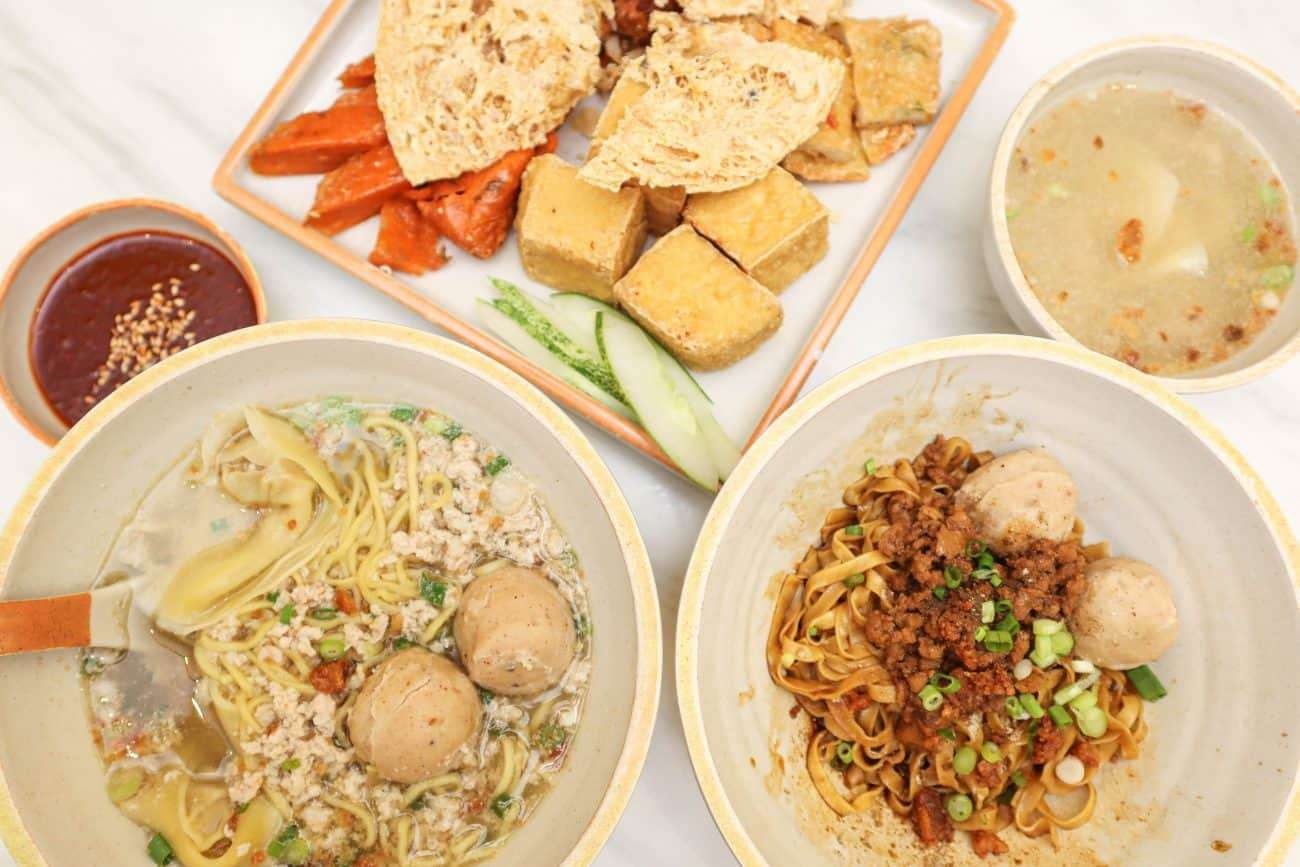 Looks – or in this case, names – can be deceiving. If you’re a blur sotong like me, please take note that Bedok Bak Chor Mee is not located in Bedok. Rather, this eatery specialises in the soup version of bak chor mee that is known to Singaporeans as Bedok-style Bak Chor Mee, thanks to famed hawker stalls like the ones in Bedok 85. In fact, those same stalls inspired the owners of the Clarke Quay eatery to create their own rendition of Bedok-style Bak Chor Mee. 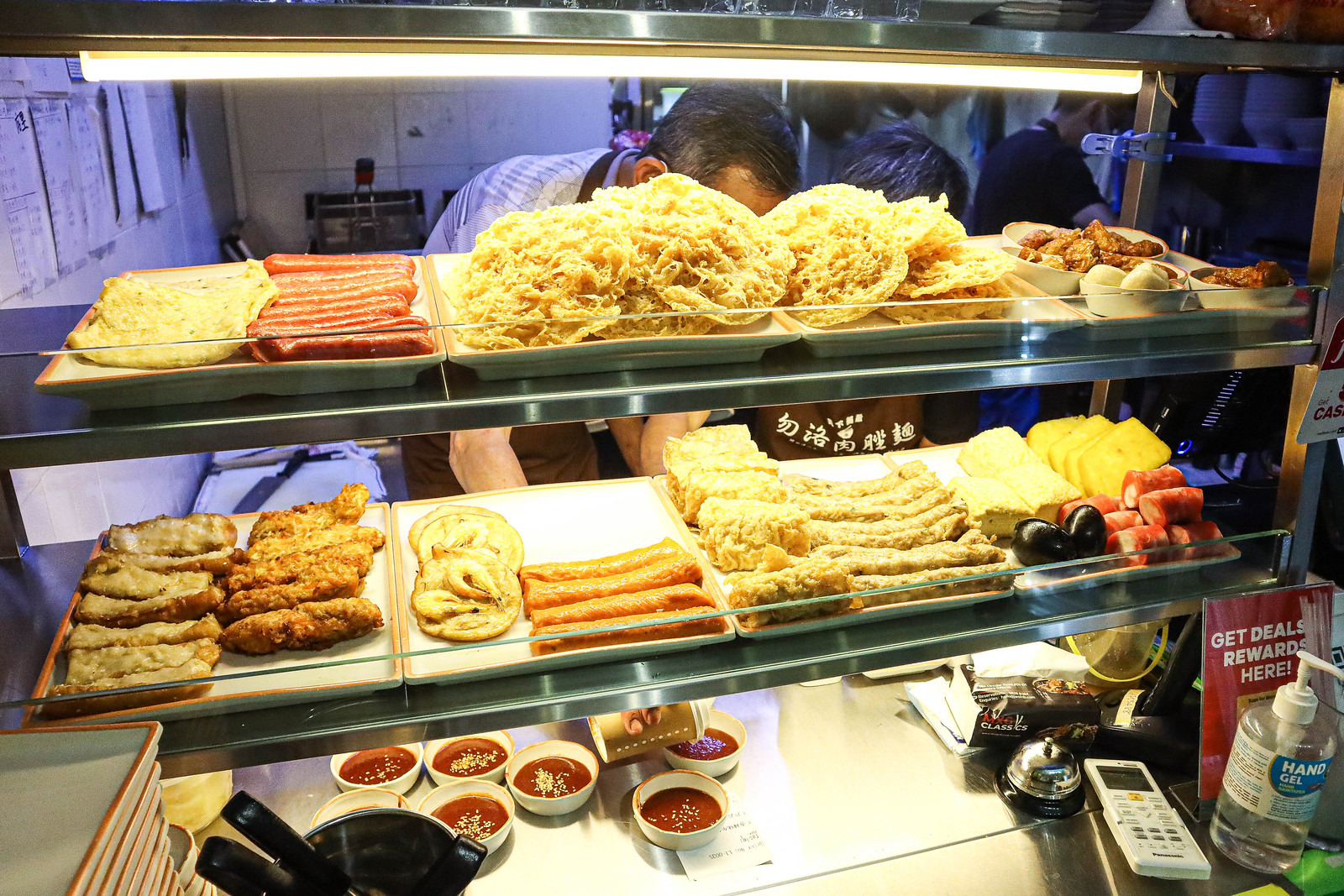 Located along the stretch of bars and restaurants on Circular Road, it’s a popular place for CBD workers looking for an affordable, no-fuss option during their lunch break. Apart from the soupy bak chor mee, there is also your standard dry alternative, a variety of ngoh hiang such as fishball ($0.60), sotong you tiao ($1.50) and yam roll ($1.80). You can customise your own platter, and get side dishes like fried wanton and spam fries. 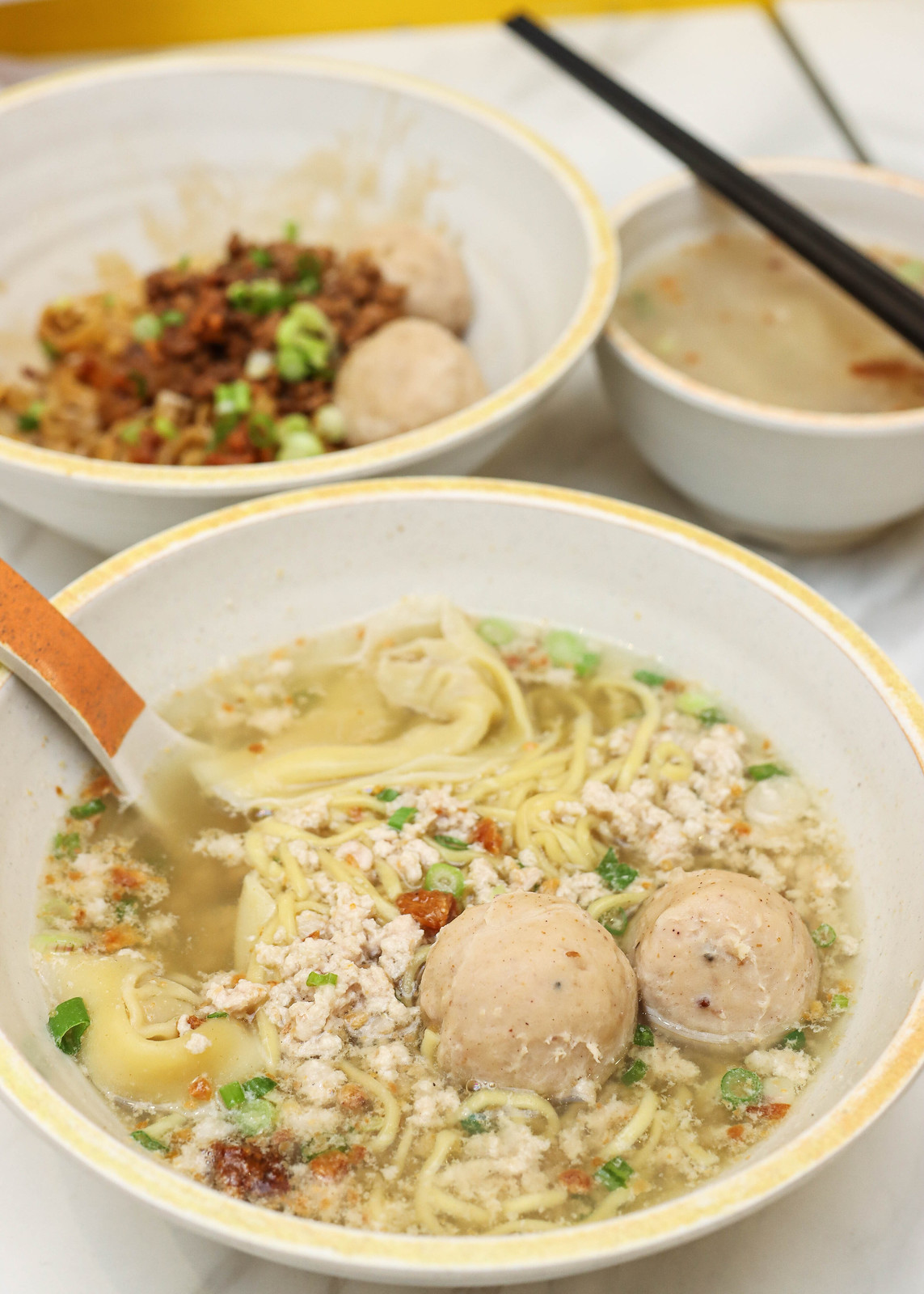 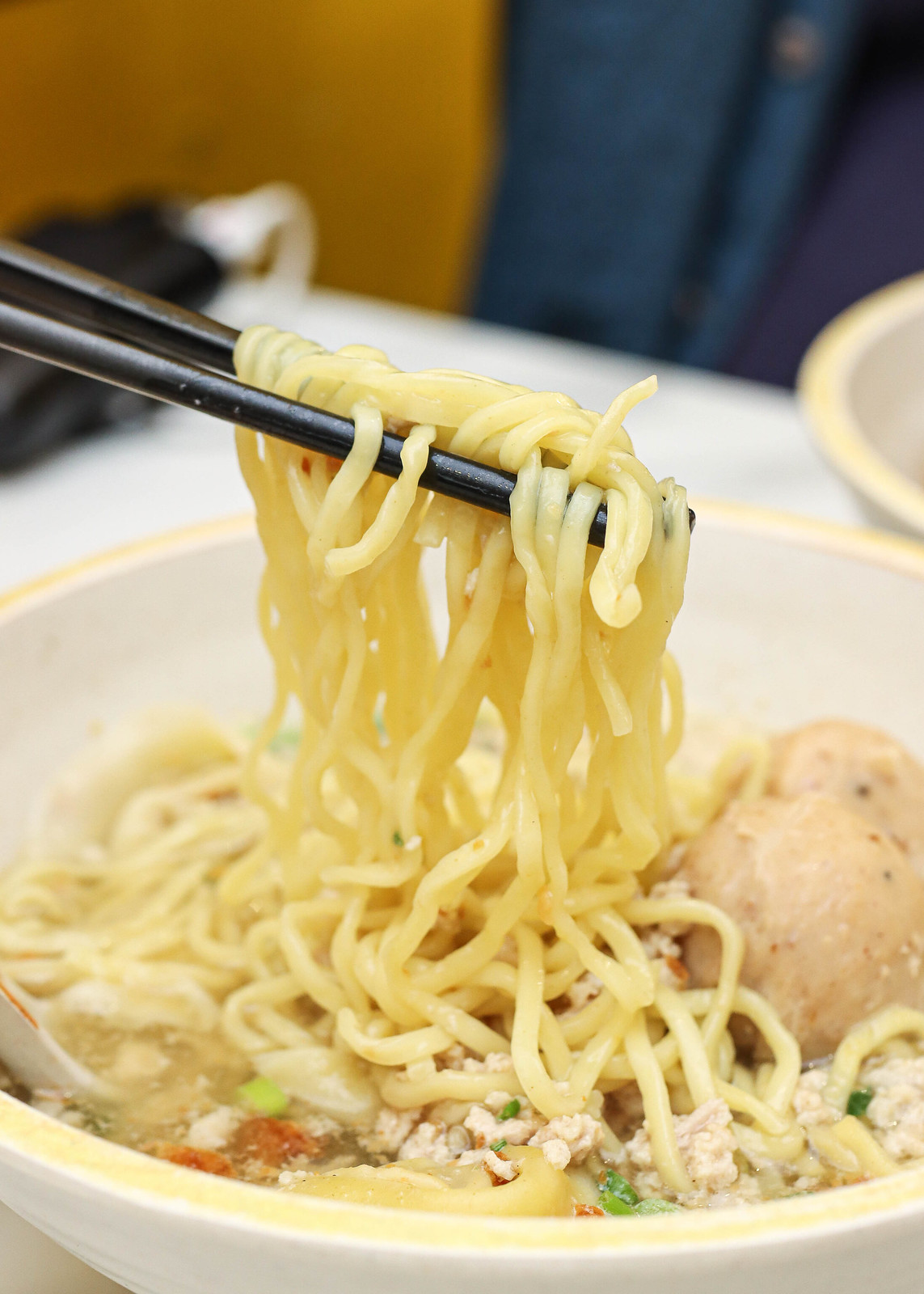 For my soup bak chor mee ($5/7), I opted for the mee kia, which was nice and springy in the sweet refreshing broth. 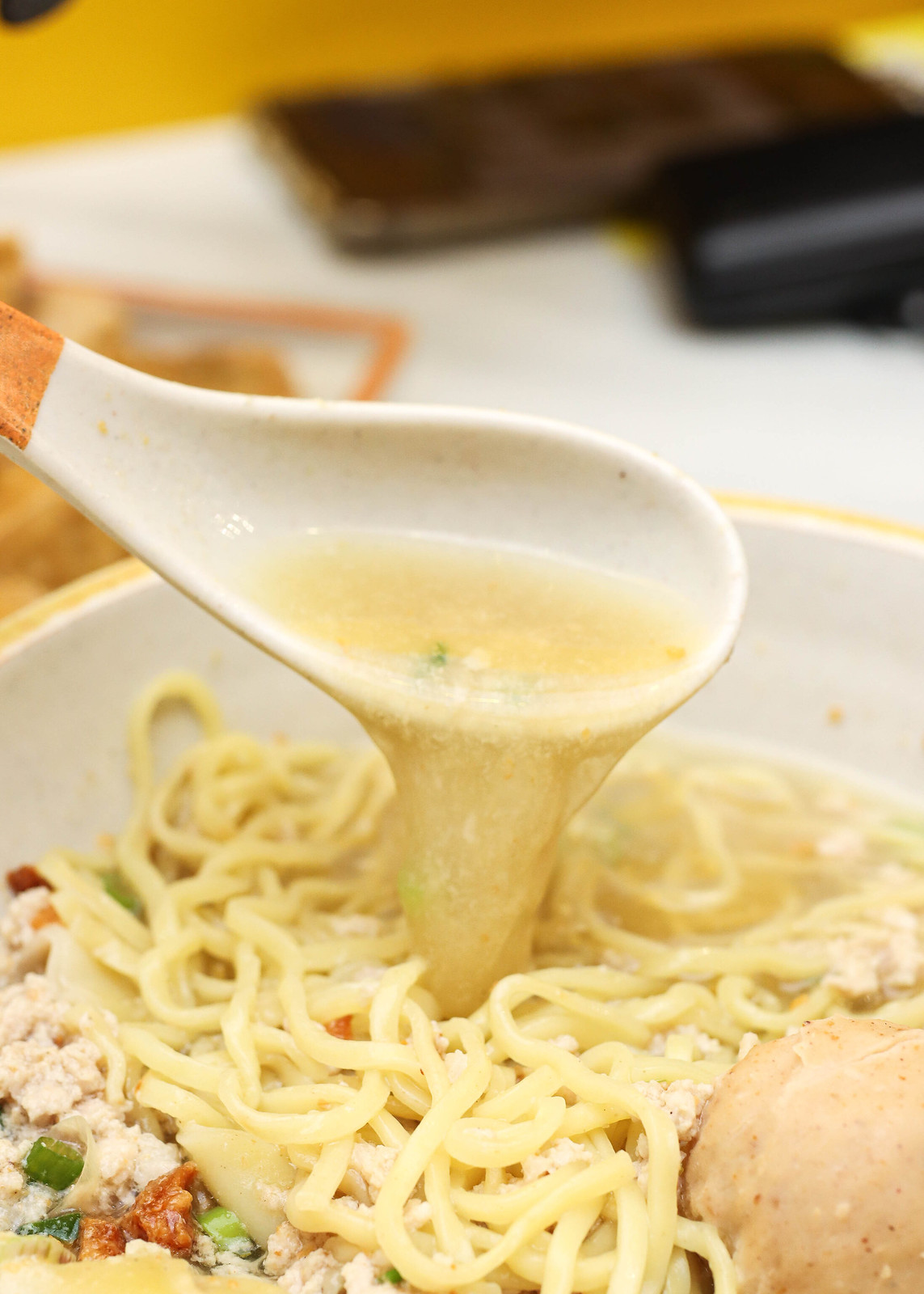 Floating around in the otherwise clear soup were bits of lightly marinated minced pork that made a good match with the noodles and broth. The only thing I found a little weird was the occasional pieces of charred lard that didn’t lend any flavour to the dish. 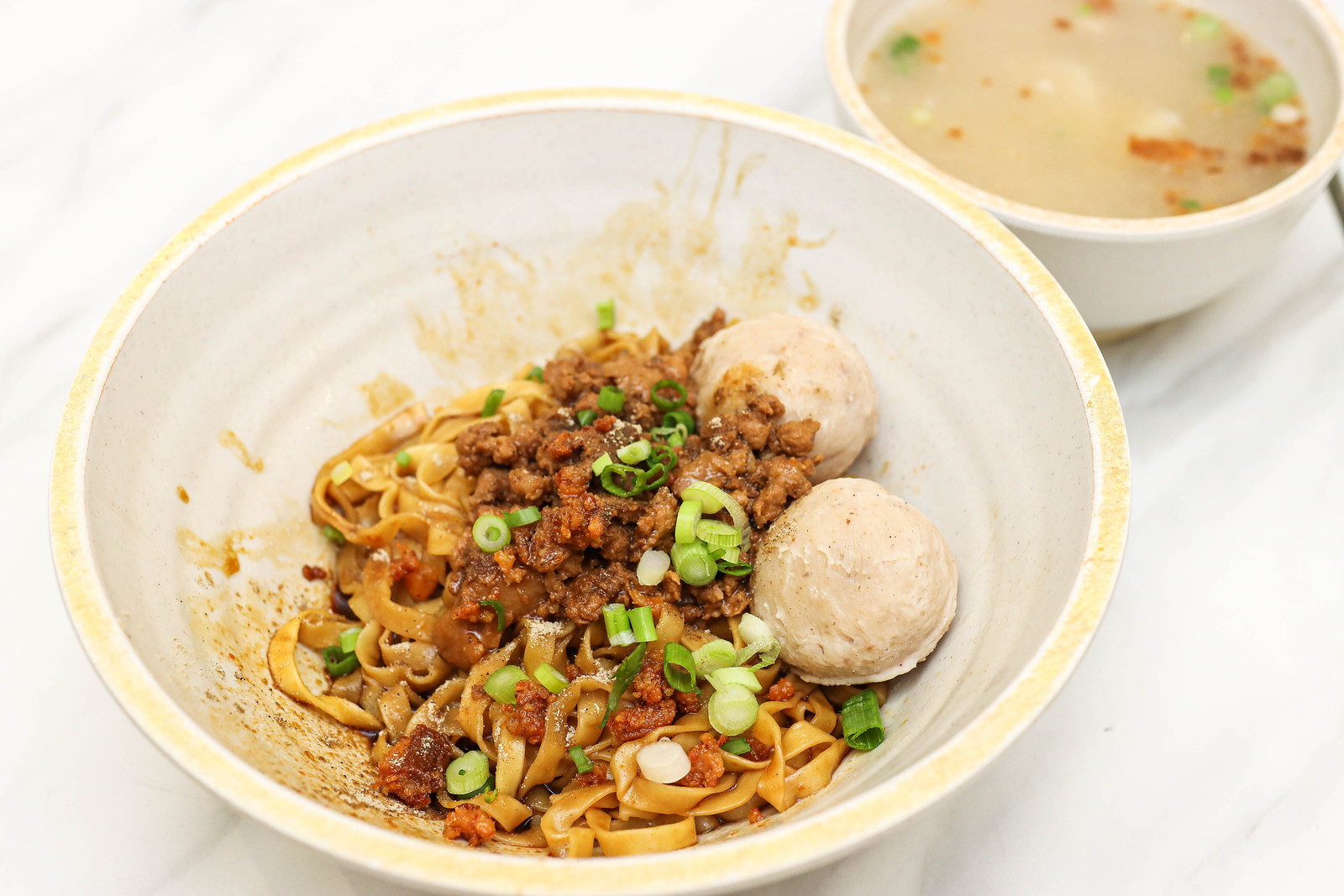 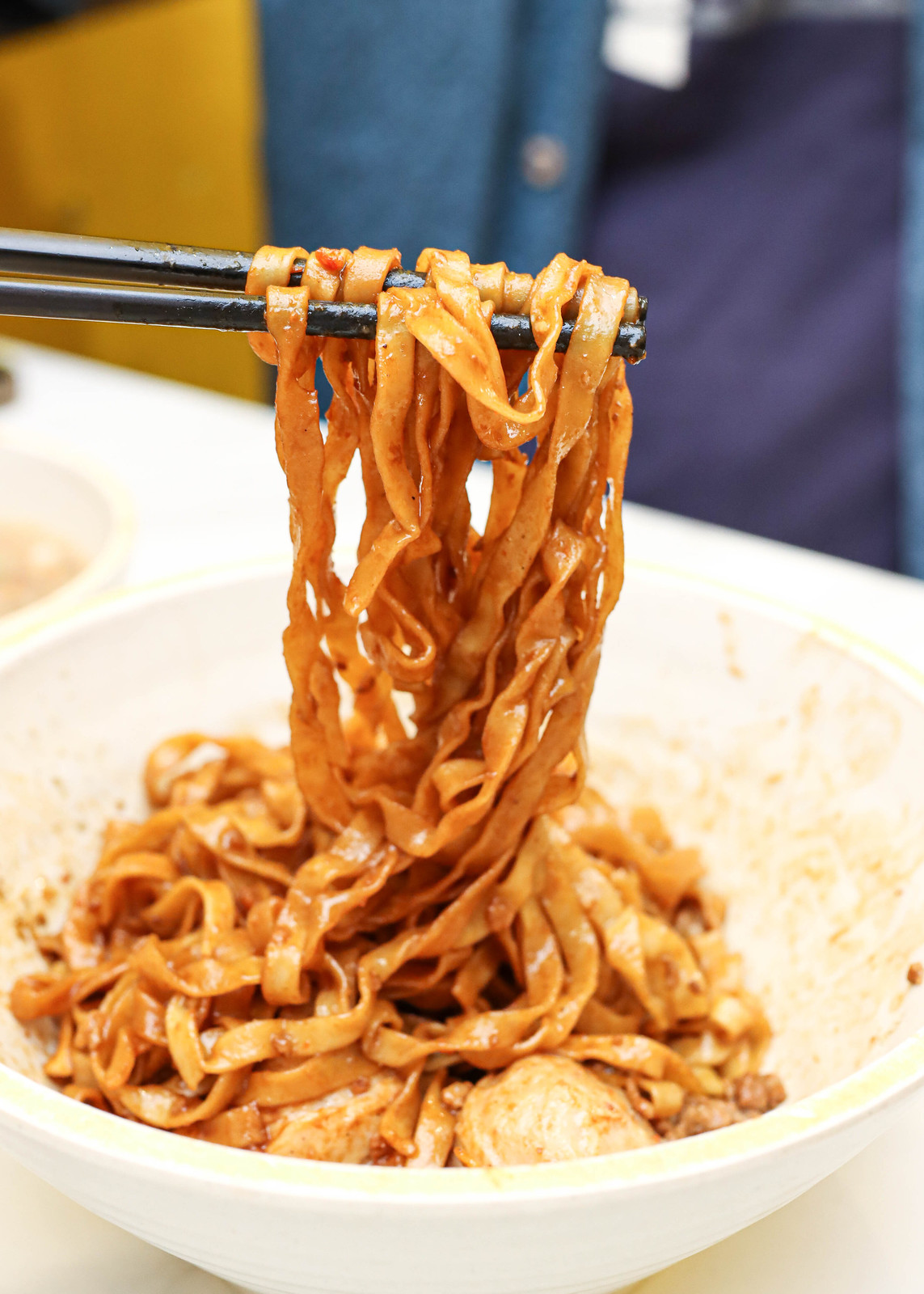 My favourite was the dry bak chor mee ($5/7). I decided to get the classic mee pok, which had a good bite and went amazingly with the piquant sauce. I’m going to go into fangirl mode for a bit because that’s just how much I enjoyed it. It was deliciously flavourful, with just the right amount of spice that lingered without incinerating my tastebuds. As for the minced pork, it was fragrant and perfectly seasoned; I would love to take a pack of it home and eat it with rice. 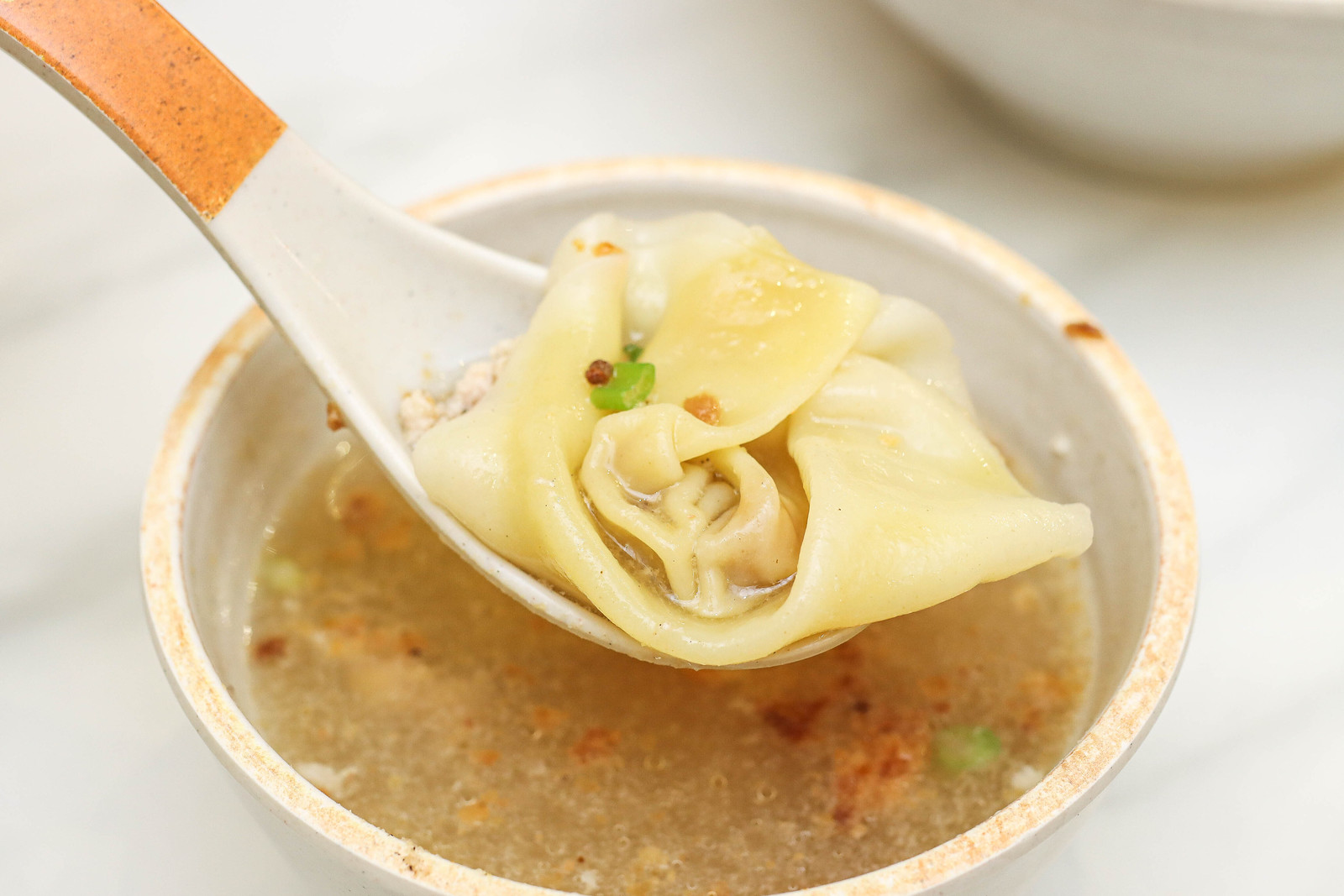 Unfortunately, the wantons were quite a letdown. There was too much skin and way too little meat that it was almost dismal. I couldn’t even bite through it to get pictures because it was just gone in one bite, to the point where I don’t even have much of an opinion on the meat because it was too hard to discern the taste with that minuscule amount. They used a different broth for the dry bak chor mee, with it being more peppery with sweet undertones compared to the soup bak chor mee. 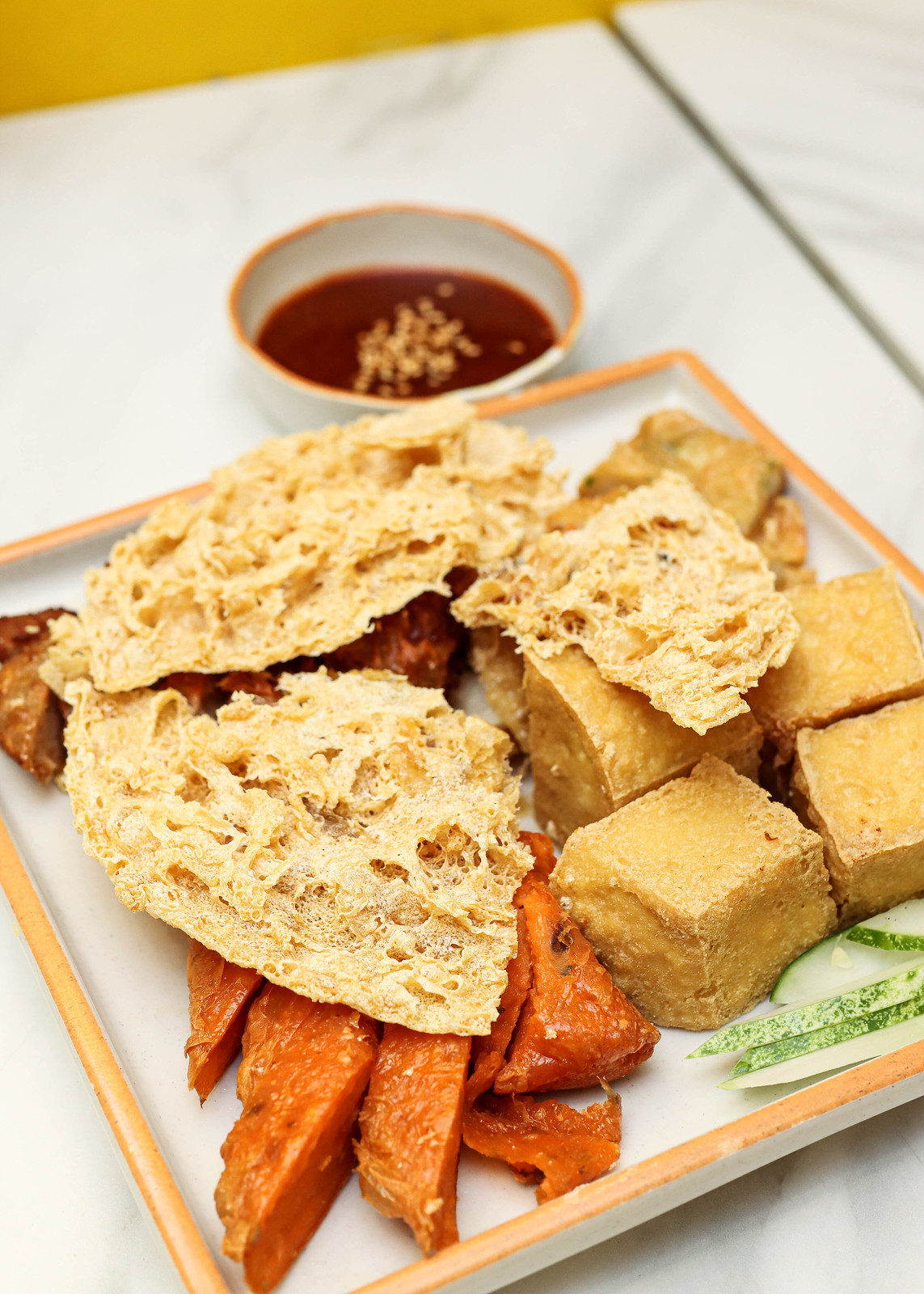 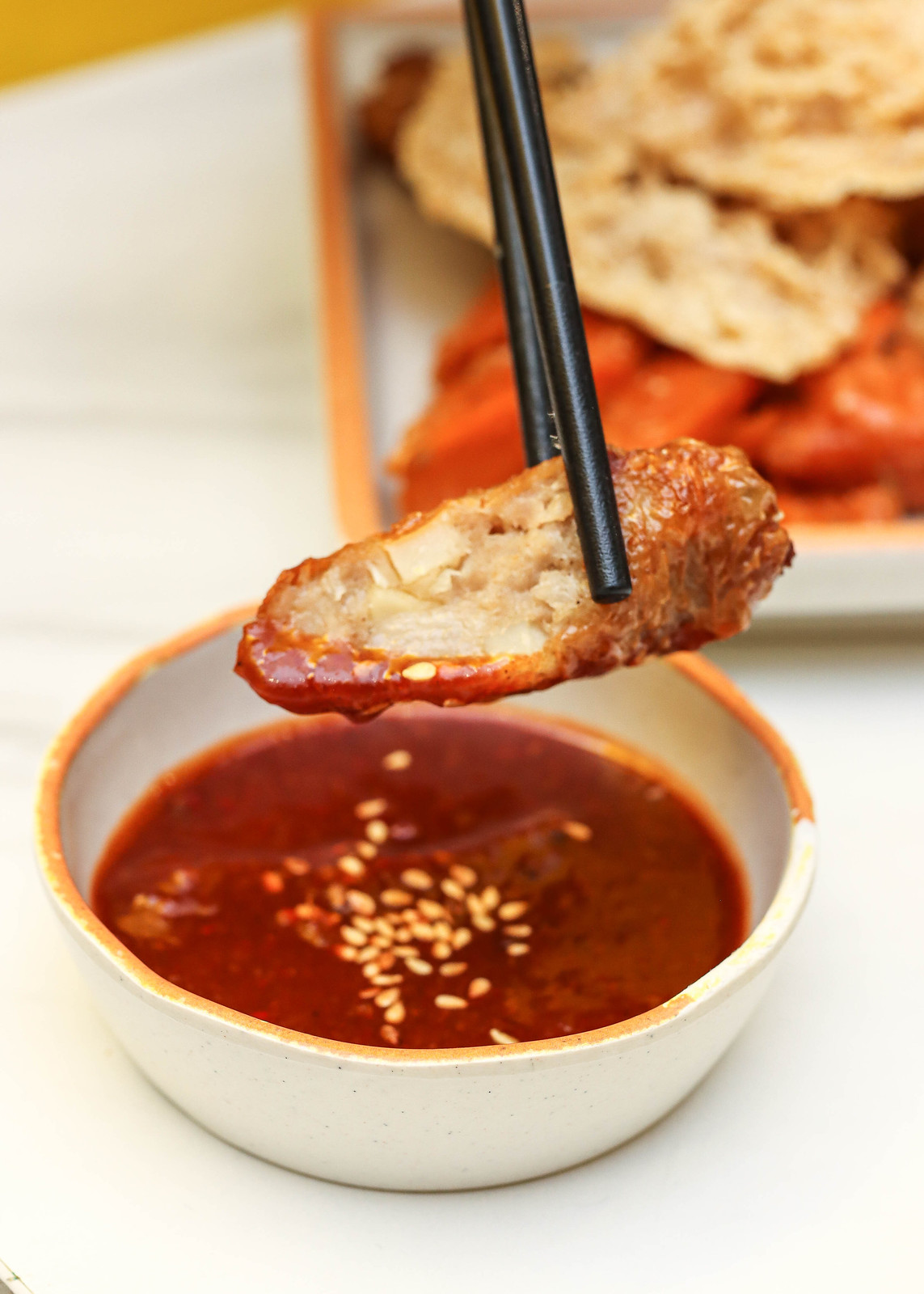 I’d recommend dunking the crispy crackers into the soup to soften it up and dipping the white fish rolls into the spicy-sweet sauce. The otah wasn’t really spicy but I appreciated that it was meaty enough, proportion-wise. I was a touch confused by the sweetness of the ngo hiang rolls as I prefer mine on the salty side. 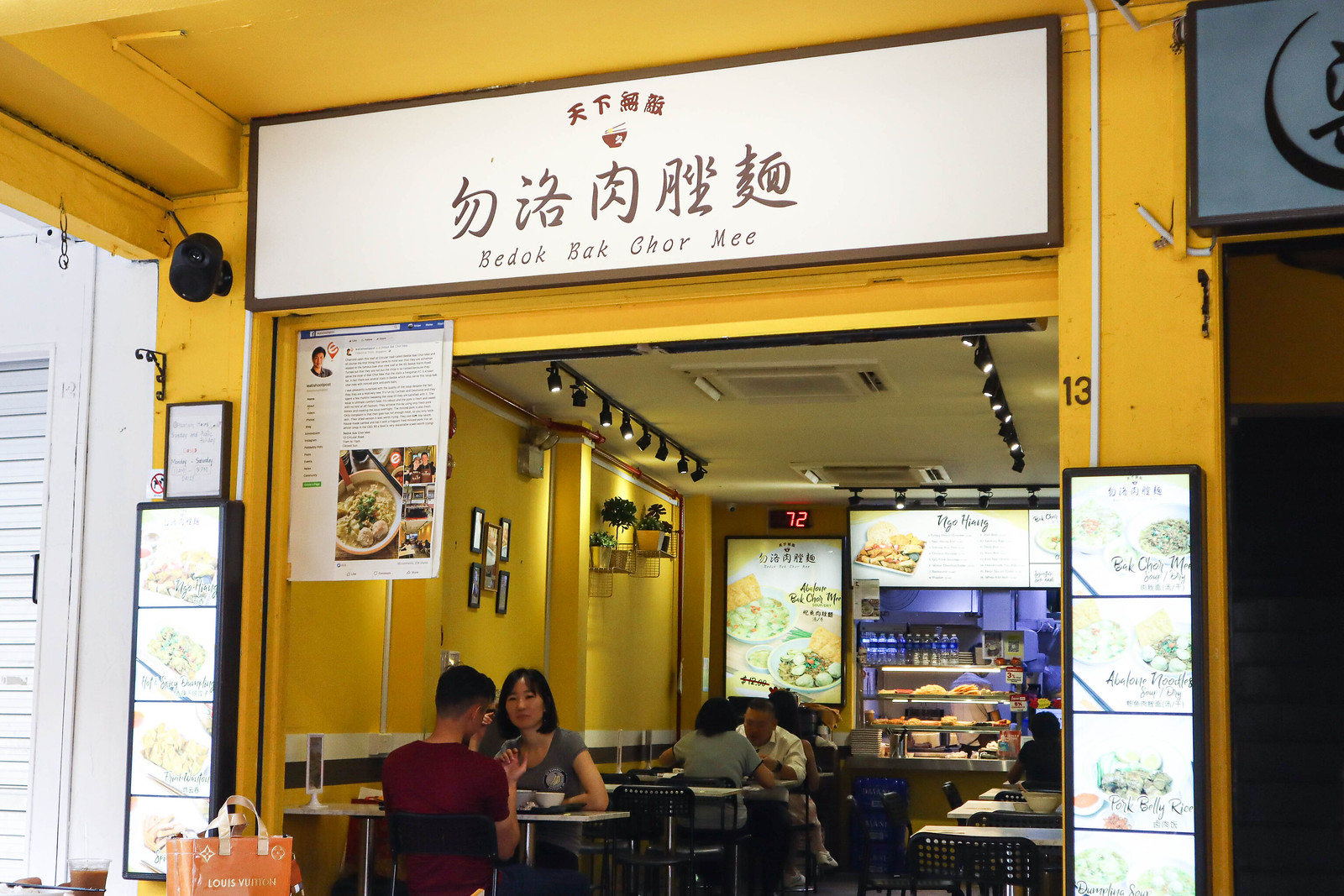 While my vote still goes to the OG Bedok bak chor mee, this rendition was not too bad. I can see myself popping by after getting drinks at one of the bars in the area and warming my stomach with a nice, hot bowl of Bedok-style Bak Chor Mee.

Let’s build a food community that helps to update the food news in Singapore! Simply comment below if there’s any changes or additional info to Bedok Bak Chor Mee. We will verify and update from our side. Thanks in advance!