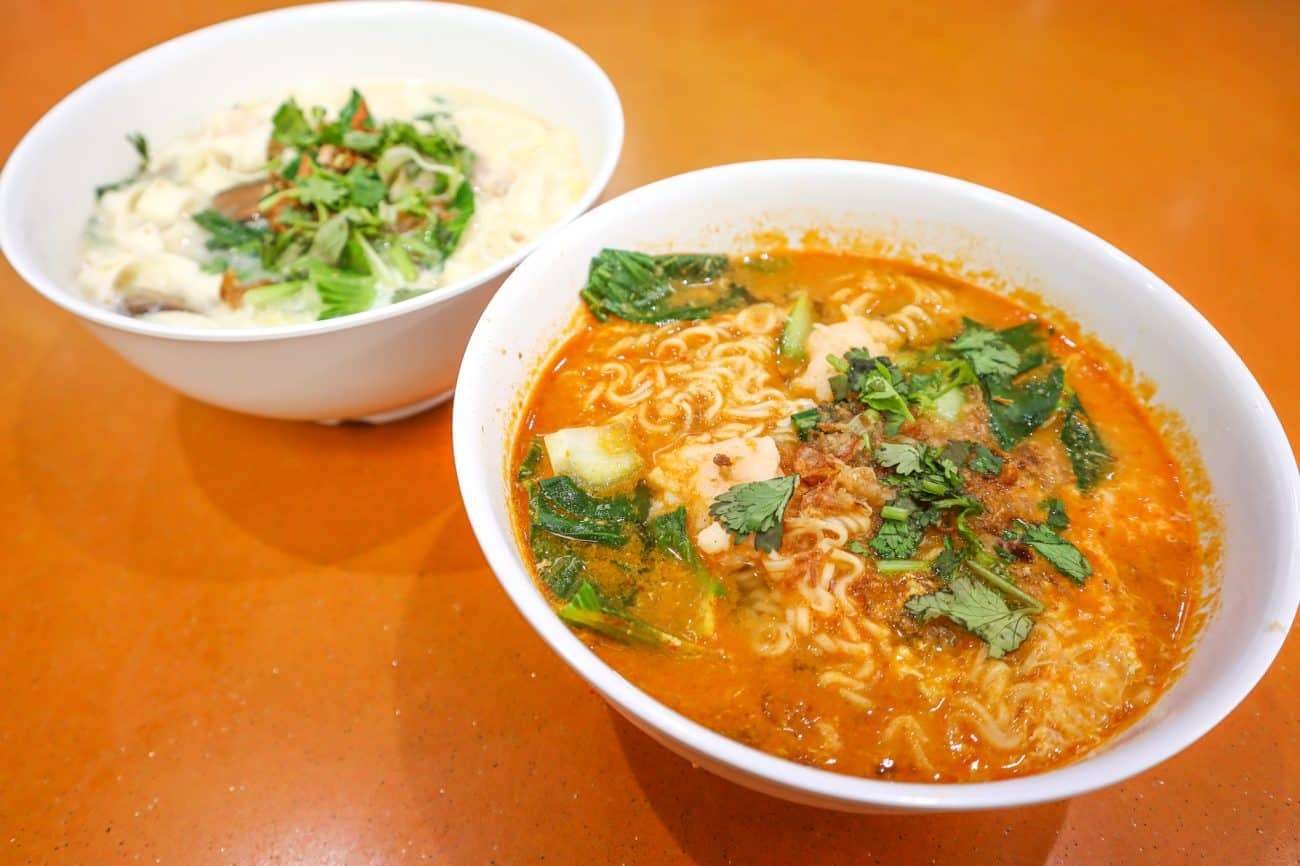 Ke kou mian has always been a supper option (or hangover food) but what do you think about having it for breakfast? Here’s one stall that rolls out operations at 8am before calling it a day at 2pm. Located in Taman Jurong Market & Food Centre, family-run business Cai Ji Ke Kou Mian is the newest face in the bustling hawker centre. 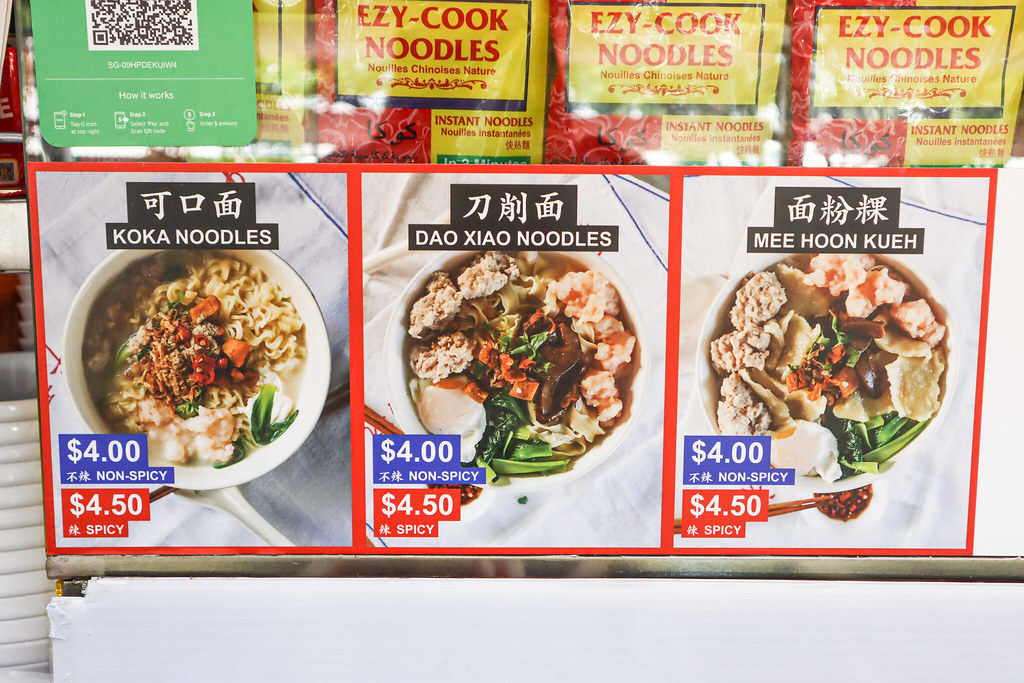 They’ve got a simple menu with just two types of broth ($4 for non-spicy and $4.50 for spicy) and three choices of noodles: Koka, Dao Xiao and Mee Hoon Kueh. They even have their own customised T-shirt for sale at $15 for sizes S to XL and $17 for XXL for those who are real big fans; a simple white tee with the words 我爱可口面 (I Love Ke Kou Mian). 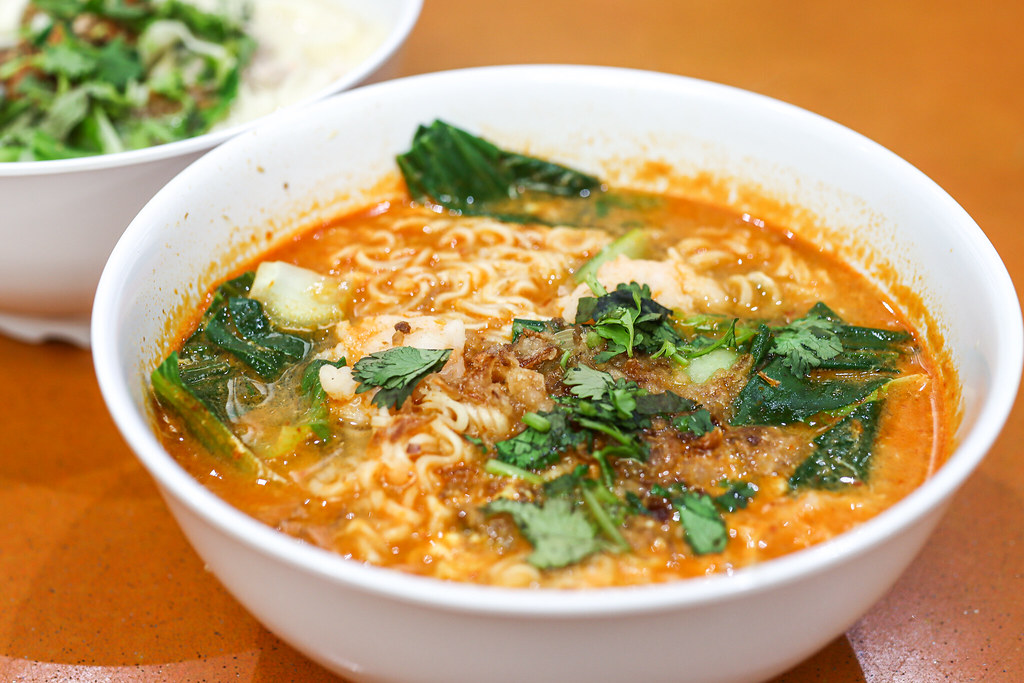 The most popular choice is the Spicy Koka Noodles, which is topped with handmade prawn paste chunks, minced meat, greens and fried shallots. 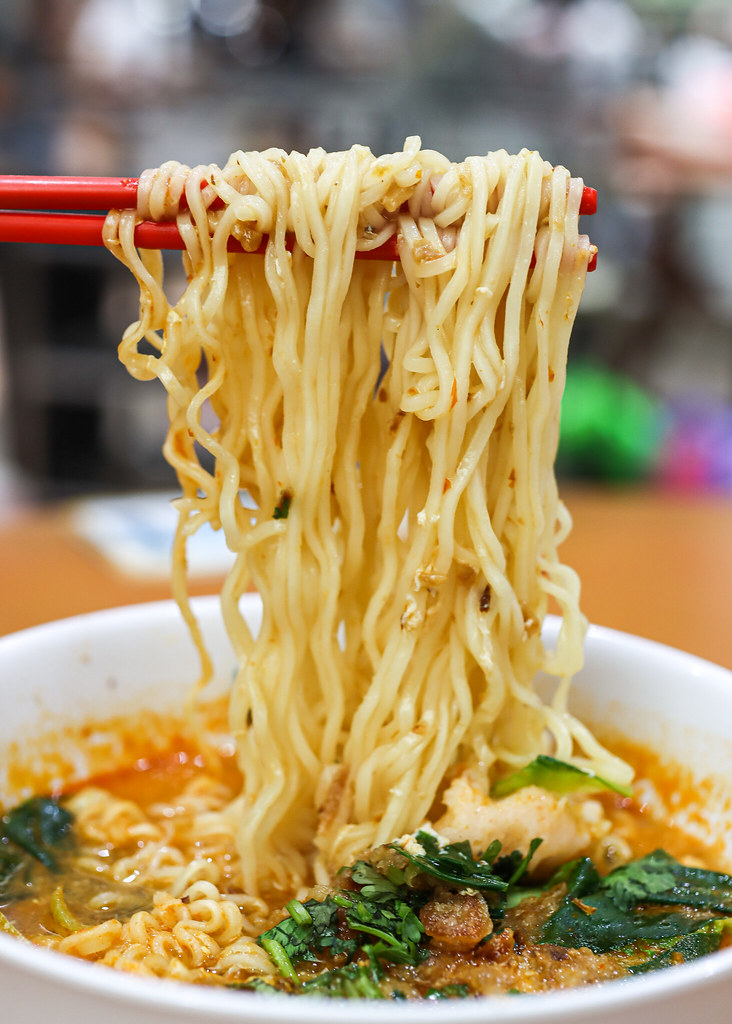 The QQ koka noodles were pleasantly springy and remained so even after being soaked in the soup for some time. It might be simple but there’s just something about these instant noodles that brought about a feeling of comfort with each bite. 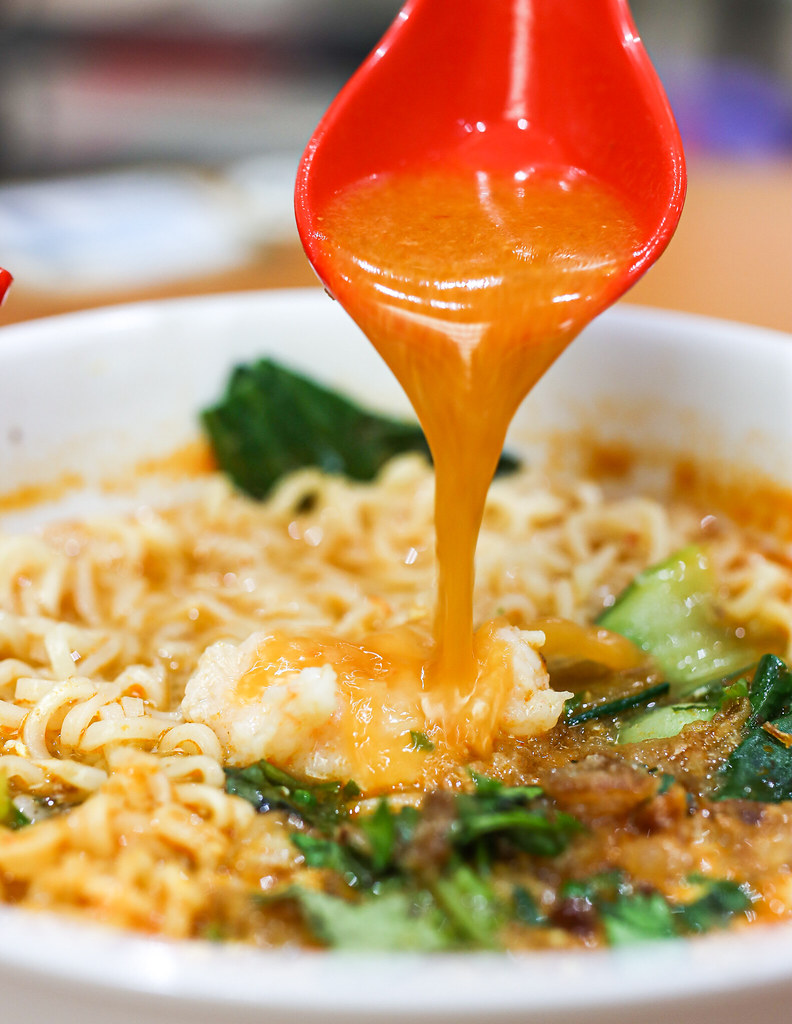 If you’re not good with spicy food but still are game to challenge yourself would fare pretty well with the spicy broth. The tomato-like base of the soup held a good balance of spiciness and tanginess with just a hint of sweetness. My companion, who happened to be someone who has no love for spiciness, took a sip and commented that “it’s spicy but there’s no urge to drink water with it”. 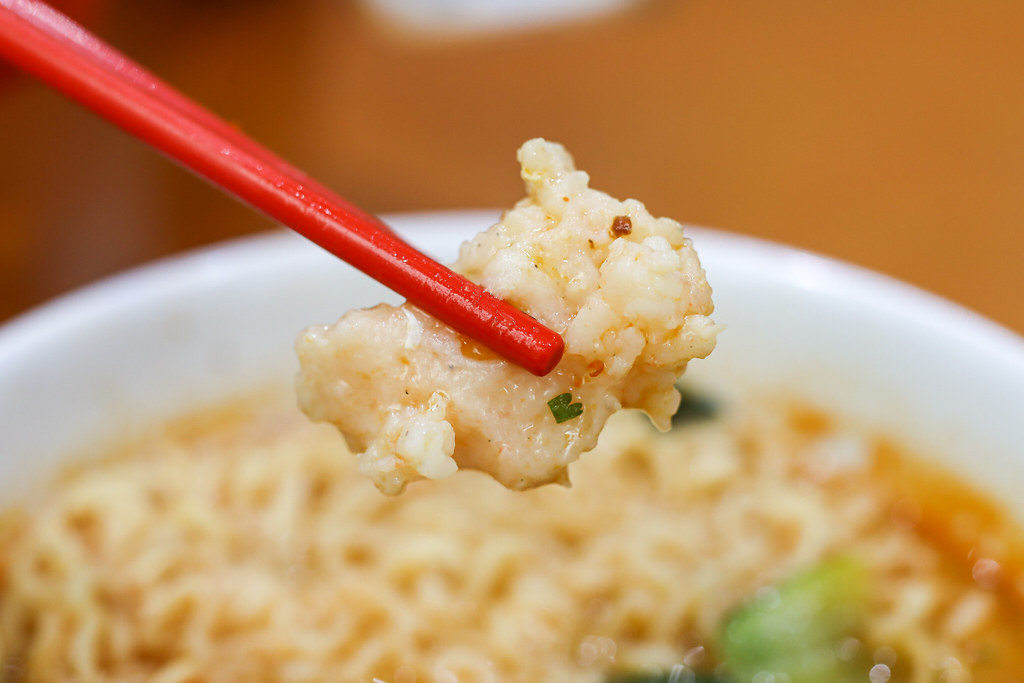 The chunks of prawn paste were small in number for both bowls and would have been better if it was seasoned more, but that’s just a personal preference. 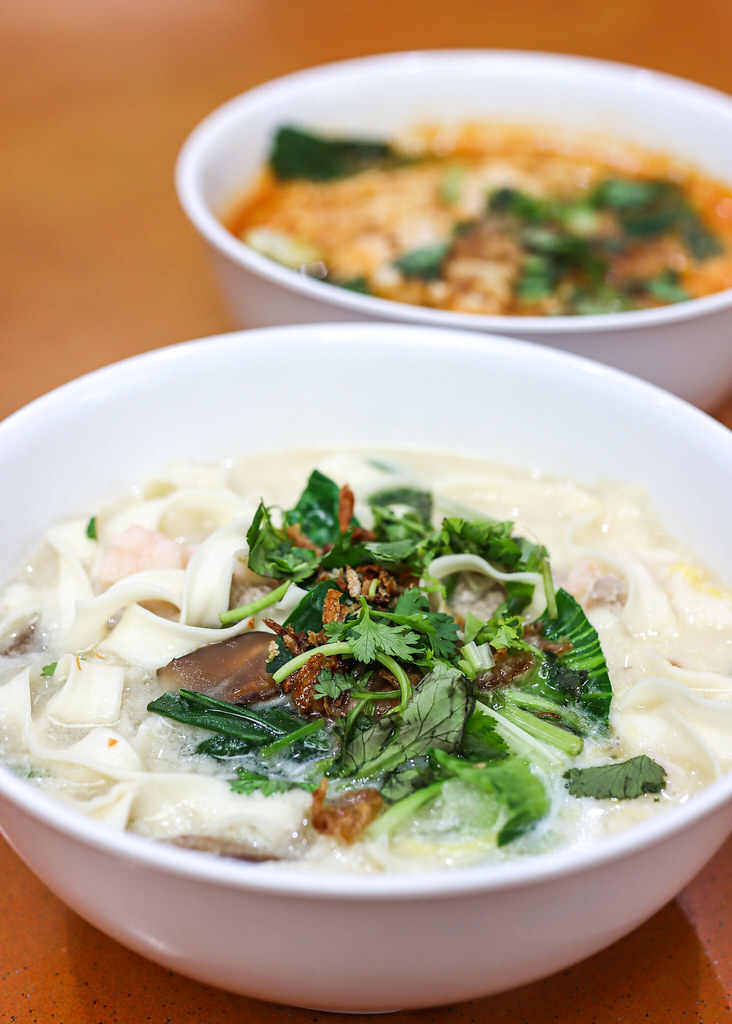 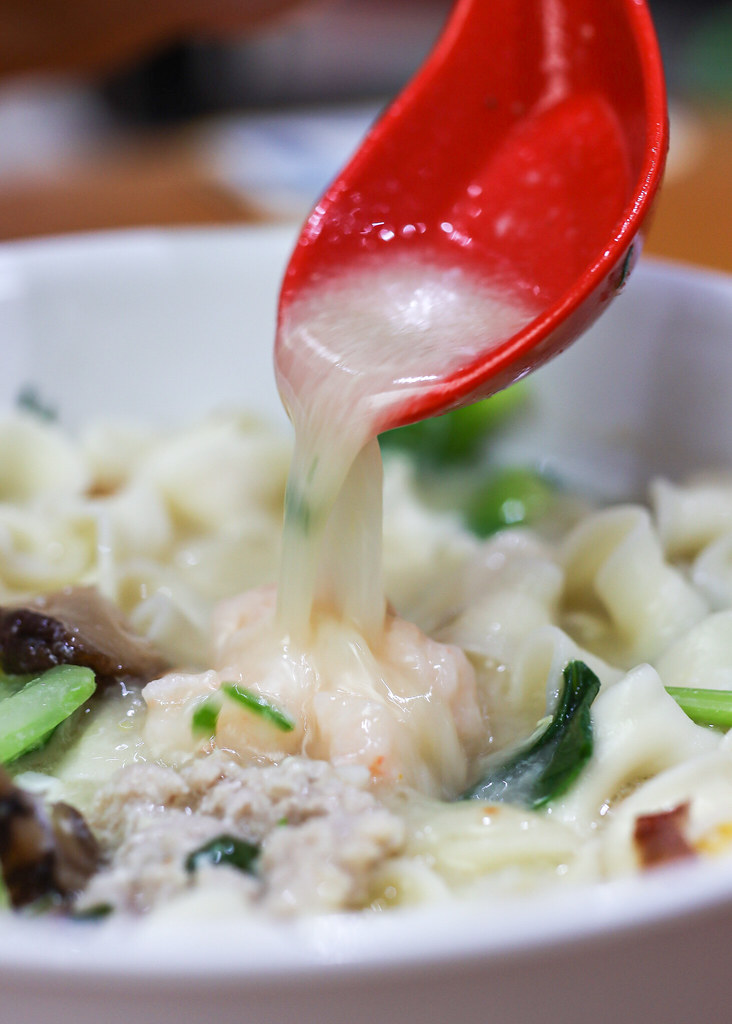 For my non-spicy bowl, I opted for the Dao Xiao mian (knife-sliced noodles). Along with all the toppings that were in my Koka noodles, there were also mushrooms added. I had expected the broth to be a lot milder in taste in comparison but it surprisingly held its own fairly well. A good amount of flavour was packed into each spoonful. 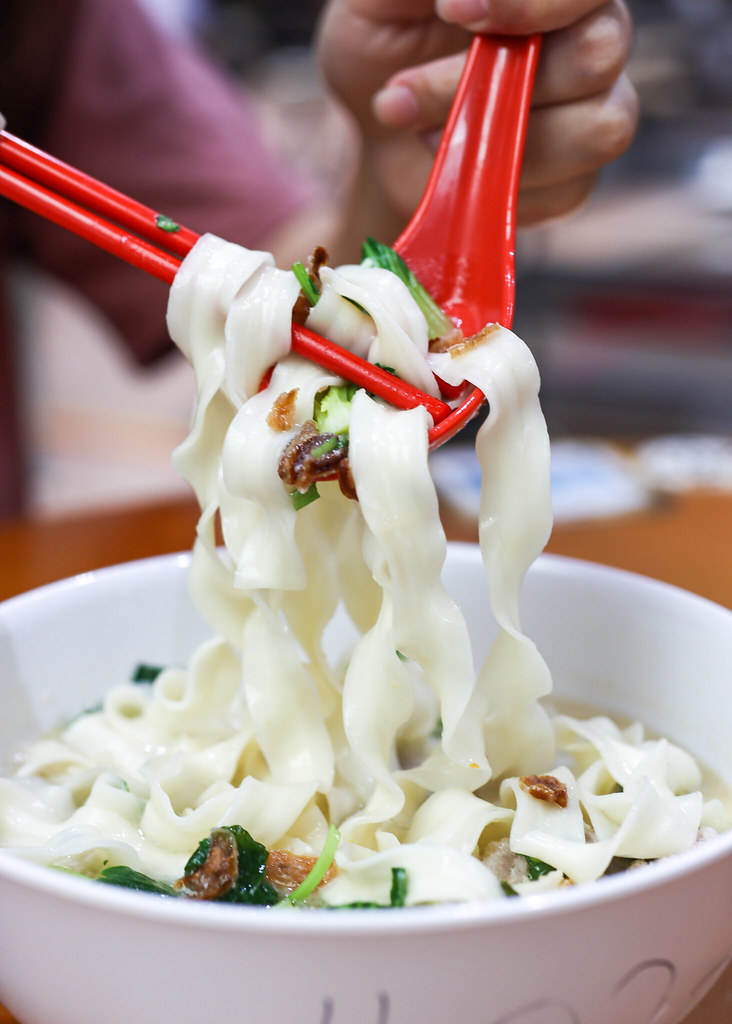 Defying expectations again were the noodles themselves. Because of its shape, my mind held the perception of it being like ban mian. Instead, the dao xiao mian was delightfully smooth and soft in the middle. 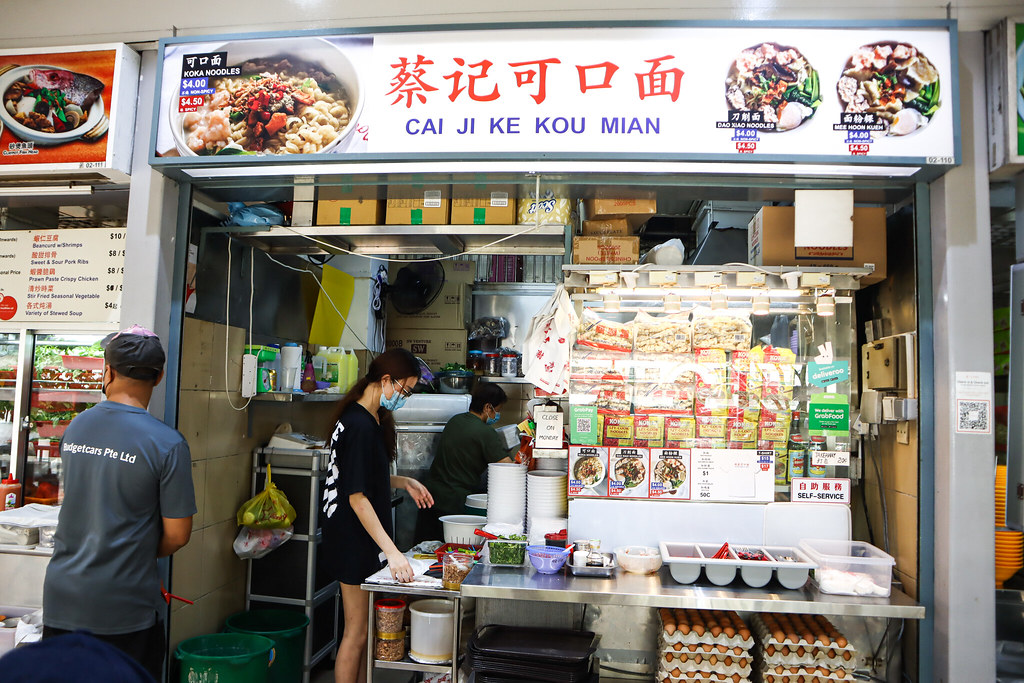 Cai Ji Ke Kou Mian’s offerings make for brilliant hearty breakfasts that will give you enough vigour to power through the day. At least it’s a lot better than just cooking up regular ol’ instant noodles at home.

Opening Hours: 8am to 2pm daily.

Let’s build a food community that helps to update the food news in Singapore! Simply comment below if there’s any changes or additional info to Cai Ji Ke Kou Mian. We will verify and update from our side. Thanks in advance!