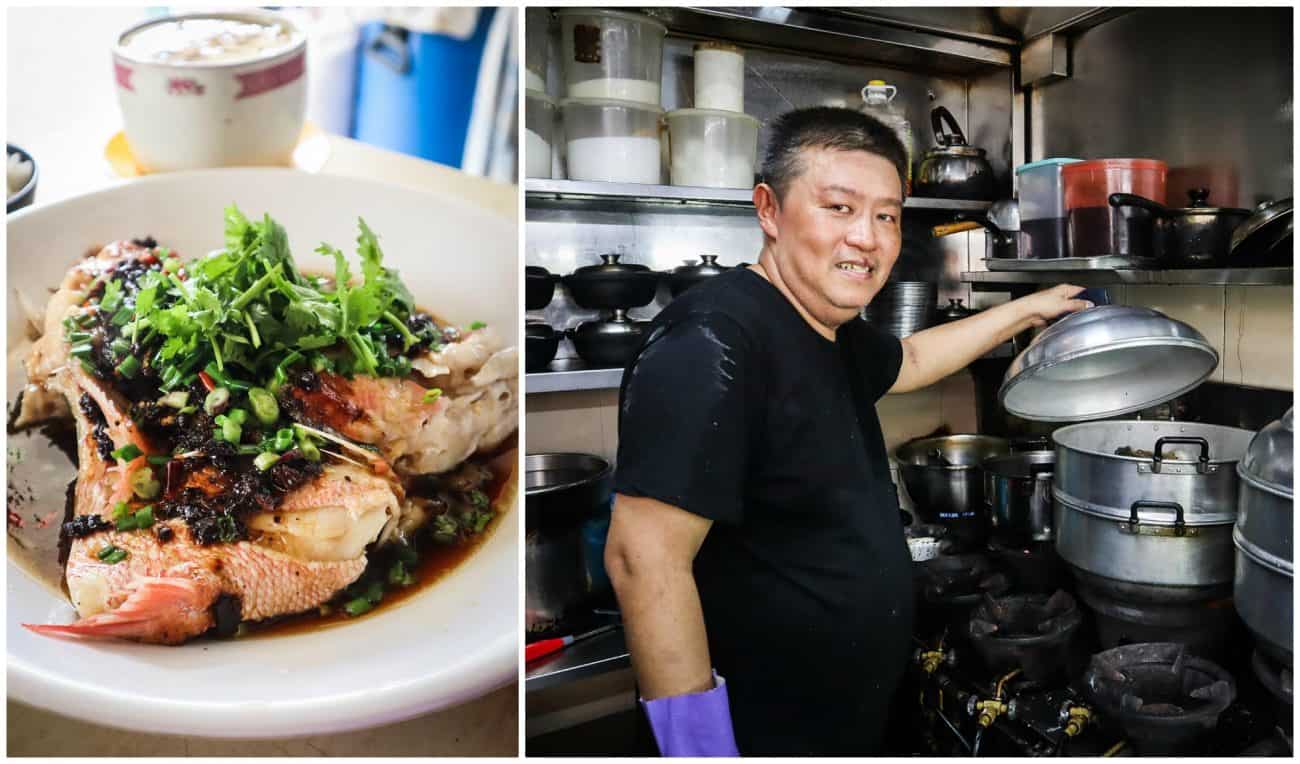 Before Chef Chik opened his hawker stall, he was the executive chef of Wan Hao Cantonese restaurant in Singapore Marriott Tang Plaza Hotel. Chef Chik now runs this stall with his wife, Joanne. In the beginning, life was hard for both of them. Because they only had each other, it made running the stall even more challenging.

Every day, they would reach the stall at 6 am to prepare the food. Chef Chik will cook non-stop until 7.30 pm. Then, they would have to clean up till 9 pm. Sometimes, his wife would break down from fatigue after washing bowl after bowl. 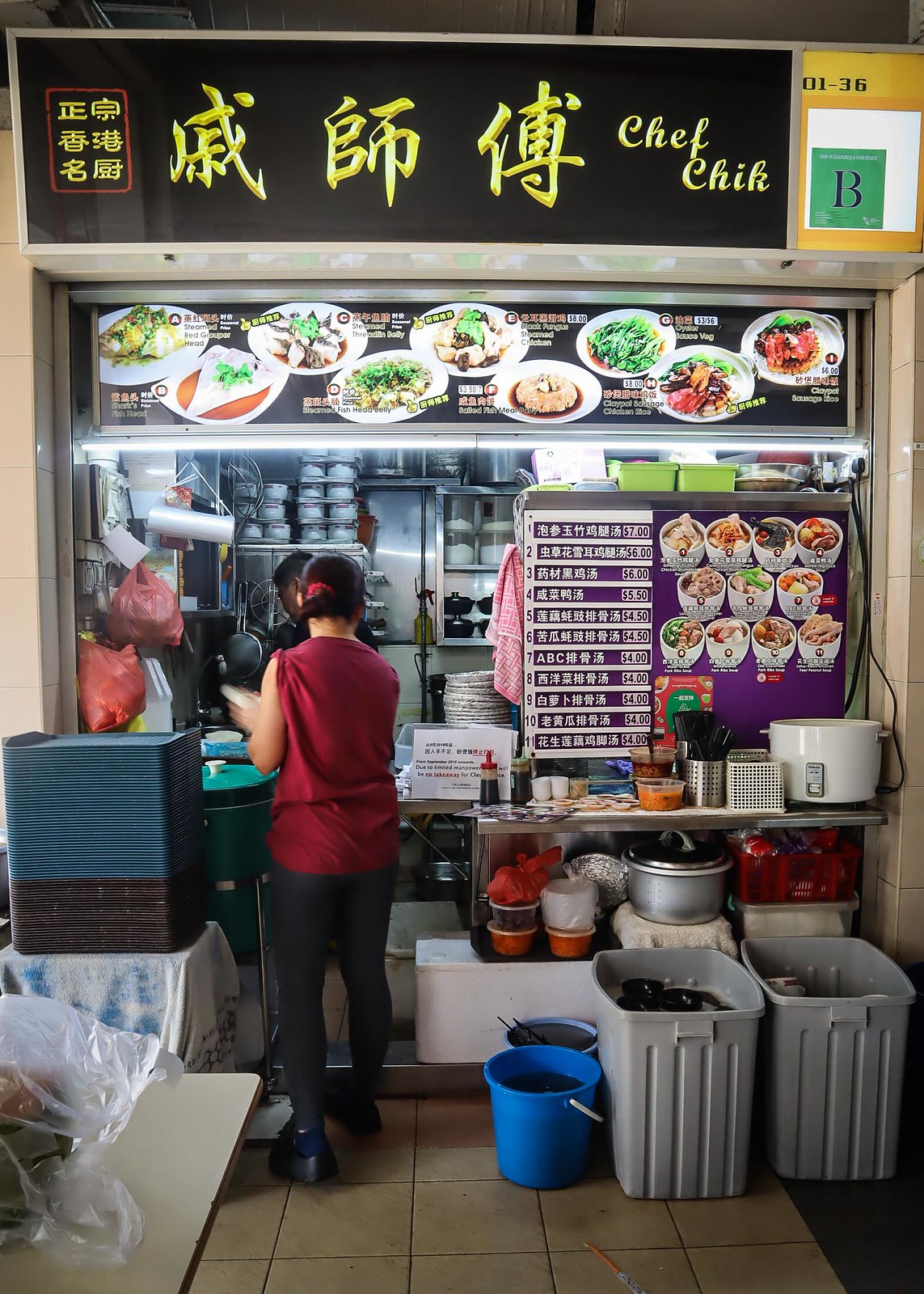 Being this busy every single day, they had no choice but to let their children go to school by themselves.

Even though their situation now has become a lot better, Chef Chik still teared up while telling us his story. He feels sorry for having put his family through that. 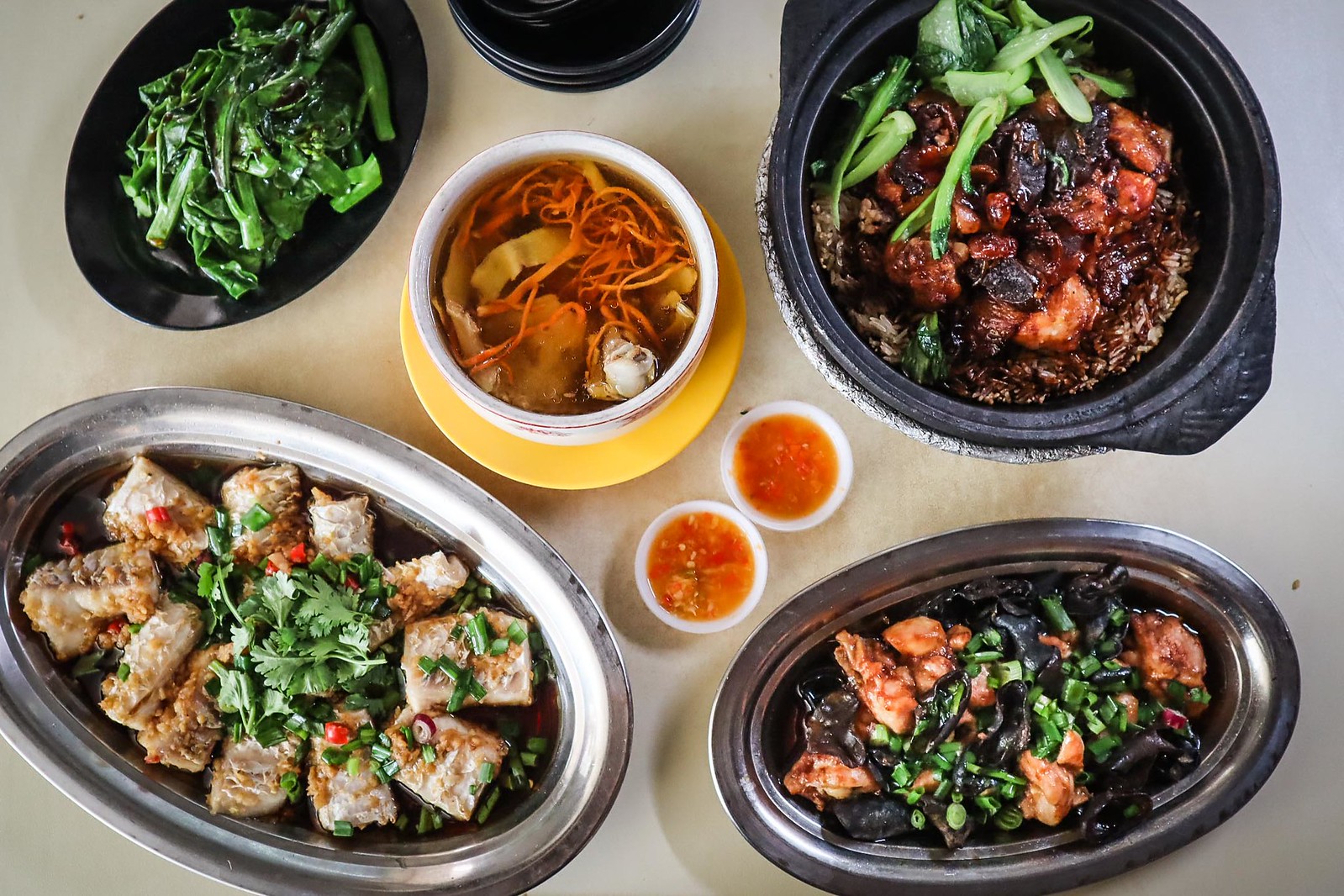 Chef Chik’s passion for cooking shows in his dishes. Chef Chik personally makes his own sauces for all his dishes — a fact that he is very proud of, and rightfully so. He also gets his fish fresh from the market every morning before he opens his stall. You wouldn’t expect such well-plated sumptuous restaurant-quality dishes in a hawker centre but you definitely can at Chef Chik. 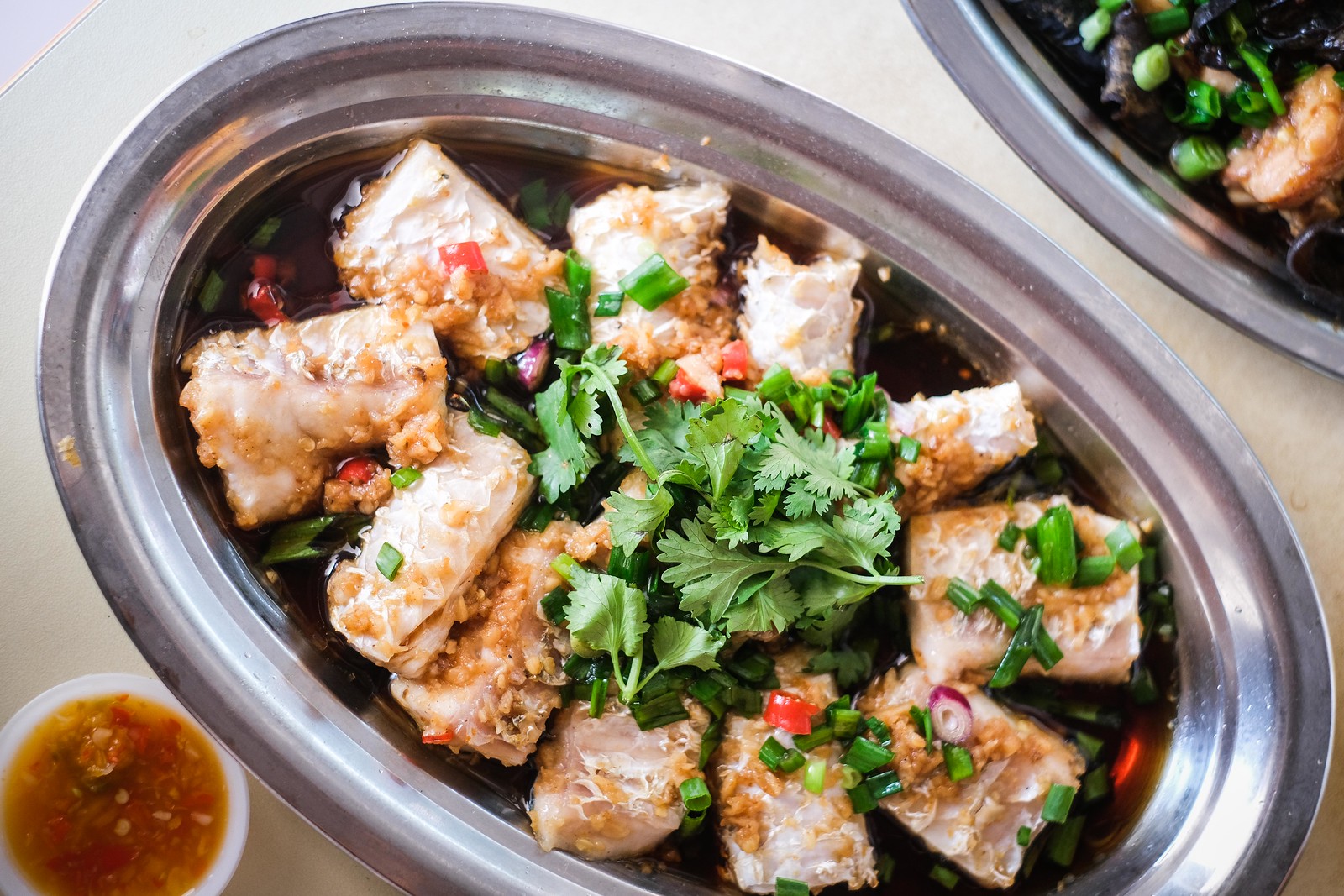 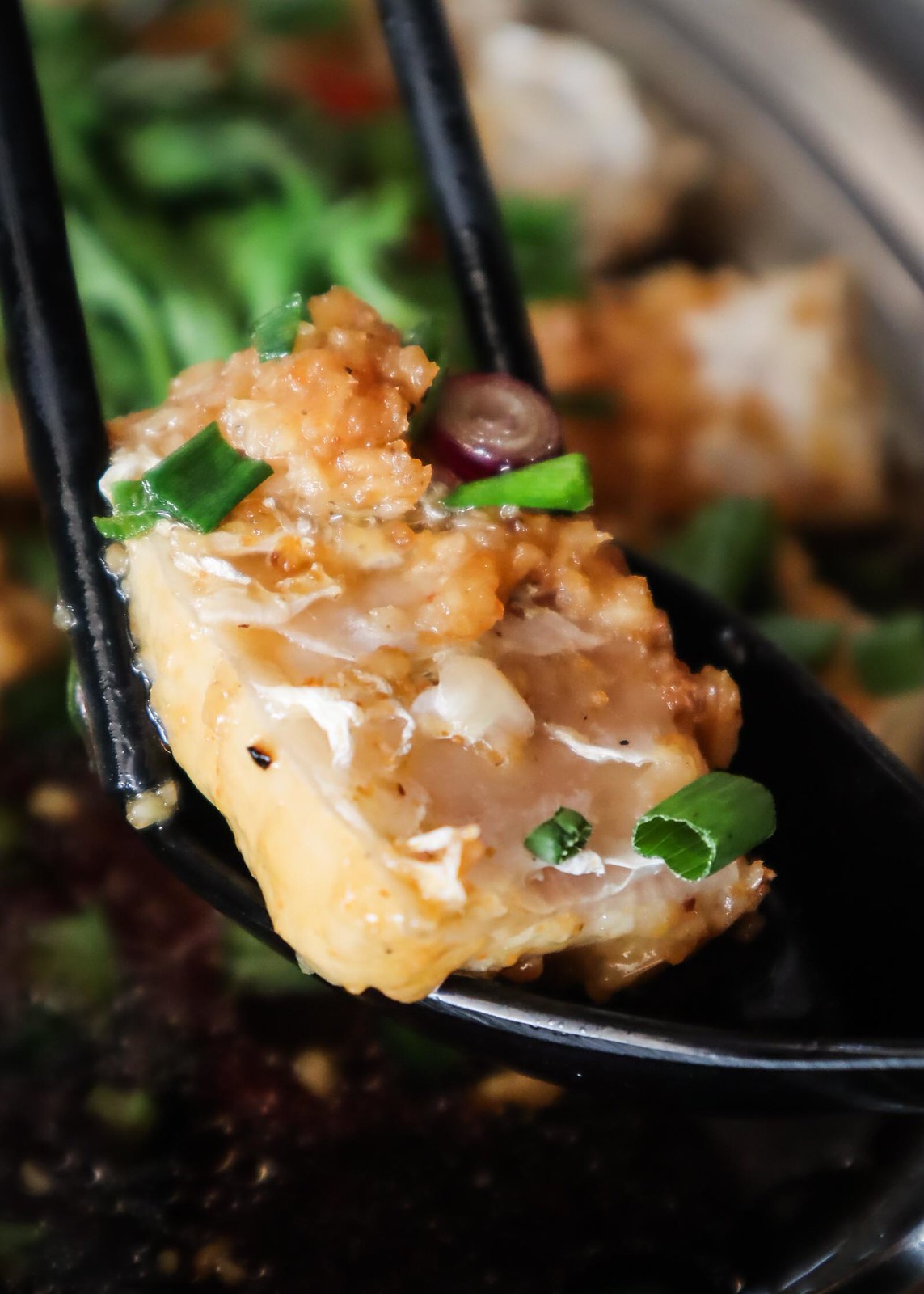 The Steamed Threadfin Belly (seasonal price) was so soft and delicate. The whole piece just melted in my mouth. The minced garlic atop each slice of fish gave a good burst of garlicky flavour. Together with the savoury soy gingery sauce, the threadfin belly captured my heart. 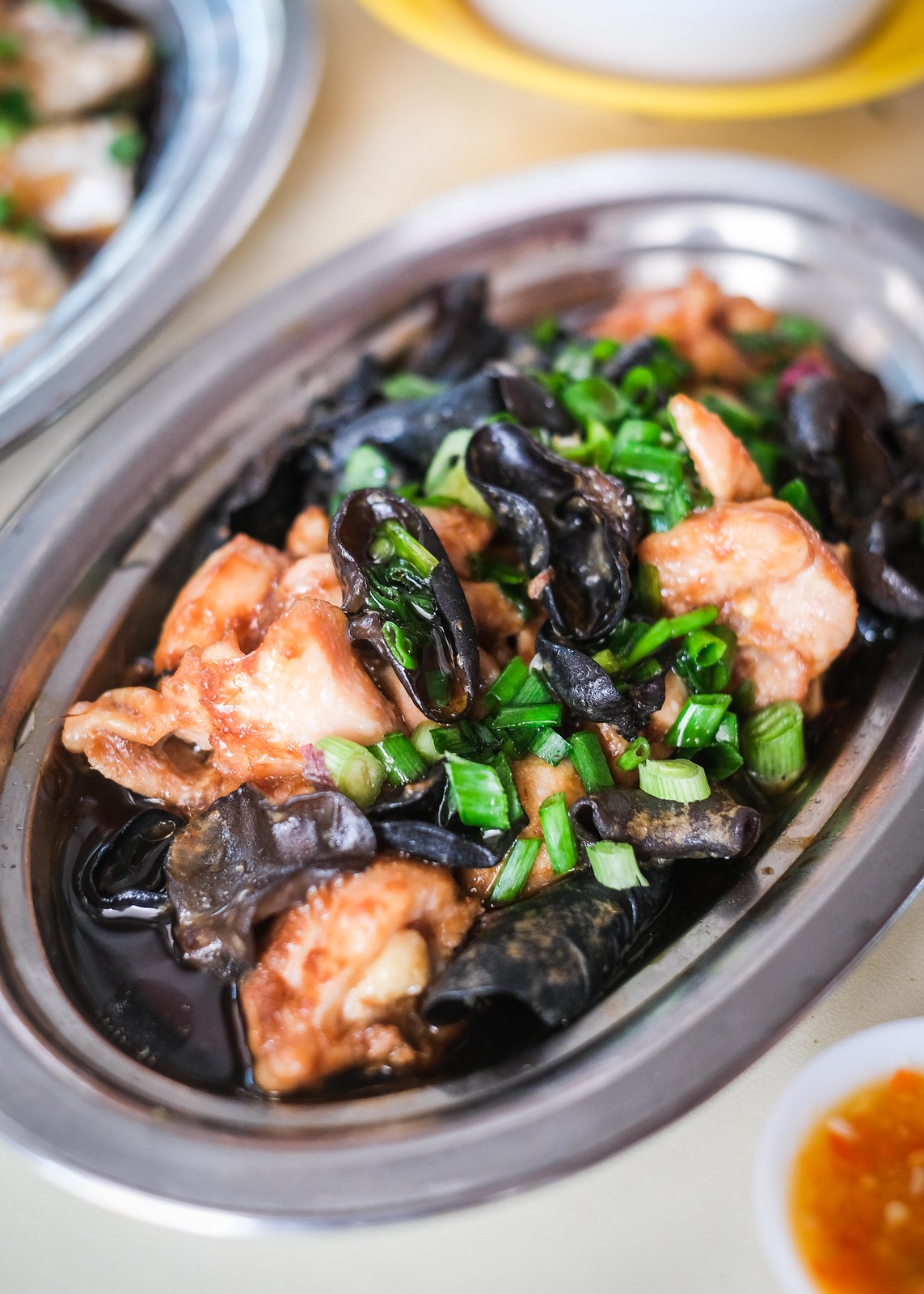 If you grew up eating Cantonese food, you would know that chicken and black fungus go together. Chef Chik took this dish and made it his own. The Black Fungus Steamed Chicken ($8) was bathing in a house-made sauce. The well-marinated chicken was juicy and firm. The black fungus had been soaked long enough to be soft, but still crunchy — just how I like it. 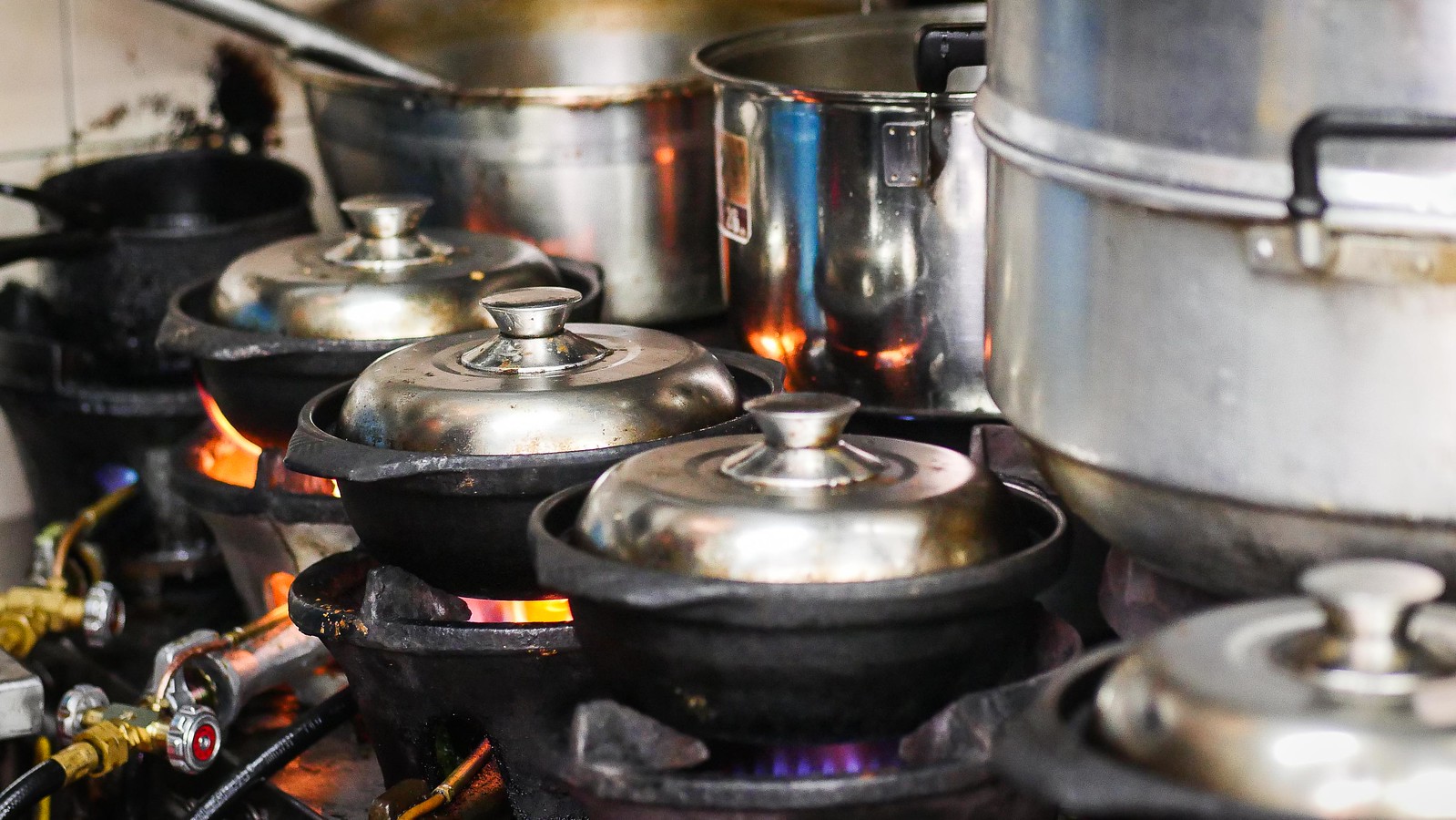 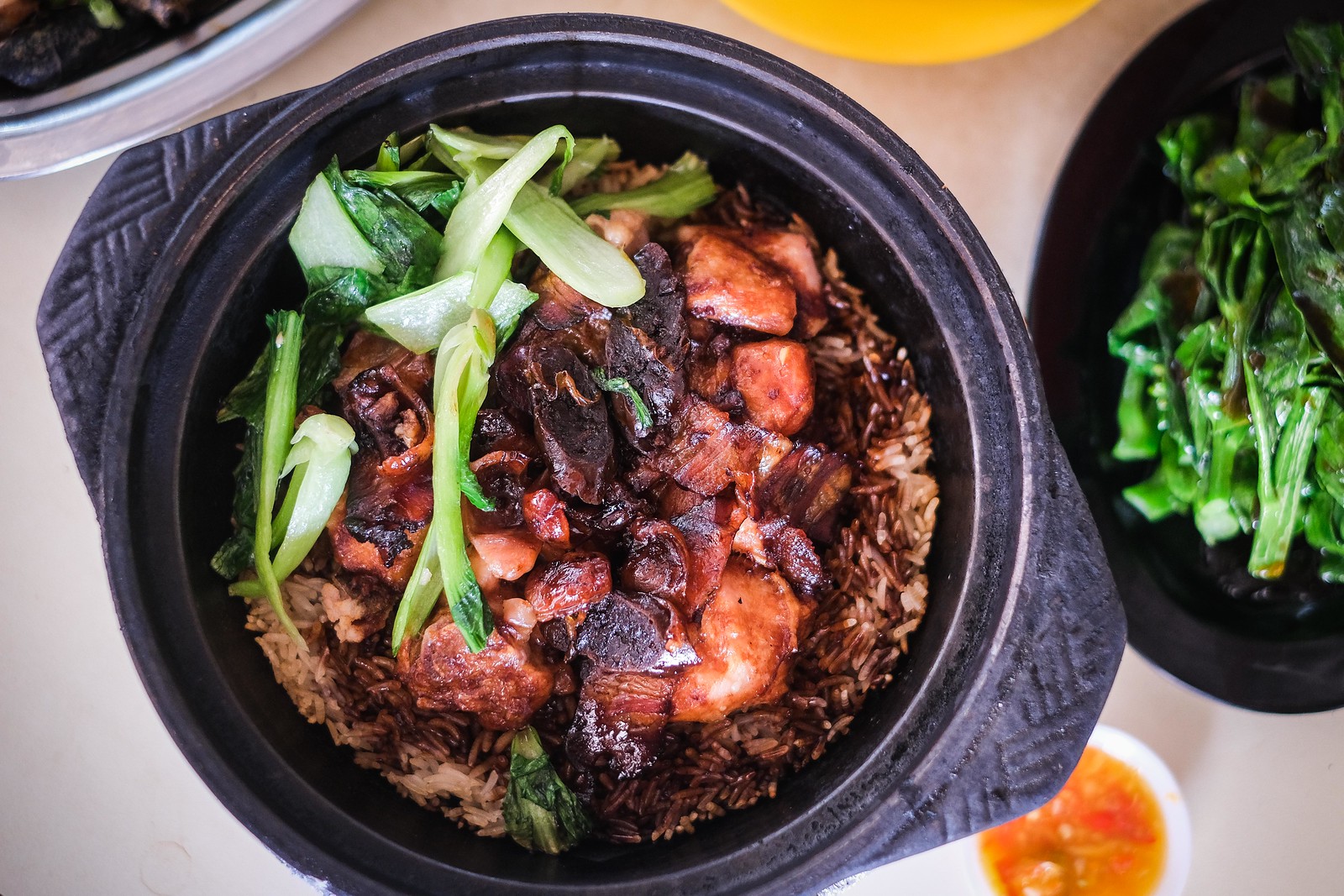 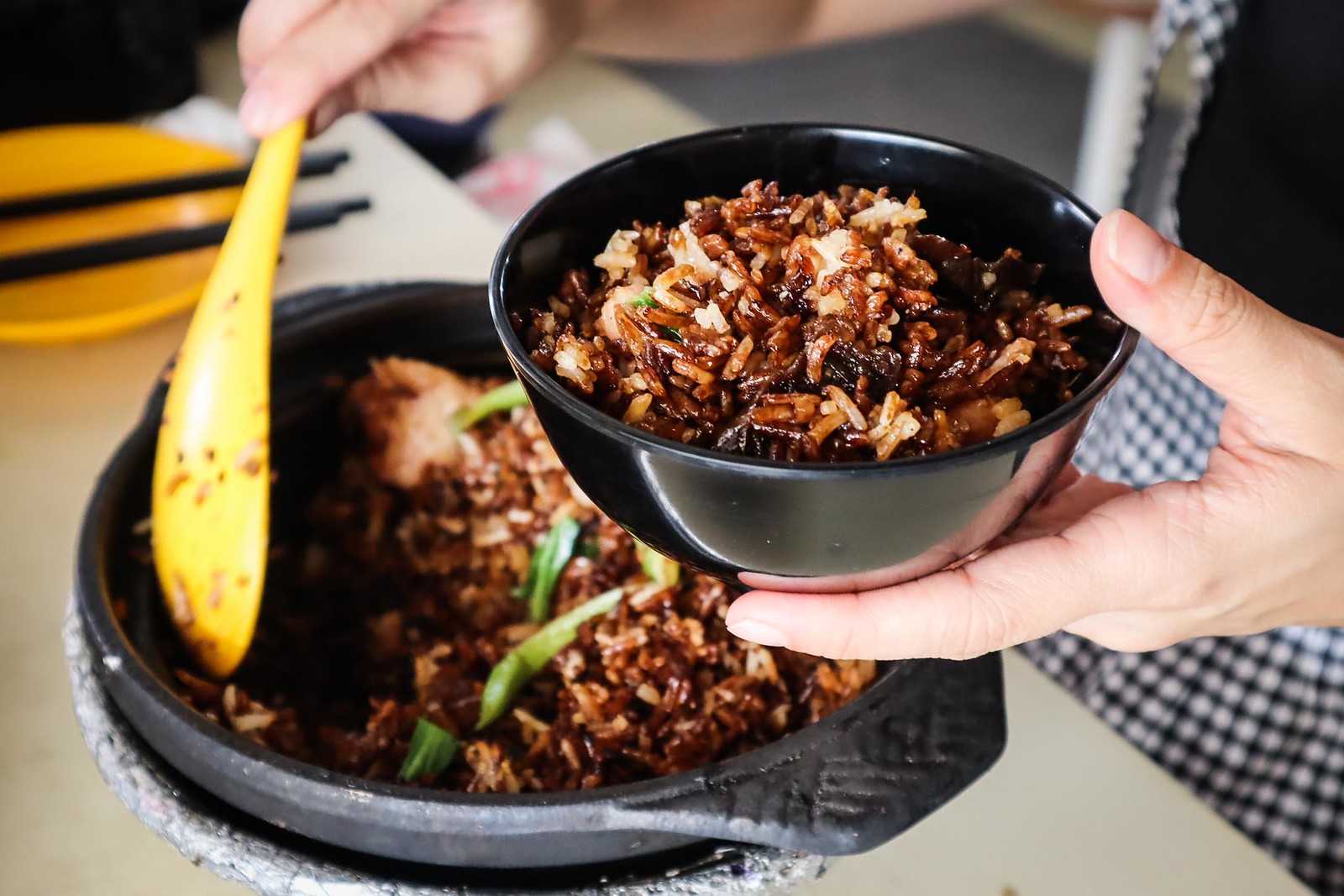 Even though the Claypot Sausage Chicken Rice ($8) was cooked over a gas stove, it was full of flavours. The bottom of the claypot was covered in crispy rice. The rice was infused with flavours of dark soy sauce, Chinese sausage, liver sausage, cured pork belly, chicken, and salted fish. The pork belly is not a commonly found ingredient for claypot rice, but it was very much welcomed. You definitely have to order this when you come here.

You May Also Like
Woody Family Cafe - Delicious Peranakan Food in Sembawang That's Worth the Trip! 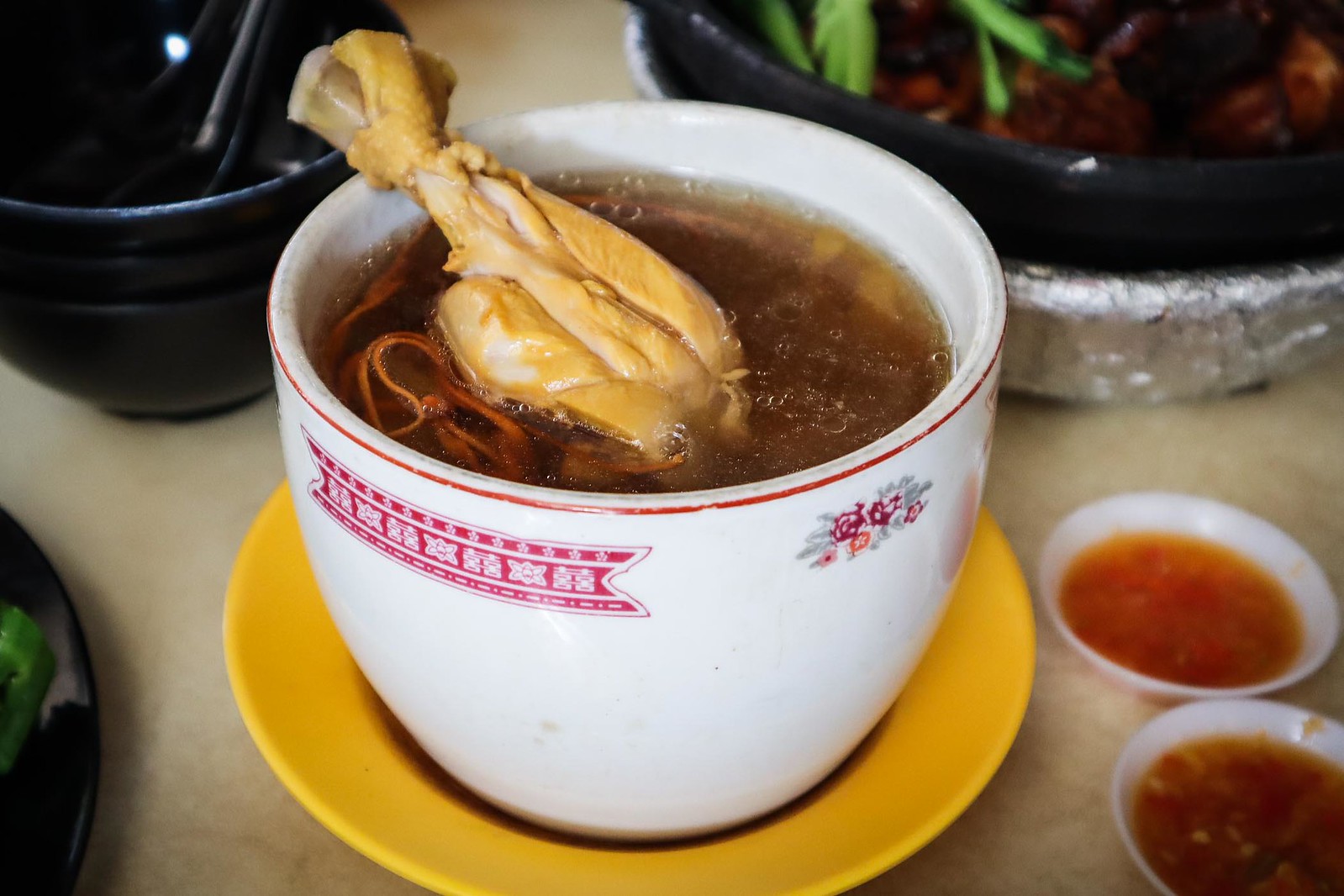 We were recommended the Cordyceps White Fungus Chicken Drumstick Soup ($6). All the flavours of chicken and cordyceps were combined beautifully into the golden broth. The chicken drumstick was fall-off-the-bone tender. My colleague said it tasted like home. And I agree. I would drink this any day. 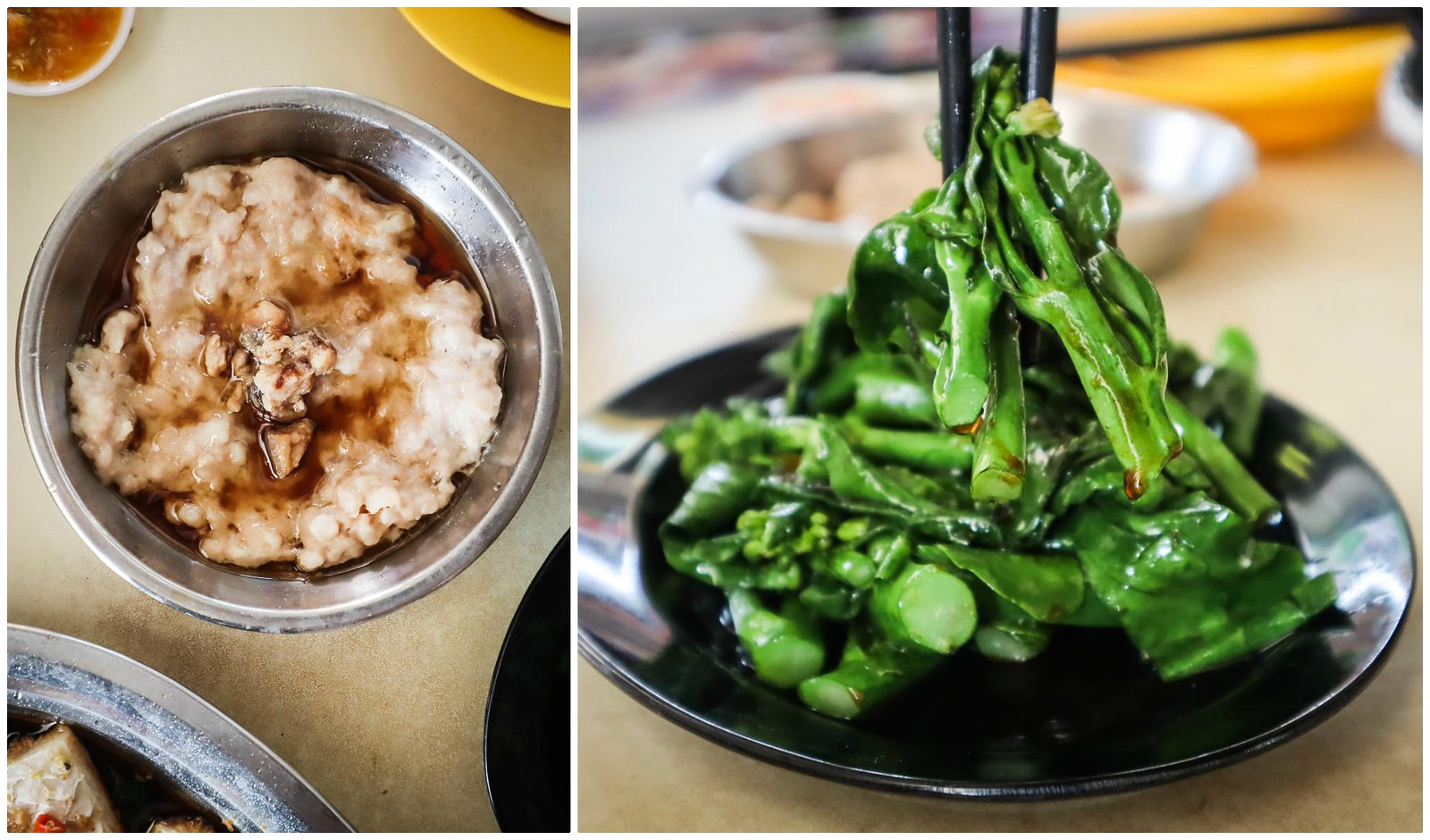 The salted fish meat patty ($3.50) tasted exactly like what and how it’s supposed to —salted fish-infused meat. The texture of the patty was soft yet firm. It was quite salty though, so be sure to eat it with rice.

Taking a break from all the meaty dishes, we had the Oyster Sauce Veg ($3). The lightly blanched kai lan was dressed in oyster sauce, and had a good bite Even with the oyster sauce, it was still a little bland to me. 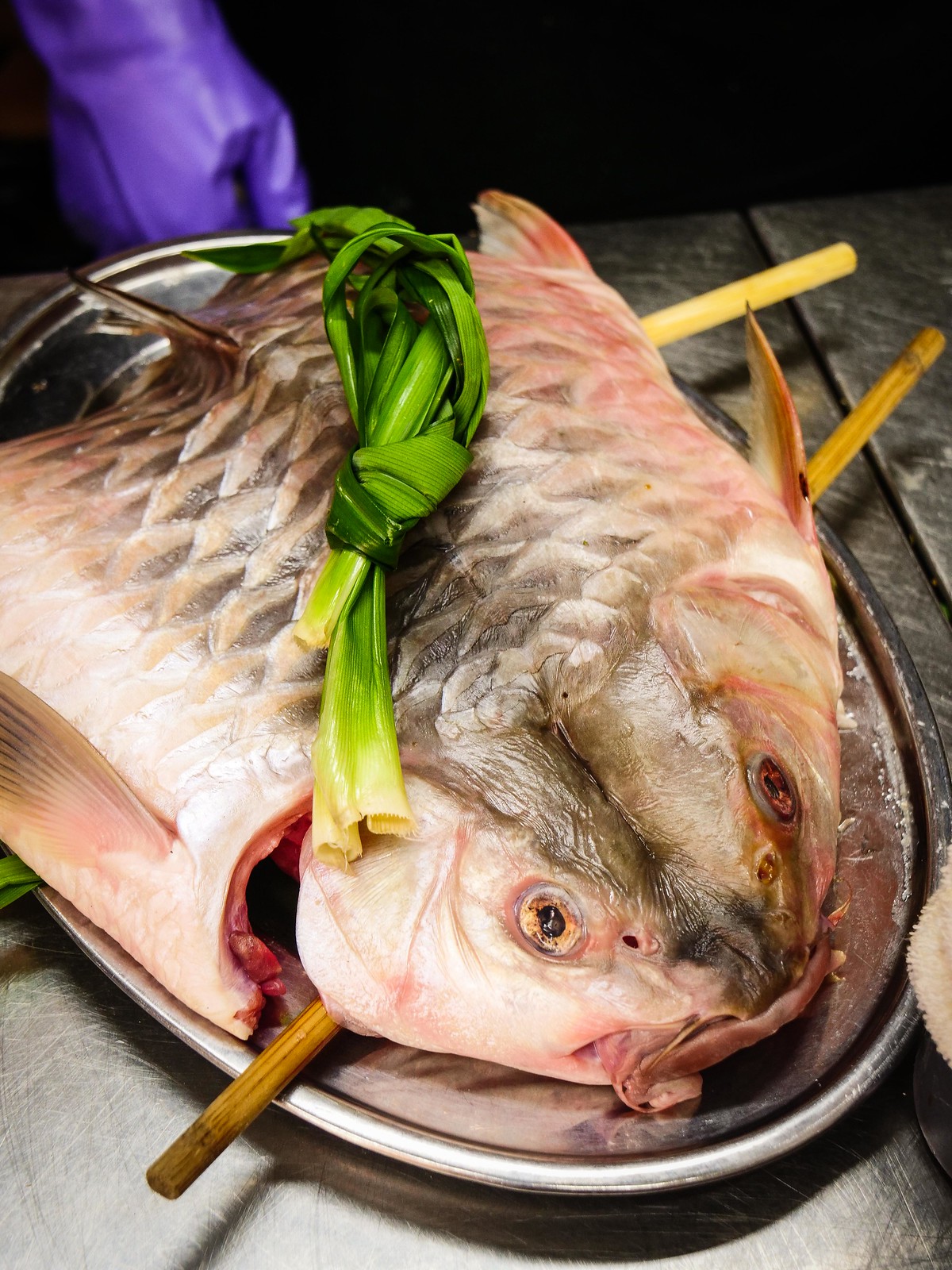 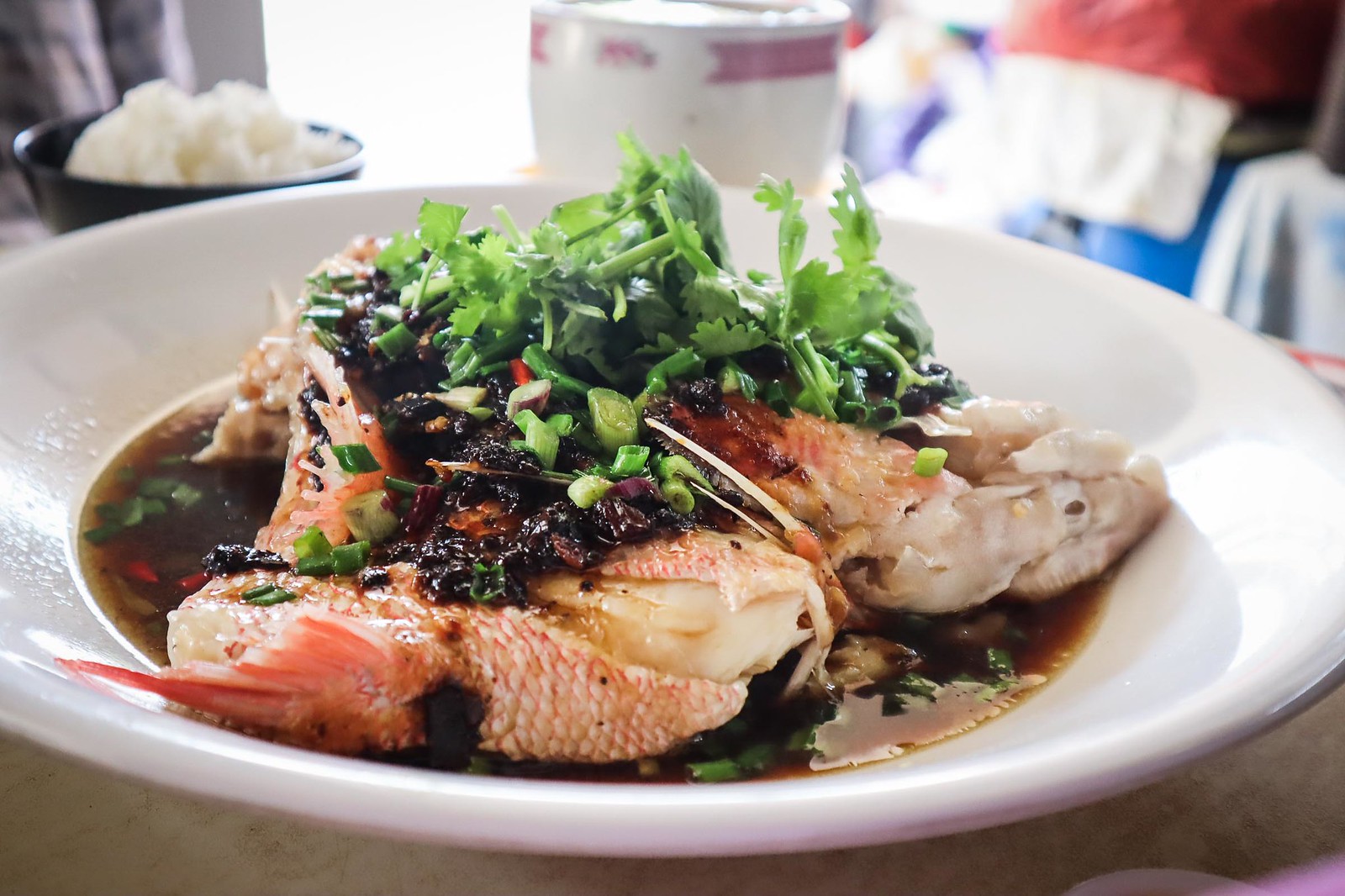 Chef Chik has some off-menu items which require you to place an order in advance. This Black Bean Steamed Red Snapper is one of them. Two elderly gentlemen visit his stall every time it’s open to have their usual order of red snapper, a bowl of rice, and a bowl of soup. While they were eating, they told us all about Chef Chik’s different dishes, both on-menu and off-menu items with proud looks on their faces. It was like watching a father show off his son. It was heartwarming, to say the least.

MissTamChiak.com made anonymous visits and paid its own meals at the stall featured here.

Let’s build a food community that helps to update the food news in Singapore! Simply comment below if there’s any changes or additional info to Chef Chik. We will verify and update from our side. Thanks in advance!