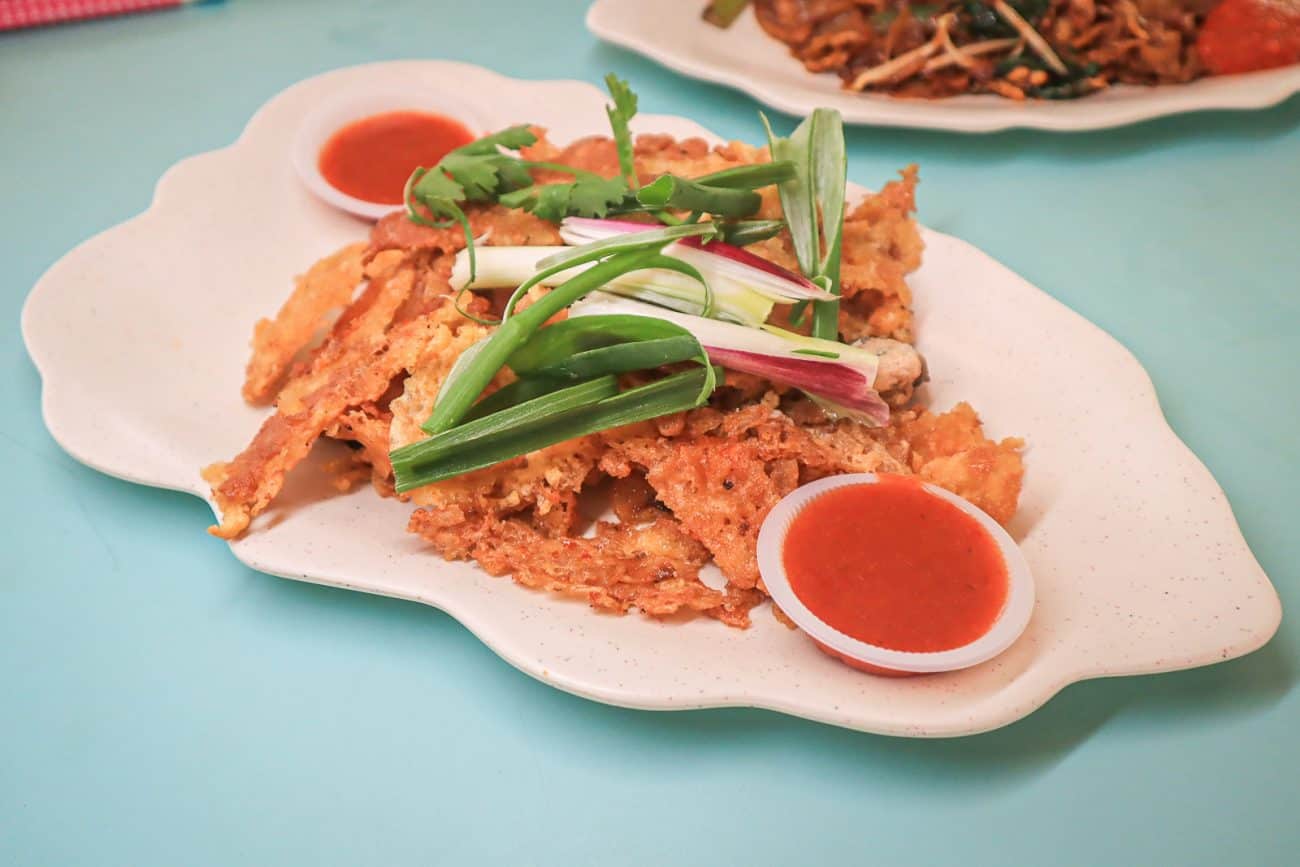 Sunny (pictured on the left), a past army chef, opened Green Sky Fried Kway Teow back in 2006. His father was a hawker as well, but was selling something entirely different — traditional desserts. When he was younger, he helped his father out at his stall, which gave him the much needed experience to be a hawker. His son (pictured in the middle), joined him in manning the stall when he was 16, and has worked here ever since. 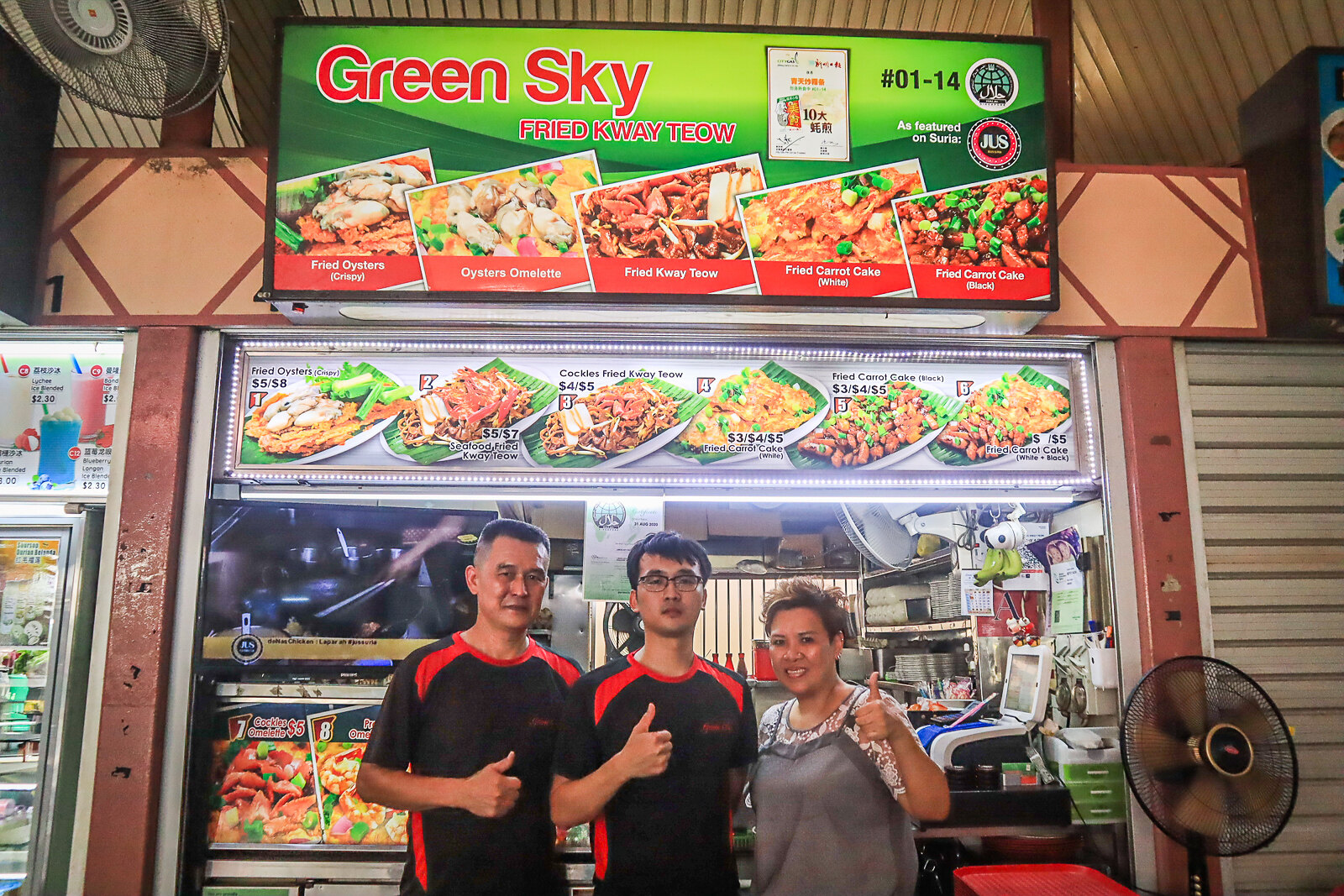 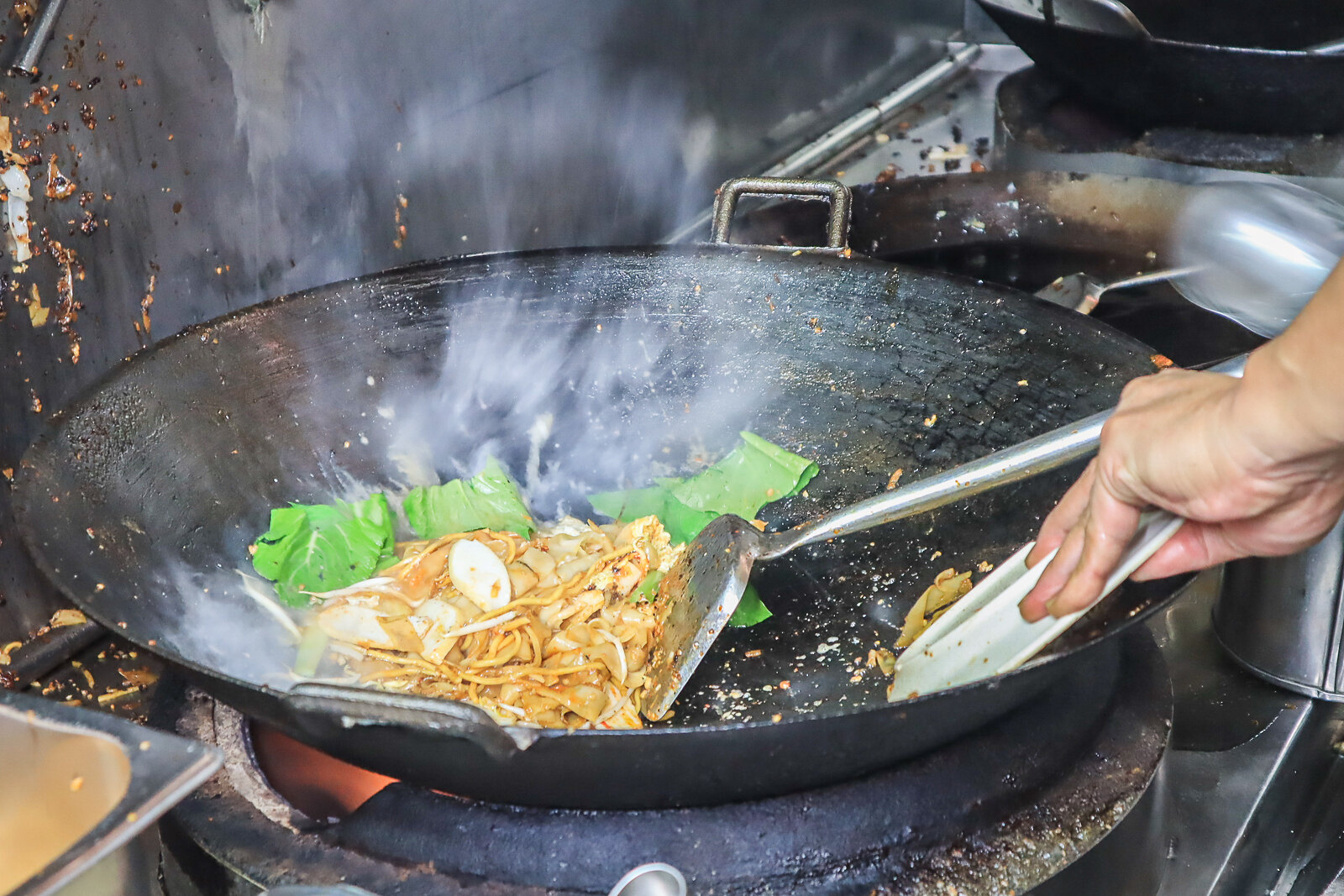 The Cockles Fried Kway Teow ($4) was the result of rounds of trial and error. Coming from a background of dessert making, he had to keep practising to master savoury dishes. He used his time as an army chef to try cooking as many savoury dishes as possible. 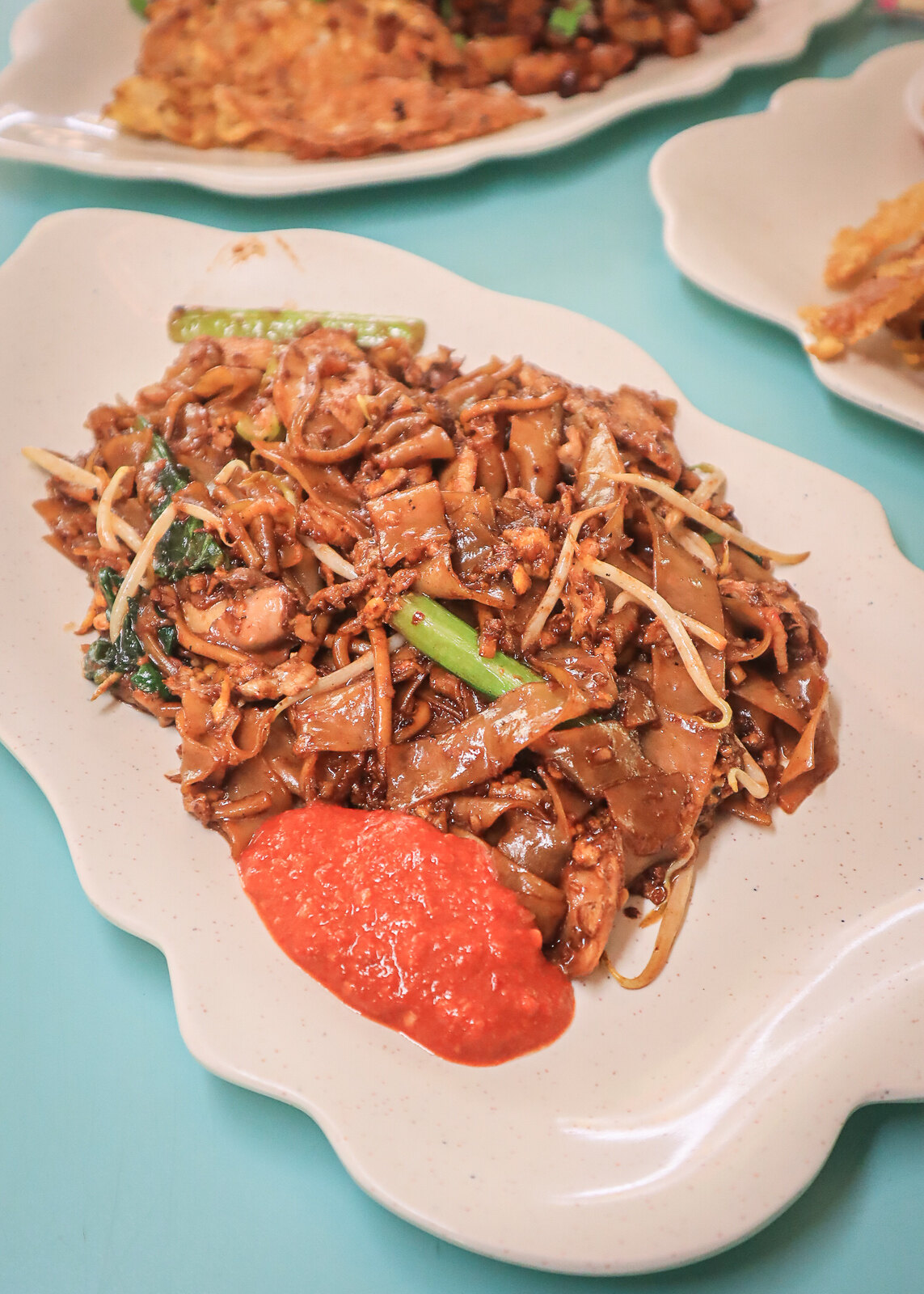 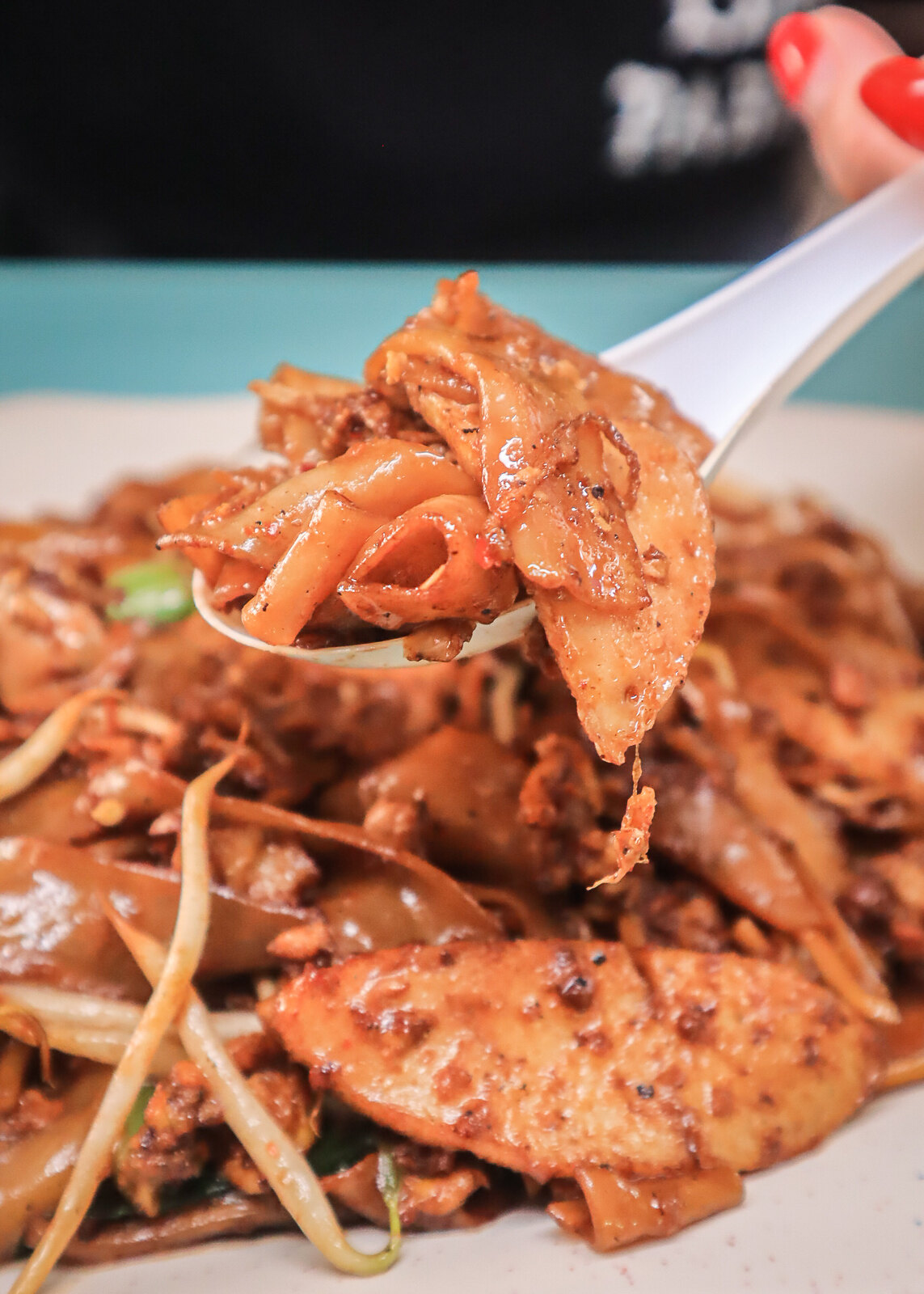 The kway teow had a lovely wok hei, and was so flavourful. The noodles were also “wet” enough, which made it easy to eat. The cockles were cooked really well such that they were not rubbery. Mix in some of the chilli for a more shiok experience. Overall, it was a very solid plate of char kway teow. 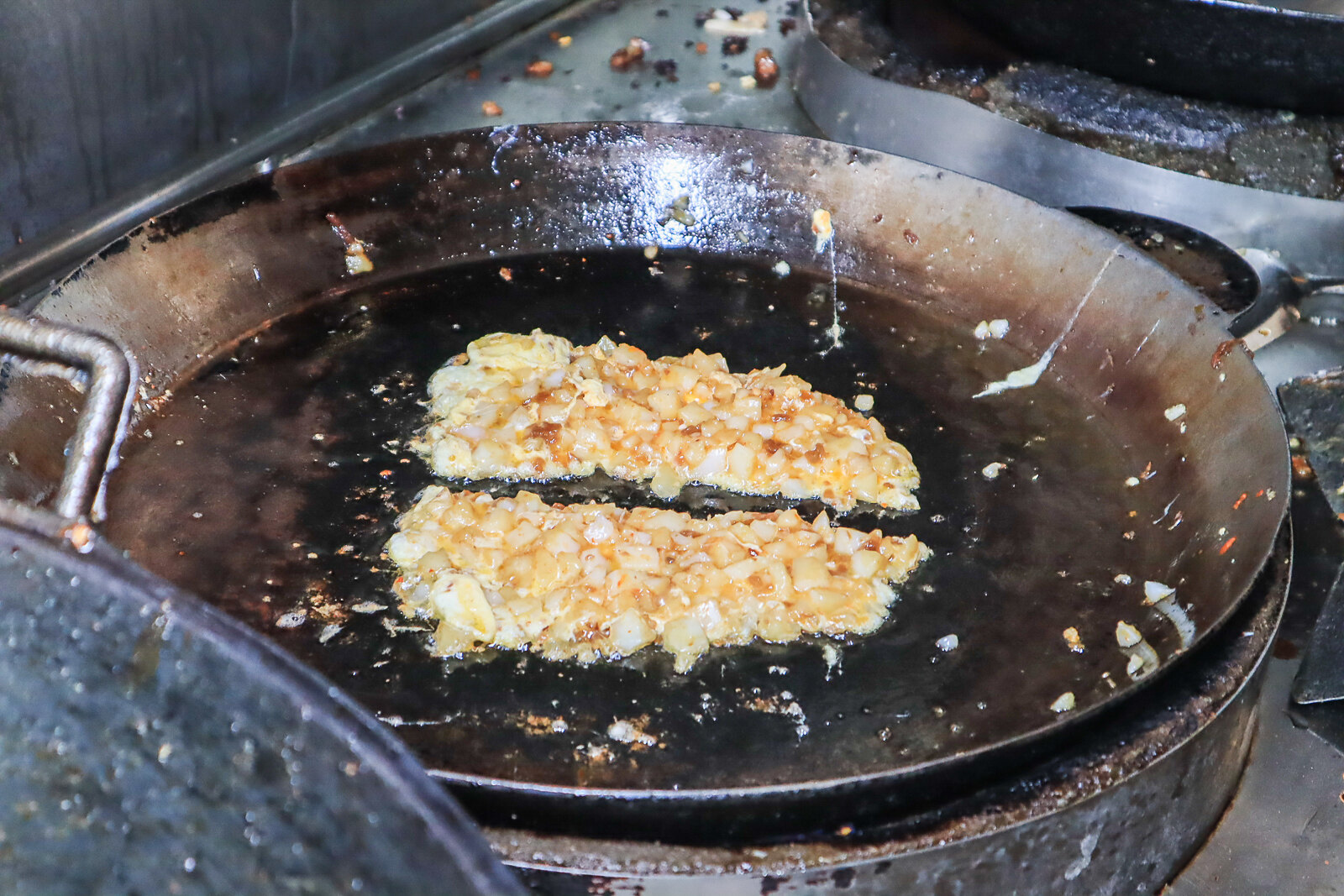 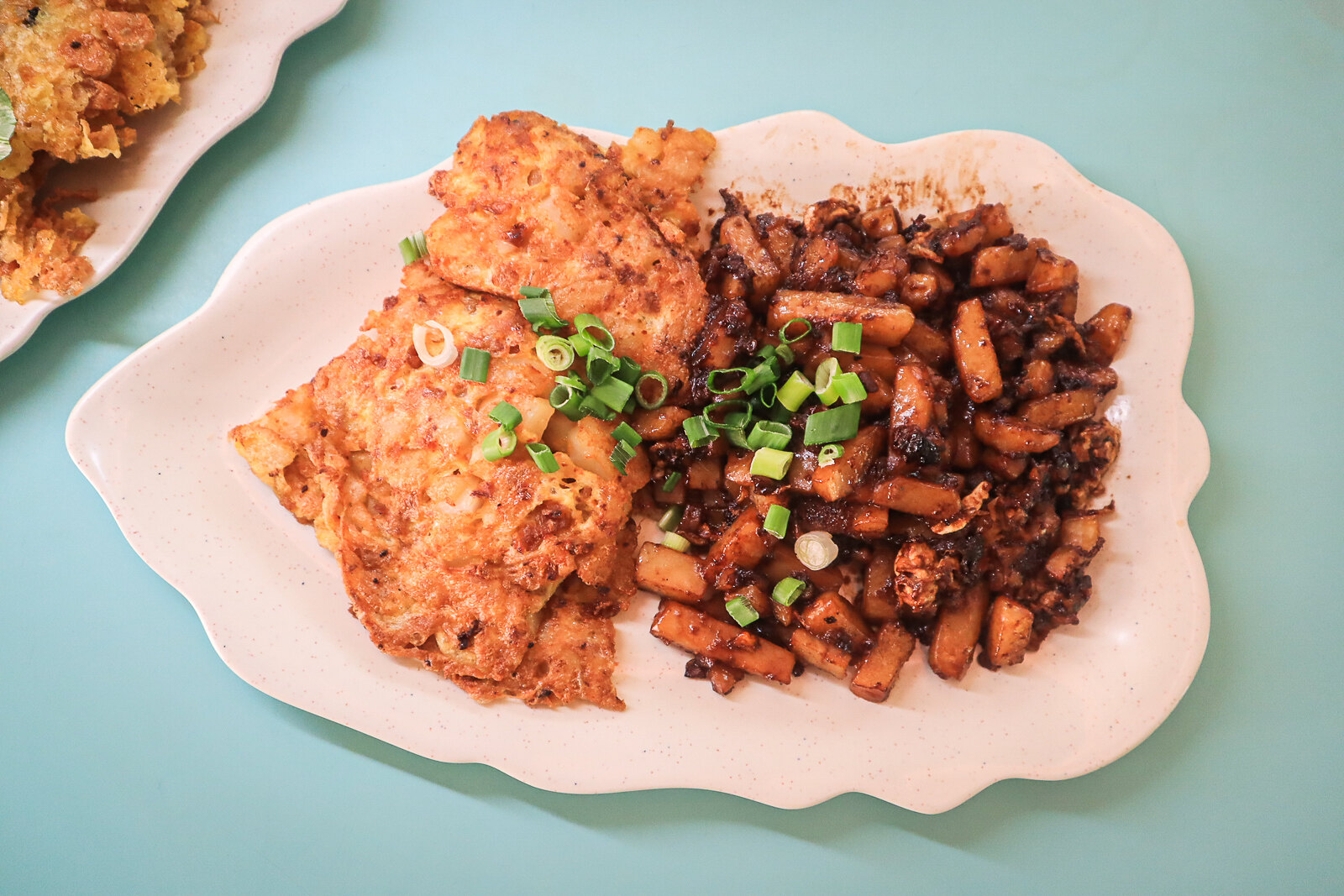 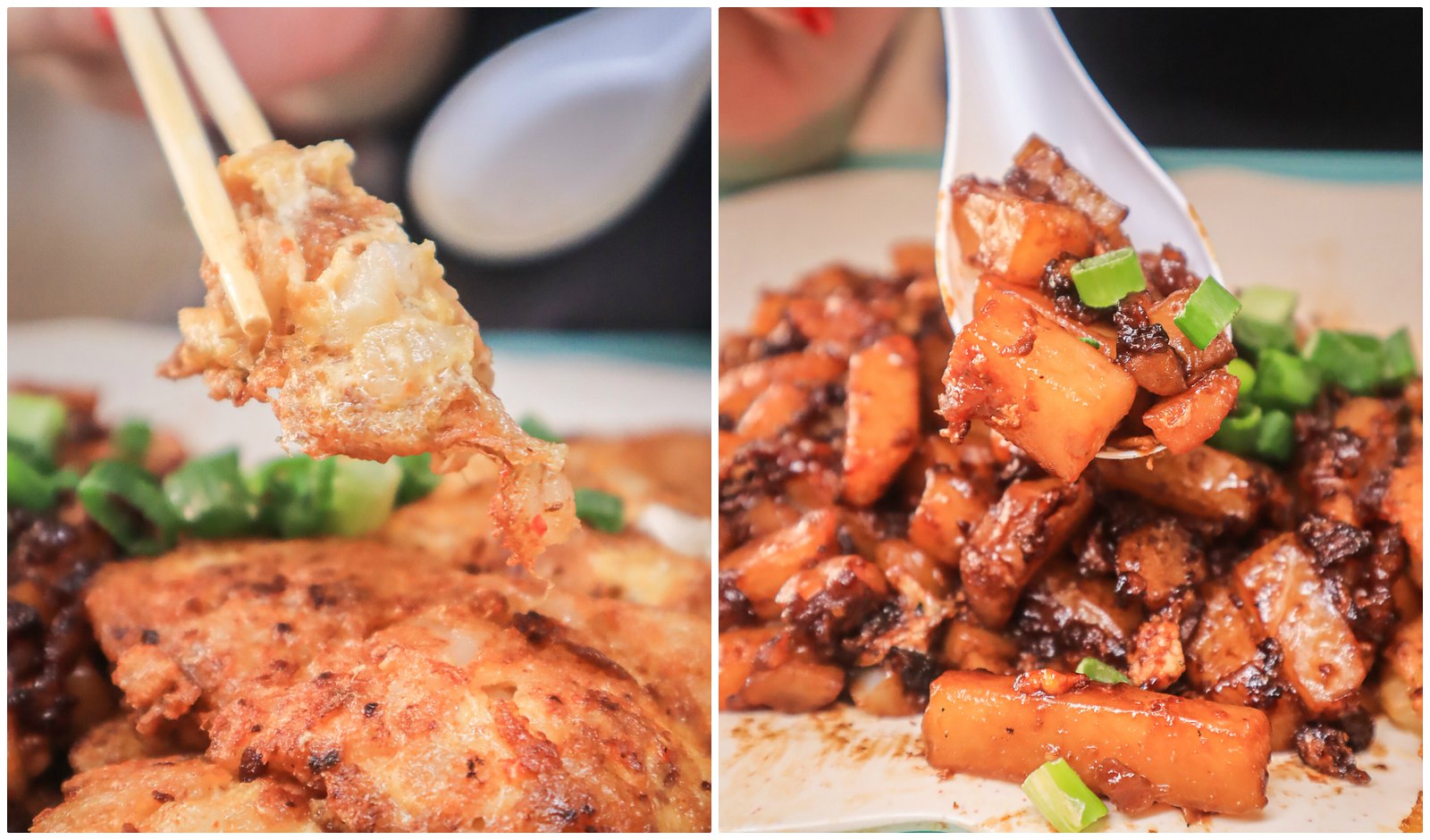 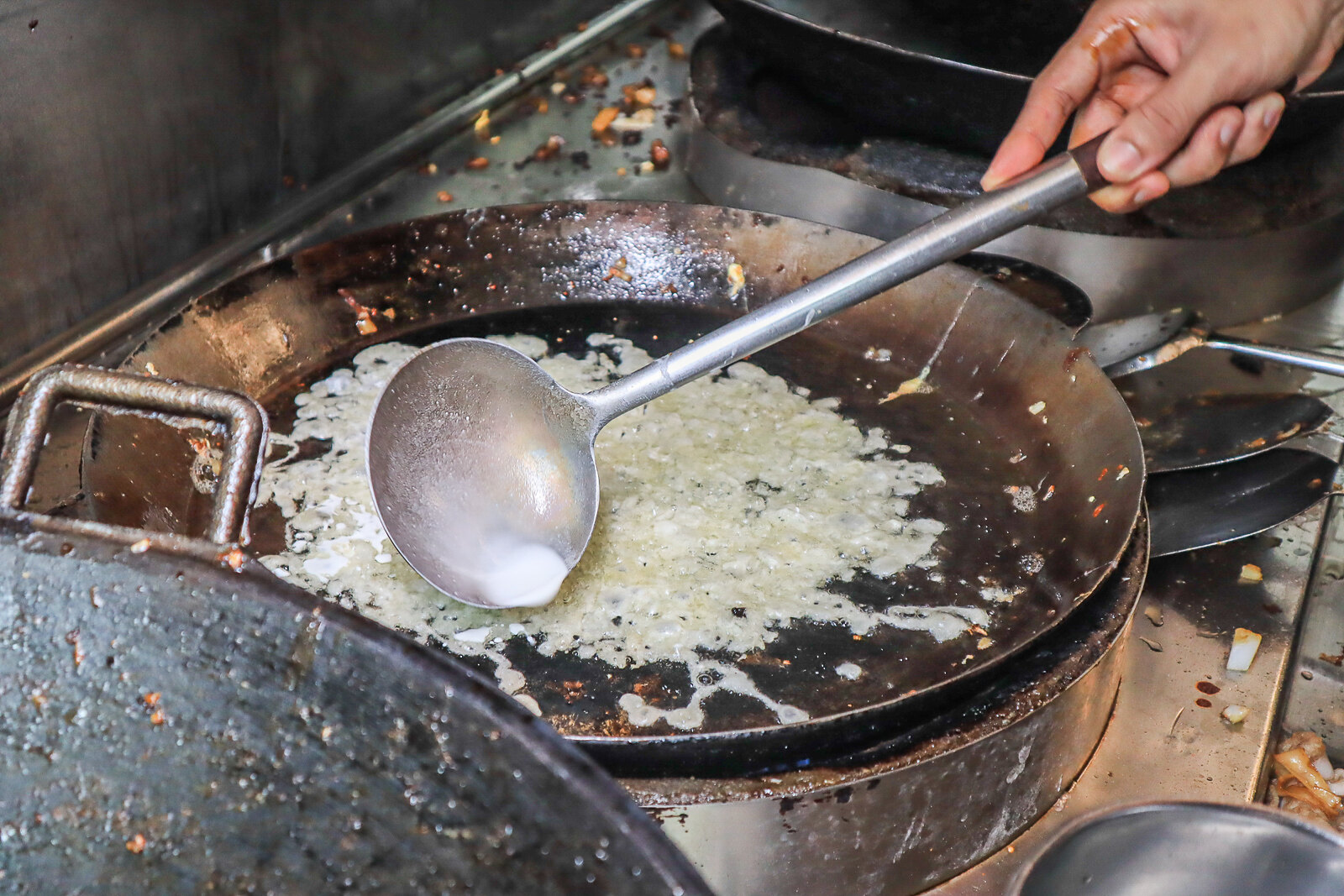 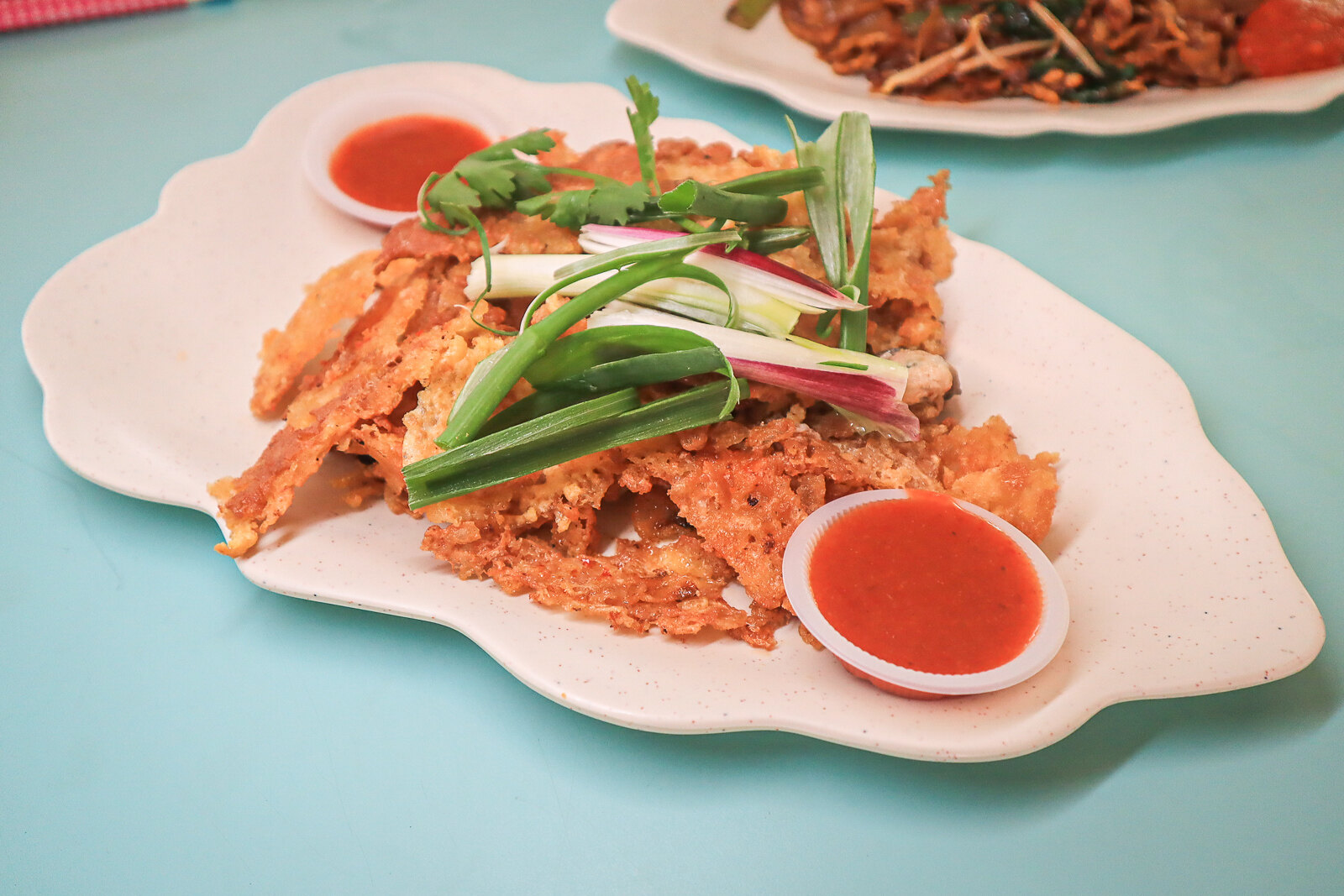 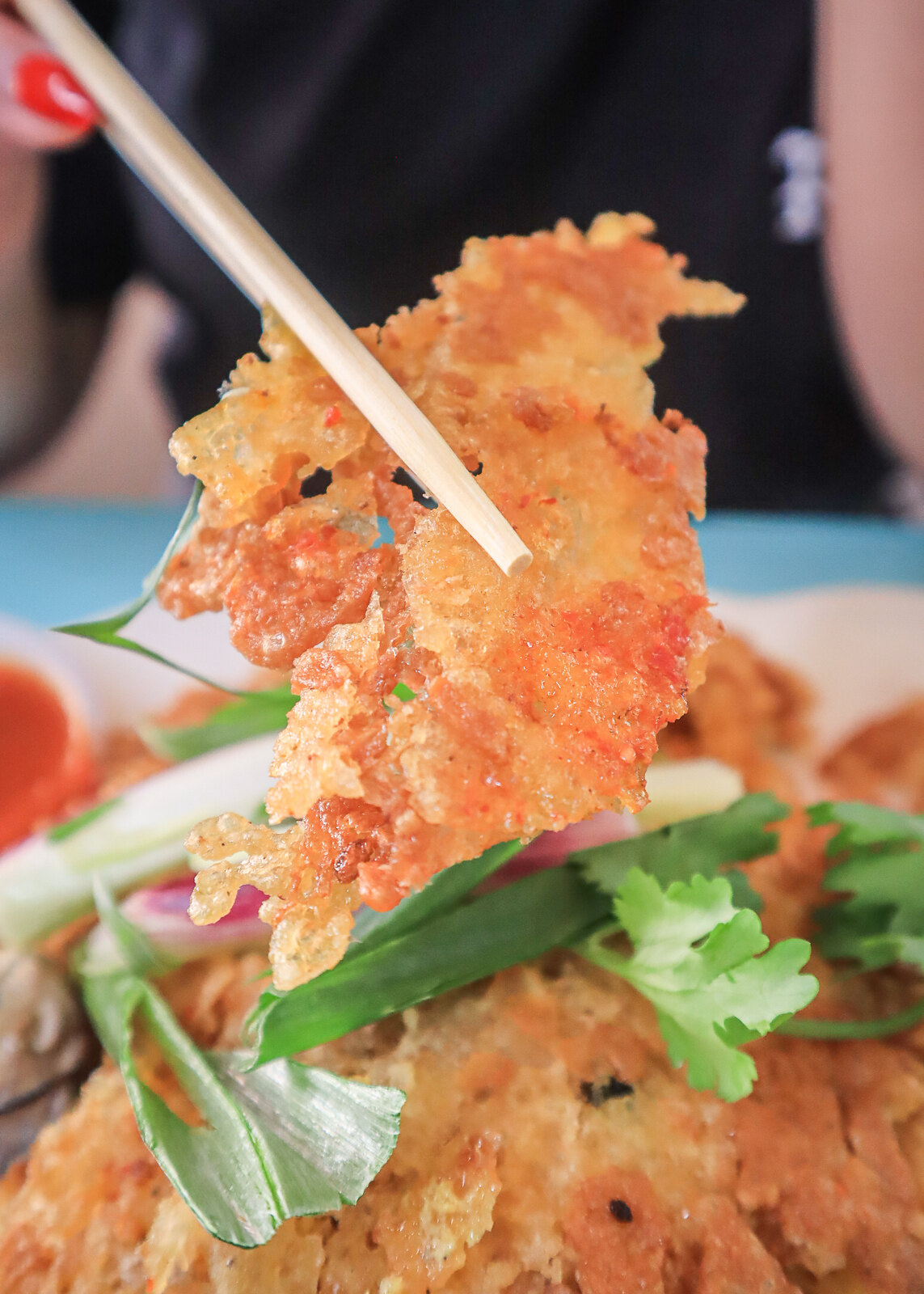 The Fried Oysters’ ($5) batter was sooo good. Can you see the texture? Yeah, it’s as crispy as it looks! Get some of those ASMR tingles when you crunch down on the batter. As yummy as it was, the fried batter was also really greasy. My throat felt a little sore afterwards so please drink lots of water after eating this. 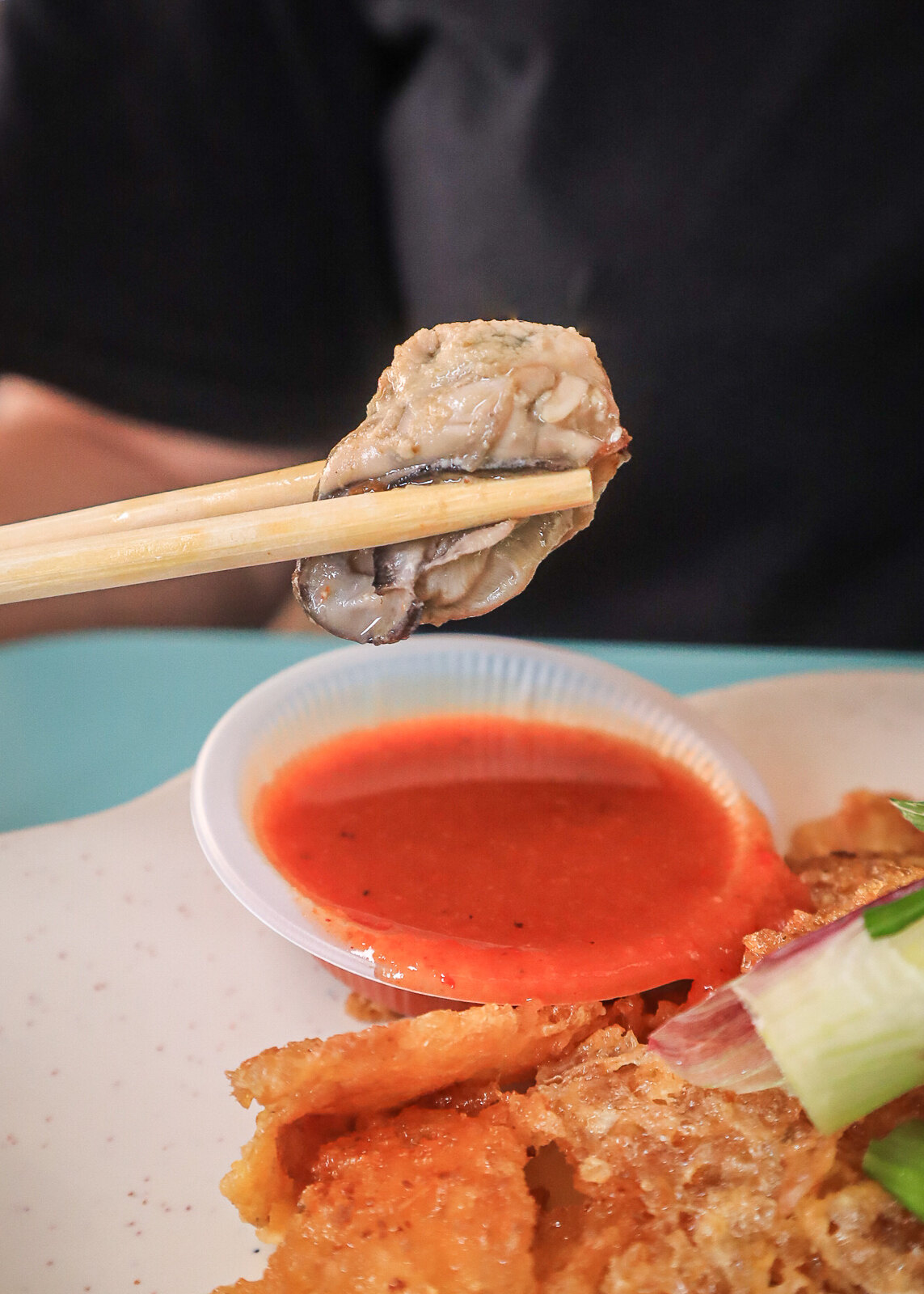 The plump oysters were cooked just right like the cockles. Smooth, and not rubbery as well. They were, unfortunately, not the freshest. Overall, the dish was really good, actually it’s one of the best fried oysters I’ve had, and also one of the rare places where I like the batter more than the oysters. 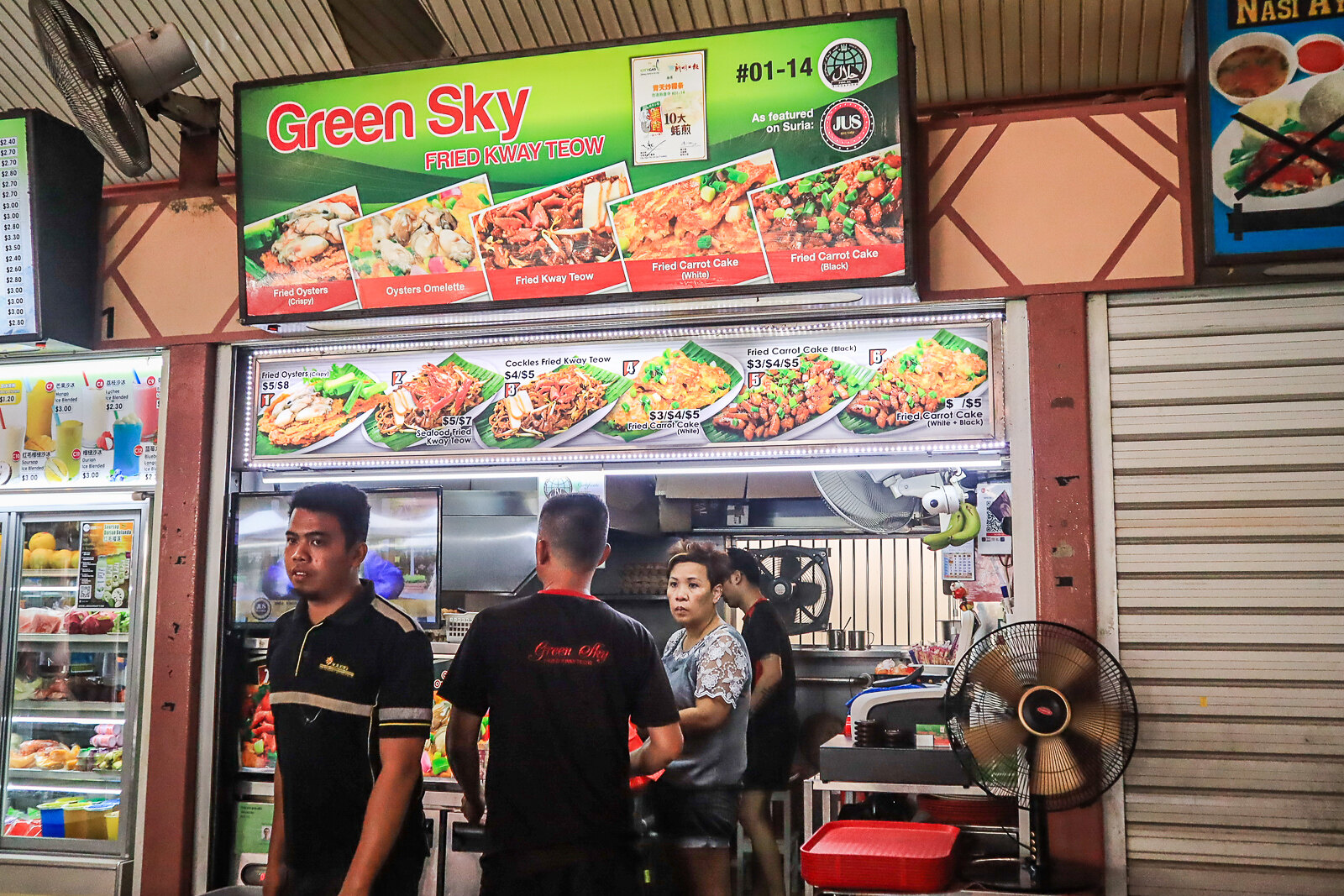 Let’s build a food community that helps to update the food news in Singapore! Simply comment below if there’s any changes or additional info to Green Sky Fried Kway Teow. We will verify and update from our side. Thanks in advance!