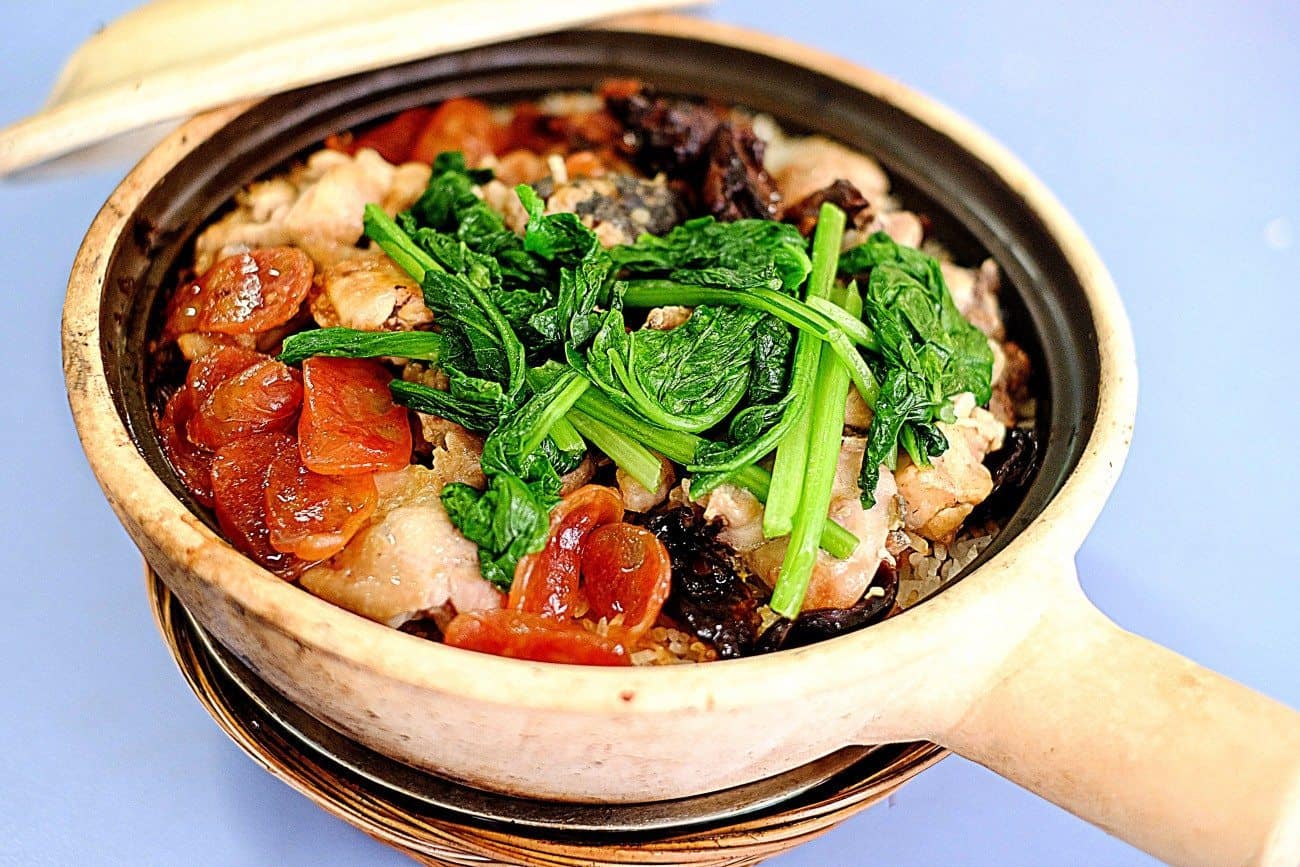 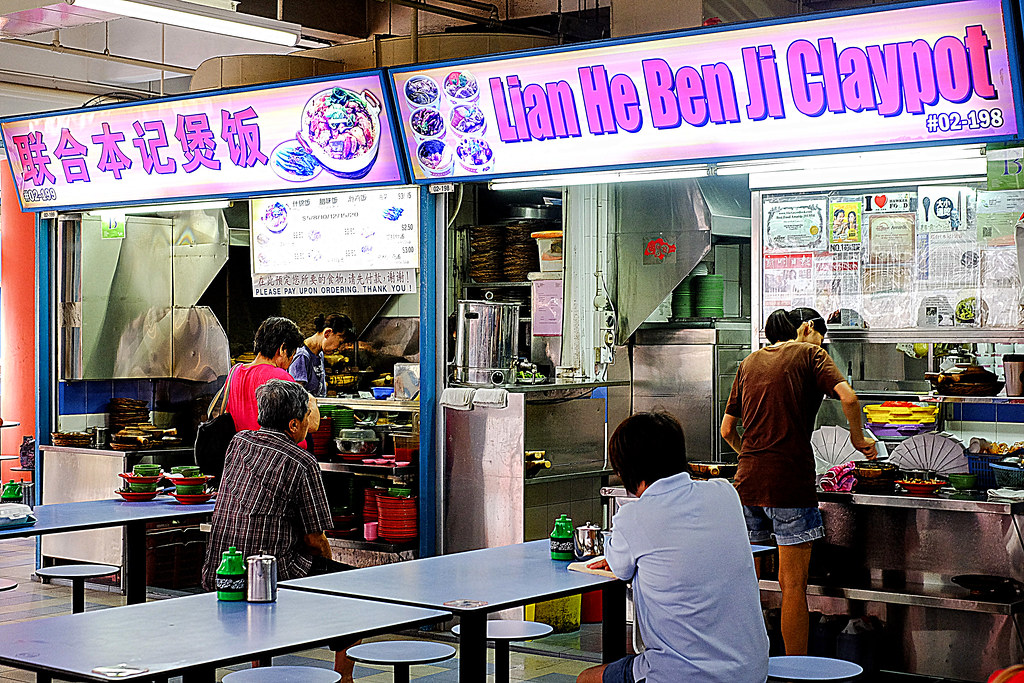 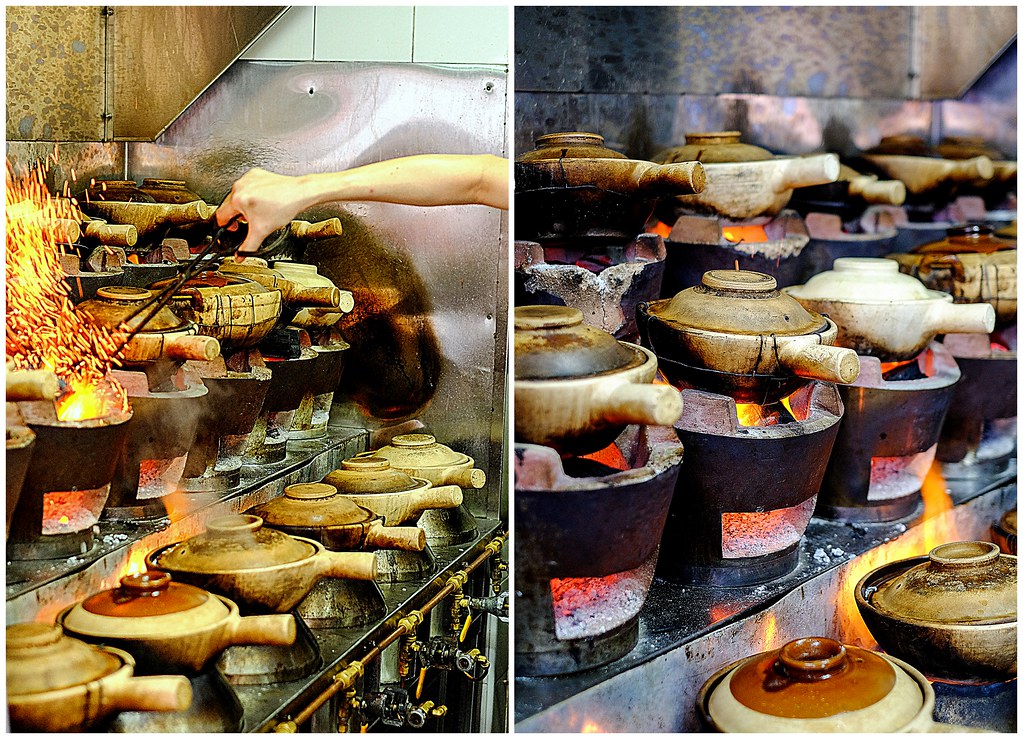 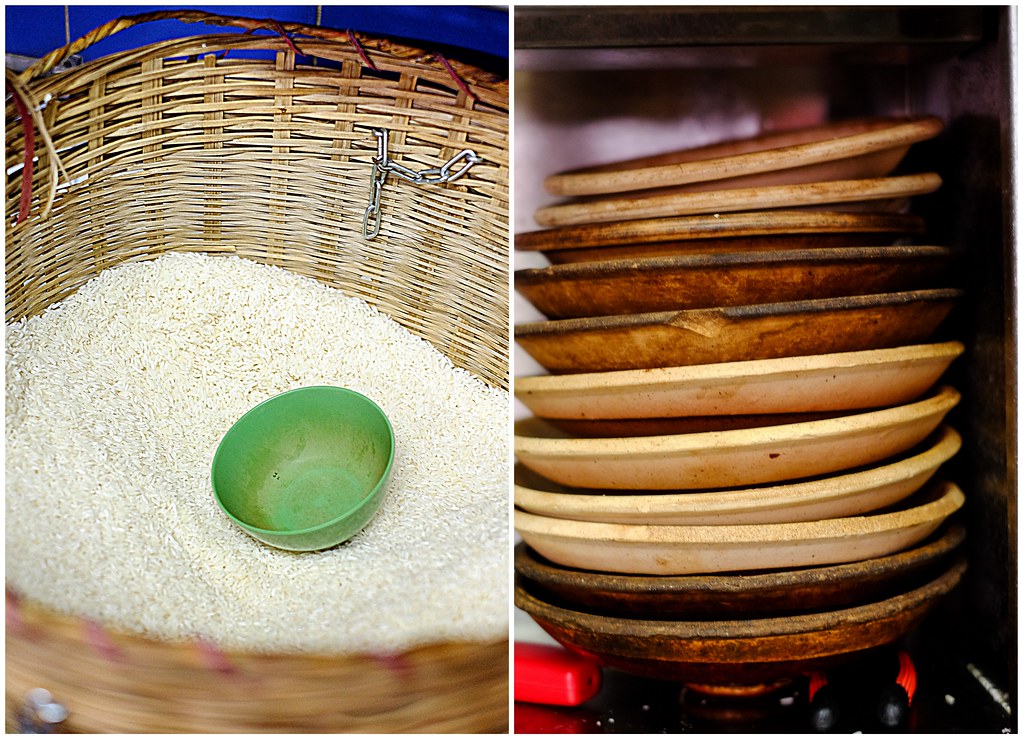 When it comes to a satisfying one-dish meal, this is pretty hard to beat. Occupying two units at Chinatown Complex, “Lian He Ben Ji Claypot Rice” started back in 1979.

I have been eating for many years but most of the time, it was at night (or we waited for very long), so I didn’t bother to take any photos or blog about it. But last week, I went at 4pm for an early dinner and had the chance to take some photos and talk to the owners.

“Lian He Ben Ji Claypot Rice” has been handed from father to daughter-in-law Mdm Lim when the stall moved from the streets into a hawker stall. Mdm Lim have worked at hawker stalls since she was 12 at a wanton mee stall. At 16 years old, she helped her then boyfriend’s father at “Lian He Ben Ji Claypot Rice”. Hawker life is in her blood. Now, she managed the stall together with her sisters and cousin – all women power team! 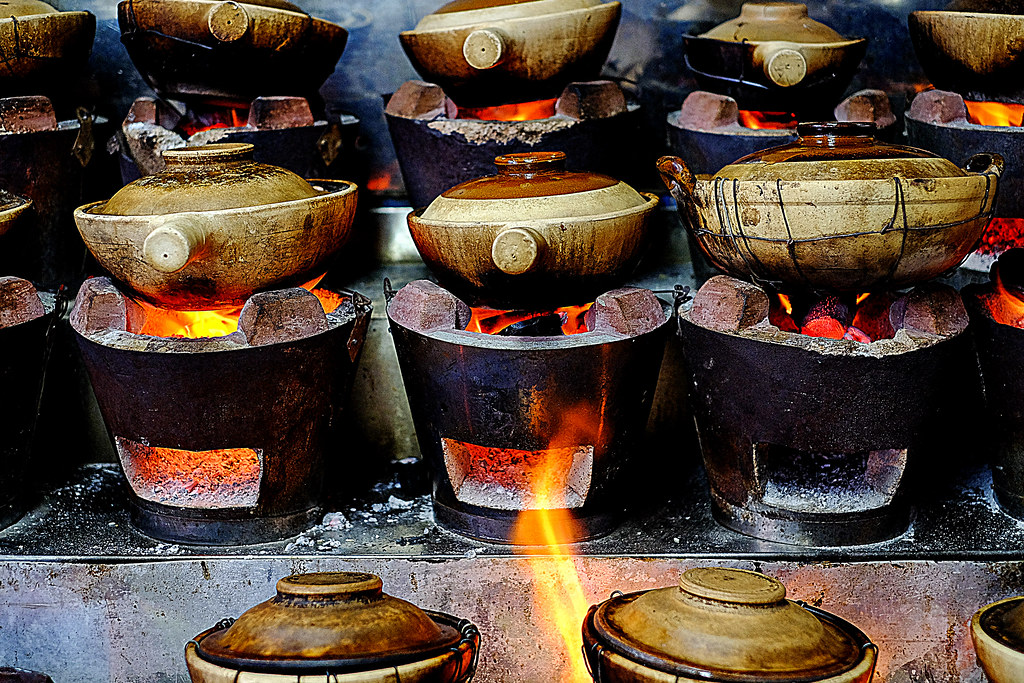 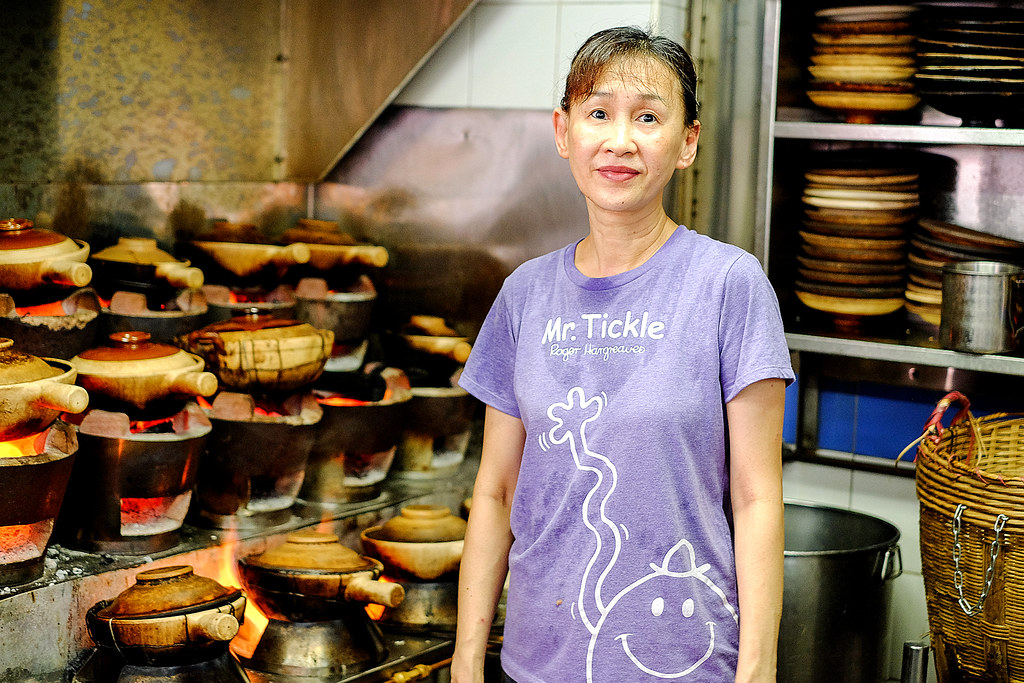 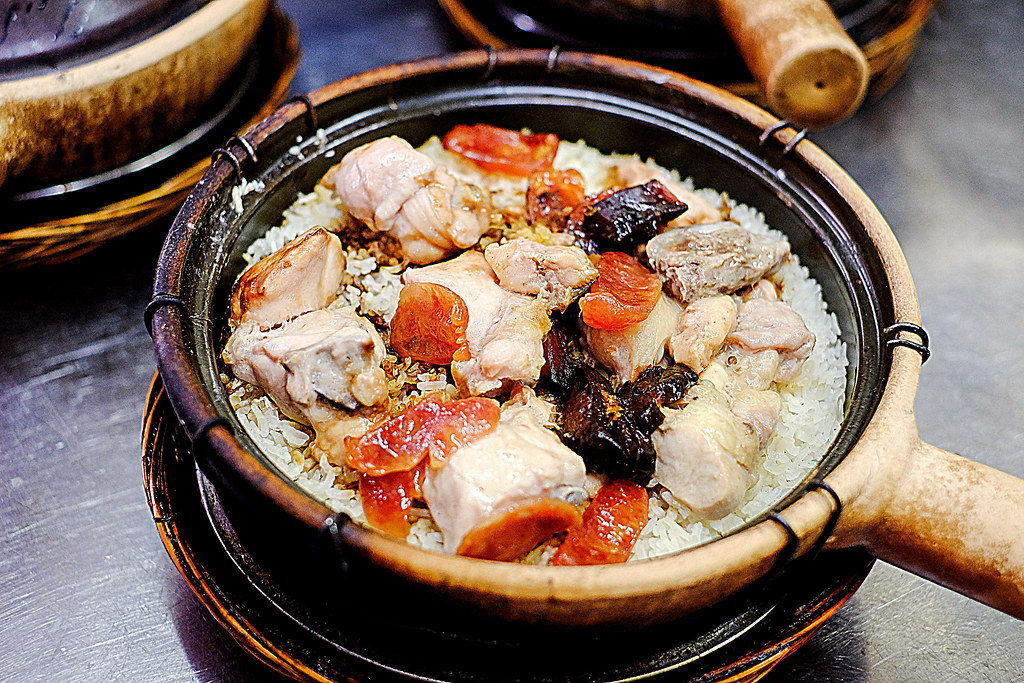 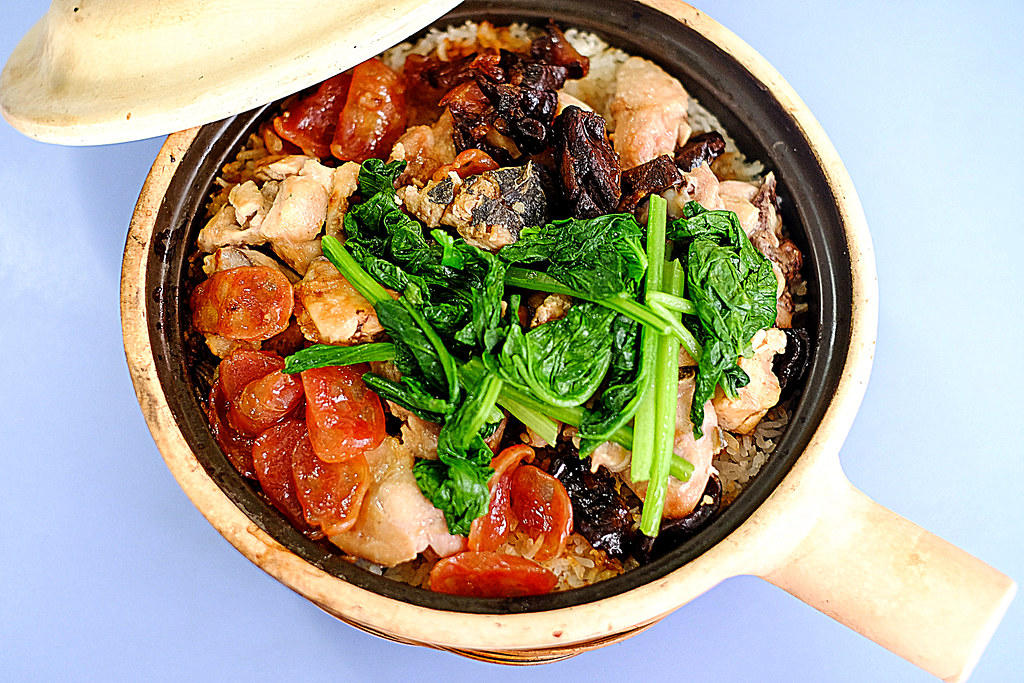 The reason why “Lian He Ben Ji Claypot Rice” is a cut above its competitors is because it doesn’t compromise on cooking time and ingredient quality. Each claypot of rice is cooked from scratch by steaming over a gas stove for 5 minutes, after which ingredients are added and the claypot is transferred to sit over a blazing charcoal flame for the next 20 minutes. This explains the long waiting time. However, there’s the option to call and book in advance now. 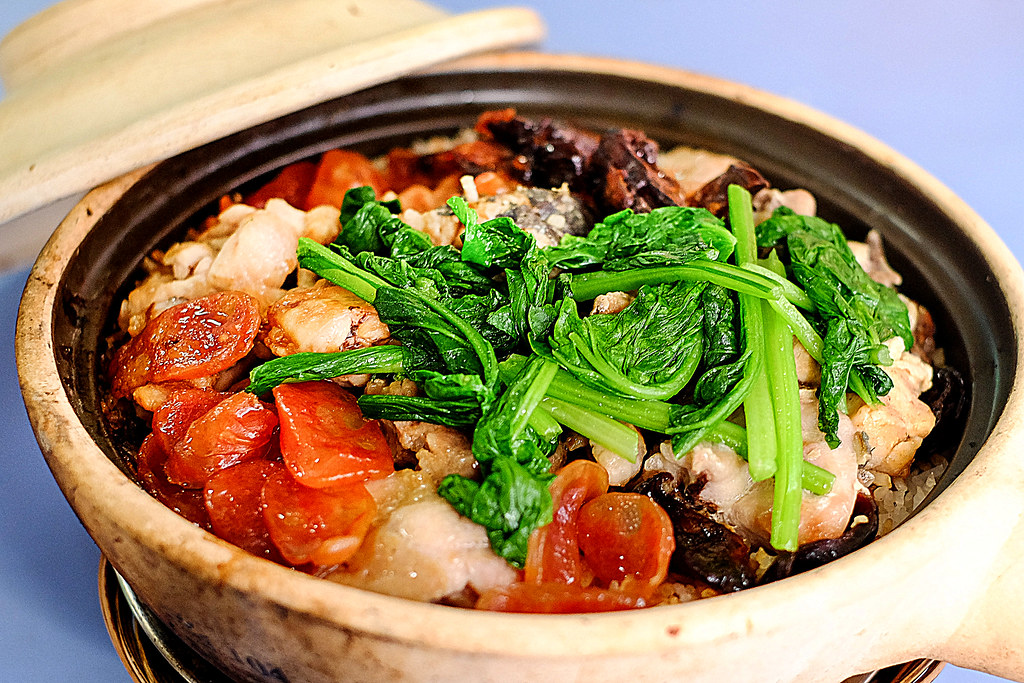 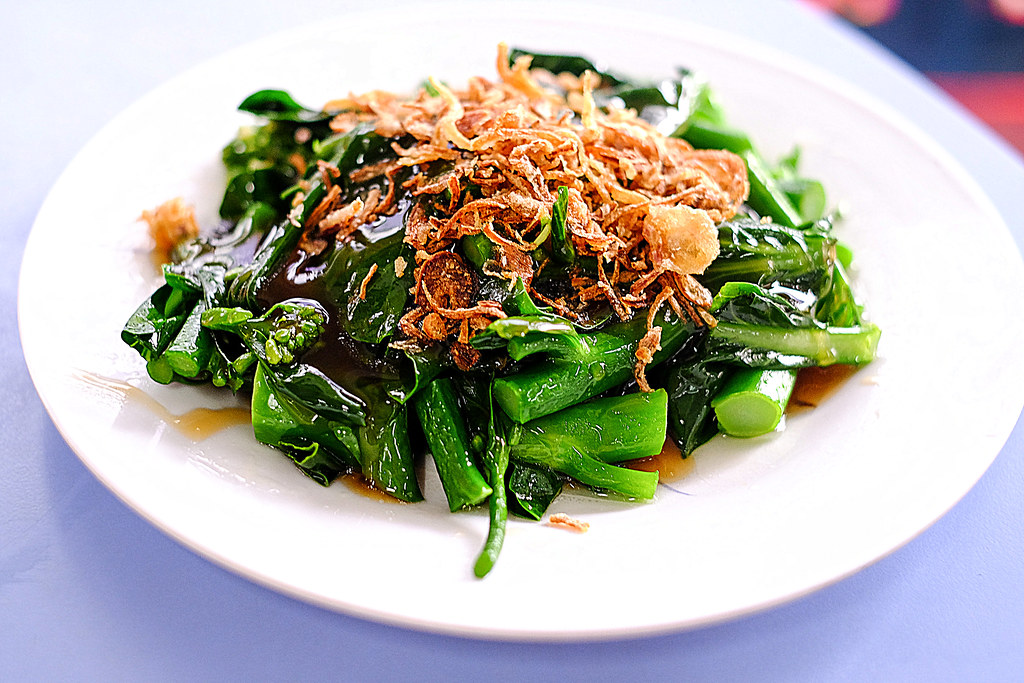 It’s an amazing sight to see how Mdm Lim juggles all 18 stoves by herself while her sisters take orders and prepare ingredients. When our claypot is finally served at the table and the lid is lifted, the aroma of steaming rice wafted through the air.

After drizzling some sweet soya sauce and mixing everything together, the first spoonful of rice I had can only be described as a flavour explosion, we filled our bowls with fluffy grains, juicy chicken, firm lup cheong (Chinese sausages) and silvers of salted fish. The best part about claypot chicken rice for me is to scrap the partially charred rice from the base. The crackle of the crispy rice with all that chicken and smokey flavors is simply irresistible. Price of claypot rice starts from $5 to $20. 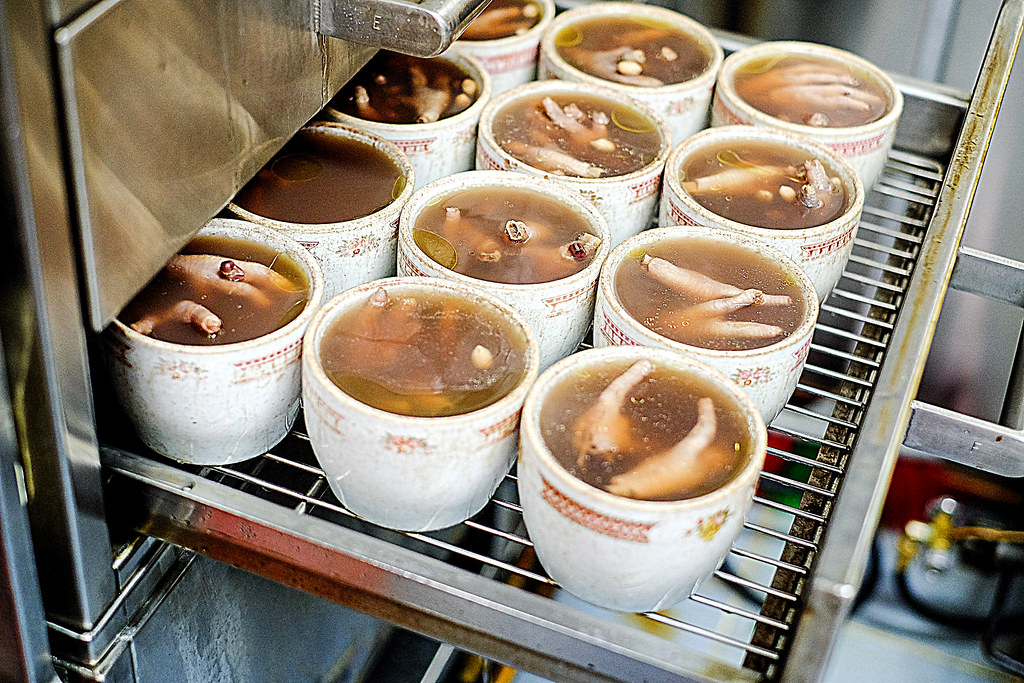 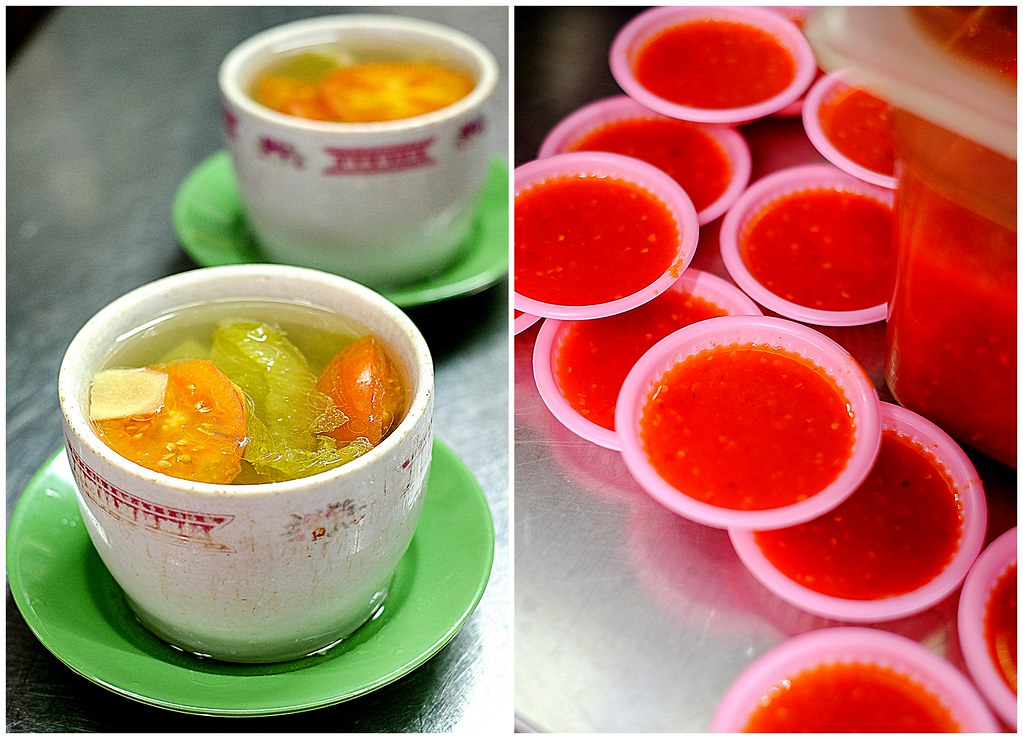 Let’s build a food community that helps to update the food news in Singapore! Simply comment below if there’s any changes or additional info to Lian He Ben Ji Claypot Rice. We will verify and update from our side. Thanks in advance!

Thank you so much for this comprehensive review.
Your photography is excellent; one could almost smell the aroma of the claypot rice meal.
Hope Lian He Ji Ben Claypot Rice is still open in February 2019 when I am in Singapore.