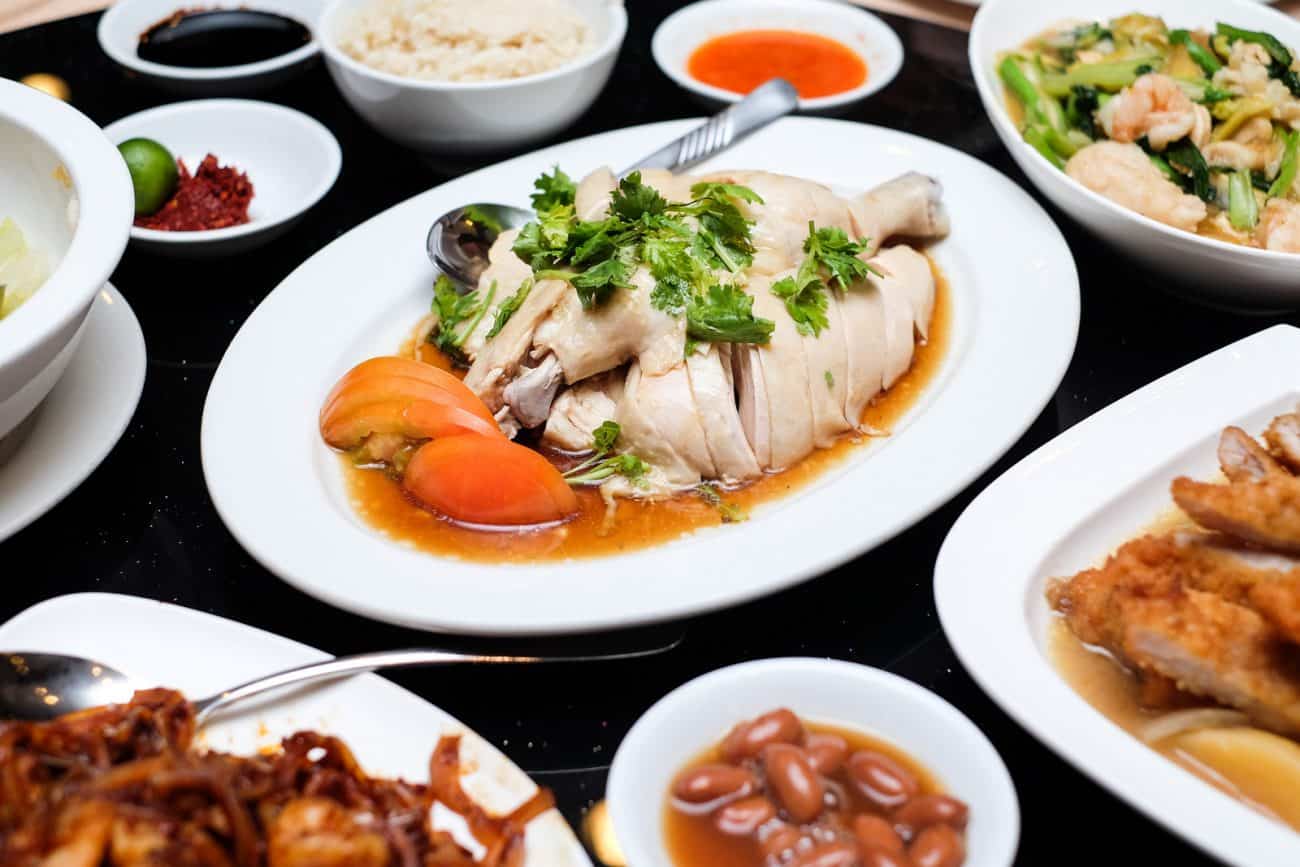 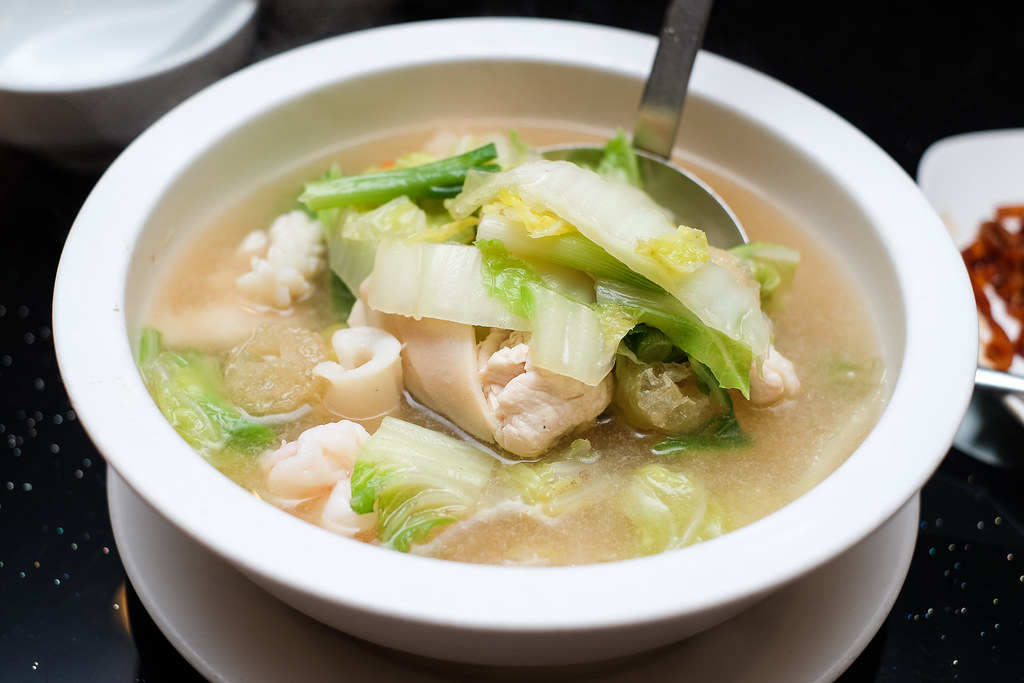 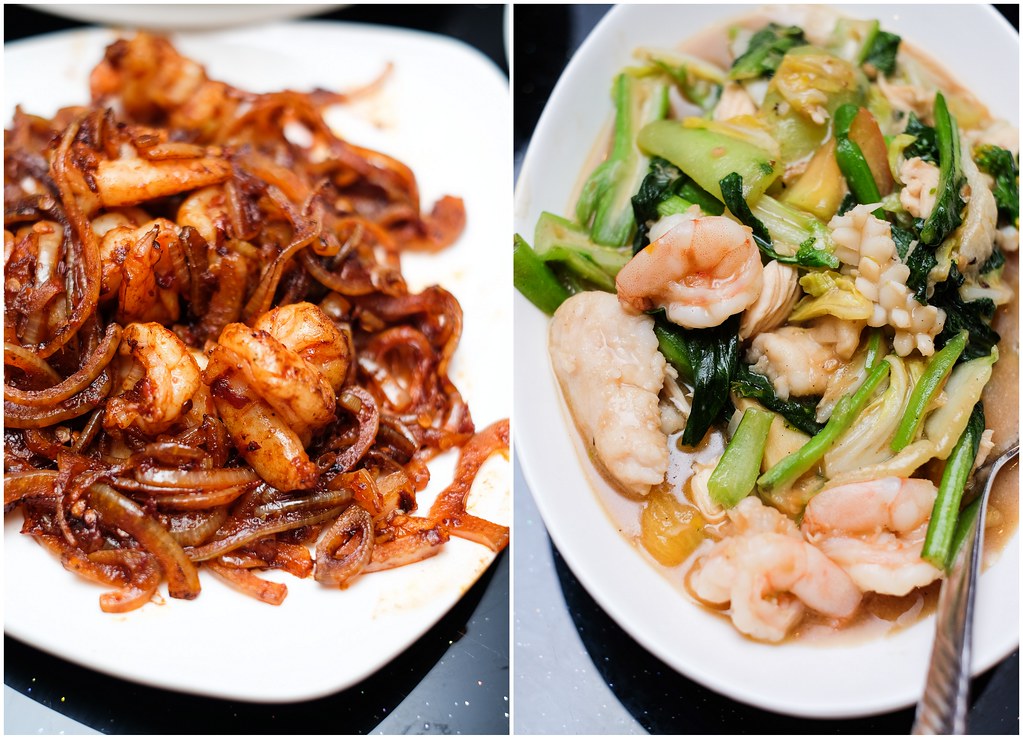 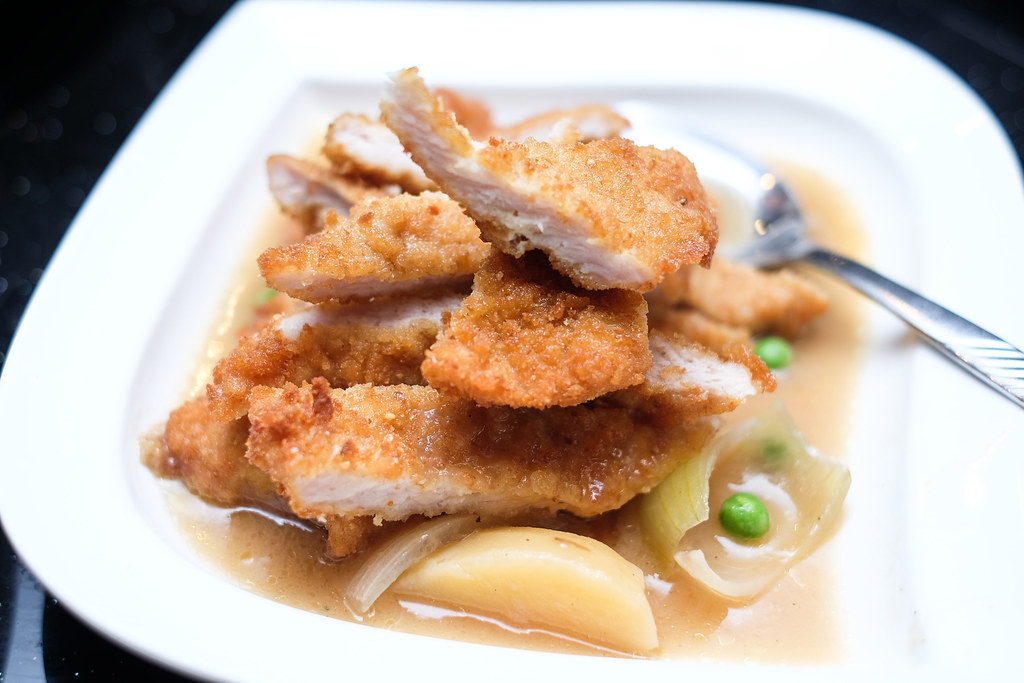 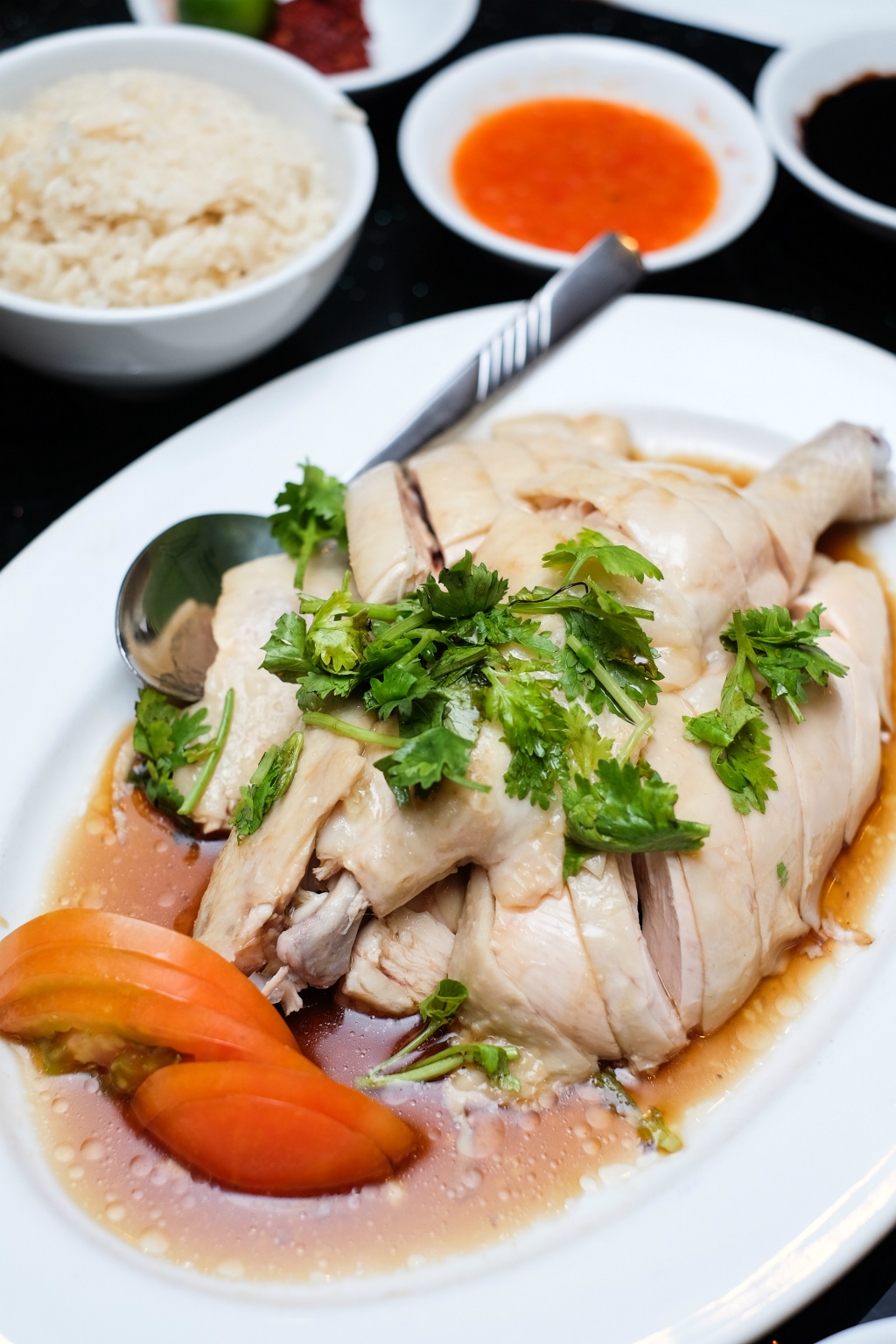 It was my hatch day two weeks ago and I wanted to go on a heritage celebration, makaning with my loved ones at all the good ol’ heritage places in Singapore. One of the places I visited was Mooi Chin Place Village Hotel Bugis. I got to know about Mit from my Hong Kong friends who stayed at the hotel and tried the food.

Opened in 1935, this restaurant started as a restaurant & bar serving only western fare and alcoholic drinks. Back then, they were located at the corner of North Bridge Road and Purvis Street and were one of the few restaurants that has alcoholic license. After World War 2, they started selling oriental cuisine.

The Hainanese Style Poached Chicken (half $20) is very smooth and tender, goes well with the rice that’s subtle and not too oily. The rice has a mild chicken flavour with pronounced ginger fragrance. They also have offer the Hainanese Chicken Rice Set for $16. Nothing to shout about for the Fried Chop Suay ($14), I wish it was less savoury.

The Hainanese Mutton Soup ($16) is another signature dish but unfortunately, my friends are not big on mutton so we skipped it. Instead, we went for Fish Maw with mixed meat and seafood soup ($24) which is very homely and comes with cabbage, abalone slices, prawns and squid. Alternatively, order the Fried Fish Maw with Seafood ($16) to go with a bowl of steaming hot white rice.

Because the owner used to hire cooks who had worked in Peranakan families, hence they dish out great tasting sambals and curries. Fried Prawns with Sambal and Onion ($18) looks like an unassuming dish but it has got excellent sambal flavours – spicy and aromatic!

Hainanese Pork Chop ($14) does not come the familiar tomato-based sauce but a French style brown gravy made from a recipe passed down by the owner. This dish was said to be a favourite among many British patrons during the restaurant’s younger days. The breadcrumbs kept the meat moist and crispy throughout the dinner.

Other Hainanese favourites include Deep Fried Pomfret Coated with Sambal ($38), Hainanese Style Ox Tongue Stew ($18), Hainanese Curry Chicken ($18). You can also go for their list of Western offerings. Service and decor have got nothing to shout about and the price was a little on the steep side. Sadly, there were only 2-3 tables on a weekend evening even though they do offer a homely taste with nostalgia.

Let’s build a food community that helps to update the food news in Singapore! Simply comment below if there’s any changes or additional info to Mooi Chin Place. We will verify and update from our side. Thanks in advance!