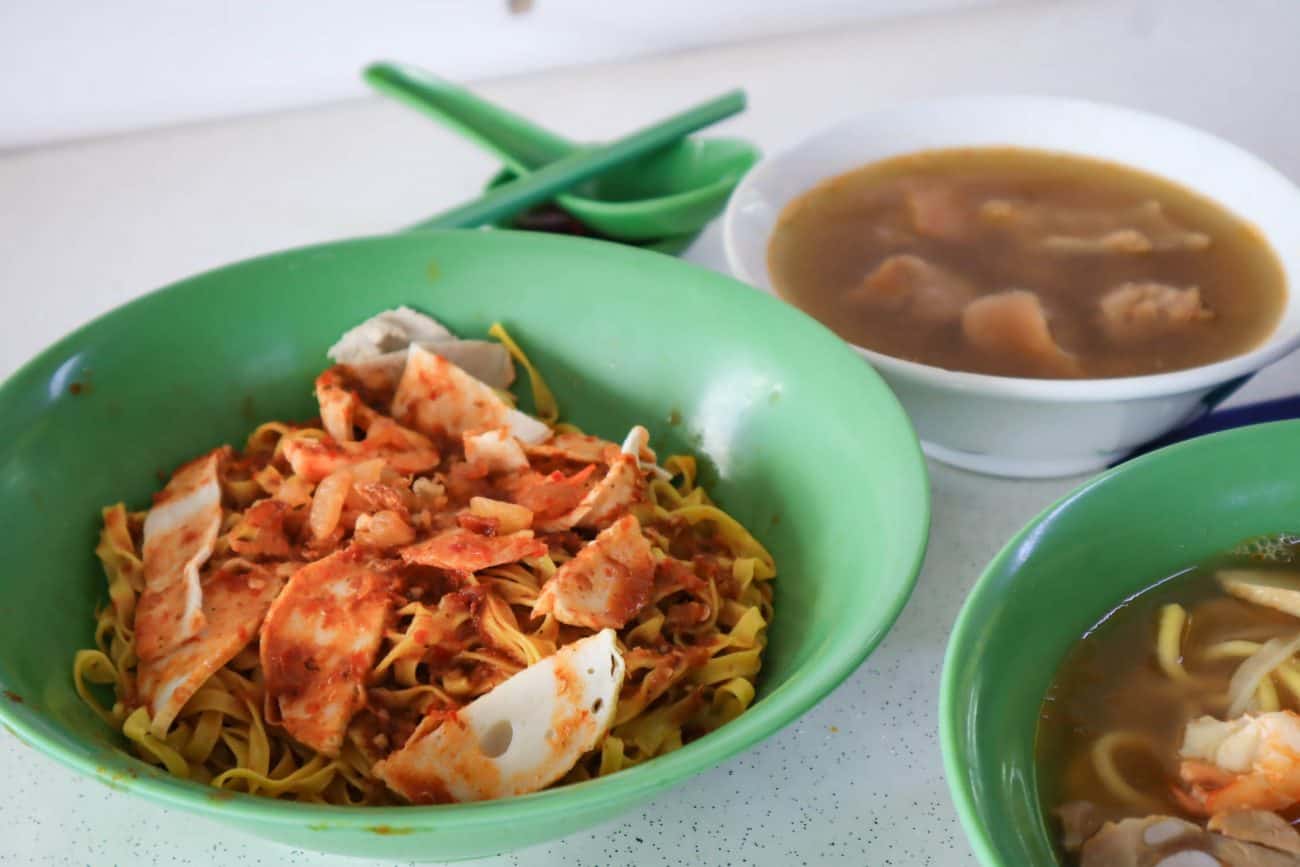 This humble prawn mee stall is found in a picturesque neighbourhood in Bendemeer, which makes a pretty relaxing place for a morning walk after a hearty breakfast at block 44’s No Name Prawn Noodle stall. 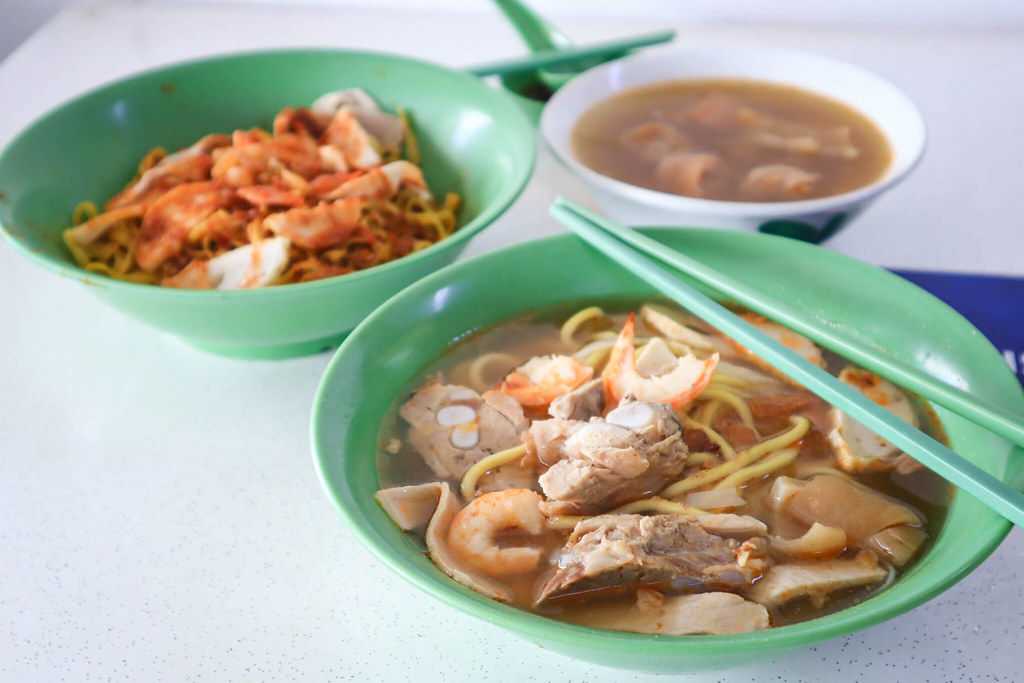 The menu is the epitome of the saying “a picture is worth a thousand words”, with only prices of the different variations stated. The stall assistant gave a quick summary on the different options in Mandarin and it went a little like this, “Number one has everything from pig’s skin to pork ribs and prawns, number two is some pork slices with prawns. Number three is pork ribs with prawns and number four is mainly the pig’s tail and pig’s skin with prawns.” 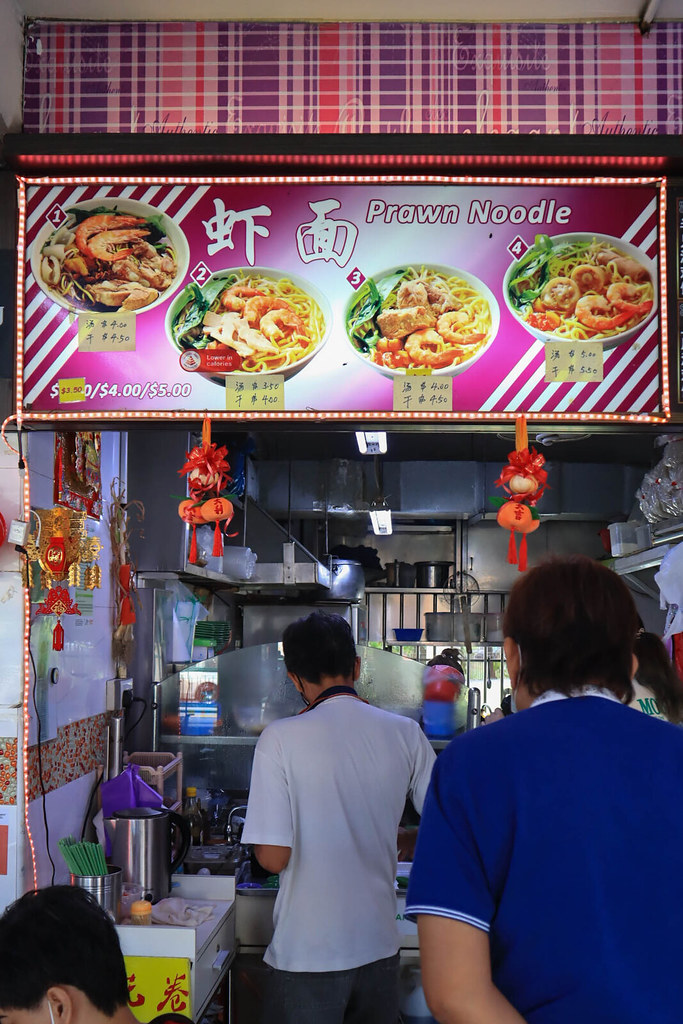 I had dish number 1, the bowl with all in one ($4) in the soup version and dish number 4, the pig’s tail noodles in the dry version ($5.50). Nothing fancy here, just an honest bowl of good ol’ prawn noodles.

You May Also Like
Yong Xiang Carrot Cake – Png Kueh and Soon Kueh Pan-Fried in Carrot Cake Style, I Just Don't Know Another Place That Does This! 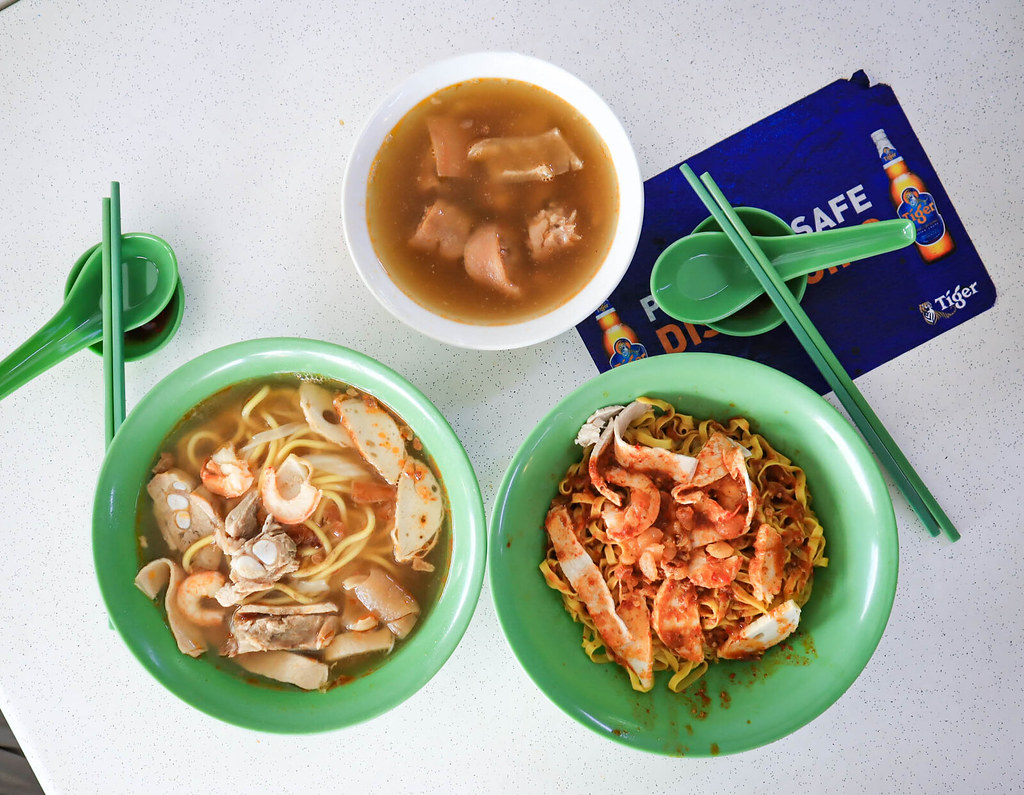 First up, the soup version with bountiful ingredients in one bowl. It’s a super affordable option, especially when most prawn noodles in this serving size cost at least $5 now. The soup was quite mellow in terms of flavour, but comforting nonetheless. 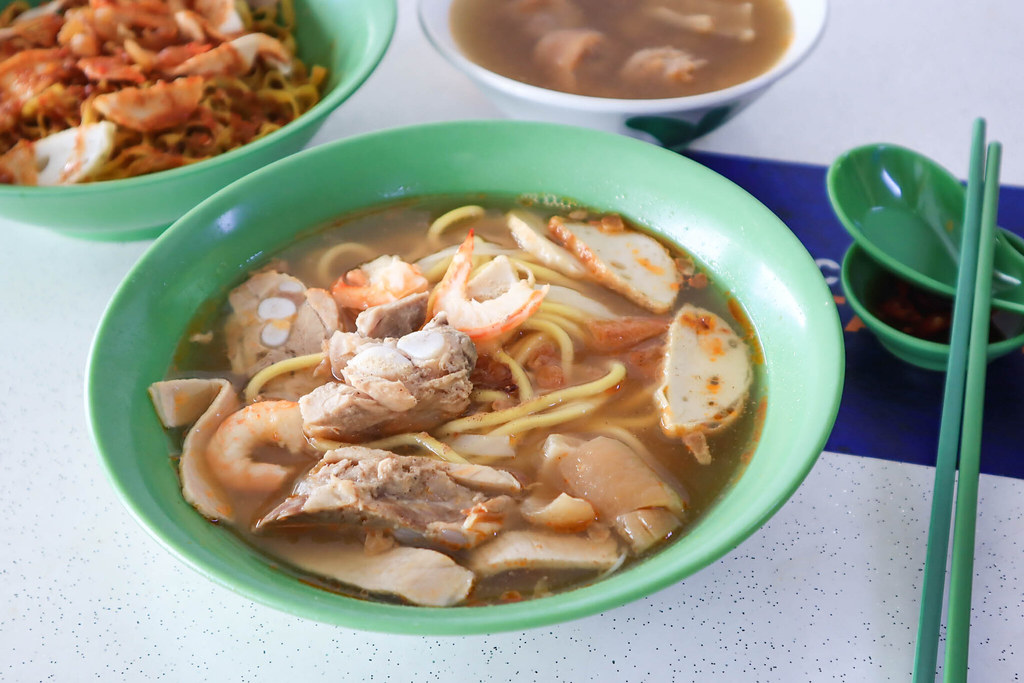 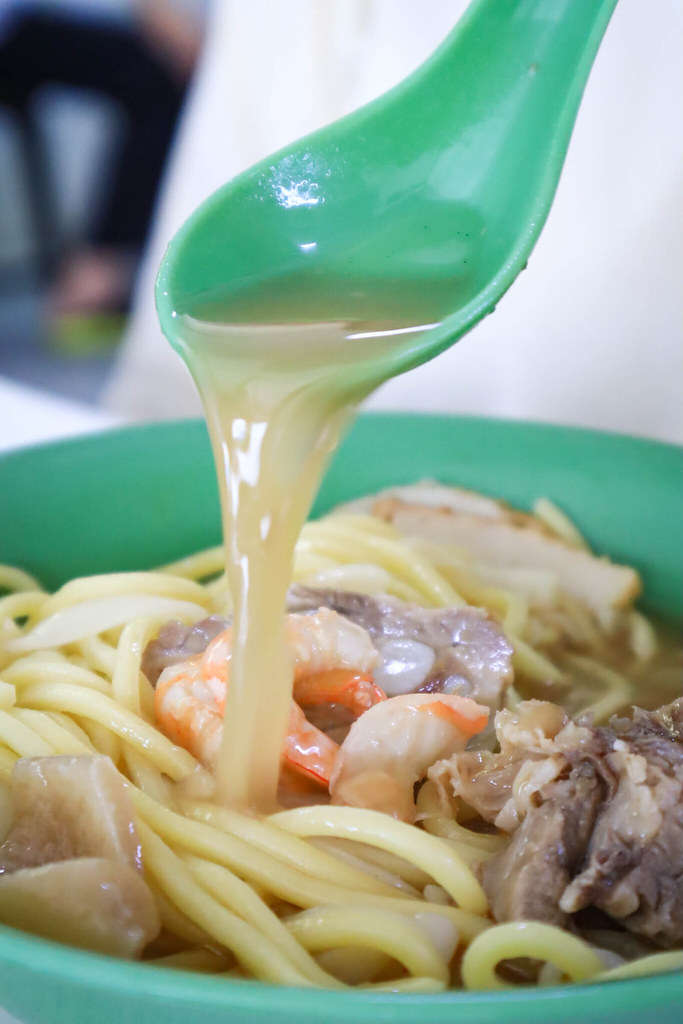 The noodles were topped with some tender pork ribs, lean meat and chewy bits of pig’s skin. The halved prawns were small, but they had a hint of sweetness and tasted decently fresh. 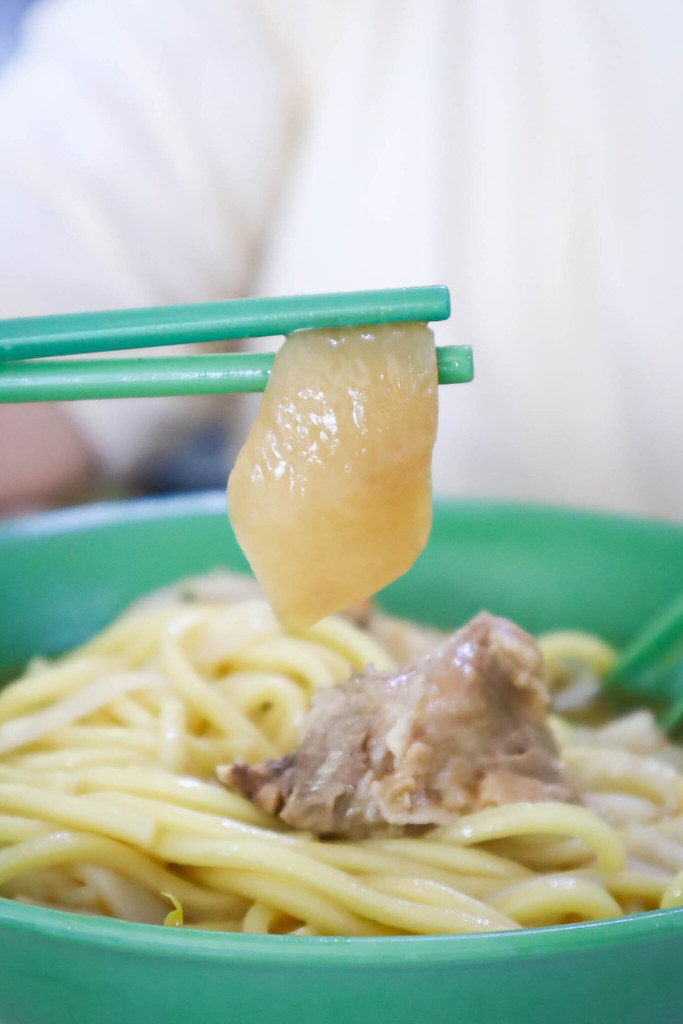 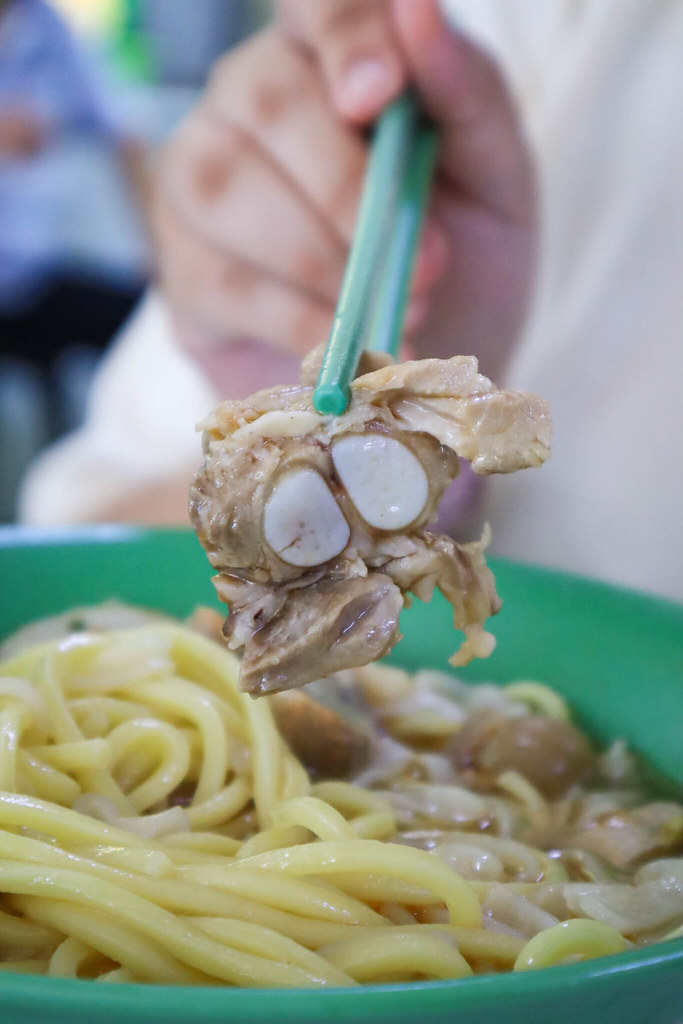 Interestingly, the highlight for me was the dry version of the prawn mee. Although the essence of a good bowl of prawn noodles usually lies in the soup, I think that the chilli in the dry version steals the show. 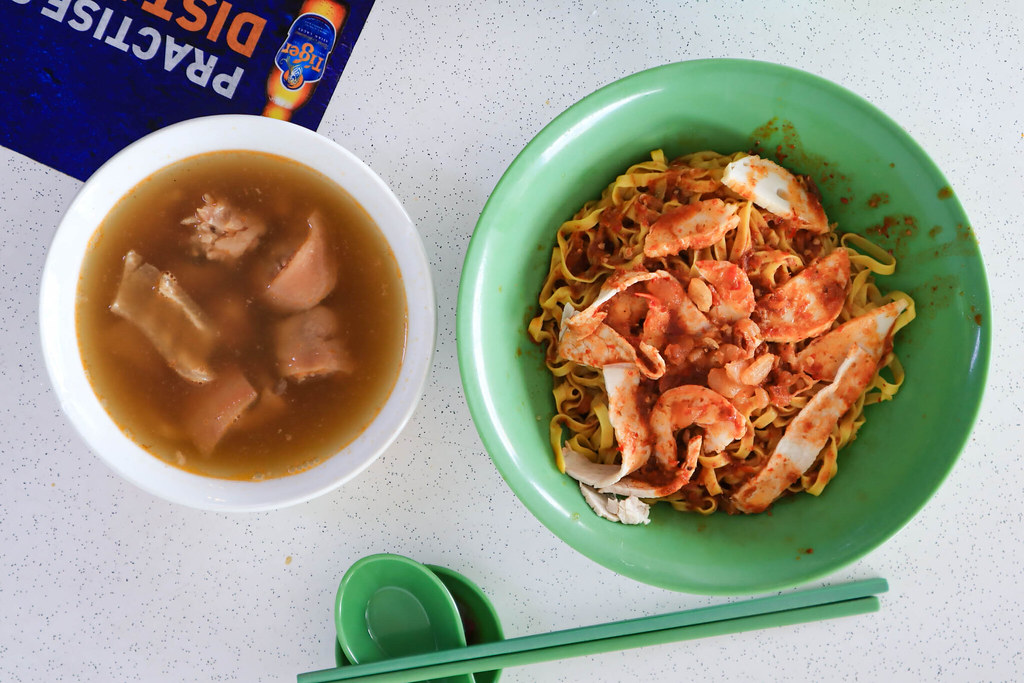 Give the noodles a good toss to coat every strand with that satisfying chilli sauce that would leave you wanting more. In short, it was super shiok. Ask for a double portion of the chilli here if you are a sucker for hot and spicy food. 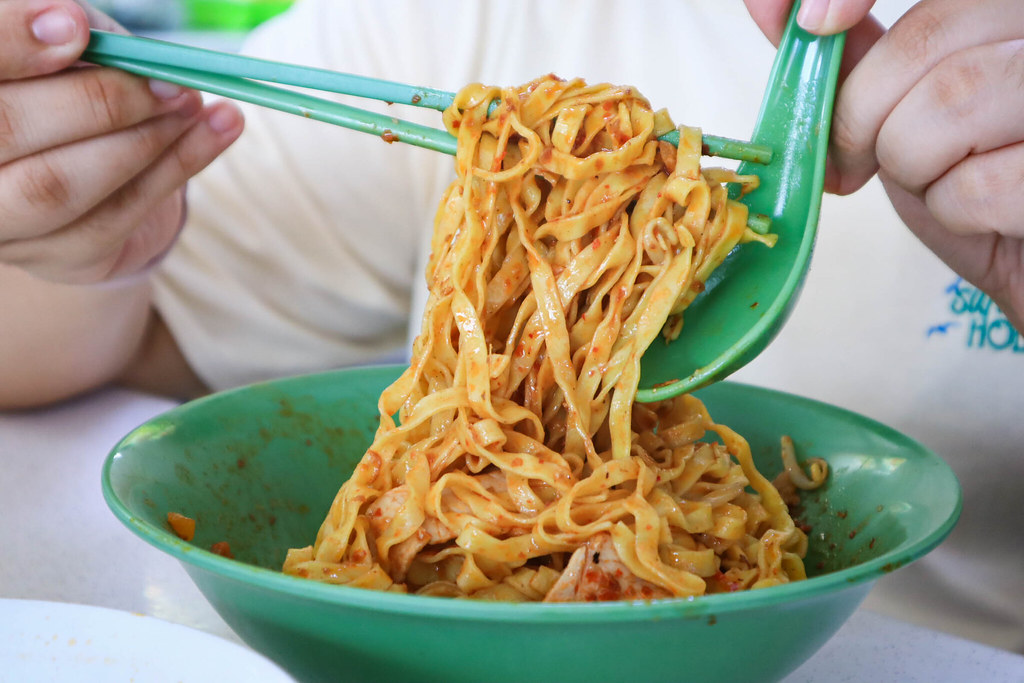 The pig’s tail came in the soup on the side, along with some pig’s skin as well. The pig’s tail was cooked thoroughly and well, as it was very easy to bite through. 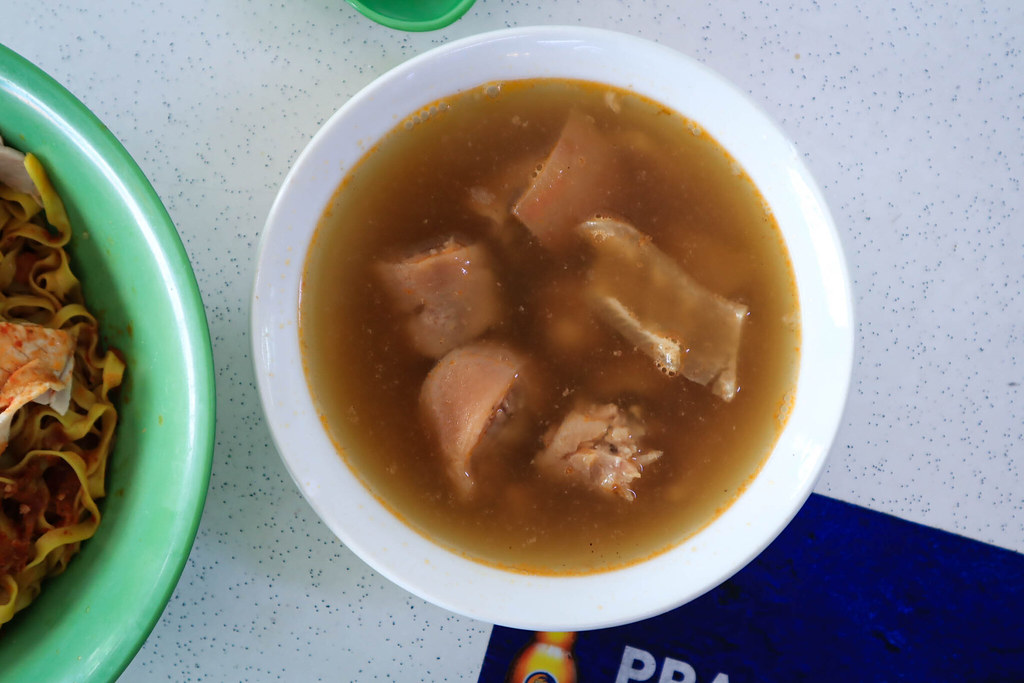 If you’re particular about having the pig’s hair removed from the skin, you might want to brace yourself. It’s not the “cleanest” in that sense. Other than that, the pig’s tail was succulent and if you haven’t had it before, you can try it here!

You May Also Like
Happy Cow Beef Noodle & Soup - Beef Noodle Stall in Yishun with 7 Different Types to Choose From! 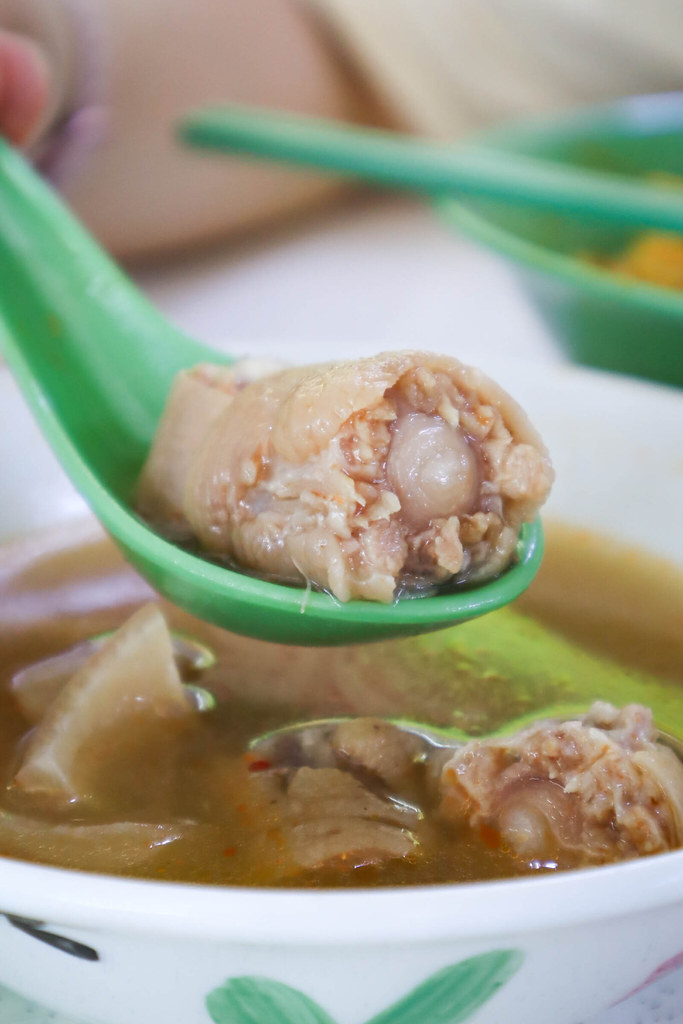 In a nutshell, if you’re feeling nostalgic and want an old school bowl of prawn noodles, do check out No Name Prawn Mee! Do go for a slow and relaxing walk around the tranquil area after your meal!

Let’s build a food community that helps to update the food news in Singapore! Simply comment below if there’s any changes or additional info to No Name Prawn Mee. We will verify and update from our side. Thanks in advance!