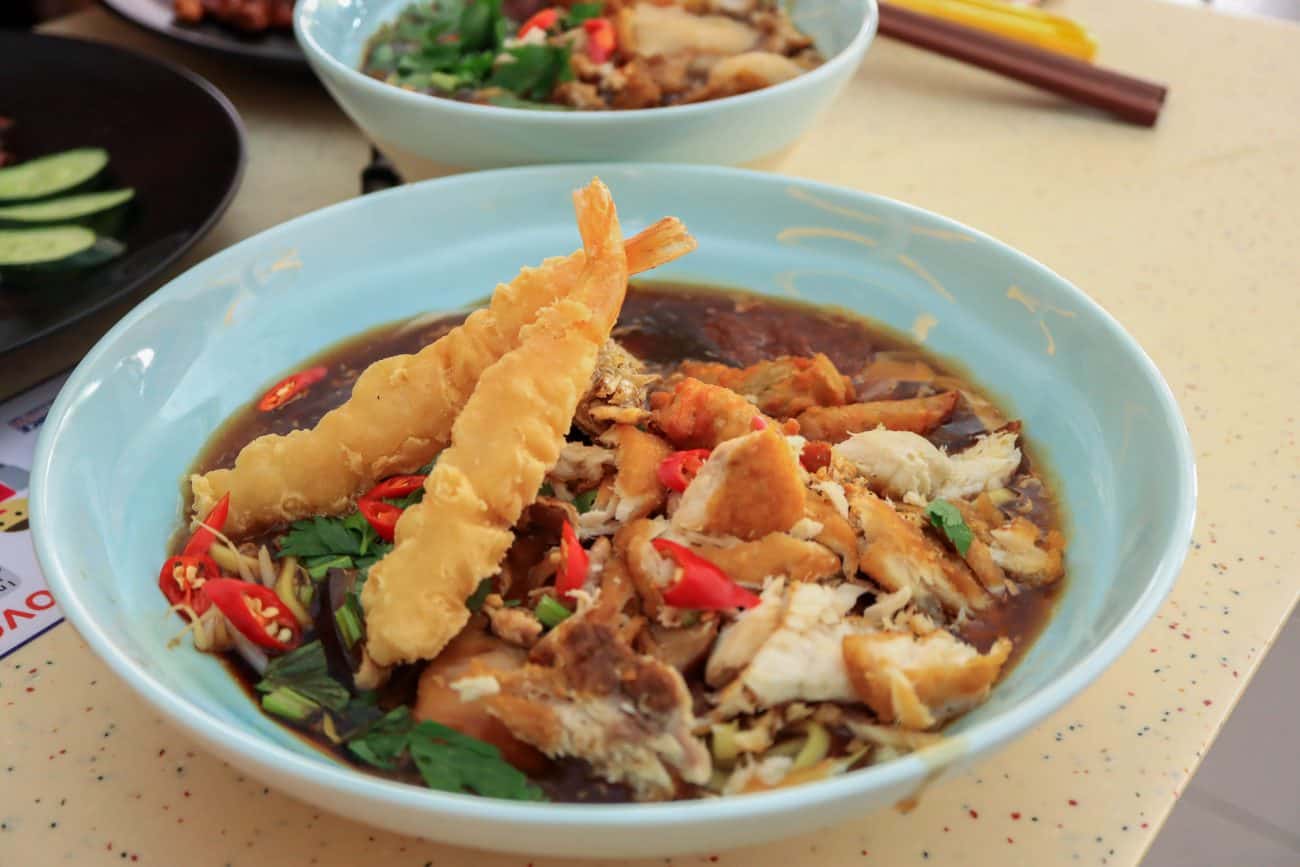 Fans of Zhen Hao Lor Mee would be thrilled to know that they are not gone forever! They have renamed themselves upon moving to Tiong Bahru Market. It just occurred to me that I didn’t probe further why they are now called Singapore Lor Mee… My bad, as I was too caught up in small talks with the owners who were really friendly and jovial! 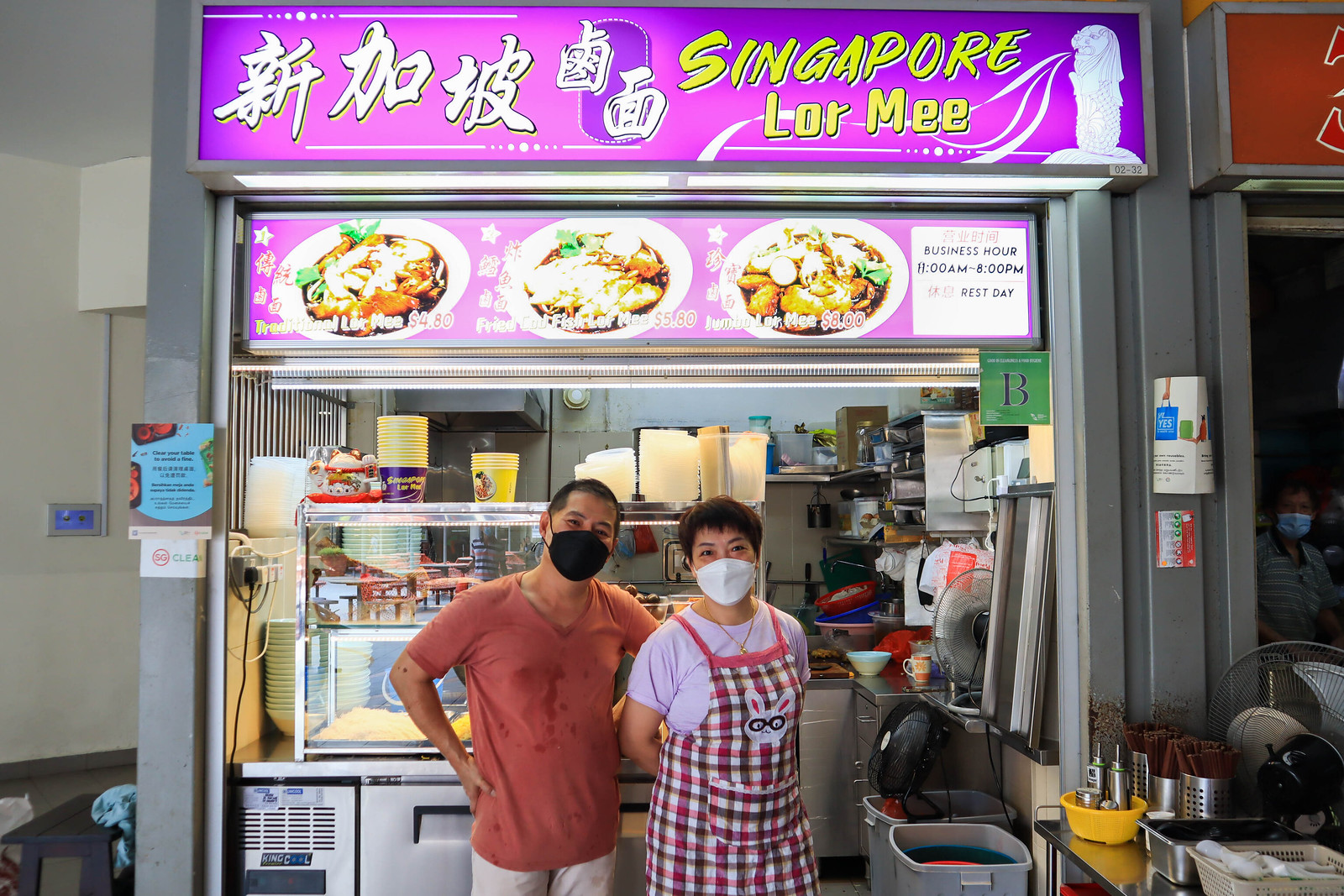 I got the Traditional Lor Mee ($4.80) and the Jumbo Lor Mee ($8). There is another item on the menu, which is Fried Fish Lor Mee ($5.80). It feels like a subtle “small, medium and large concept” for their menu, even though their focus is on specific ingredients added into each bowl. 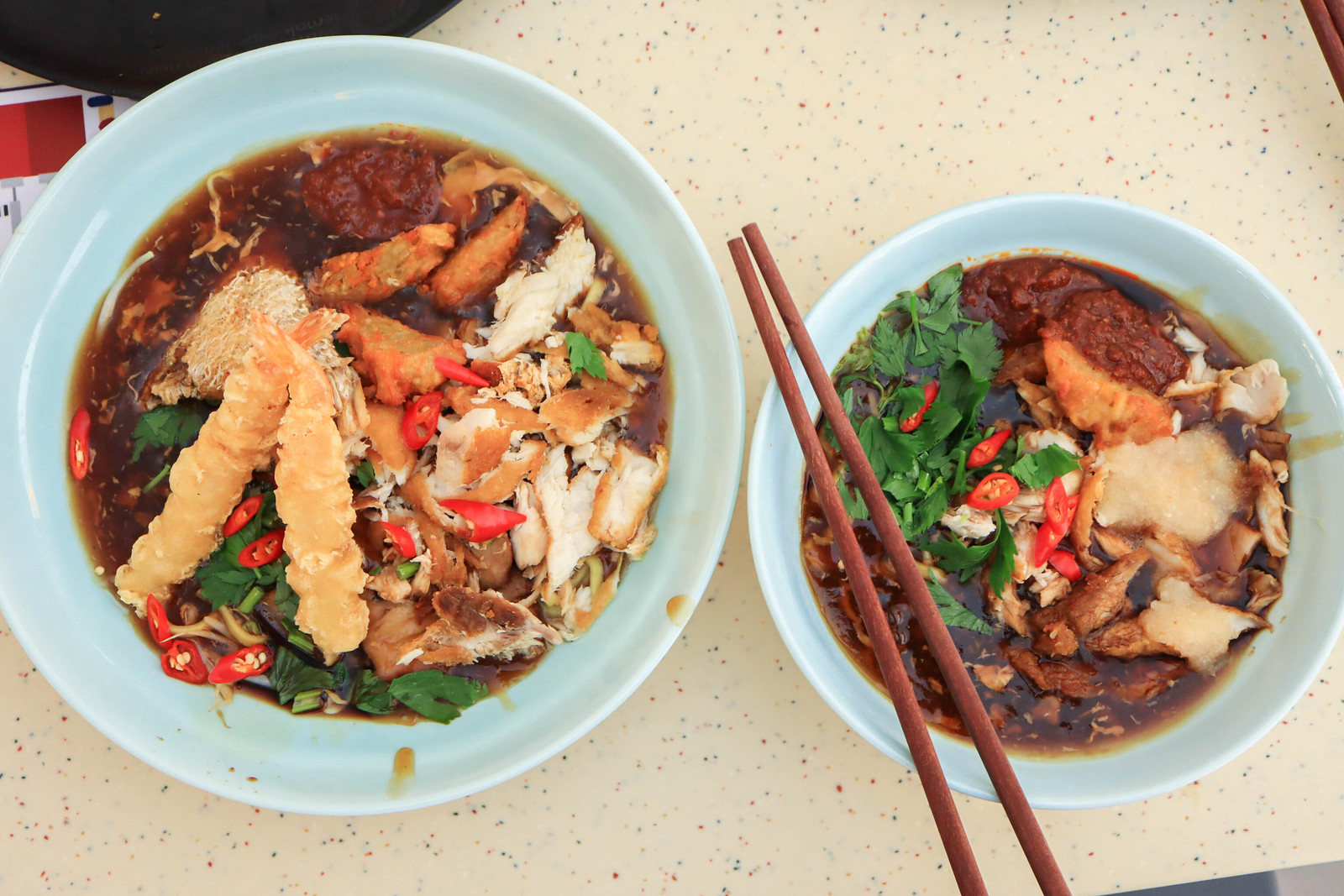 Let’s start with the Traditional Lor Mee. It was the most basic bowl among the three, with the essential ingredients such as fried fish flakes, vegetable fritters, and pork belly slices. It was quite interesting to note that they use fried vegetable fritters instead of adding ngoh hiang (five-spice roll) like how most stalls do. 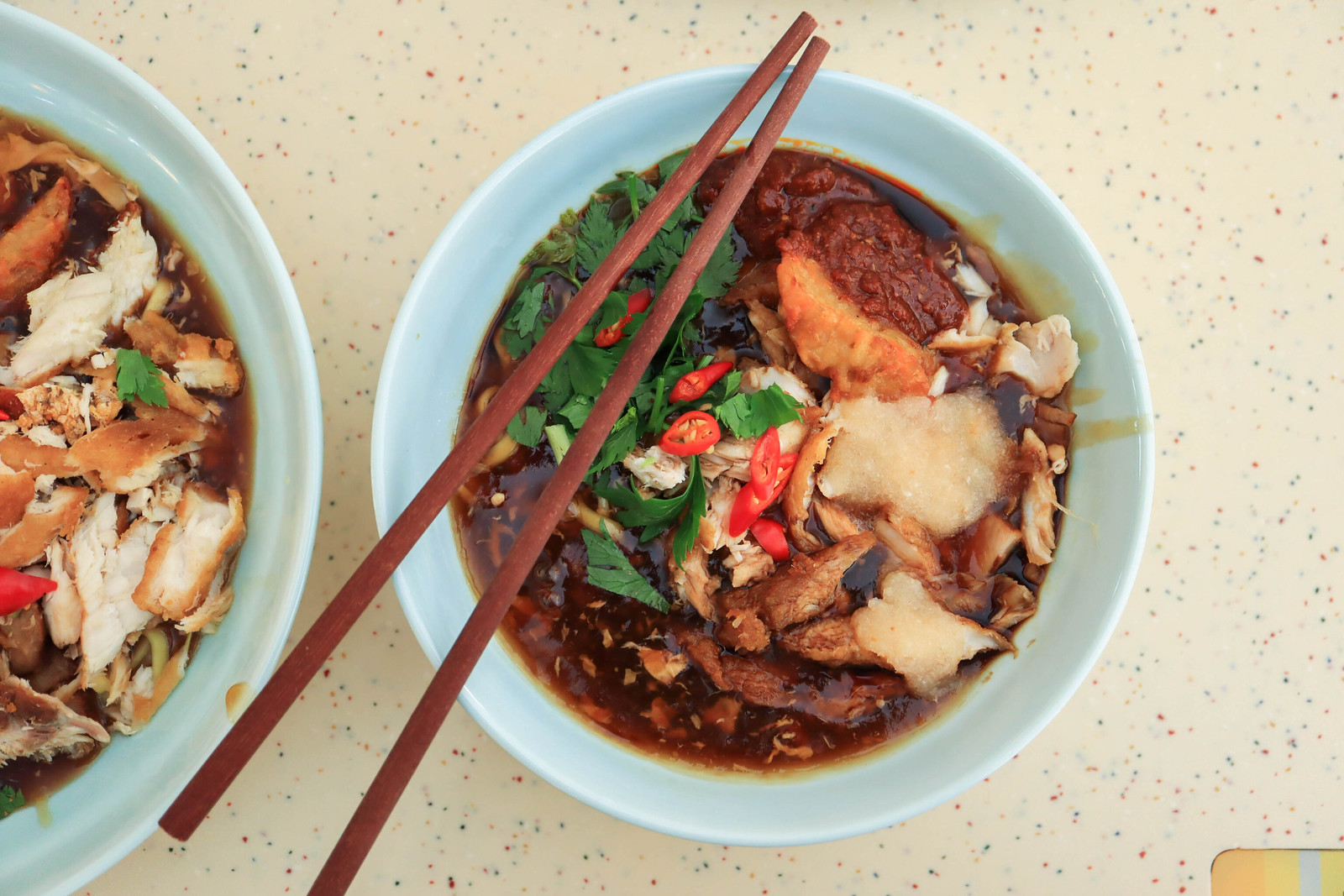 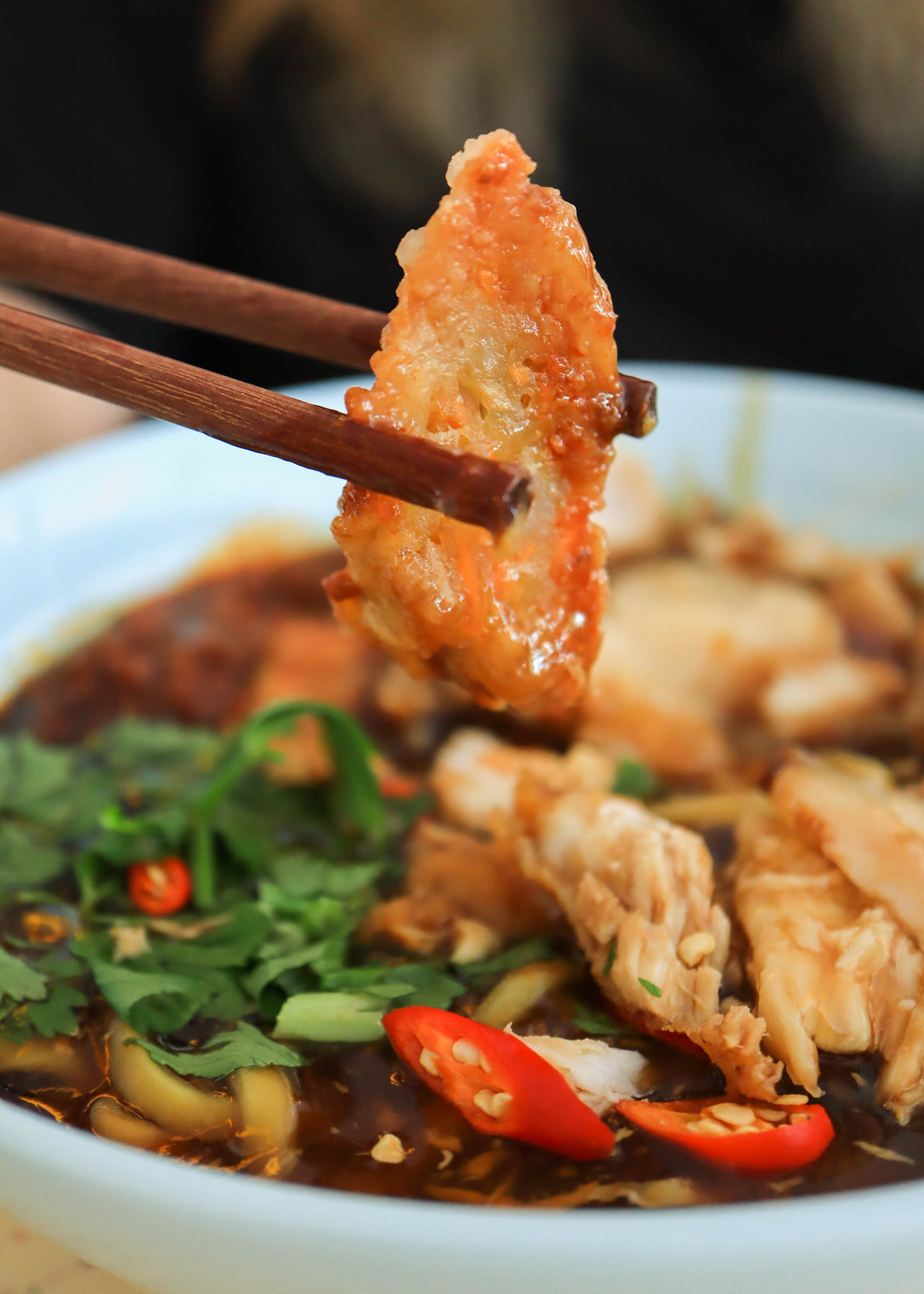 I added all the condiments available — chilli, garlic, coriander, vinegar and chilli padi — as I always do whenever I have lor mee. If you’re just here to satisfy your lor mee cravings, the traditional bowl would do the trick. It checked all the boxes of a good lor mee gravy. It was super sticky and flavourful. I loved how every strand of noodle was coated with the gravy so nicely too! 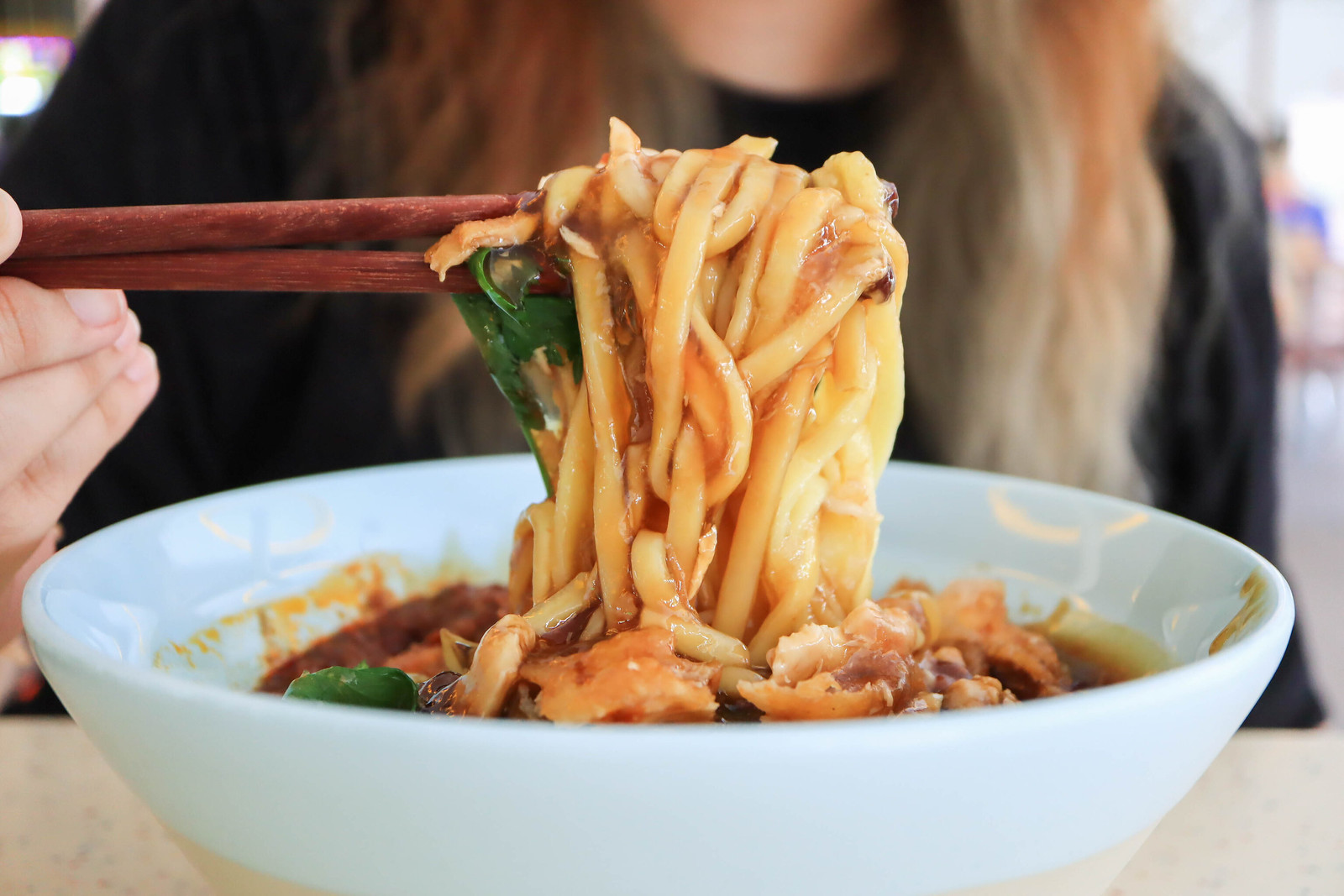 Now, onto the jumbo lor mee. It’s a unique bowl as I’ve never seen ebi tempura paired with lor mee before. What’s more, it also has a large piece of fried fish, which is also another unique thing as most stalls use deep-fried battered dory fish instead of a whole fish. 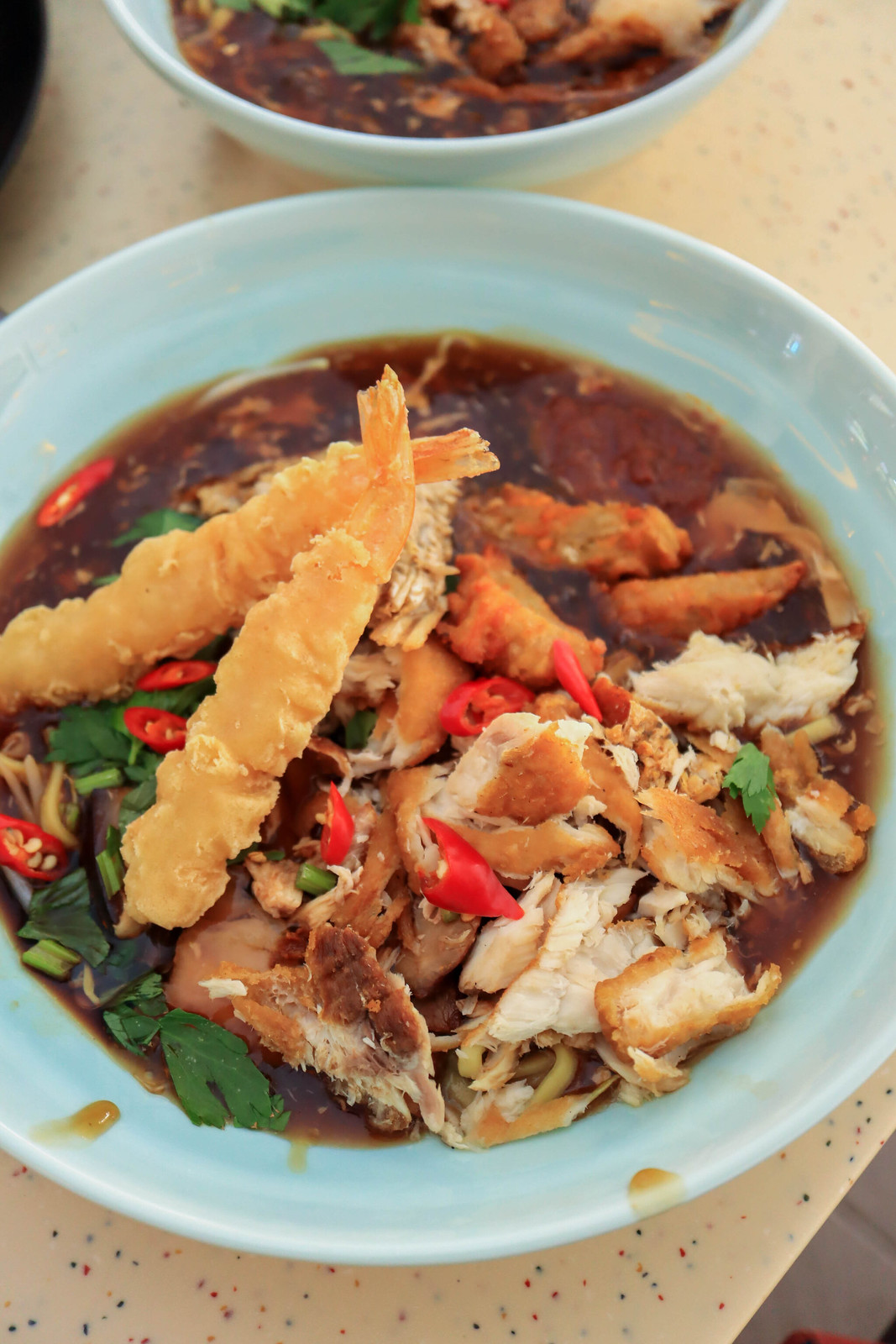 In the jumbo bowl, there’s also a significantly greater amount of fried fish pieces as compared to the amount in the traditional bowl. This almost felt like a fusion-style lor mee instead of the so-called Singaporean-style lor mee, especially with the addition of ebi tempura. 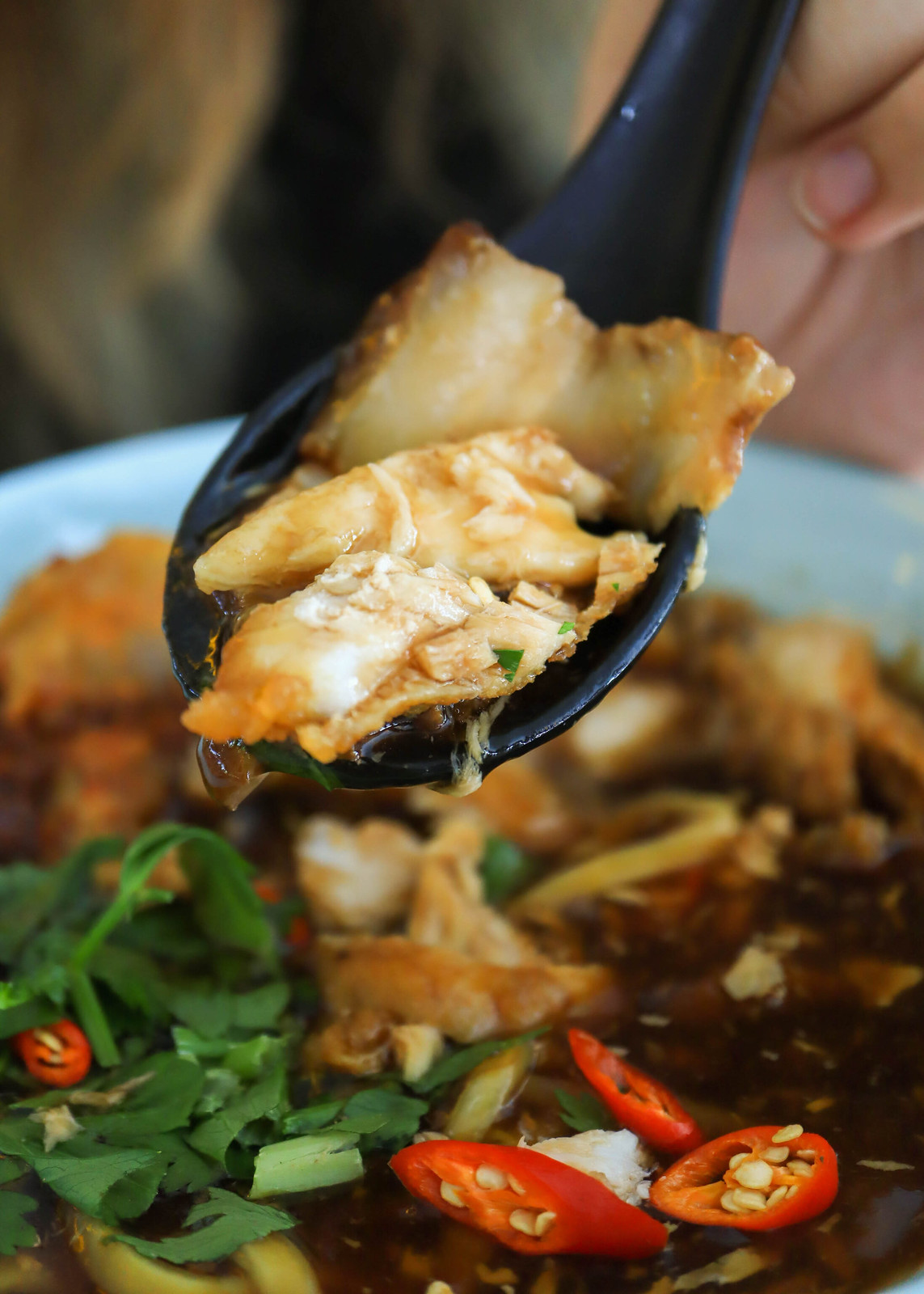 Even though there was a whole bunch of fried food in the jumbo bowl, it was not too jelak. The fried fish was not super oily or crispy. I thought that they nailed it for the fried fish as the fish meat was not too dry. It was still moist and tender and it didn’t have a fishy smell! 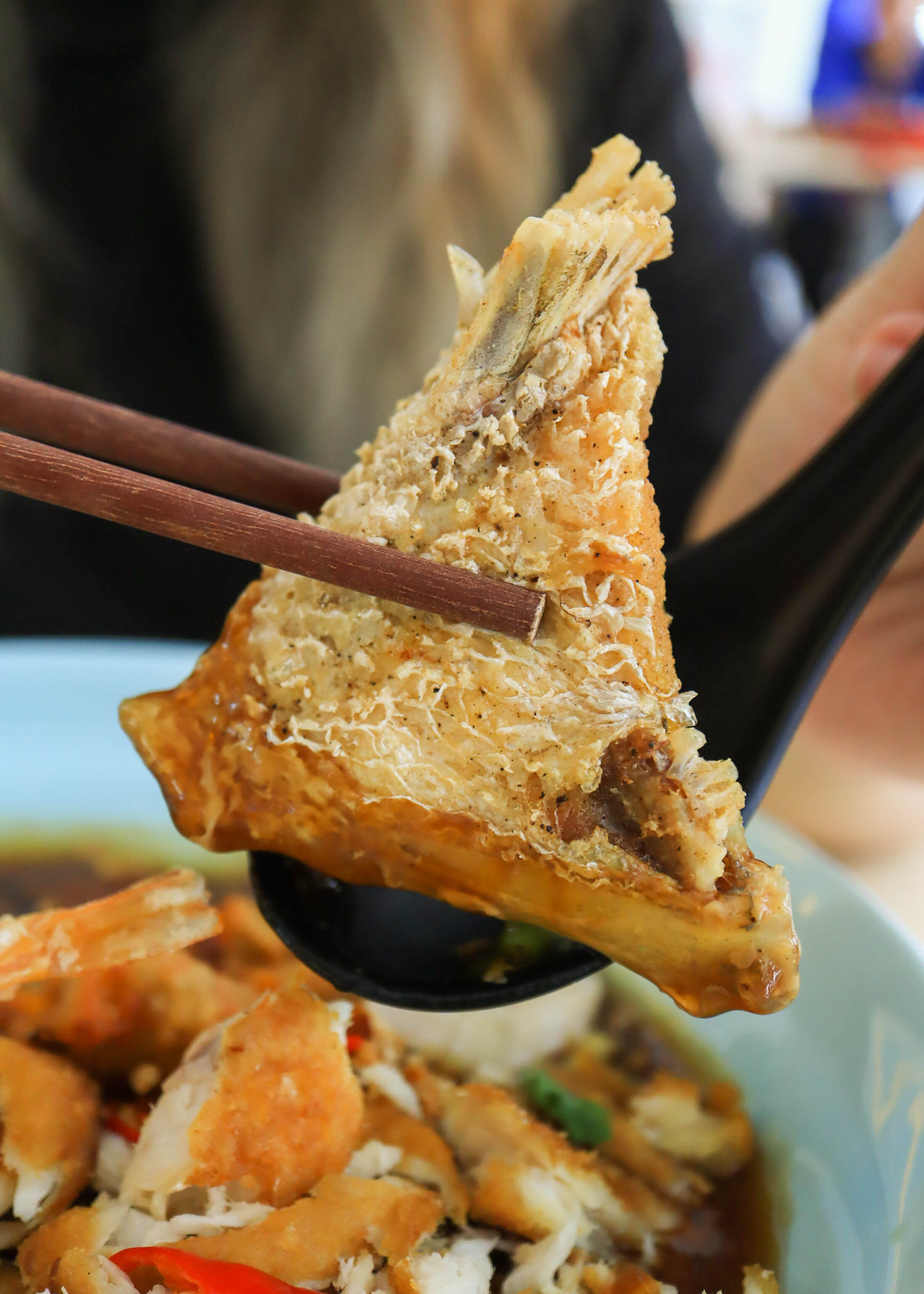 The ebi tempura, on the other hand, was just alright. I don’t think that they made it from scratch as it was not super fresh. The ebi tempura was nothing to shout about, other than the fact that it was an interesting addition to the local dish. 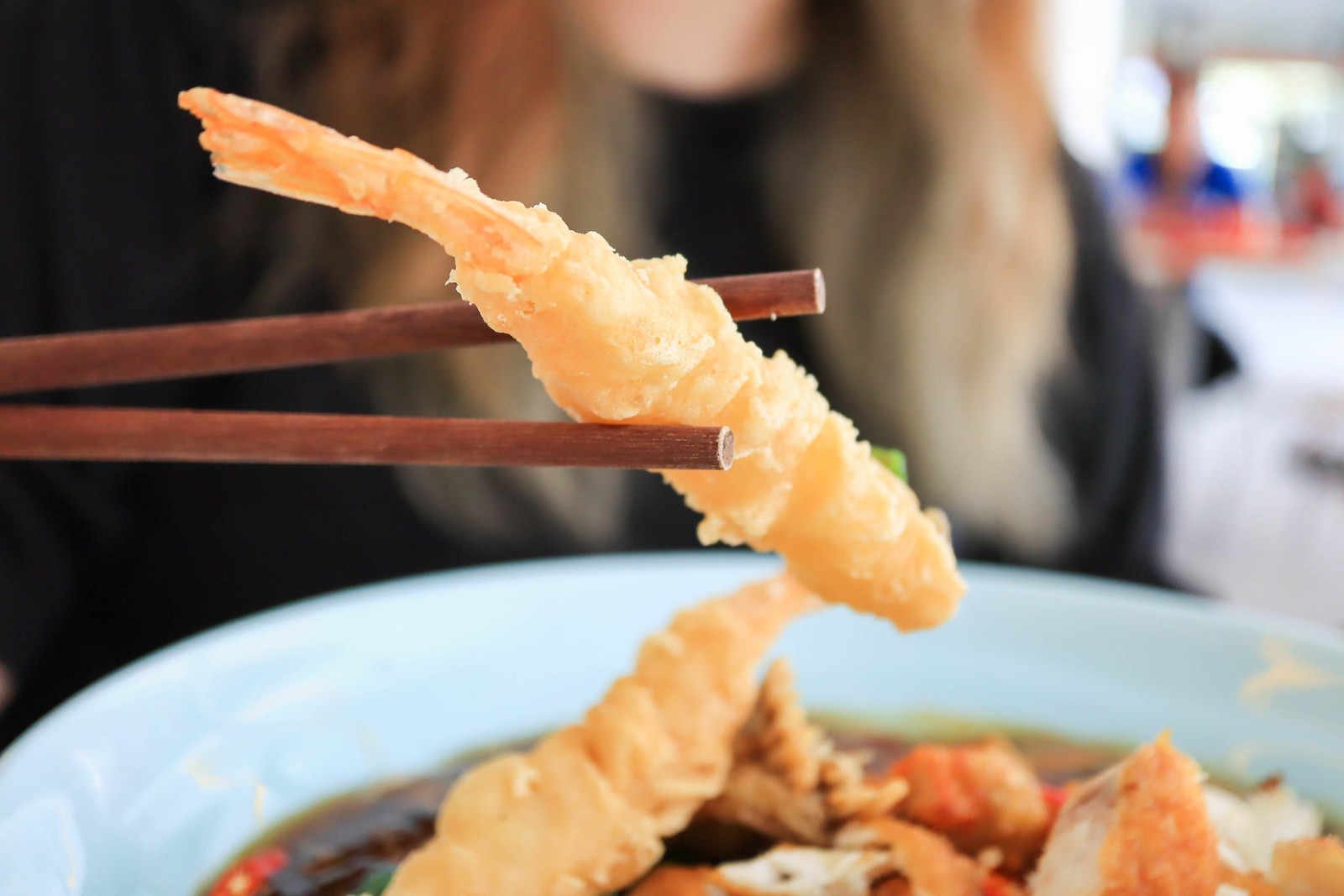 Overall, I think that Singapore Lor Mee is quite a good place to get your lor mee fix. If you’re looking for something different to go with your lor mee, you should definitely try the jumbo lor mee. It may not be the most pocket-friendly option but it’s quite filling.

If you are a fan of Zhen Hao Lor Mee at North Bridge Road, you know where to find the friendly owners now! Even though I’ve never tried it when they were at NBR, I think I can understand why they had snaking queues that stemmed from their stall in the past now.

Opening Hours: 8am to 8pm Daily. (Or when sold out)

Let’s build a food community that helps to update the food news in Singapore! Simply comment below if there’s any changes or additional info to Singapore Lor Mee. We will verify and update from our side. Thanks in advance!