You are here: Home » Blog » slow bakes – Relax With Handmade Bakes at This Perfect Space in Yishun 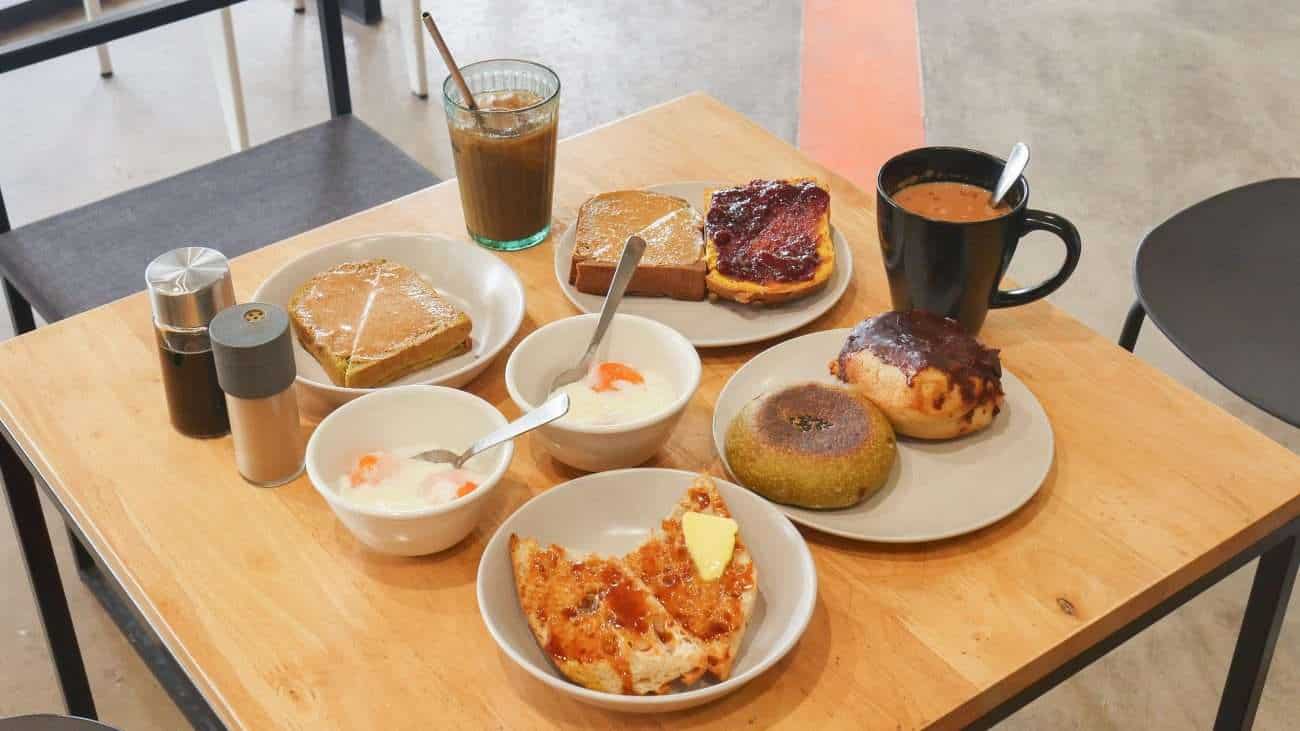 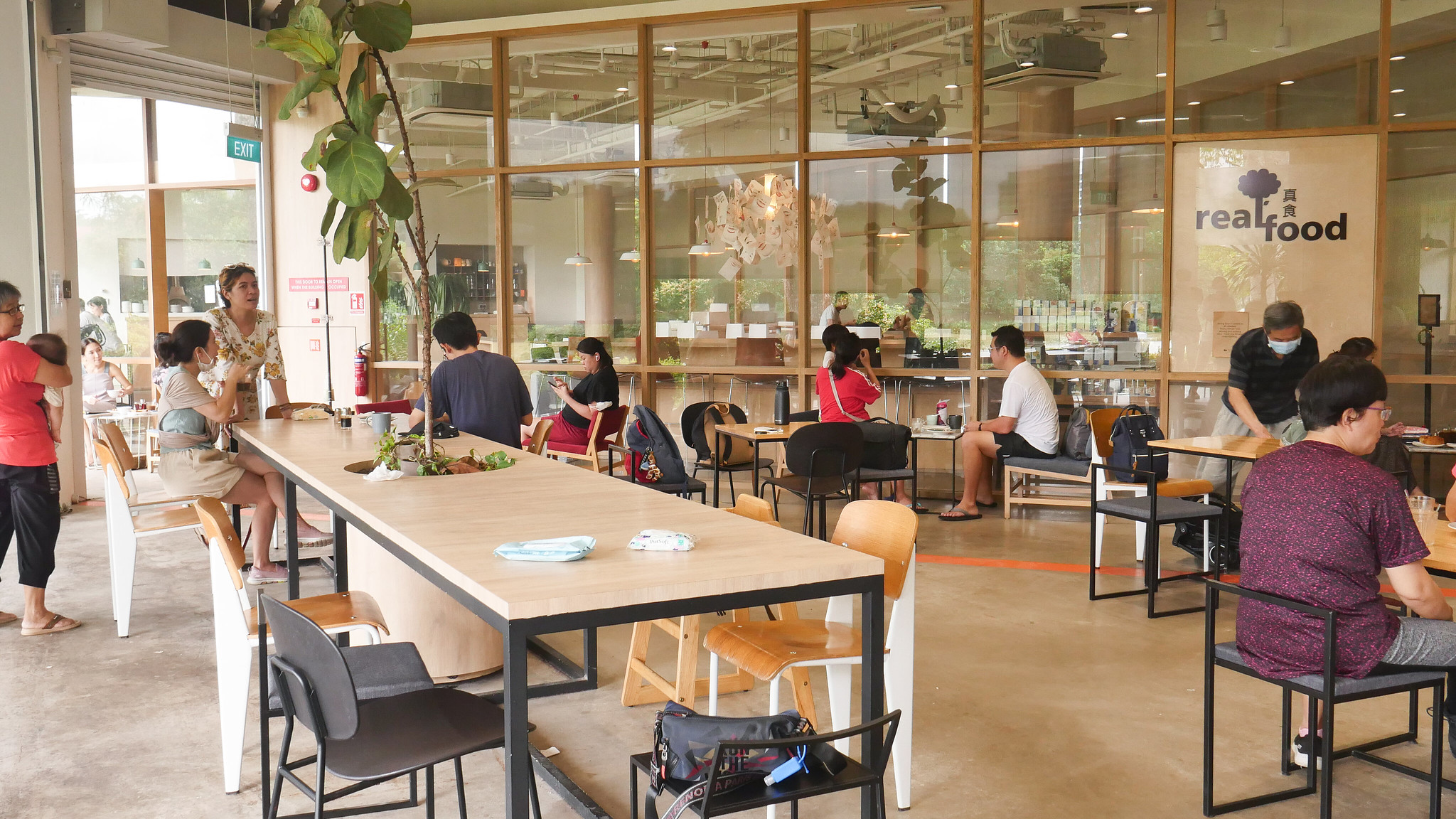 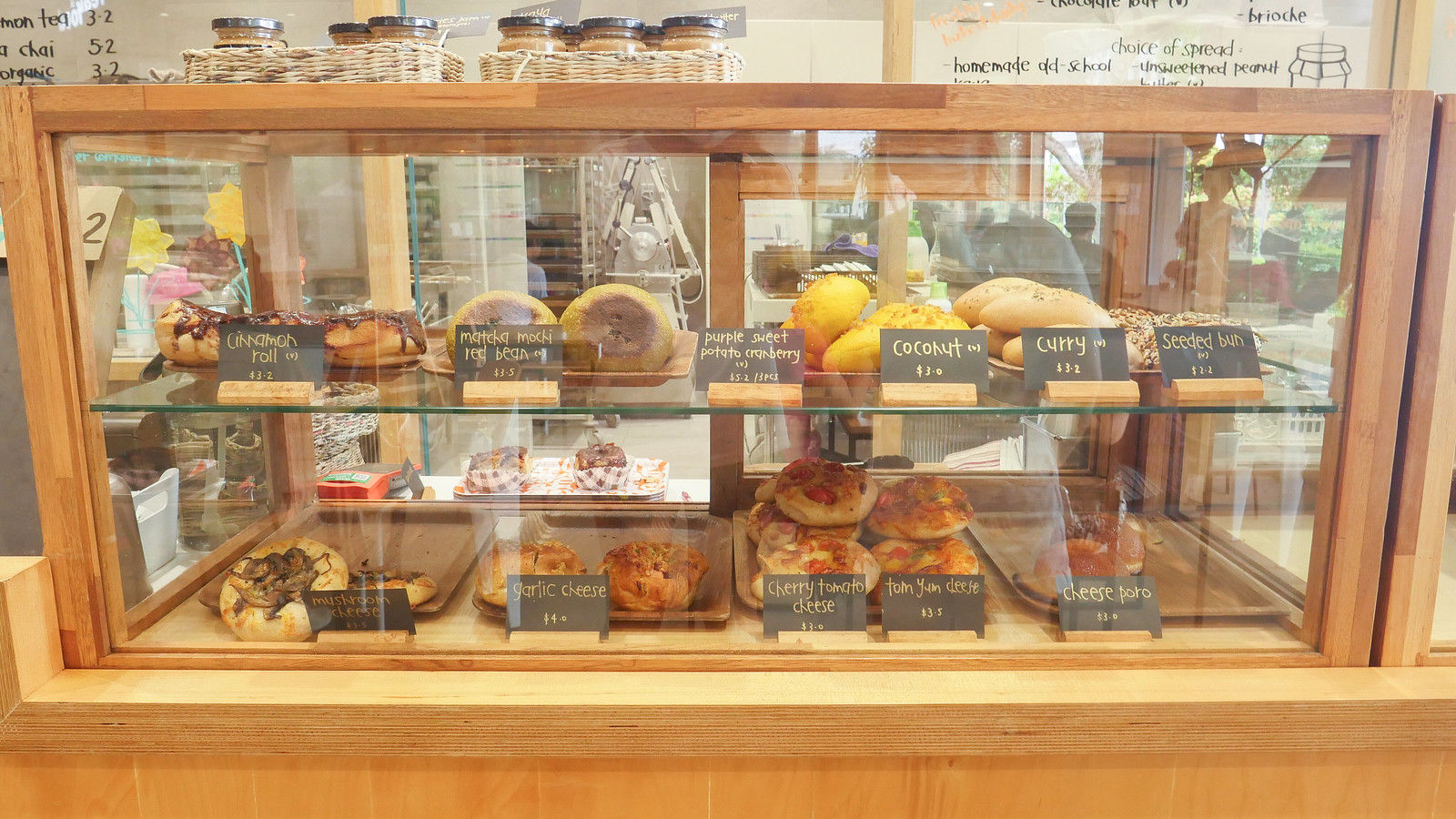 By the same folks behind REAL FOOD, slow bakes is a quaint little cafe in Yishun serving fresh handmade bakes. It’s an open-air concept, but fret not as it can be quite cooling when a nice breeze blows by.

Even on a Thursday morning, the cafe was pretty packed. There were queues and a decent amount of waiting time. Conveniently located near Yishun Pond, the cafe is popular with patrons who have gone for a morning exercise there.

Since they were known for their bakes, I decided to go for their Big Breakfast Set ($16, u.p. $20.20) which allows me to have a taste of most of the bakes. The set consists of 2 drinks, 4 eggs, and 4 toasts with spreads. 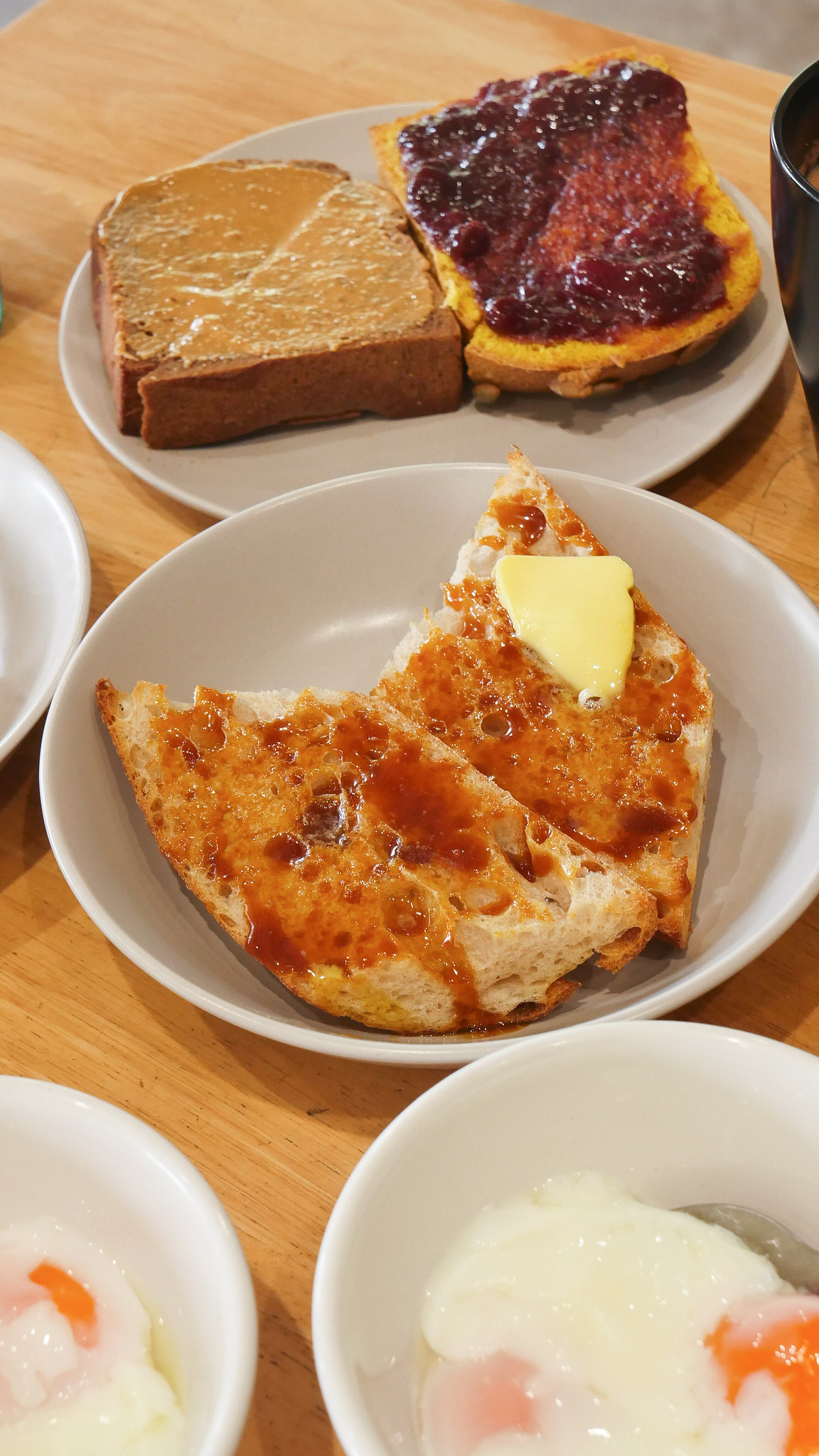 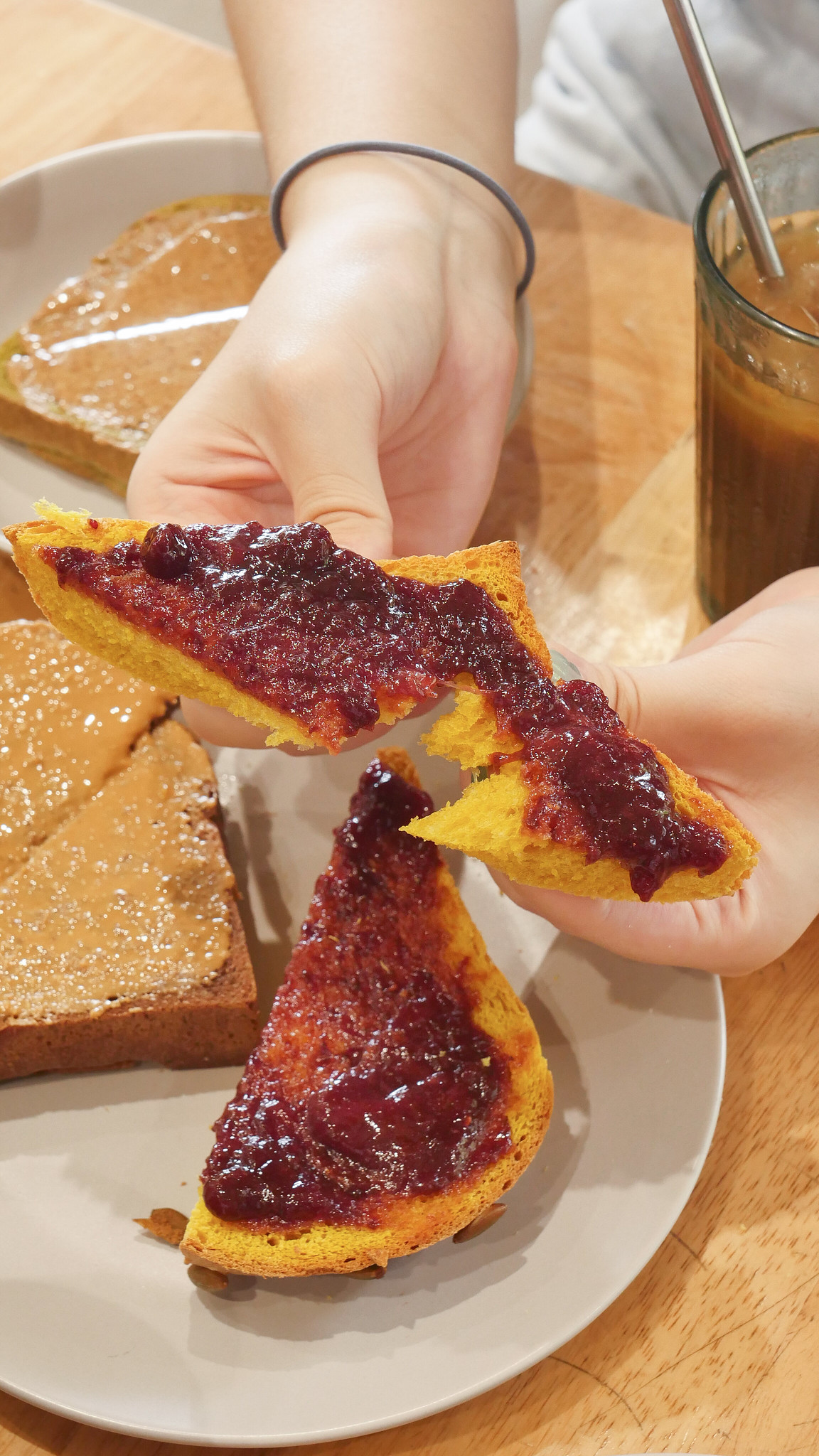 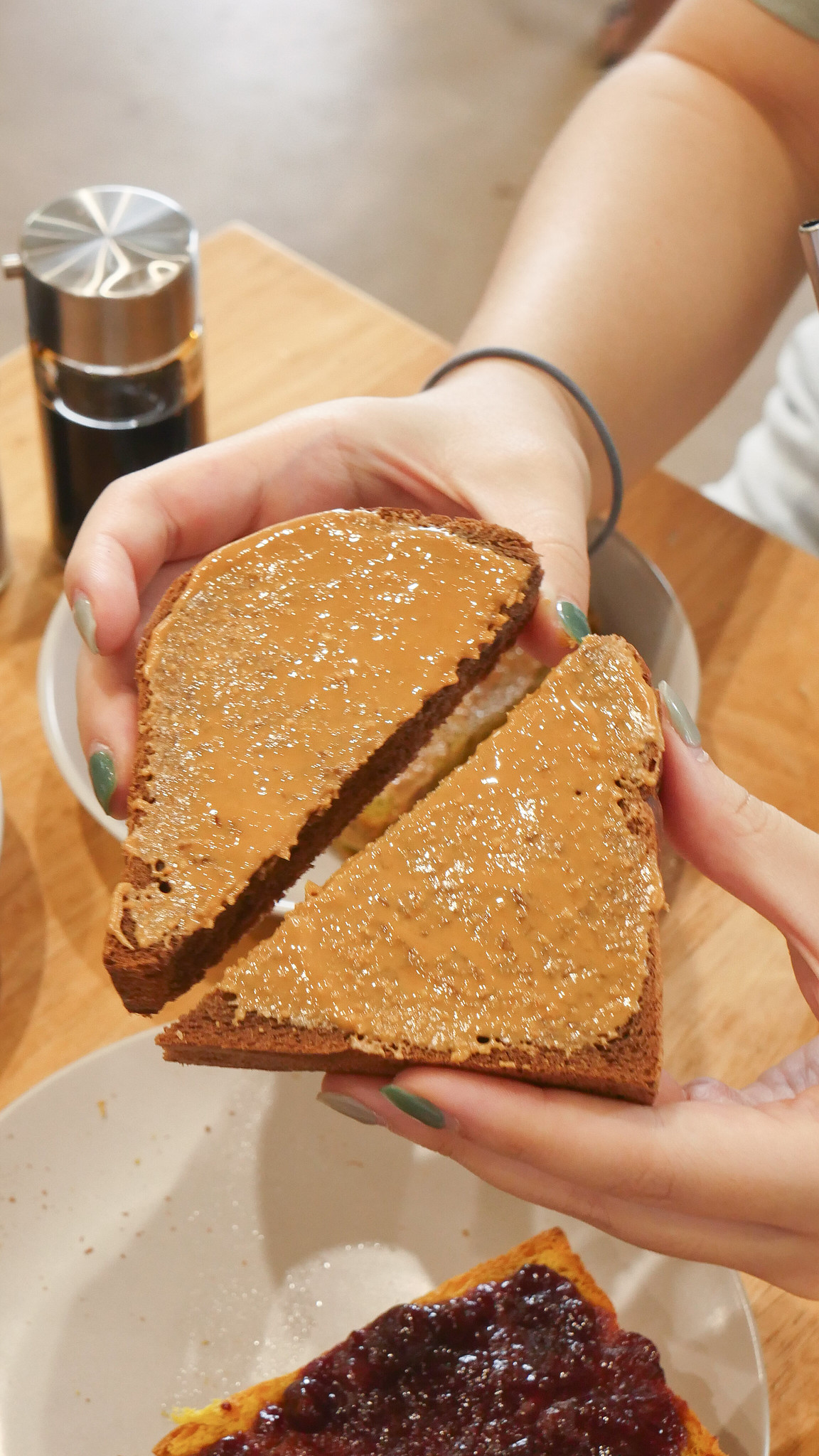 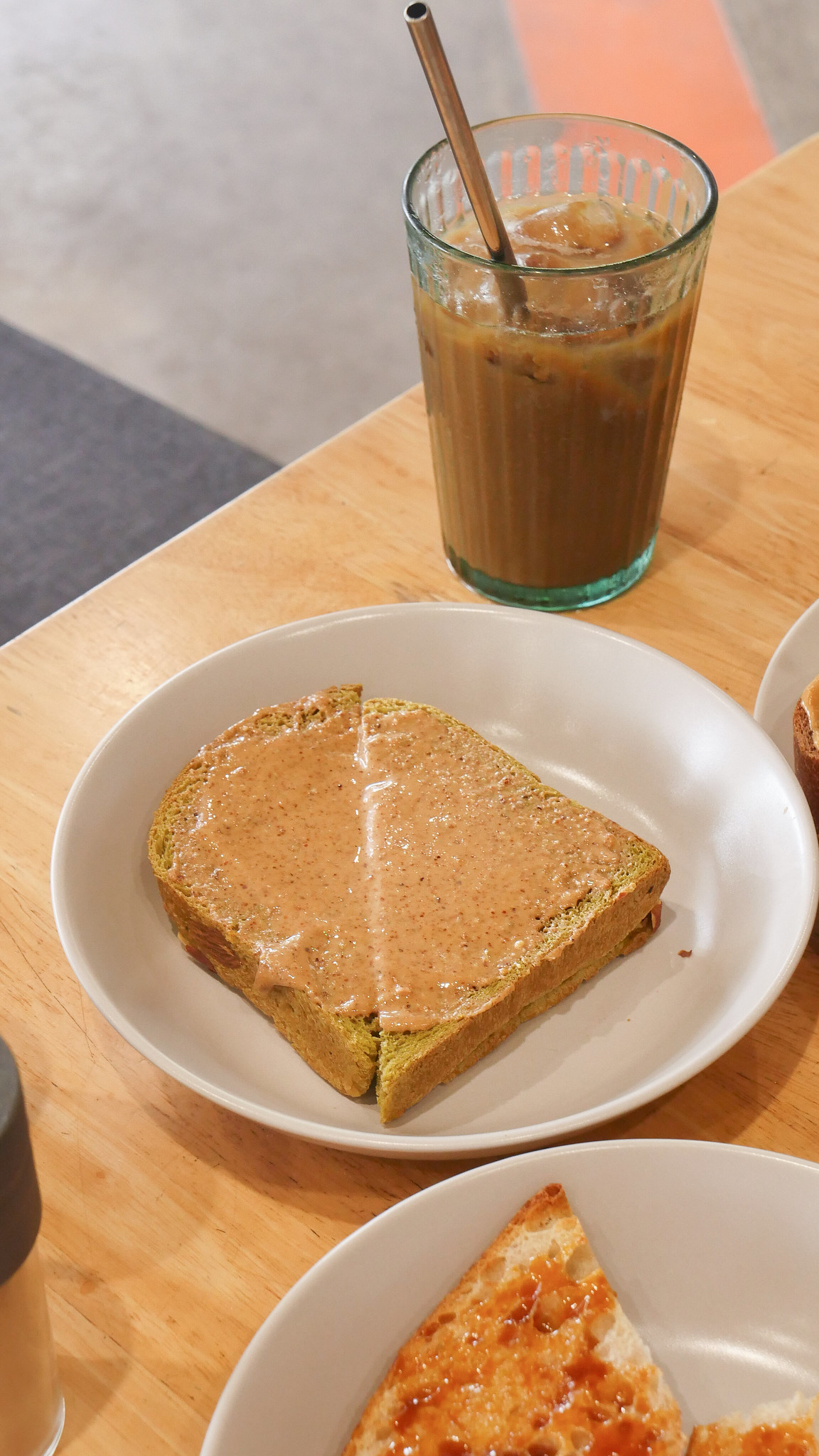 The cafe prides itself on its traditional handmade kaya, so I definitely wanted kaya to be one of the spreads. Slathered on their Sourdough Baguette, the kaya was very fragrant, but on the sweeter side. I just wished the slices of butter given could have been thicker. The baguette itself was quite tough to chew through.

The Avocado Chia spread was sold out during my visit, and so was some of their bread selection. I thus decided to settle on their Pumpkin Loaf with Berries Jam; Chocolate and Matcha Loaf with Unsweetened Peanut and Almon Butter. Sadly, there was nothing much to shout about. The flavours of the bread were very mild, if not absent, and the bread was rather dry. 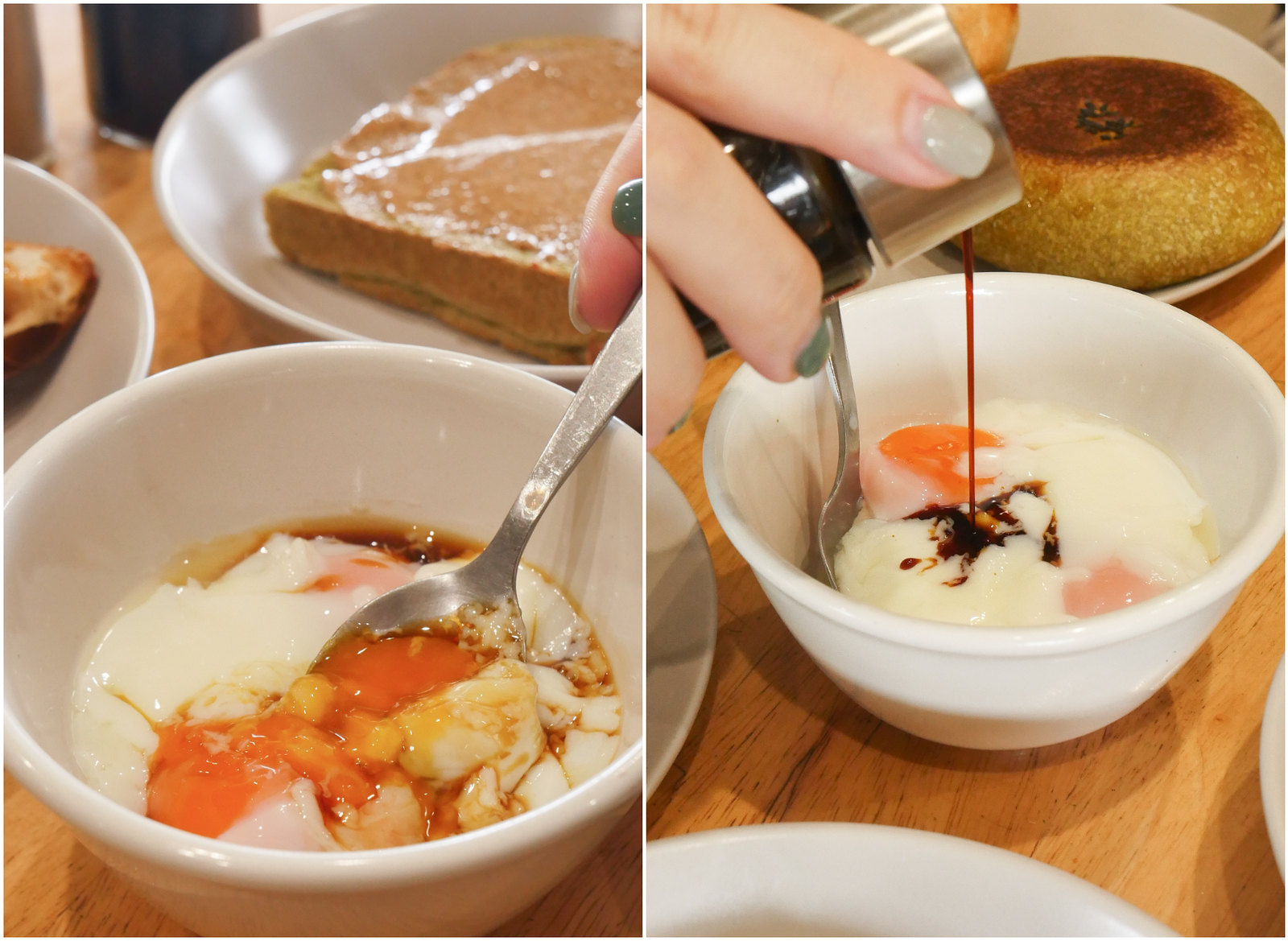 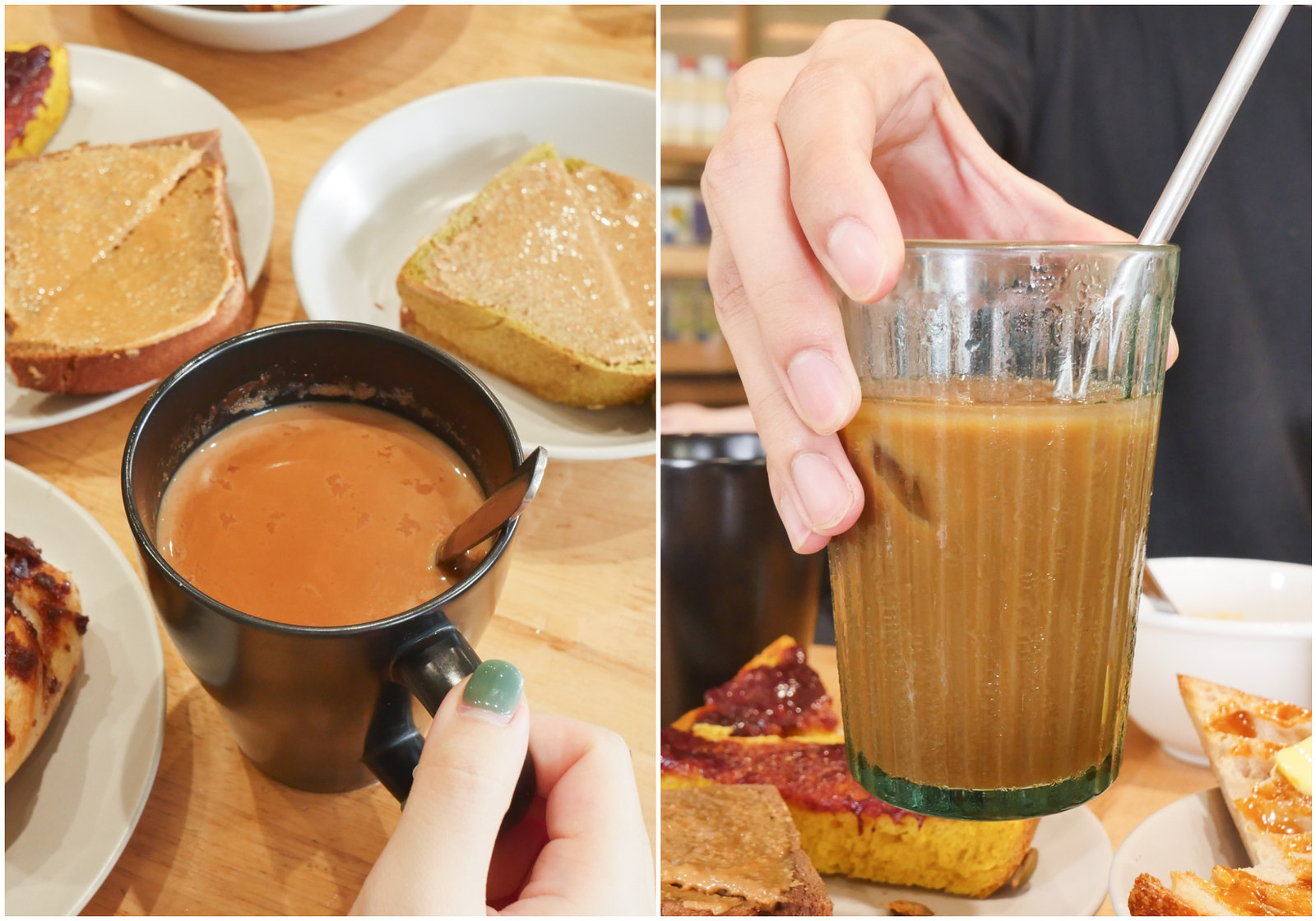 The eggs were slightly overcooked, without a runny egg yolk. The drinks were executed quite well. Do not expect the Masala Chai here to be like those served in other cafes, though. A mix between Nanyang Teh and Chai spices, this was a pleasant surprise. Their Iced Kopi was also not too diluted. 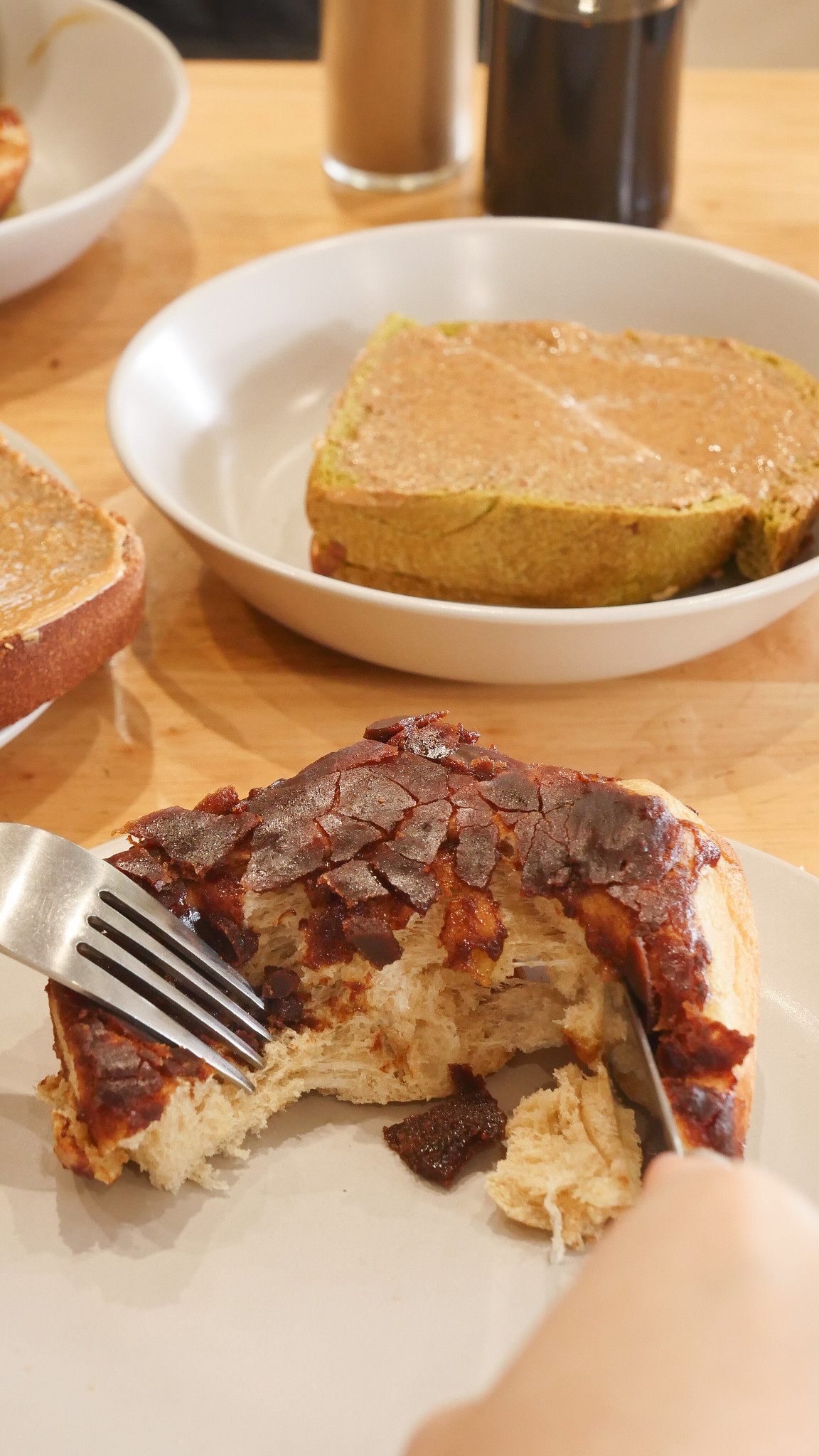 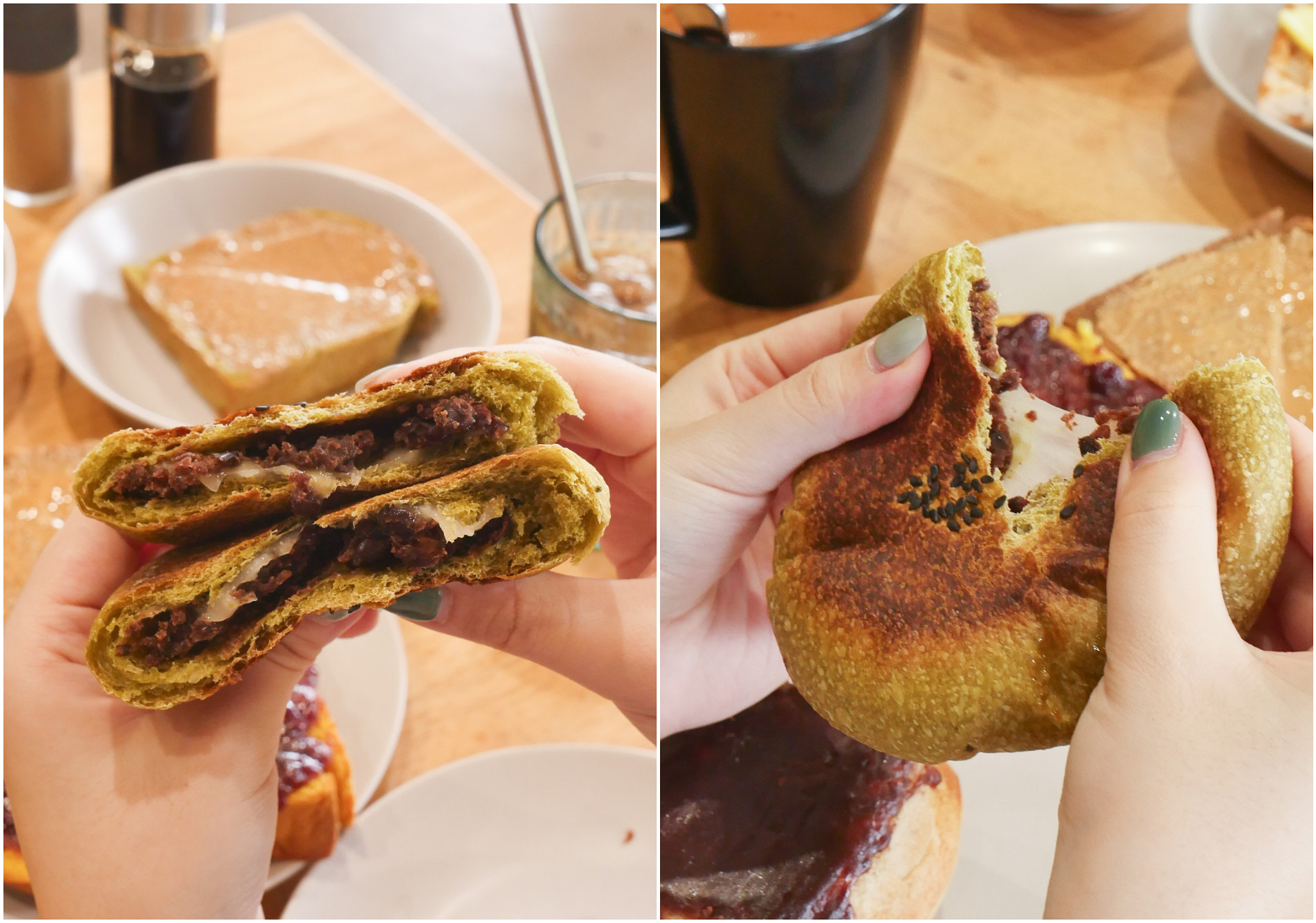 Intrigued by the other small bakes on the counter, I picked up a Cinnamon Roll ($3.20). As a cinnamon roll fan, I was quite disappointed by theirs. The bread itself was rather dry, but the sugary cinnamon drizzle on top was not too overpoweringly sweet. Perhaps it would have been better if it was served warm.

The Matcha Mochi ($3.50) made up for it slightly. Although it was still quite dry, the red bean and mochi filling was quite generous.

Service here is not the friendliest, but I can see why they do have a steady stream of customers. The cozy and tranquil space makes it a great place to catchup, get some work done, or to simply just chill. 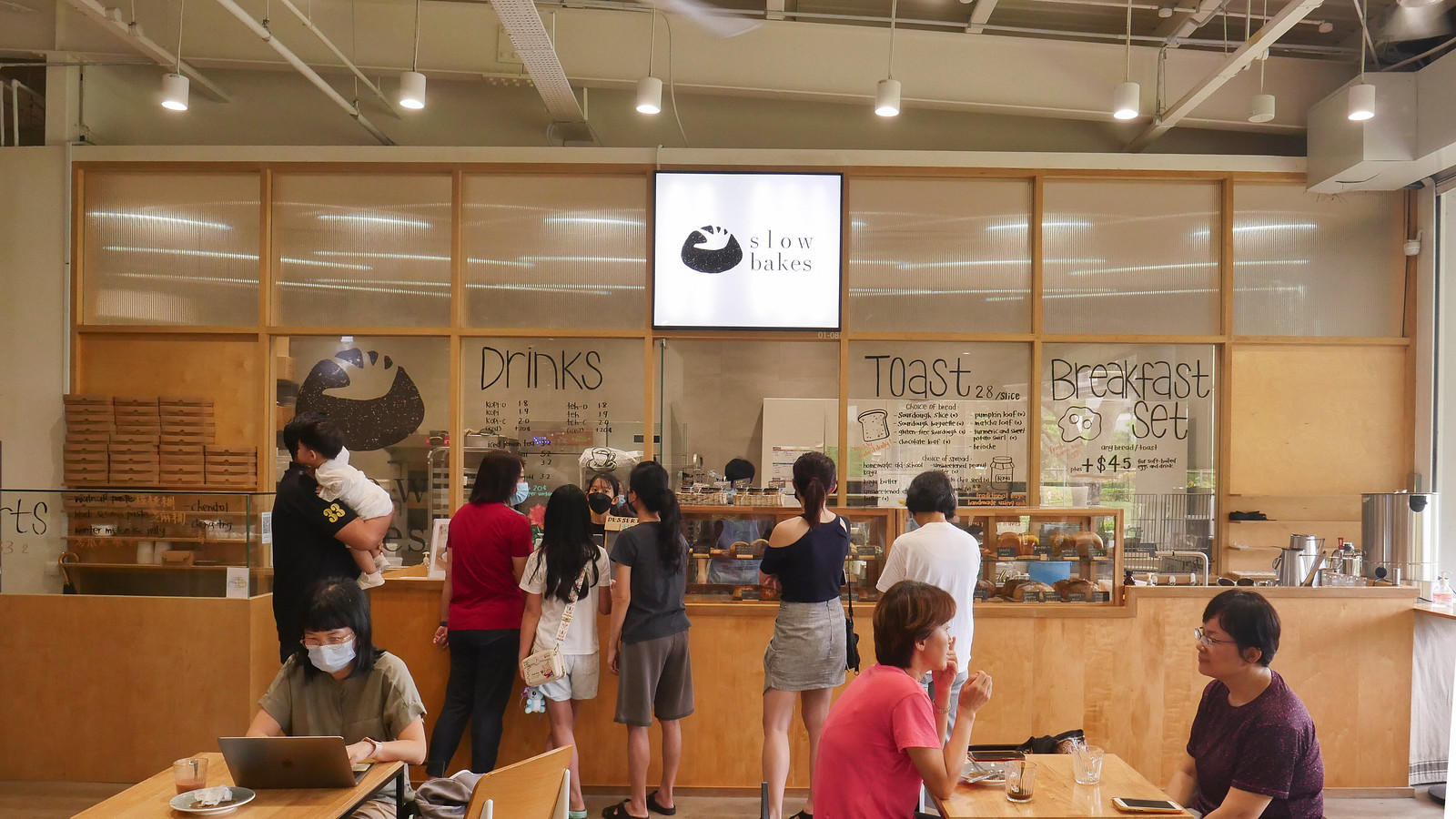 Opening Hours: 7am to 2pm daily.

With a family that has a passion for food, food has always been a part of Ashley's life. If she's not busy testing out recipes in the kitchen, she can be found on a food adventure around the city.