You are here: Home » Blog » Stingray Forever BBQ Seafood – This BBQ Stingray Will Make Your Day! 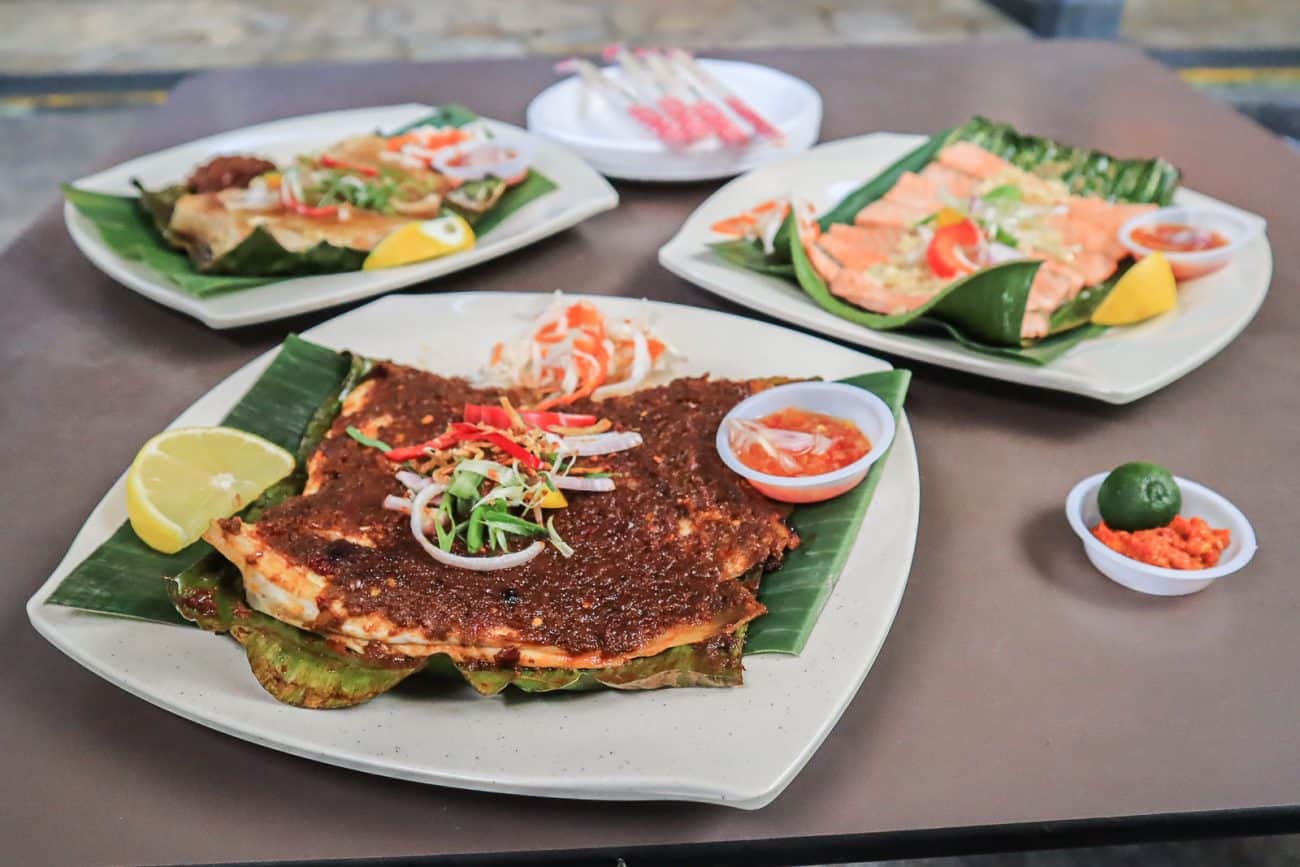 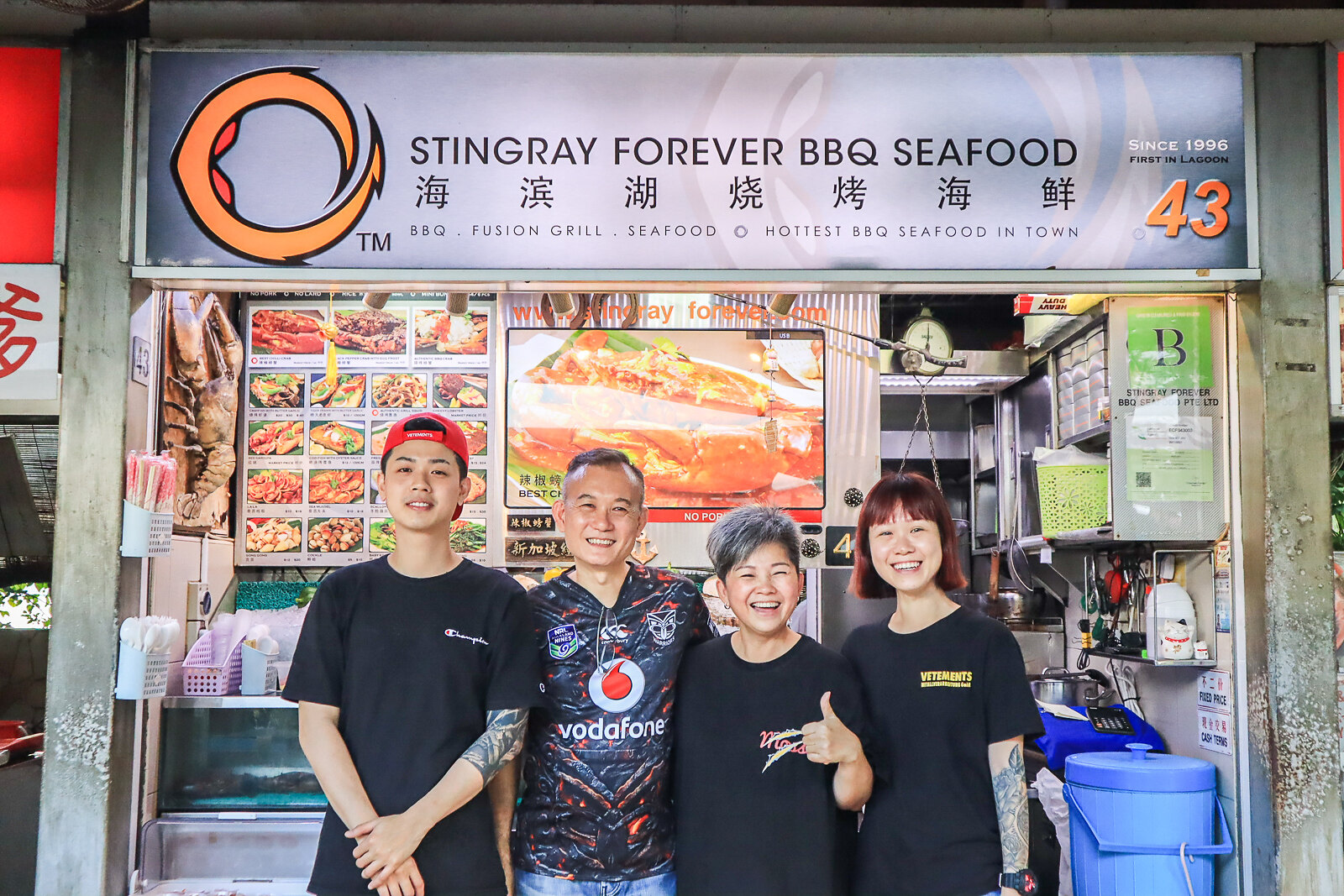 Back in 1997, East Coast Lagoon Food Village did not house any barbecue seafood stalls. Which is why, Mr Paul Lee (second from the left), decided to set up shop here selling exactly that. He started by serving just purely barbecued stingray for the first few months, which prompted his customers to suggest a name change from East Coast Lagoon BBQ Seafood, to Stingray Forever BBQ Seafood.

His well loved barbecued stingrays come in two versions, sambal, and butter garlic. We ordered both ($12 each) to try. 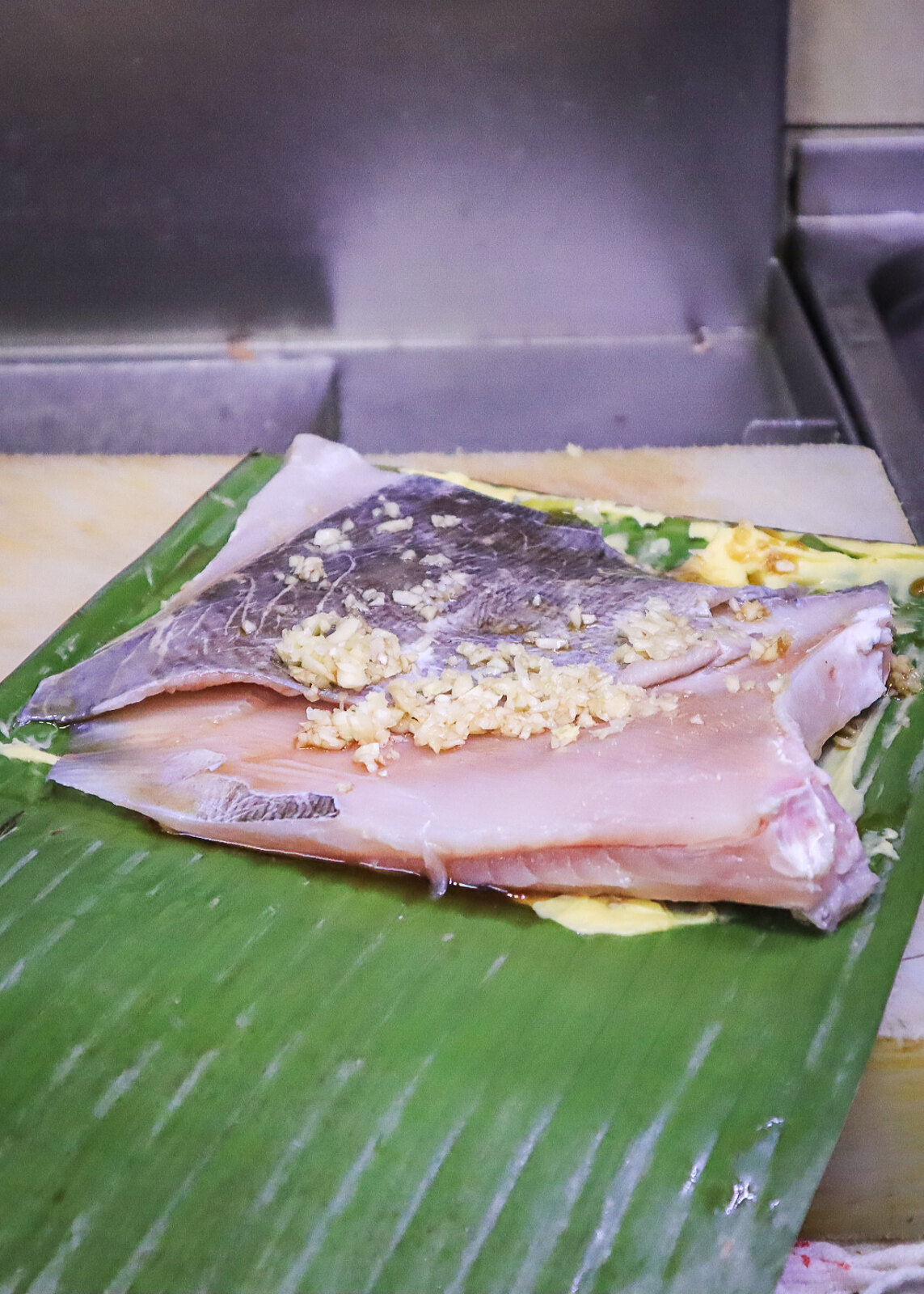 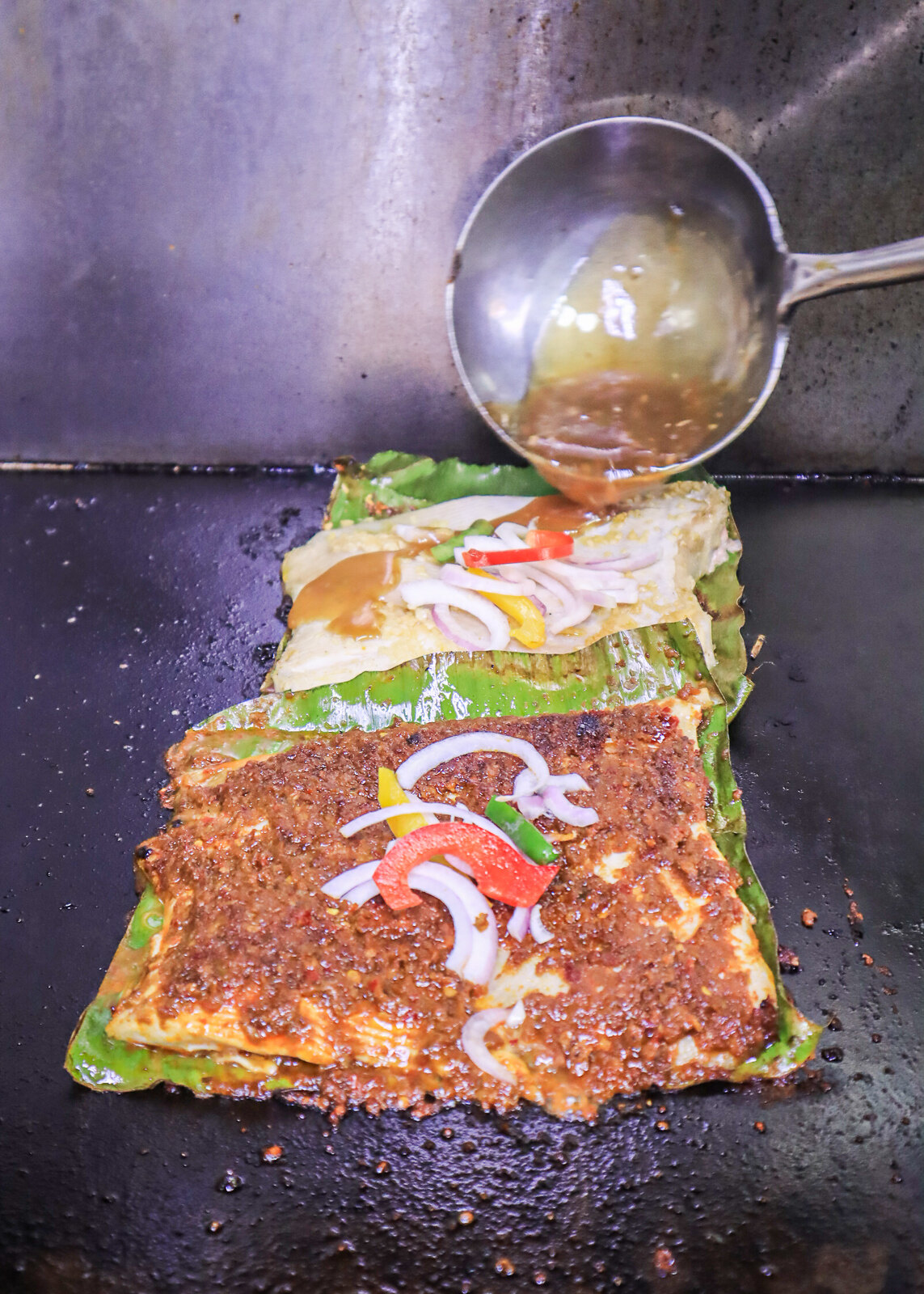 He prepares the stingray fillets by placing the sambal or butter garlic on the banana leaf first, before placing the fillet on top, and then slathering them with more of the sauces. The banana leaf locks in the moisture of the stingray as it cooks, and at the same time gives the fish an extra fragrance. After a few minutes on the grill, he garnishes them and they’re ready to eat!

You May Also Like
The 6ixs Rosti - Restaurant Quality Rosti in a Coffee Shop! 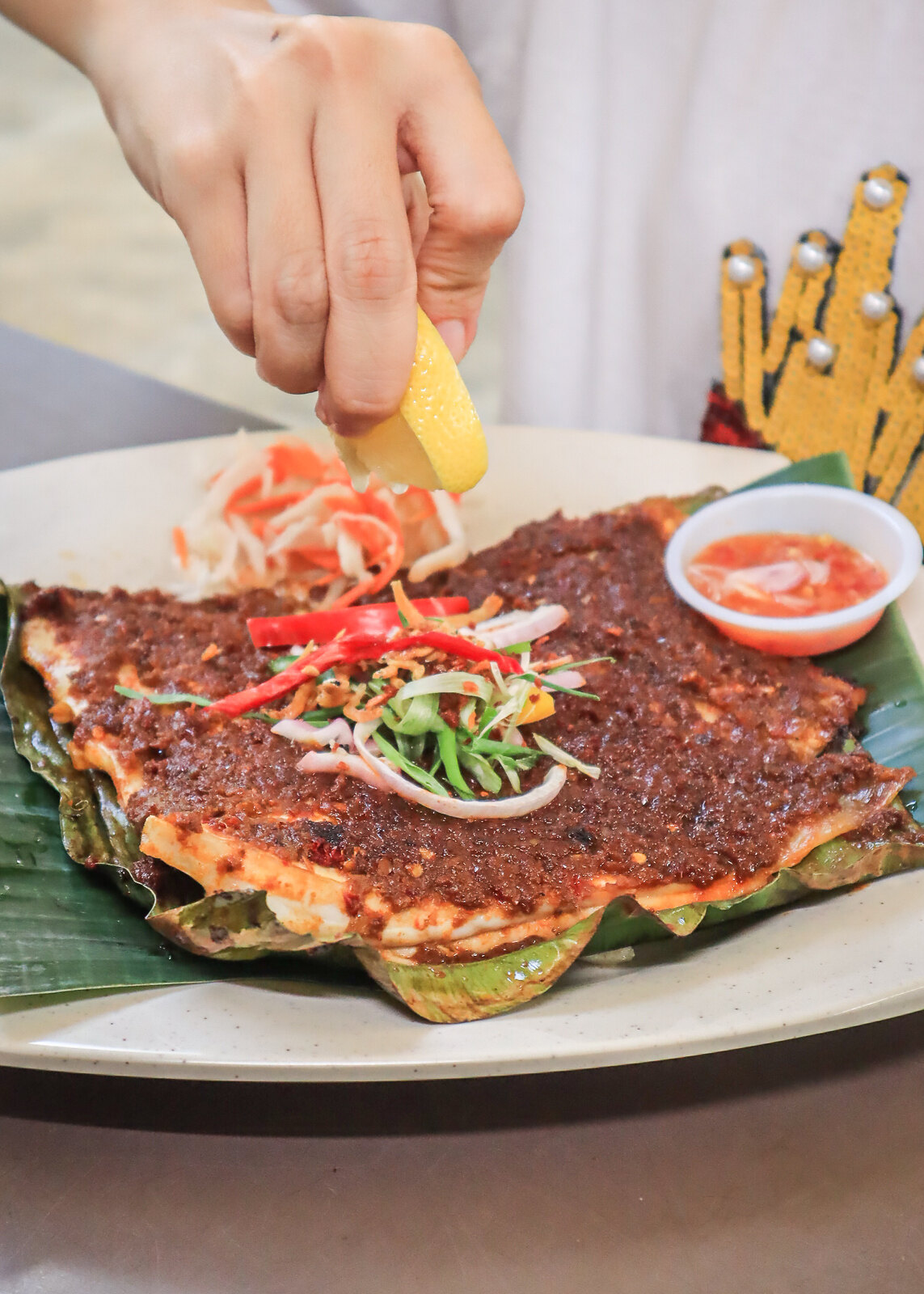 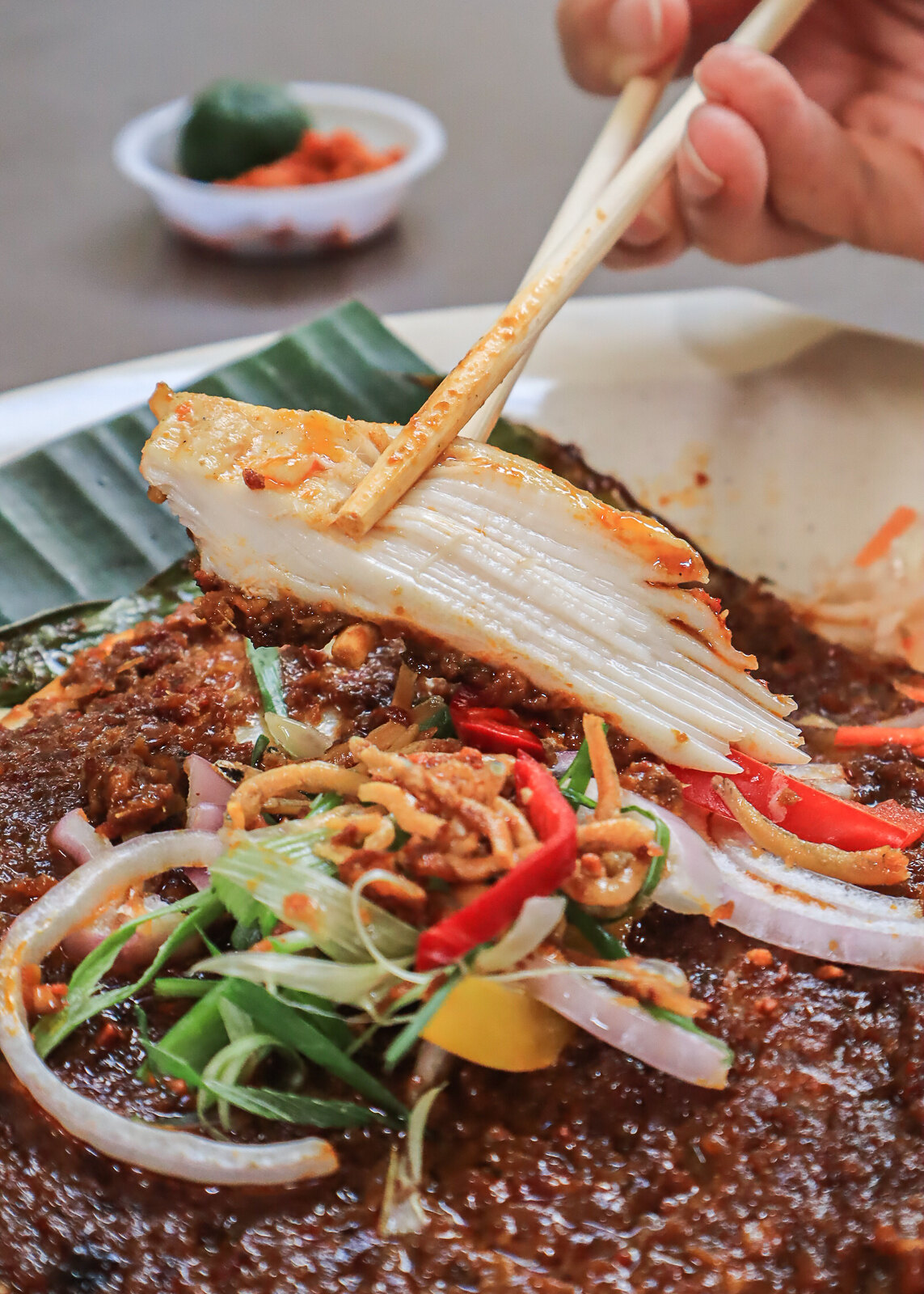 The best way to eat barbecued stingray is to squeeze a bit of lemon on the top before you dig in. This lends an acidic touch that simply whets your appetite.

The stingray was barbecued perfectly — the meat was still juicy and I was able to lift the meat off the bones easily without much effort. I mean, come on, just look at that tender flesh. The sweet sambal had a nice heat and a slight nuttiness. The fish itself had a delicate sweetness, which was complemented well by the sambal. 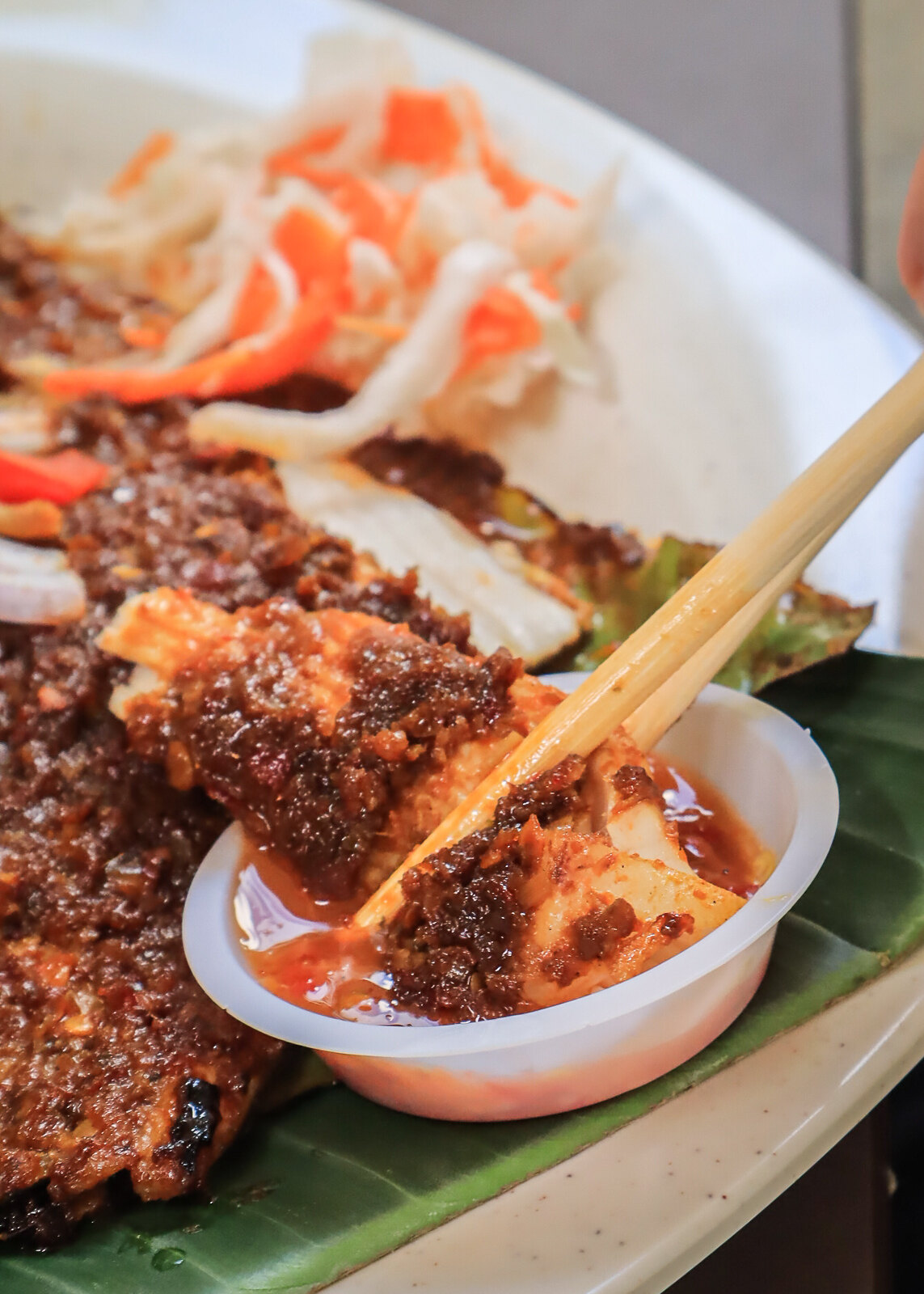 For even more tanginess, dip the fish into the cincalok. The spicy and sour sauce really is the perfect match for sambal stingray. The subtle funk from the cincalok didn’t bother me as much as I thought it would. 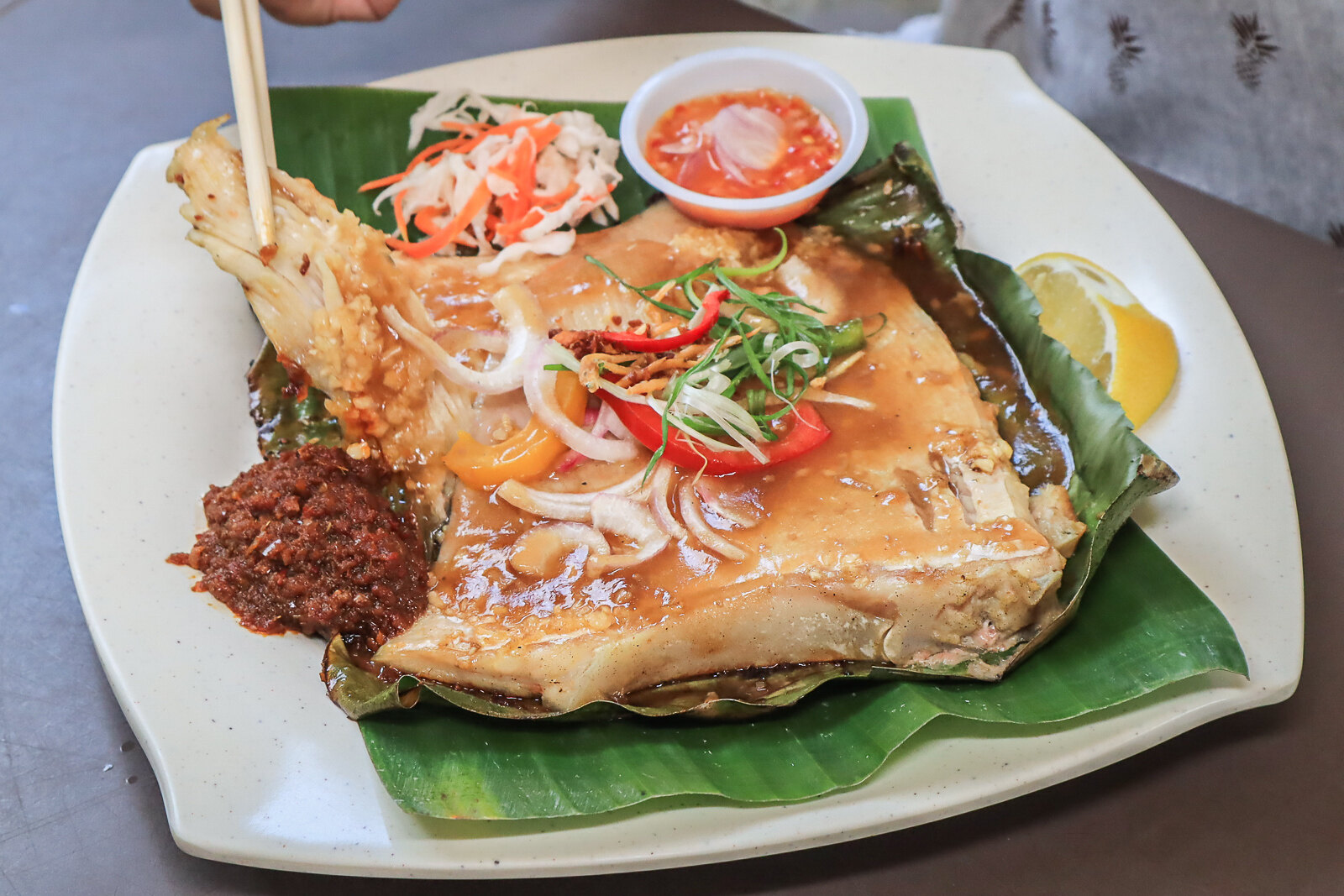 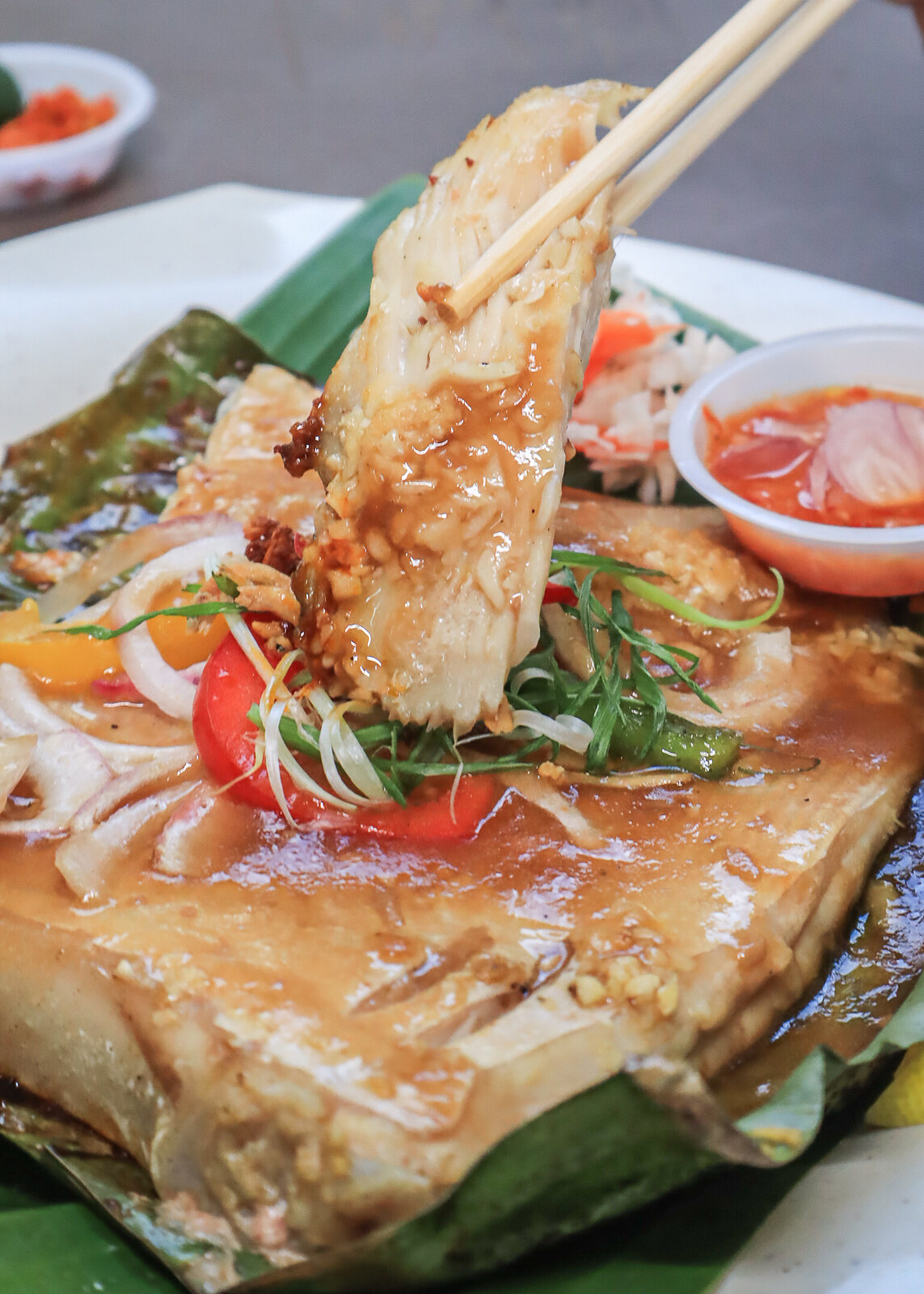 Now, the moment I’ve been waiting for since I heard the butter garlic stingray existed. It’s made more for the kids and tourists who can’t take spicy dishes well. So, essentially, it’s made for me too. I will forewarn you — you can probably kill Dracula with just your breath alone after eating this. It will stink for awhile from the pungent garlic. They really loaded the fish with garlic. That being said, to all you garlic lovers out there, this one is for you. The mix of savoury oyster sauce and the garlic butter is another combination that really brought out the natural flavours of the stingray. 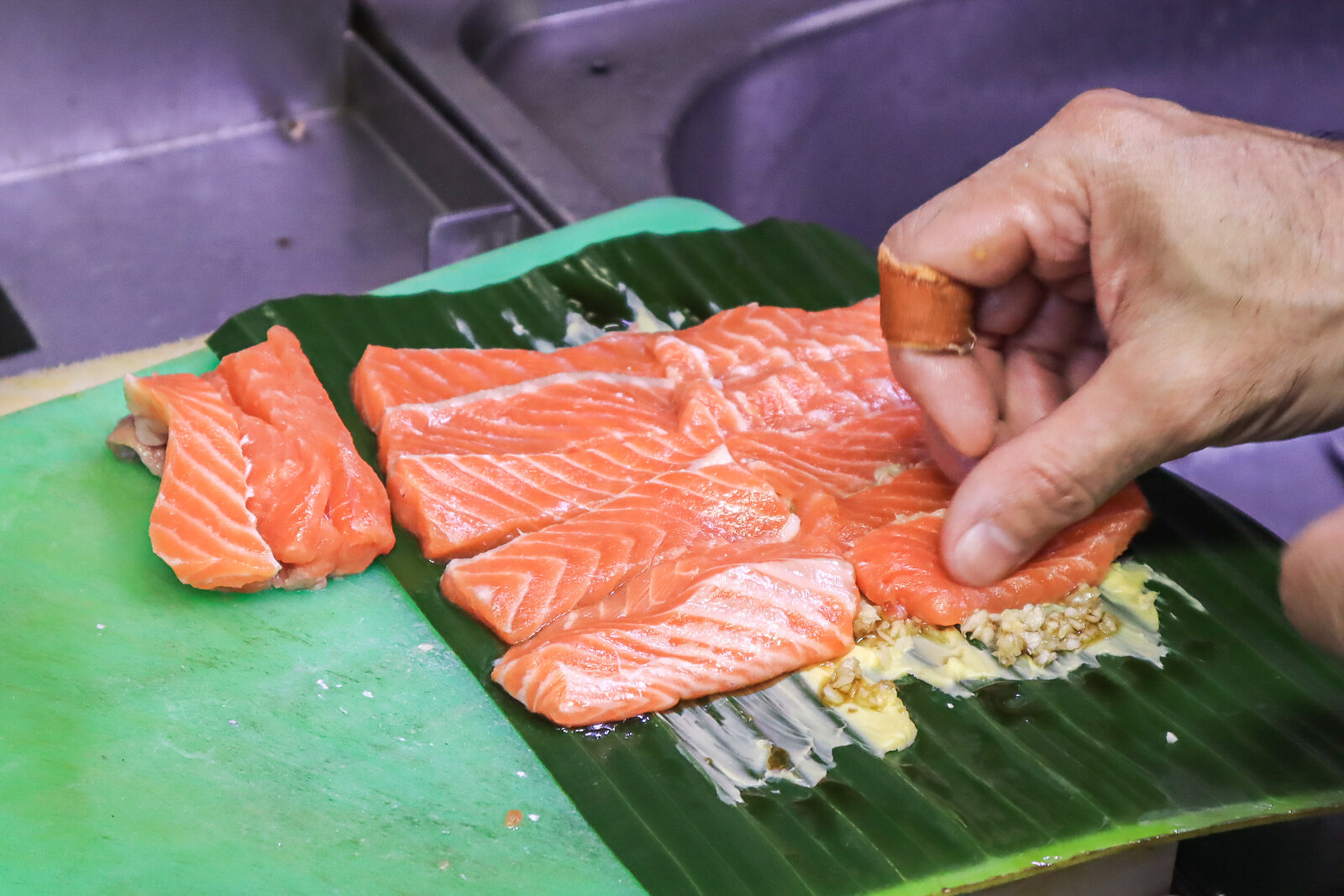 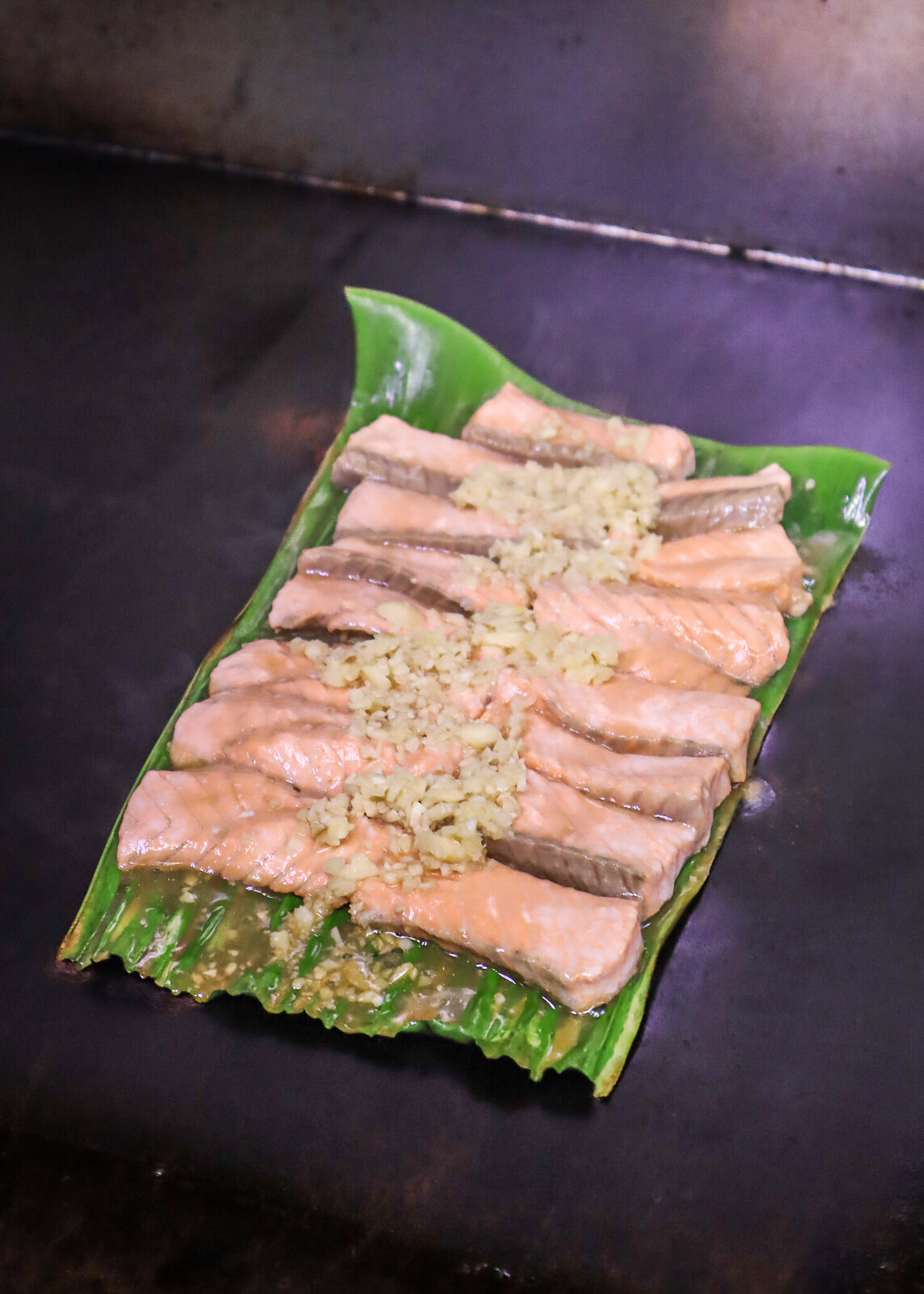 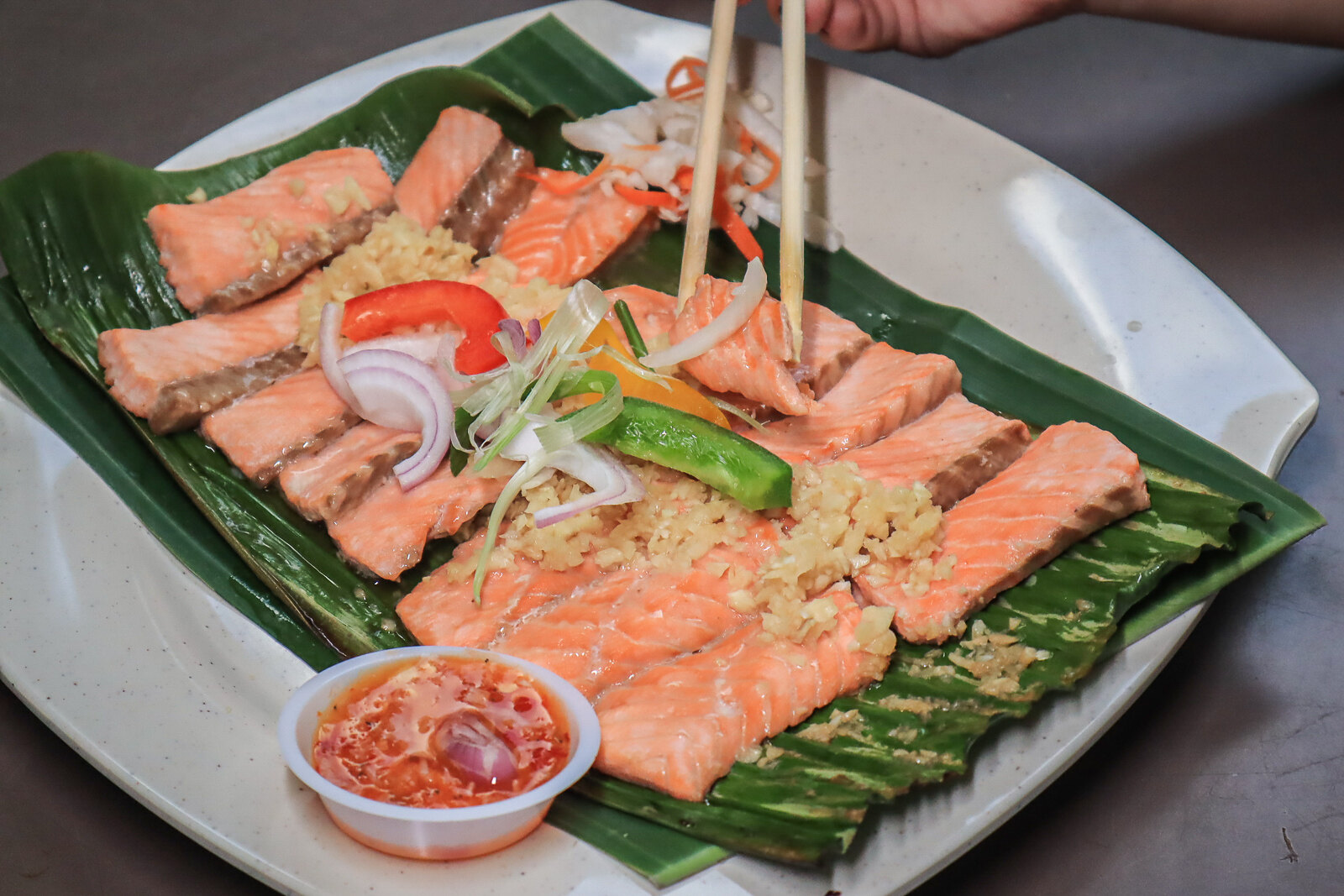 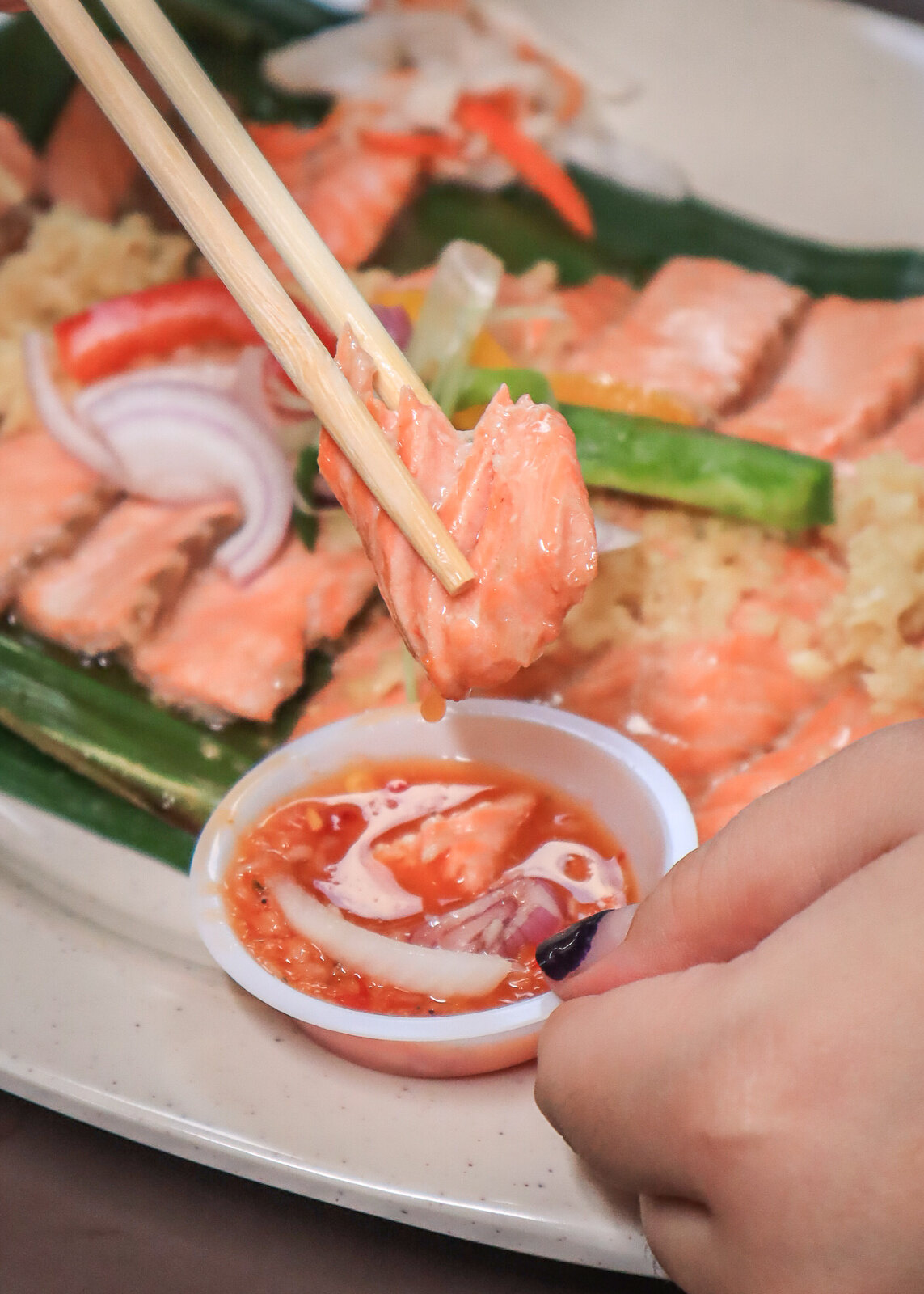 Another alternative to the butter garlic stingray is the fresh salmon with garlic ($12). It’s prepared the same way as the stingray, banana leaf and all.

The result was a tender, juicy and flavourful fish. You should definitely try this with the cincalok. The marriage of the flavourful cincalok and the soft, garlicky, flaky salmon is something not to be missed. I might actually like this more than the stingray, but it’s more so because I prefer salmon in general.

So, If you’re ever on a day out at East Coast Park, be sure to try the barbecued seafood here!

Let’s build a food community that helps to update the food news in Singapore! Simply comment below if there’s any changes or additional info to Stingray Forever BBQ Seafood. We will verify and update from our side. Thanks in advance!