You are here: Home » Blog » Tokyo – One Of The Best BBQ Stingray That Isn’t Really Japanese 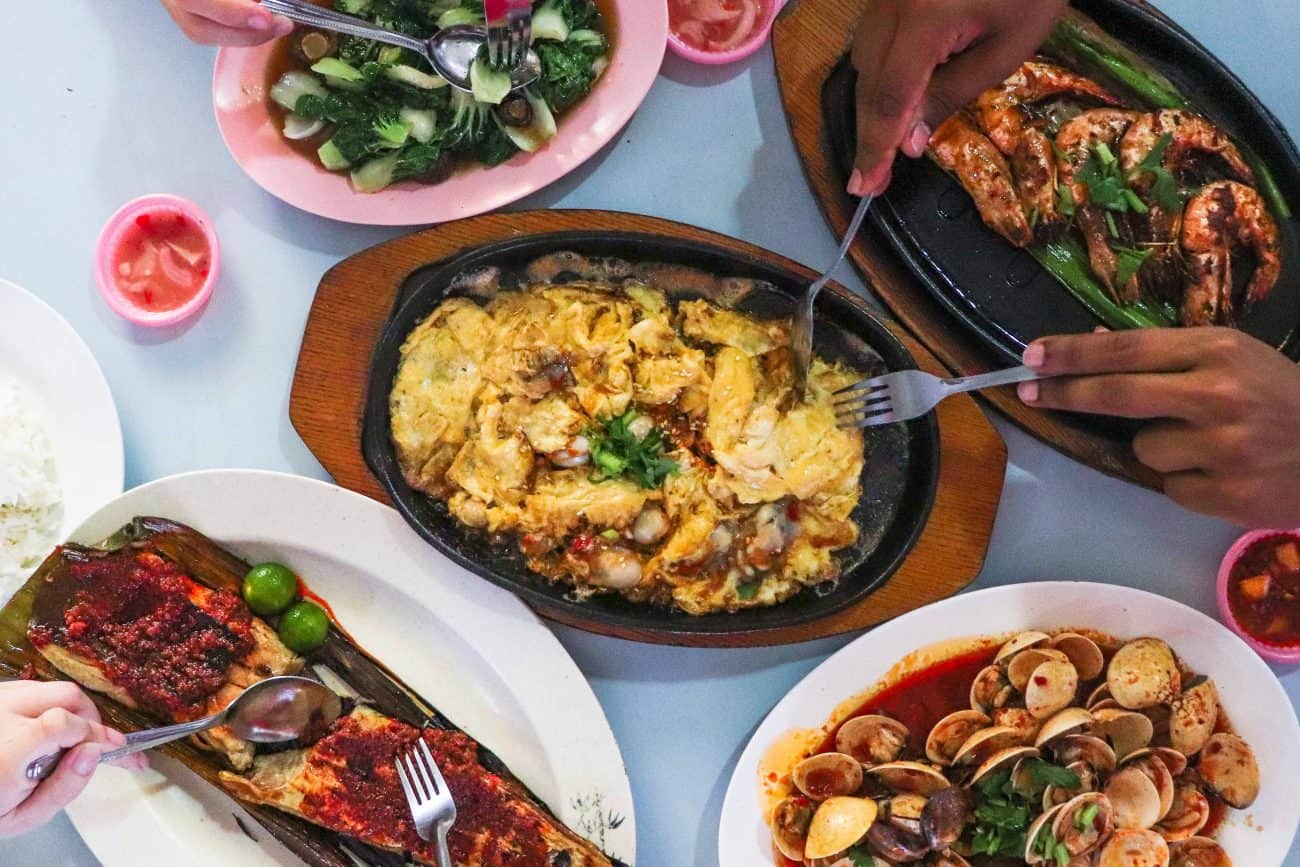 The West of Singapore isn’t a place I’ll expect to find excellent hawker fare. My recent trip down to Tokyo Seafood BBQ at West Coast Drive proved me wrong. What initially began as a mere recommendation from a dear friend morphed into sheer interest after I chanced upon multiple good reviews. Their BBQ stingray is rumoured to be one of the best. Mimi, the humble lady boss who started Tokyo, charmed us with her good-humor, elderly laughter and words. “Honestly, it’s been decades. I can’t remember why I named the store Tokyo in the first place,” said Mimi. 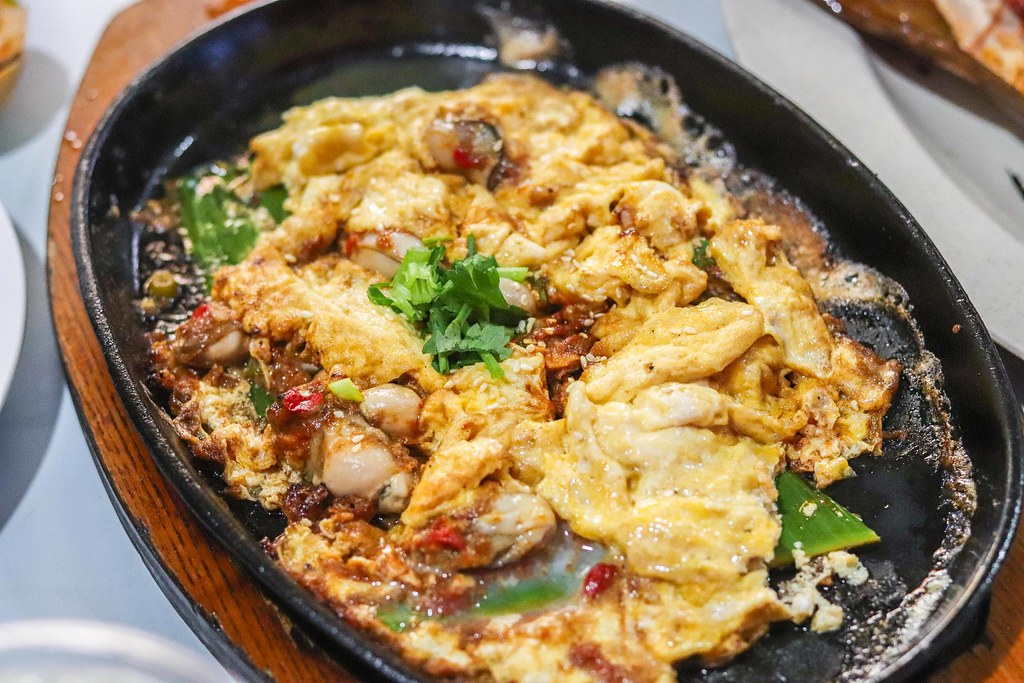 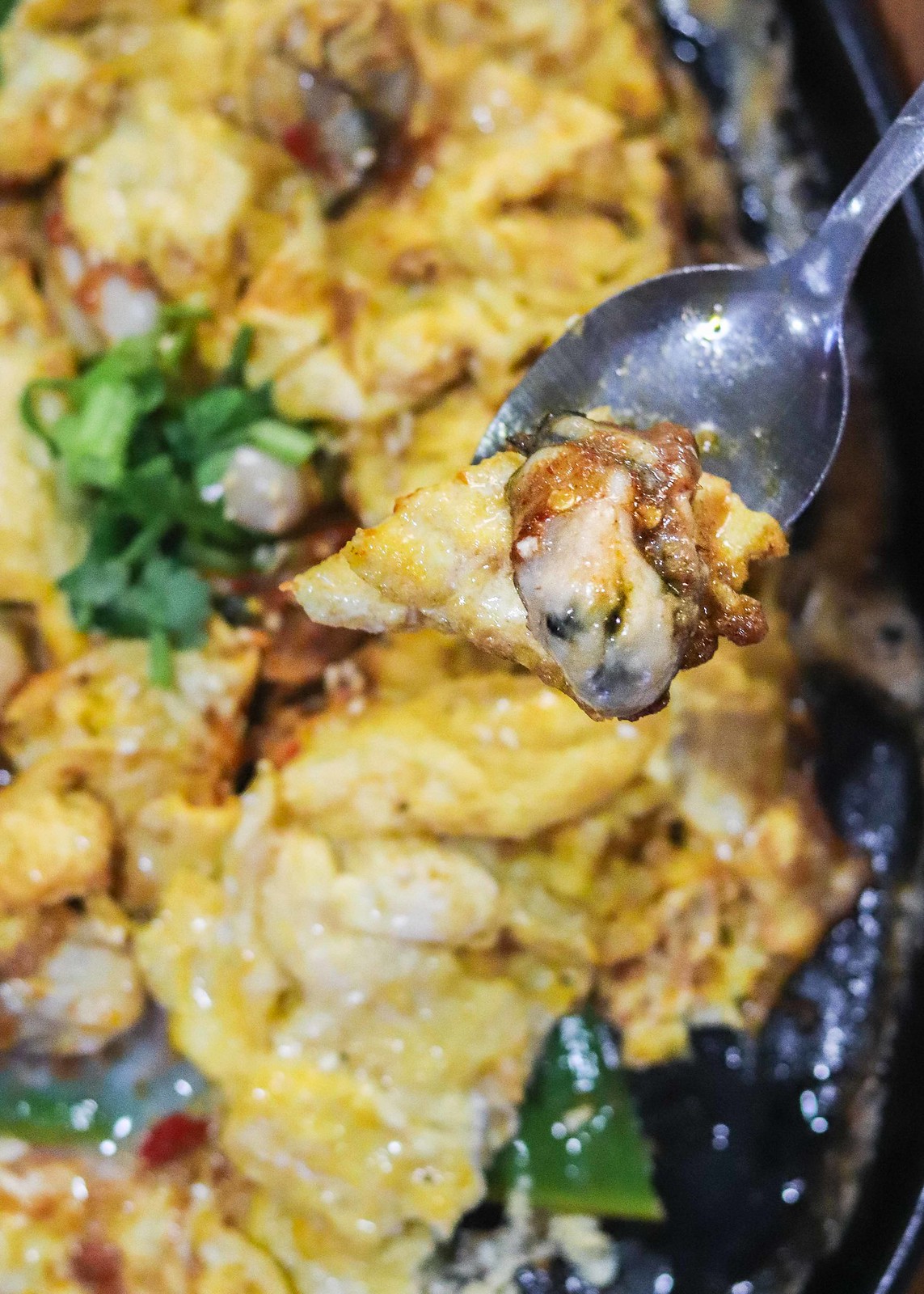 With over 30 years of history, Tokyo did not disappoint. The Oyster Omelette (Small $8, Medium $10, Large $12) boasts a fluffy, albeit thicker consistency. Coupled with the omelette’s excellent texture is a sweetness from the oysters. The spicy and smoky sensation from the chilli paste coat gives the omelette an added dimension which I really enjoyed. The fresh-tasting oysters are imported from Korea. However, the texture of the oysters was inconsistent – with some soft while others chewy. Nevertheless, this is a dish that I’ll recommend. 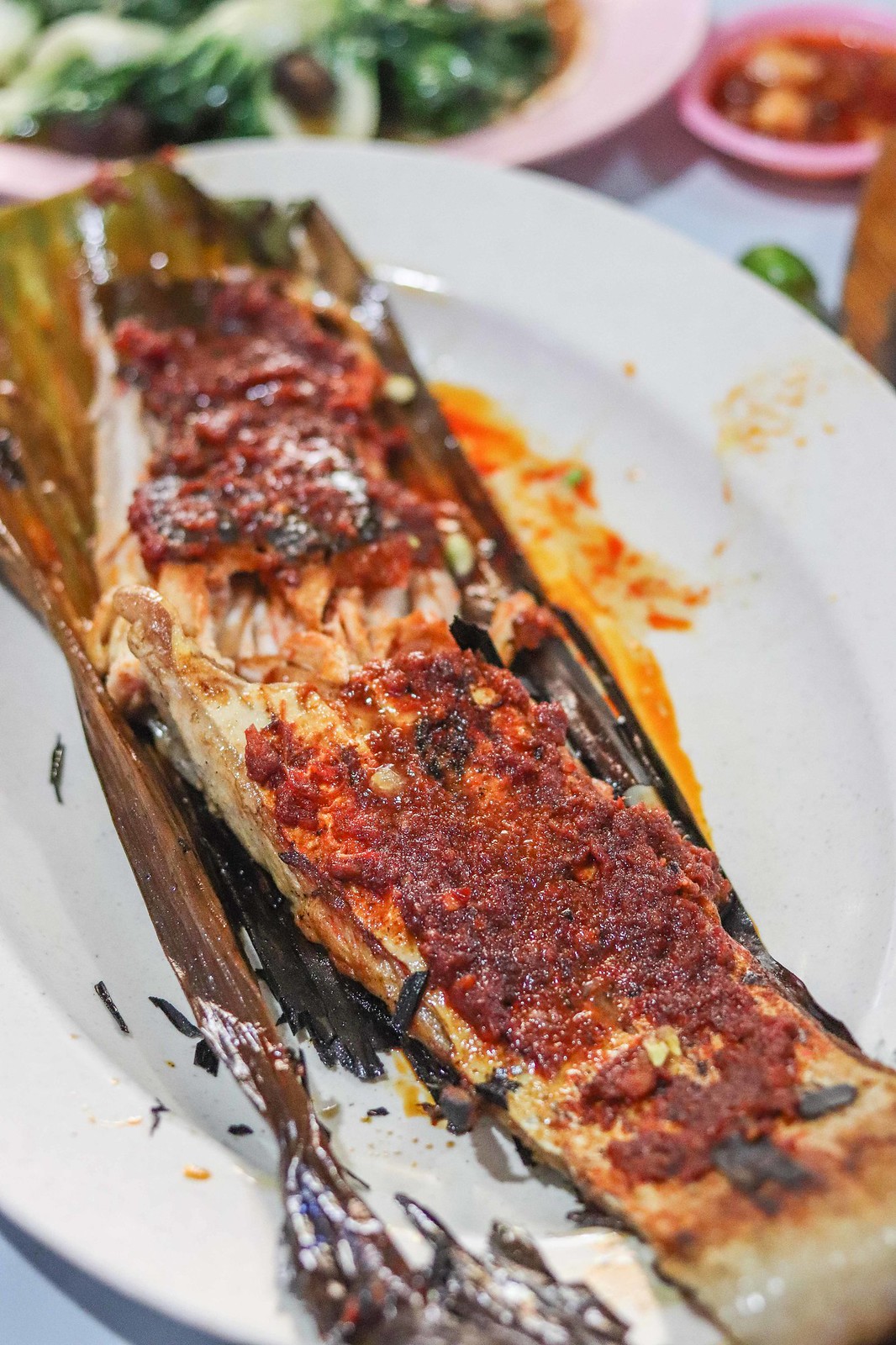 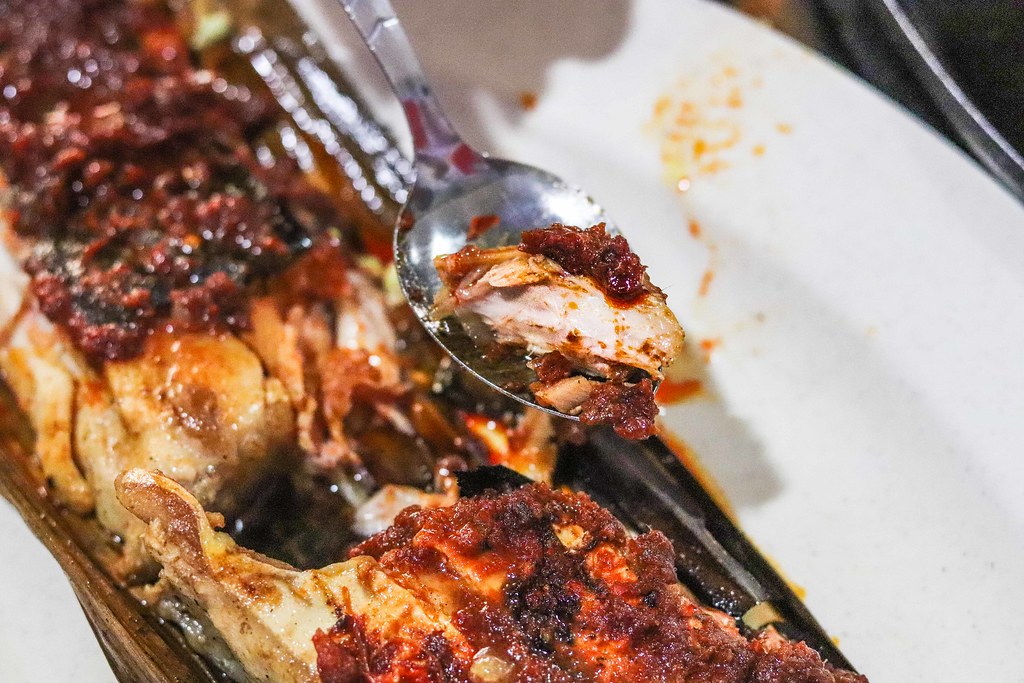 The Barbeque Stingray (Small $10, Medium $12, Large $14, Bigger $16) served here is unlike others. While the norm entails having wide and flat stingray fins, Tokyo’s BBQ stingray is rather thick and elongated. The succulent flesh separates nicely from the cartilage too. I enjoy the heat delivered from the sambal paste, even though I found it a tad sour. What is noteworthy is the accompanying cinchalok and, especially, the chilli achar, which is an unusual dip made from ingredients like onions, hae bi and chilli paste. Eat it with the stingray or even on its own! 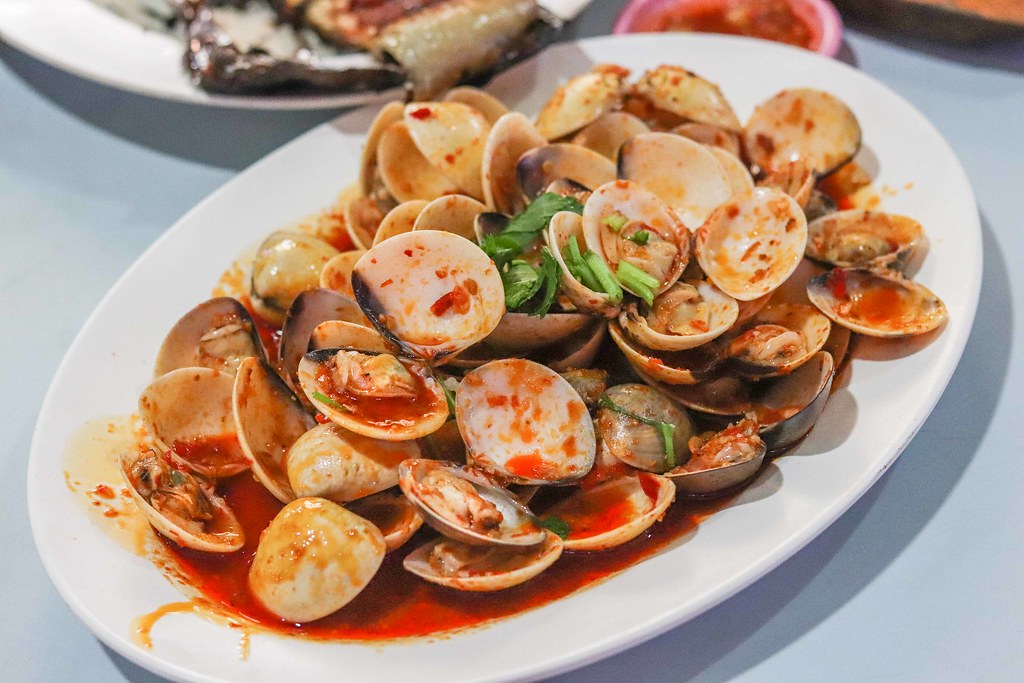 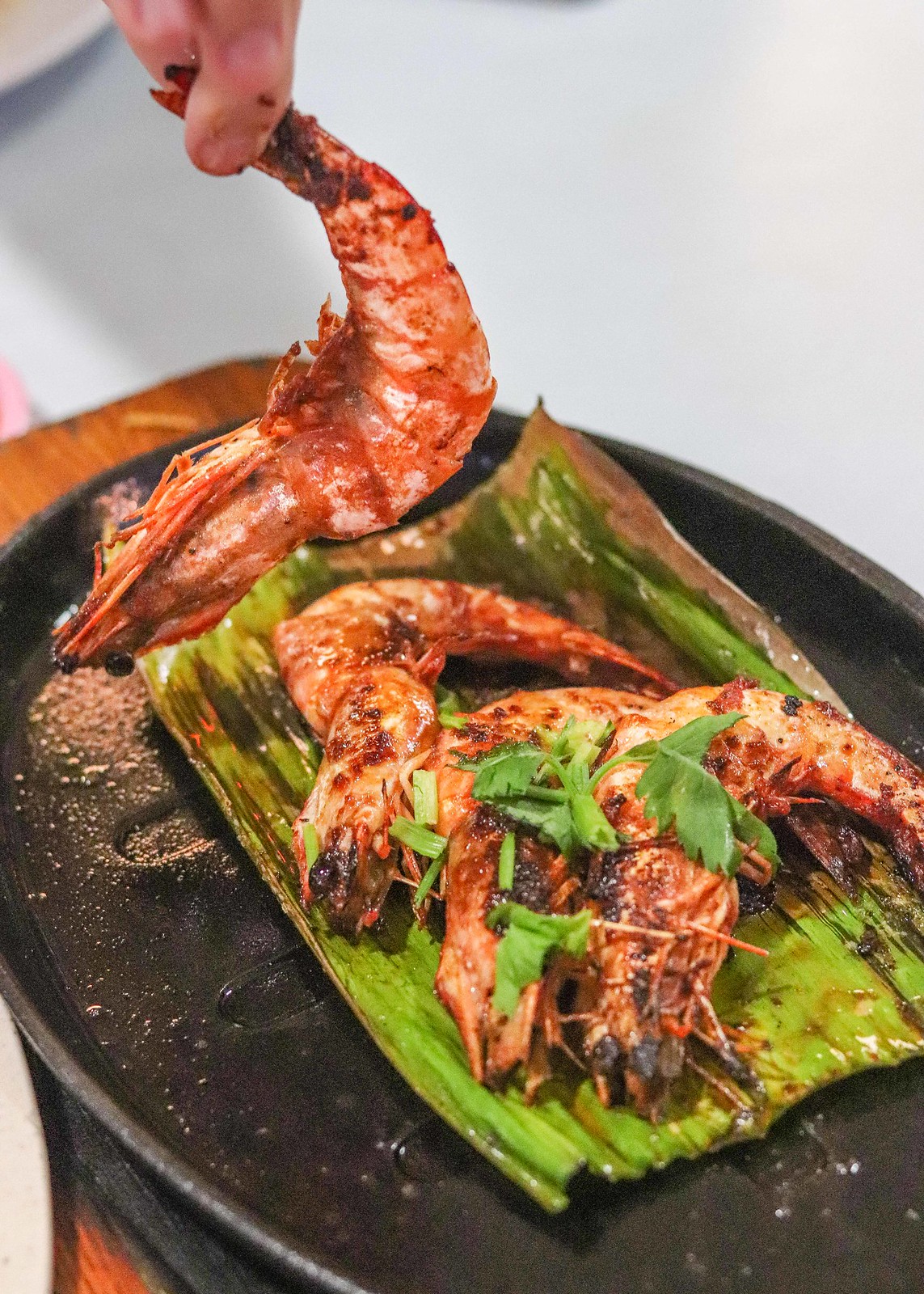 I will surely return for their White Clams Lala (Small $8, Medium $10), which is cooked in sambal chilli paste. The chilli paste won our hearts, with its strong shrimp fragrance and sweet-sour undertones. Each clam was fat and chewy as well! The Grilled Prawns (Small $12, Medium $15, Large $20) were, on the other hand, slightly underwhelming. A sweet sambal chilli is slathered on the bbq prawns to give it added taste. What I didn’t like was it’s dry interior which could have been due to overcooking.

You May Also Like
Hong Kong Meixin’s Avengers Mooncakes Make a Return in 2020 with Custard Lava Filling! 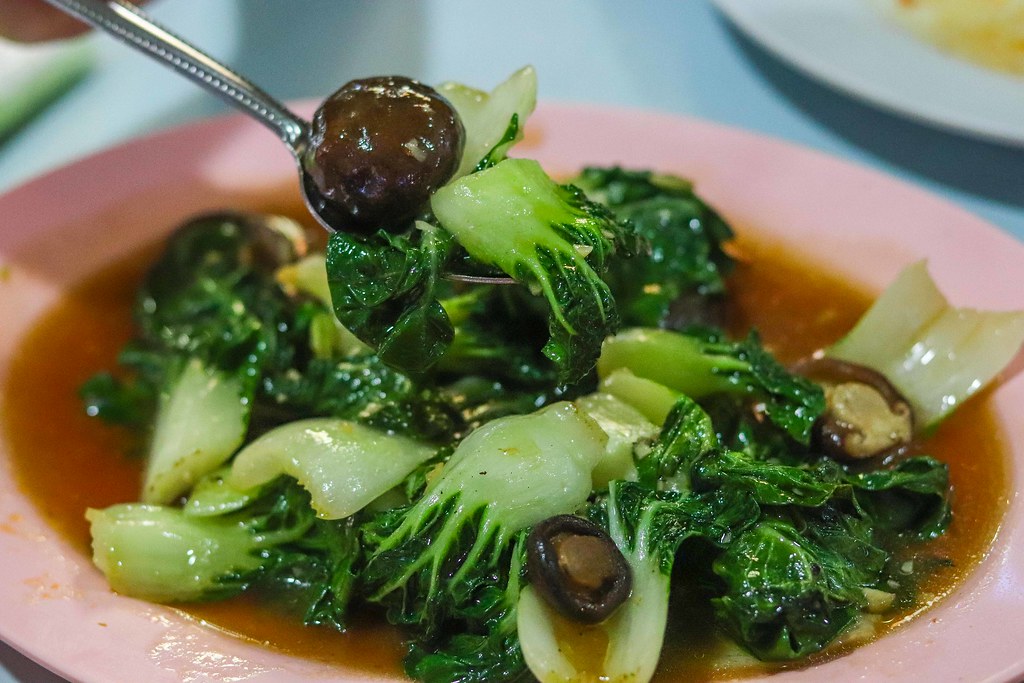 My friends and I agreed that the Fried Vegetables Nai Bai (Small $4, Medium $6, Large $8) did well in striking a balance for our spice-ladened meal. Each crunchy nai bai exudes a subtle garlicky aroma which makes it hard for me to resist finishing the greens. Along with the nai bai are cubes of shitake mushrooms that are well coated with the sweet oyster sauce.

Overall, the stingray is pretty delicious. It isn’t named one of the best for nothing. However, I have to place the stingray below the oyster omelette and lala, both of which are definitely worth trying. Currently, Mimi’s nephew Bobby is learning the ropes from Mimi herself. Perhaps, one day we can find out from Bobby what exactly ‘Tokyo’ means.

Battling perpetual food coma while indulging in a menu that fills both the stomach and soul.