You are here: Home » Blog » Ya Sia – The New Braised Duck Hero With Delicious Kway Chap in Eunos!

Ya Sia – The New Braised Duck Hero With Delicious Kway Chap in Eunos! 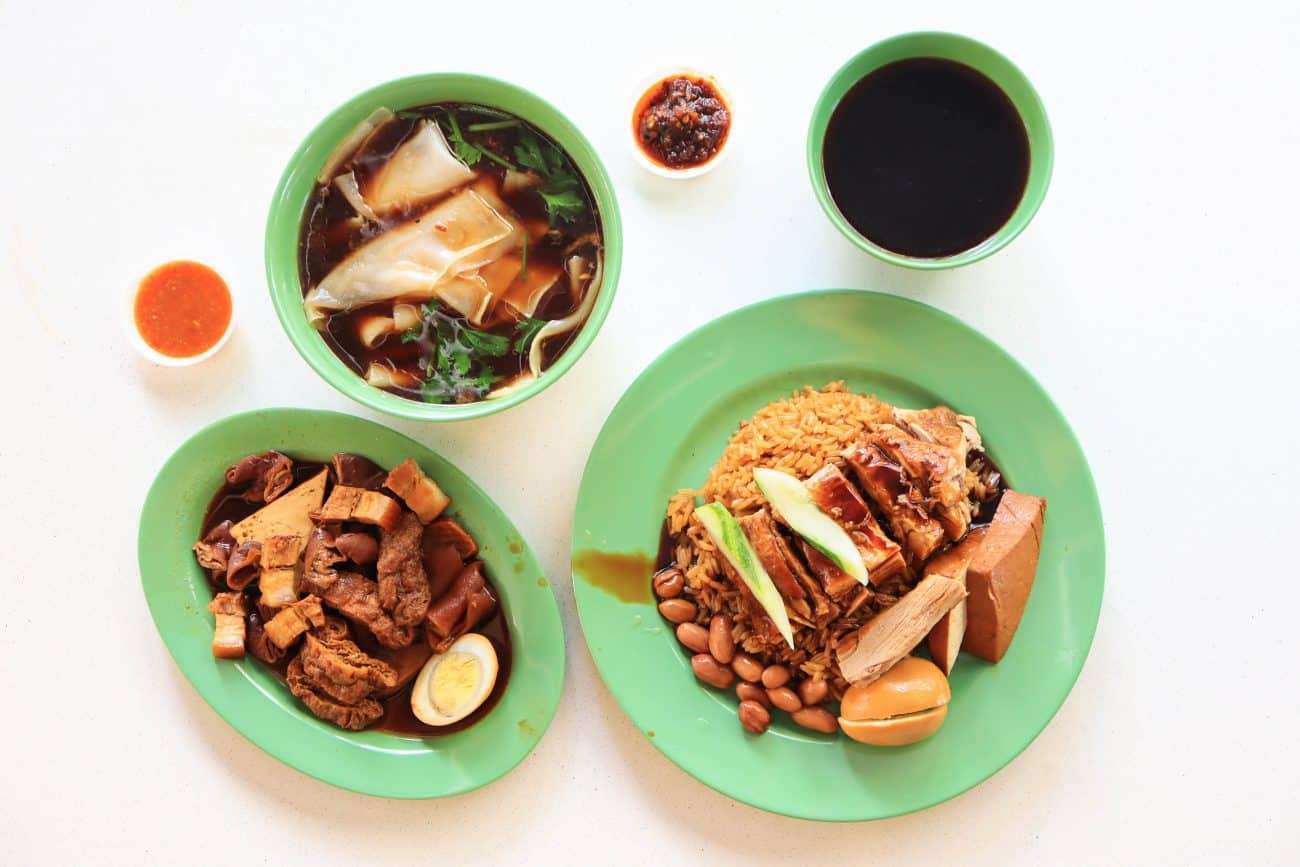 Here’s another duck rice stall that just opened in mid-April at Eunos Crescent. With an eye-catching signboard with a rubber ducky logo and a very punny name, Ya Sia, which is opened by a young couple, is one  that would leave a lasting impression.  I didn’t have the chance to speak with the owners as they were busy. 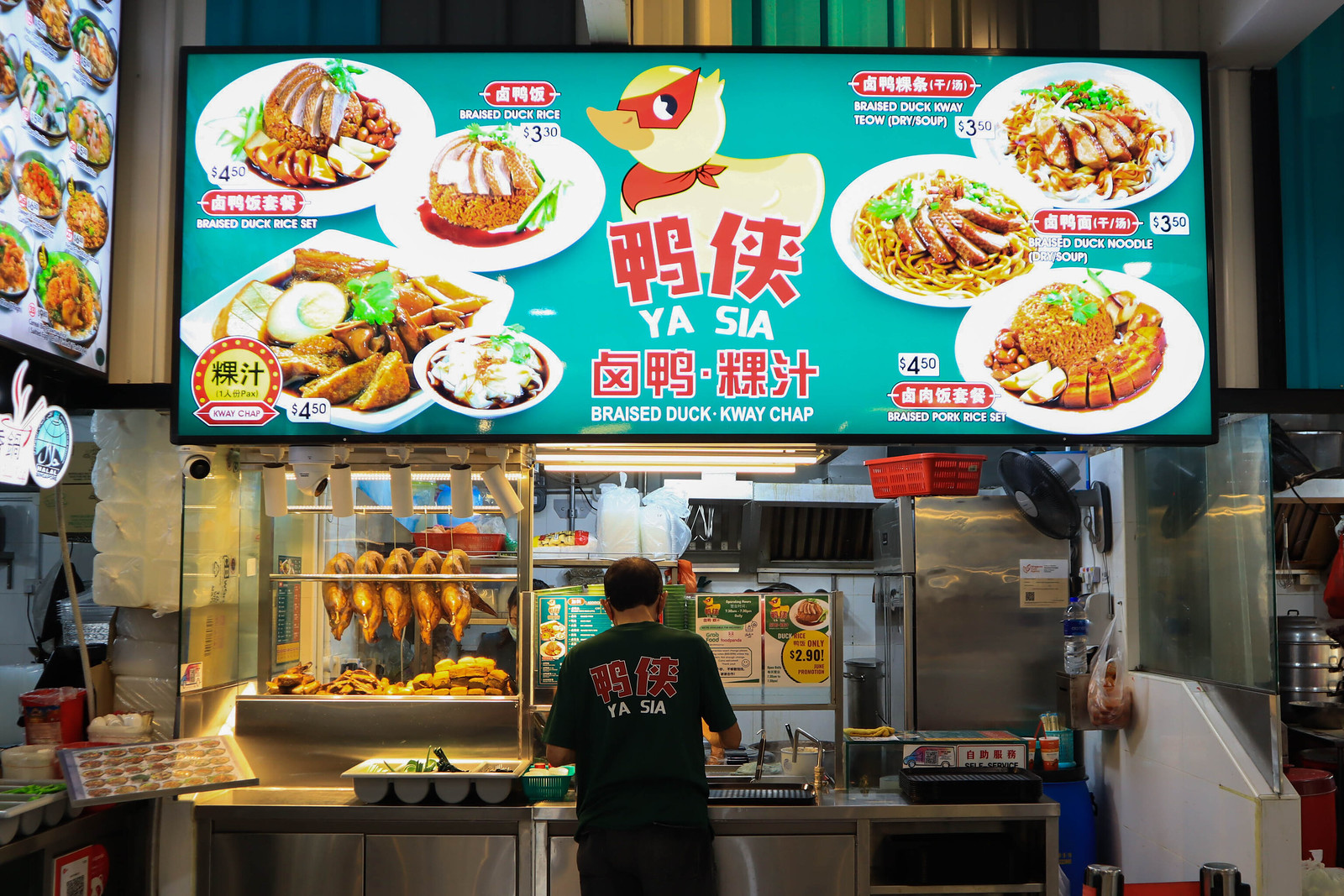 As I waited for my order, I could tell that the owners value their staff — they were teaching their staff how to use the various electronic devices and preferred packaging methods. It’s heartening to watch their respectful tones and witness their patience. Thumbs up man!

The food is priced very reasonably, and they serve up quite a big portion too. It just occurred to me that they sell Braised Pork Rice Set ($4.50), which I will go for next time because I LOVE lor bak. But while I was there, I got the Kway Chap Set ($4.50, 1 pax) and the classic Braised Duck Rice Set ($4.50). 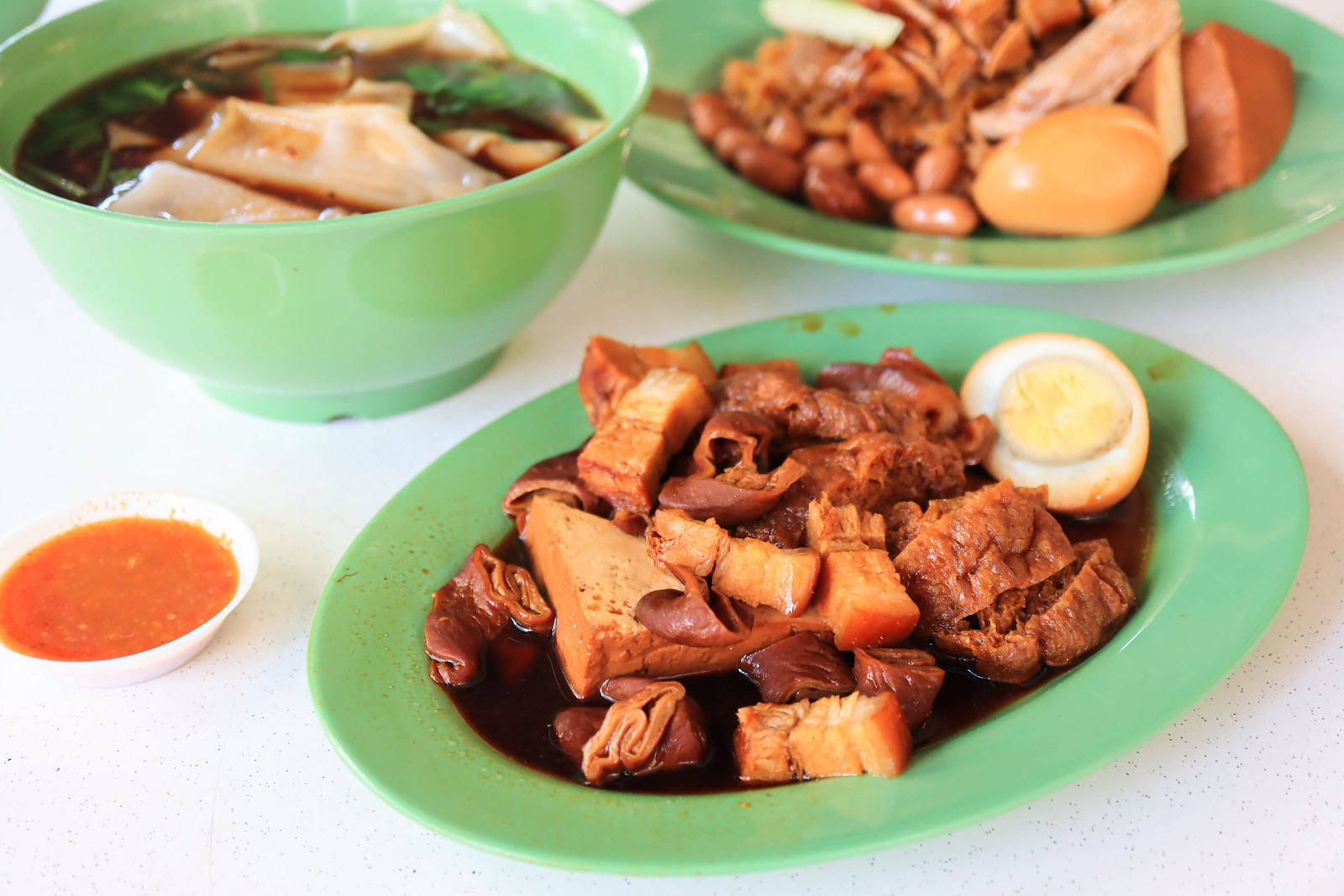 First up, the Braised Duck Rice Set. It’s a pretty standard dish with all the typical ingredients — tau kwa, peanuts and a whole braised egg. I couldn’t tell which part of the duck was used for this set, but it was not deboned. The only part of the meat that didn’t have bones were rather dry. The duck meat was not super soft or juicy too. Perhaps a little more sauce drizzled over the duck would help! 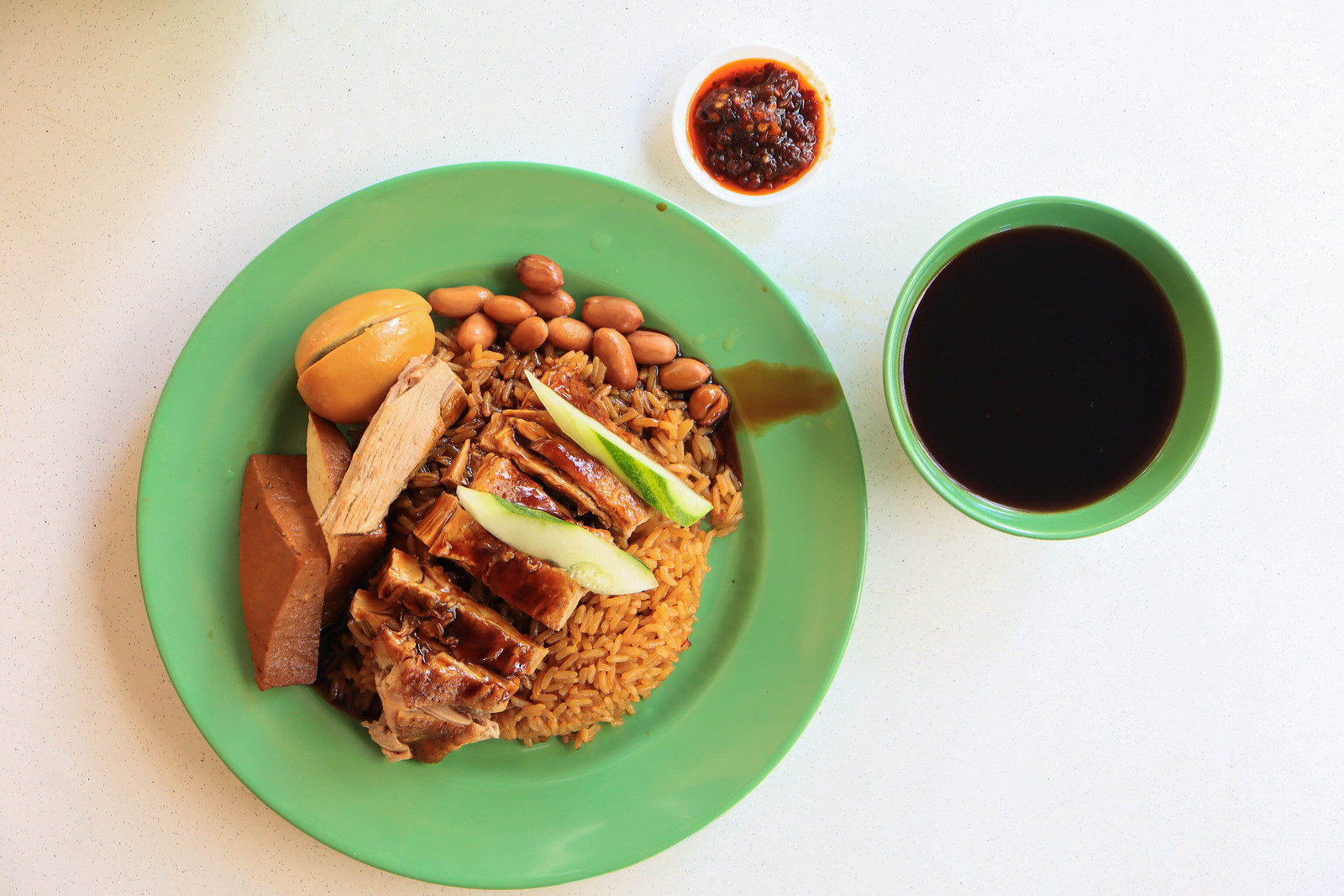 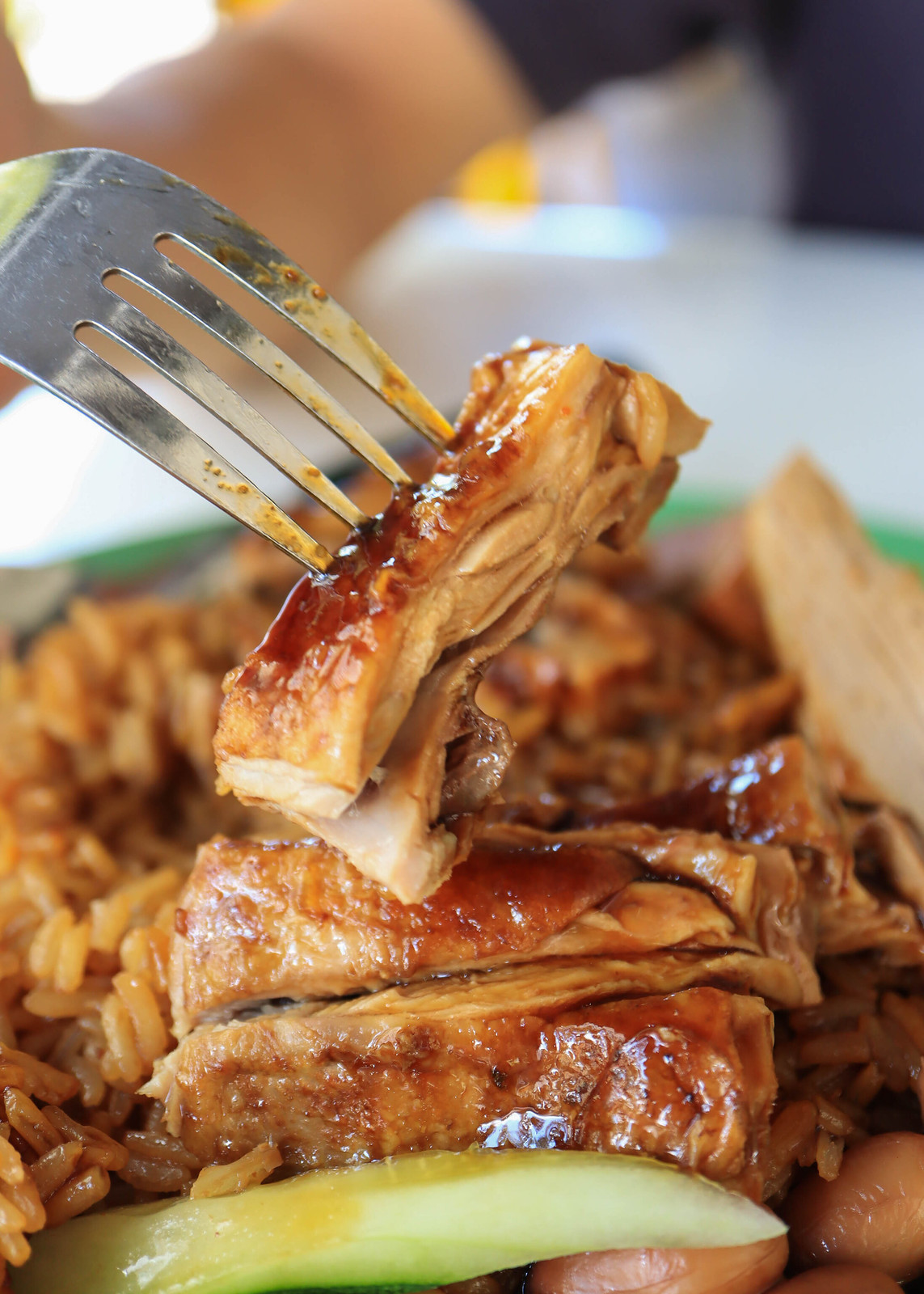 I love how their rice grains were firm and nicely separated, and not dry! Despite having a slightly lighter shade of brown that what we typically encounter, the rice was still very flavourful and fragrant. It was not too salty and adding some homemade anchovy chilli definitely elevated the flavours! 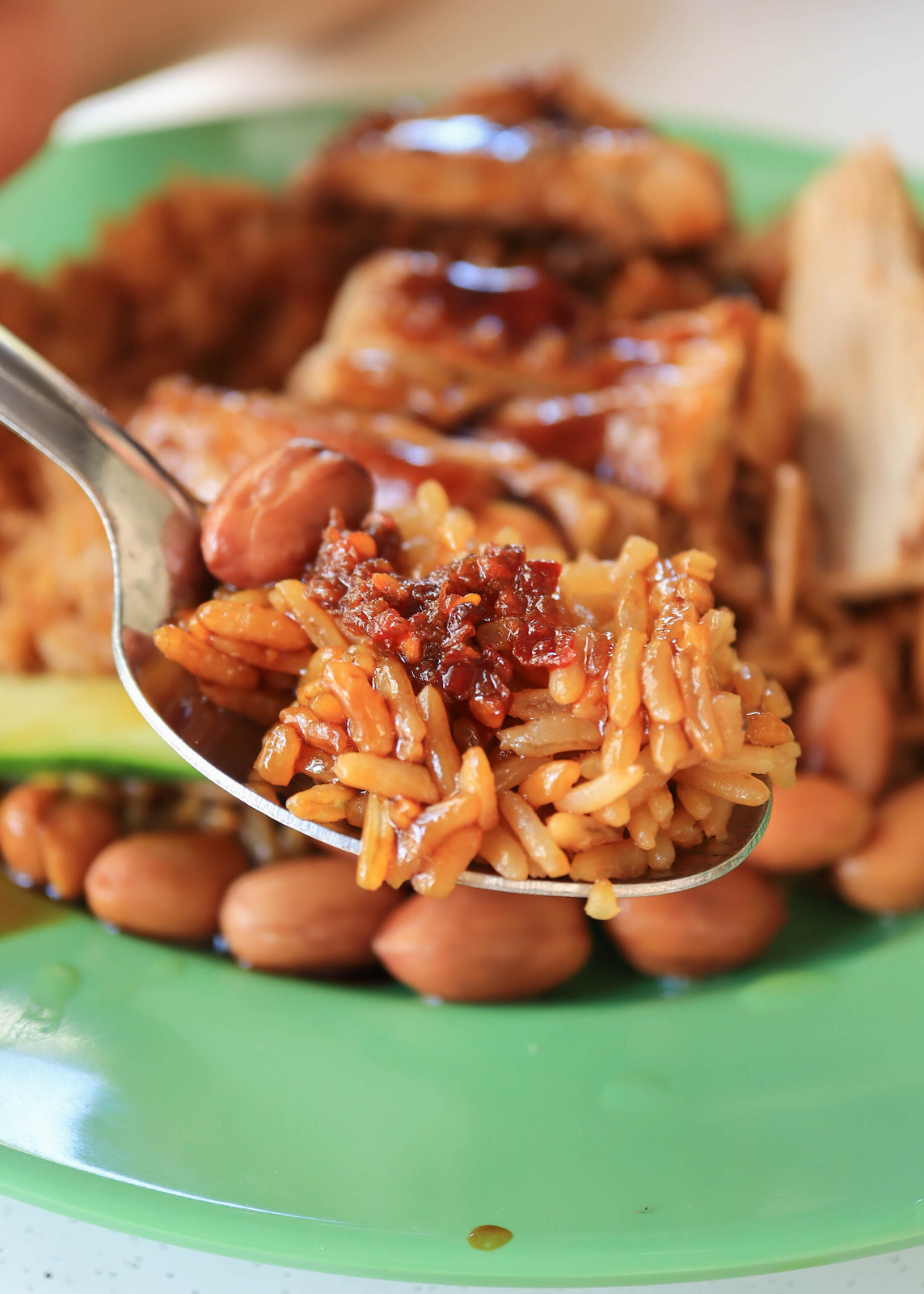 The kway chap was way better than I expected. It came in quite a generous portion for just $4.50! The kway came in a rather big bowl and the platter was packed quite tightly. The platter consists of braised pork belly, pork intestine, tau kwa, pigskin and tau pok. As someone who is quite particular about the cleanliness of the intestine, I was glad that it didn’t have that stinky smell or aftertaste. 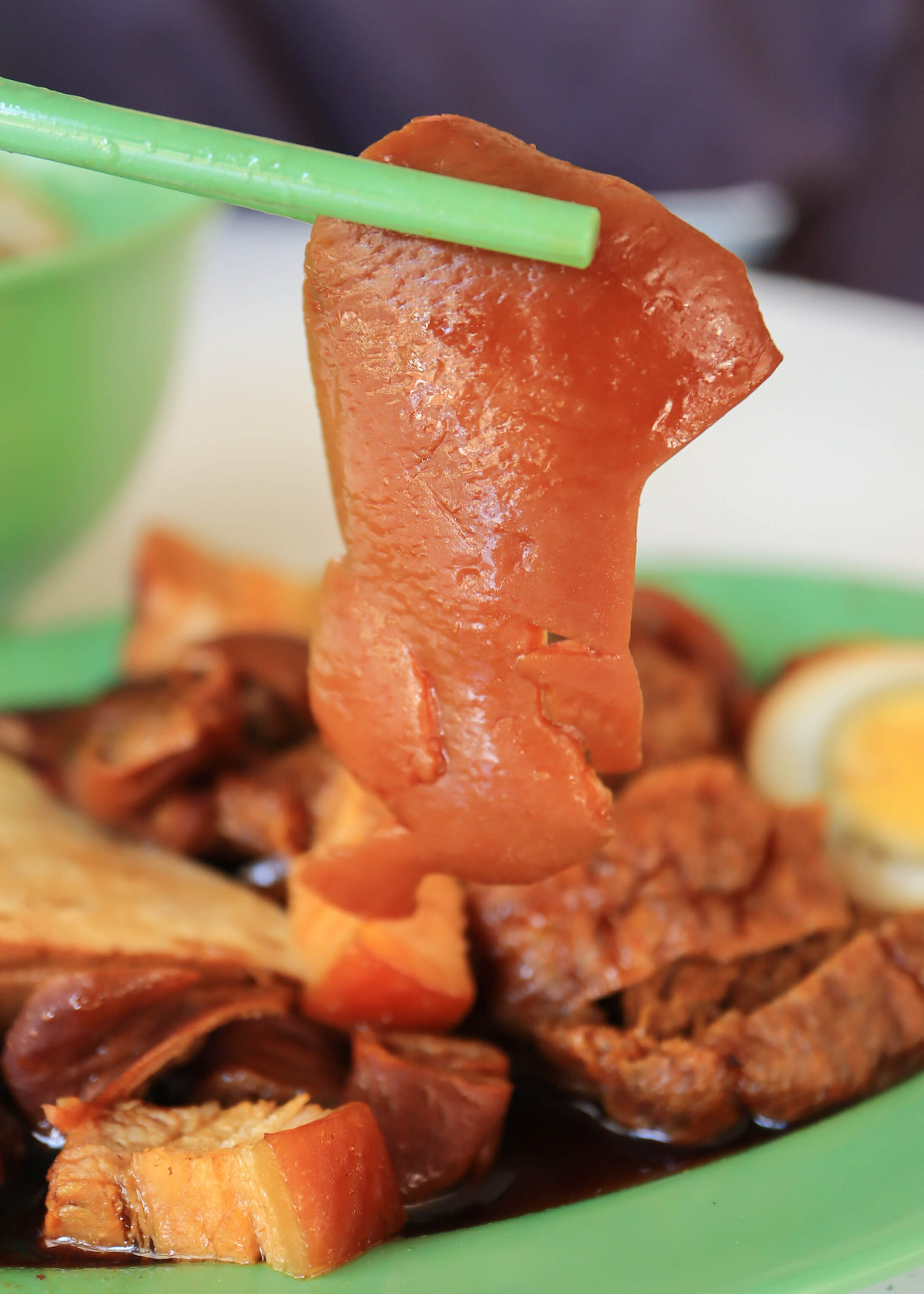 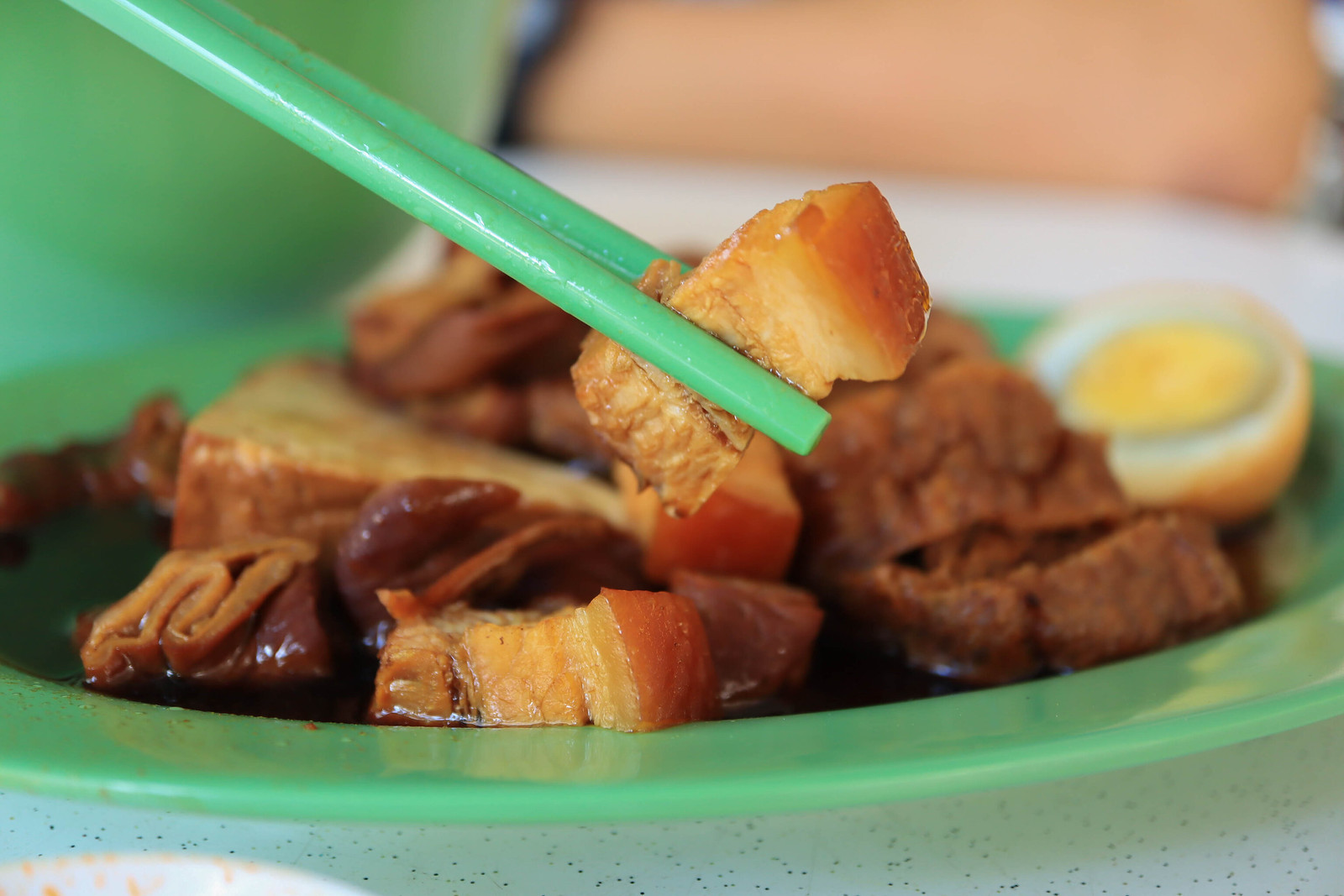 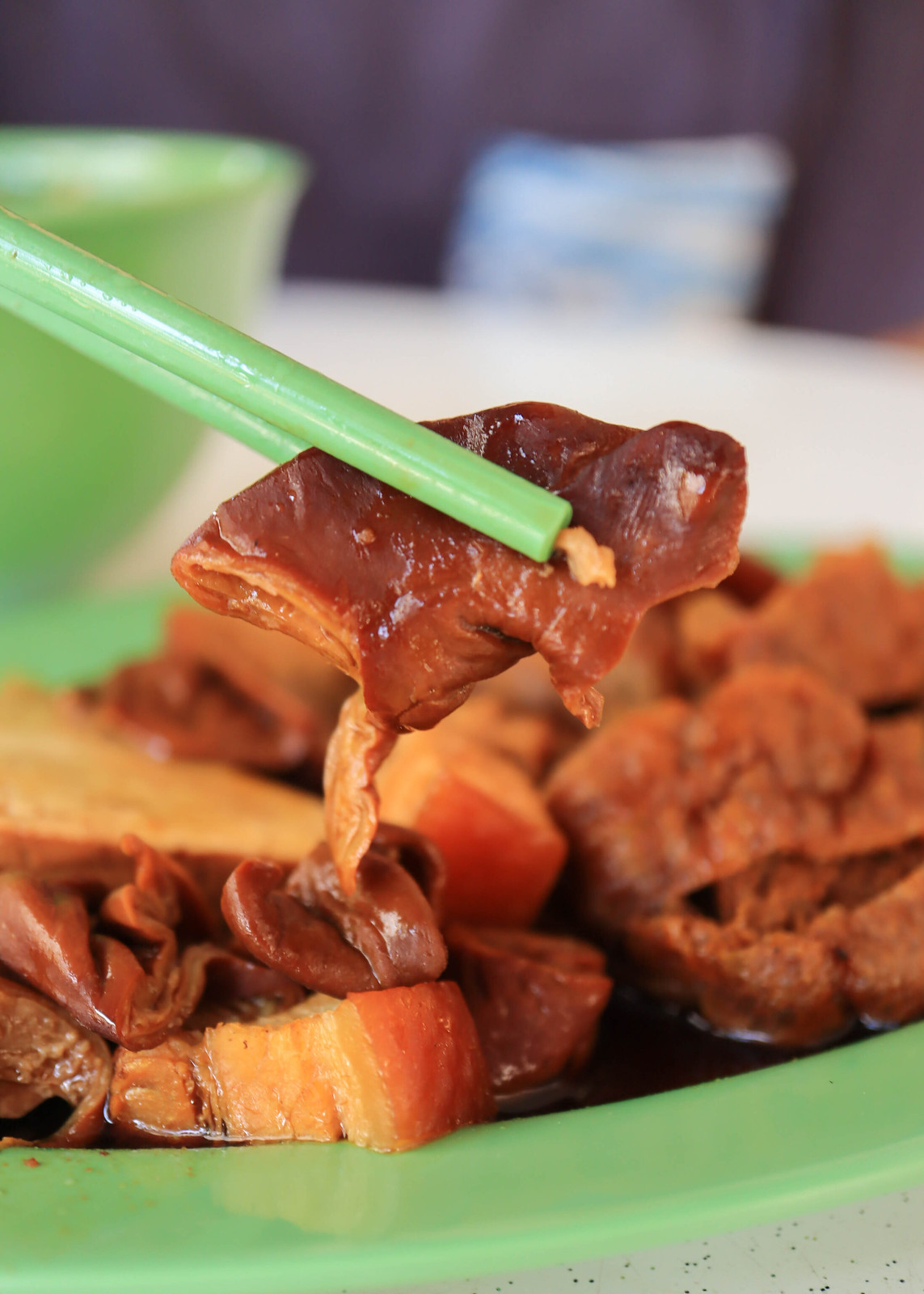 My favourite part of the platter has got to be the pigskin and the kway. The pigskin was springy and soft, and it didn’t feel like I was biting gum. The kway was the highlight for me. It was smooth and it folded in very nicely into the spoon, making it very easy to eat. 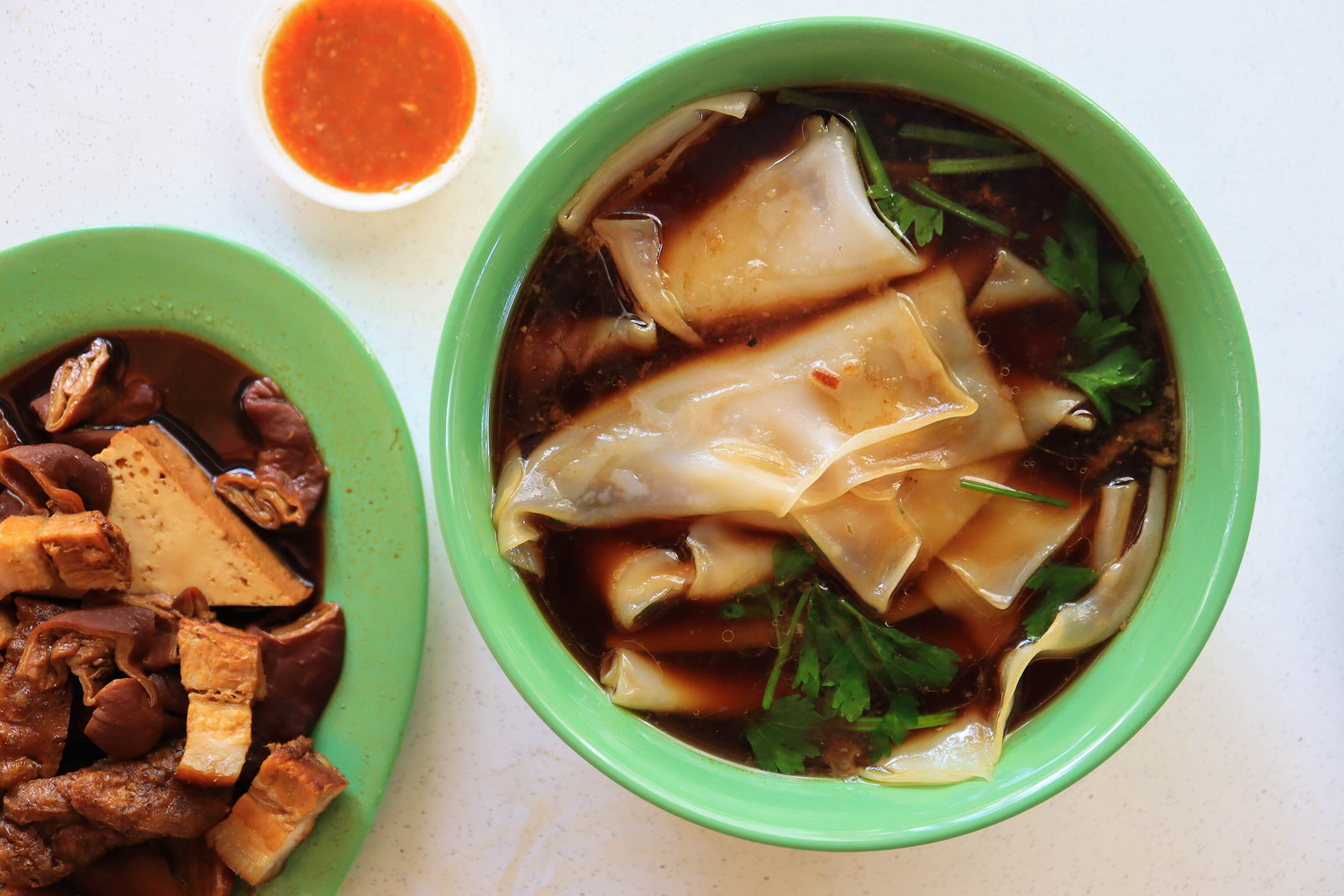 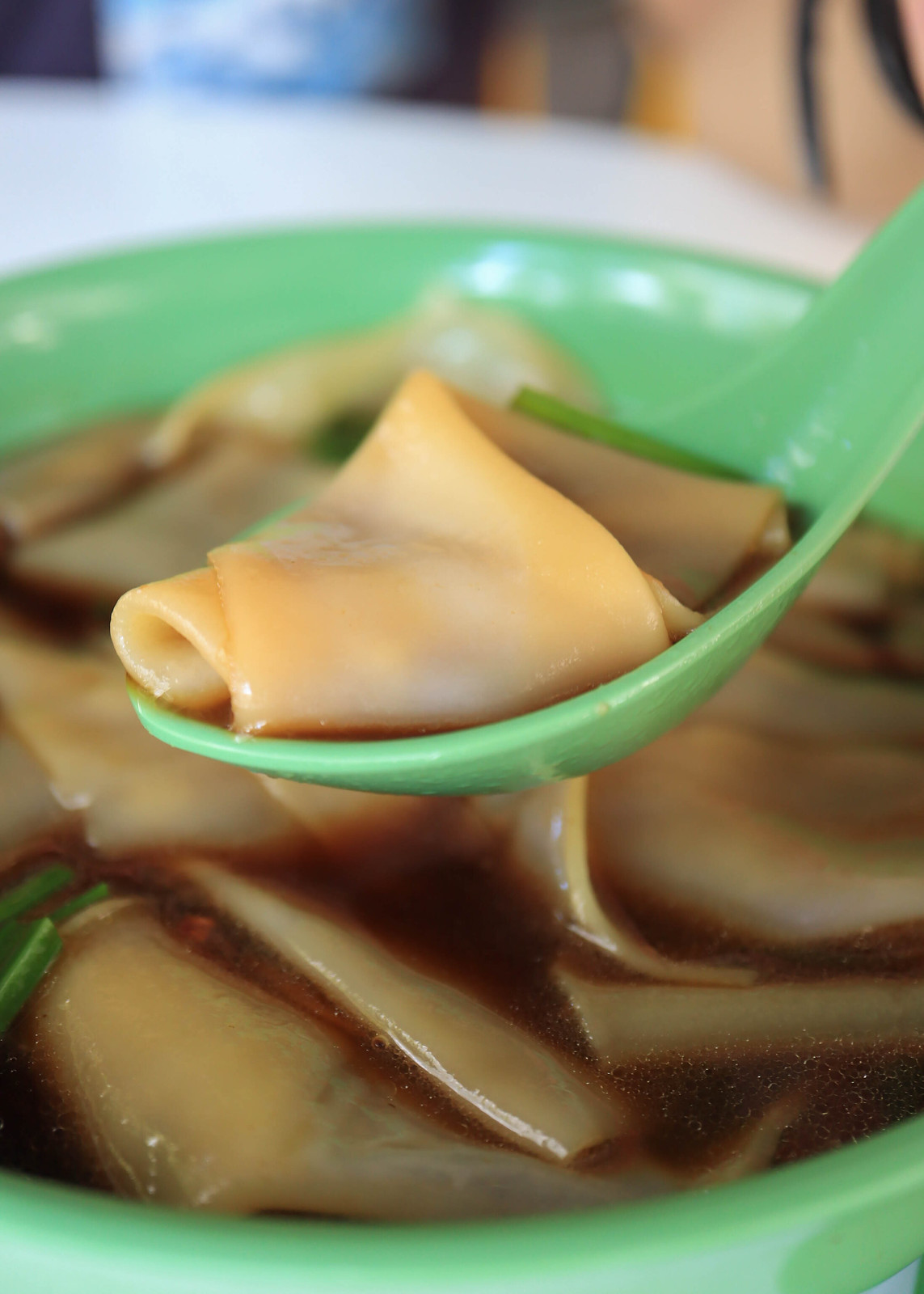 The herbal soup was a hearty one too! I love how it was not too oily or too heavy in flavour. It complemented the braised items well. It was not too herbally, for those who don’t like the medicinal taste of such soups. The soup also didn’t have a “siao” aftertaste. All in all, it was a very enjoyable plate of kway chap! 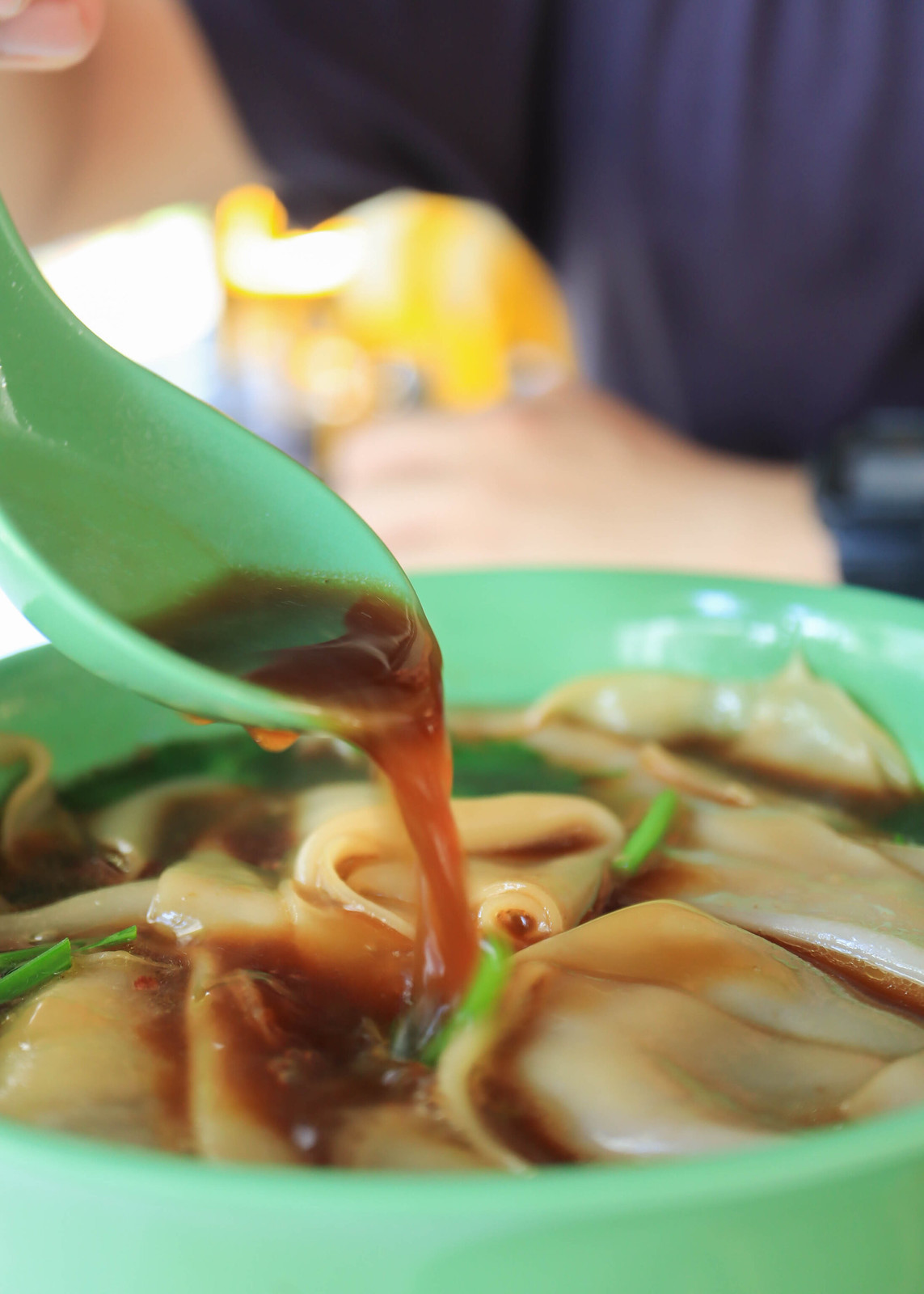 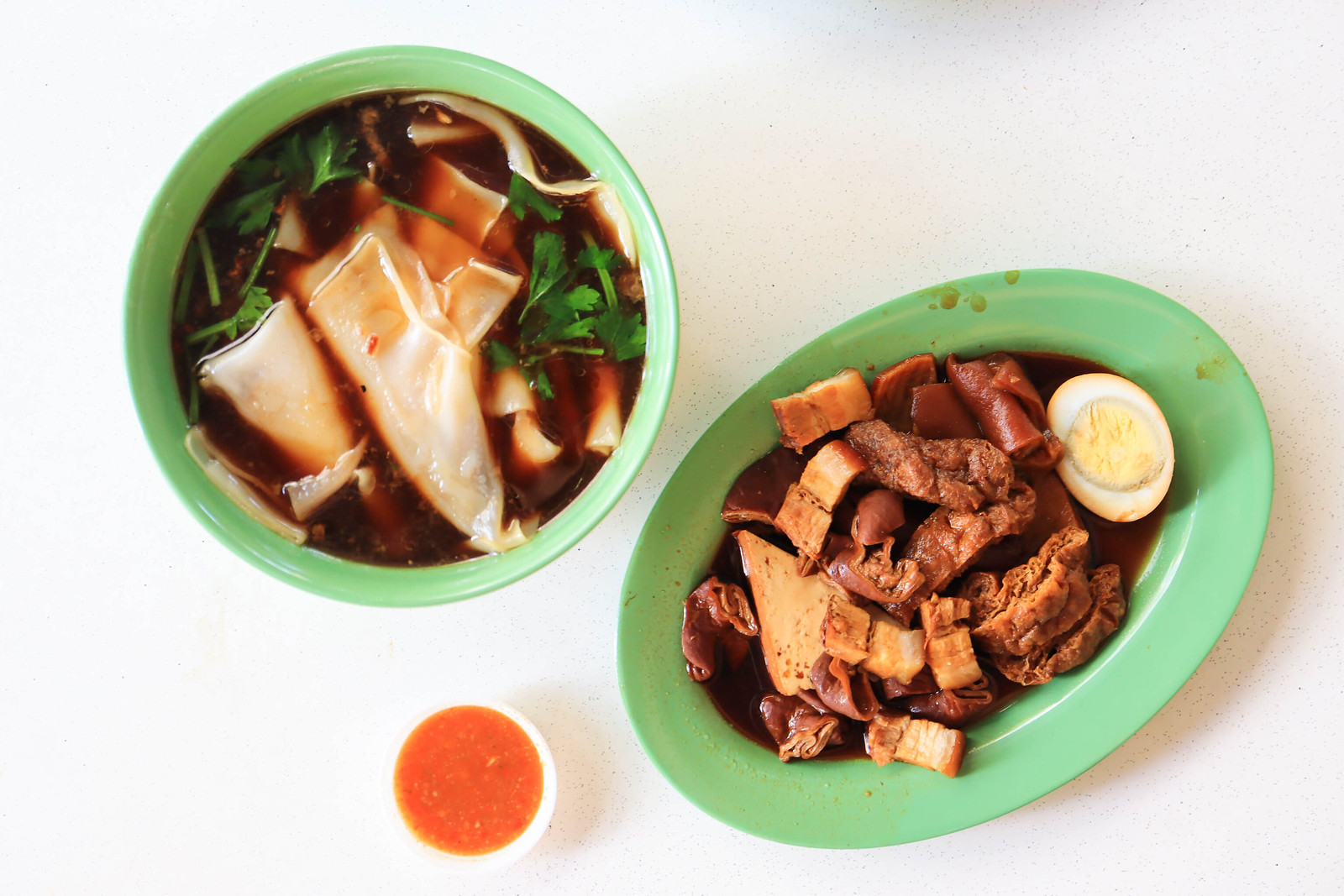 I would come back for the kway chap, or just for the high-quality kway, and to try the braised pork rice!

Opening Hours: 8am to 8pm daily.