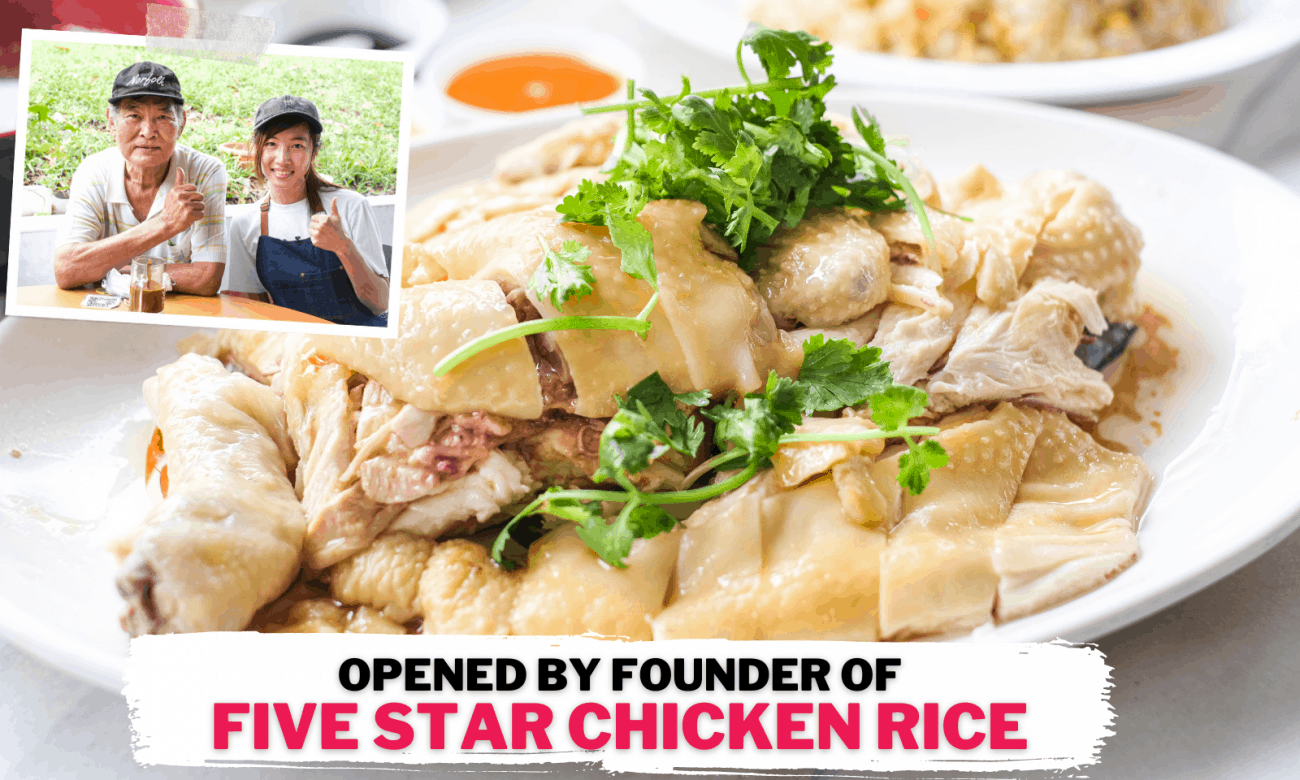 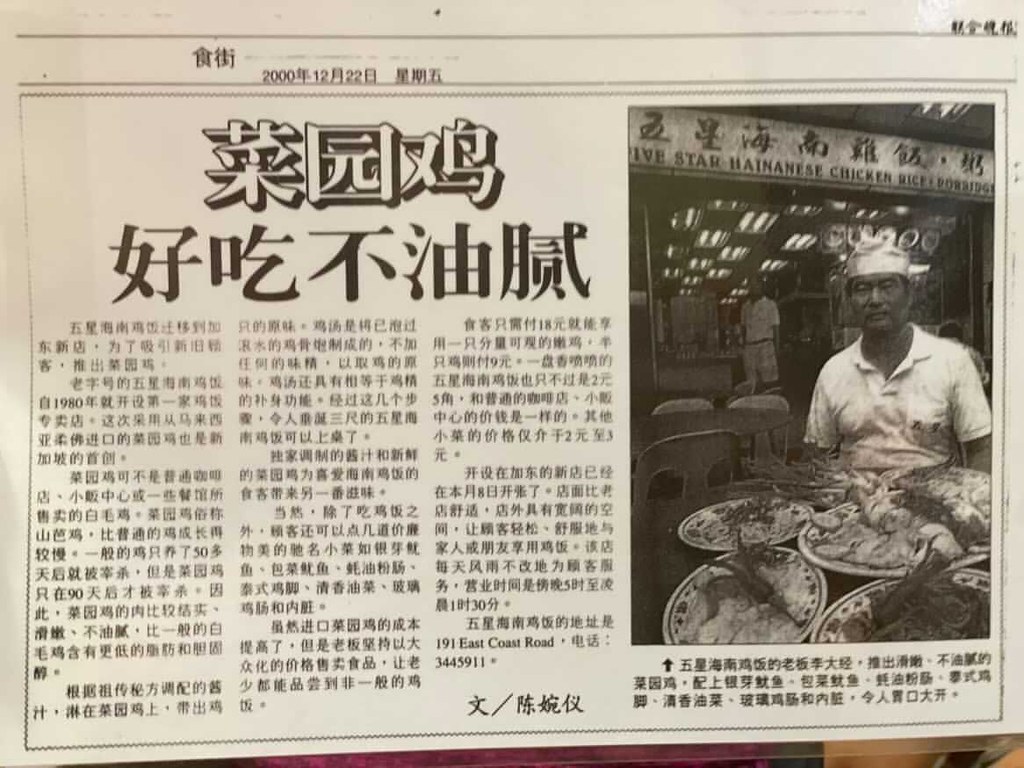 You probably haven’t heard much about Mr Lee because he is very shy and rarely appears in the media. When they opened at 191 East Coast Road, fans flocked right over, and they sold 88 chickens on the first day. Later on, he withdrew from the business but is still the recipe holder. 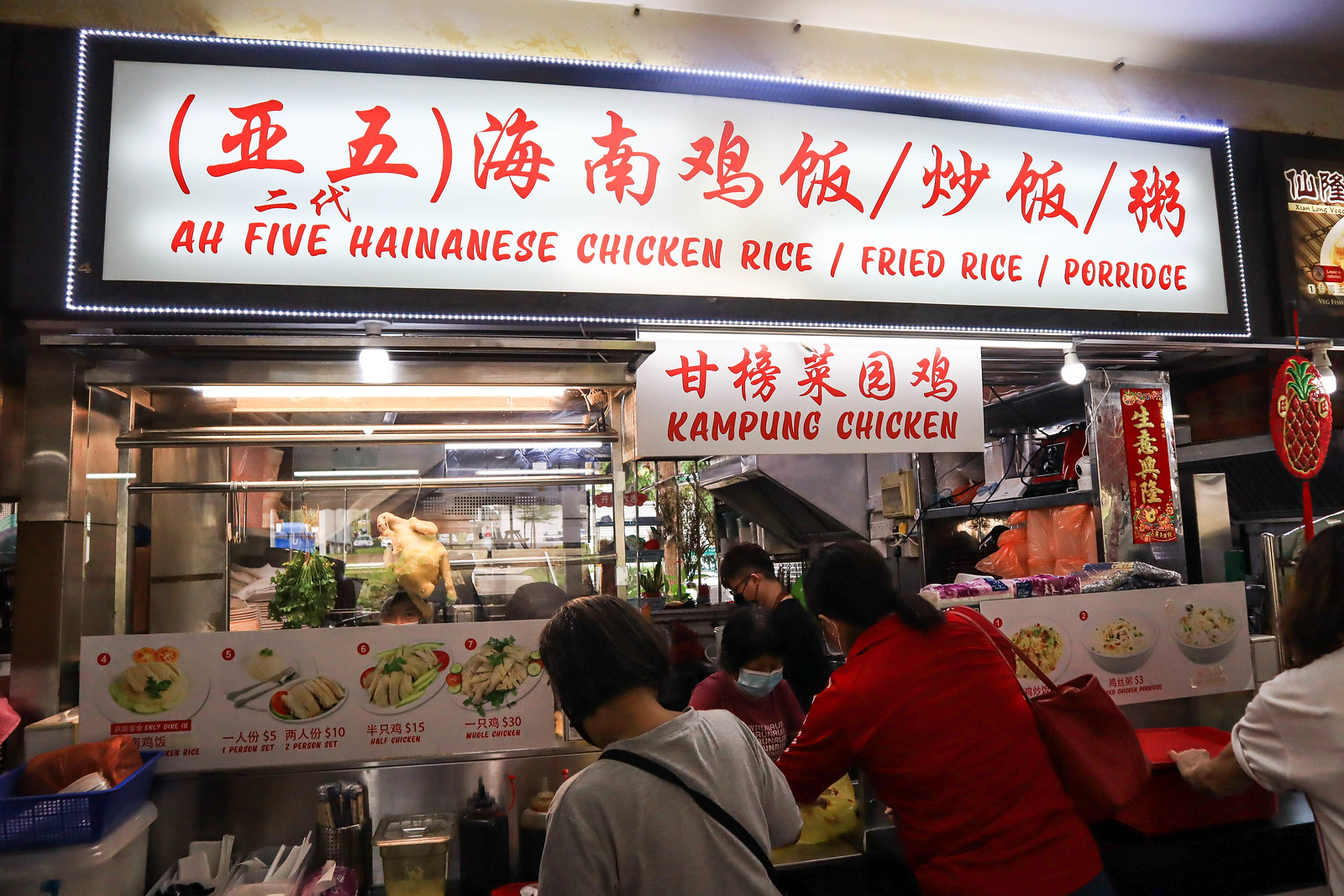 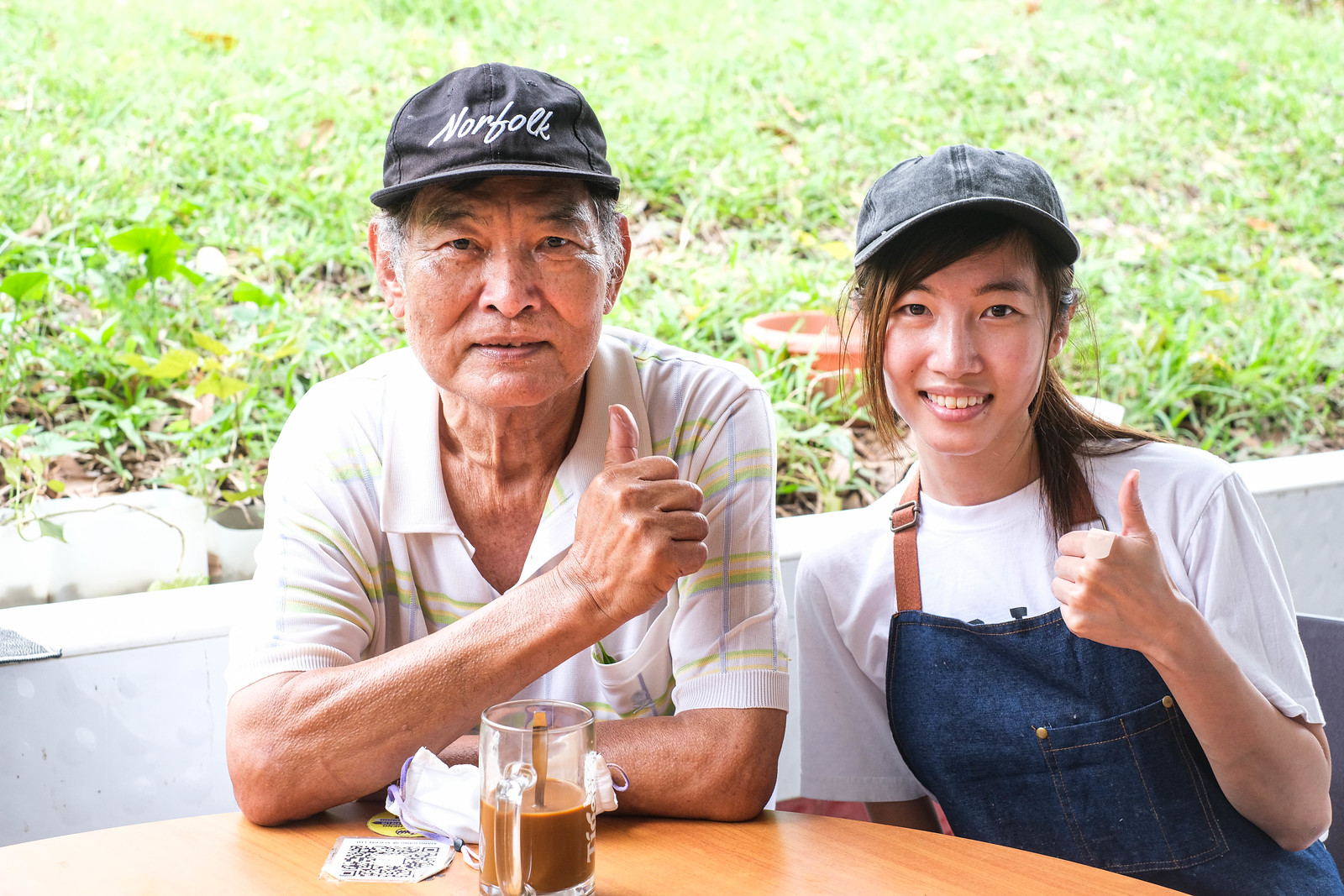 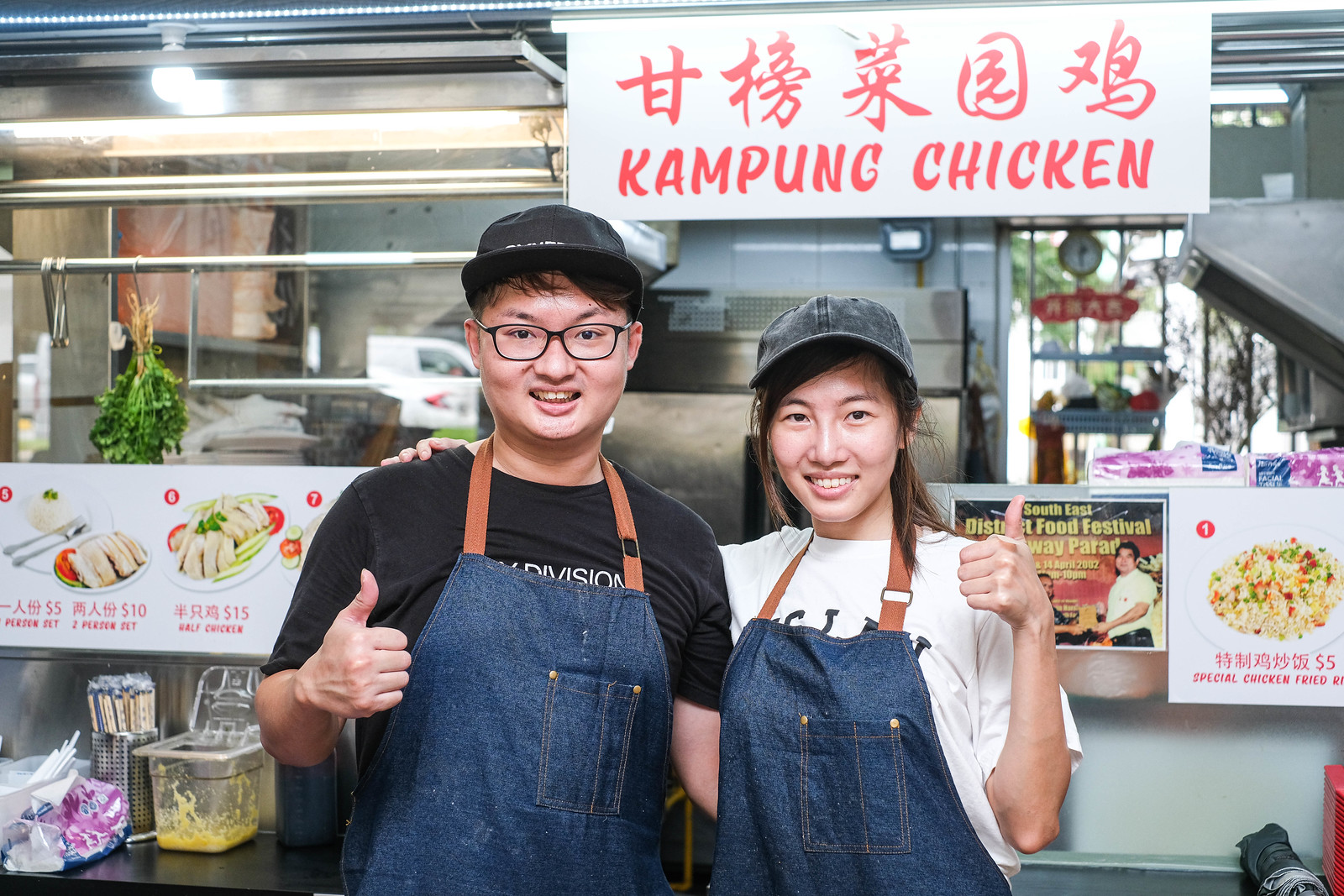 With the aim of carrying on their father’s legacy, Mr Lee’s children Natalie and Lex opened Ah Five Hainanese Chicken Rice about one month ago at Blk 158 Ang Mo Kio. Ah Five is the literal English translation for “亚五” (dialect: Ah Noy in Hainanese) as Mr Lee is the fifth children in the family, the nickname naturally comes to him as Hainanese address themselves by their “numerical order in the family”

Before they officially open the stall in August, the siblings took three months to learn the ropes from their father. Not only did they master the technique of perfectly cooking tender poached chicken, they also came up with new dishes such as fried rice and porridge. Currently, Natalie does the chopping of the chicken, while her brother focuses on cooking fried rice. 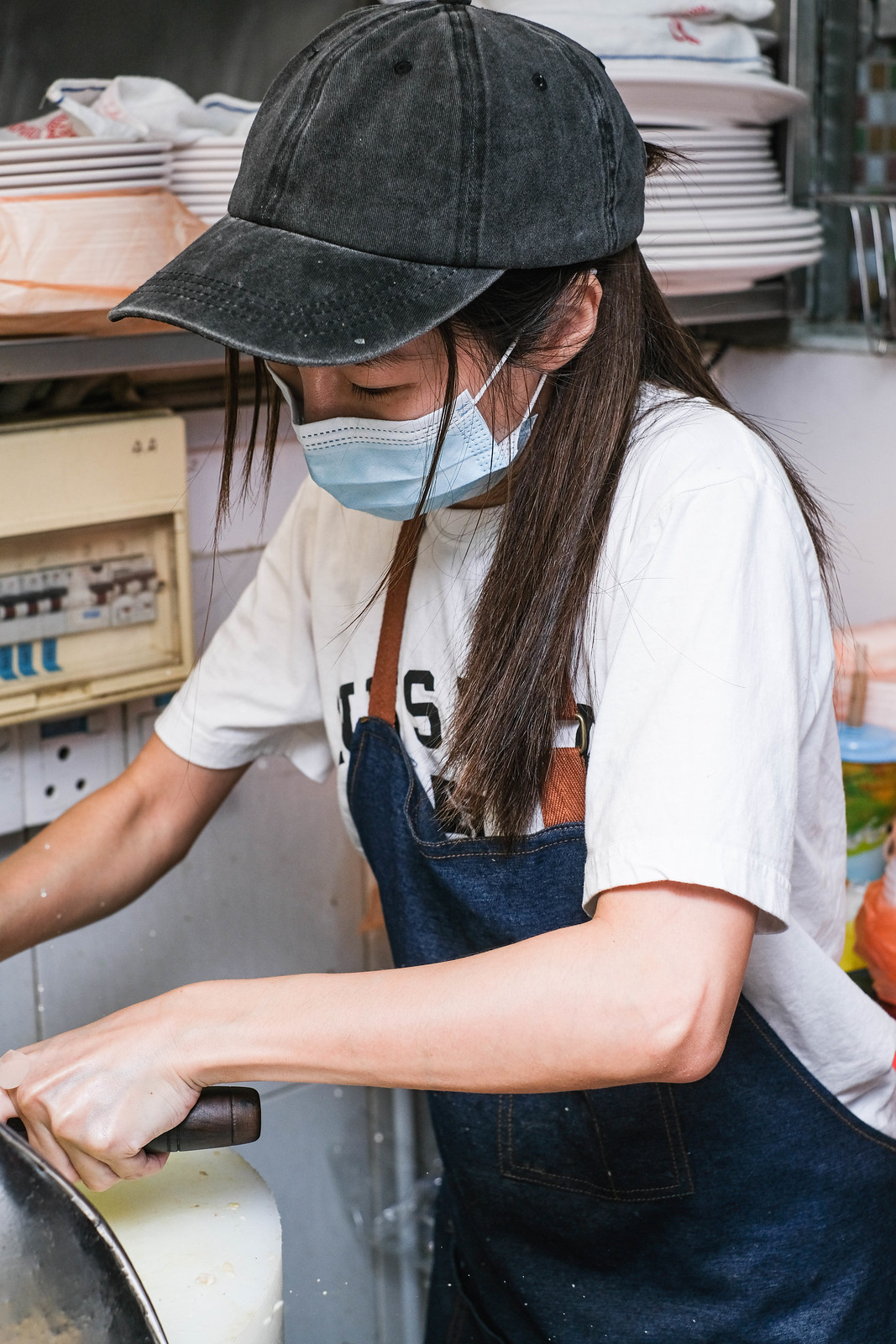 29-year-old Natalie dealt with intellectual property before opening this hawker stall. In fact, she just completed her Master of Intellectual Property. Instead of working in a white collar profession, she decided to learn her father’s recipe and dive into long hours of back-breaking work in extreme heat in hopes of continuing her father’s legacy. It’s a rare sight to see a young and petite female hawker chopping chicken in a food stall. And Natalie handles it so well! She takes orders, deftly chops the chicken and adds a splash of seasoning before serving. 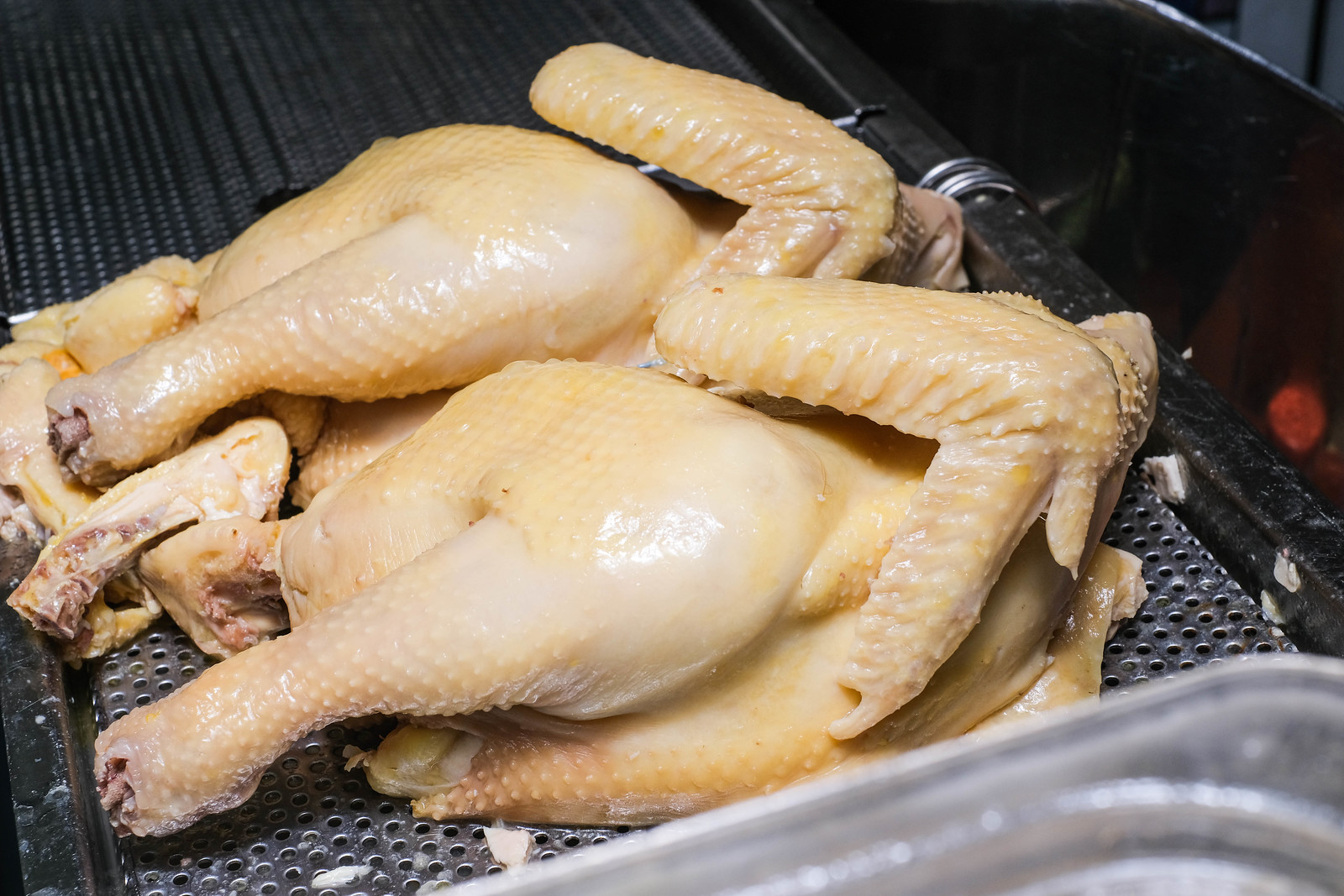 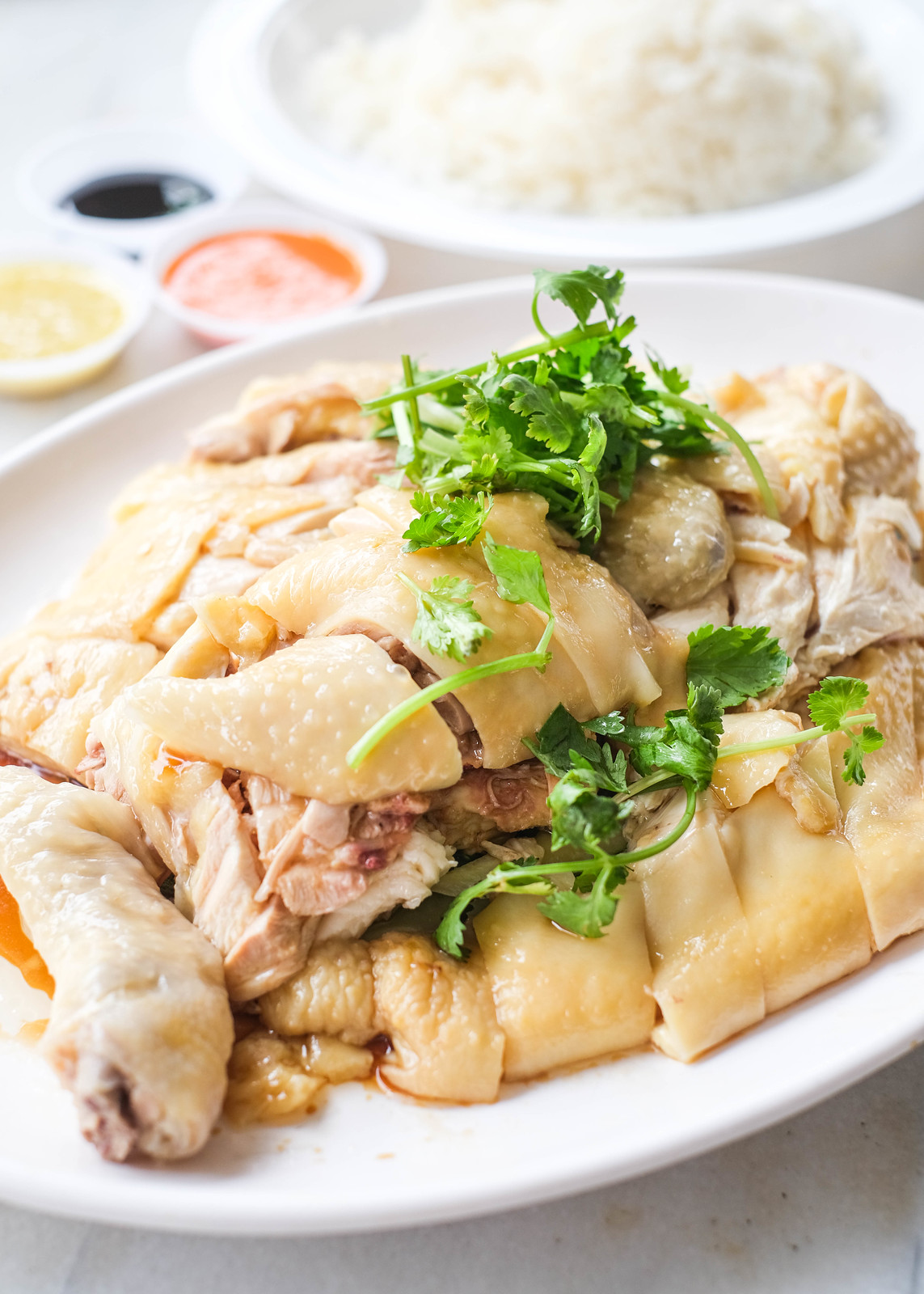 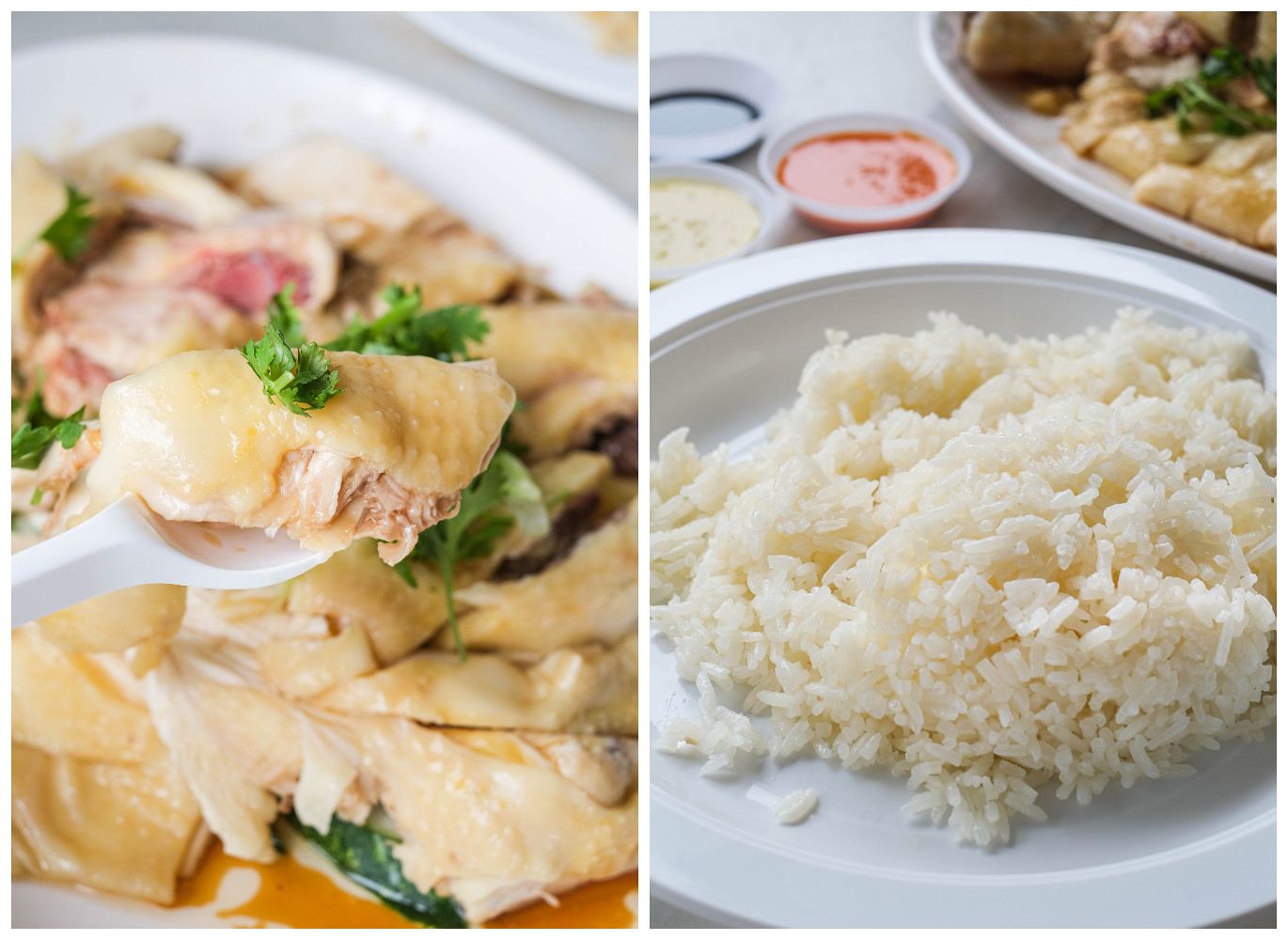 The stall uses kampung chicken, which is leaner and less meaty, but oh so tasty. The common battery hens which we are familiar with are kept in a small cage and take about 60 days to grow to an adequate size. On the other hand, kampung chicken spends about 80 to 90 days in enclosed house farms. They are allowed to run free, hence the meat is firmer.

The poached chicken here is perfectly tender and the meat has a deeper and more distinct flavour. The fragrant rice is not the most aromatic or flavoursome. But it is significantly less oily, which also makes it less cloying.

The combination of chilli sauce, ginger paste, and dark soy sauce pairs flawlessly with the chicken rice. What seals the deal is the punchy chilli sauce, which has the right consistency and packs a tangy kick. I believe they use lime juice instead of vinegar to make their chilli; it really livens up the plate! A one person set costs $5, two person set costs $10, half a chicken costs $15 and a whole chicken costs $30. 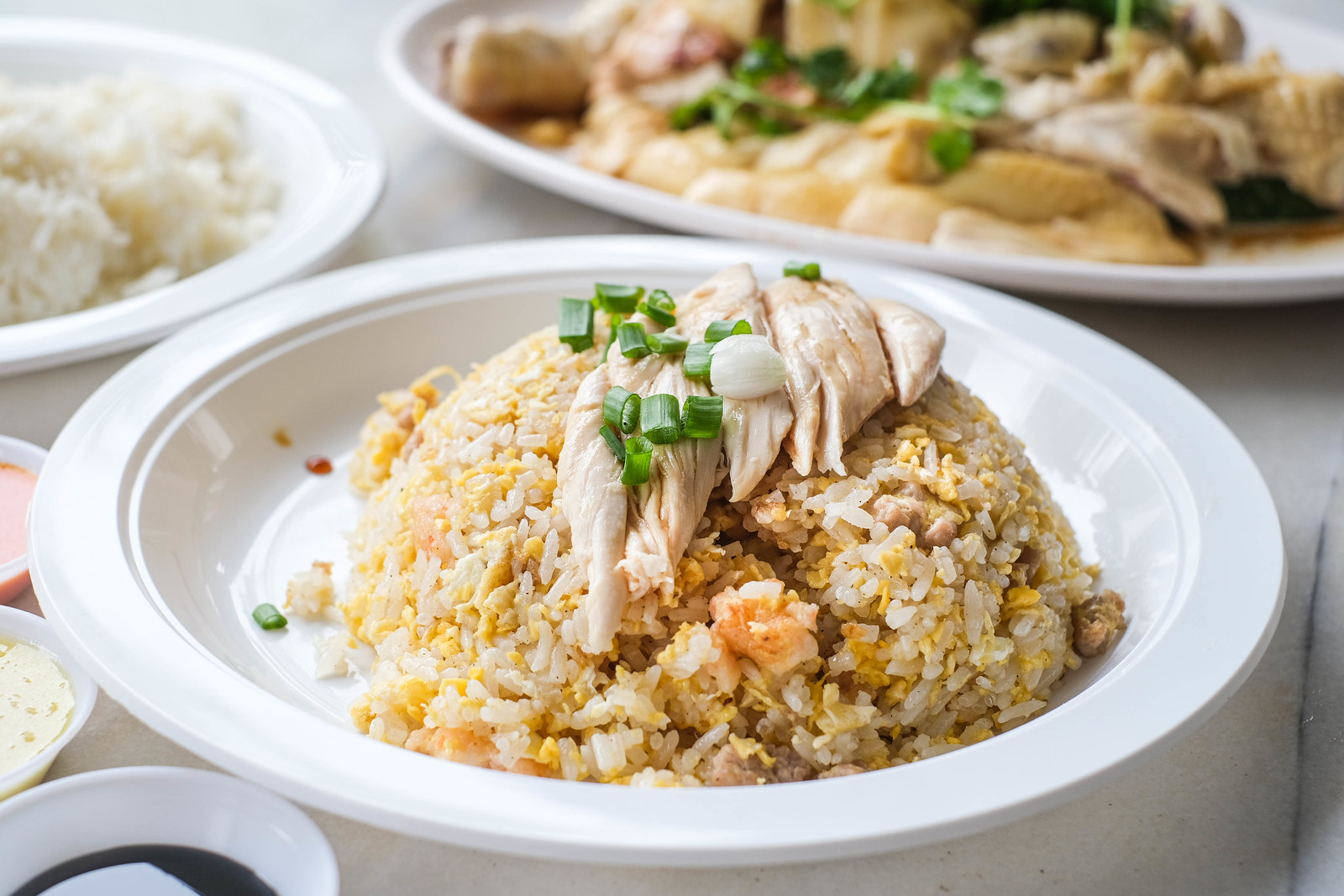 They also came up with a Special Chicken Fried Rice ($5) which is basically a plate of fried rice topped with chicken slices. The fried rice has a pleasant wok hei. If you are there for breakfast, you can also try their Shredded Chicken Porridge ($3). It looks like I have found a new favourite chicken rice stall. I will definitely be back!