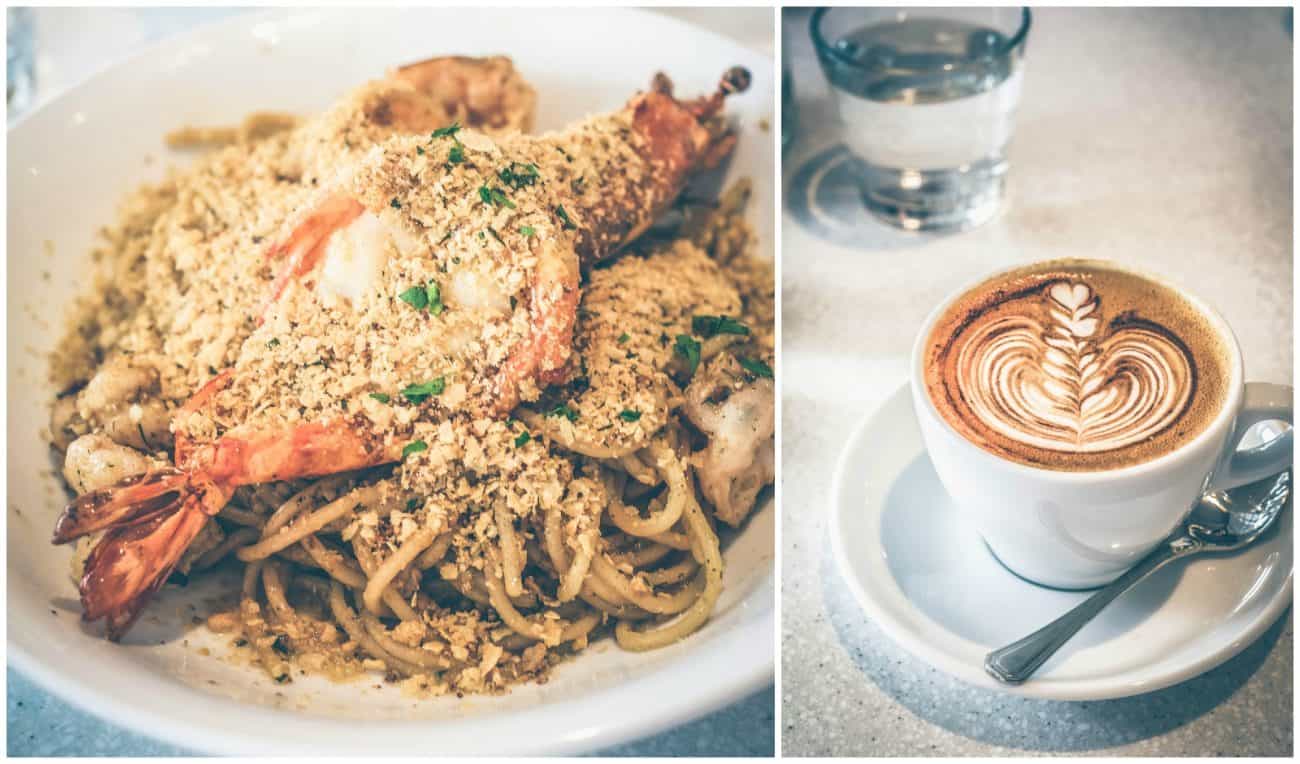 I was a huge fan of Assembly Coffee at Evans Road. So, I was, naturally, excited to know that Daphne, the owner, was opening Atlas Coffeehouse along Bukit Timah. Then came Lunar, then Columbus, and now, Apollo Coffee Bar. 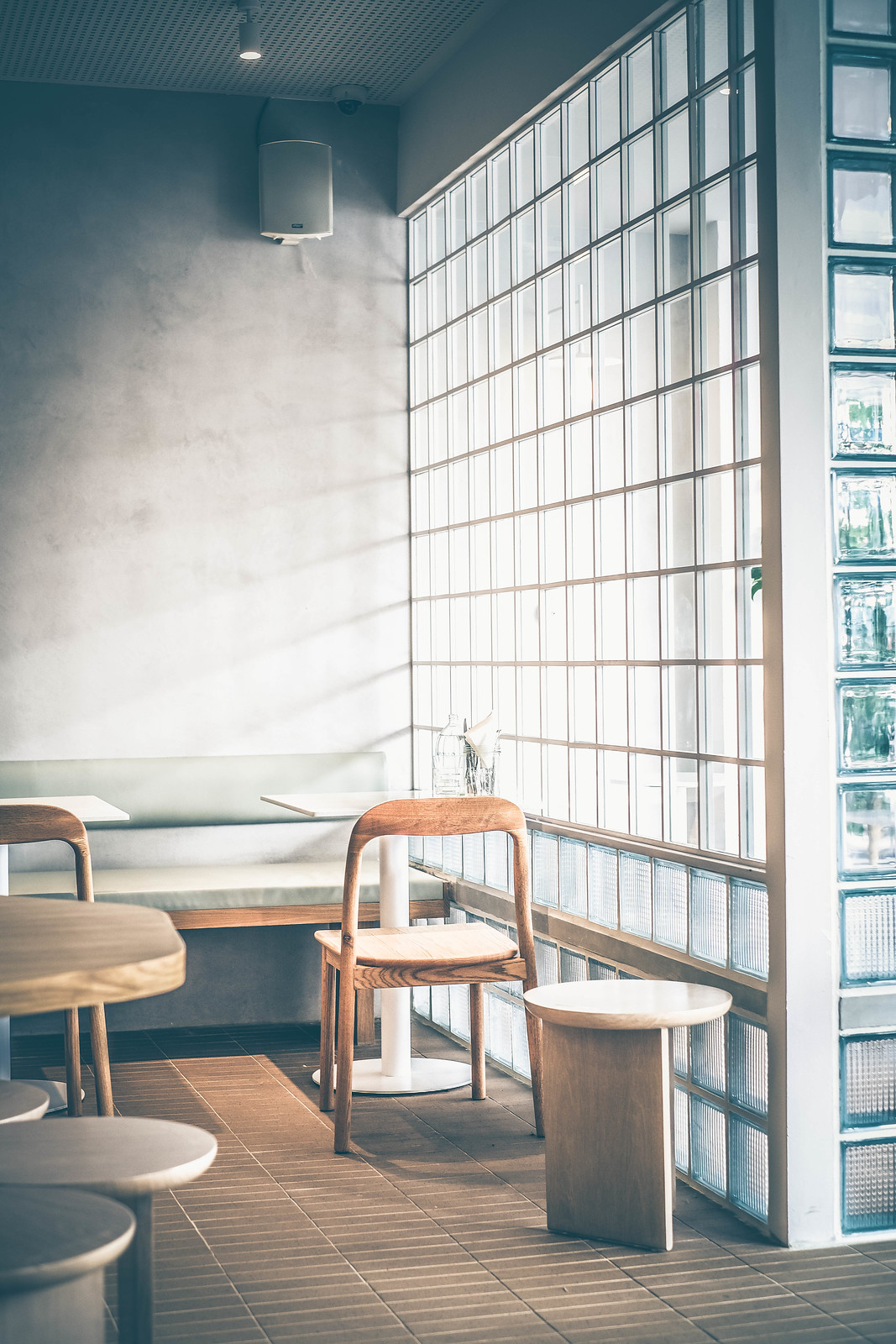 Occupying a prominent spot along Serangoon Garden Way, the eye-catching and spanking new Apollo is committed to brewing great coffee, and serving fresh nosh, just like its sister cafes.

Just a few days old, the cafe is already the hottest hangout spot in the North East. We popped by for lunch and the cafe was almost completely full. The two of us got a little greedy and ordered 3 large plates to share. 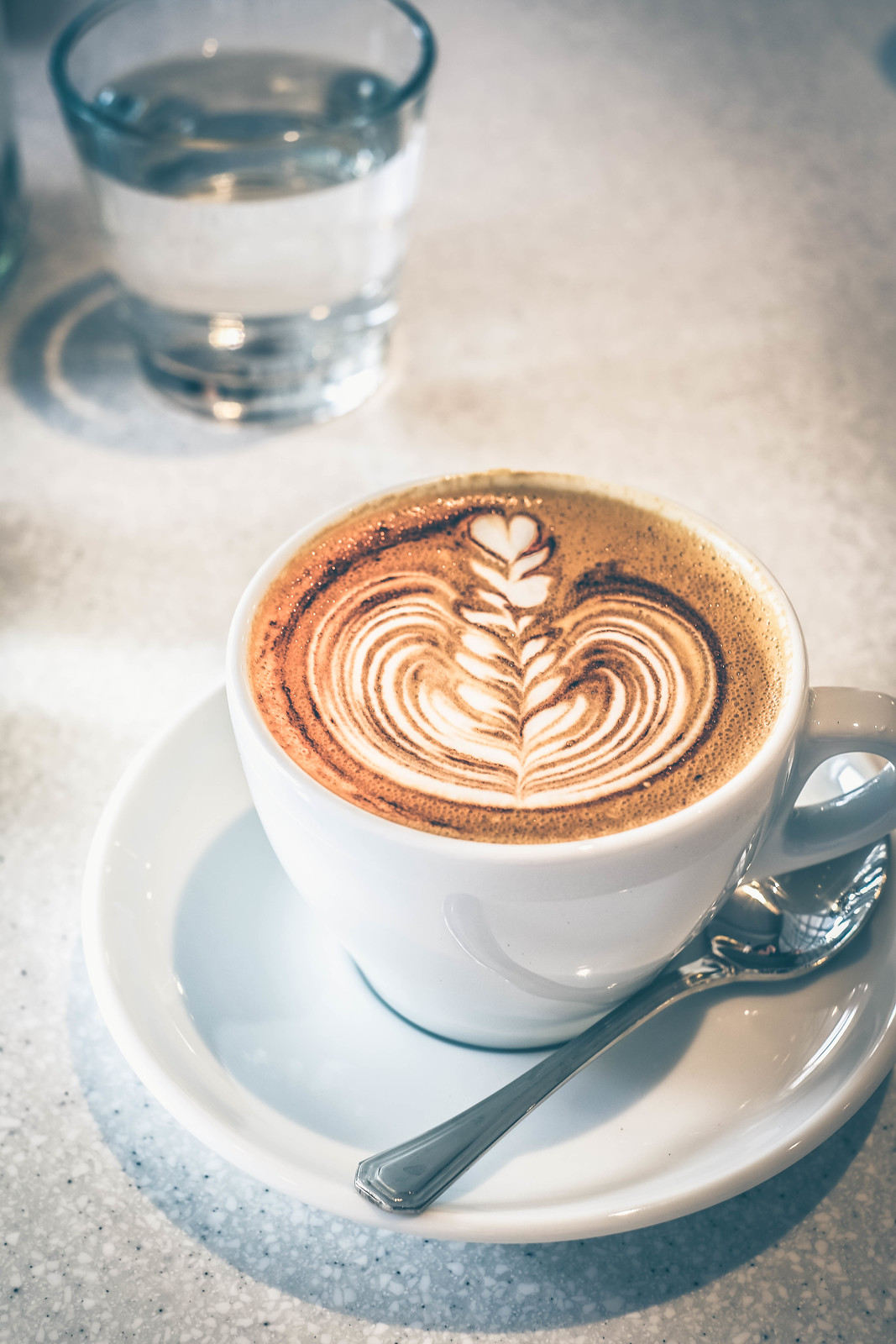 Of course, we started off with some coffee. 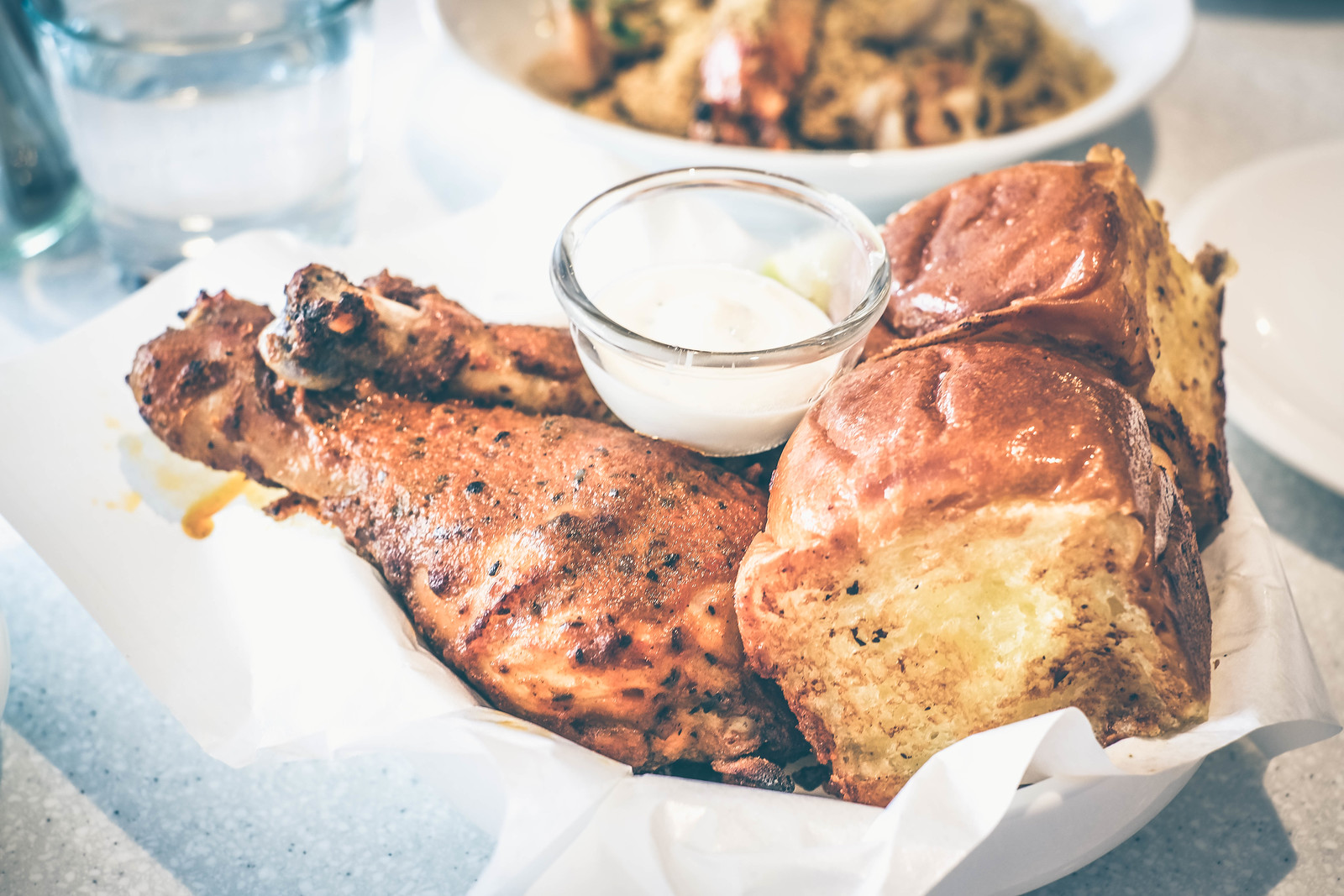 The Shishito Chilli Chicken($18) was the first to arrive. Expect 2 large juicy drumsticks slathered with a spicy sauce, 2 garlic potato buns, and a yogurt dip. I appreciated the meaty and tender drumsticks but felt that they were lacking a little in the taste department.

Sure, they were covered in a mildly spicy sauce but they probably could use a little more salt in my opinion. I really enjoyed the soft buns though! They were delish! And I thought that the cold yogurt dip lent a refreshing contrast to the spicy sauce. 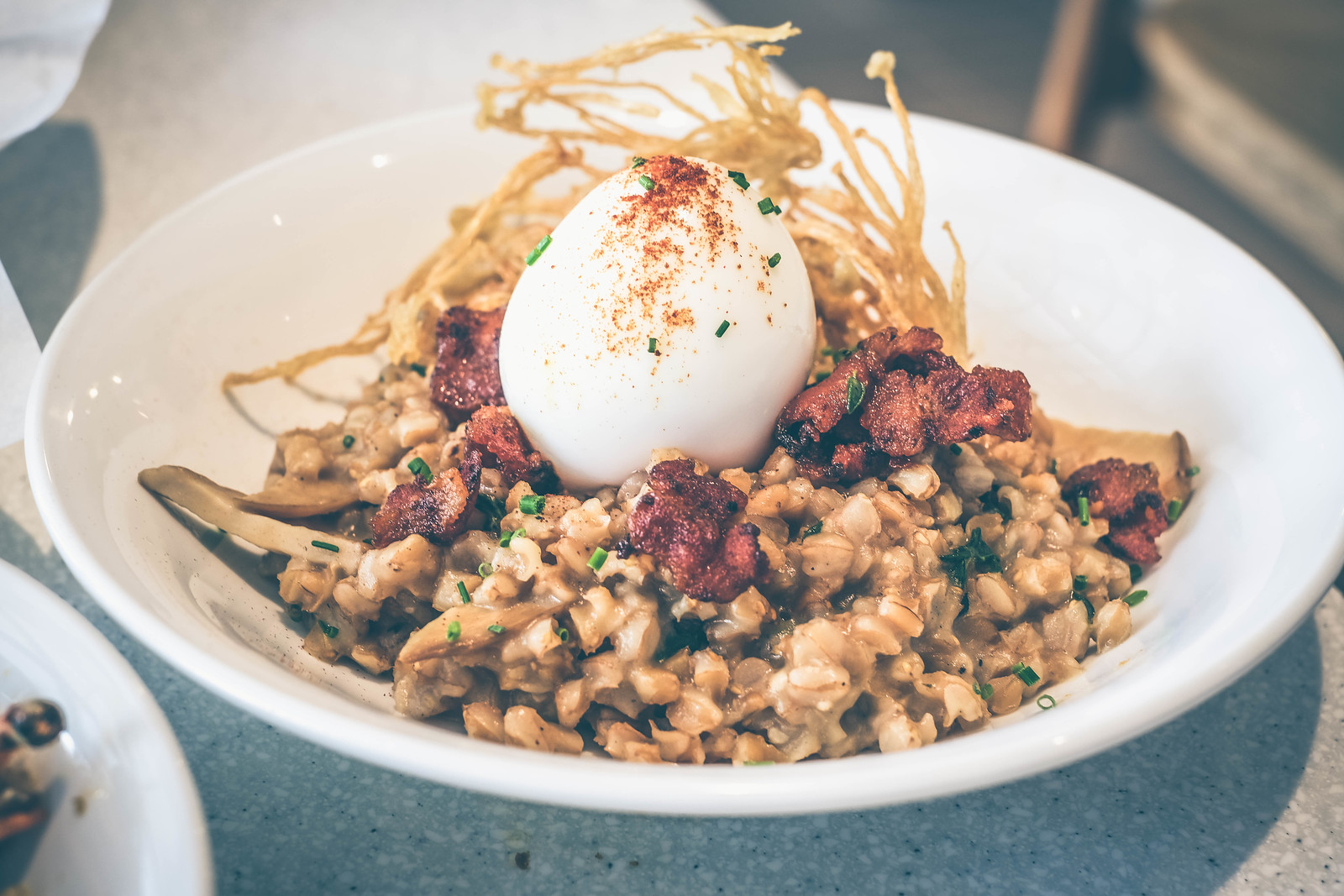 The Miso Bacon Mushroom Farro Risotto ($22) was my favourite dish of the lot at Apollo Coffee Bar. The risotto was not mushy, and the texture of the grains was just perfect. The earthy flavour of mushrooms was well complemented by the savouriness of the bacon. If only there was more fried enoki!

You May Also Like
Woody Family Cafe - Delicious Peranakan Food in Sembawang That's Worth the Trip!

The dish was completed with an egg, not the usual onsen egg, but a more cooked version. While it looked prettier than an onsen egg probably would have, I think that an onsen egg would have been a better addition(I love a runny egg yolk!).

Unsurprisingly, I found myself reaching for the hearty risotto repeatedly. It’s safe to say that I was hooked. 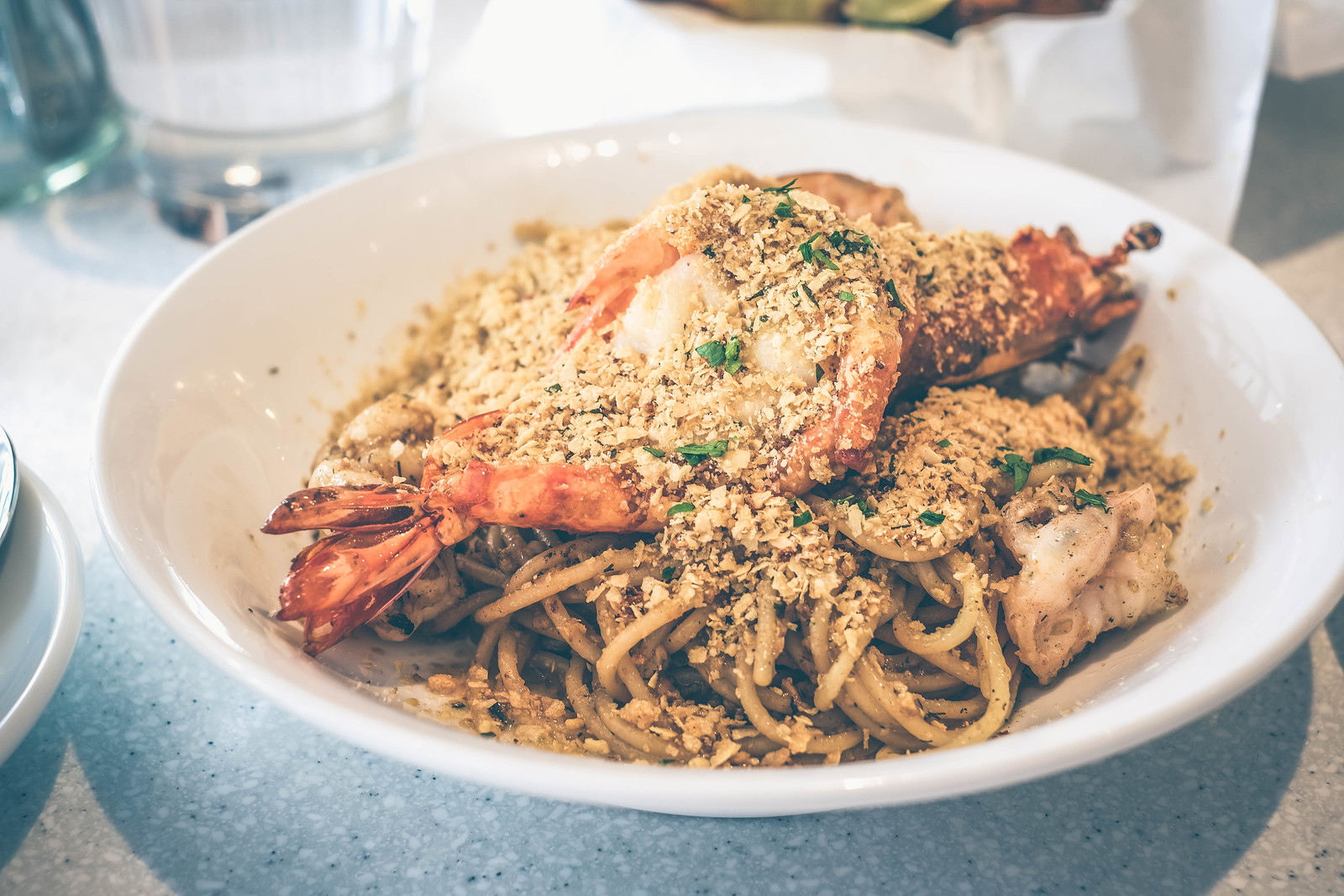 Inspired by our favourite tze char cereal prawns, of course, the Cereal Prawn Pasta($20) promises al dente spaghetti that’s lavishly topped with crisp cereal! We certainly had no complaints about the generous amount of prawns. It’s hard not to love this dish, especially if you’re a big fan of the tze char dish.

You May Also Like
Mellben Signature - Unbelievably Good Crab Beehoon & Other Seafood Delights!

Apollo Coffee Bar is somewhere that you’ll return to for brunch, or coffee, again and again — very much like Atlas, Lunar and Columbus. The team behind these 4 establishments is definitely on the right track to becoming the biggest and most popular cafe operator in Singapore.

Opening Hours: 9am to 10pm from Tuesday to Saturday. 9am to 7pm on Sunday