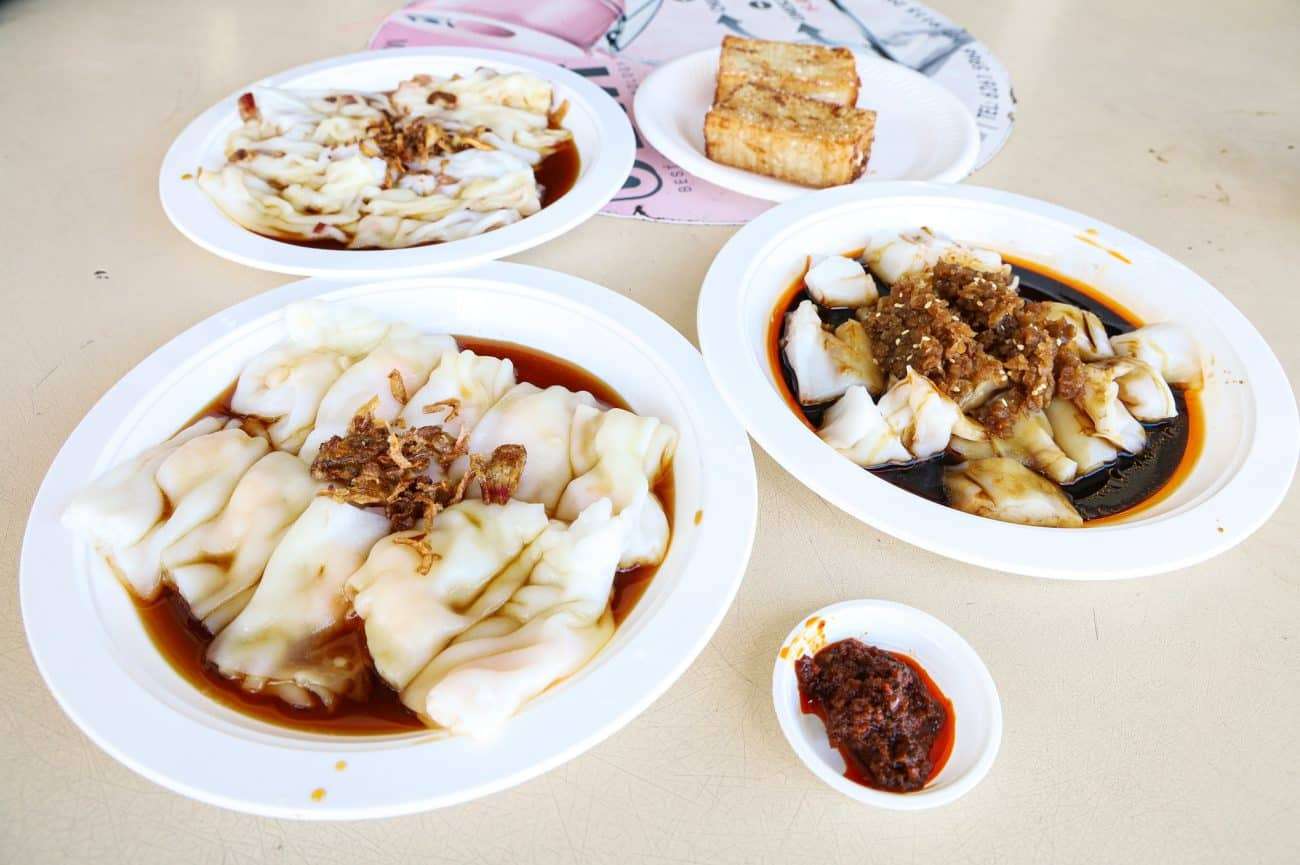 It’s not a joke when we say Singaporeans will queue for anything, rain or shine, especially when it comes to good food. And just like a typical Singaporean, there I was at an industrial coffee shop in Ang Mo Kio, waiting for over an hour to get my hands on my much-awaited plates of chee cheong fun from the stall that has garnered so much attention that lines can last up to three hours: Cheong Fan Paradise. 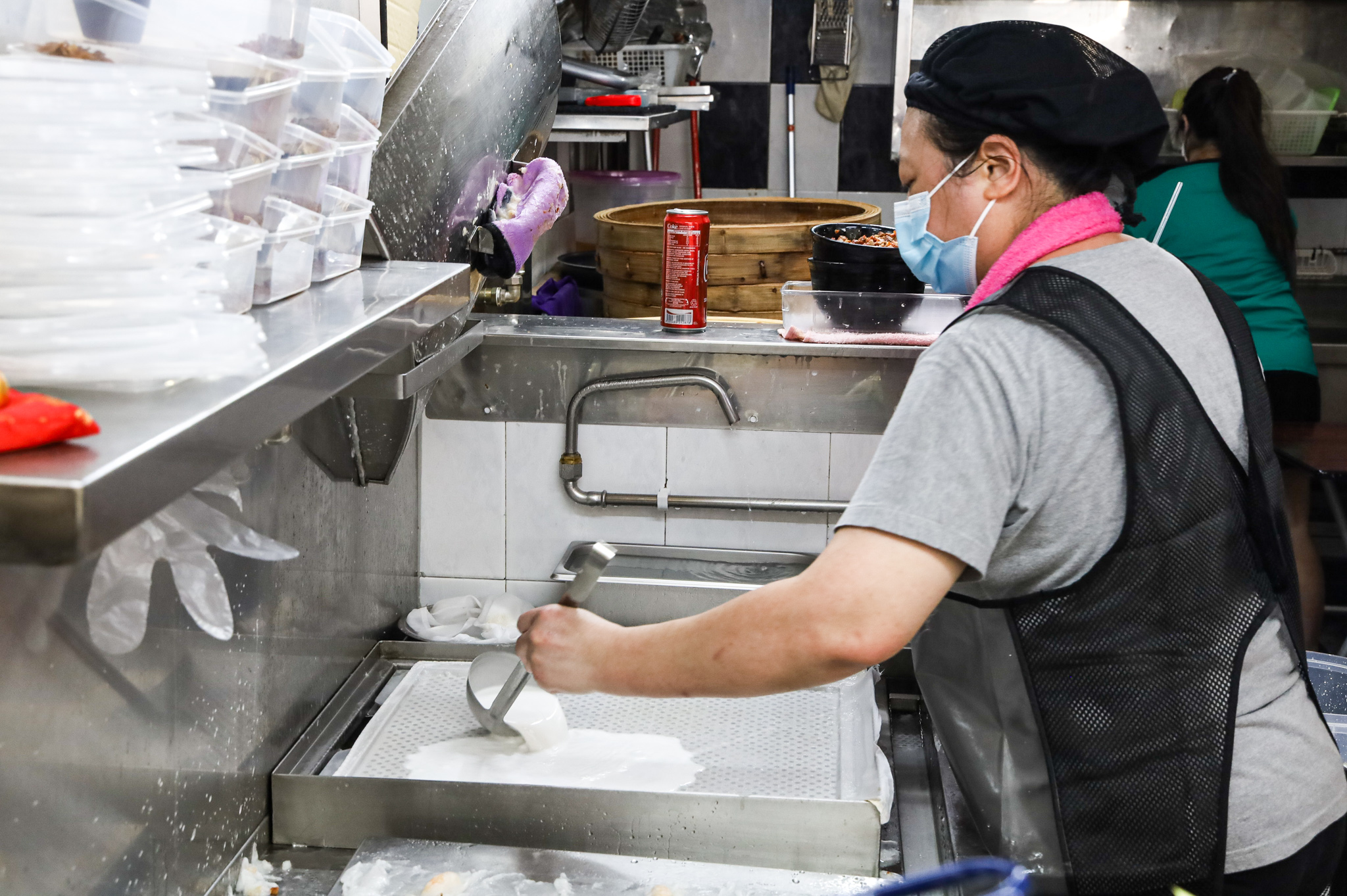 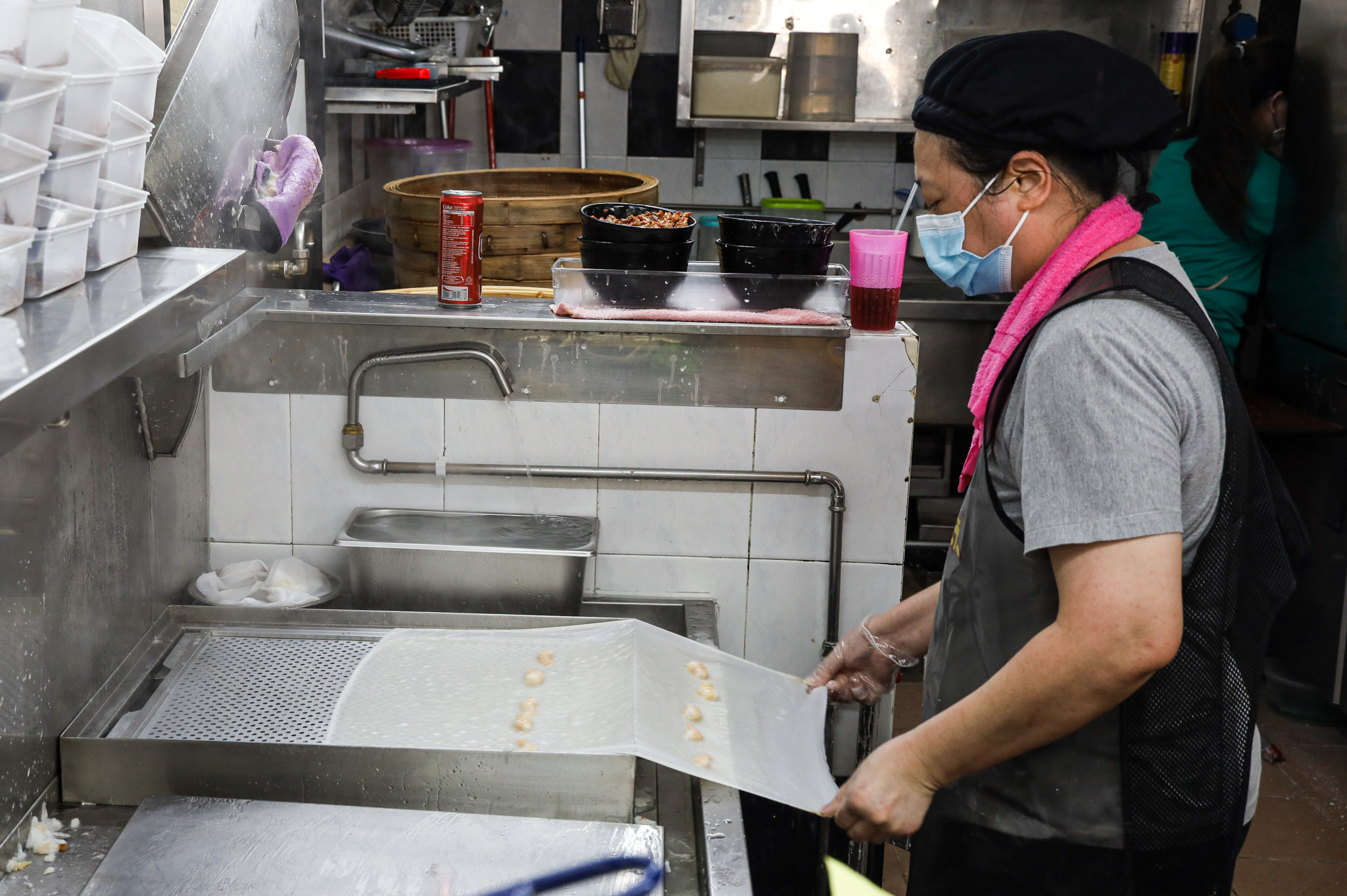 An ex-dim sum chef from Shangri-La’s Shang Palace, Chef Kerene Cheng can be seen bustling around in the kitchen and personally making multiple orders of handmade chee cheong fun from scratch. Each batch takes about five minutes to make — from dishing out spoonfuls of batter for steaming to adding in ingredients midway through and deftly rolling them up. 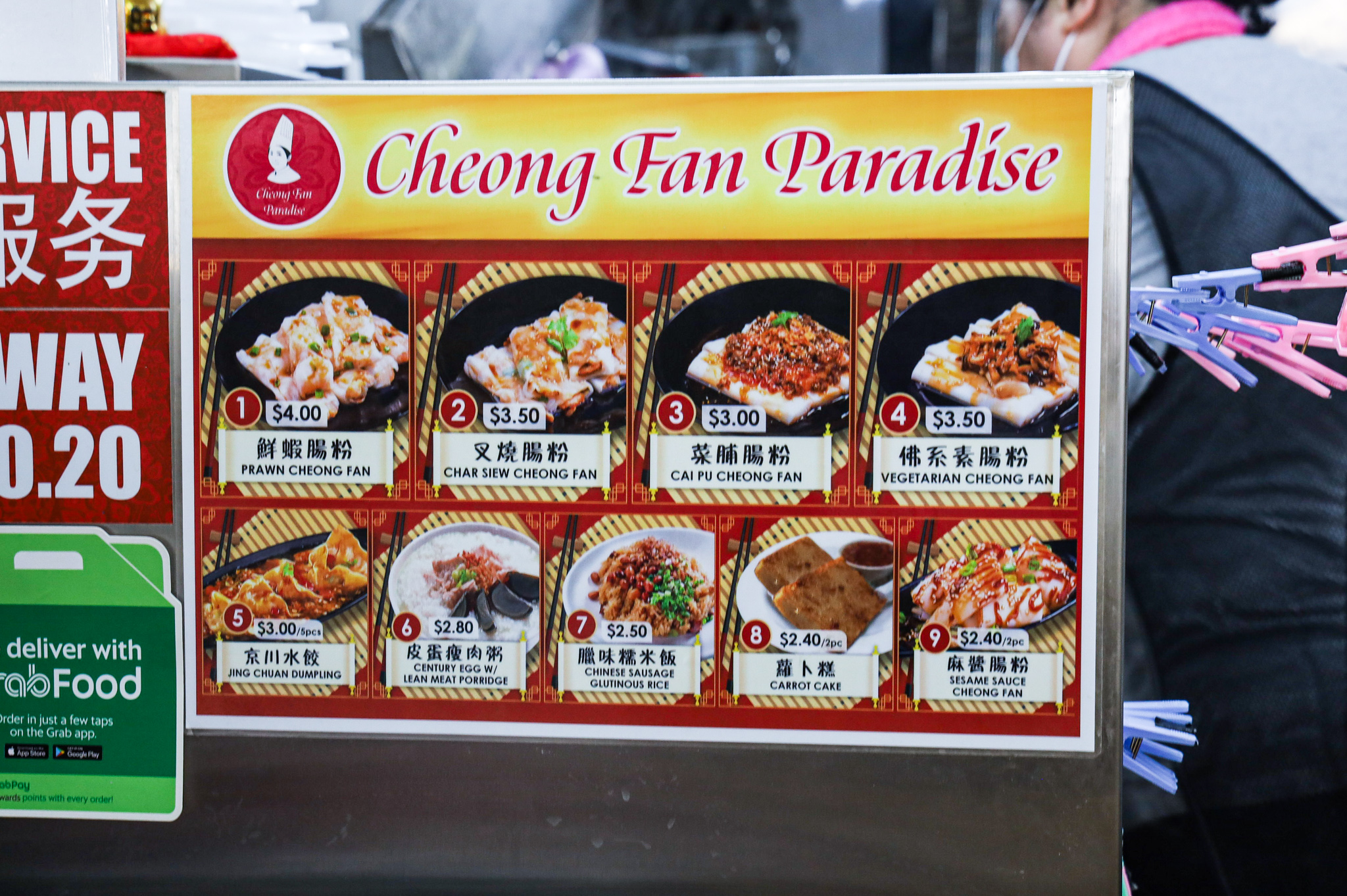 Besides different variations of chee cheong fun such as Sesame Sauce ($2.40) and Vegetarian ($3.50), there are also a number of traditional Cantonese options such as Century Egg with Lean Meat Porridge ($2.80) and Chinese Sausage Glutinous Rice ($2.50). I was initially gunning for the Jing Chuan Dumplings ($3 for five pieces) too but sadly, they were all out.

I was told that the handmade chee cheong fun would take an extra 45 minutes to prepare on top of all the other orders that came before me. On the bright side, I was given a buzzer so at least I could grab a seat for myself and my growling stomach. Even as I was waiting for my food, the line never stopped growing. 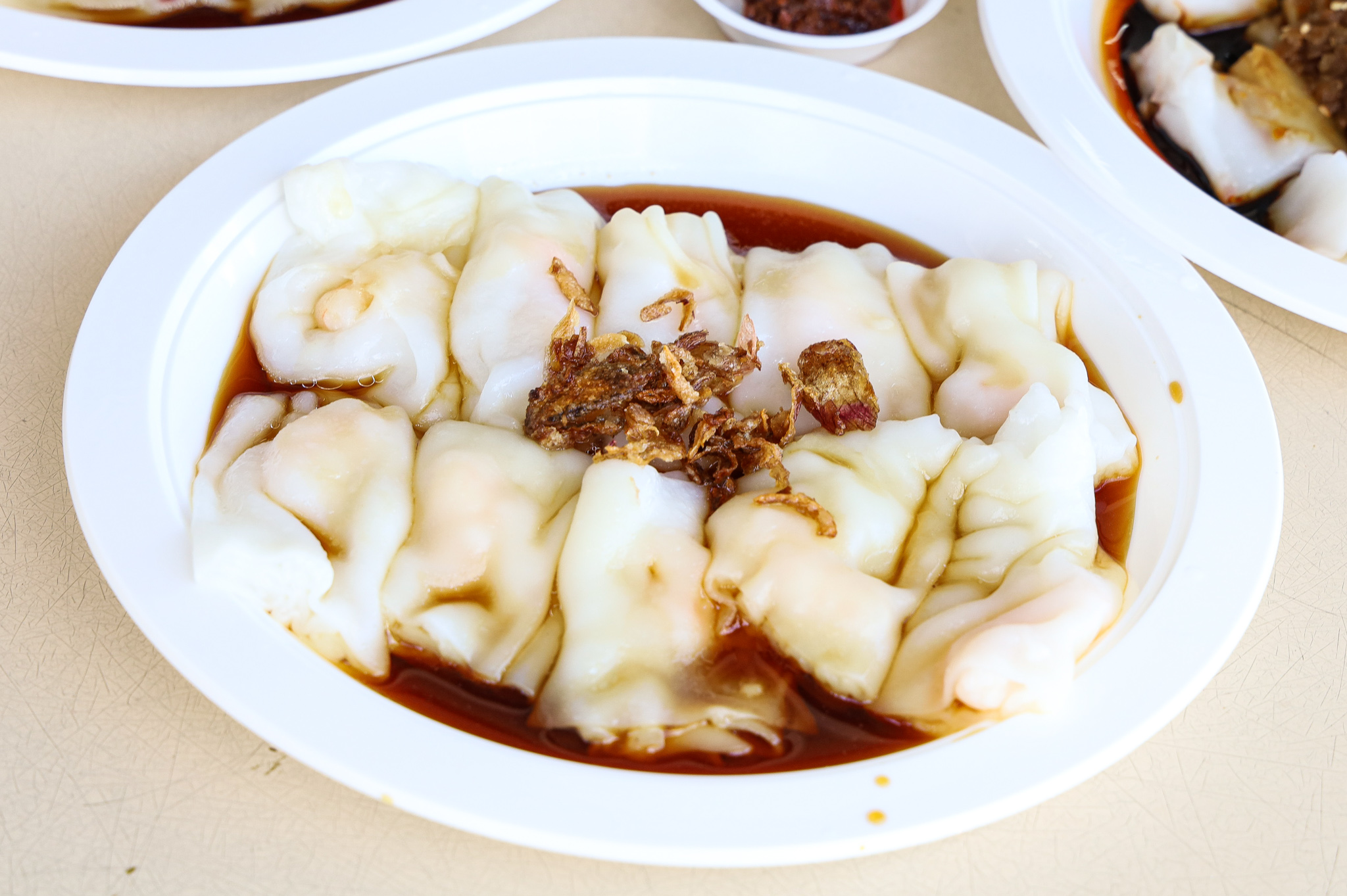 Once the wait was over, the first plate I made a beeline for was the Prawn Chee Cheong Fun ($4). I’ve always preferred the savoury Hong-Kong style ones and this one didn’t disappoint. The silky-smooth rice rolls, which were stuffed with fresh, meaty prawns before being topped with fried shallots, had beautifully soaked up the sauce. 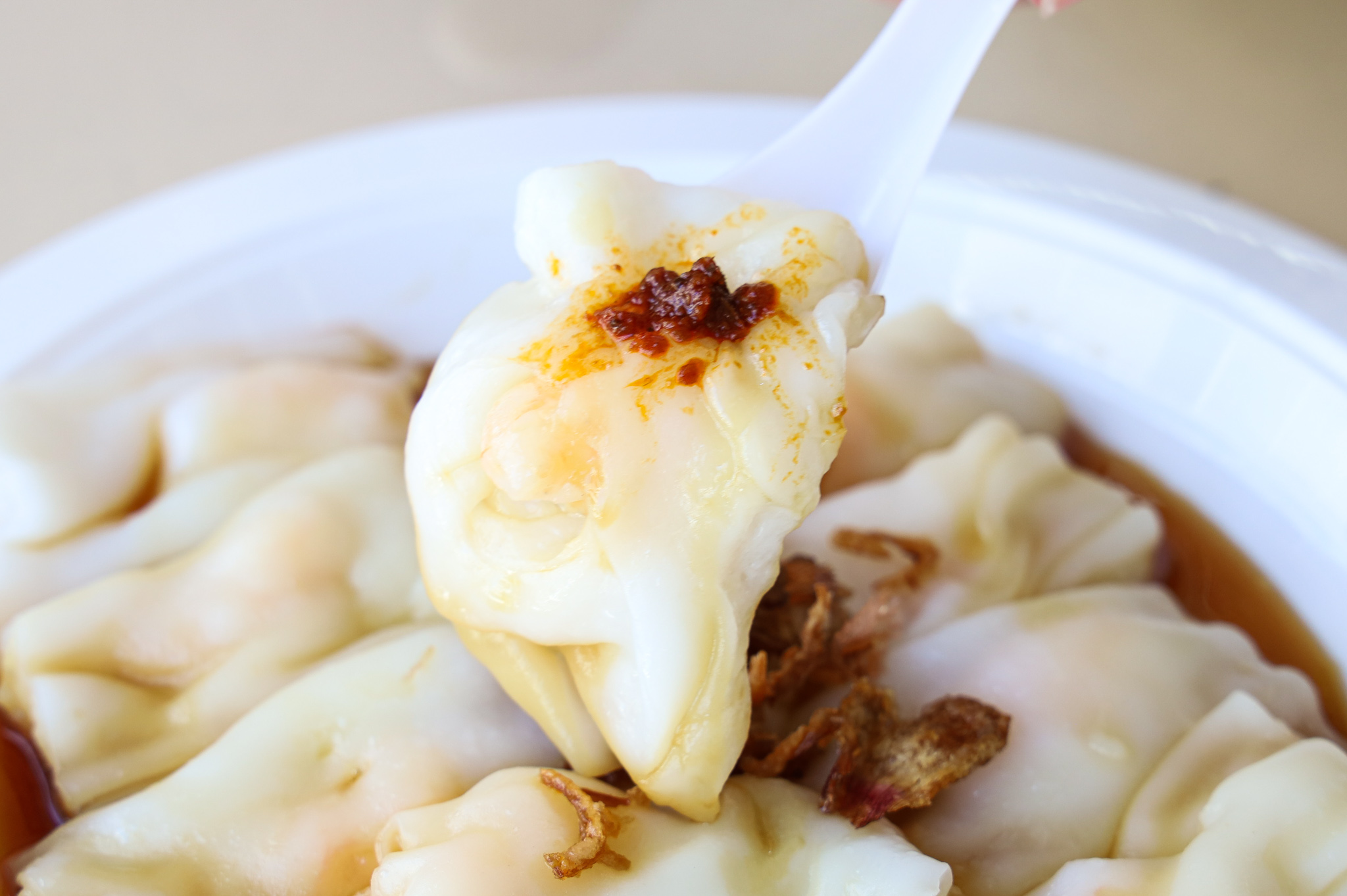 This was really satisfying to eat because the prawns were of a substantial size which gave the chee cheong fun a good bite. It got even better I added on some of their housemade belachan chilli, giving it a delightful sweet-spicy kick. 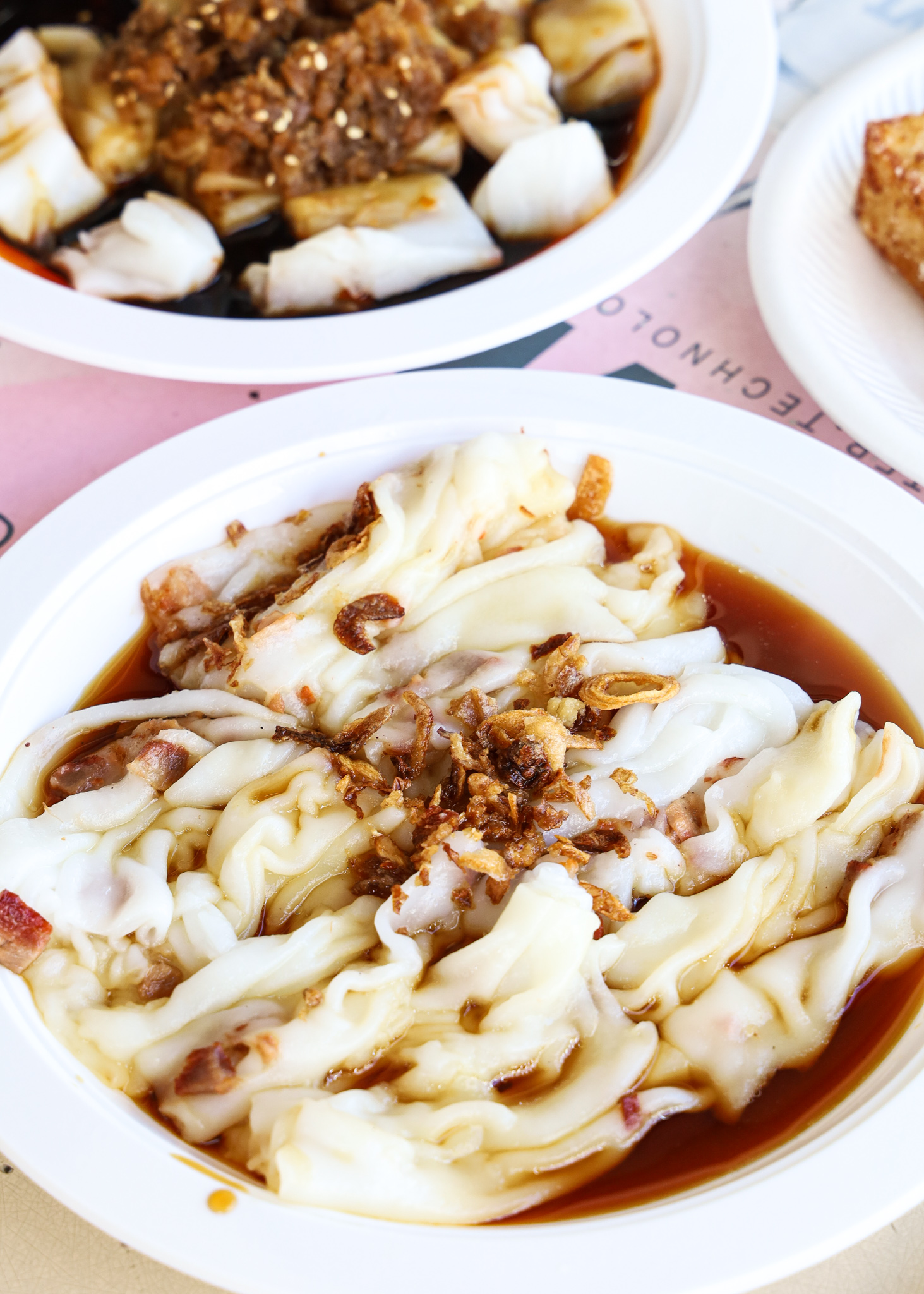 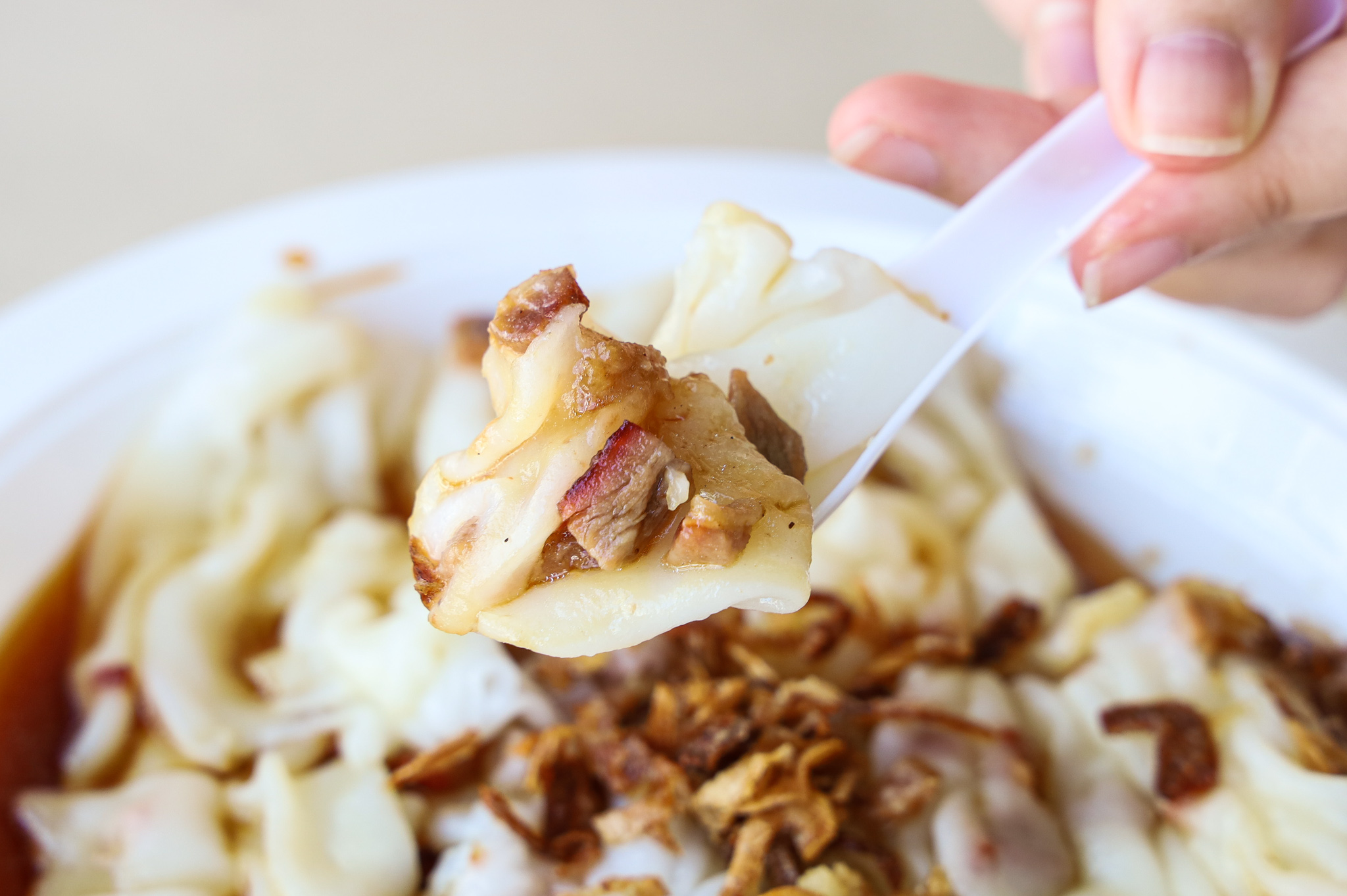 Next up was the Char Siew Chee Cheong Fun ($3.50). While the rice rolls themselves were just as good, the little bits of char siew paled in comparison with the sizable prawns. 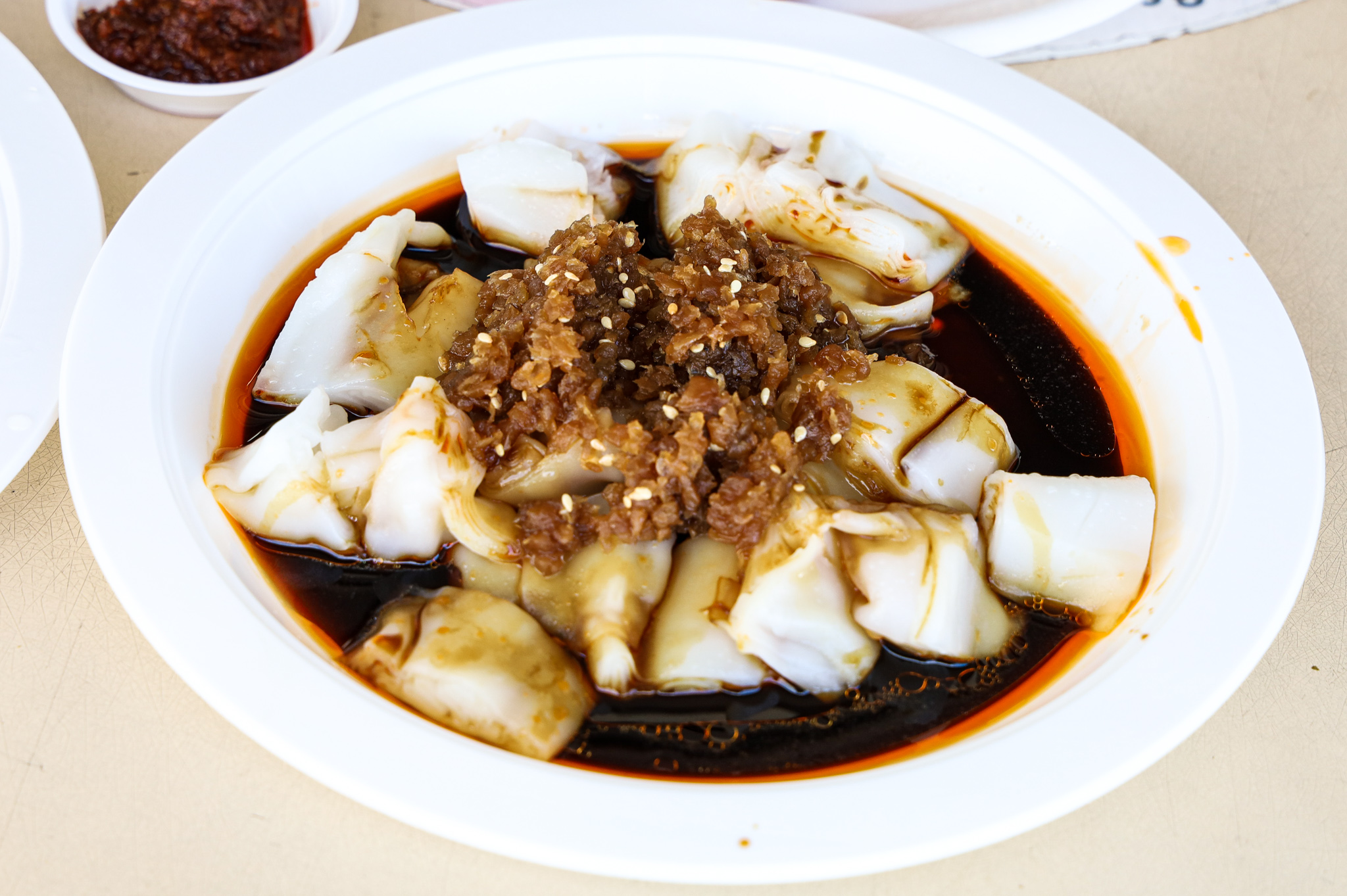 The Cai Pu Chee Cheong Fun ($3) caught my eye when I was deciding on my order. If chwee kueh and the Singaporean-style chee cheong fun had a love child, this is it. 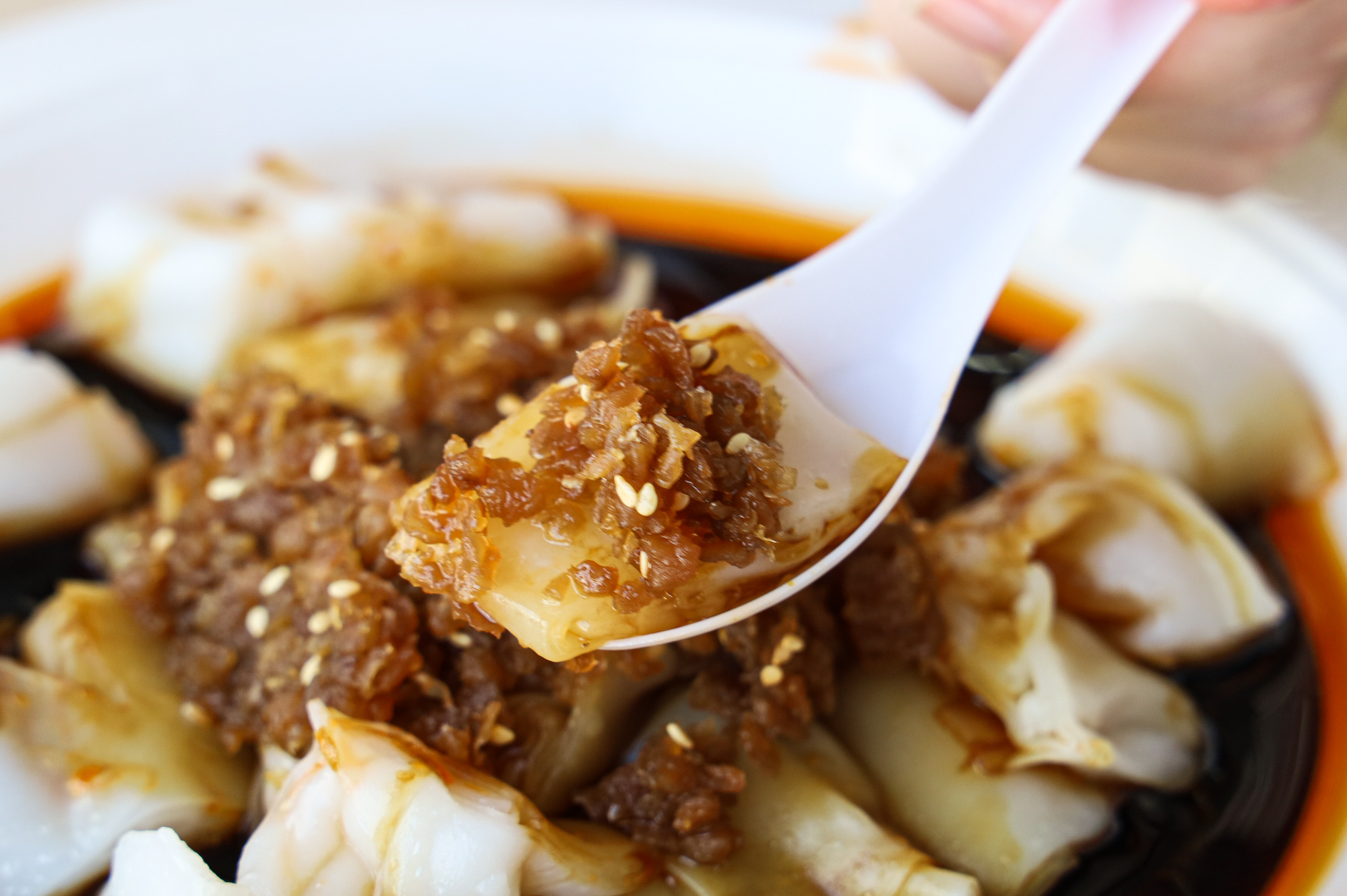 The rice rolls for this dish were factory-made instead (which means a shorter wait time) so it was slightly firmer than the handmade version. Nevertheless, the chunkiness of the soft rolls made for a good bite, and the rolls paired well with the chye poh (preserved radish). The sweet, dark sauce was mixed with chilli oil, making this dish a fantastic harmony of savoury, sweet and spicy notes. 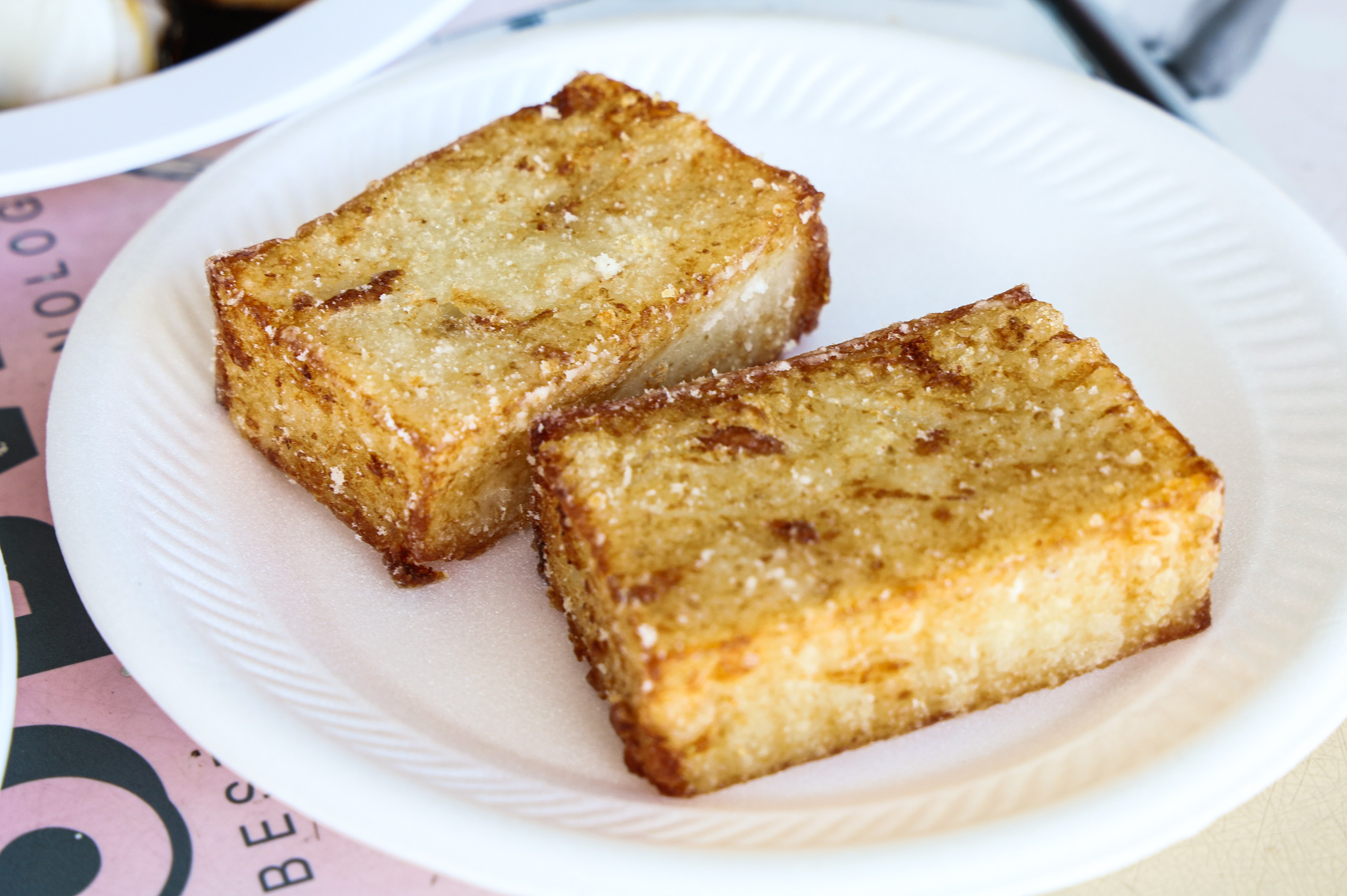 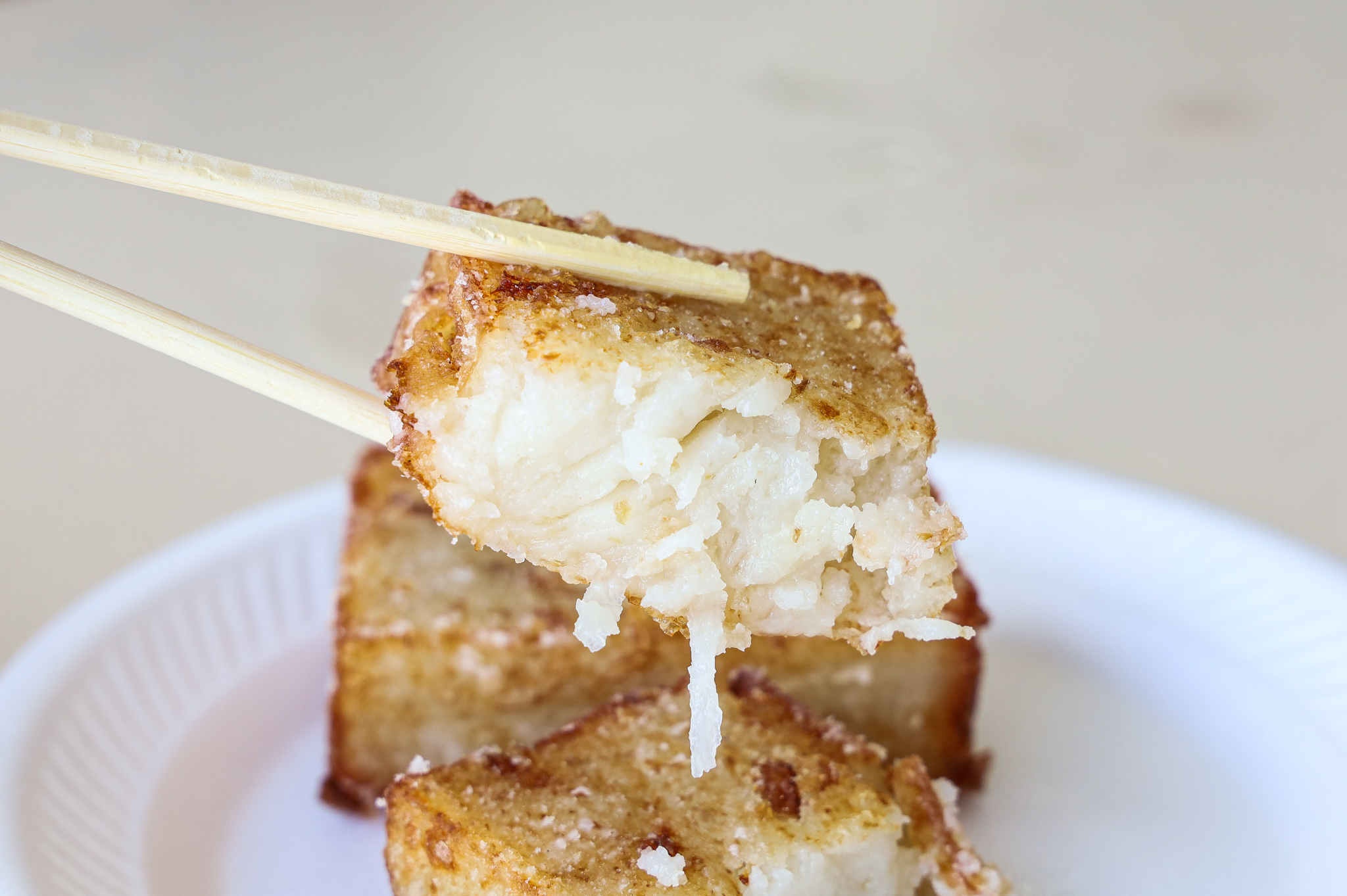 I had decided to get the Carrot Cake ($2.40) as well. Mine came fresh from the fryer and was piping hot to the touch. The exterior of the carrot cake gave off a satisfying crunch before giving way to soft radish cake within. 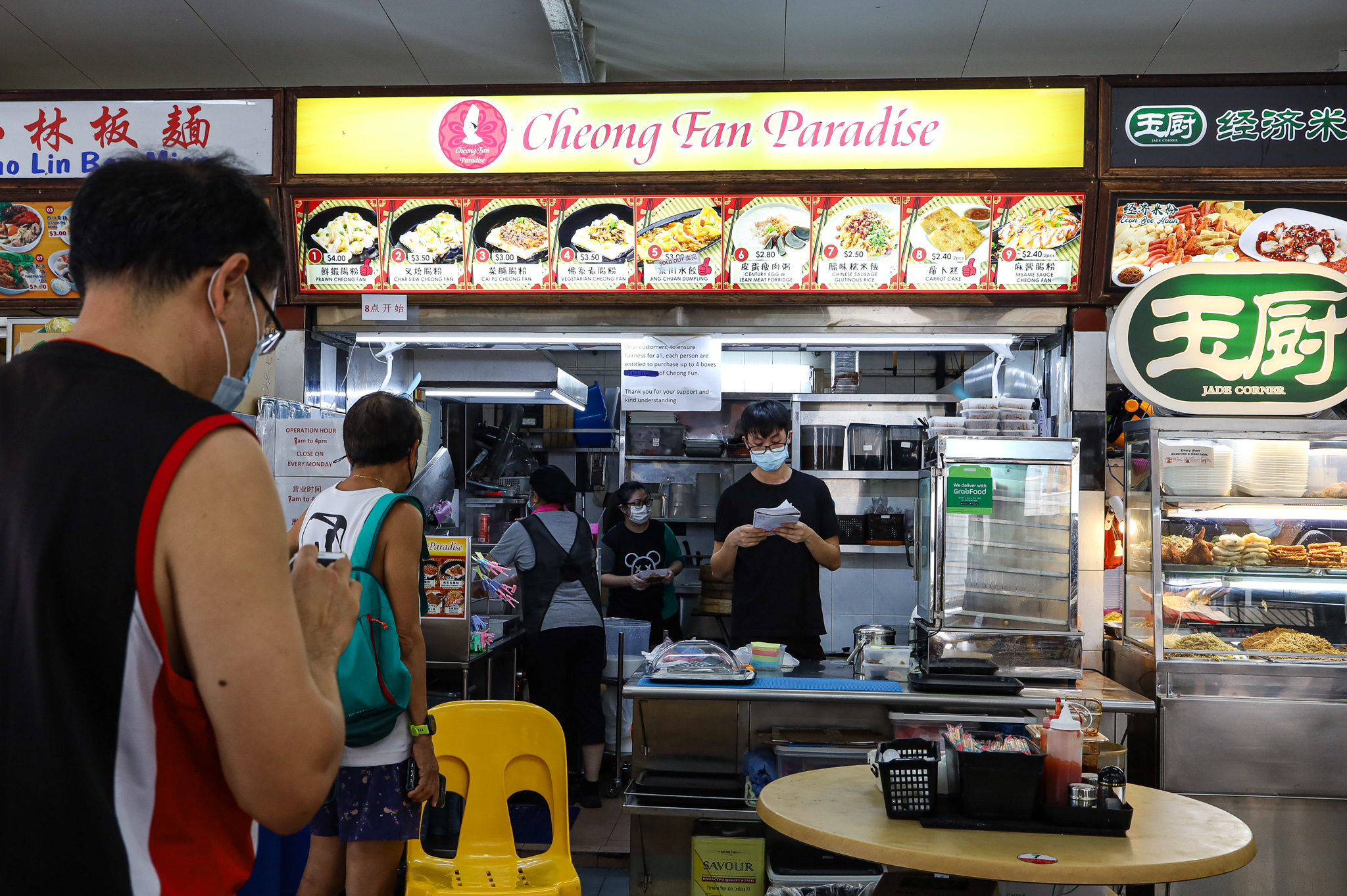 Now comes the big question: is Cheong Fan Paradise worth the hour-long queue? My verdict is if it does keep to an hour, I actually wouldn’t mind. It’s the three-hour long lines that will have me giving it a pass but the stall recently stated that customers are only limited to four rolls of chee cheong fun per purchase so that could be the reason why the wait time had shortened.

All in all, the chee cheong fun here get a thumbs up from me, especially the Prawn and Cai Pu Chee Cheong Fun!

Opening Hours: 8am to 4pm daily.

Let’s build a food community that helps to update the food news in Singapore! Simply comment below if there’s any changes or additional info to Cheong Fan Paradise. We will verify and update from our side. Thanks in advance!