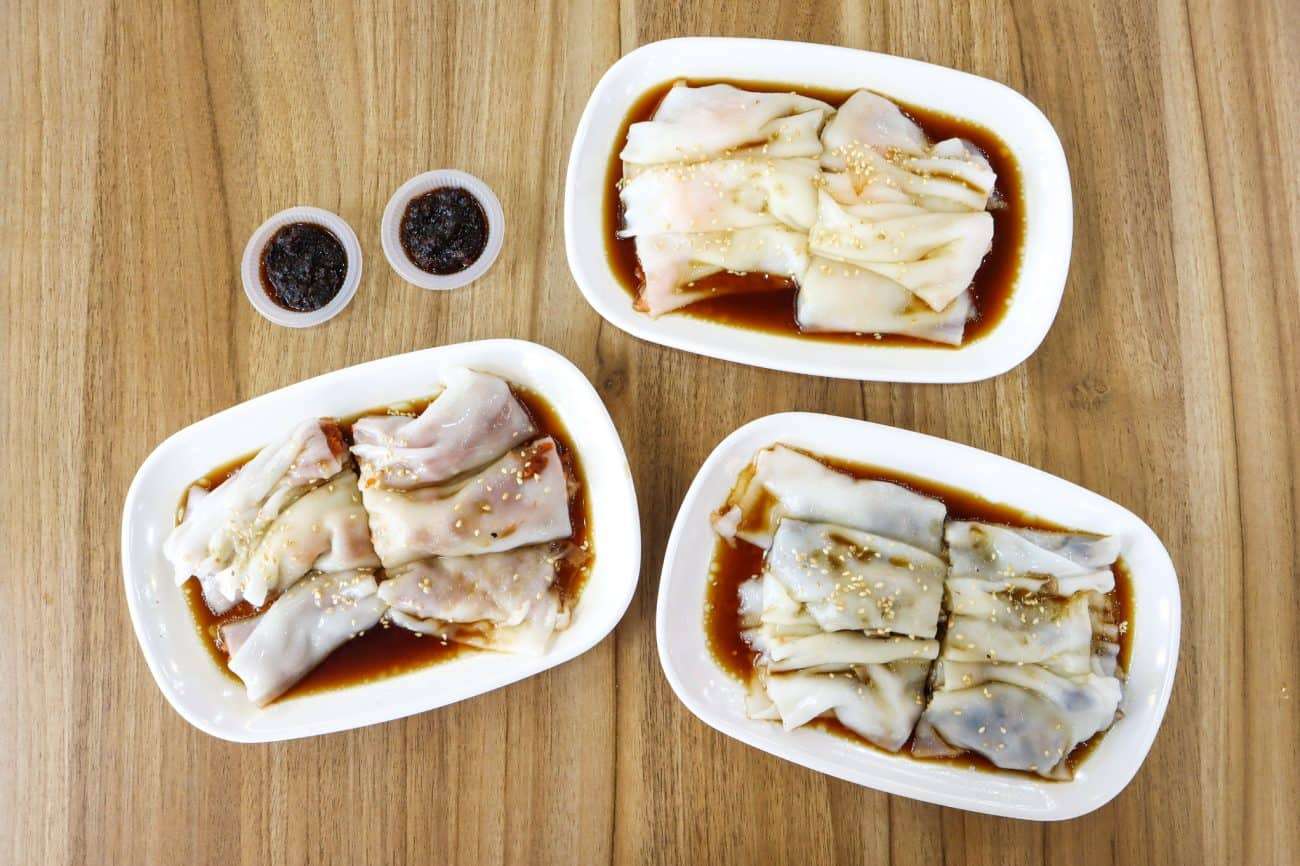 It doesn’t take long for news to circulate in Singapore, especially when it comes to good food — which is why Chef Wei HK Cheong Fun sees continuous long lines despite having been open for only a week. At the helm is Chef Thoo Chang Wei, a former Peach Garden chef with more than a decade’s experience under his belt. 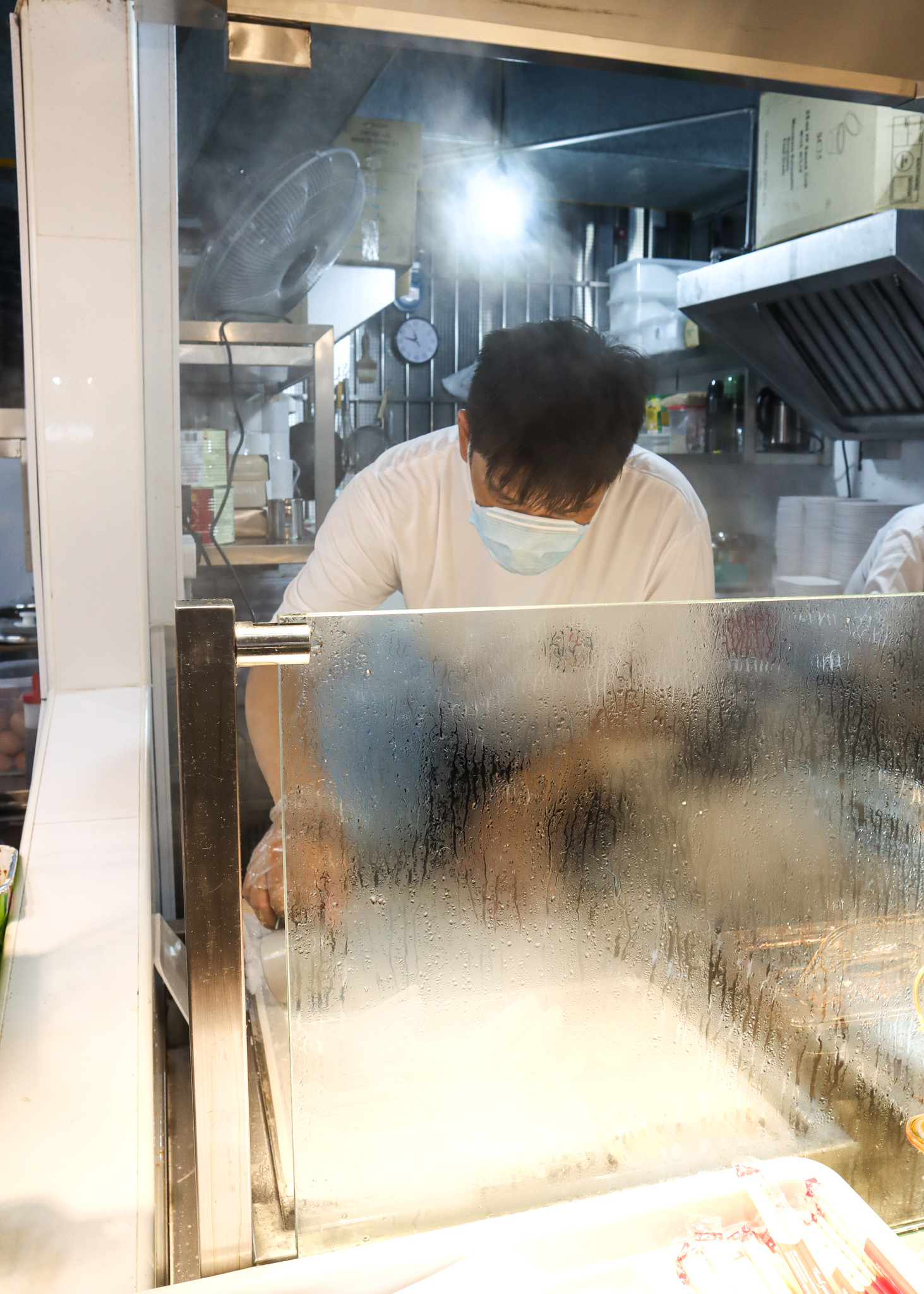 Hailing from Malaysia, chee cheong fun has always been one of chef’s favourite dishes since boyhood so it’s no surprise to learn that he had spent most of his culinary journey honing his skills at creating his ideal chee cheong fun. Chef Chang Wei personally handles the creation of the rice rolls, consistently spooning out batter without breaking a sweat. 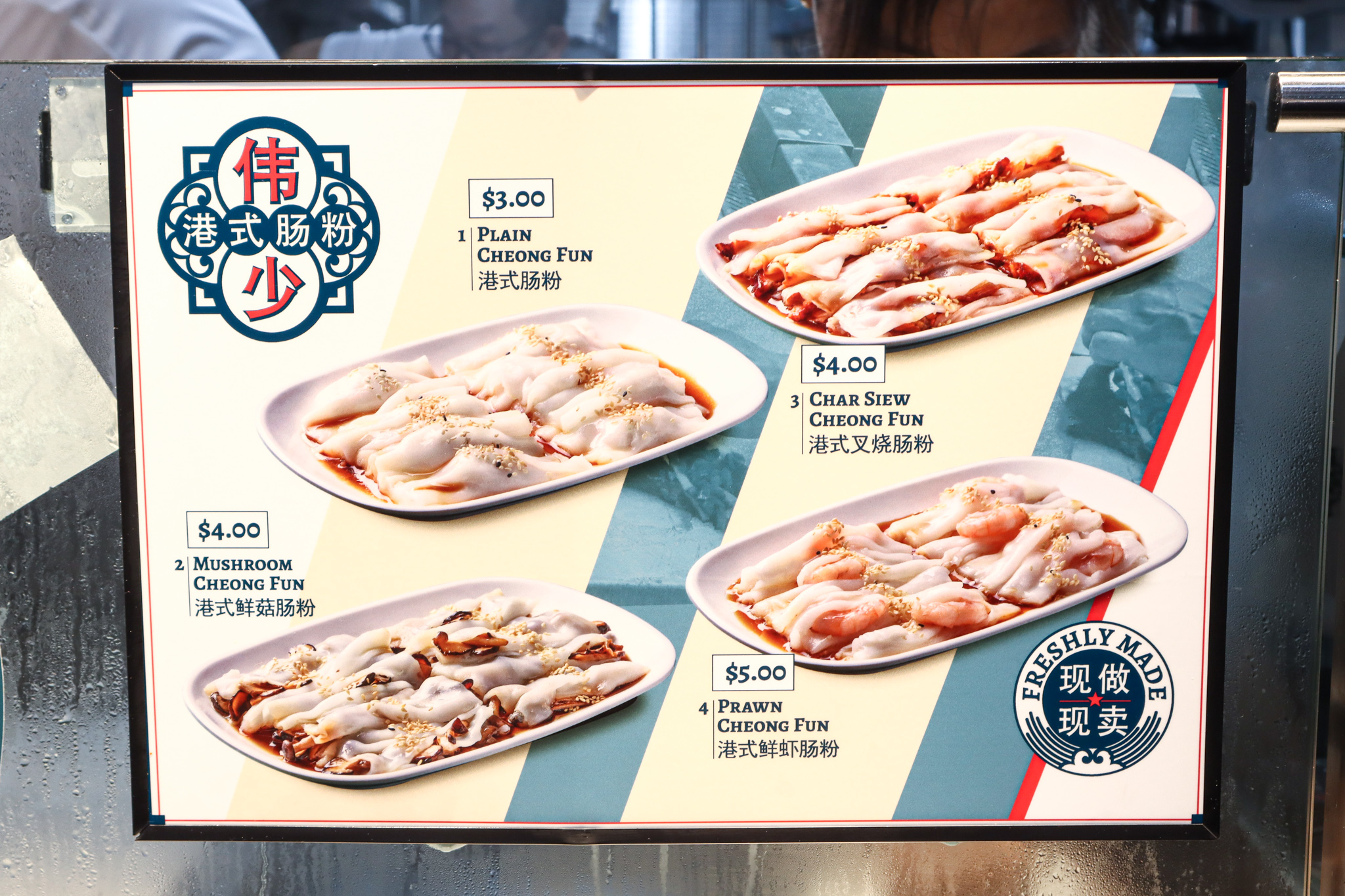 The stall specialises in four different types of chee cheong fun: Plain ($3), Char Siew ($4), Prawn ($5) and a not-so-common Mushroom ($4) rendition. Every dish is made-to-order and while I did spend a fairly lengthy time in the queue (clocked in an hour but then again, it was already 11am), my number was called about 20 minutes after I placed my order. 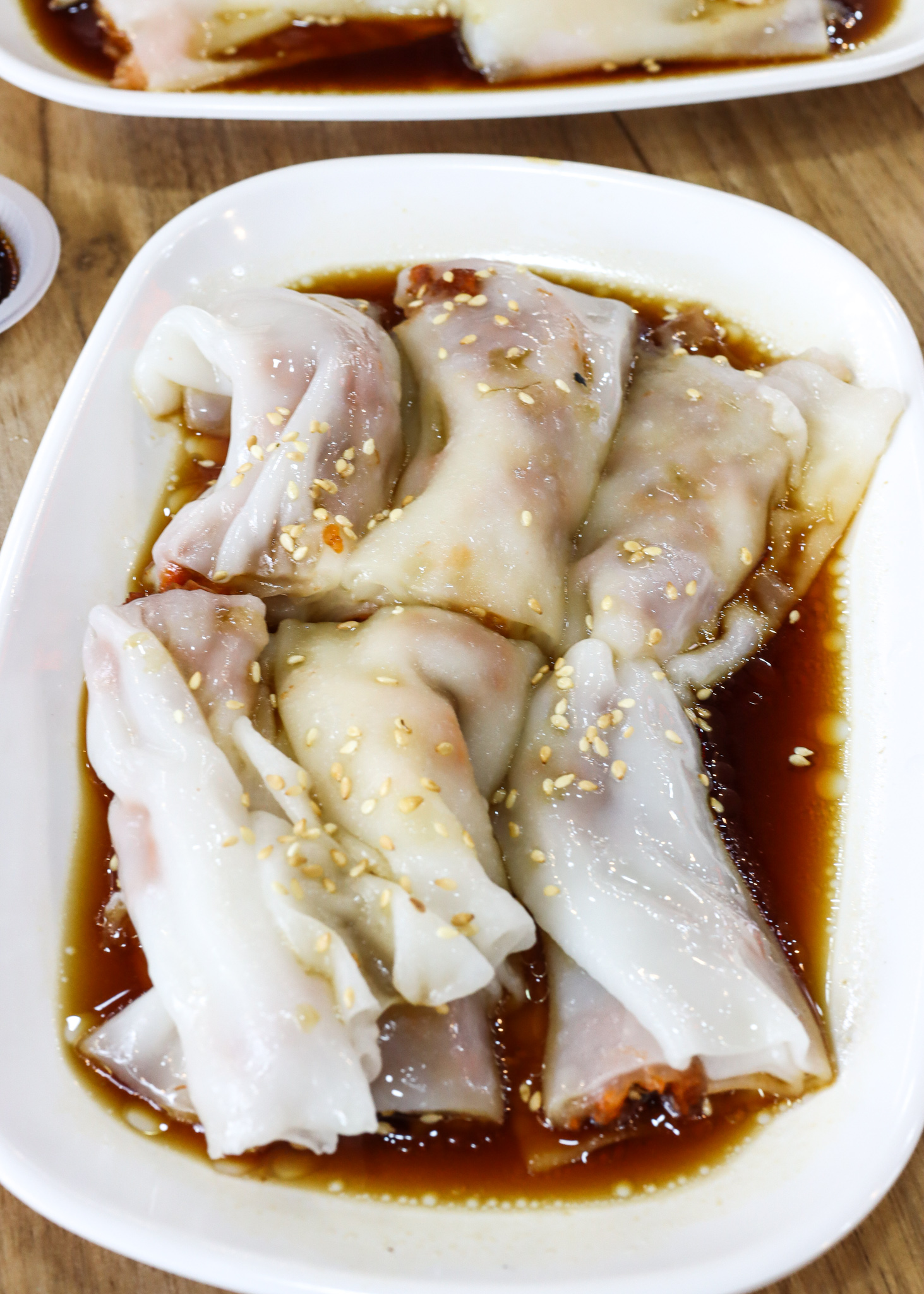 The Char Siew Chee Cheong Fun had a healthy amount of meat that was pleasantly sweet. I would have preferred the meat to have a bit more of a smoky flavour. It did go excellently with the chewy rice rolls, which is made with four different types of flour — potato, chestnut, tapioca and wheat starch, though. The rolls have been perfected after countless trial-and-error processes. 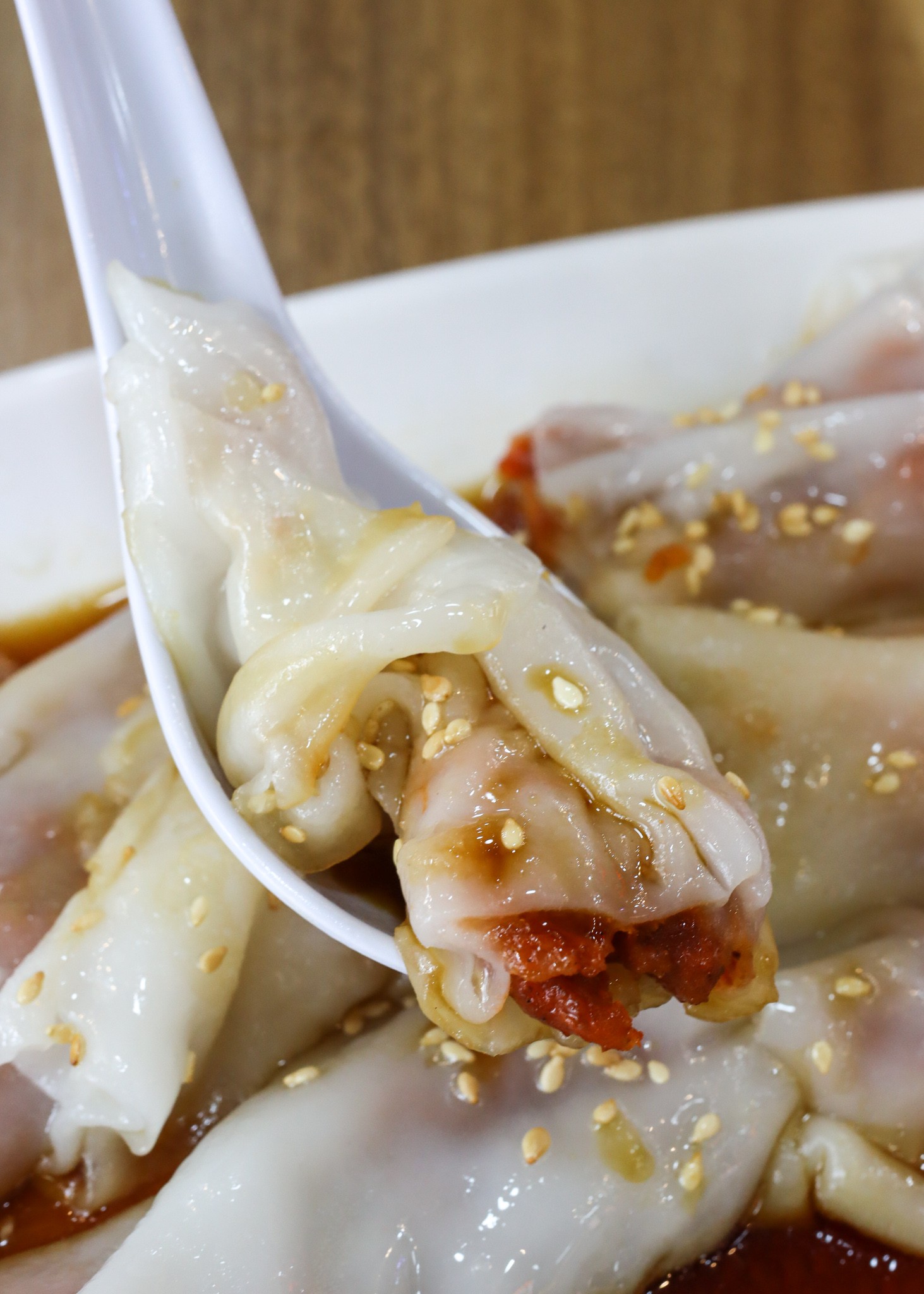 The savoury sauce was a tad sweeter than what I’m used to, but that didn’t stop me from eagerly slurping it up with the chee cheong fun. This version seems to be a cross between Hong Kong and Singapore-style chee cheong fun so you decide if it’s up your alley! 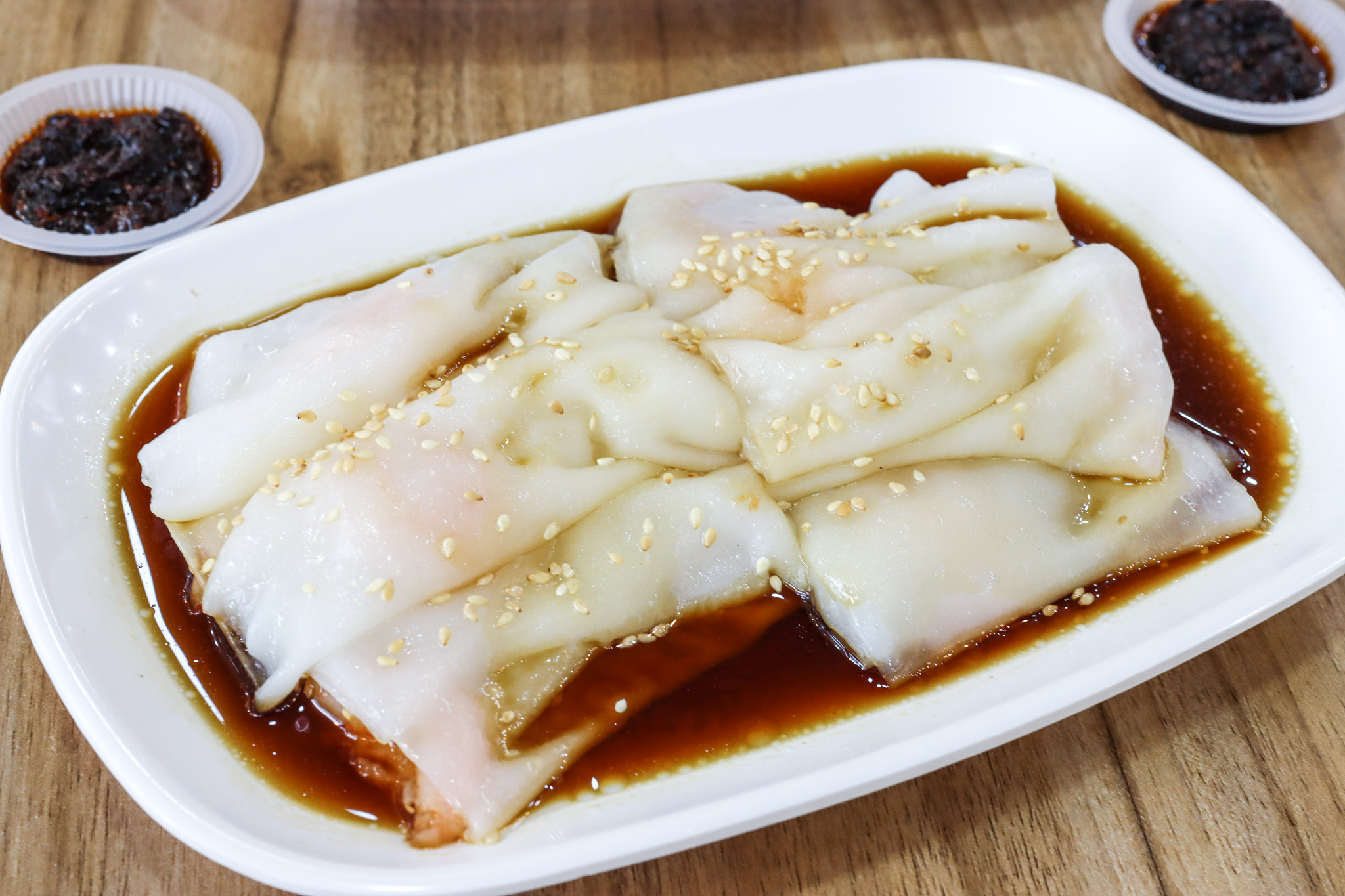 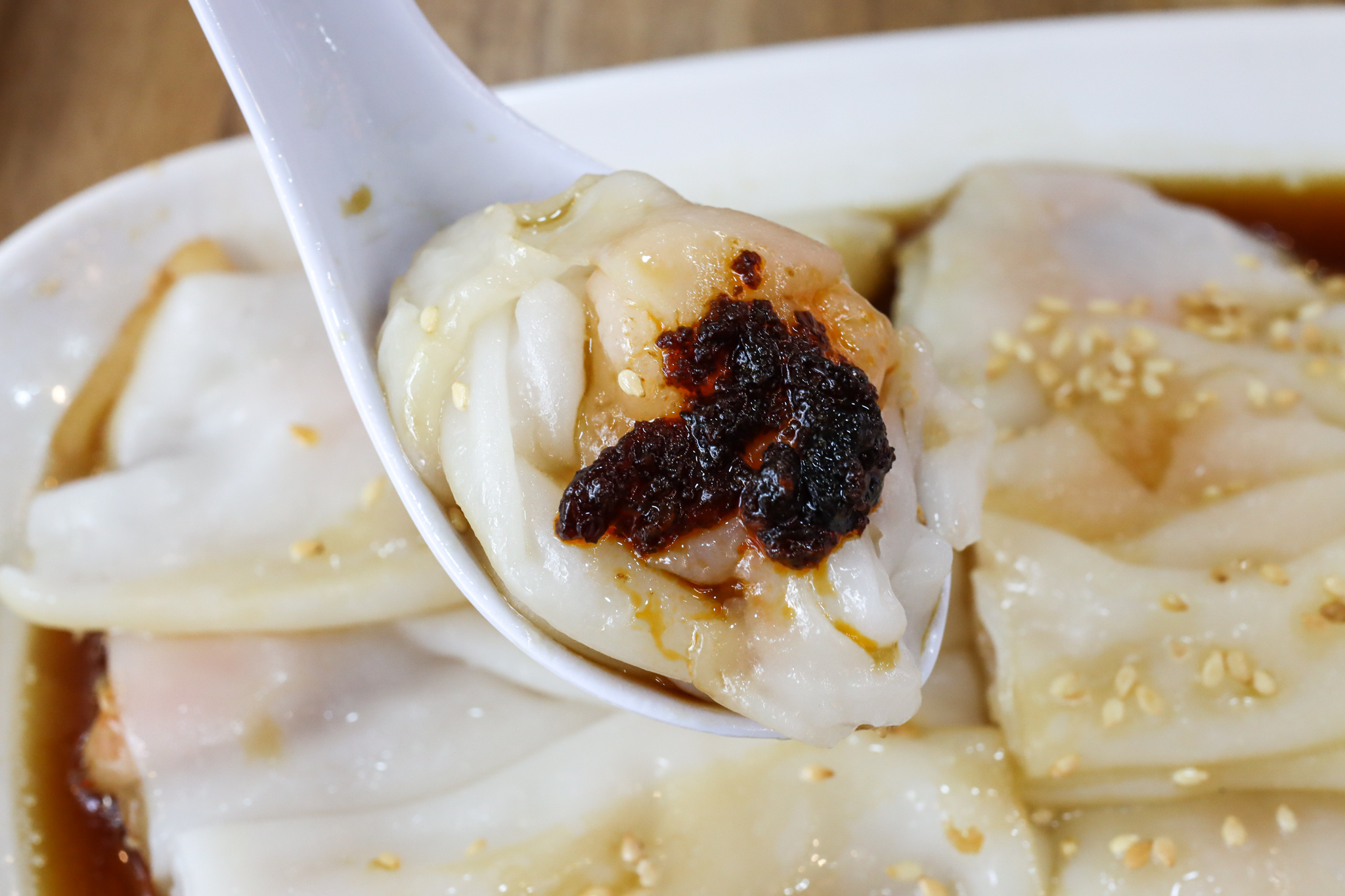 I’ve always been more partial to the classic Prawn Chee Cheong Fun and while the prawns here are on the smaller side, they were undeniably fresh and springy. I particularly enjoyed eating it with their blend of hae bee hiam (dried shrimp sambal), though I felt it could have been spicier. 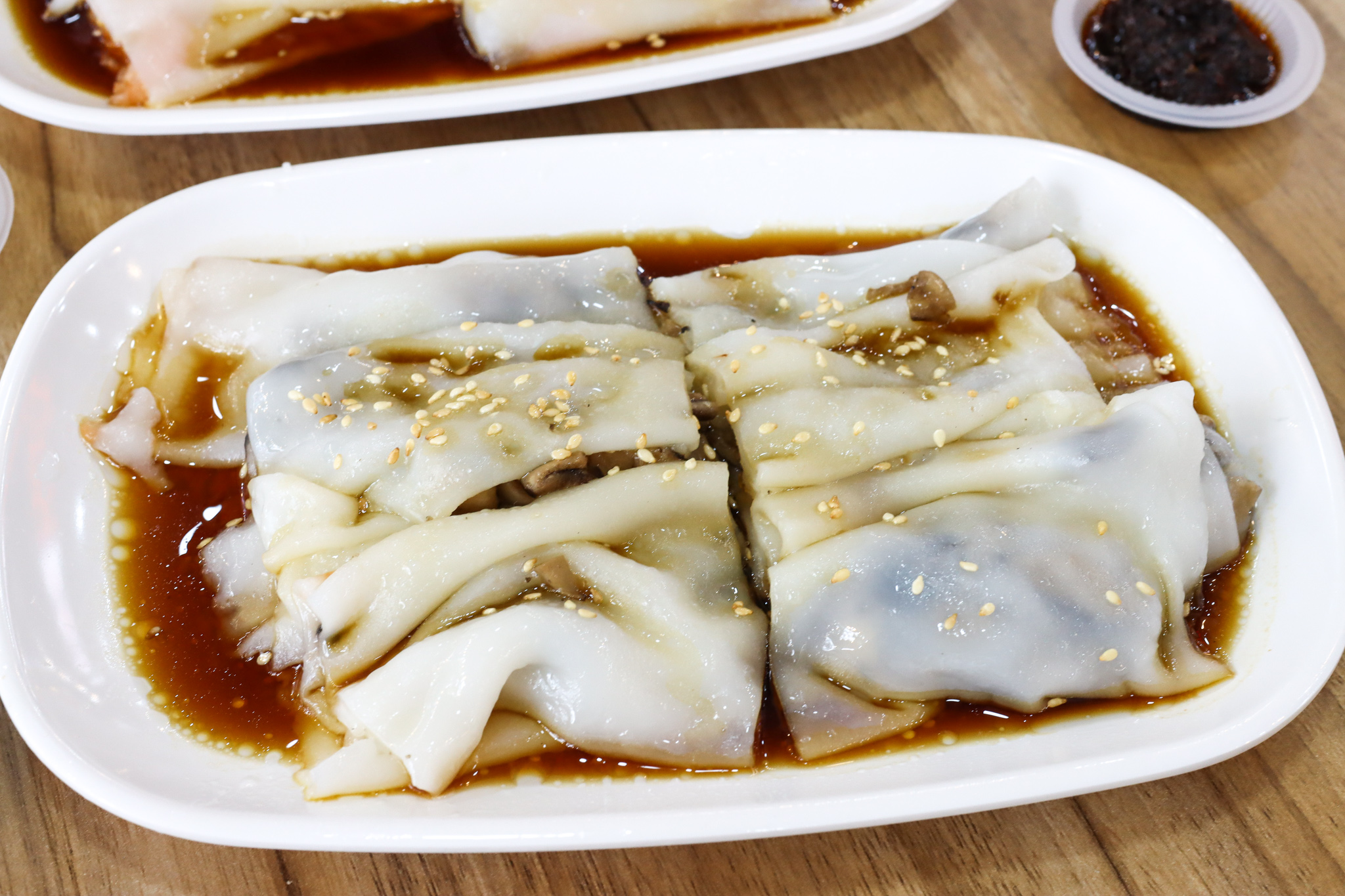 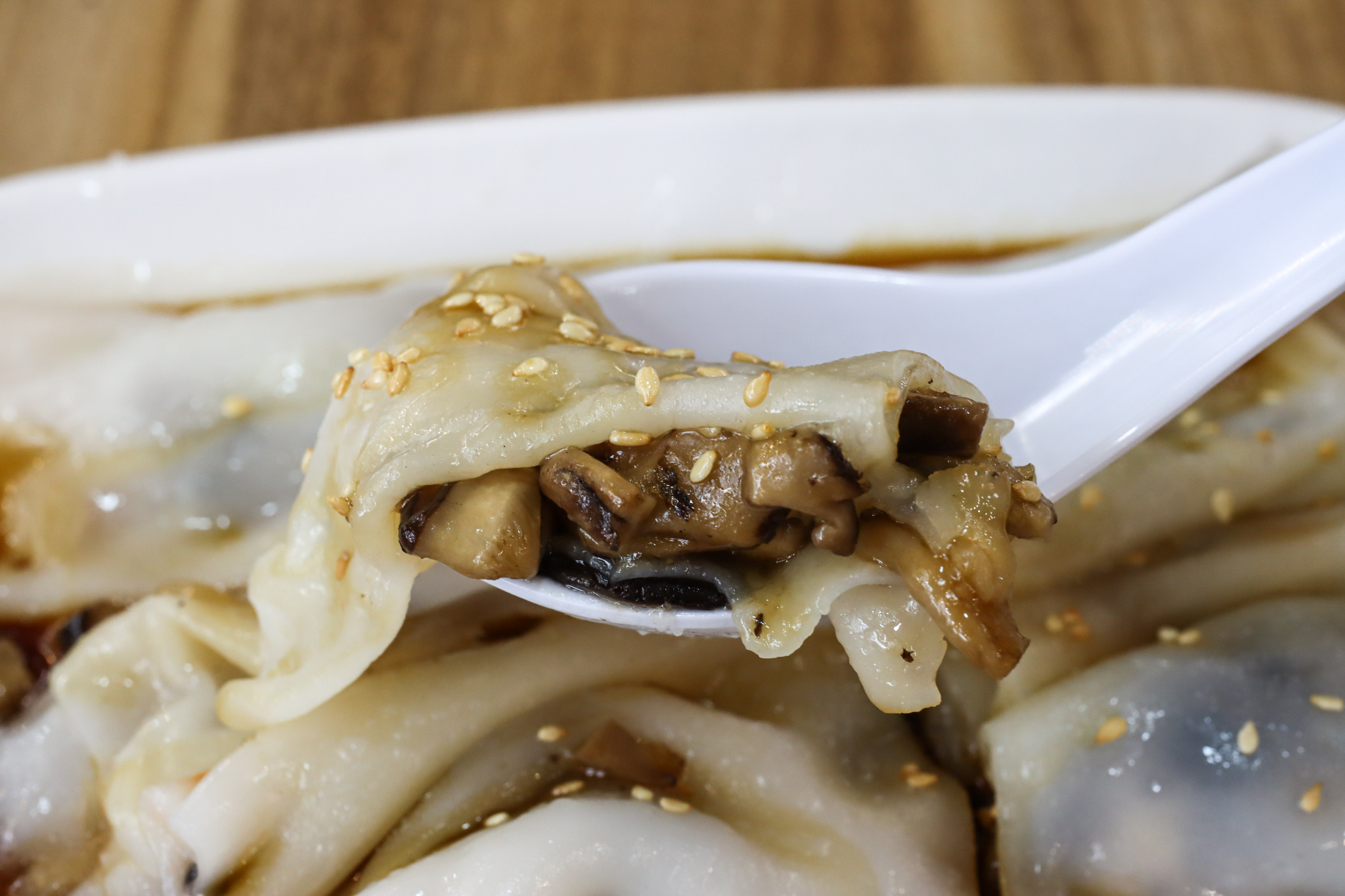 When it came to the Mushroom Chee Cheong Fun, my dining companion and I both agreed that this was the best out of the three fillings we had. The stir-fried mix of shimeji and shiitake mushrooms were buttery and earthy at the same time, complementing the sweetness of the sauce-soaked rice rolls. 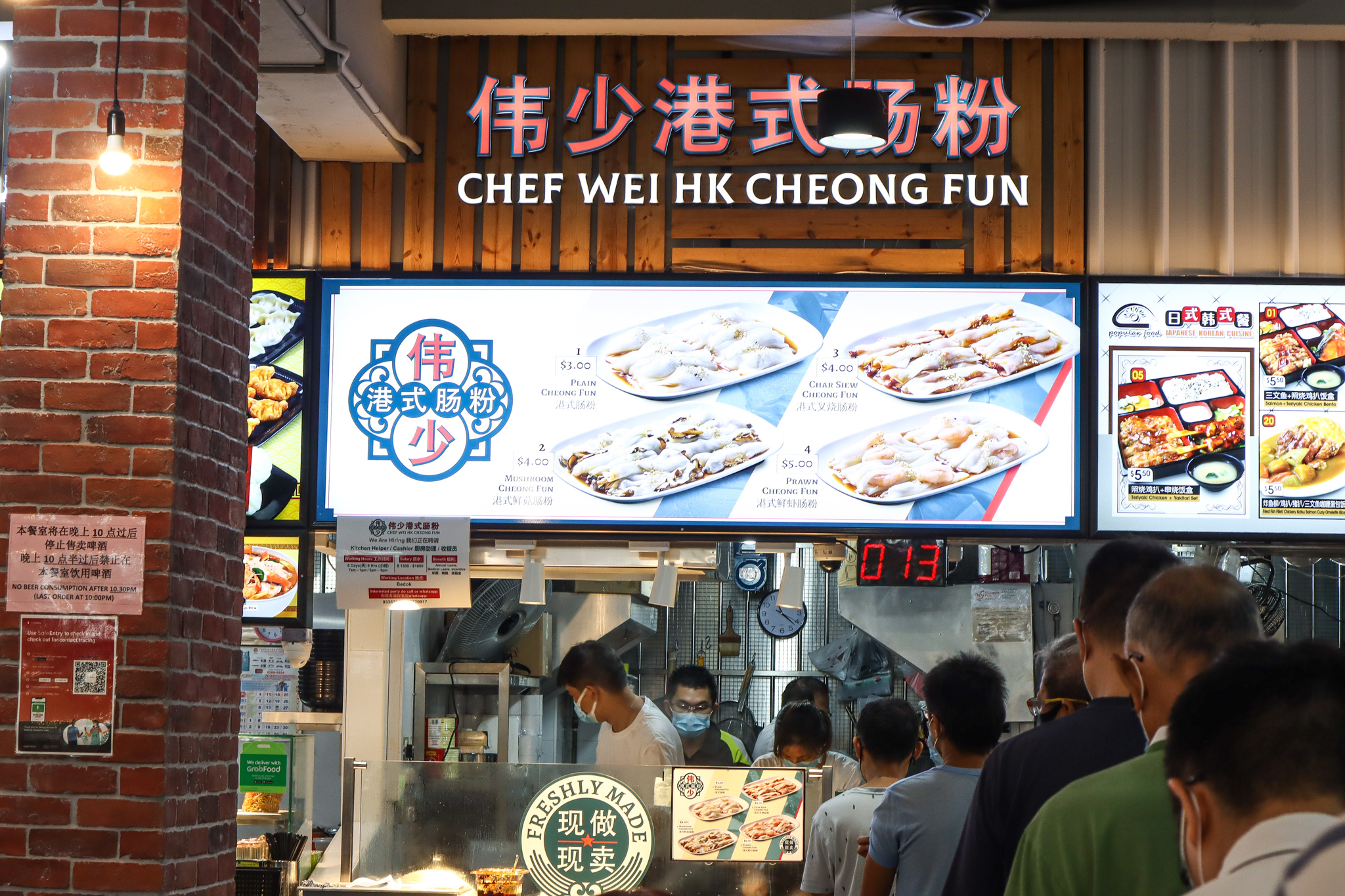 Seeing that everything on Chef Wei HK Cheong Fun’s menu is freshly handmade, the waiting time is actually not too bad, if you think about it. Above all, you’ll be getting restaurant-quality chee cheong fun with top-notch fillings for an affordable price. It’s a definite yes from me!

Opening Hours: 7am to 9pm daily.

Let’s build a food community that helps to update the food news in Singapore! Simply comment below if there’s any changes or additional info to Chef Wei HK Cheong Fun. We will verify and update from our side. Thanks in advance!