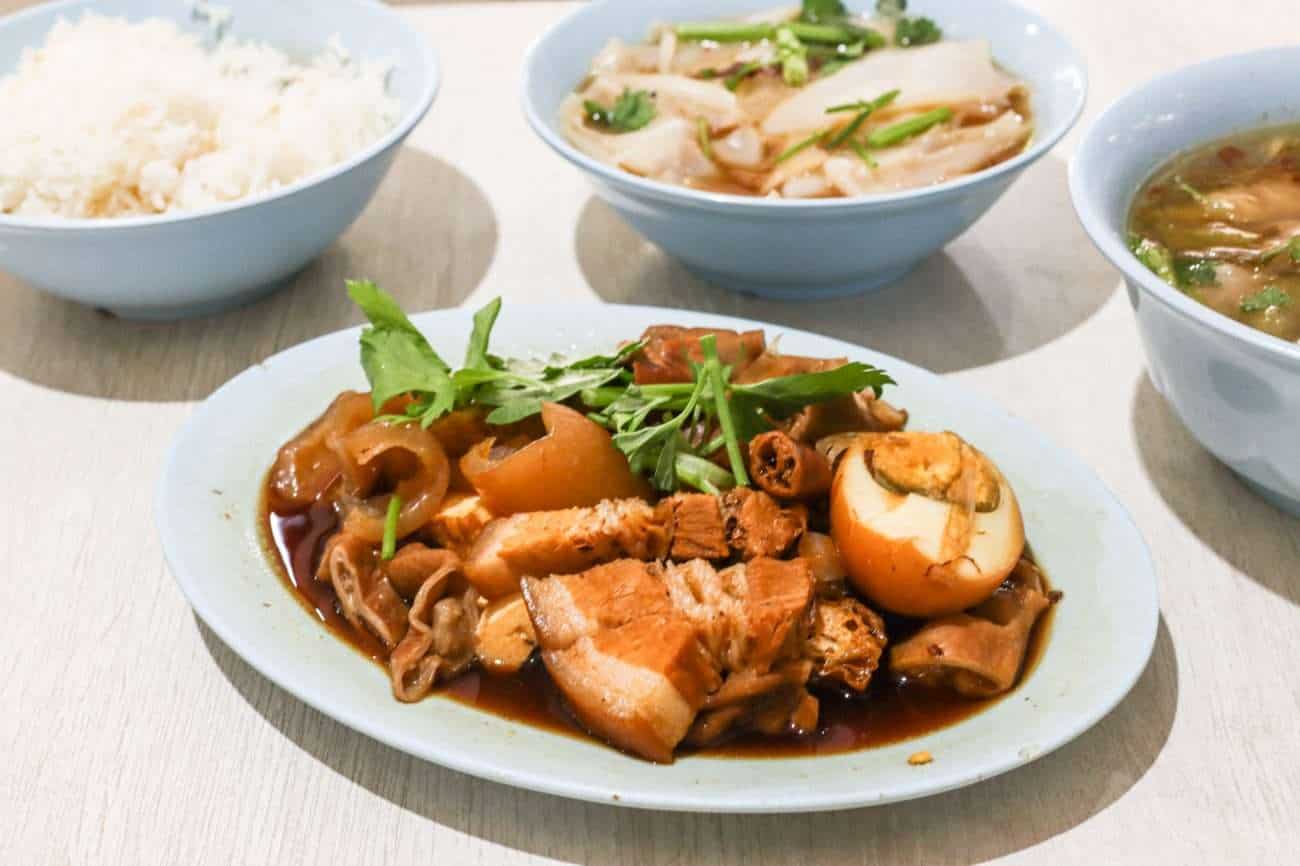 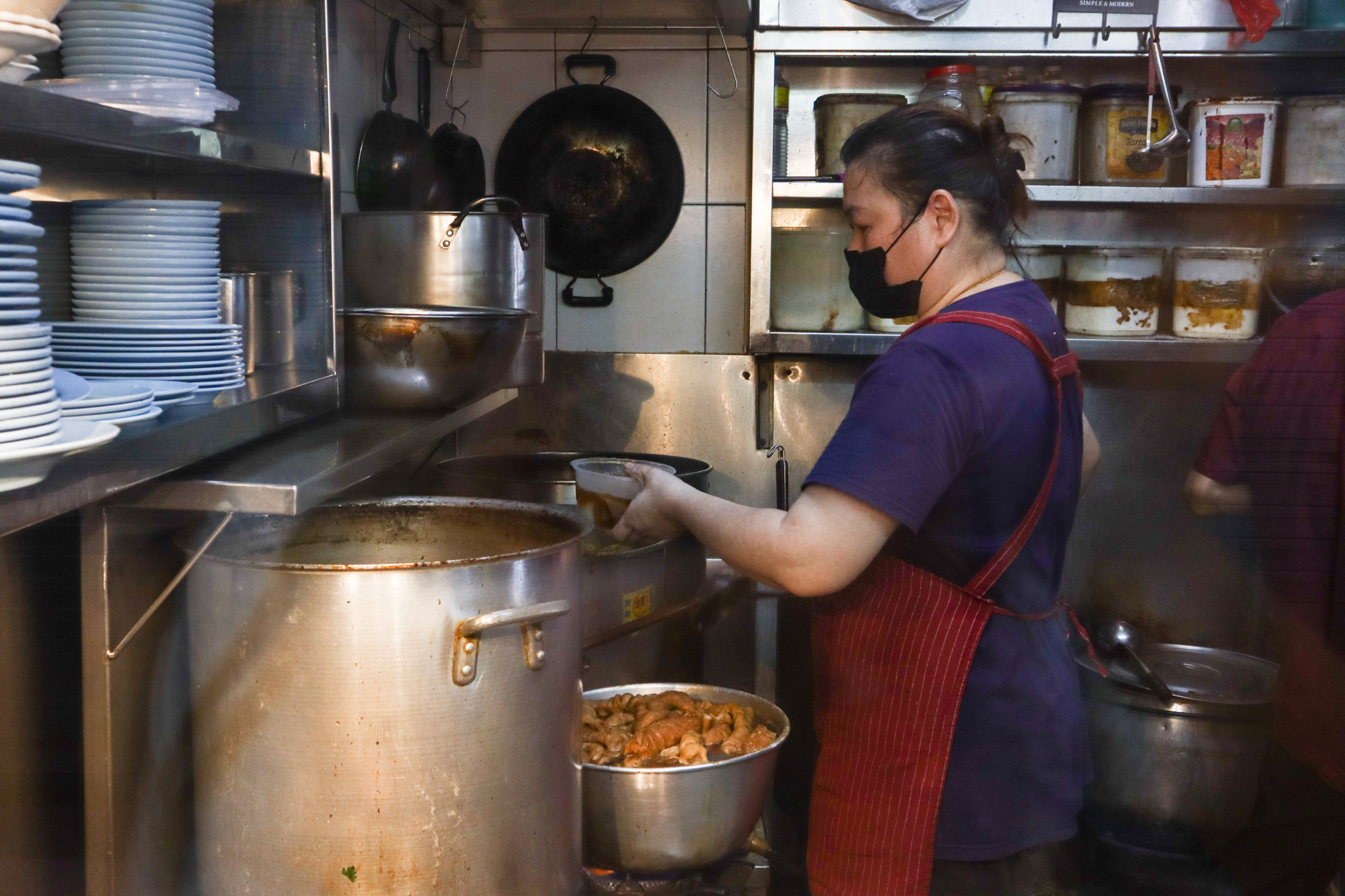 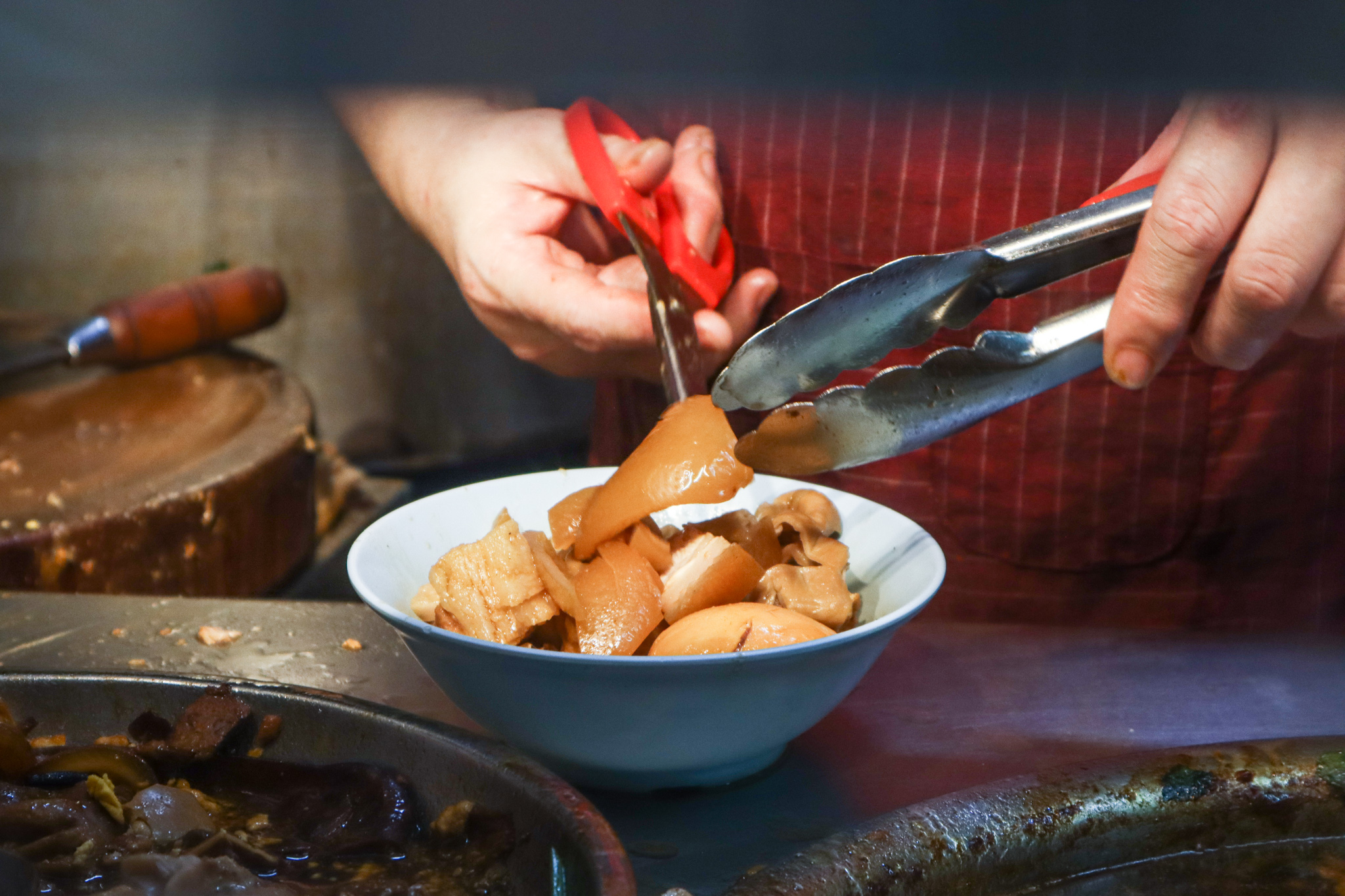 I noticed quite a few elderly folks approaching the stall to place their orders, with half of them preparing their own takeaways boxes for the kway chup. There was a bit of a queue when we arrived in the late afternoon but service was quite brisk so the line moved pretty quickly. The staff were also very friendly; don’t be intimidated by the unsmiling uncle cause once you strike up a bit of conversation with him, he’s one of the friendliest people around! 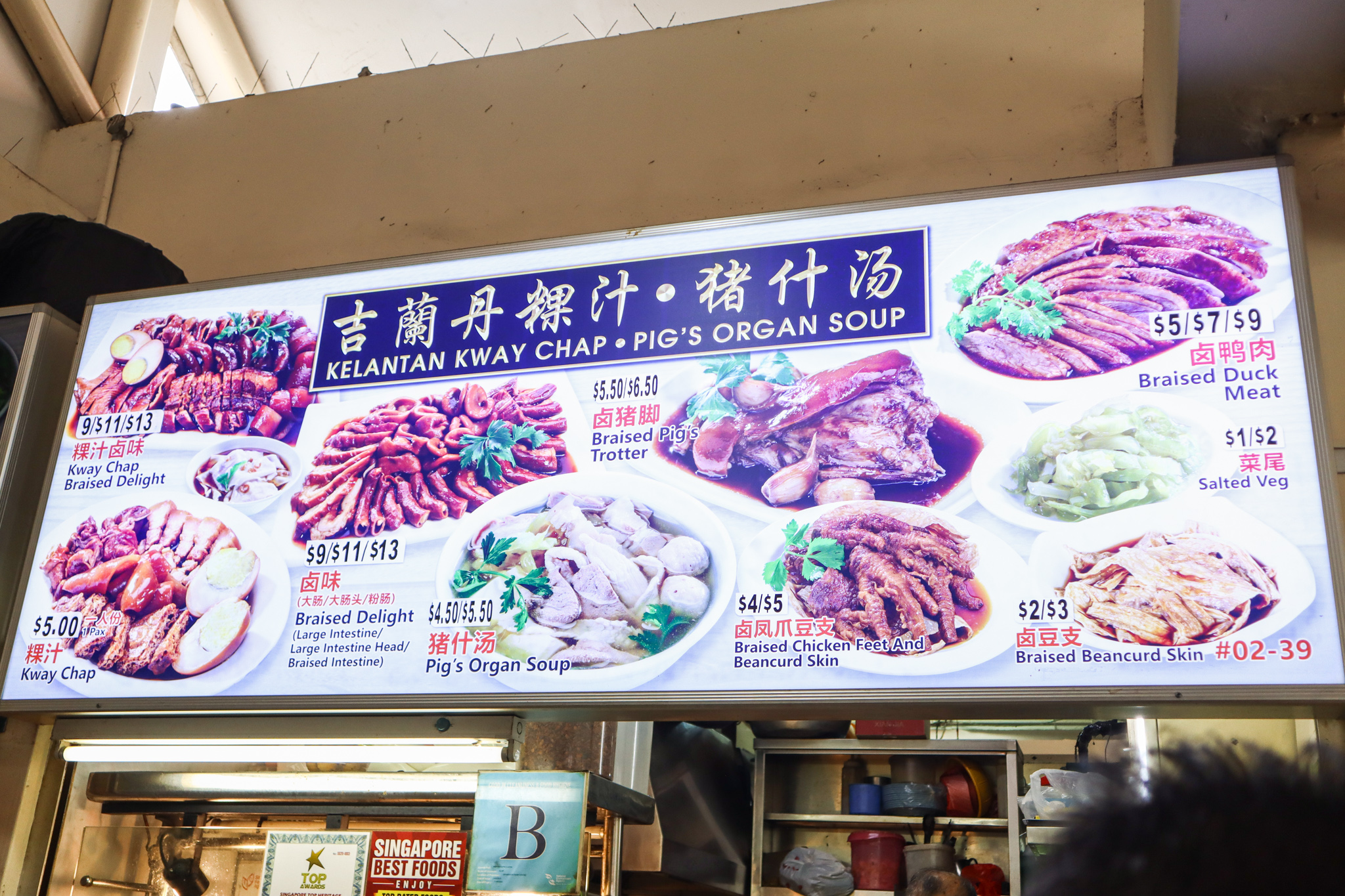 Apart from the dishes highlighted in the name of the stall, there’s also Braised Pig’s Trotter ($5.50/6.50), Braised Chicken Feet & Beancurd Skin ($4/5) and Braised Duck Meat ($5/7/9). If you’re sharing with family, friends or colleagues during your office lunch break, opt for the bigger portions of Kway Chup Braised Delight ($9/11/13)! You can also add Braised Beancurd Skin ($2/3) and Salted Veg ($1/2) to your meal. 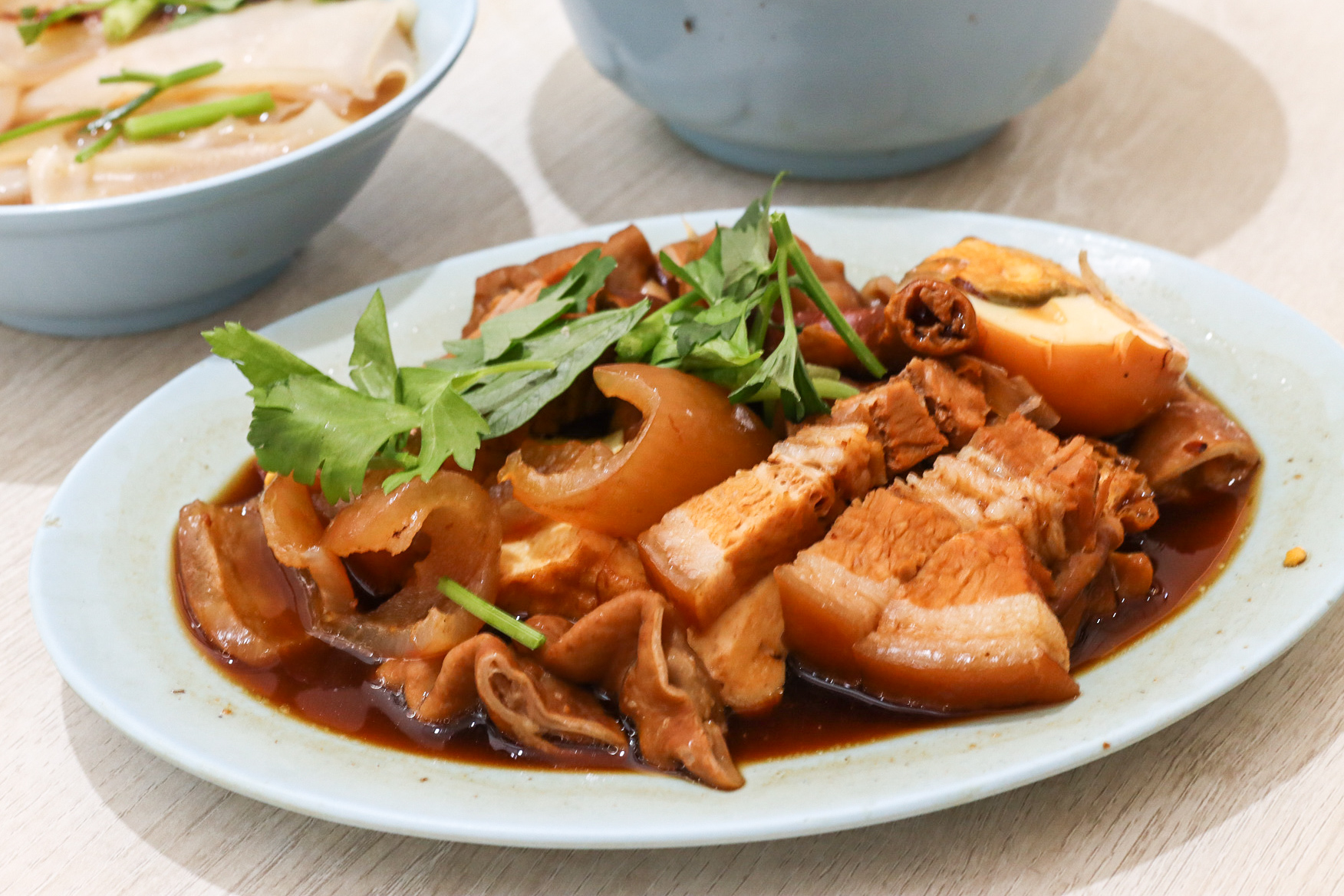 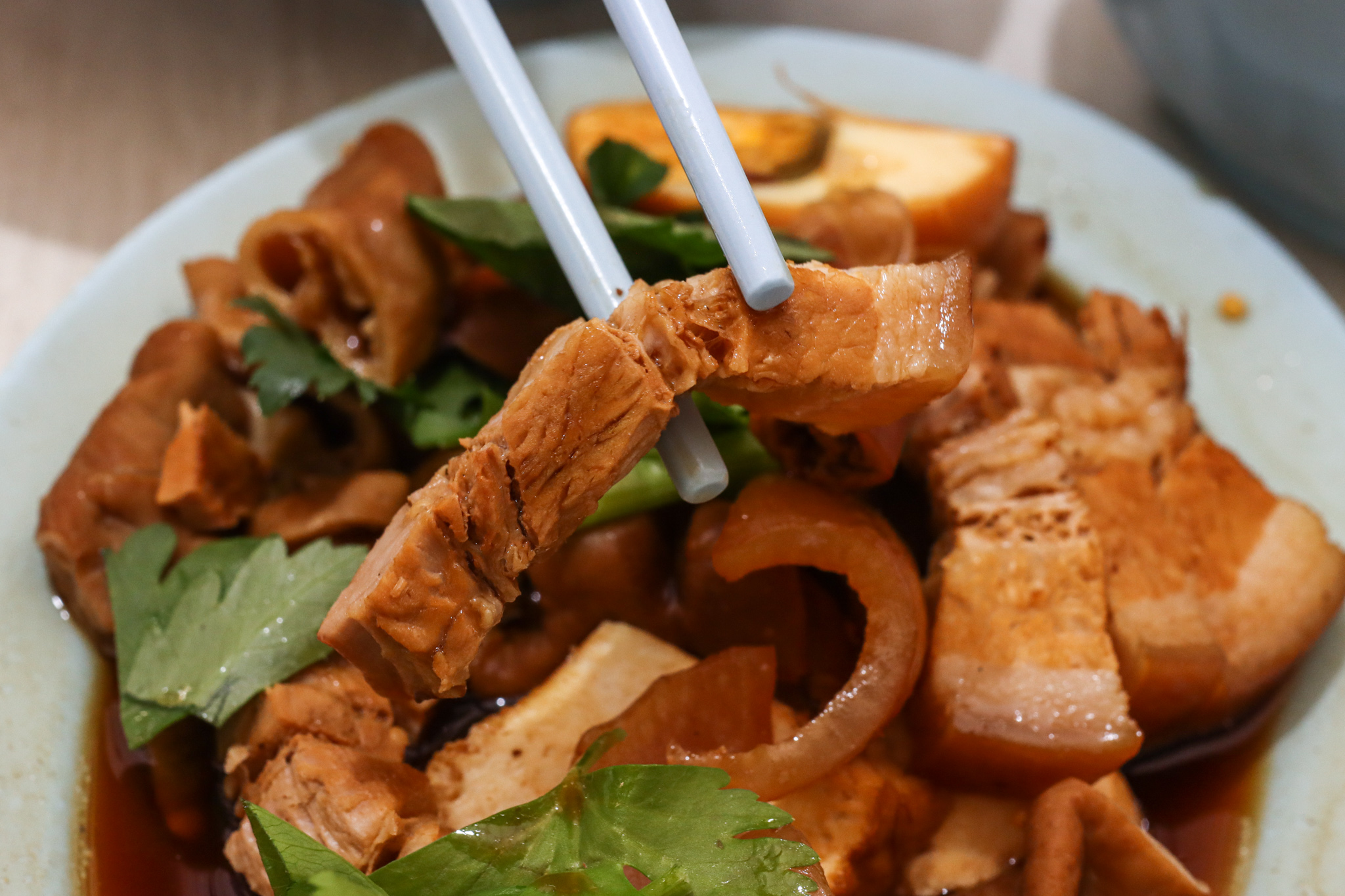 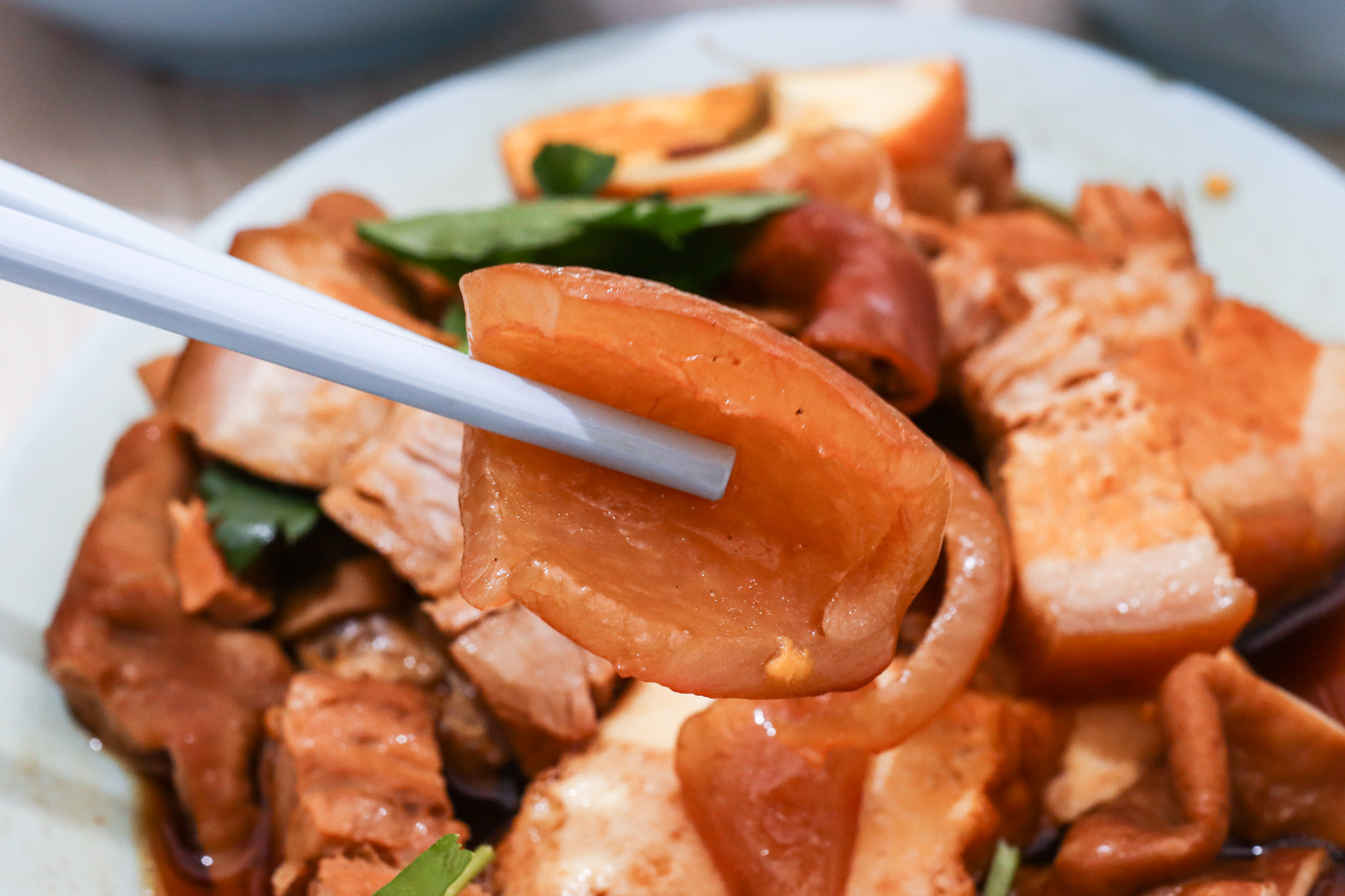 Doused in an herbal-based sauce that was light on the palate, the Kway Chup ($5) comprised an assortment of intestines, pig skin and pork belly, accompanied by a bowl of kueh. The pork belly chunks had a good balance of meat and fat, making it quite tasty. There was also a copious amount of pig skin that was chewy but not too tough. 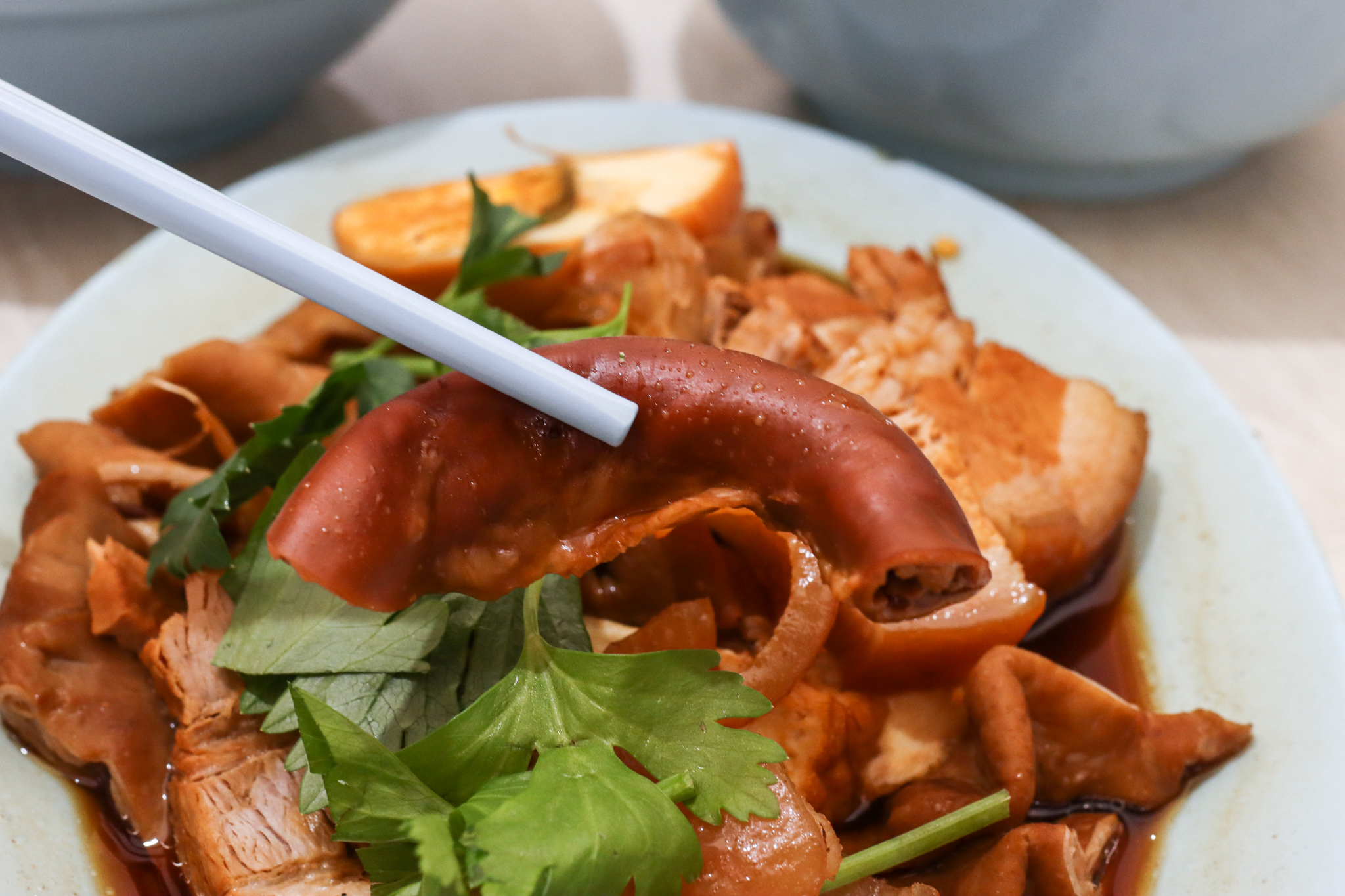 I was surprised to find that the intestines had a bit of a peppery flavour to them. They were also cleaned rather well, soft and easy to eat. 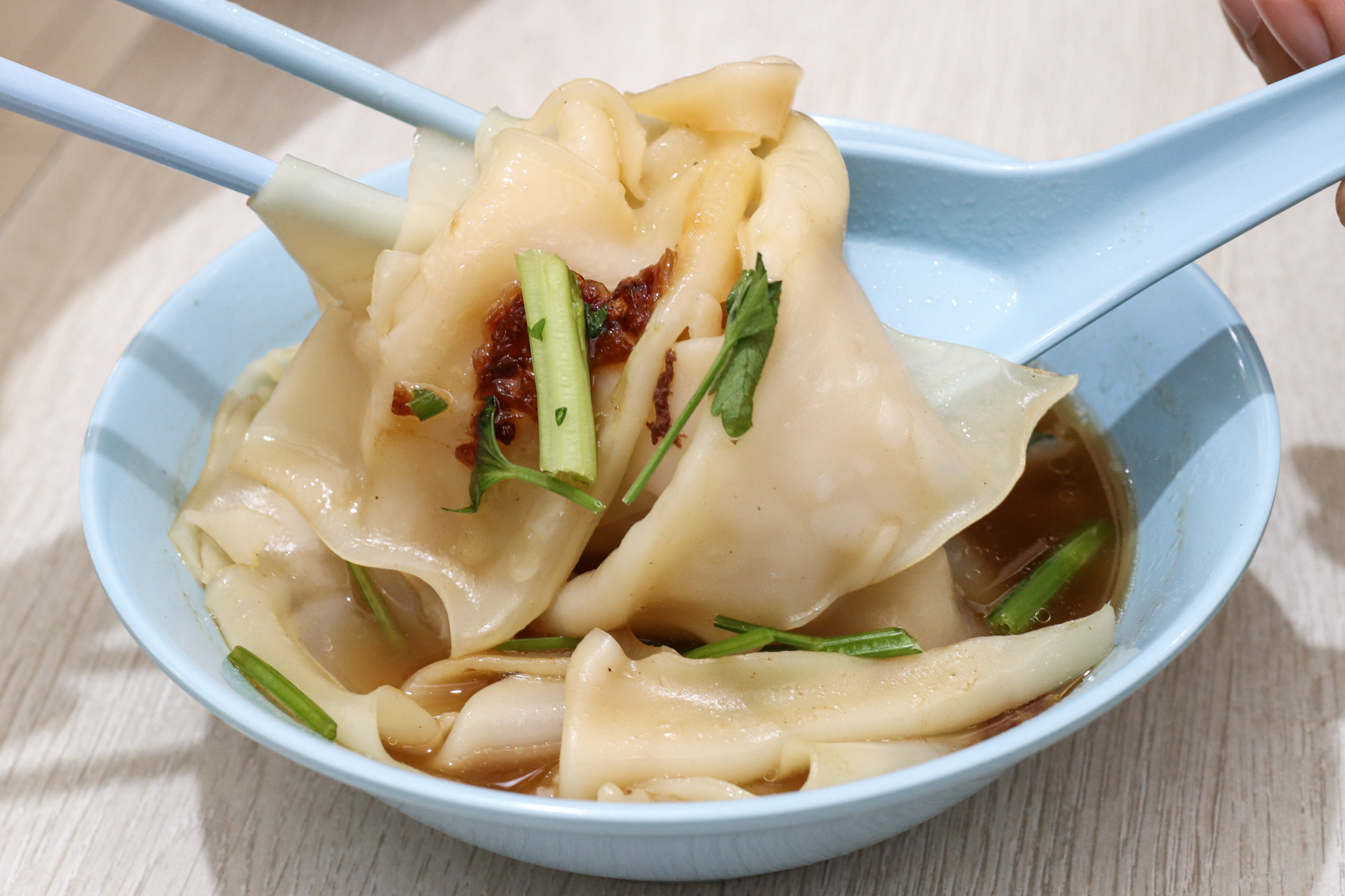 The sheets of kueh were on the firmer side compared to the kueh served at a lot of kway chup places I favour, but still rather smooth. The broth was refreshingly light but still flavourful at the same time, though I wished it packed just a tad more flavour. 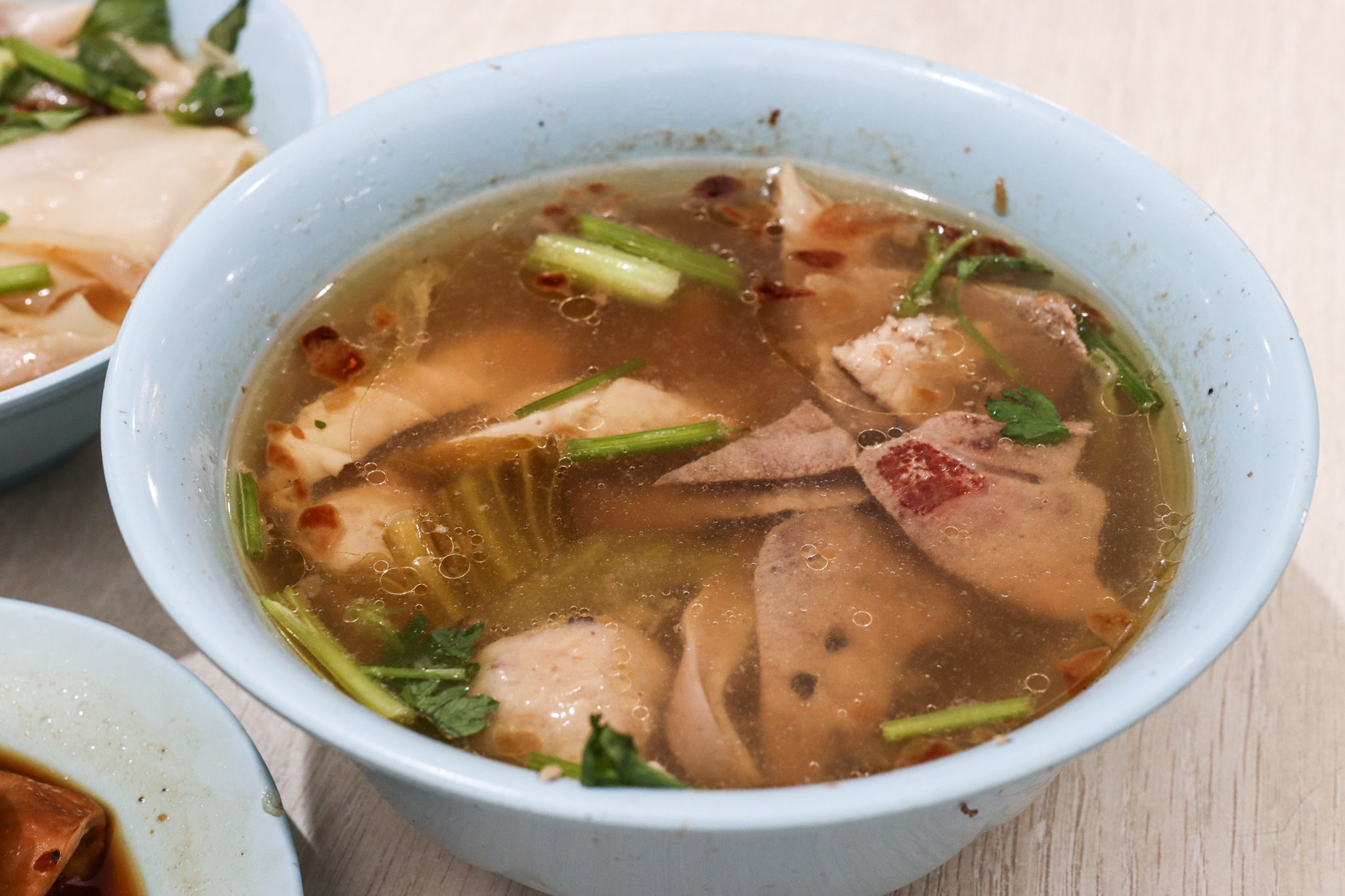 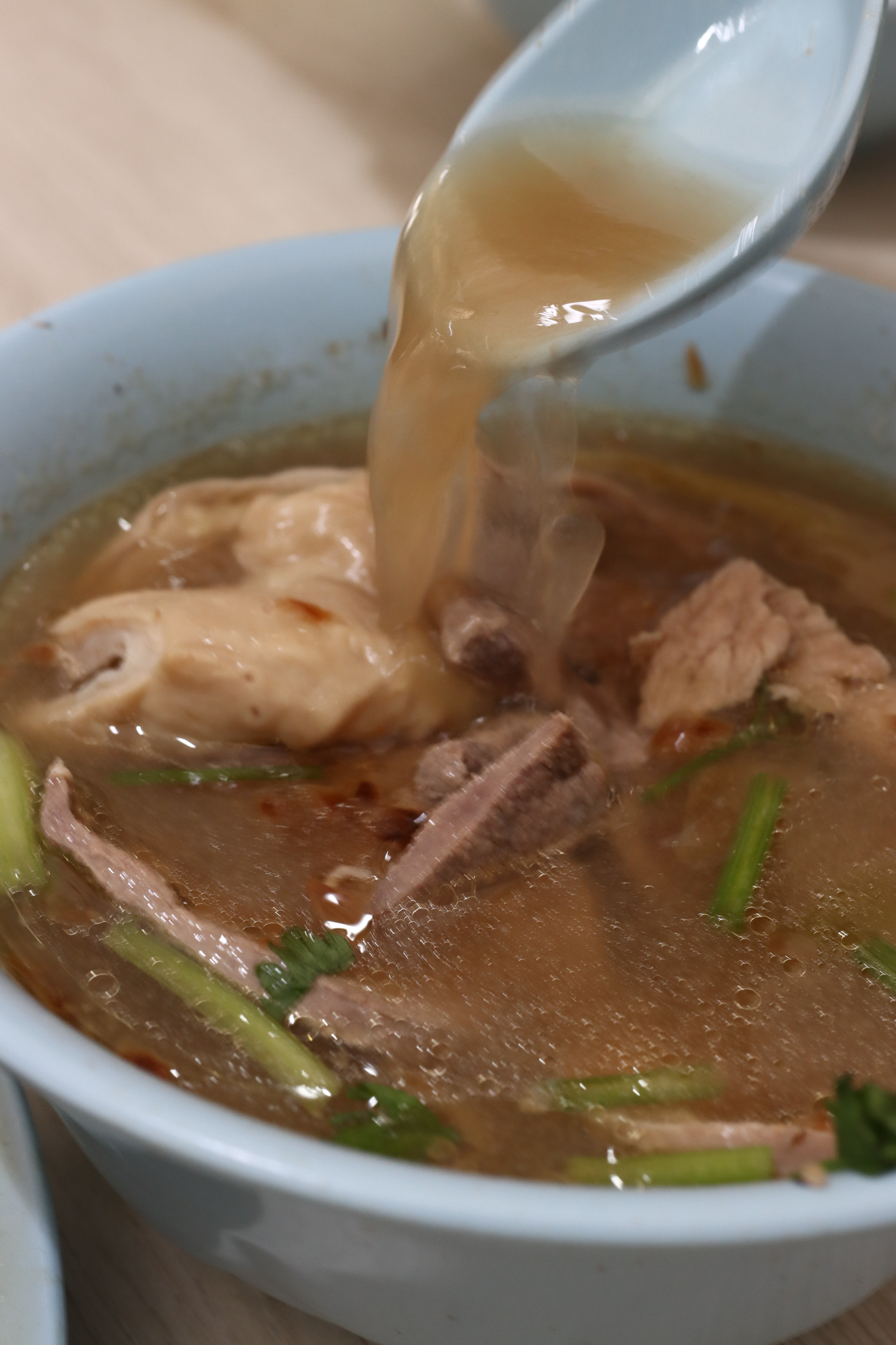 Generous with ingredients, the Pig’s Organ Soup ($4.50/5.50) came with liver, pig stomach and meatballs in a broth that was packed with flavour and slight whiffs of pepper. Definitely something I can keep downing, especially when it’s fresh and piping hot! 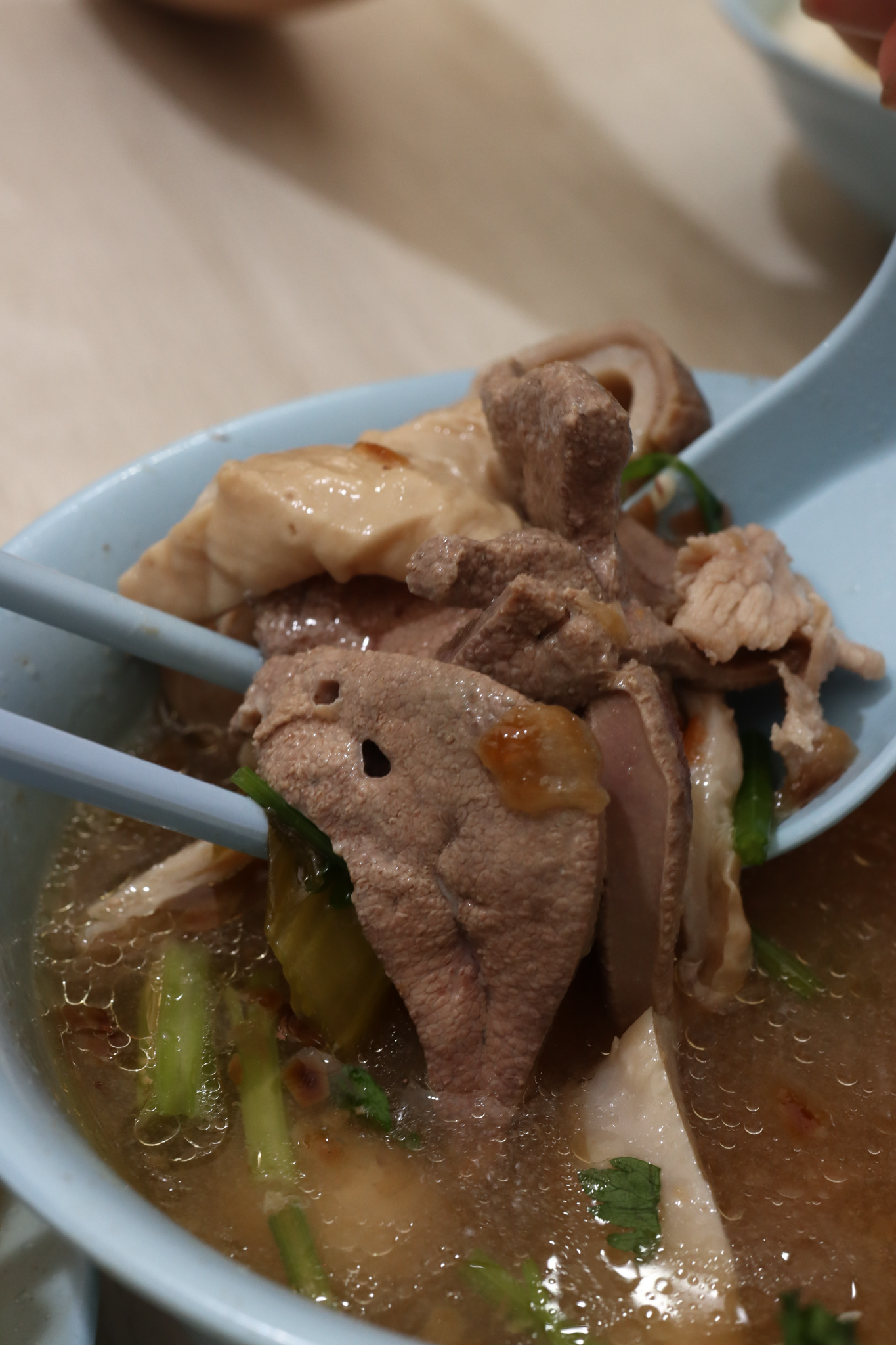 The liver was powdery and the stomach pleasantly chewy. As for the meatballs, they were rather strong in terms of porkiness so you might want to prepare yourselves for that. 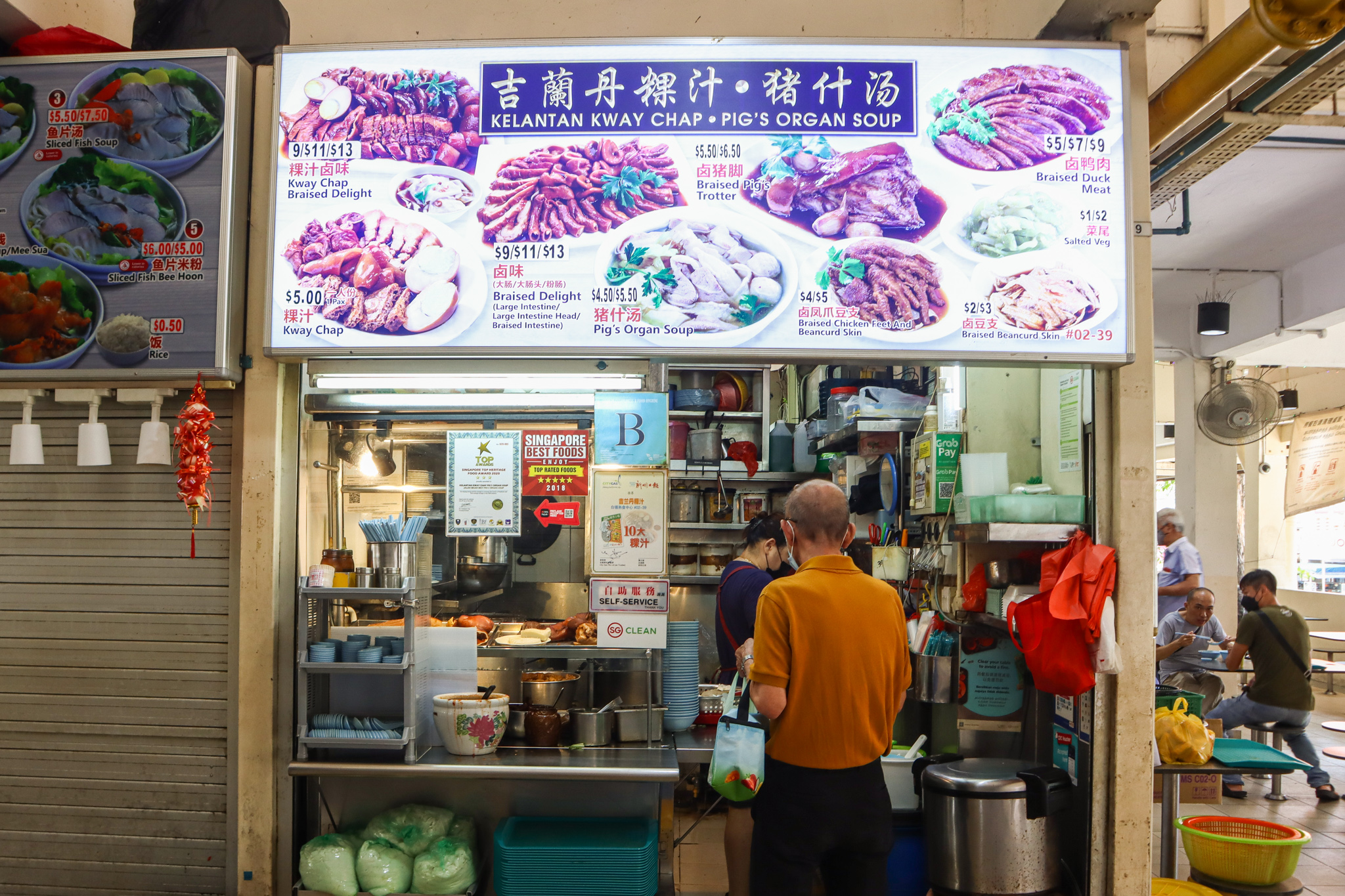 It’s not the best kway chup I’ve had, but it does make for a decent lunch option if you happen to be in the area.

Opening Hours: 8am to 8pm, Tuesday to Sunday.

Let’s build a food community that helps to update the food news in Singapore! Simply comment below if there’s any changes or additional info to Kelantan Kway Chup • Pig’s Organ Soup. We will verify and update from our side. Thanks in advance!