You are here: Home » * Must Try * » Millennium Glutinous Rice – A Heritage Dish at Its Finest With Sweet and Savoury Versions!

Millennium Glutinous Rice – A Heritage Dish at Its Finest With Sweet and Savoury Versions! 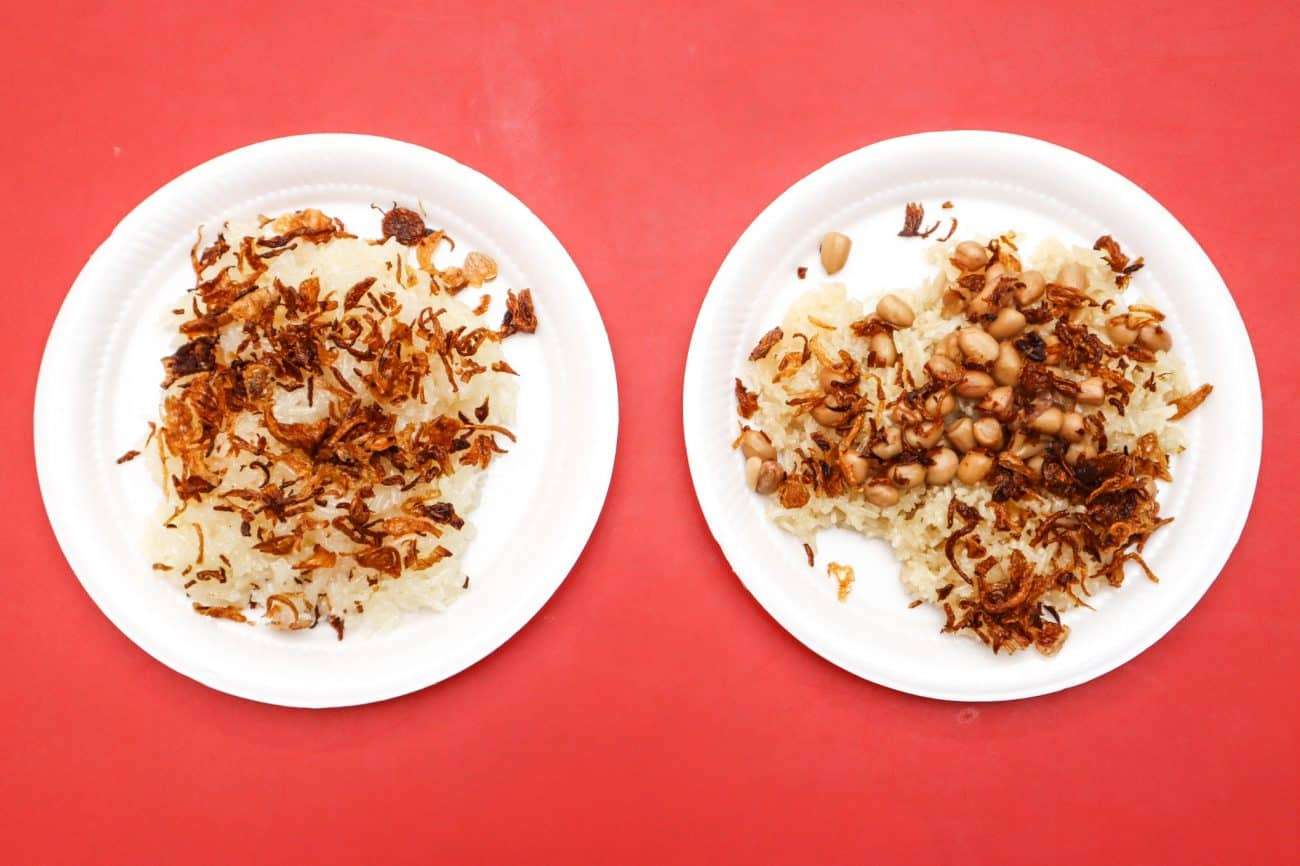 Simplicity is key when it comes to a lot of old-but-gold dishes, and Millennium Glutinous Rice has perfected their simple dishes to a tee. This elusive stall is tucked away behind rows upon rows of 259 other hawker stalls in the bustling hub of Chinatown Complex in the yellow zone. Regulars come flocking from the moment it opens at 6am, all for one dish that is becoming a rarity in Singapore – glutinous rice. 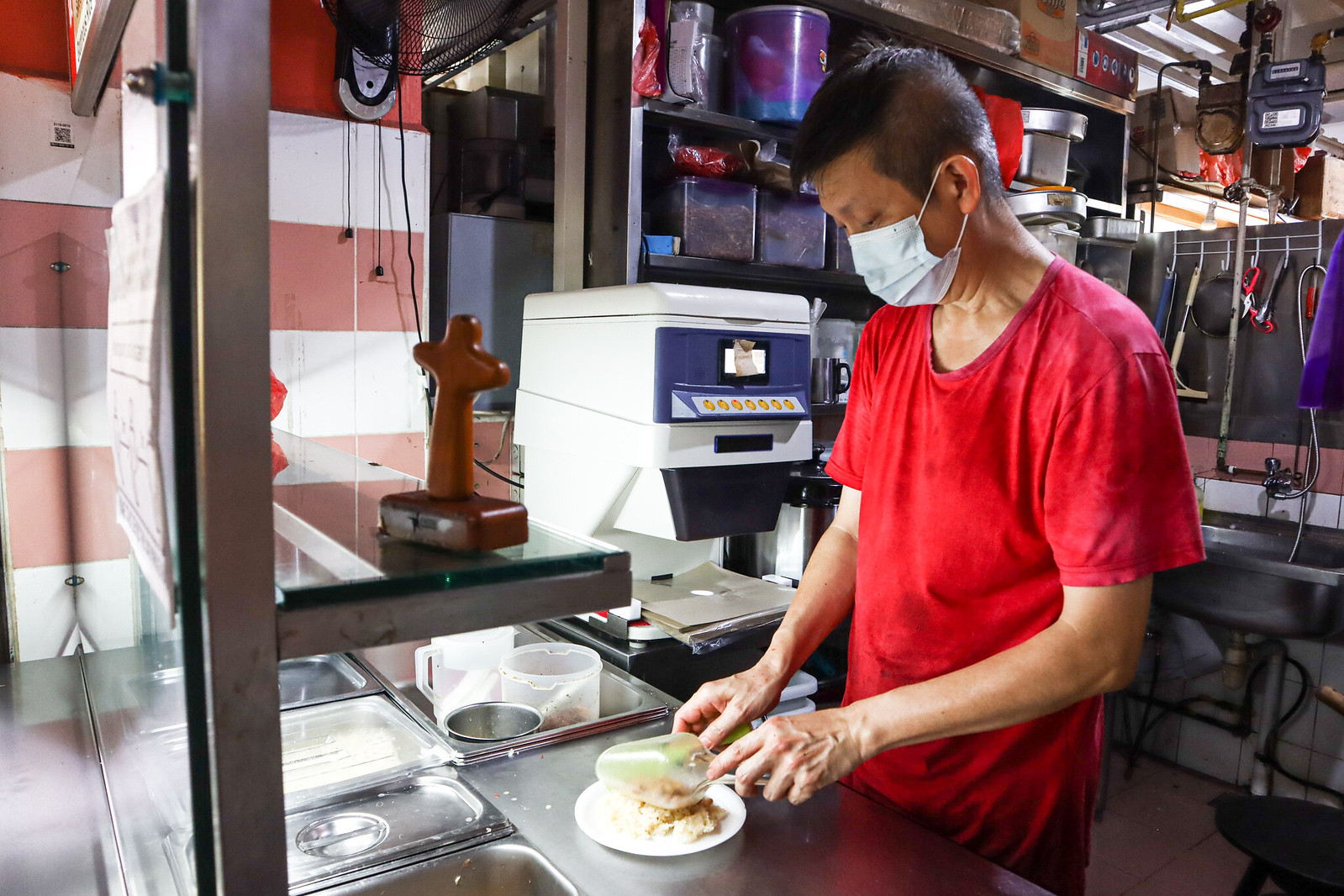 Helming the stall by himself is Steven Lam, who handles everything from creating each ingredient from scratch daily to briskly packing up dozens of orders. The latter part is definitely true; the lady in front of me had ordered ten packets of glutinous rice to-go and Steven smoothly had everything ready in a heartbeat.

He was a very jovial man who’s always ready to crack a joke or two with his customers and you can tell he enjoys what he does despite the hard work. 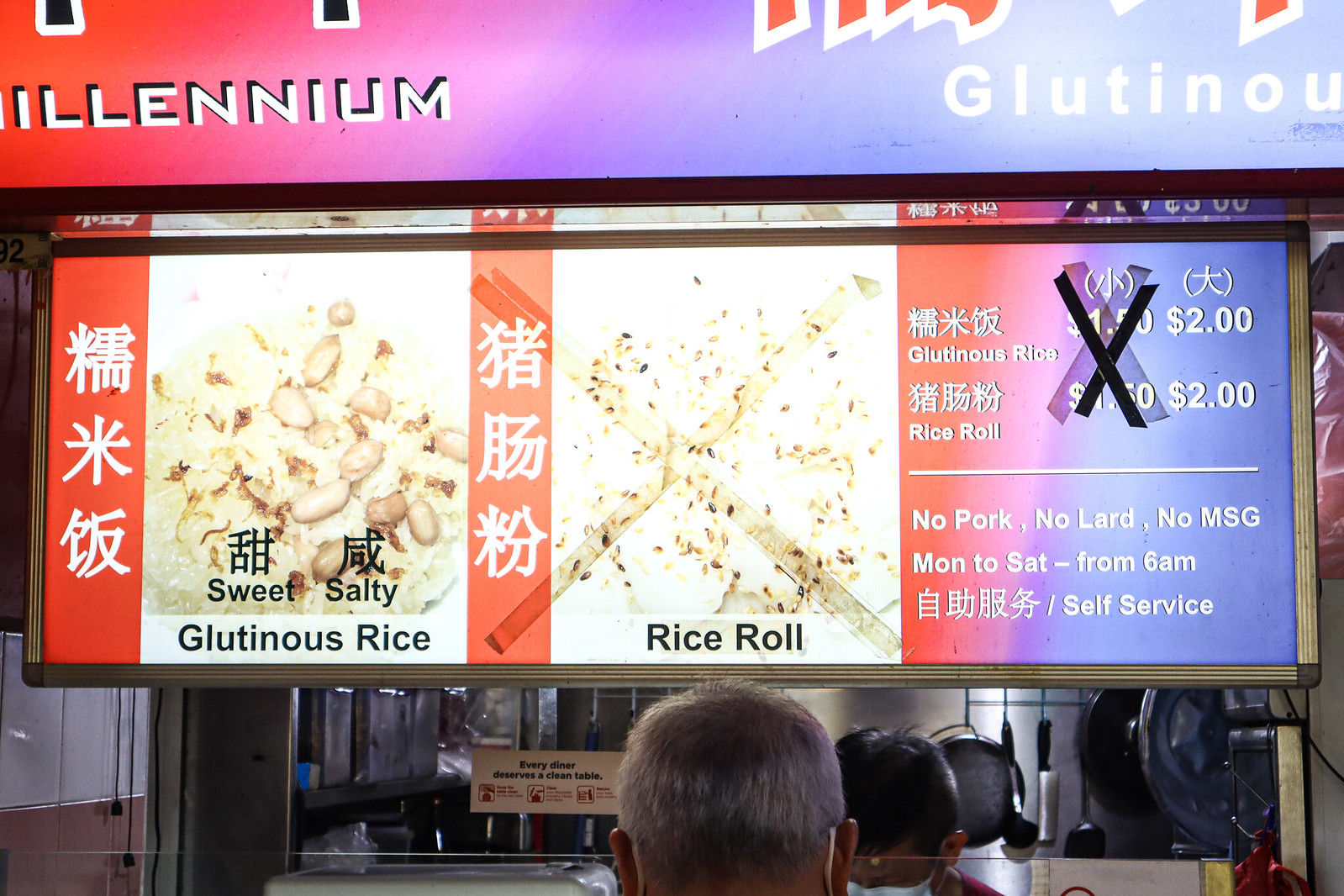 Once you look at the menu, you’ll instantly know what makes Millennium Glutinous Rice so special. Priced at $2 is the classic savoury glutinous rice most people would be familiar with, and also a sweet version that immediately ignited my curiosity. 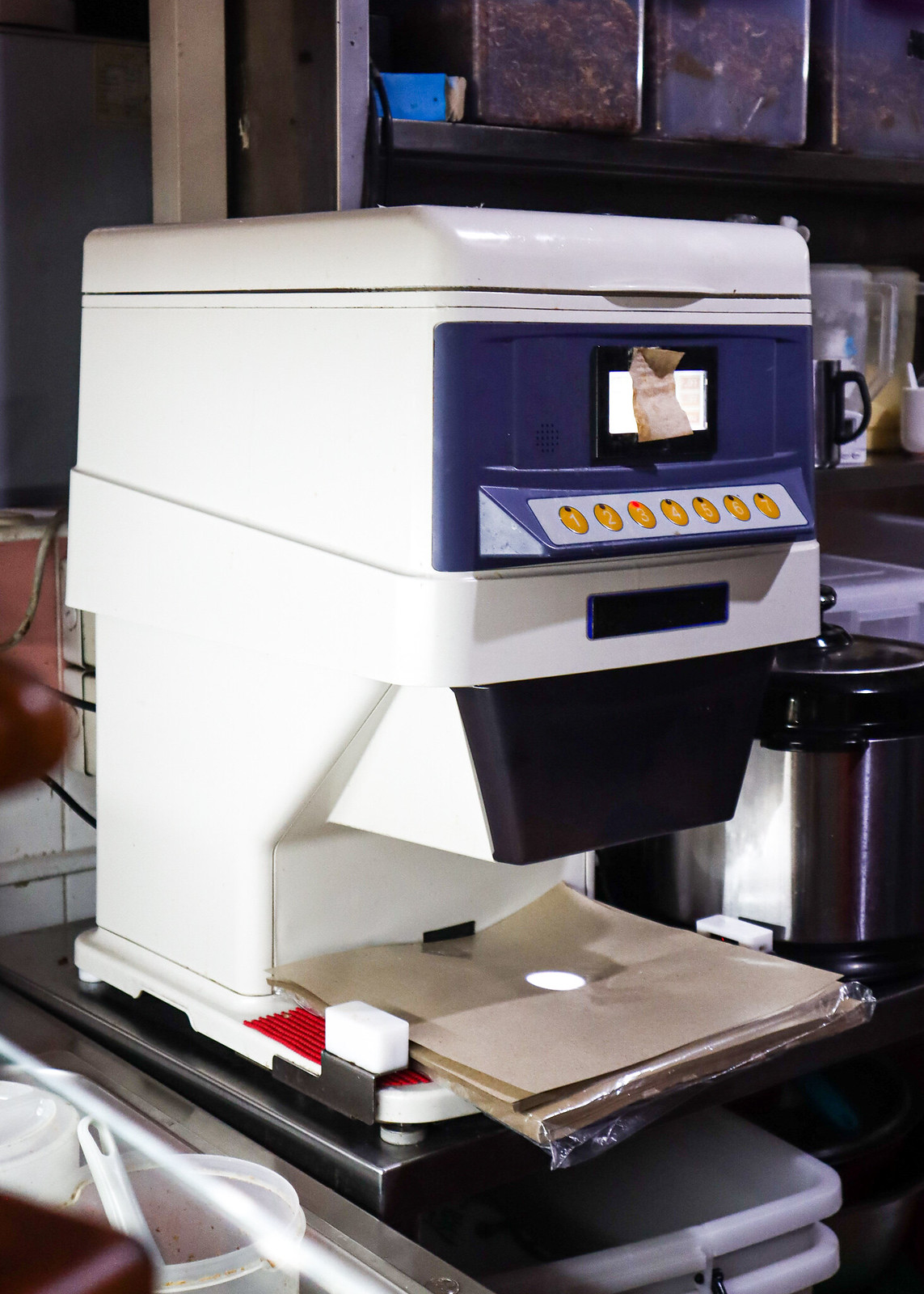 As I watched Steven prepare my order (and the ten for the lady before me), I noticed that this machine dispenses the savoury rice in consistent portions with a push of a button. But for my sweet glutinous rice, he portioned it out by hand from another container. I reckon it’s because the savoury rice was the more popular of the two. 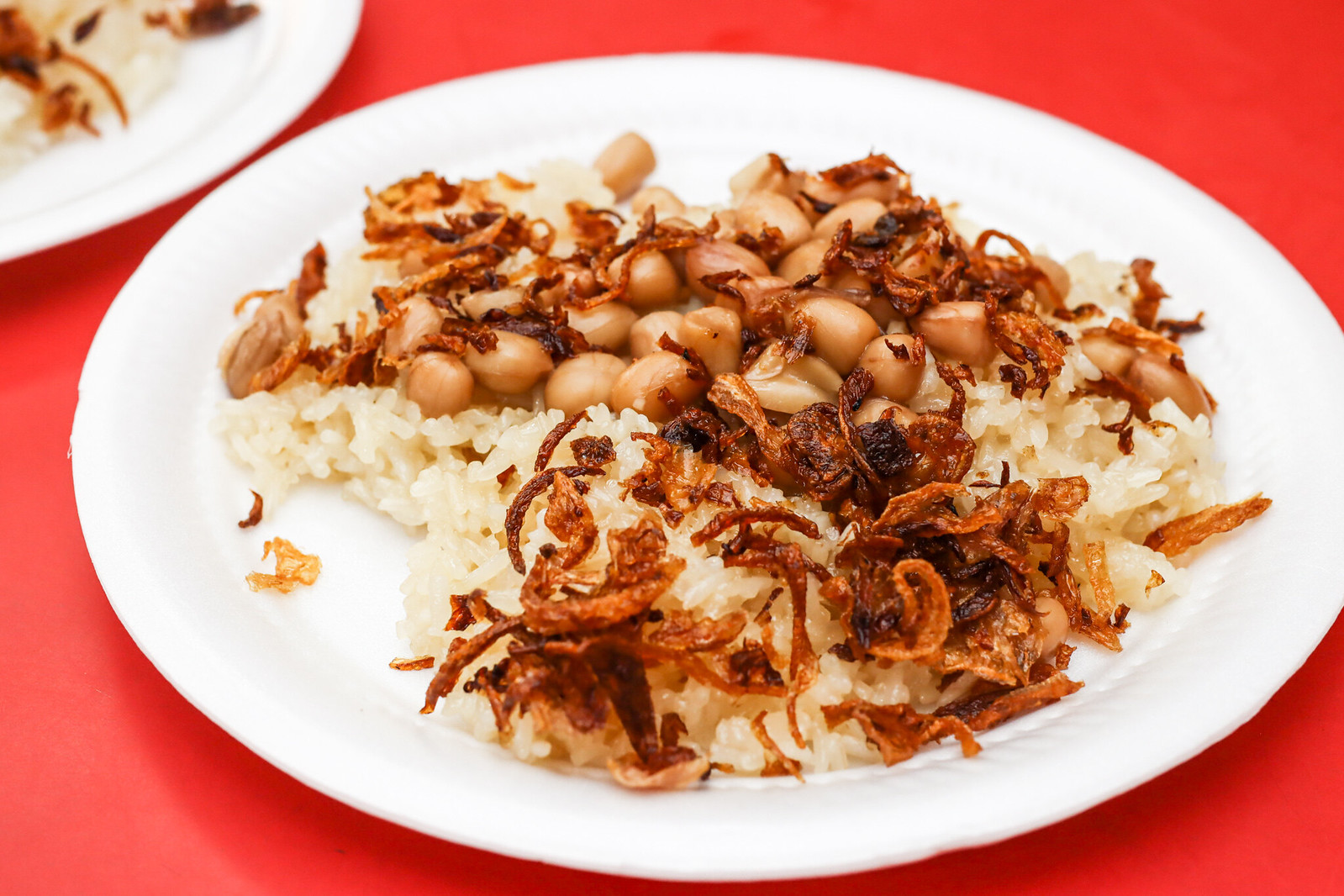 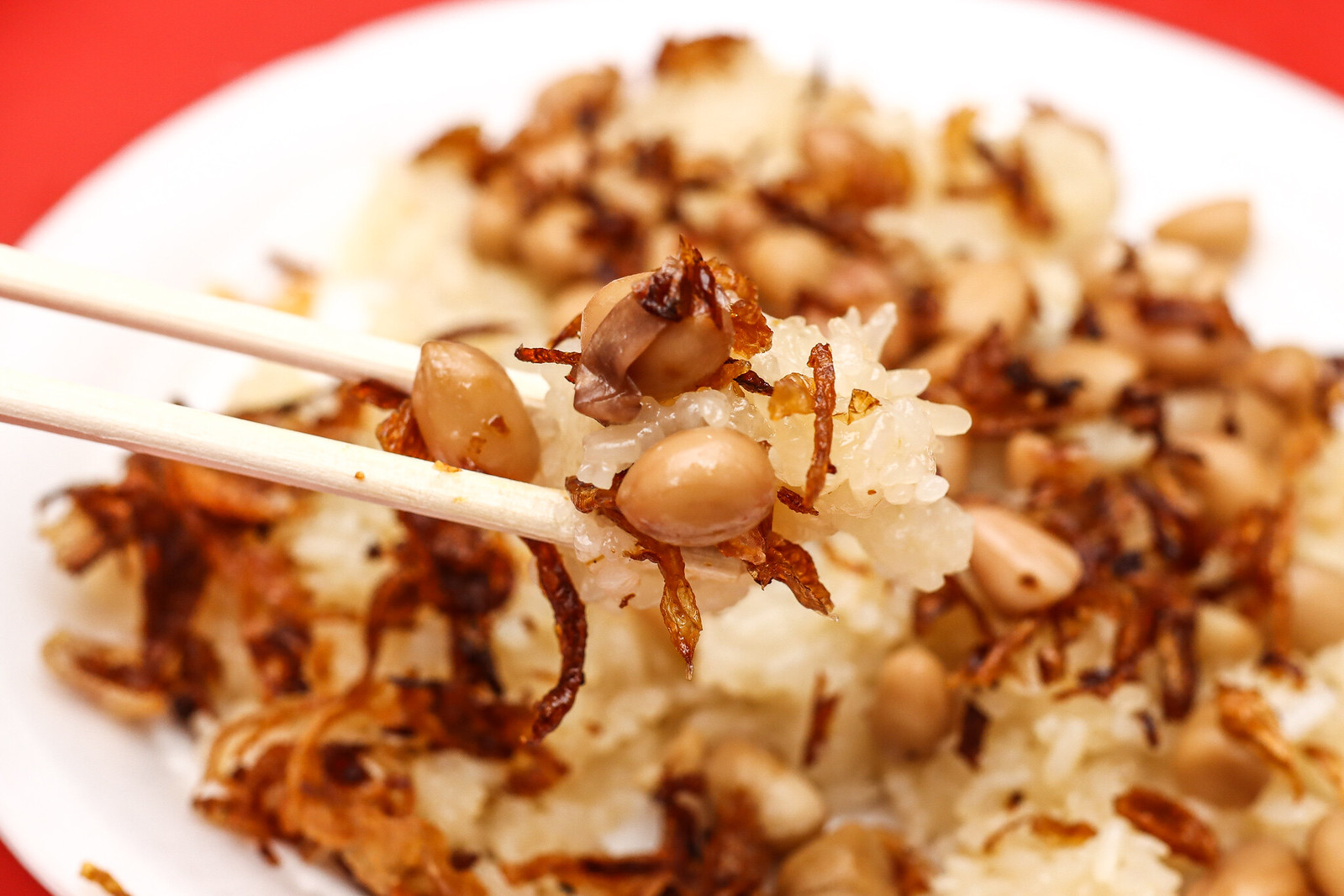 Savoury first, dessert later, so I tucked into the first dish adorned with boiled peanuts and fried shallots. The sticky rice was beautifully seasoned and exuded an added fragrance from the shallots. The stewed groundnuts brought about a deeper flavour that meshed well with the rice and lent a pleasant textural contrast with the grains. Absolutely delicious. 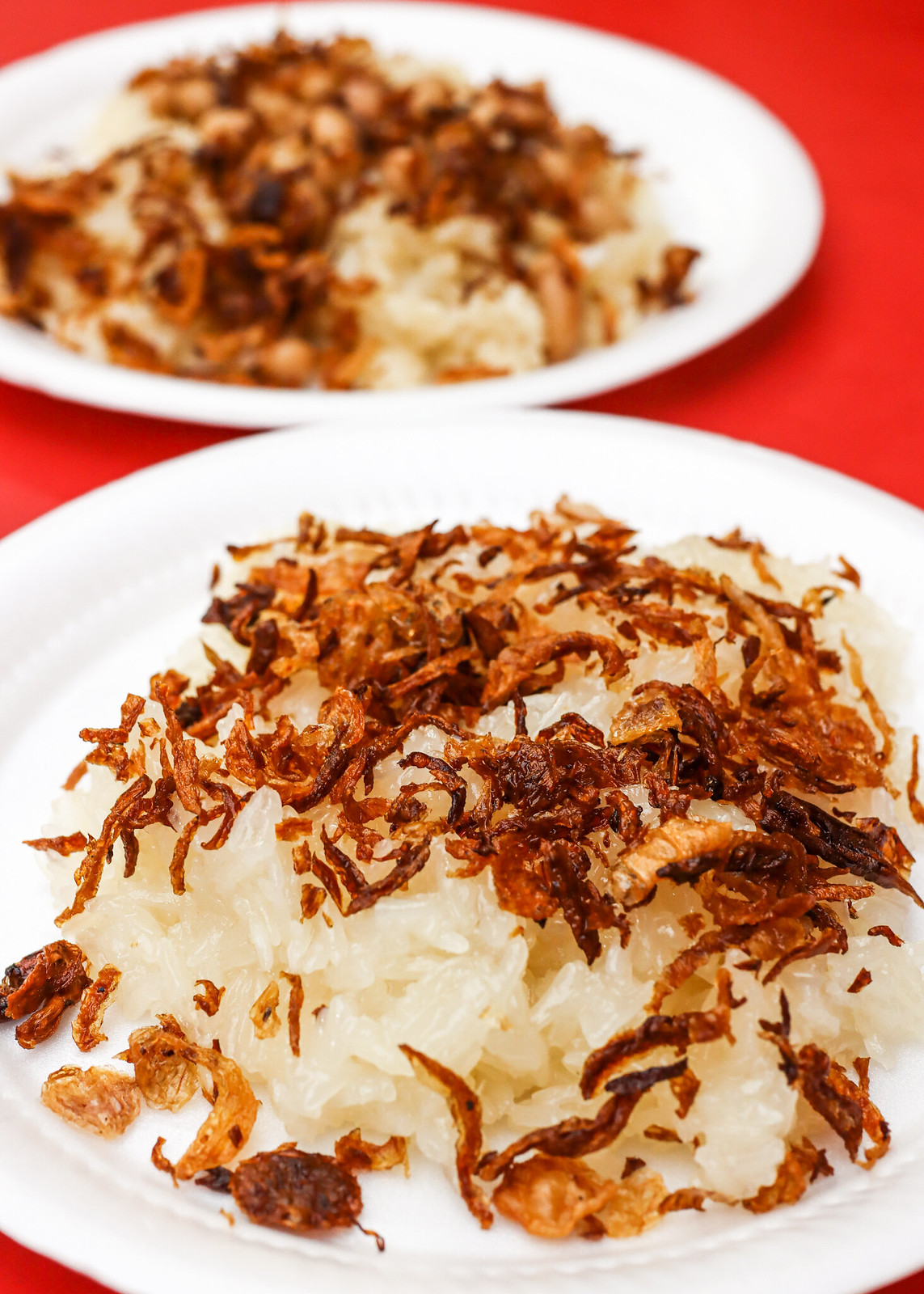 The sweet glutinous rice was almost a mirror image of the savoury one apart from the absence of the boiled peanuts. But one bite was all it takes to see that the similarities lie only in their appearances. It was almost as if every grain was coated in sugar  – unusual but not in a bad way. 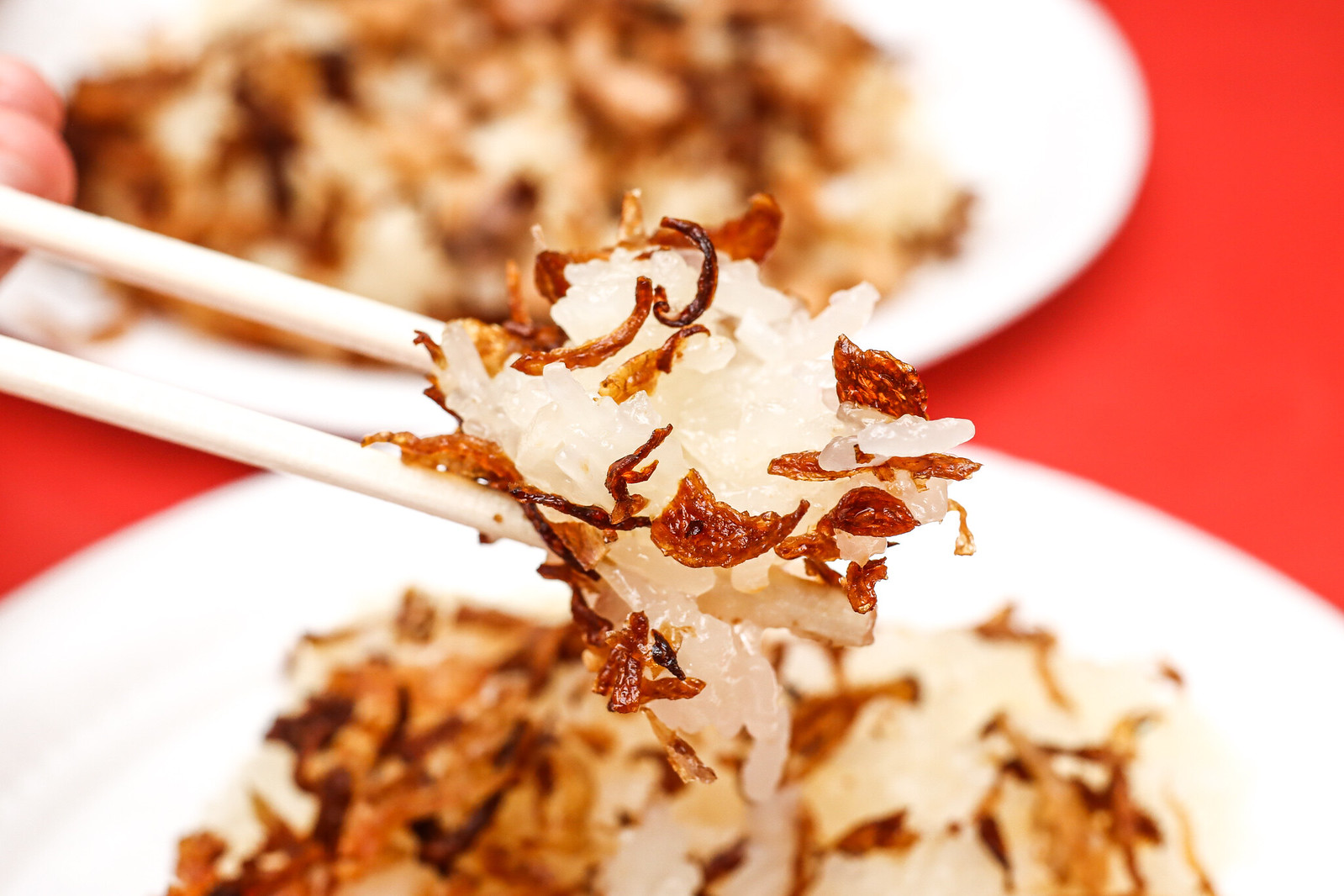 It’s definitely best eaten with the shallots as its savouriness and crispiness cut through the sweet and sticky rice. Unfortunately, I stopped after cleaning out half the plate because the heady sweetness was starting to get overwhelming, even for someone with a sweet tooth like me.

When Steven was handing me my orders, he also suggested mixing a portion of the savoury and sweet glutinous rice together for a different tasting experience. I decided to take him up on his recommendation and tried it. I’ve heard that some of his regulars enjoy the combination but I’d prefer to separate the two and just enjoy them on their own. 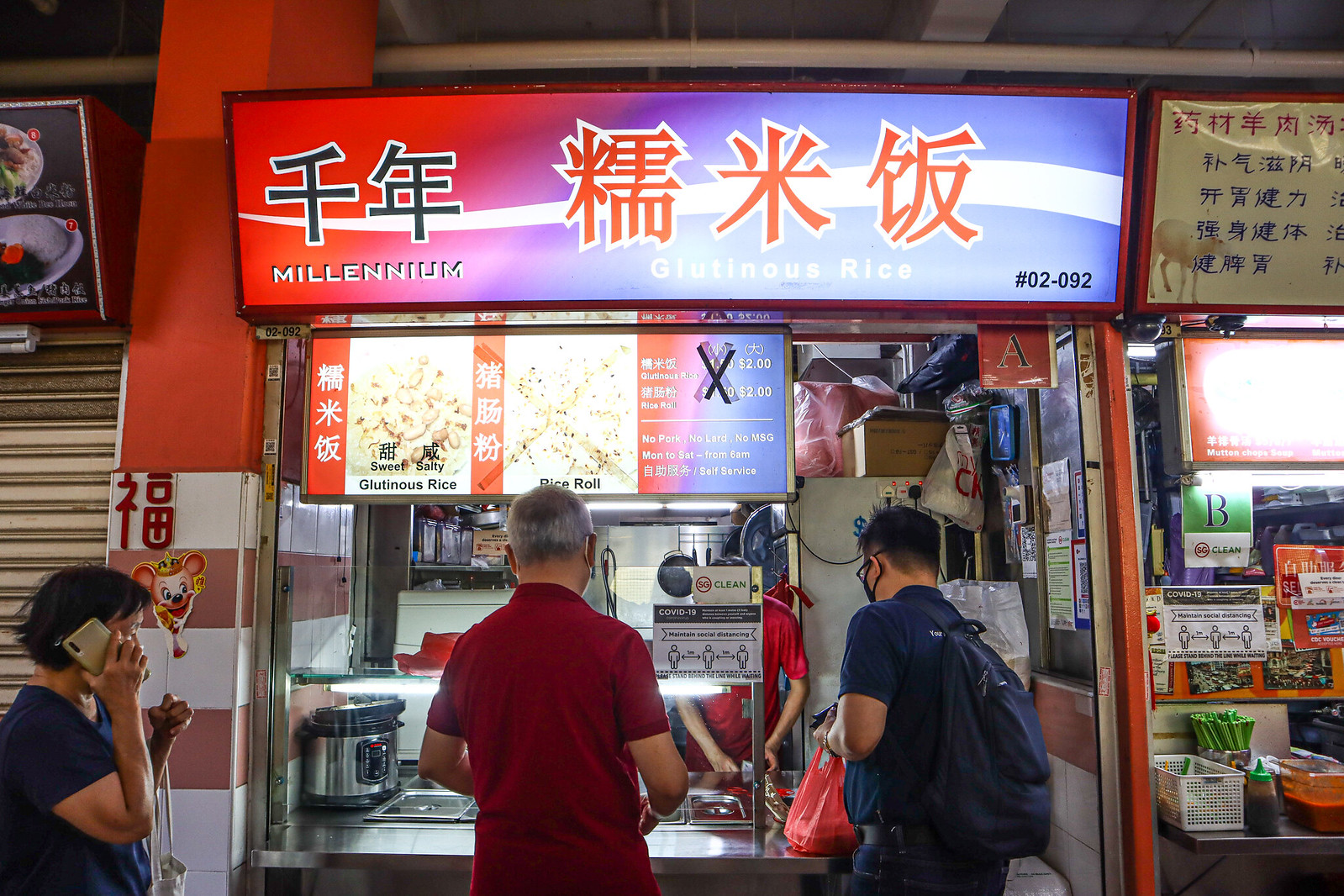 Millennium Glutinous Rice has definitely made itself a favourite on my list and I really hope another ambitious person will learn the ropes from Steven in the future, and continue serving this nostalgic dish in the decades to come. In fact, here’s hoping that it will last for a millennium and more!

Opening Hours: 6am to 2pm, Monday to Saturday.

Let’s build a food community that helps to update the food news in Singapore! Simply comment below if there’s any changes or additional info to Millennium Glutinous Rice. We will verify and update from our side. Thanks in advance!