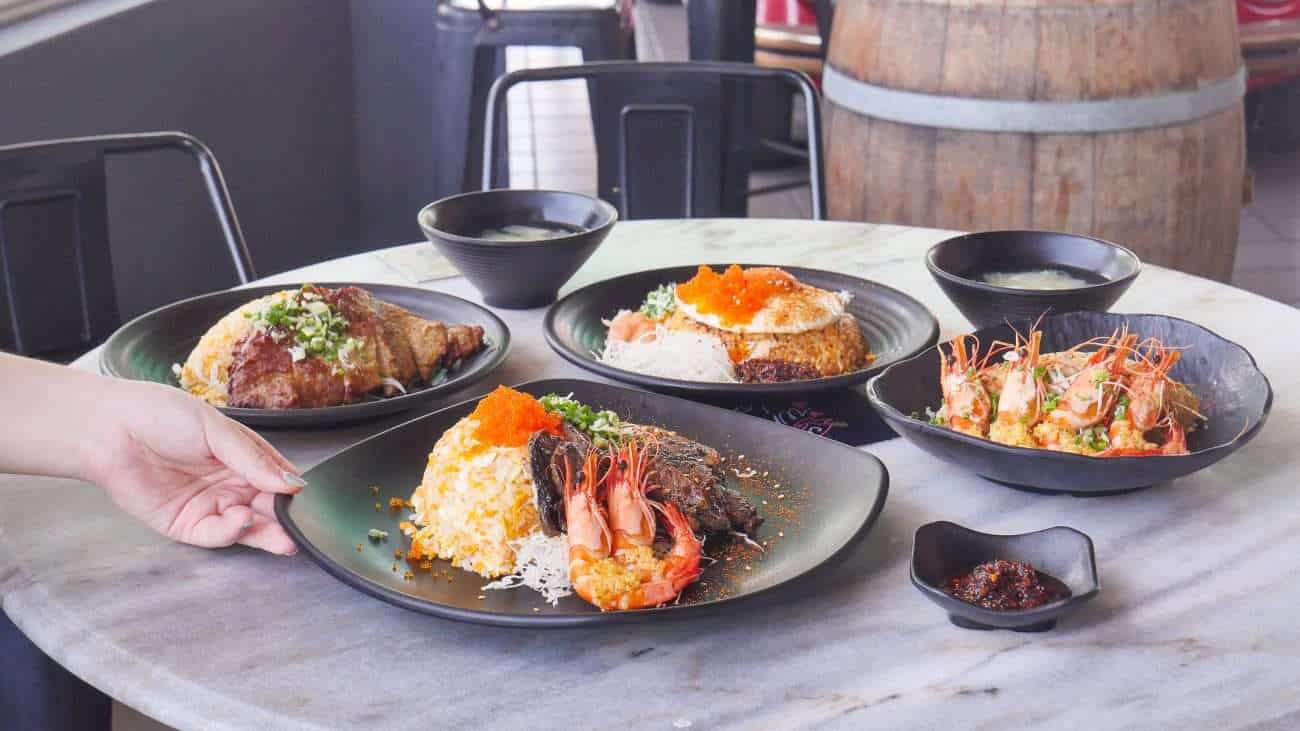 Fried Rice has been the trend of late, with many stalls selling their own take on this classic dish loved by many. Chef and owner Danny has been in the industry for over 20 years, working in countries like Cambodia, Japan and India, before returning to Singapore due to the pandemic. With the positive reception to Oji Egg’s first branch at Parkway despite only having opened in November last year, Danny took a leap and opened their second stall at Bedok Marketplace. 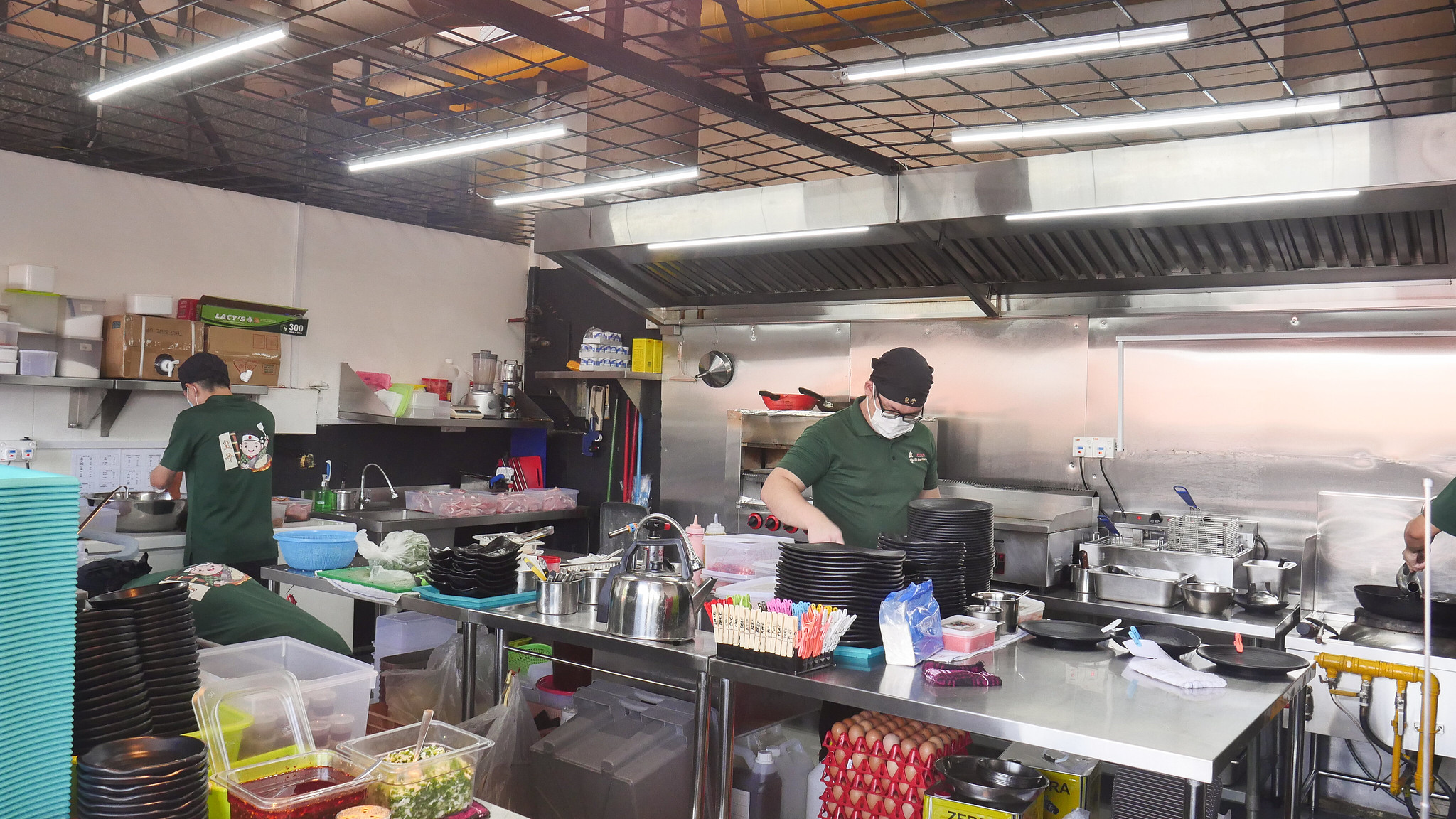 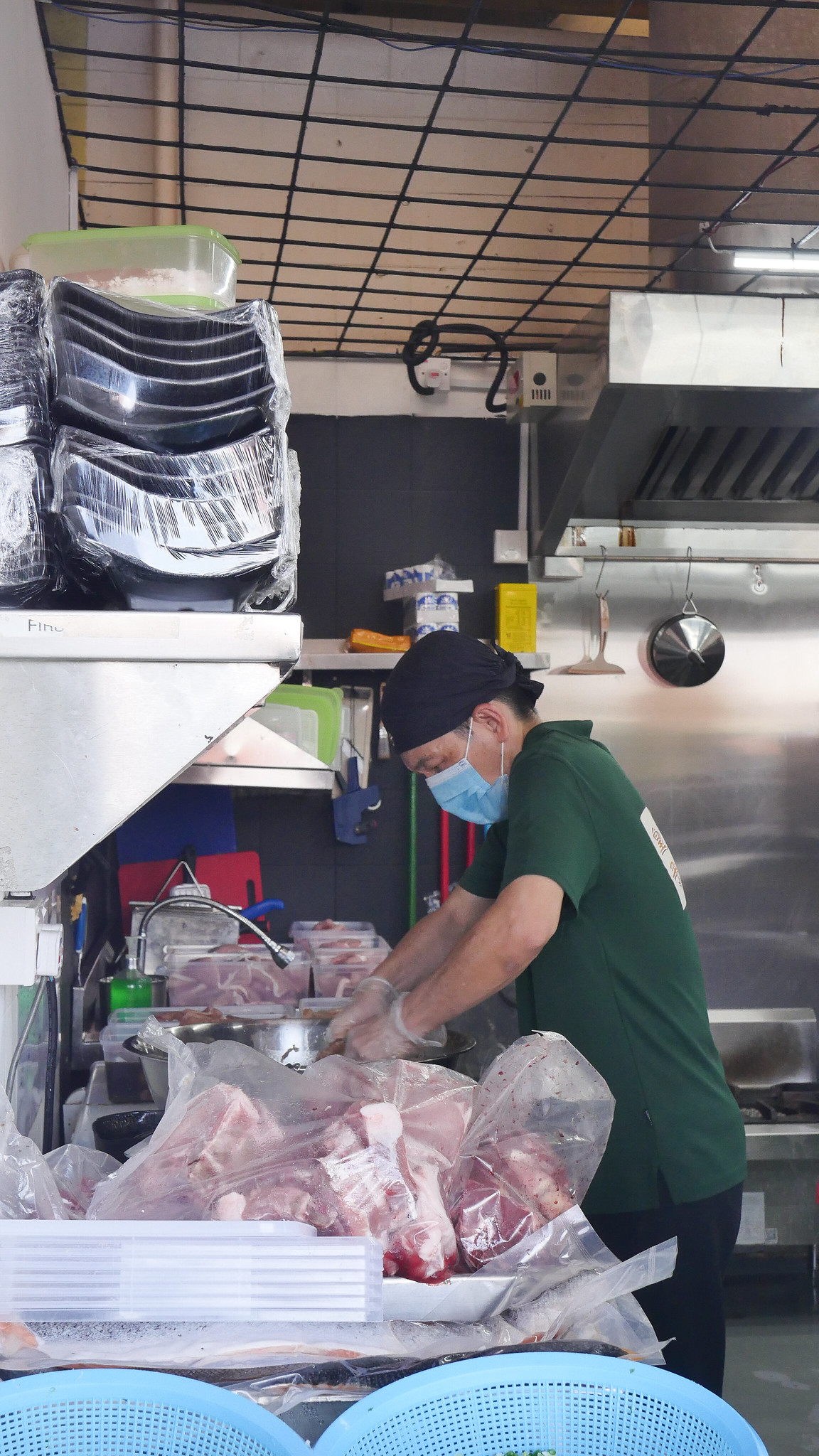 Spanning across 2 stalls, their Bedok Marketplace outlet would be considered their “main” outlet. Given the large kitchen space, here is where all the ingredients are prepped — from marination of meats, to frying of their chilli sauce. They pride themselves on using the highest quality of ingredients here — Koshihikari Japanese pearl rice, corn-fed eggs, and even a specially selected Japanese wok. 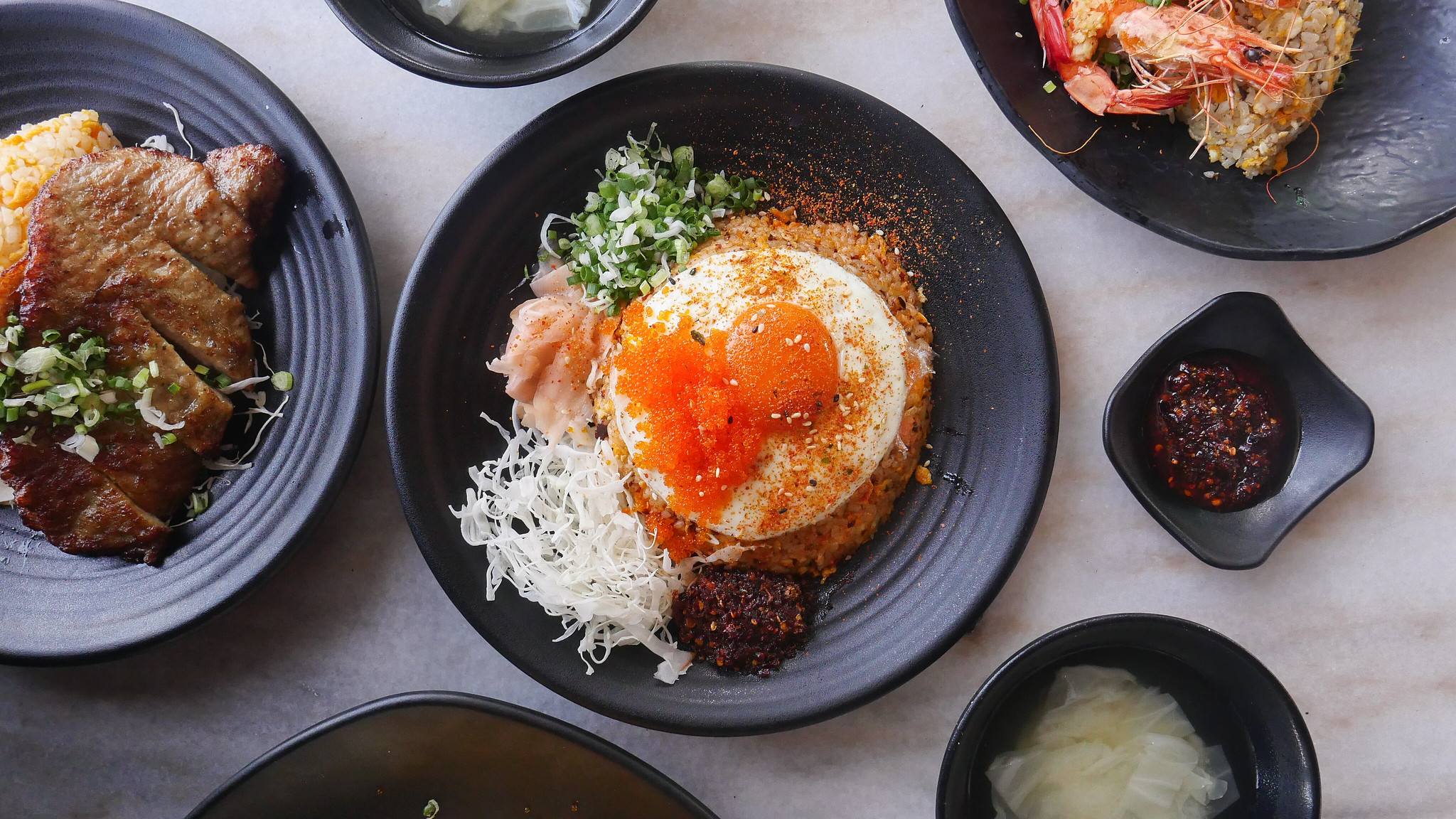 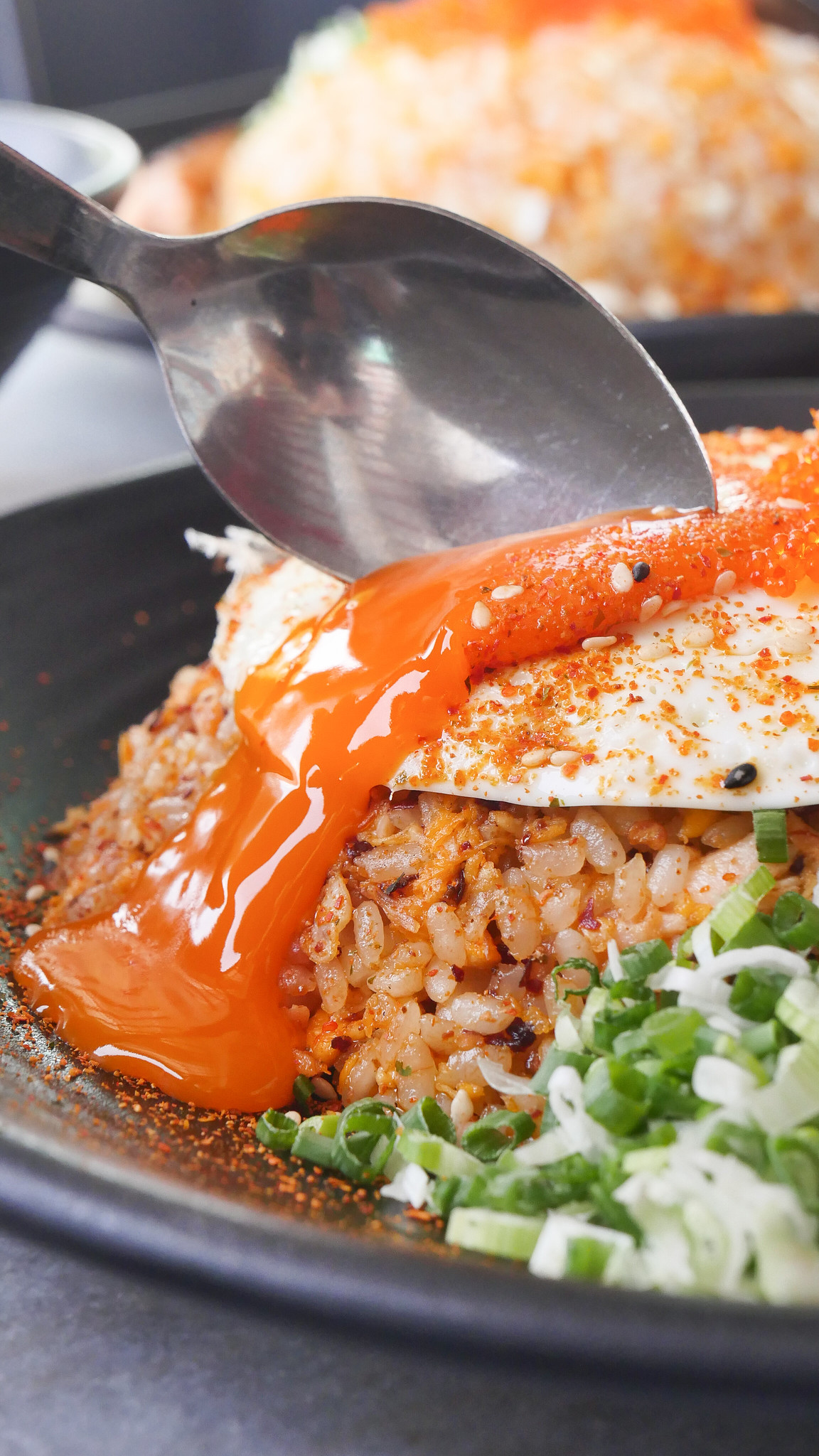 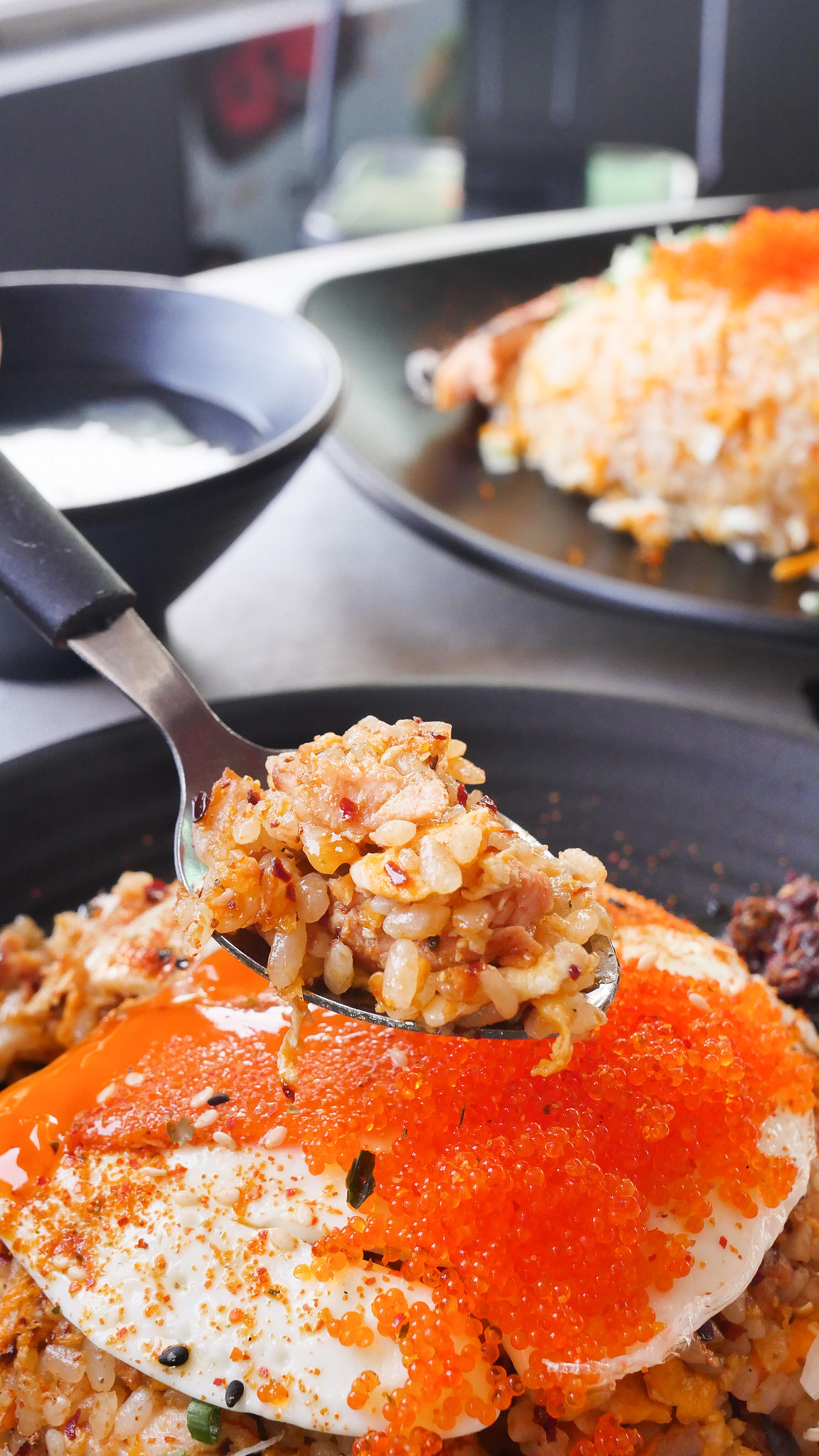 Only available at their Bedok outlet, the Signature Spicy Mala Salmon Fried Rice ($8.90) was a fragrant delight. Despite its name, the spice level was actually very tolerable. The mala spices provided the aromatics more than it did a fiery kick, which is perfect for those who do not have a high spice tolerance. Bits of salmon could be found within the rice, and I would say that they were rather generous with the salmon — each bite I took had pieces of salmon present. The dish had a perfectly cooked sunny-side up that had a runny, orange yolk. Corn-fed eggs tend to have an orange yolk, instead of a yellow one, and give a richer flavour, which pairs well with the rice. 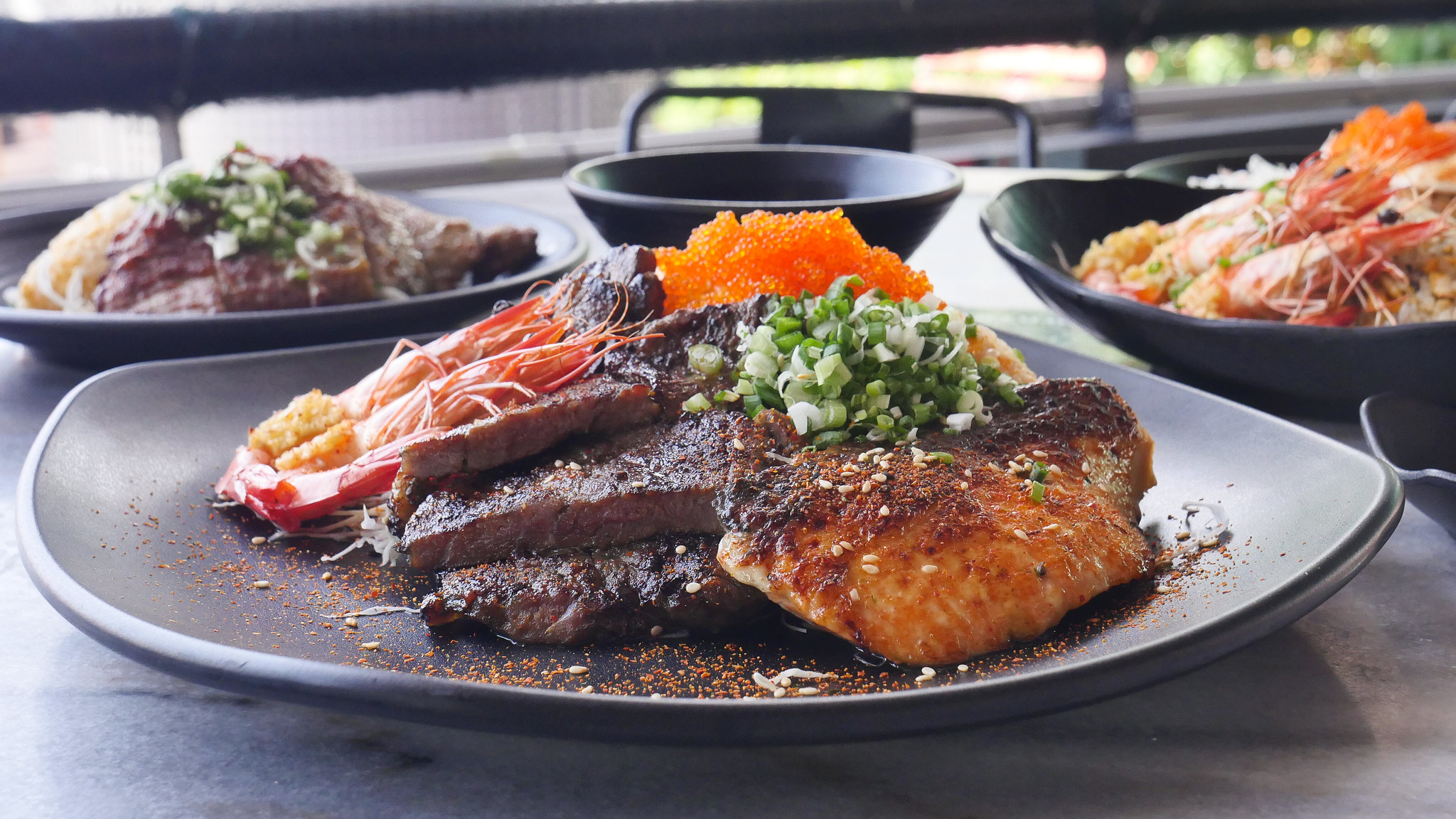 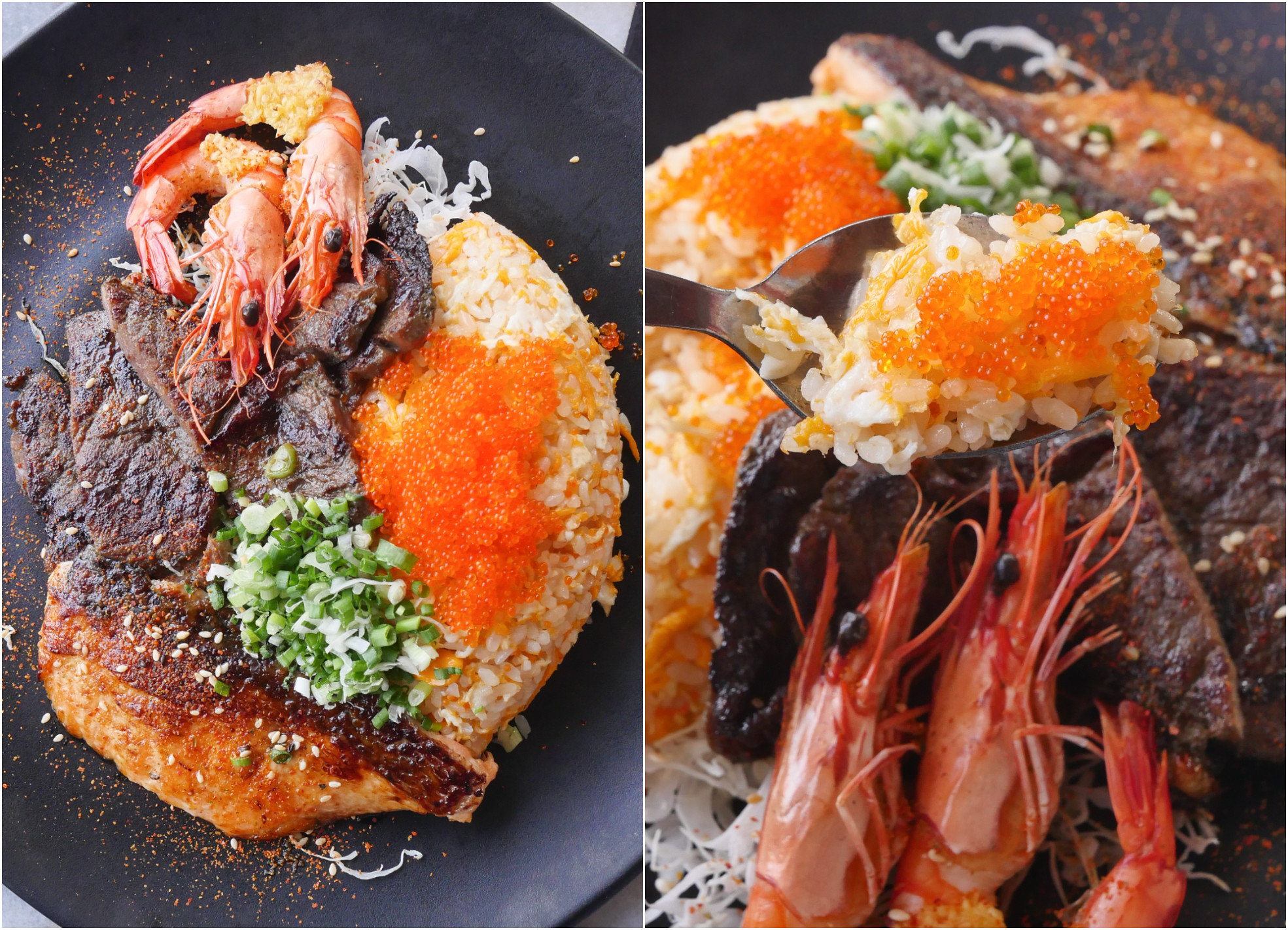 Their signature dish, the Oji Premium Egg Fried Rice ($15.90) was quite possibly the most decadent plate of fried rice I’ve ever had. Topped with butter garlic prawns, a large piece of Norwegian salmon, and a slab of peppery US rib-eye, the rice is cooked differently from the rest of the options. Whipped up with more egg, and some tobiko, the rice had a deeper flavour, and was armed with a light crunch from the tobiko. The garlic prawns were very fresh and crunchy, and I liked the chopped garlic on the prawns. The juicy and tender salmon was coated with a miso mayo layer before being grilled in a special Japanese grill. 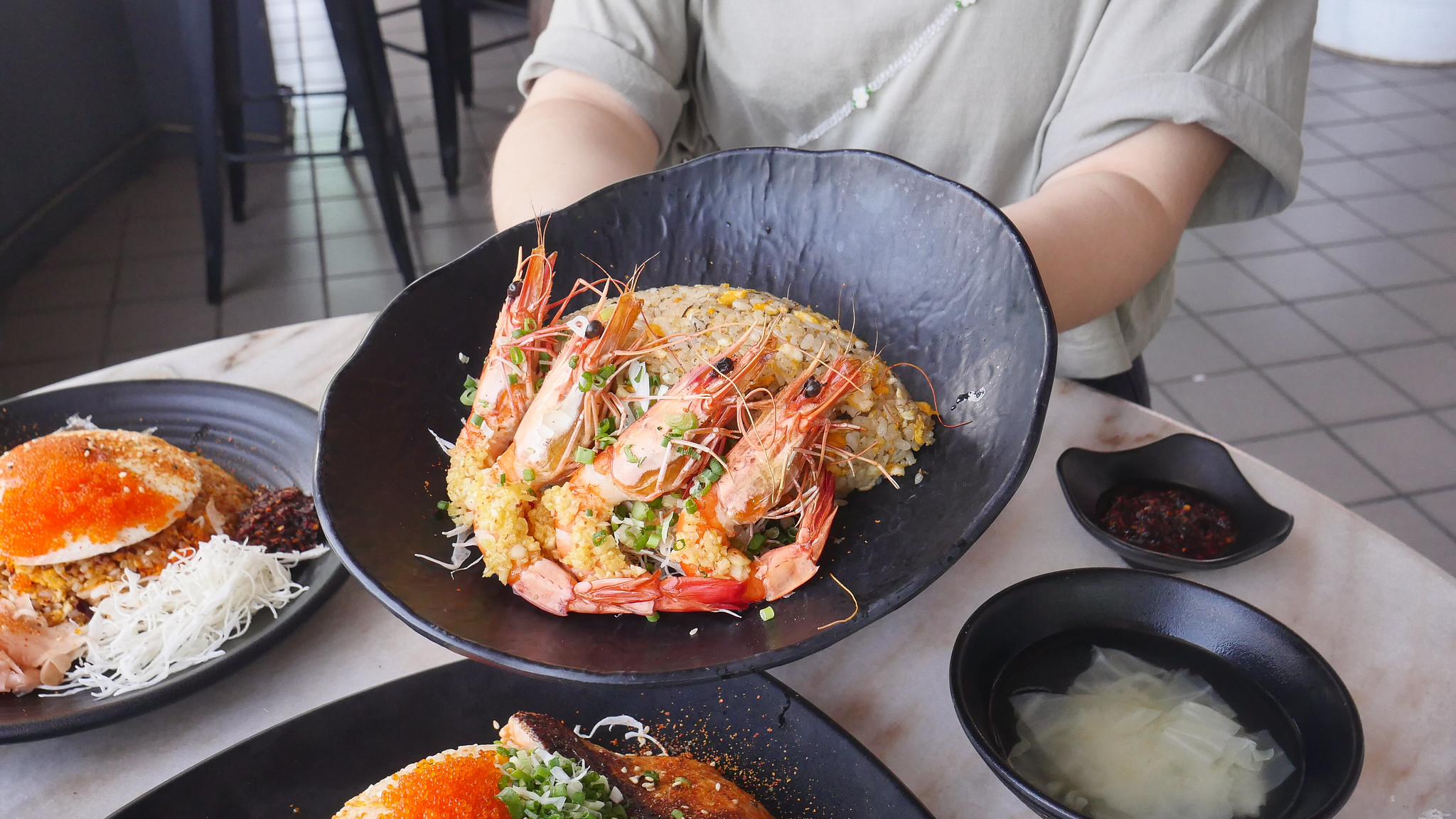 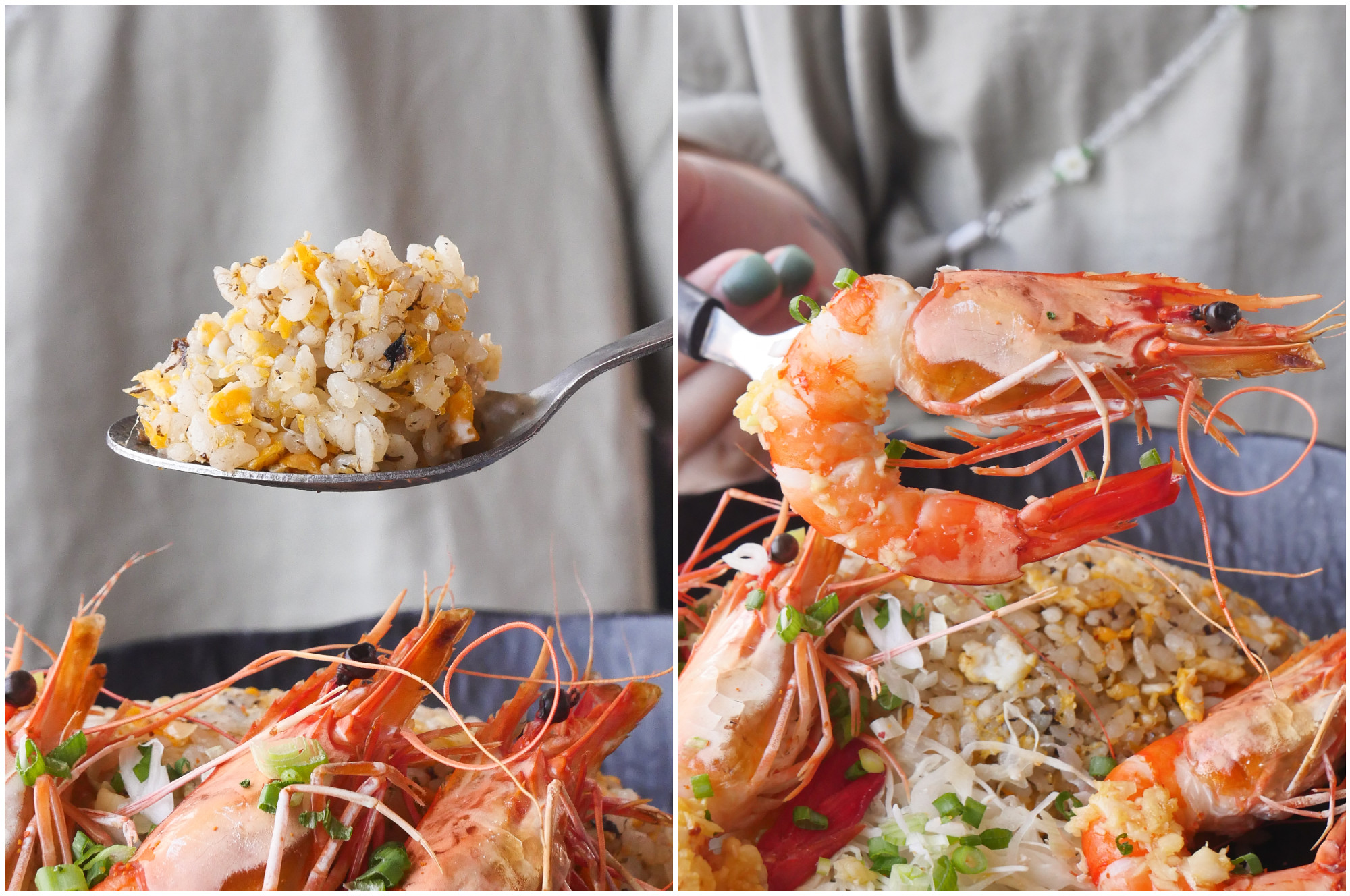 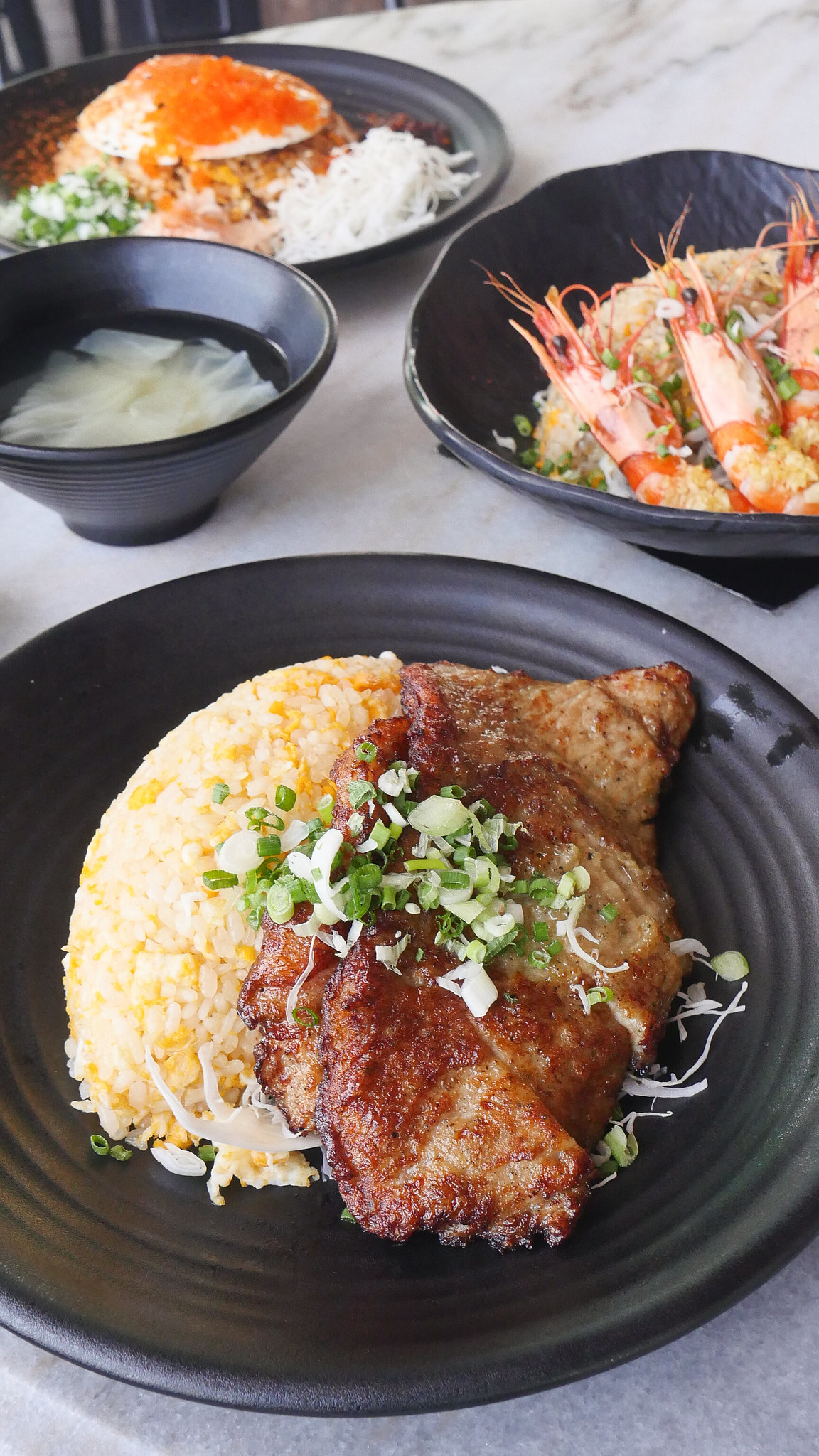 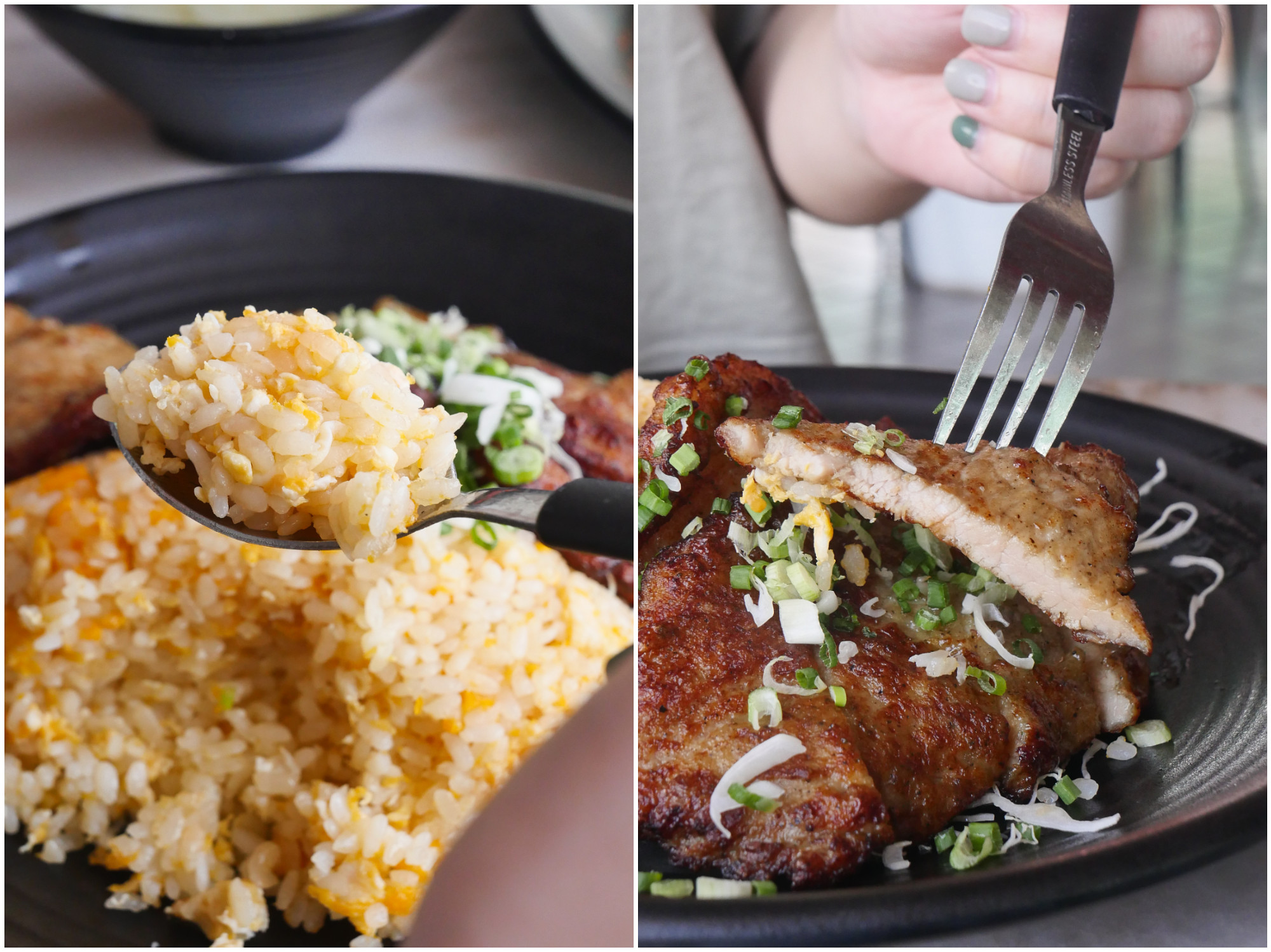 Apart from their lavish dishes, they do also serve simpler ones. Their entry-level Pork Katsu Egg Fried Rice ($6.90) was very Din Tai Fung-esque. You can expect a large serving of fluffy rice with an equally generous amount of Pork Katsu. Half expecting the Pork Katsu to be tough, I was pleasantly surprised that theirs was flavourful and tender.

Portions here are rather generous, and you can top up a dollar for Mala or $2.50 for Truffle Rice. Another thing that sets Oji apart is the unique oval-dome shape that their rice comes in.

While there are now many fried rice stores in Singapore, Oji Egg stands out with its premium Japanese-influenced dishes! 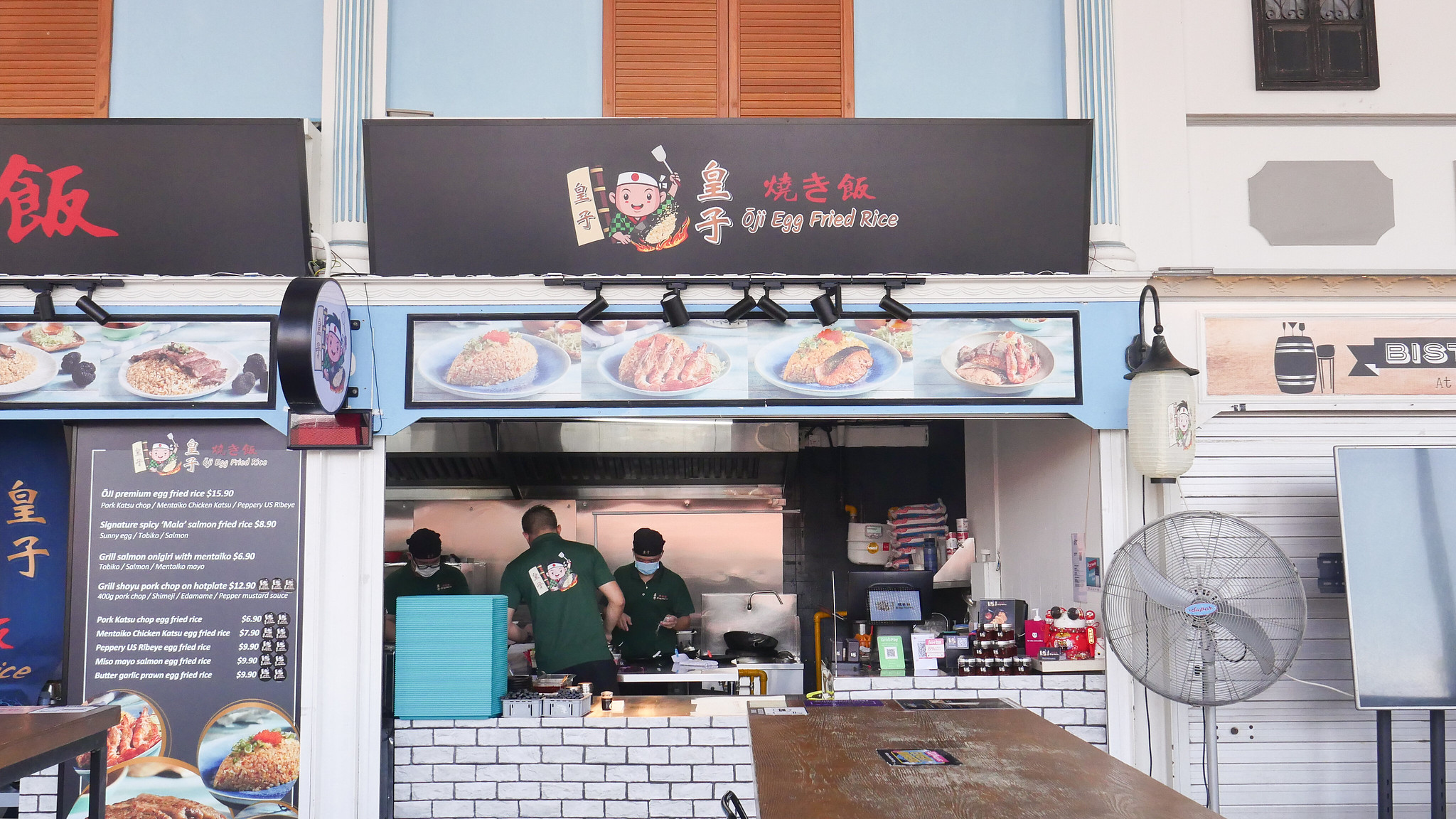 With a family that has a passion for food, food has always been a part of Ashley's life. If she's not busy testing out recipes in the kitchen, she can be found on a food adventure around the city.