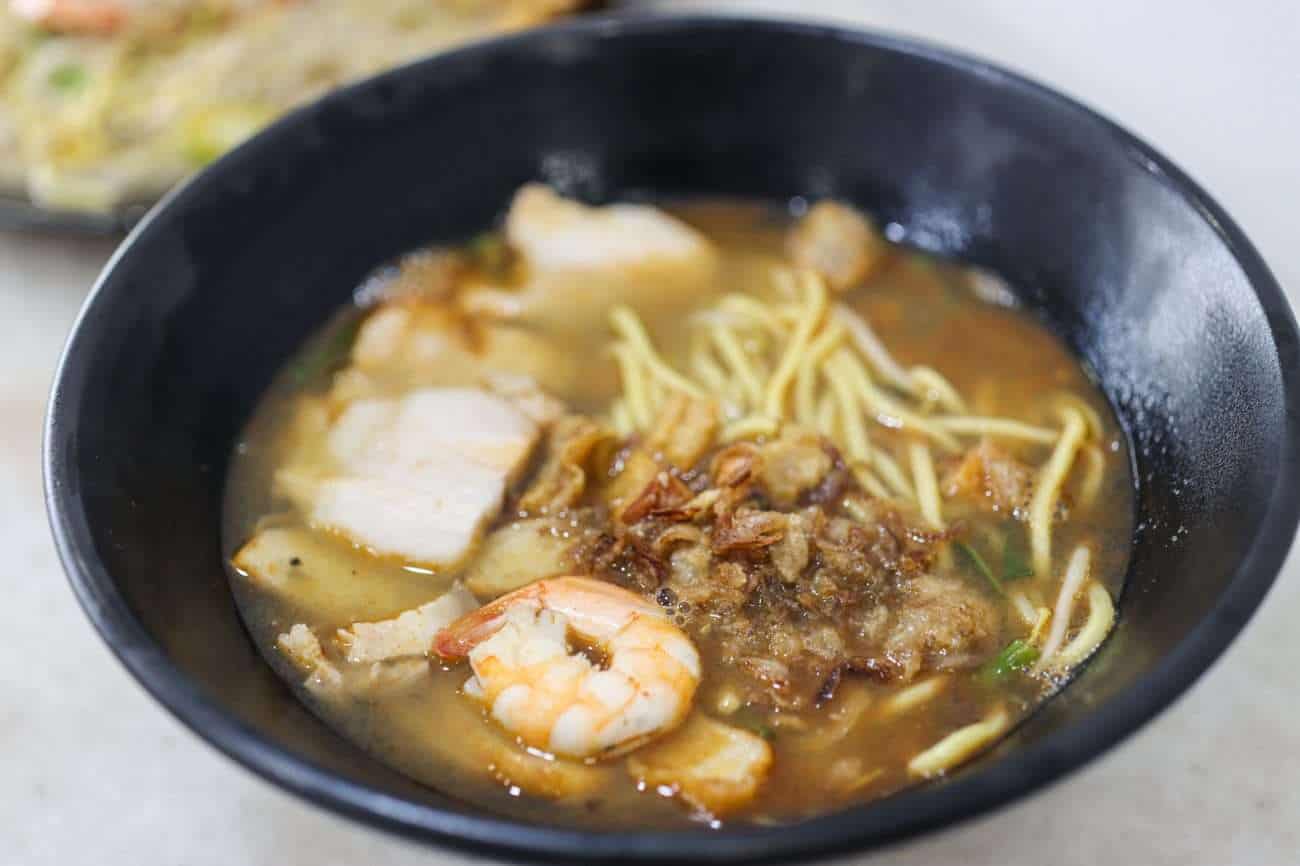 It’s always easy to miss the eateries lined up along Novena Gardens and Novena Regency, but they’re worth making a stop at if you’re in the area. And if you just happen to be craving prawn noodles and hokkien mee, Prawnography is a place you should visit! Those who easily work up large appetites will also be pleased to know that they have huge, deluxe portions that come with more premium ingredients that will satiate your tummy. 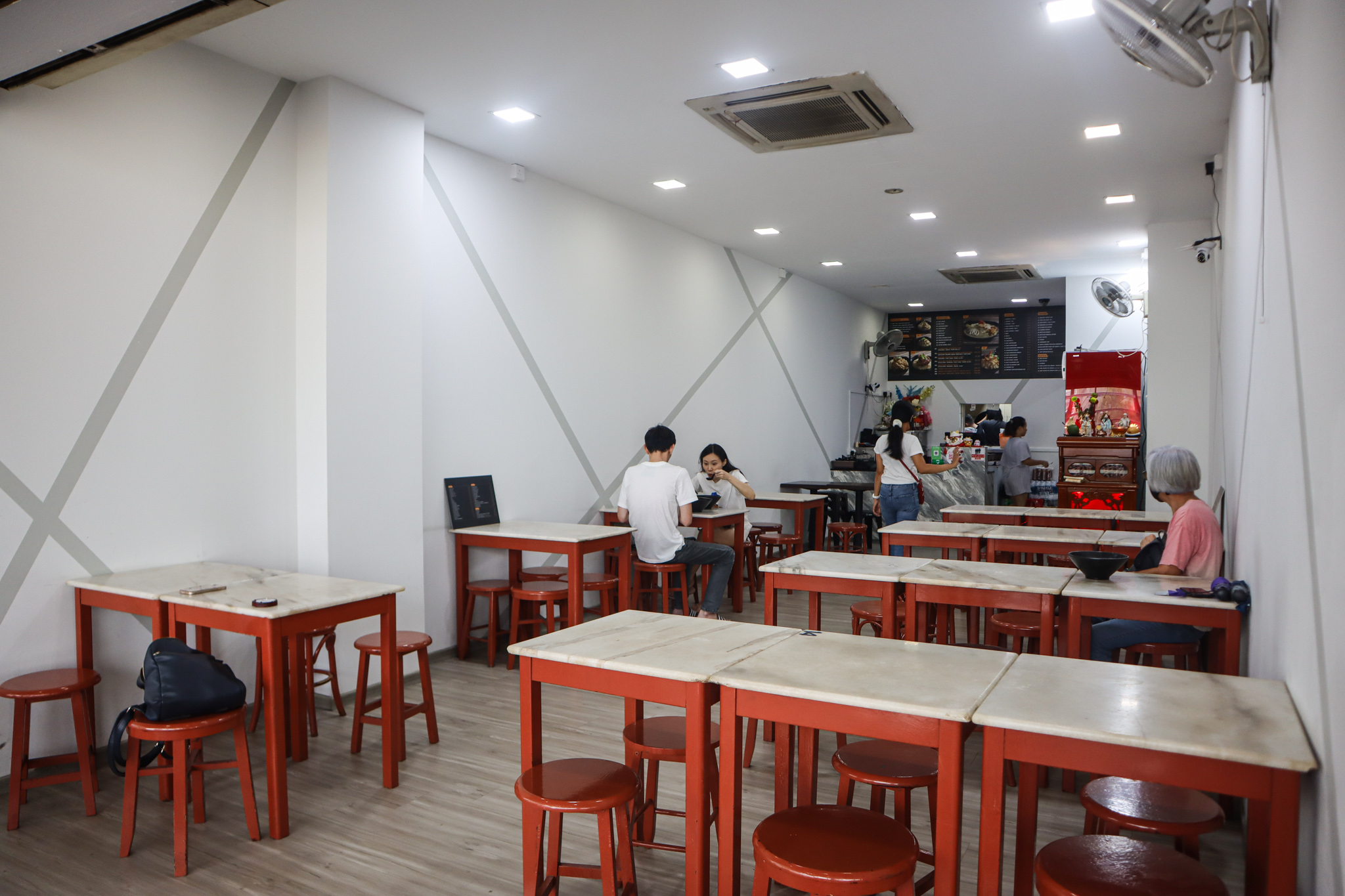 Previously located in a coffee shop at Punggol, the spacious eatery filled up quickly around lunchtime so you might want to get there early to secure a table. They also have more tables available outdoors. 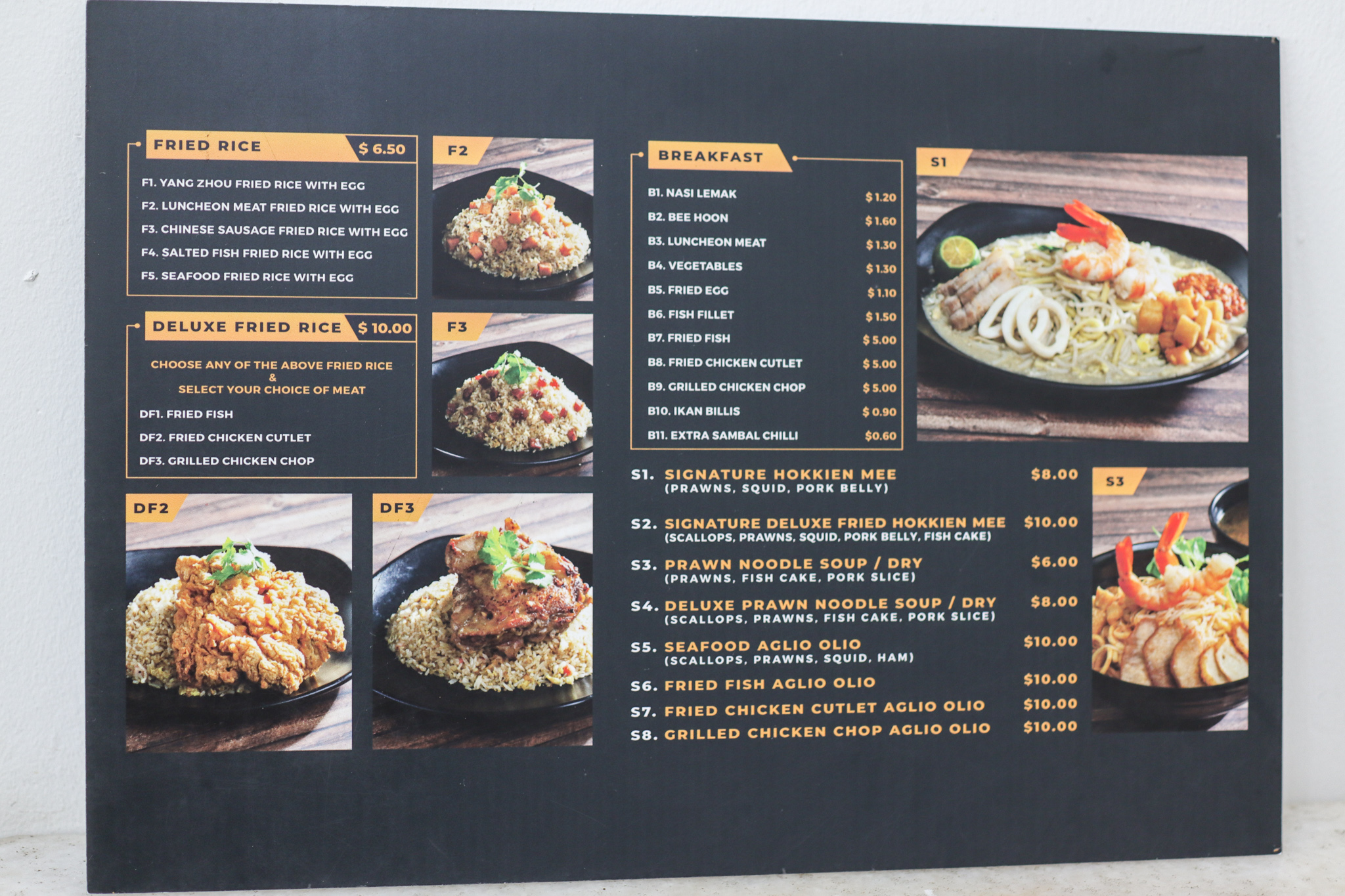 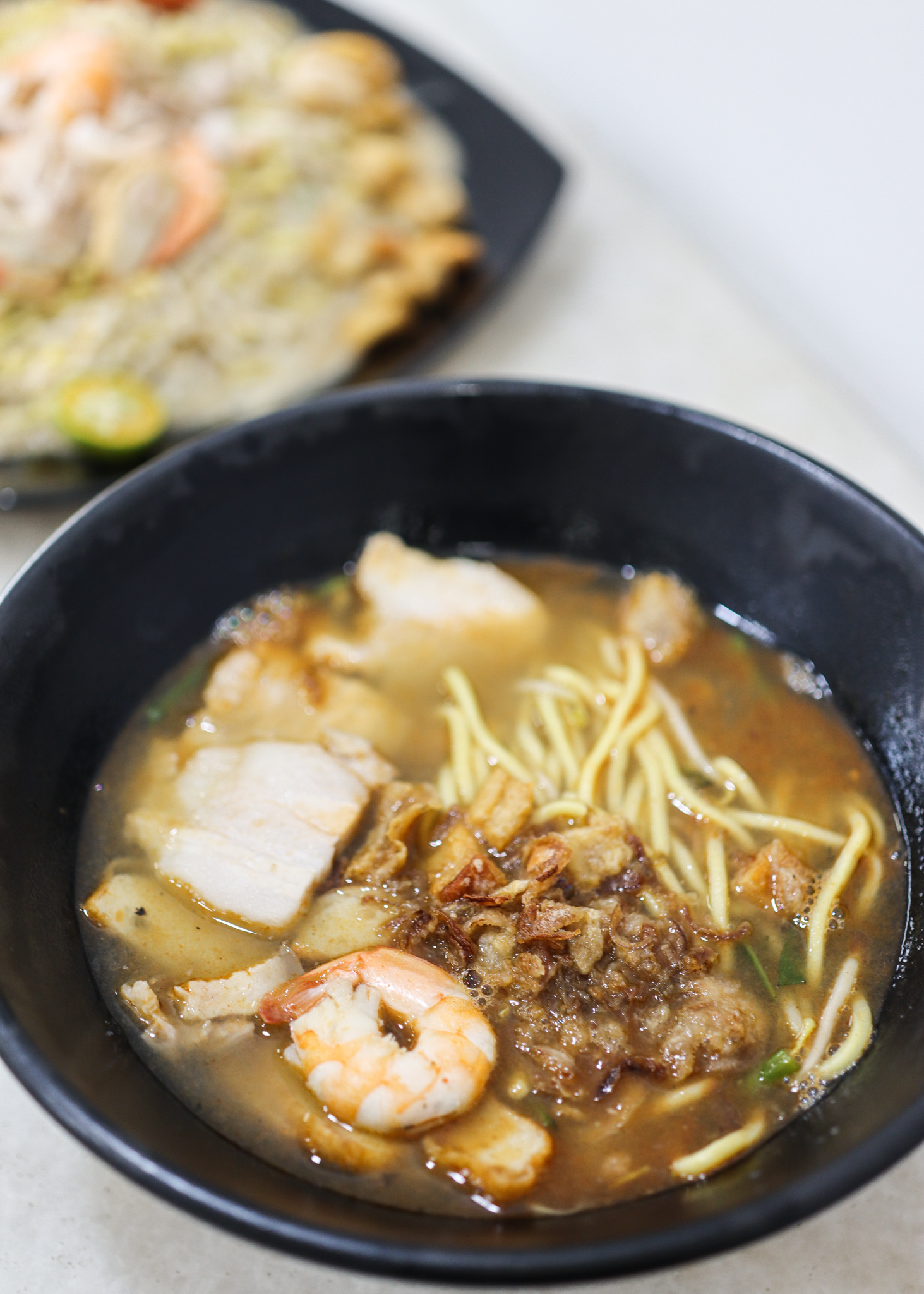 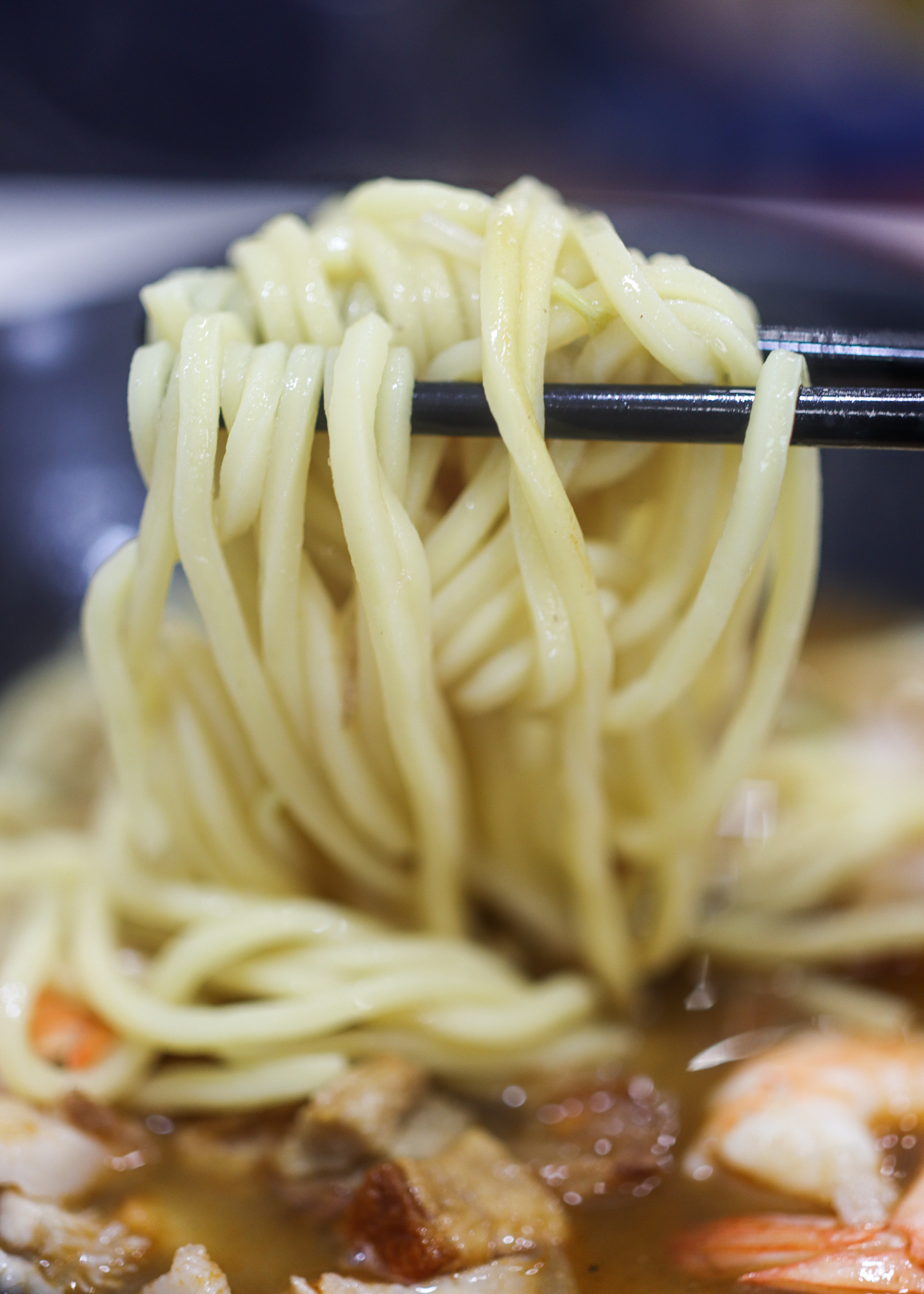 I opted for a simple bowl of Prawn Noodles ($6) and went for the soup version. While the broth could have afforded to be more robust and rich, there was still that distinct sweetness that lent flavour to the soup. There was also a liberal sprinkling of fried shallots, contributing another layer of aroma to the broth. No alkaline taste from the noods, so that was a plus point! 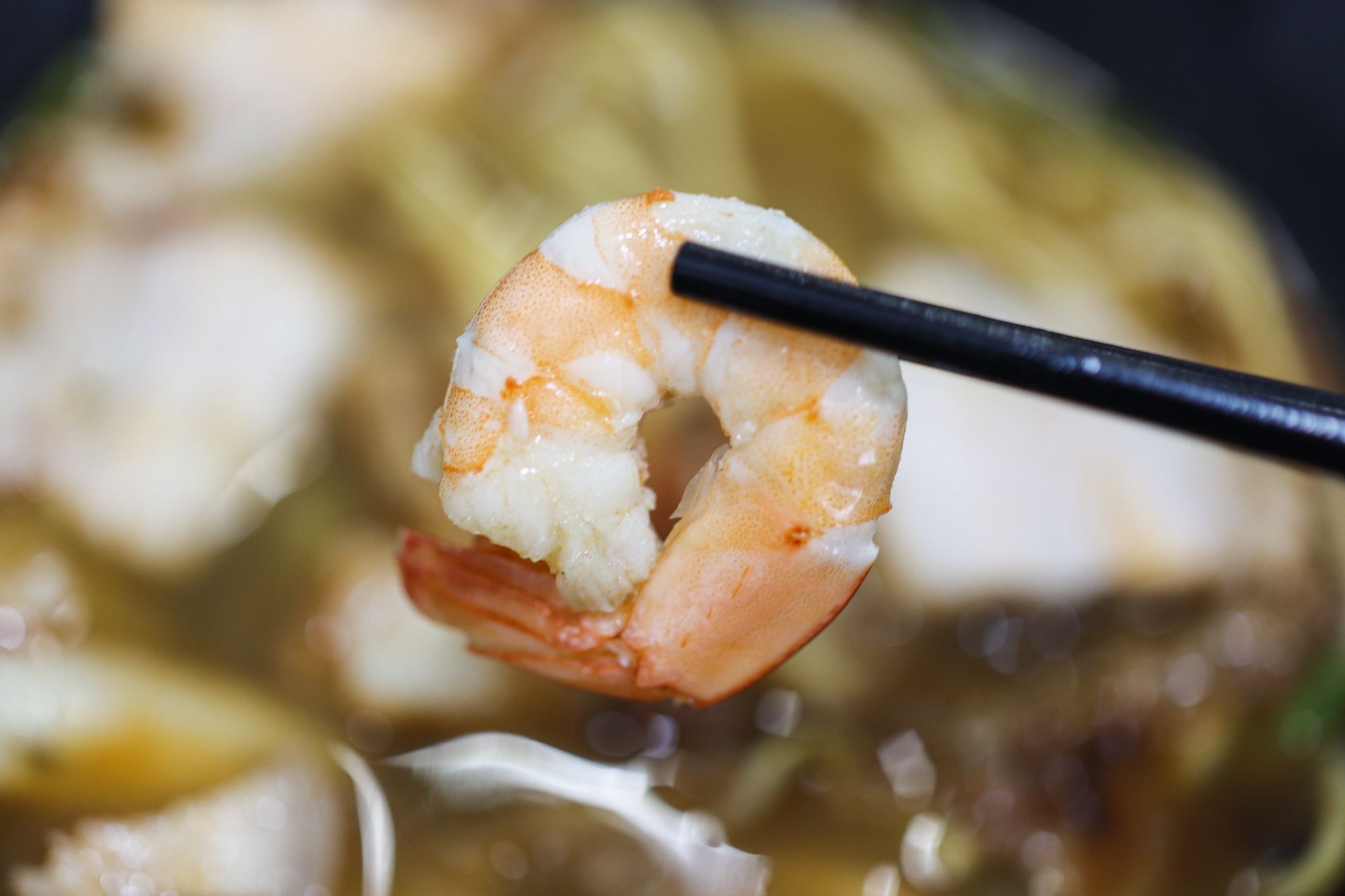 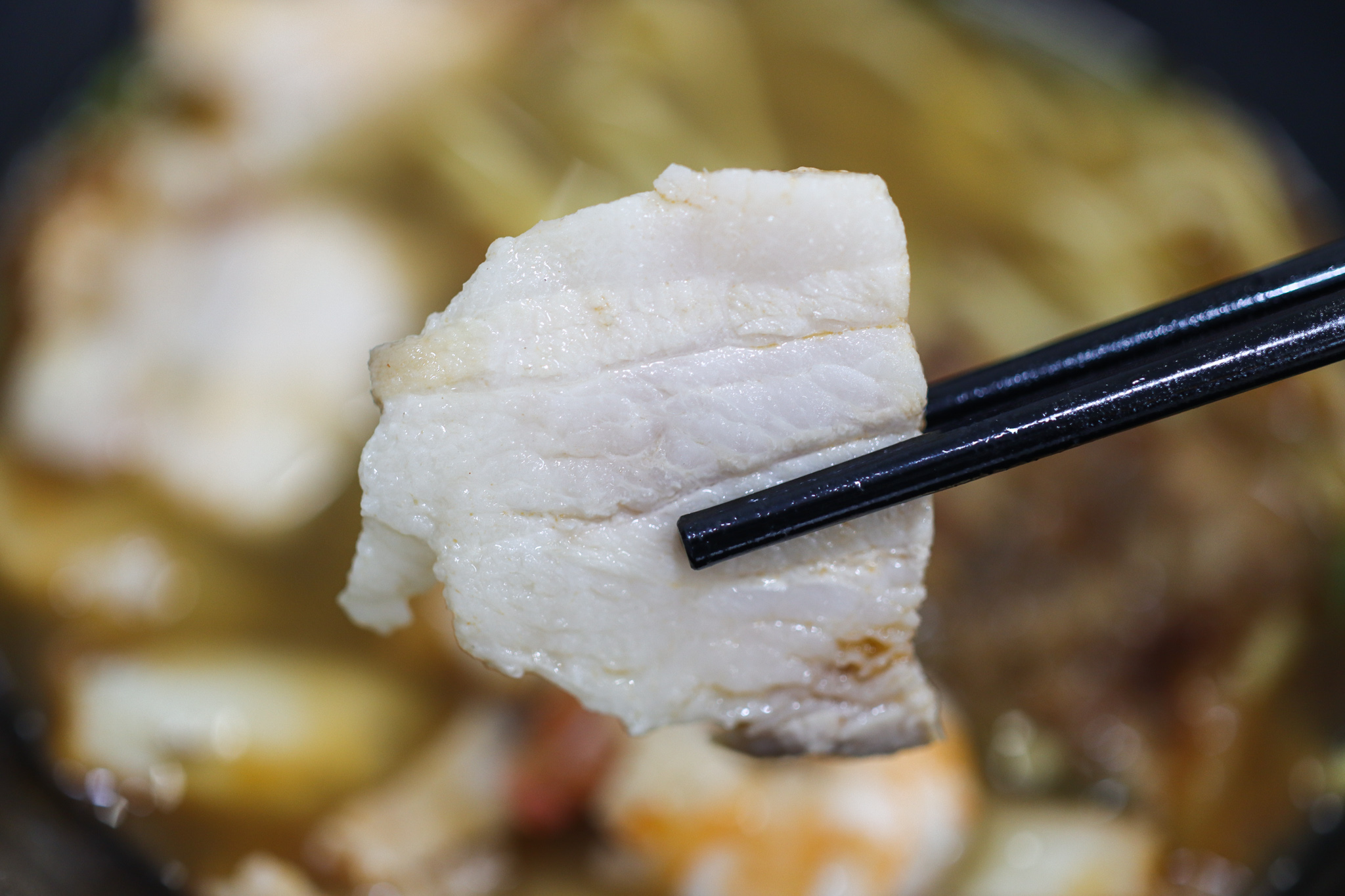 The peeled prawns were firm and sweet, but it was a little disheartening to only find two in the bowl. The slices of pork had more fat than meat, which would probably see mixed reactions from customers depending on their preferences.

In addition, there were also fish cake slices and chunky pieces of pork lard. While the latter might have lost its crunch from being soaked in the soup (reasonably so), each piece still yielded that sinful, lardy flavour that was super indulgent. 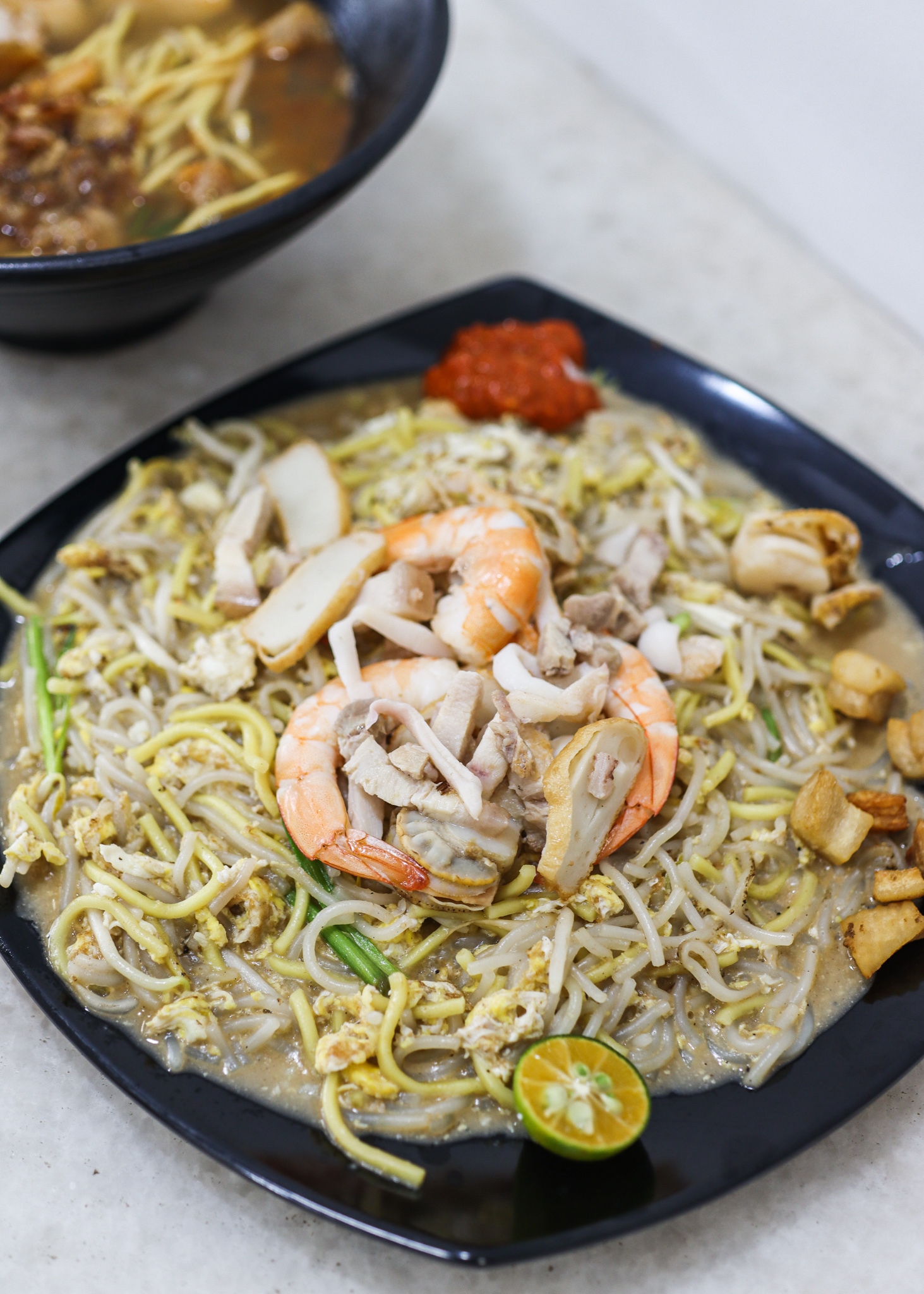 I was surprised to see that they had a Signature Deluxe Fried Hokkien Mee ($10), which comes  with scallops and fish cake in addition to prawns, squid and pork belly that are the original stars in the regular version. The moment I received my plate, I can completely understand why it costs $10. Apart from the extra ingredients, the portion was beyond generous. In fact, one plate can probably feed two people. 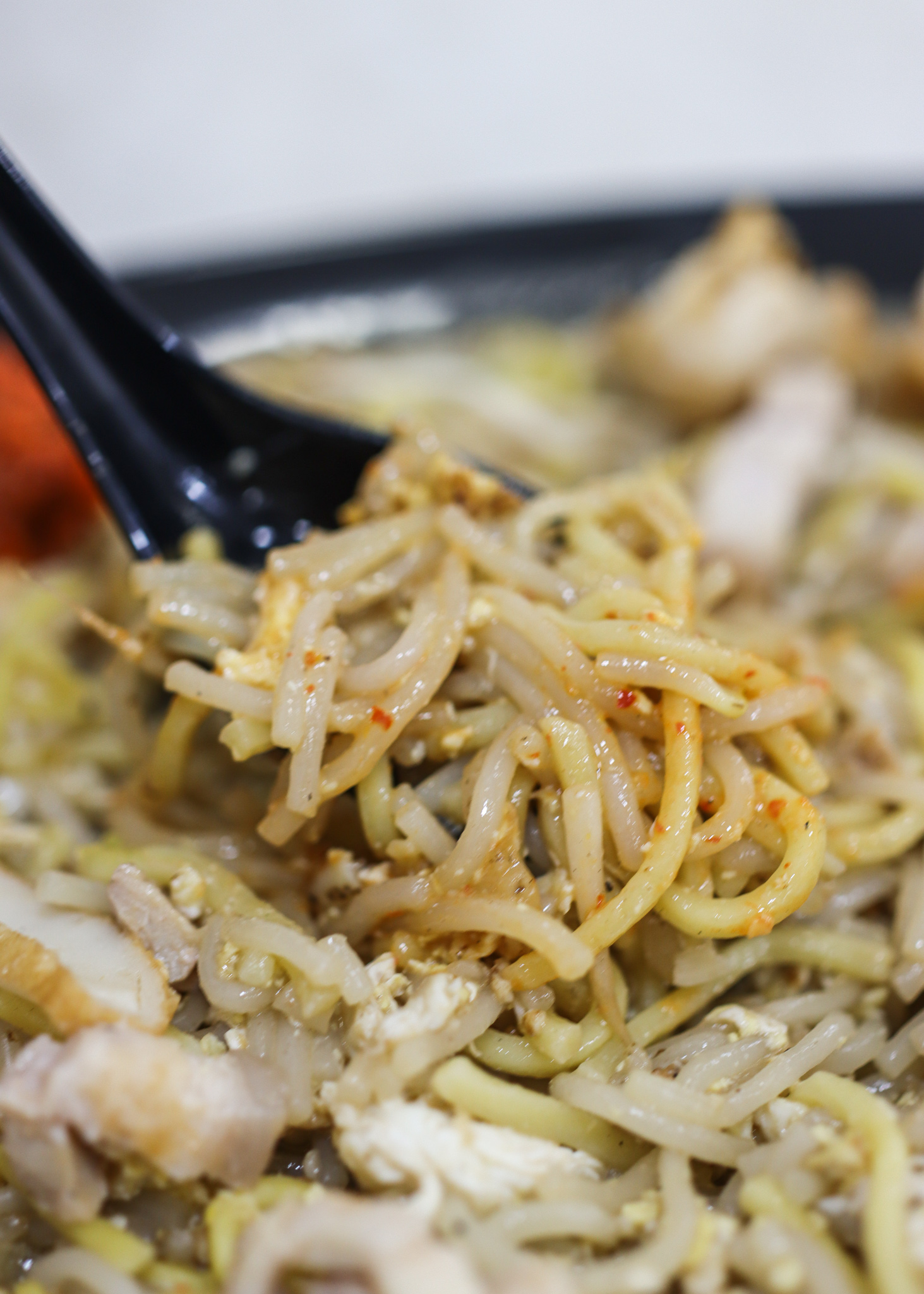 There was an instant breath of wok hei from the first bite and the Hokkien mee was on the slightly stickier side. The chilli on the side was definitely spicy enough and had its own distinct smokiness, which really elevated the Hokkien mee when mixed in. It’s a shame that there was only a small dollop of it, especially when there’s so much hokkien mee to go around. 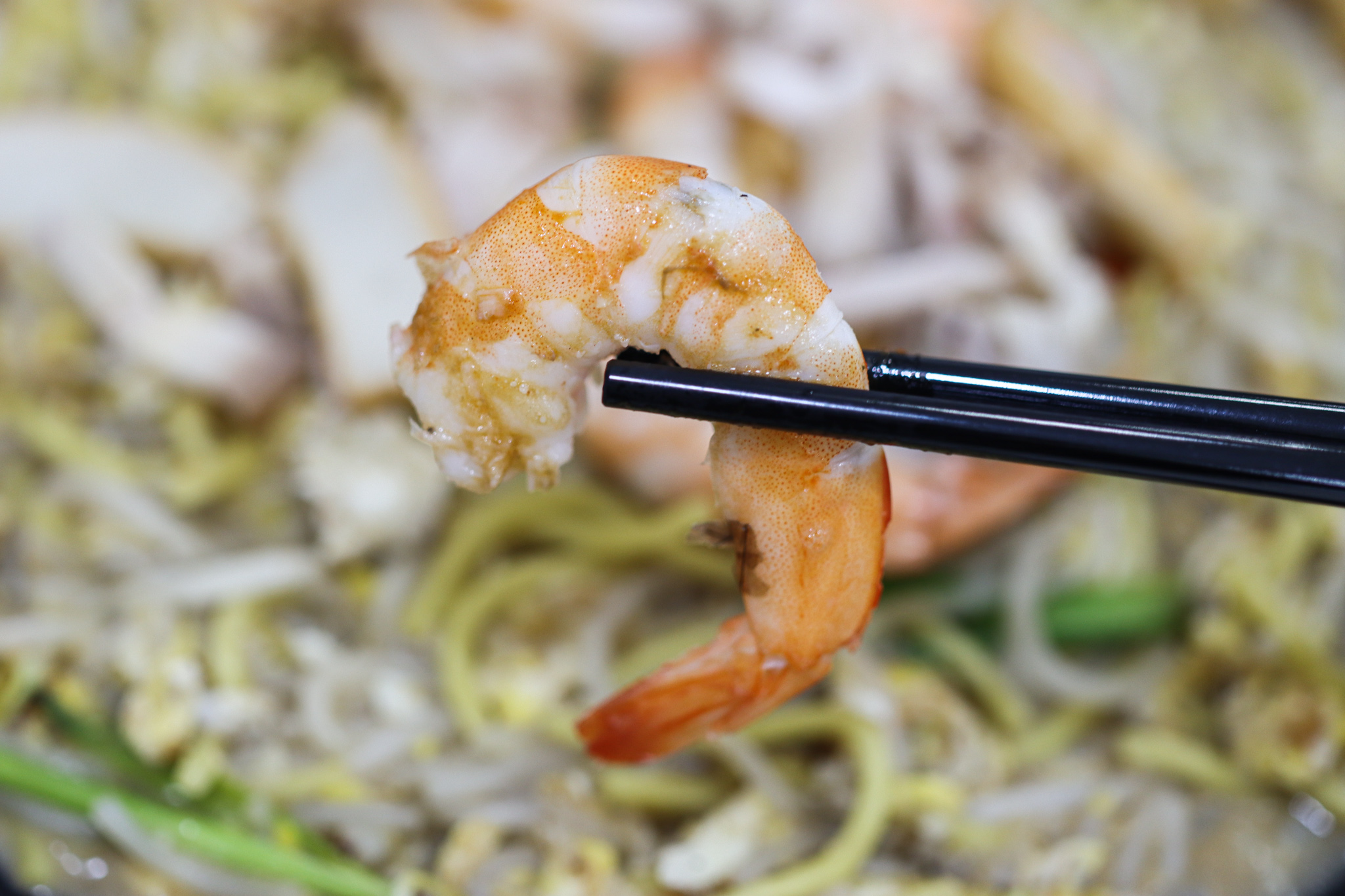 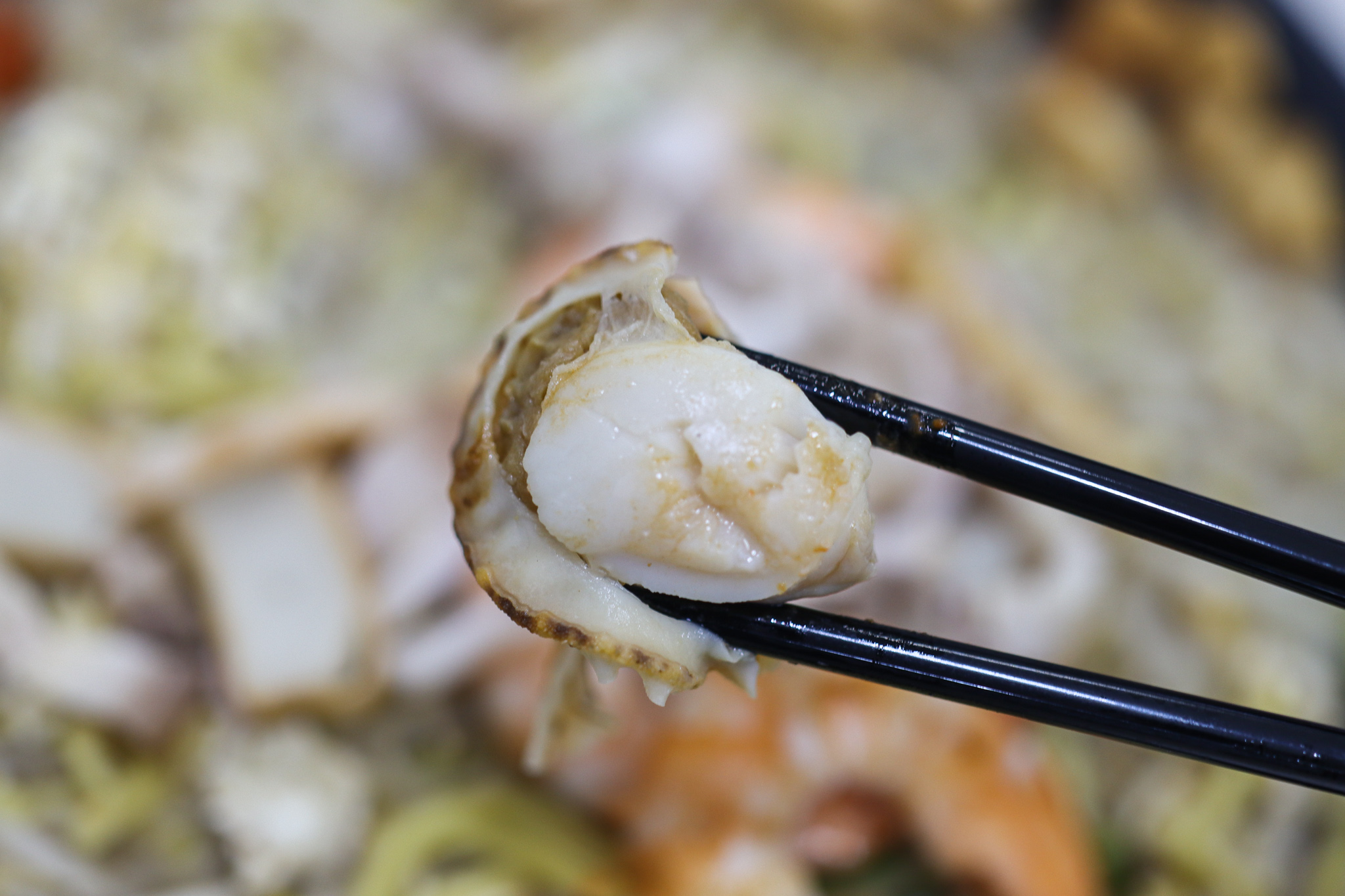 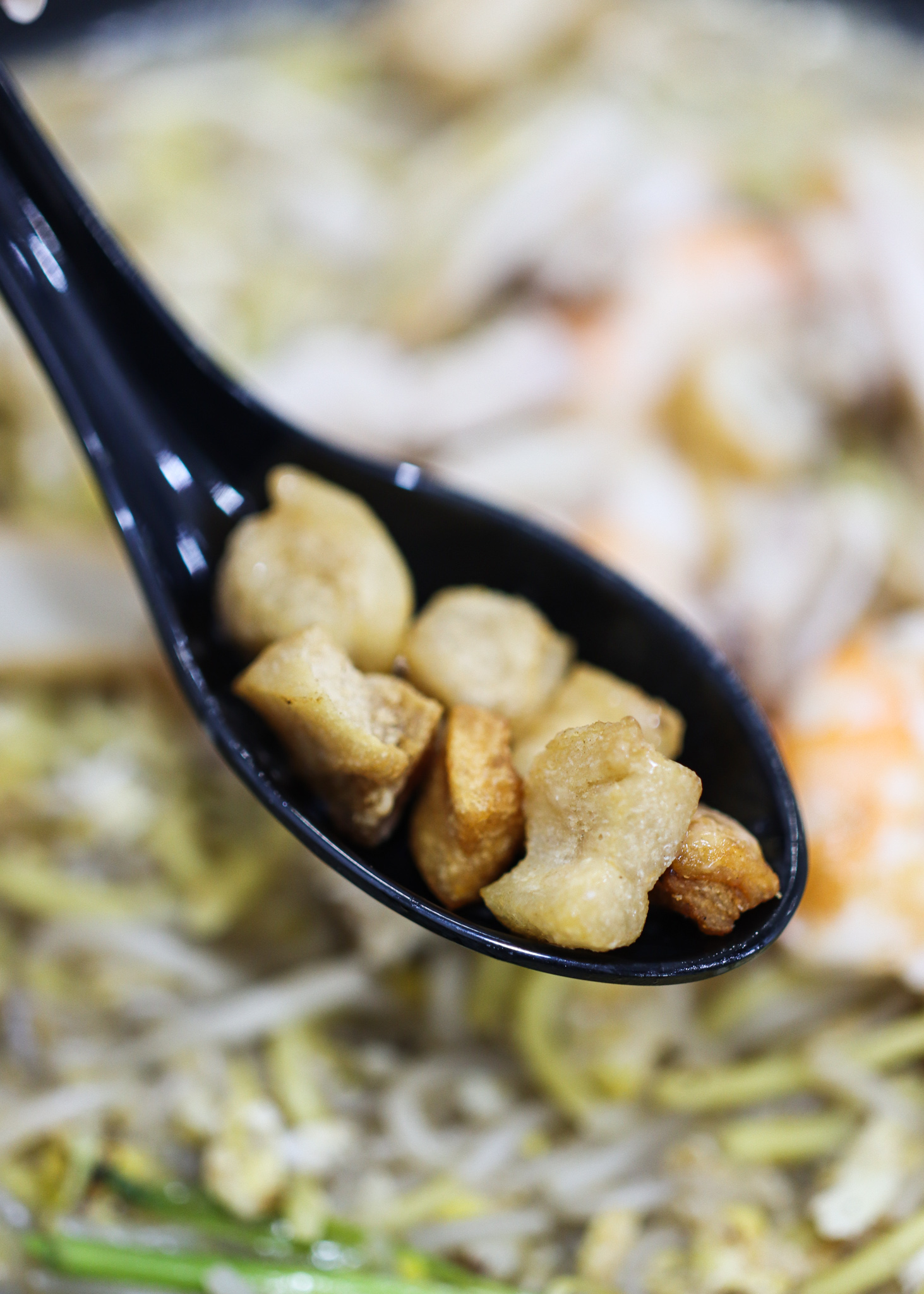 The prawns were also peeled here and slightly larger with a good bite and fresh sweetness, and the scallops were equally large, slightly briny and plenty chewy. While the pork lard pieces were not as crispy as they looked, they were certainly fatty (not to mention, large) and rather enjoyable. 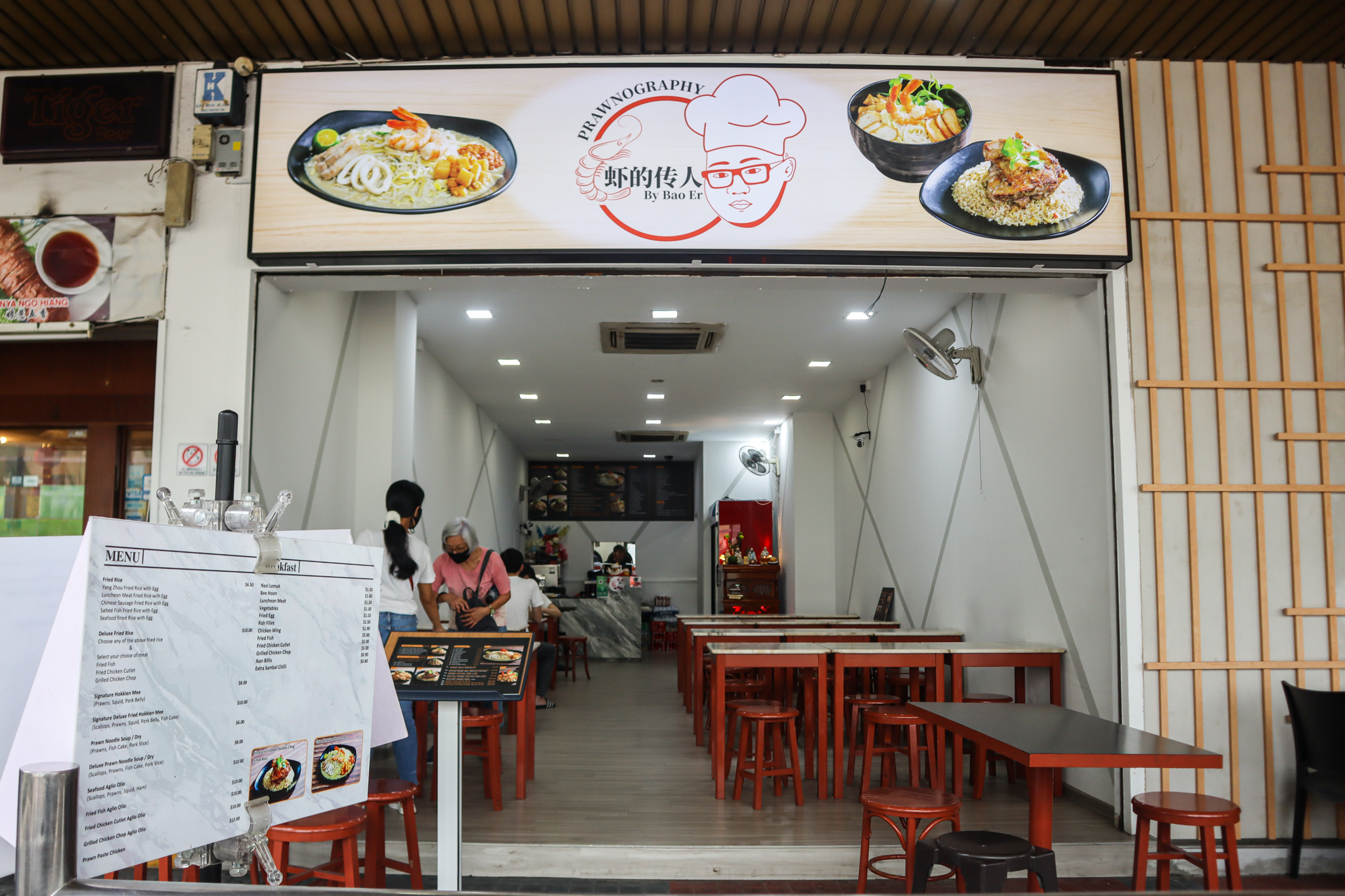 Prawnography is definitely an underrated eatery along with the rest of its F&B neighbours along that same stretch. Sure, you might argue that you can get good Hokkien mee and prawn noodles for cheaper in hawker centres but for an eatery, I’d say it’s worth a visit!

Let’s build a food community that helps to update the food news in Singapore! Simply comment below if there’s any changes or additional info to Prawnography. We will verify and update from our side. Thanks in advance!