You are here: Home » * Must Try * » The Better Half – Mesmerising Cakes That Taste Better Than They Look!

The Better Half – Mesmerising Cakes That Taste Better Than They Look! 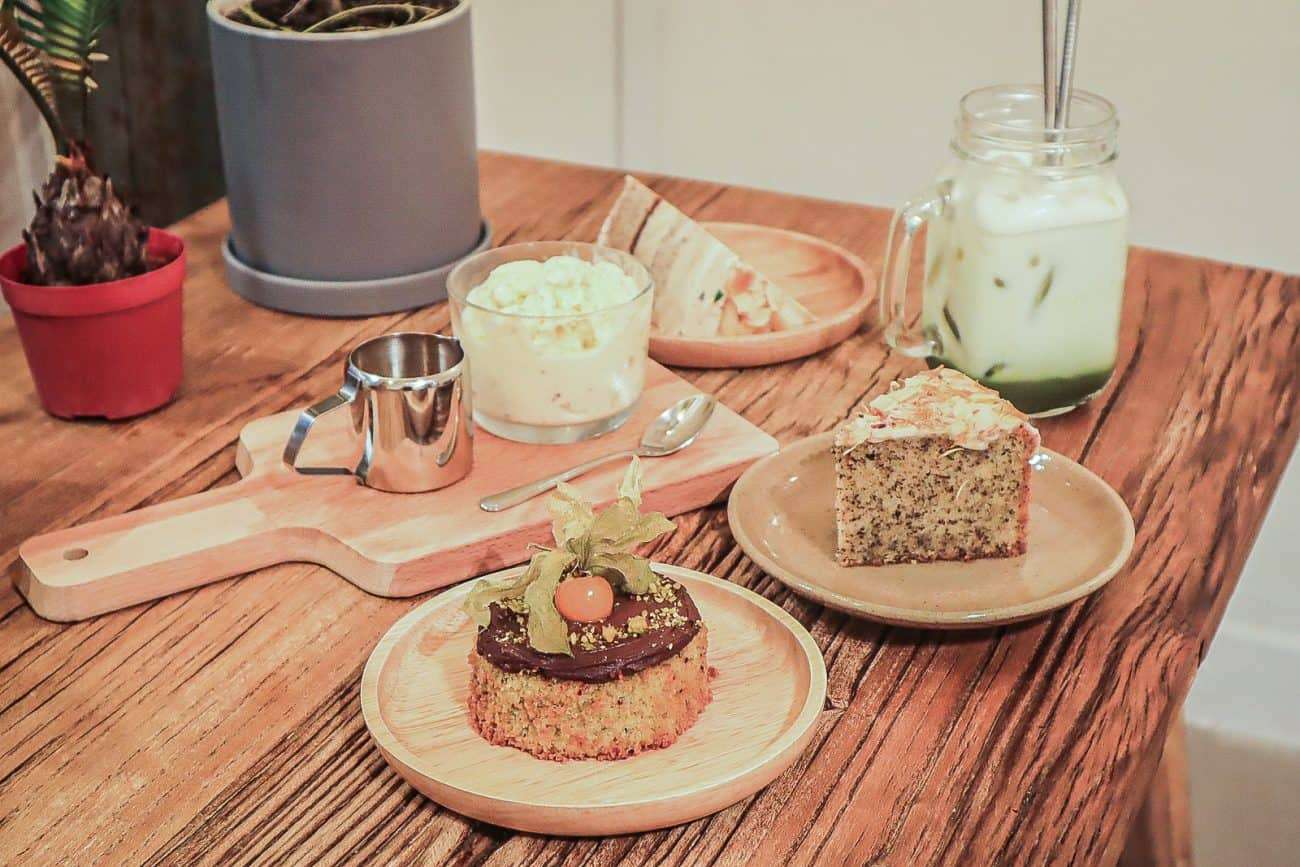 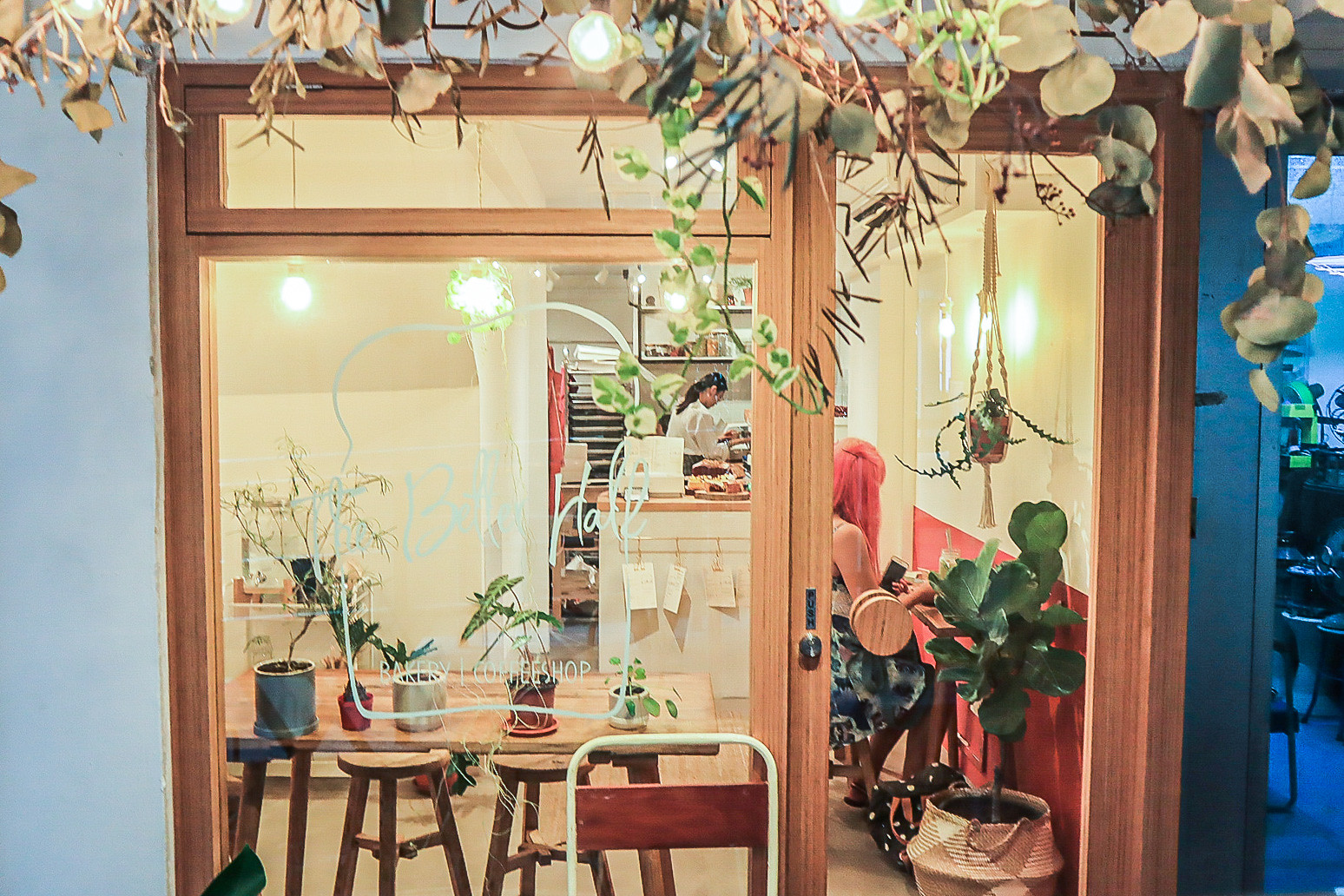 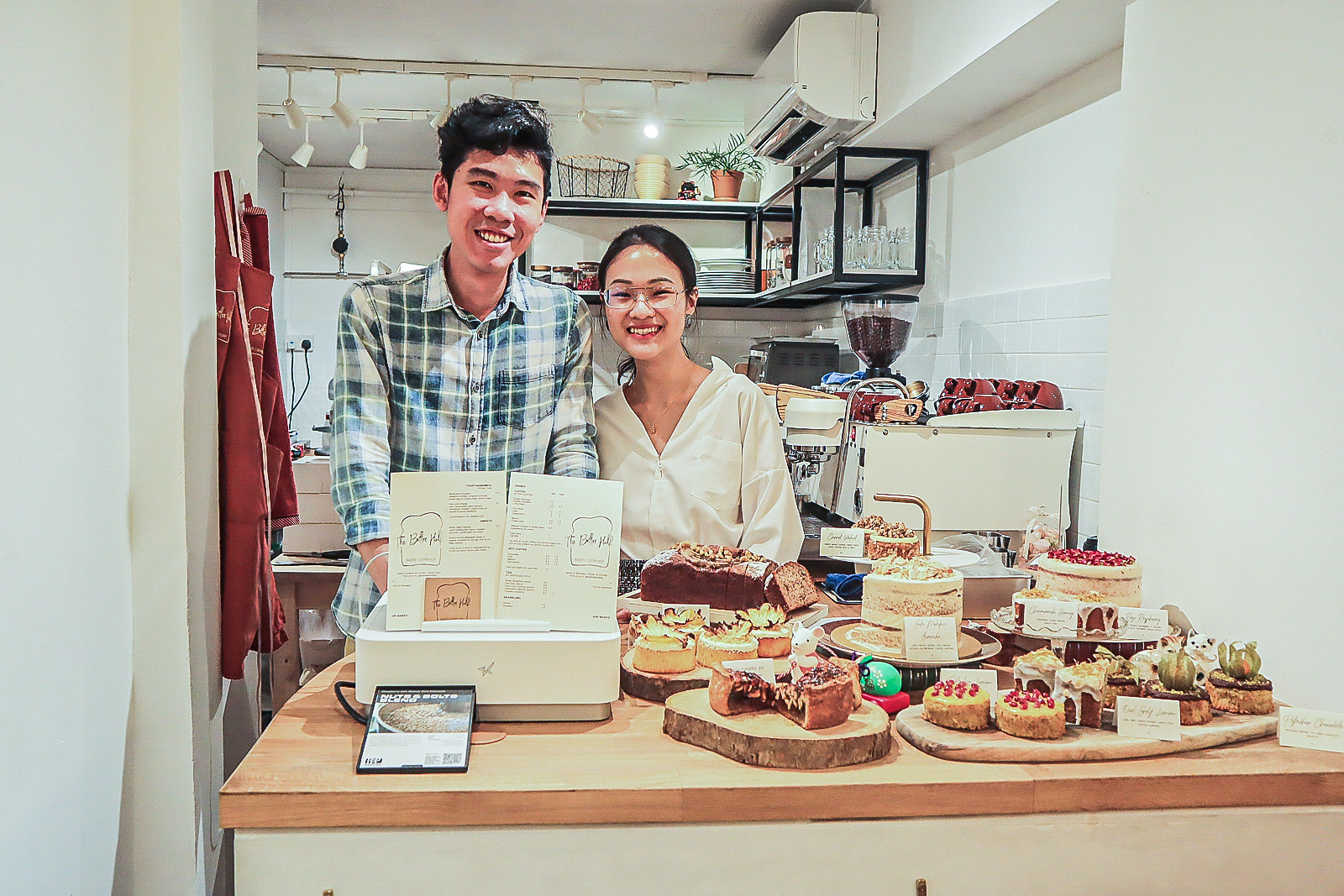 Jonathan bakes, while Hweeying decorates. Because of some circumstances, these two first started selling their bakes online. Then, they managed to find a space that fits their needs, and that’s how they finally got to open a physical store.

The cafe is a quaint little shop with just two tables and a few seats. You’re also able to dine al fresco as well. 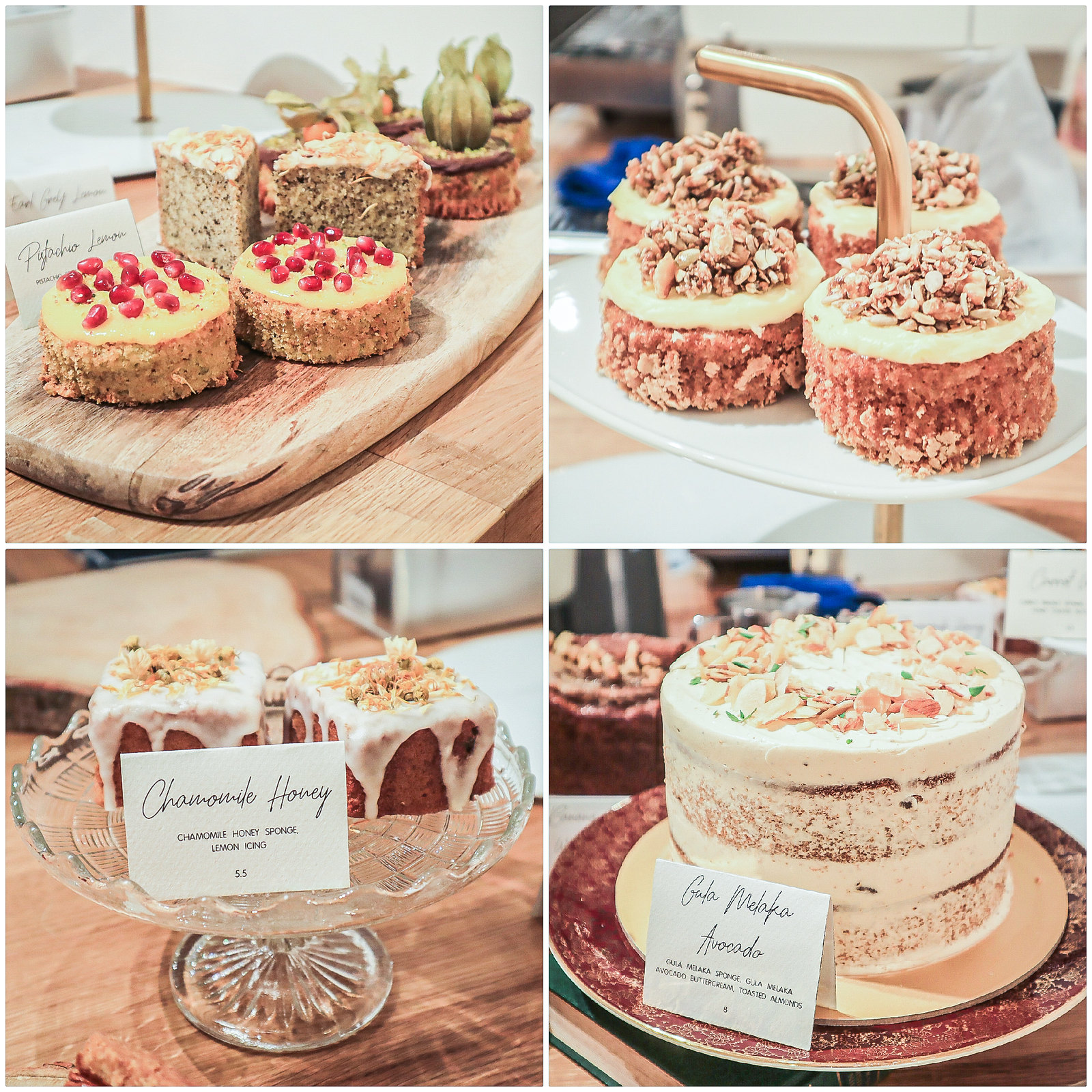 Just look at how pretty everything is? Like perfecting the “natural” look through make up, there is an art in decorating something so simply, but still making it look like a page out of a magazine. 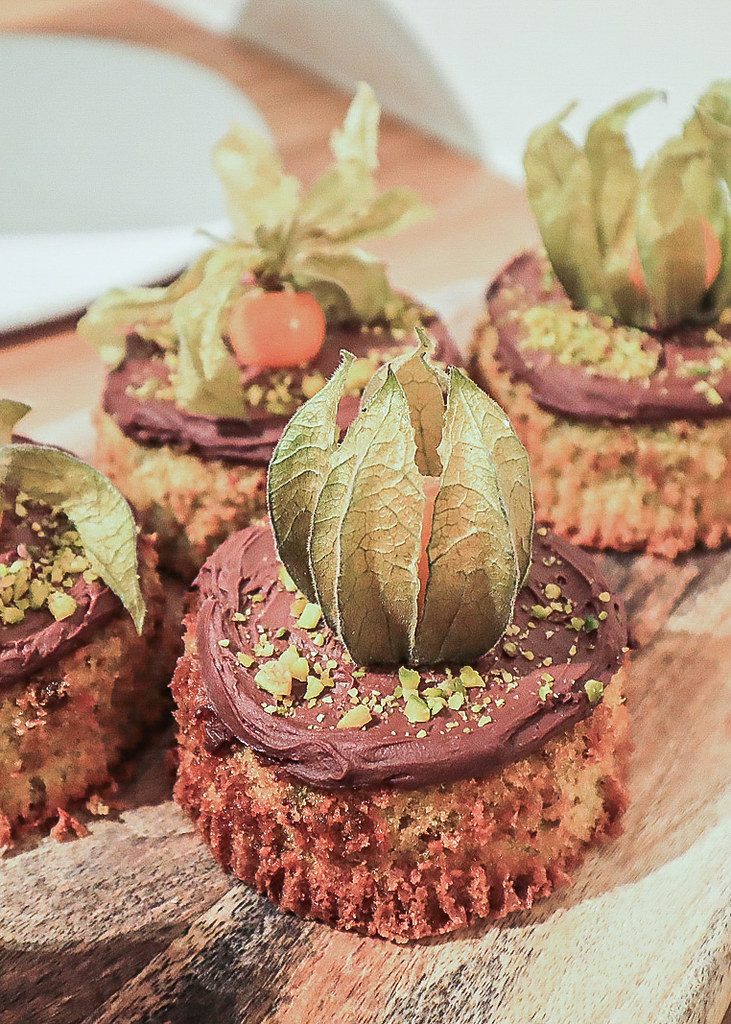 Out of all of the bakes, these Pistachio Chocolate cakes ($8) caught my attention the most. The cape gooseberries (aka physalis) on top brought about a whimsical foresty look that I adored. And, if I may nerd out for a moment, they also kind of looked like golden snitches.

The pistachio cake base, which was incredibly crumbly and moist, was generously studded with crushed pistachios. As someone who is a fan of pistachios, I loved that I could still taste the sweet nuttiness of pistachio in the cake. The top of the cake was frosted with a rich and decadent chocolate ganache which had a depth and richness that complemented the pistachio flavour perfectly. 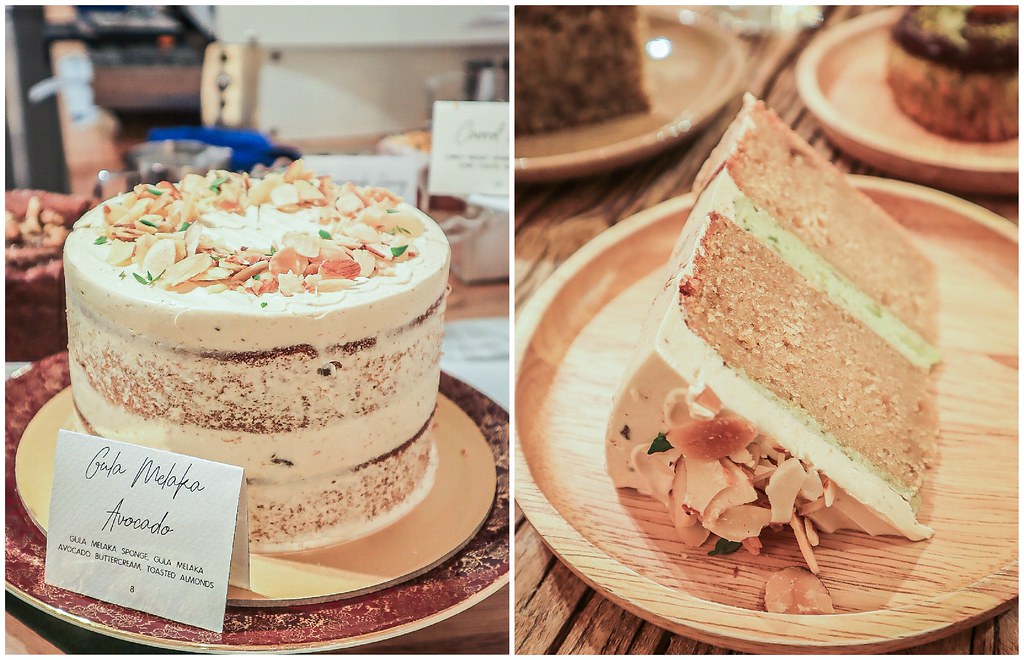 The Gula Melaka Avocado cake ($8) came decorated naked-cake style. I am neither a fan of avocado nor gula melaka, but it was so unusual that I decided to give it a try. And, I liked it a lot. The gula melaka frosting was so light, and not cloyingly sweet, unlike my initial assumption. The avocado filling in the centre was what took me by surprise the most. Avocado is usually quite tasteless but the subtle sweetness of the light and creamy filling brought out the natural characteristics of the avocado. The gula melaka sponge itself was fluffy and moist, and again, had just the right amount of sweetness. 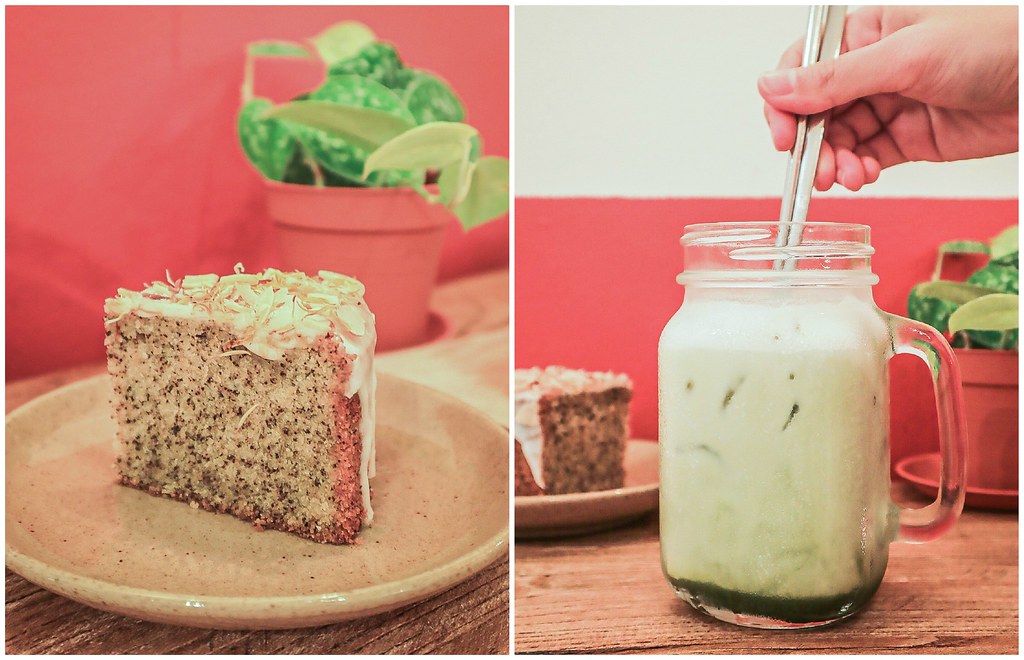 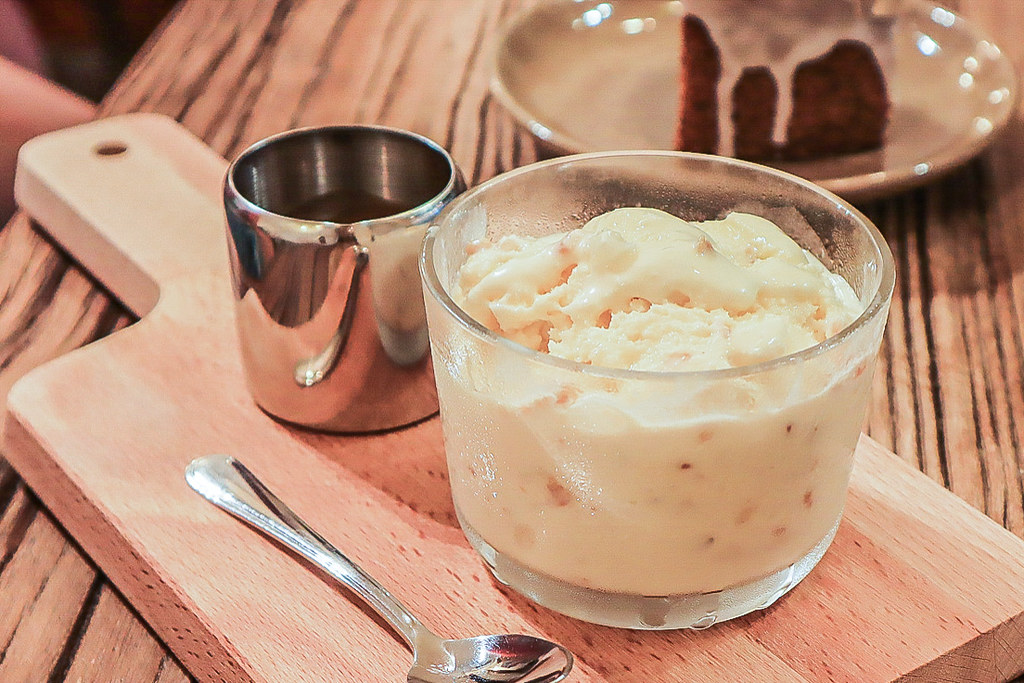 The Earl Grey Lemon Tea Cake ($5.50) was a little on the drier side. But, my oh my was it the perfect combination of flavours. The slight tanginess of the icing, followed by the tea infused cake earned a thumbs up from my colleague and me. The earl grey notes were present but not overpowering, and the lemon icing was enough to complement the cake but not overshadow it by being too sour, or too strong in flavour. The exquisite harmony and blend of the two flavours really showcased the expertise of the baker.

You May Also Like
The 6ixs Rosti - Restaurant Quality Rosti in a Coffee Shop!

Other than cakes, they serve coffee and drinks too! We got the Iced Genmaicha Latte ($7.50). When you get it, be sure to stir thoroughly. The milk helps to mellow out the tea’s natural bitterness. The drink is filled with a delightful smokiness, and almost seemed kind of savoury, rather than sweet. It’s an acquired taste for sure.

We also got the Affogato with macademia ice cream ($8.50). You can also opt for vanilla ice cream. At first glance, I thought that the ice cream to coffee ratio was a bit off. “Isn’t there too much ice cream?” I thought.

The coffee, when poured, filled to the brim of the cup. Only after taking a scoop, I realised why there was a need for so much ice cream. The espresso was really strong and bitter, even after mixing it in the ice cream. I could still pick out the bitter coffee flavour. Coffee fanatics will love this. The macadamia ice cream gave a pleasant nuttiness to the coffee, and at the same time sweetened it.

The cakes here are a feast for the eyes as well as the stomach. Each cake didn’t disappoint, so I think it’s safe to try any of the cakes they have on display on any particular day that you visit!

Opening Hours: 10am to 5.30pm daily. Closed on Mondays and Tuesdays.

Let’s build a food community that helps to update the food news in Singapore! Simply comment below if there’s any changes or additional info to The Better Half. We will verify and update from our side. Thanks in advance!