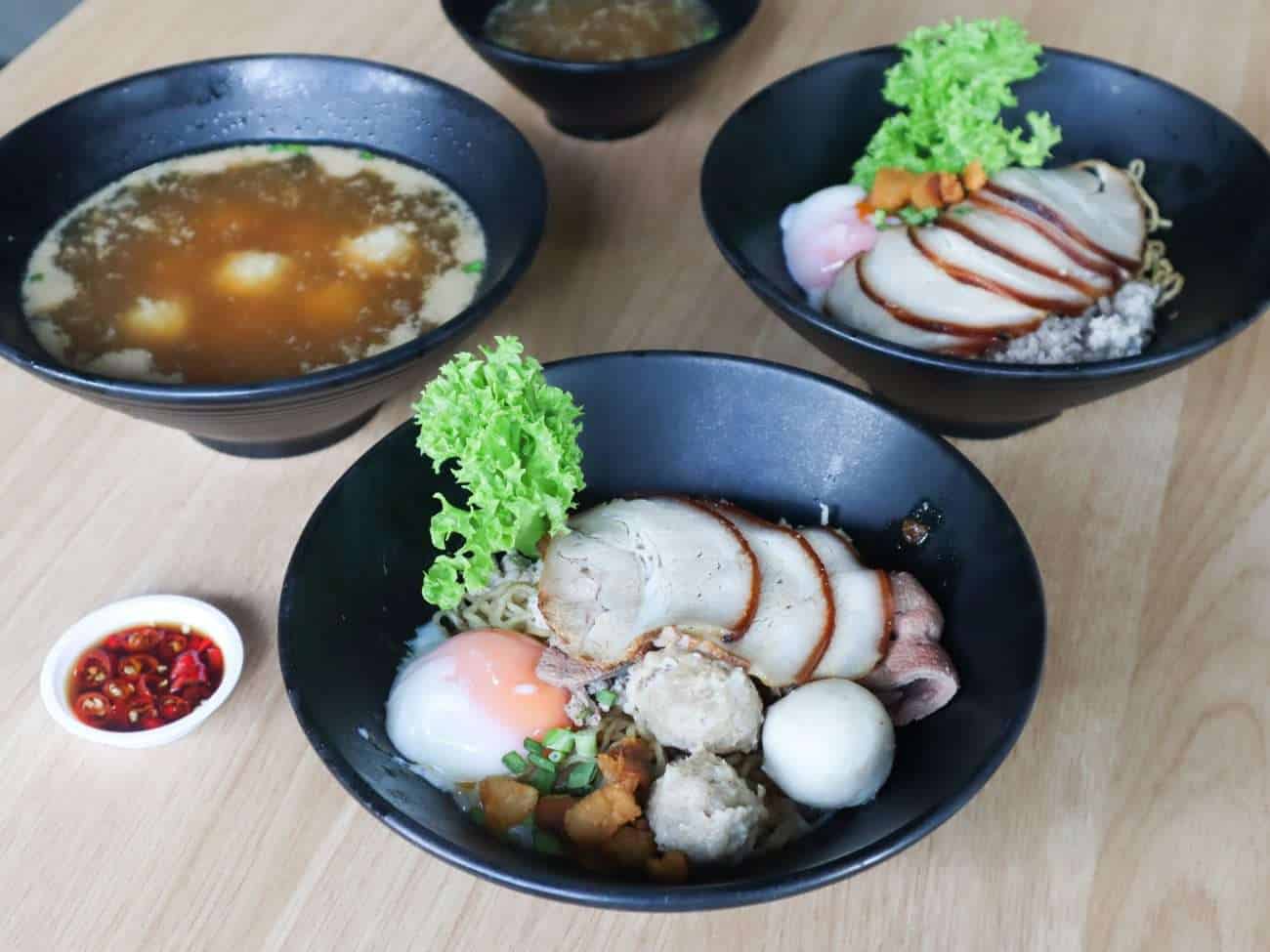 Asian-Western fusion dishes are not hard to come by at all. But, a Japanese spin on one of my favourite noodle dishes? I knew I had to get my fill. Sitting just beside Nanyang Curry in Yishun Park Hawker Centre, 51 Noodle House, which opens from as early as 7.30am daily, serves up hearty bowls of Bak Chor Mee all day long. 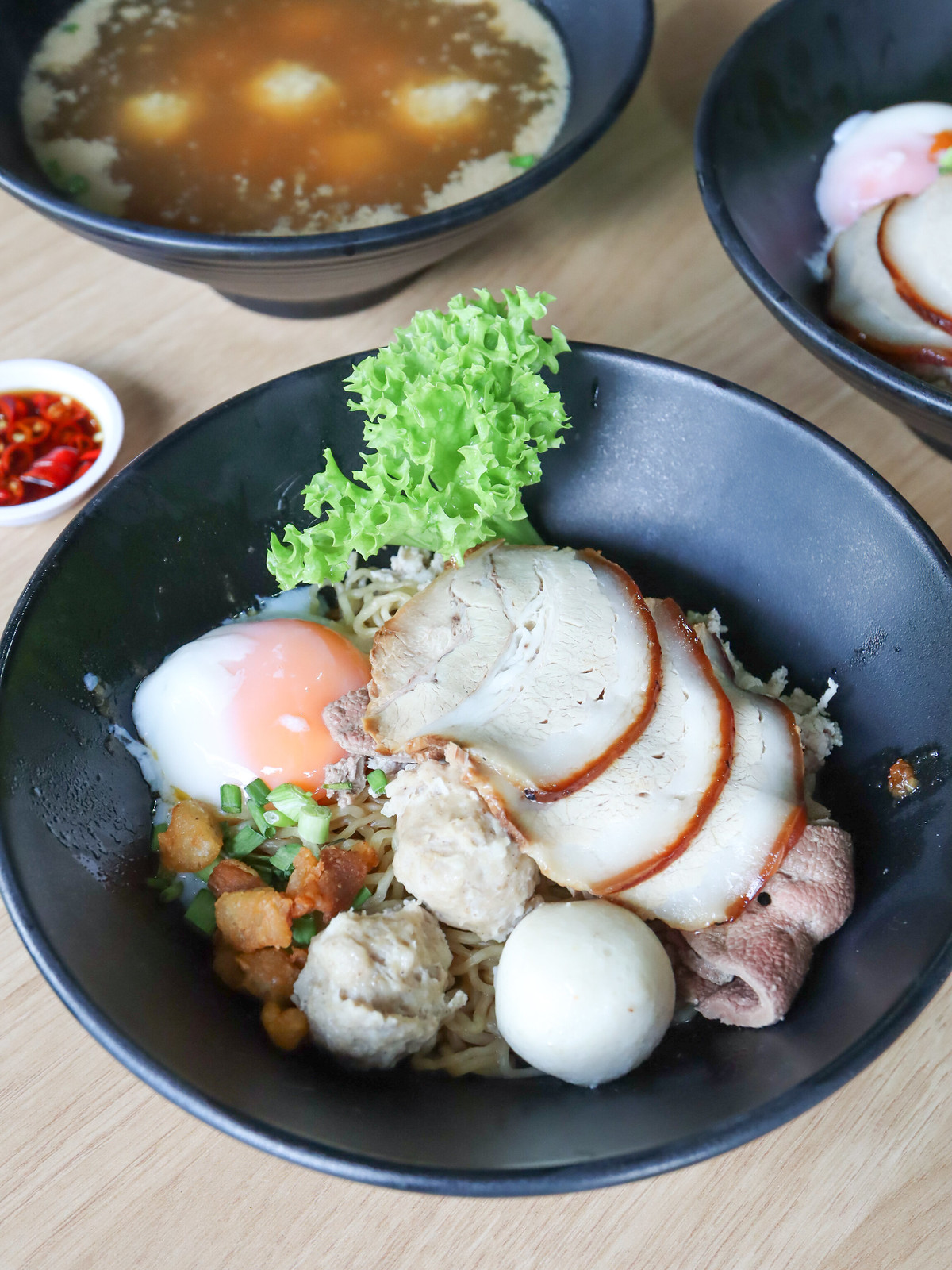 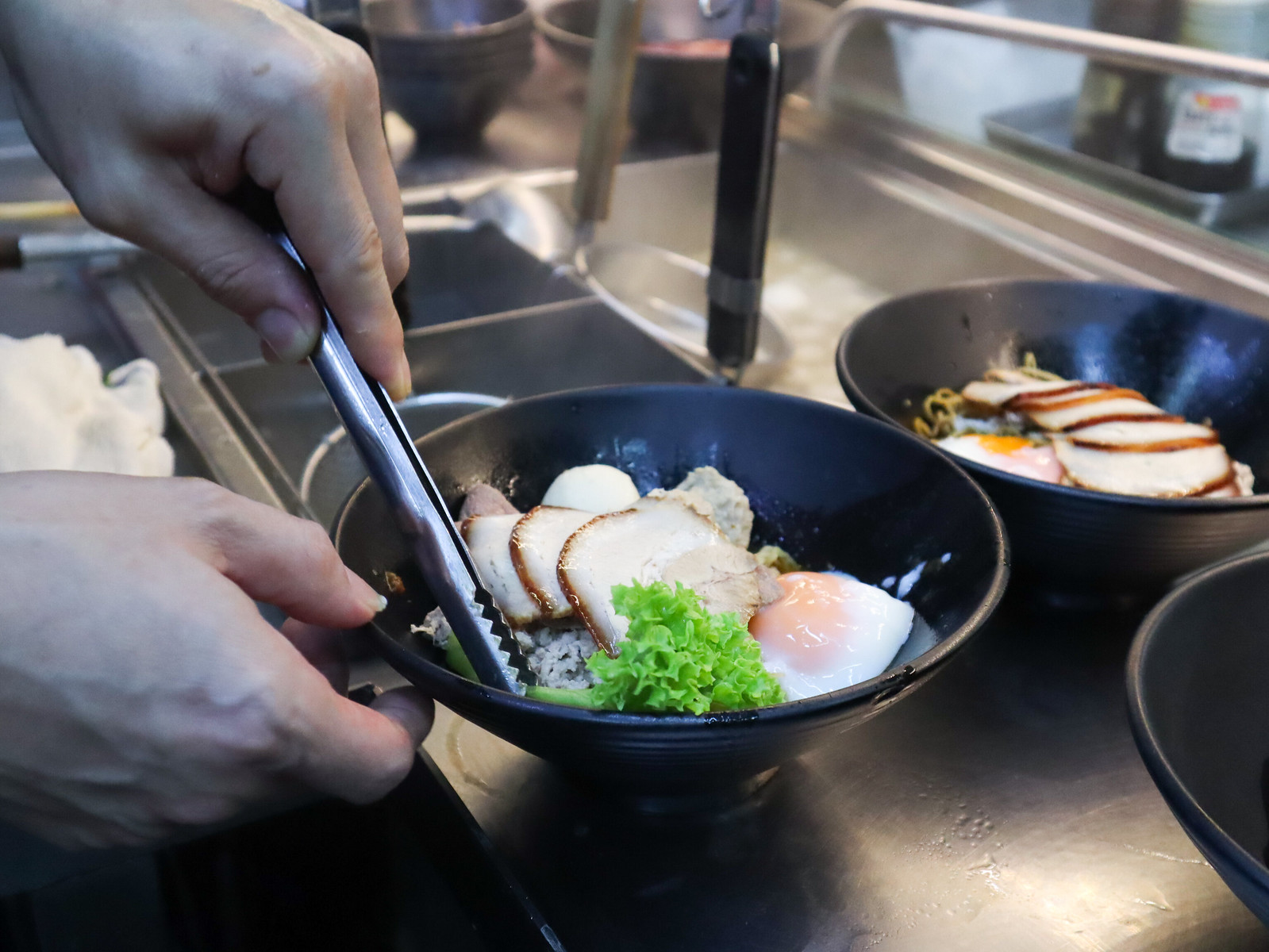 First up on my agenda was the Signature Noodles ($5.80) that came with every ingredient they have in store. Like any other BCM stall, they offer your typical line-up of noodle selection – Mee Kia, Mee Pok, Bee Tai Mak and Kway Teow. On top of that, they also have an option to upgrade your noodles to Udon ($1.20). However, that was unavailable during my trip. 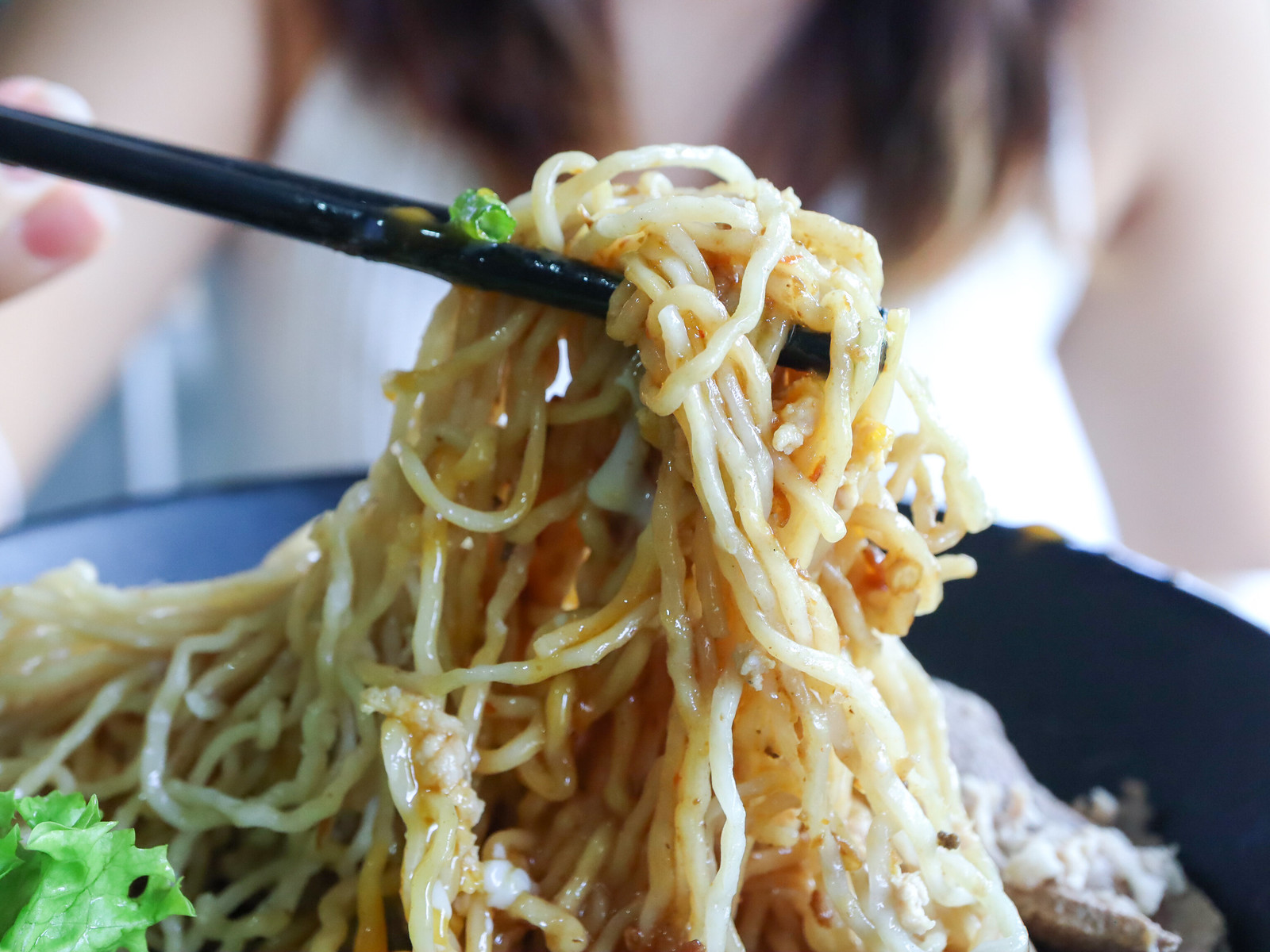 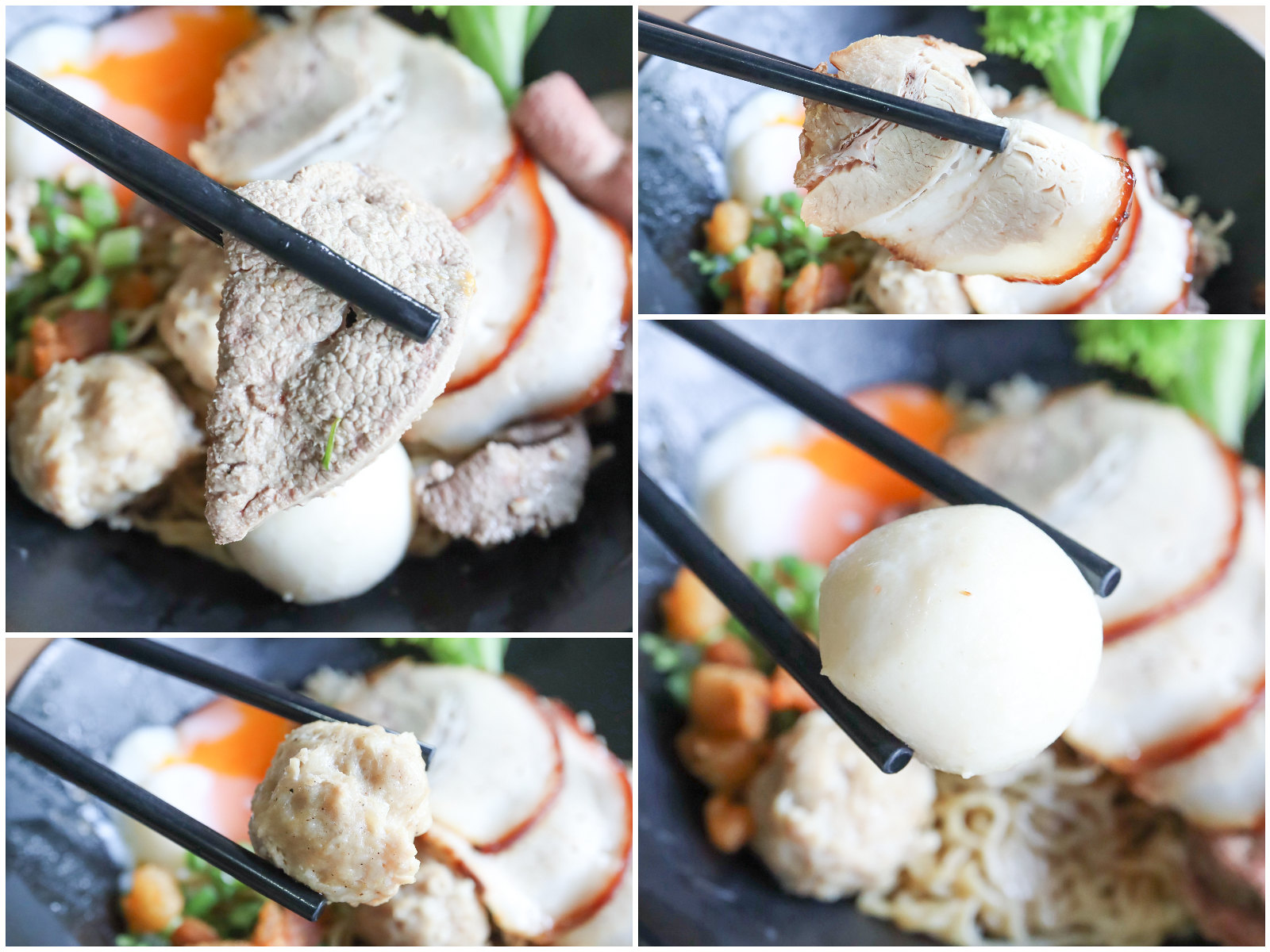 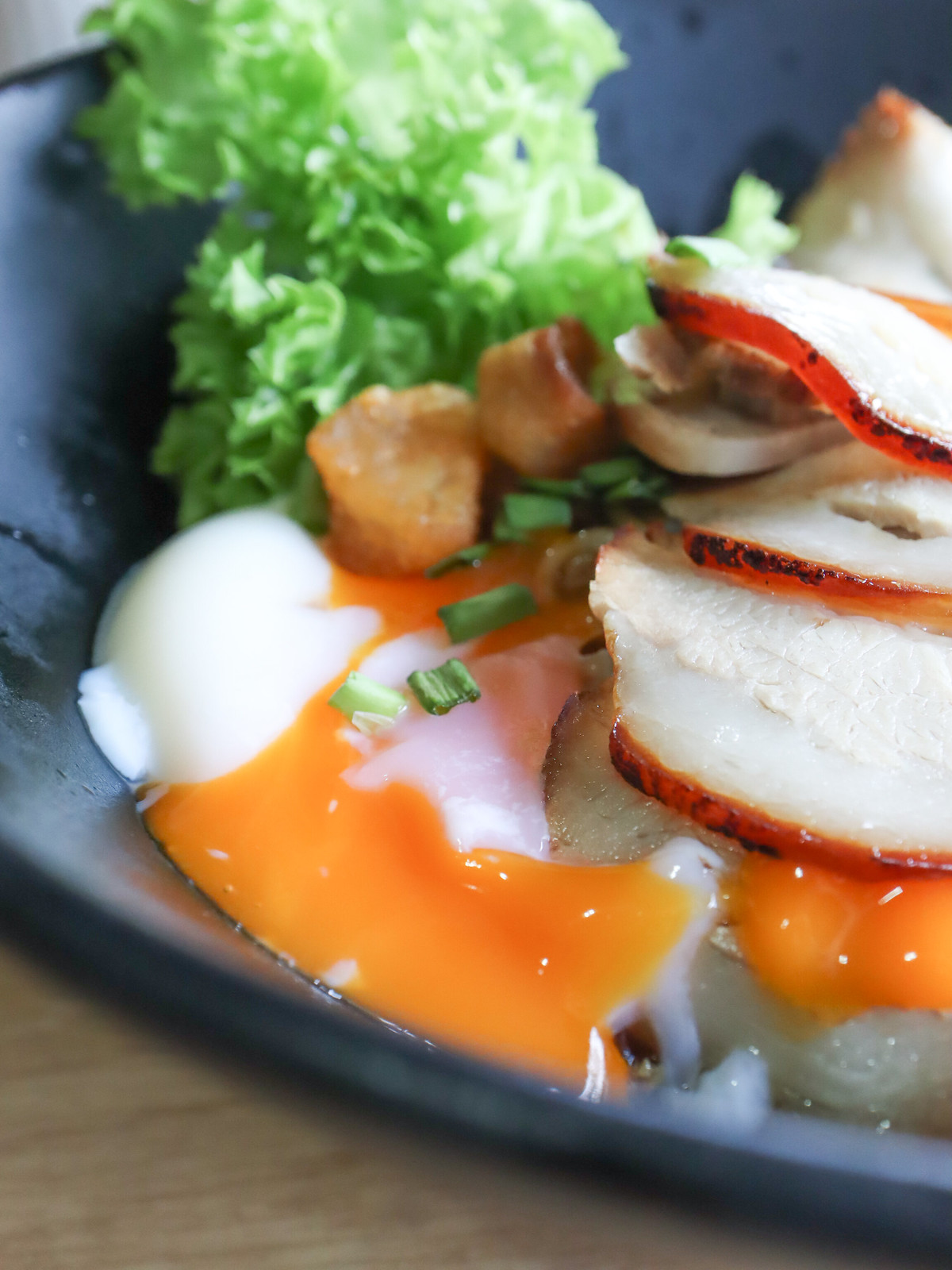 My bowl of Mee Kia came tossed in a mix of chilli and vinegar where the chilli, that was more savoury than sweet, packed a punch and lingered on my tongue for a while. Sitting on the bed of al dente noods were a Fishball and Meatballs, Minced Pork, Japanese Char-Siew, an Onsen Egg and some sliced liver. Before I dug into the bowl, I broke the golden egg yolk, and gave the noodles a good mix.

Let’s move on to the variety of “liao” here. The fishball was pretty standard but the meatball had a strong pepper aftertaste. The relatively thick slices of liver were also cooked through well — tender with a pronounced distinctive flavour. For me, the star of the show would have to be the braised Japanese Char Siew that melted in my mouth. The crispy chunks of Pork Lard sprinkled on top offer an extra burst of flavour. 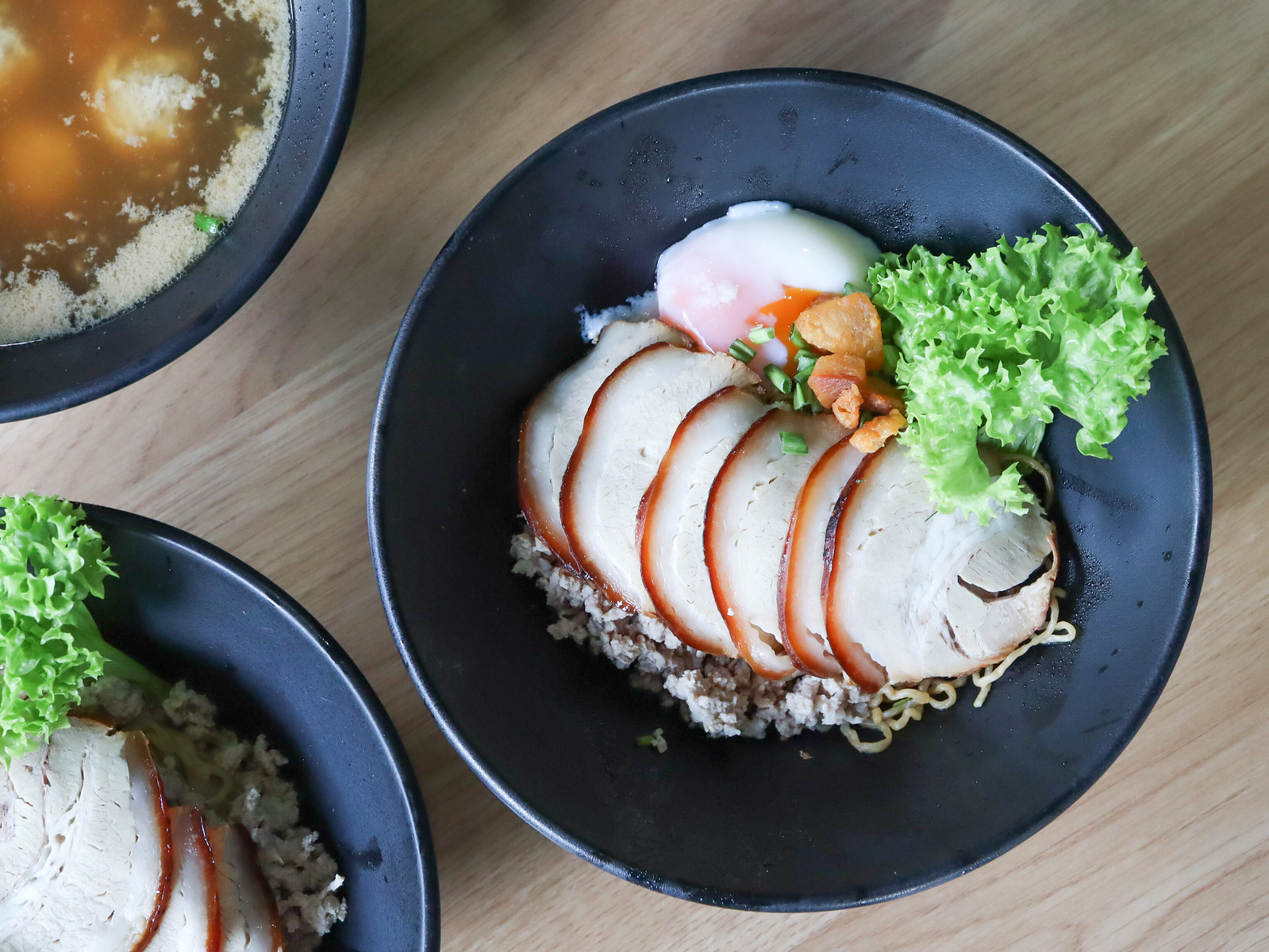 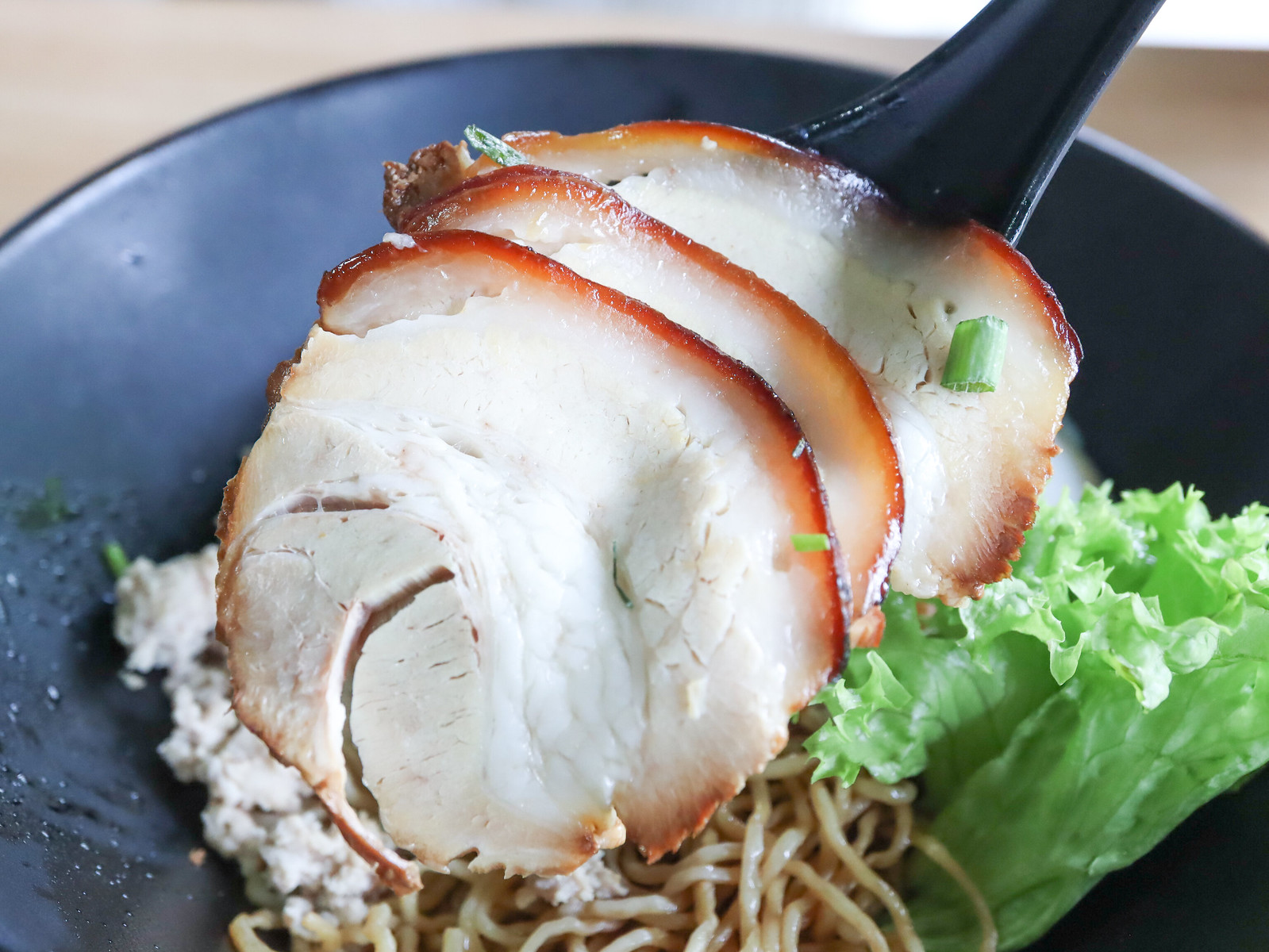 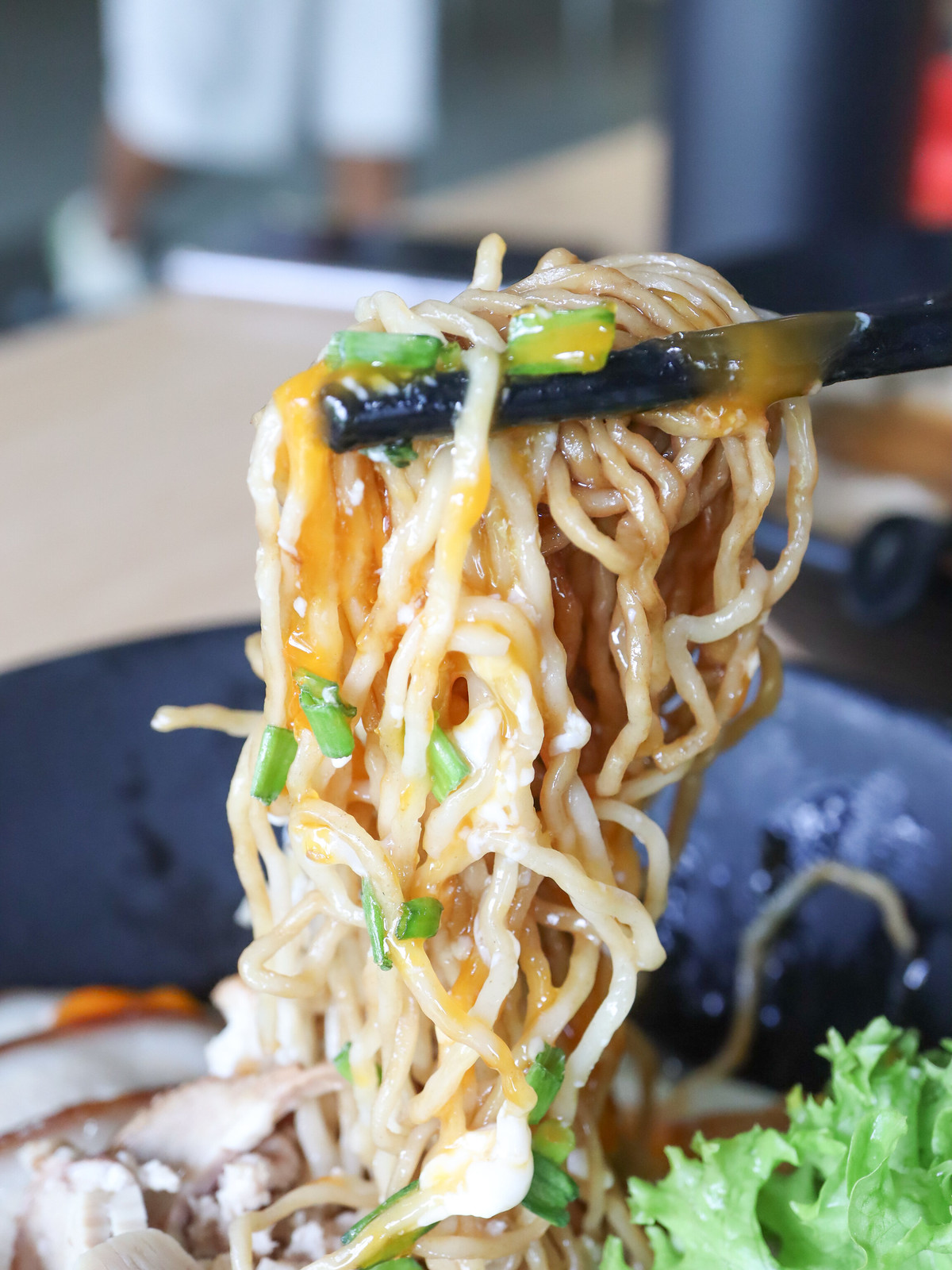 Their Braised Pork Noodles ($6.80) called out to me. As always, I had this with Mee Kia too but this time without chilli. As I expected, the vinegar taste was a lot more prominent here but that acidity was balanced out well by the fat in the Char Siew. While the Char Siew itself was packed with flavour, I would have hoped for it to be slightly thicker for a more satisfying bite.

There were lesser ingredients, in terms of variety, as compared to the signature bowl. You can expect more slices of sliced braised pork, minced pork, pork lard and an onsen egg.

Pricewise, the signature bowl with its generous portion of noodles and wider variety of toppings is pretty value for money. That said, if you’re a fan of their Char Siew, the Braised Pork Noodles would be perfect for you. 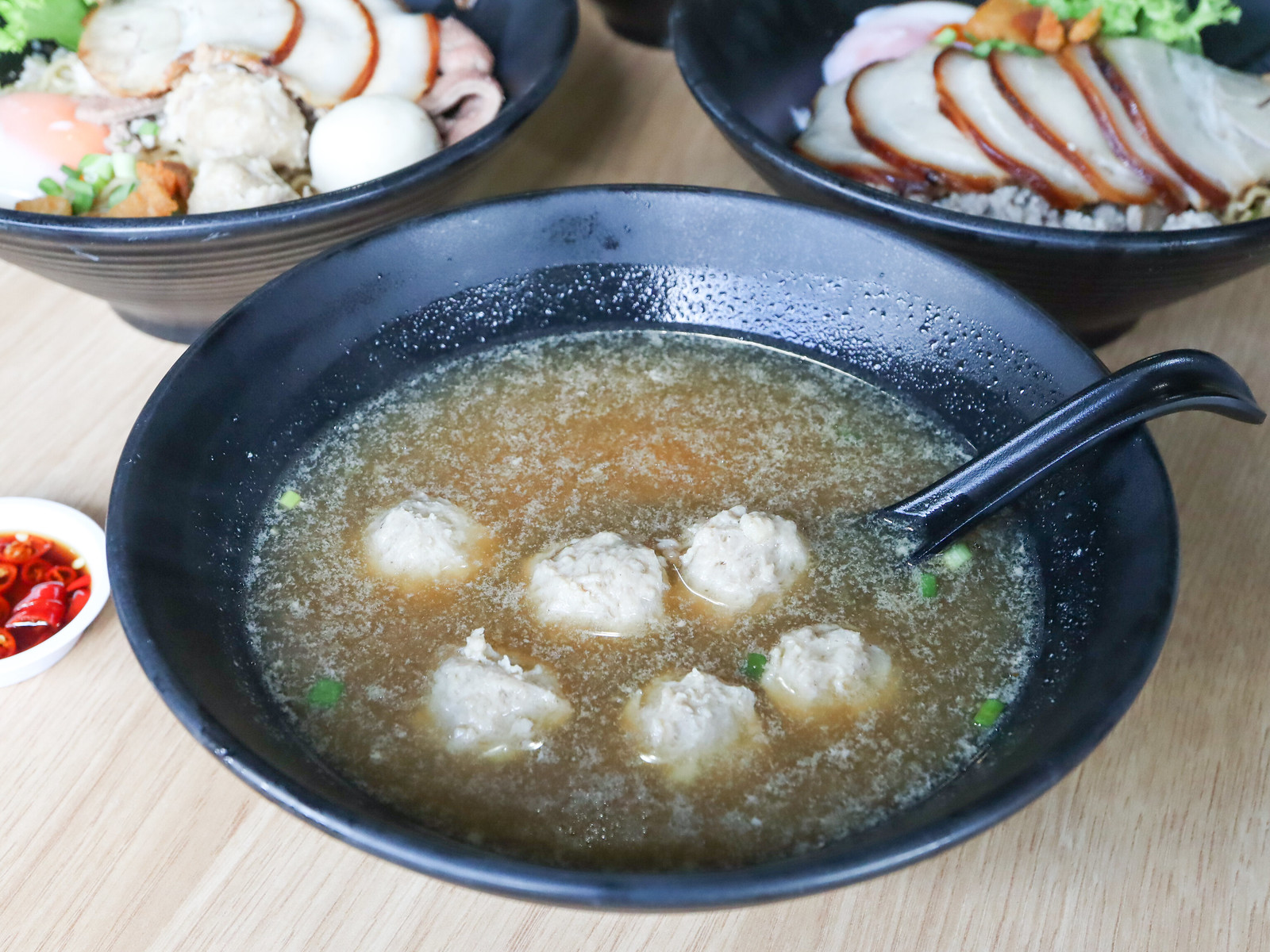 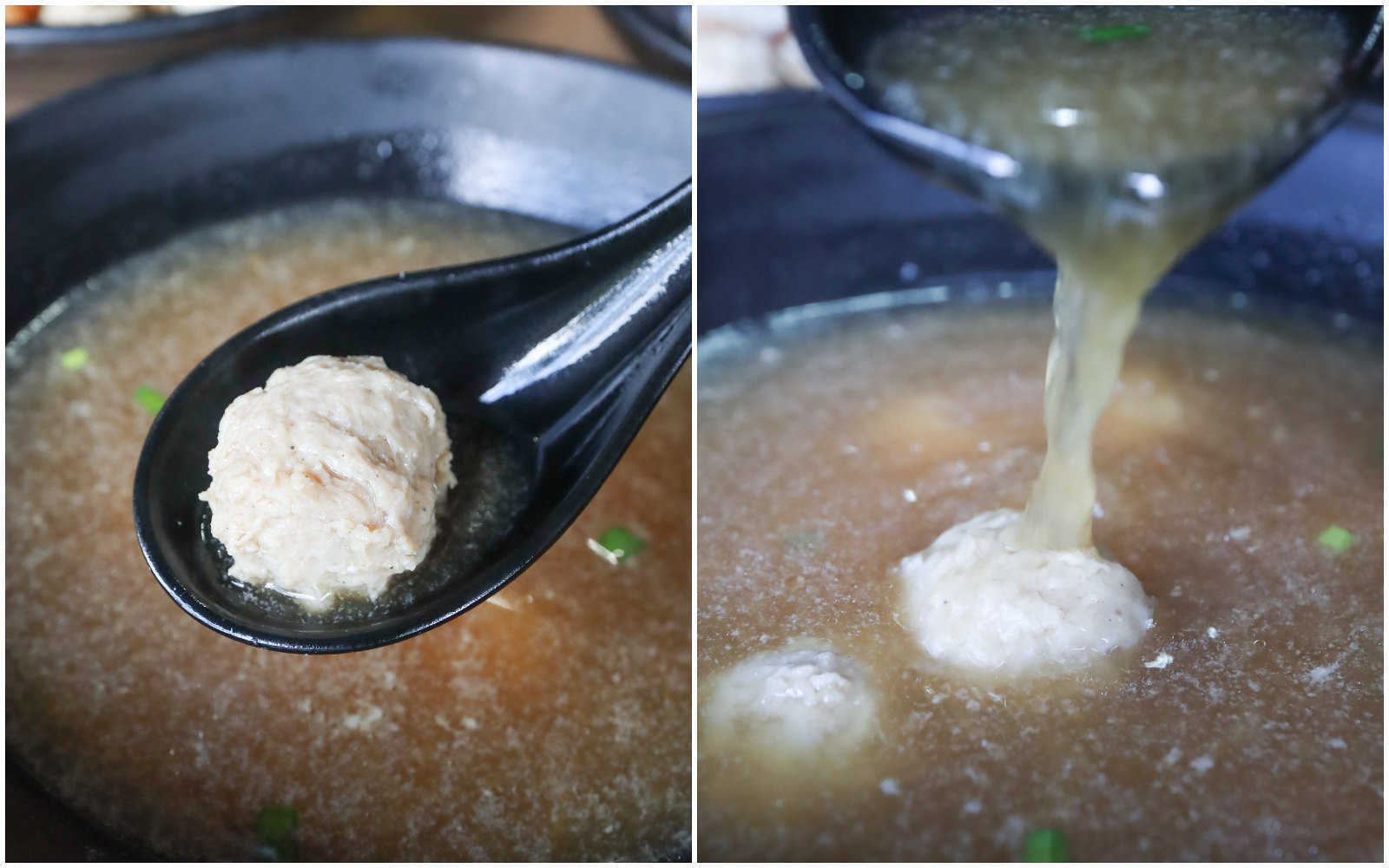 The two bowls of noodles came with a side of soup each but I decided to get an order of their Meatball Soup ($3) as well.

There were about nine meatballs swimming in the bowl of soup with bits of minced pork. Like the meatballs I had in the signature bowl, this had a bouncy yet firm texture. The first thing that hit me was the peppery taste but that started to grow on me too. 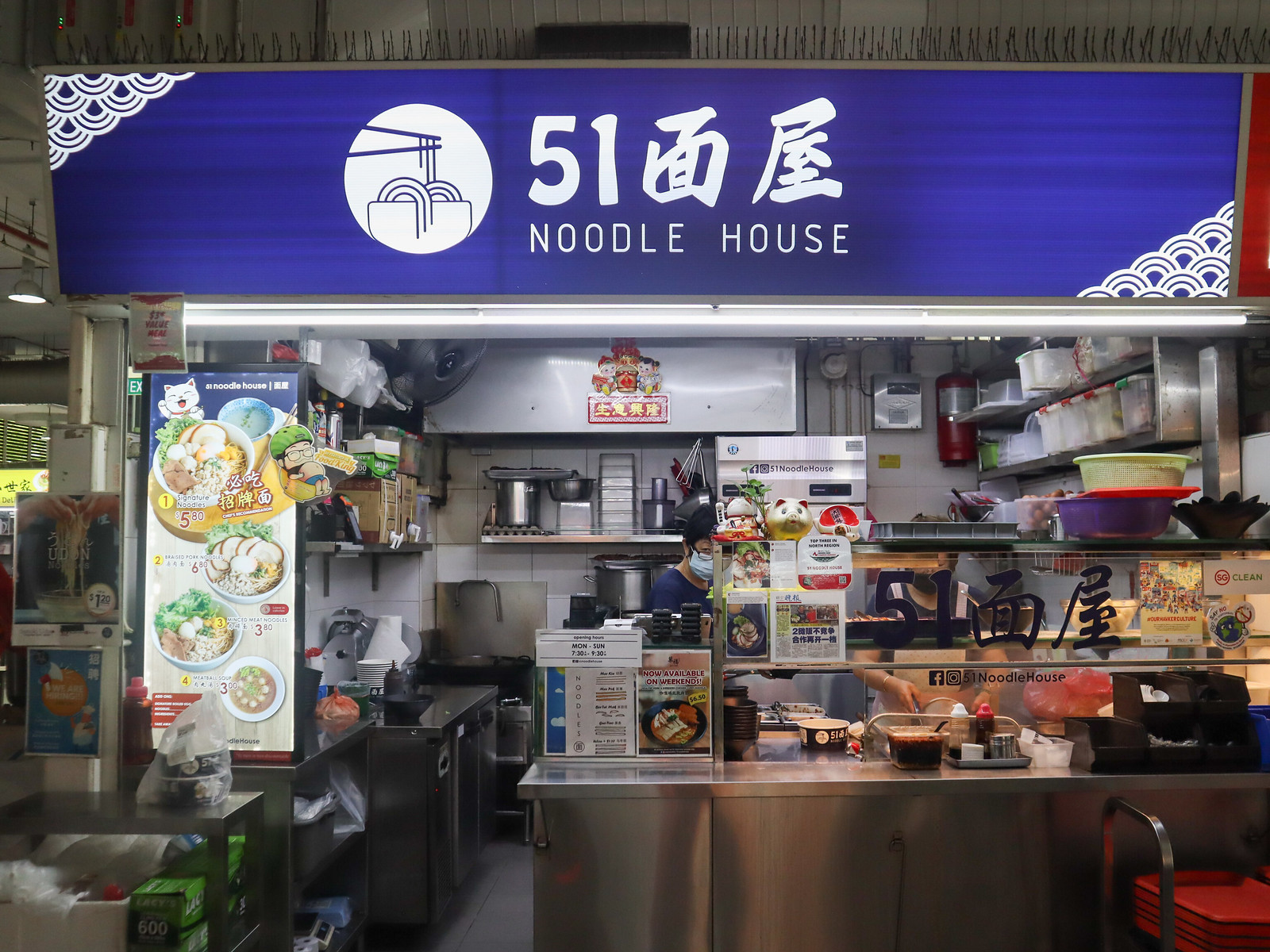 If you’re in the area and looking for a classic or interesting bowl of Bak Chor Mee, 51 Noodle House is the place to be!

When it comes to food, Sharlyne is always down to try anything, especially all things matcha. If not out and about on a food hunt, she can be found shedding those calories gained in a spin studio or rewatching Hannah Montana on Disney+.