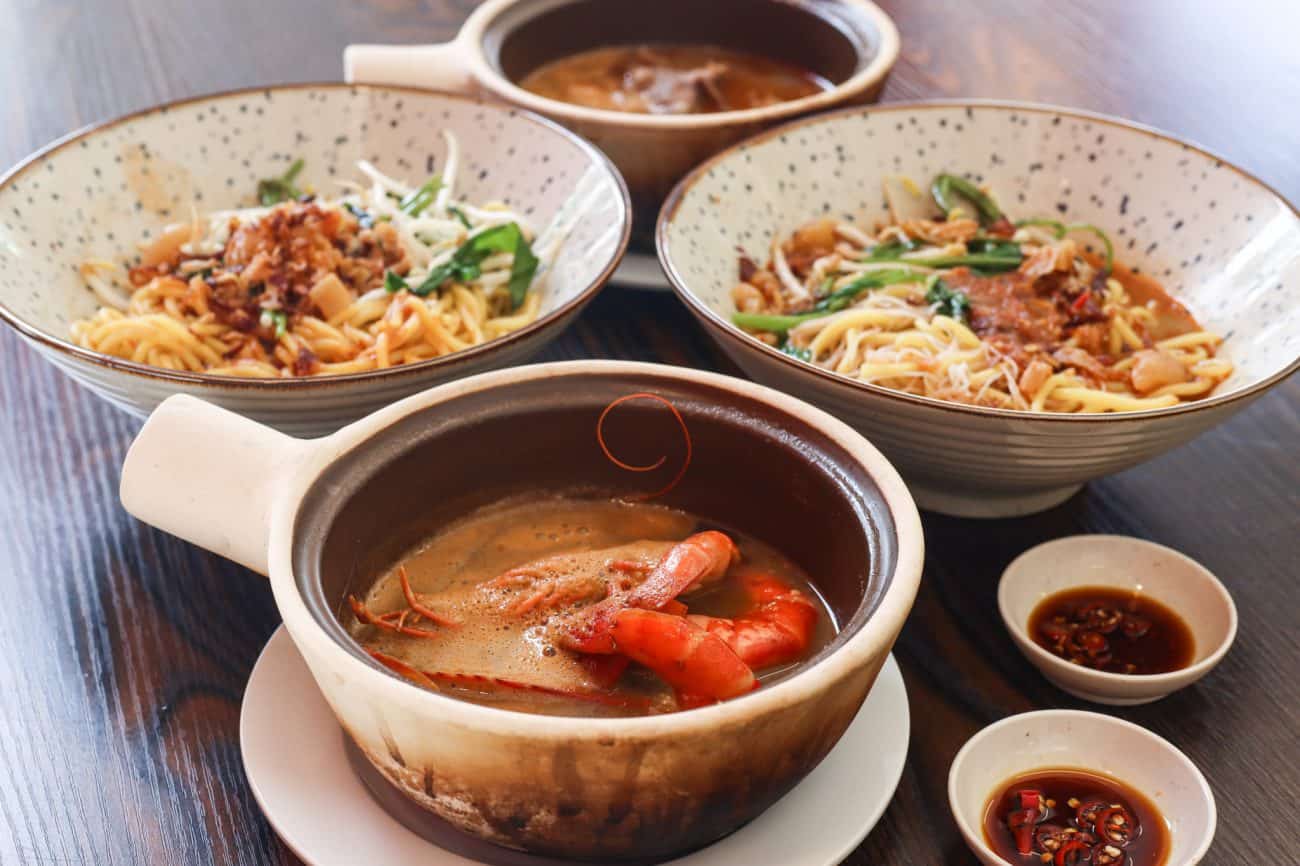 If you’ve been a fan of One Prawn Noodle in Golden Mile Food Centre, you might have noticed they’re no longer operating there. Before you start panicking, the popular hae mee stall has simply moved to a larger location on MacPherson Road and rebranded as One Prawn & Co. 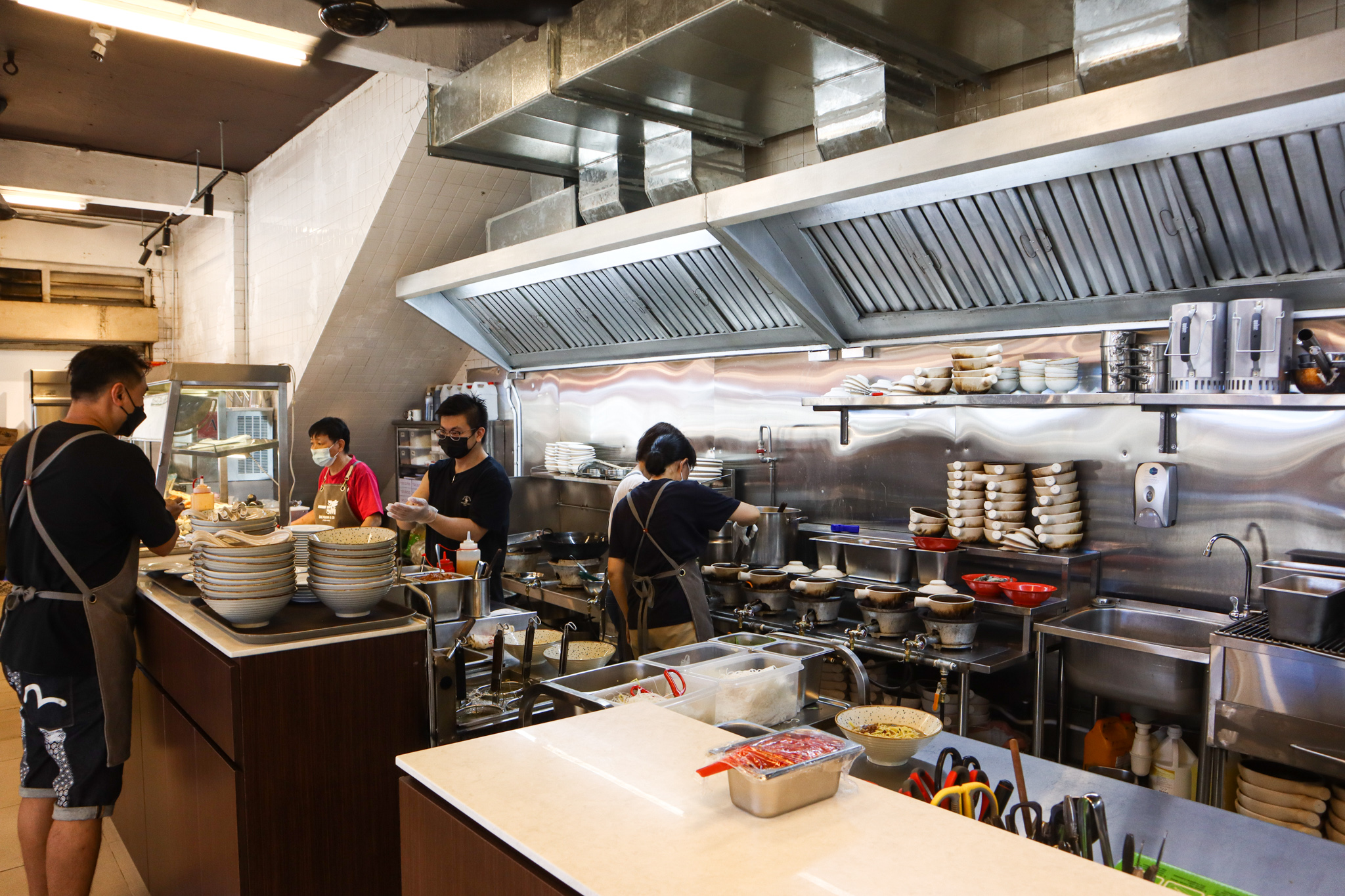 The eatery is outfitted with a large open kitchen run by a team of busy chefs headed by Gwyneth Ang — the woman in charge when One Prawn Noodle was still at Golden Mile Food Centre. Gwyneth has accumulated over ten years of culinary experience working in various restaurants, before she ventured out on her own building a business centred on a dish she loves — Penang prawn noodles. 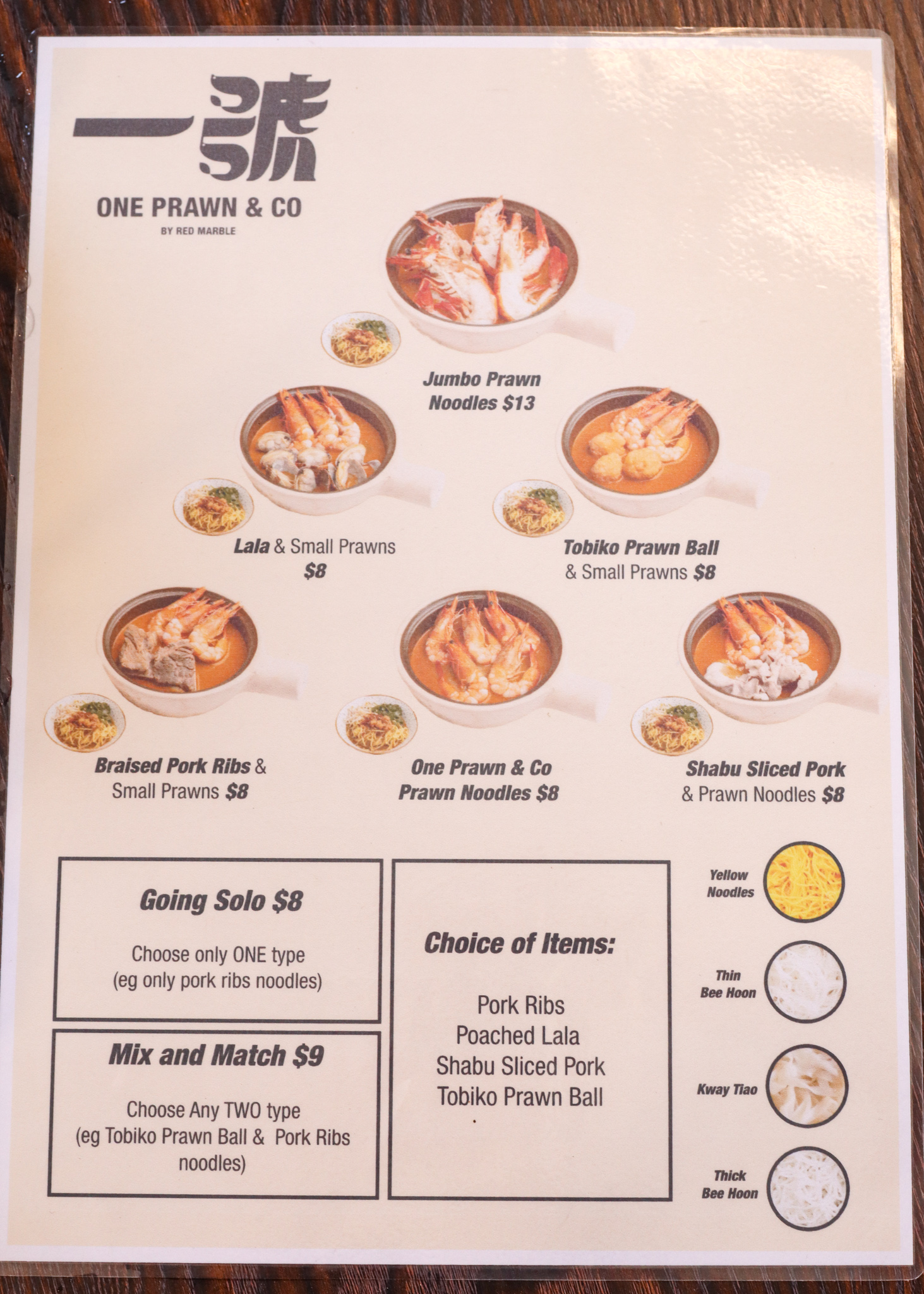 Prices have gone up slightly since their Golden Mile Food Centre days, but that’s to be expected. Enjoy combinations such as Lala & Small Prawns ($8), Braised Pork Ribs & Small Prawns ($8) and Shabu Sliced Pork & Prawn Noodles ($8). Noodle choices include yellow noodles, thin bee hoon, kway teow and thick bee hoon and you can choose to have them dry or with soup. You can also opt to go solo with one ingredient or mix-and-match any two types of ingredients. 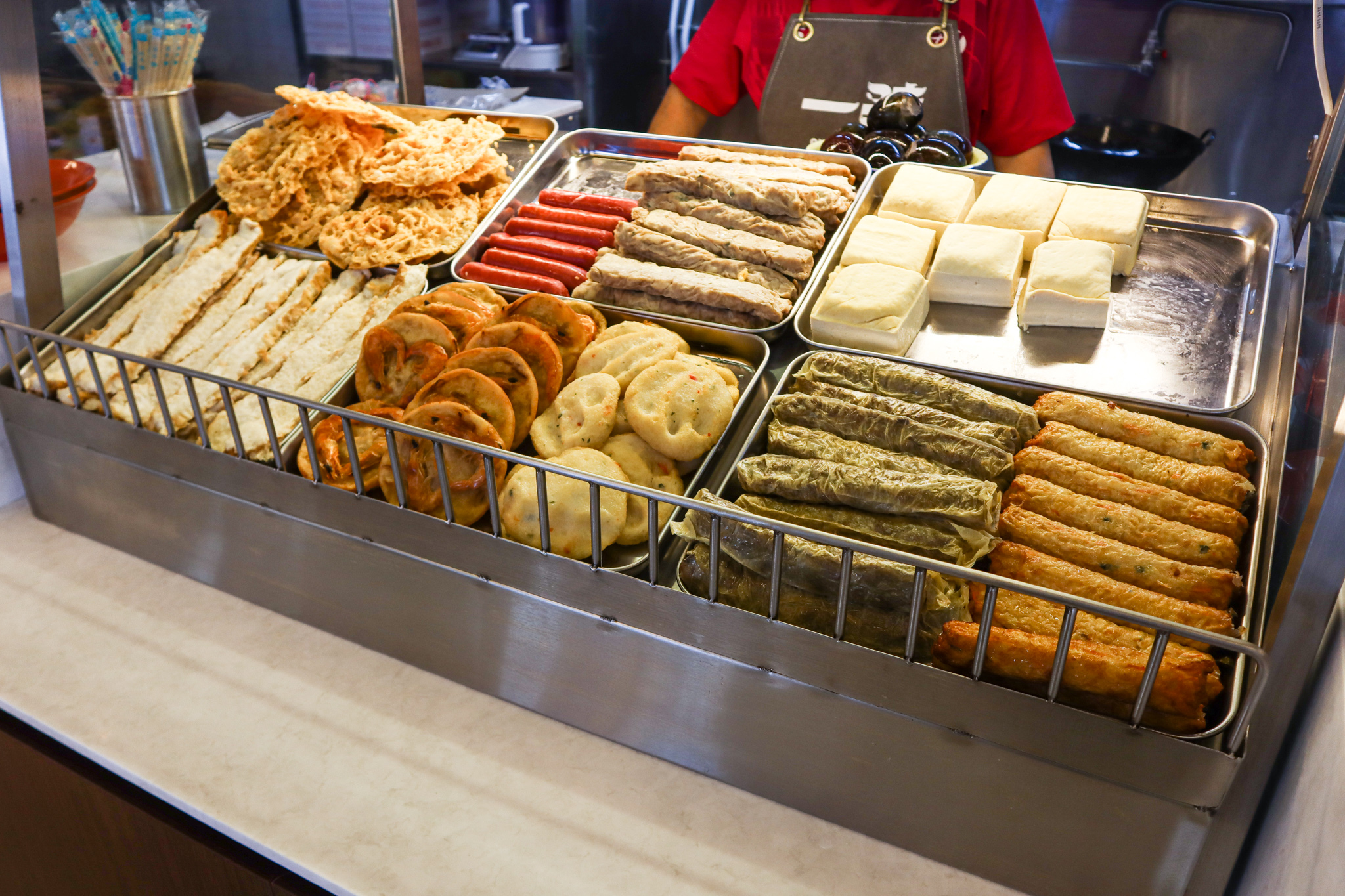 Apart from that, there is also ngoh hiang such as crispy prawn cracker ($2), sotong youtiao ($2.50) and prawn beansprout cake ($2) to pair with your prawn noodles. 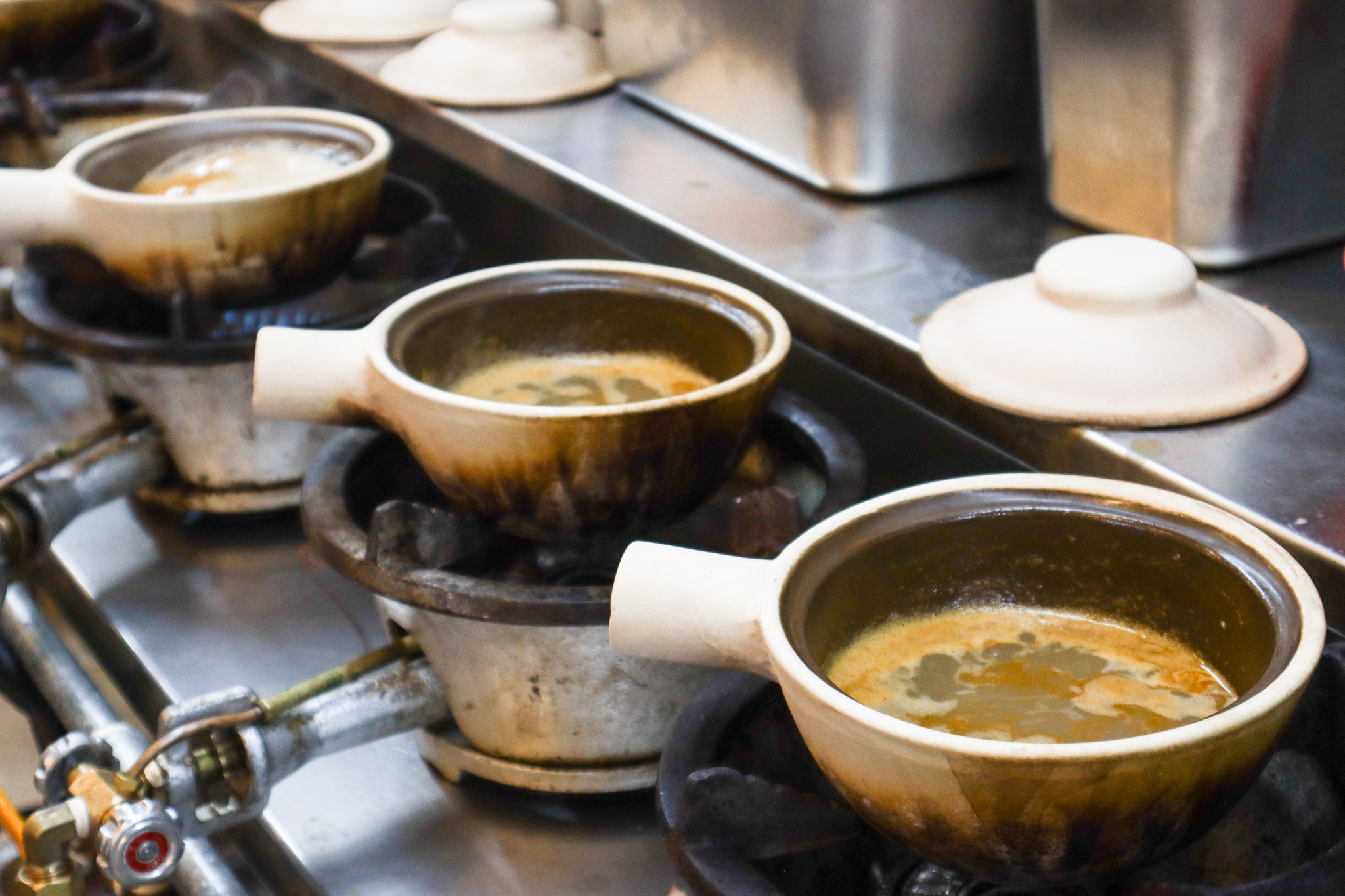 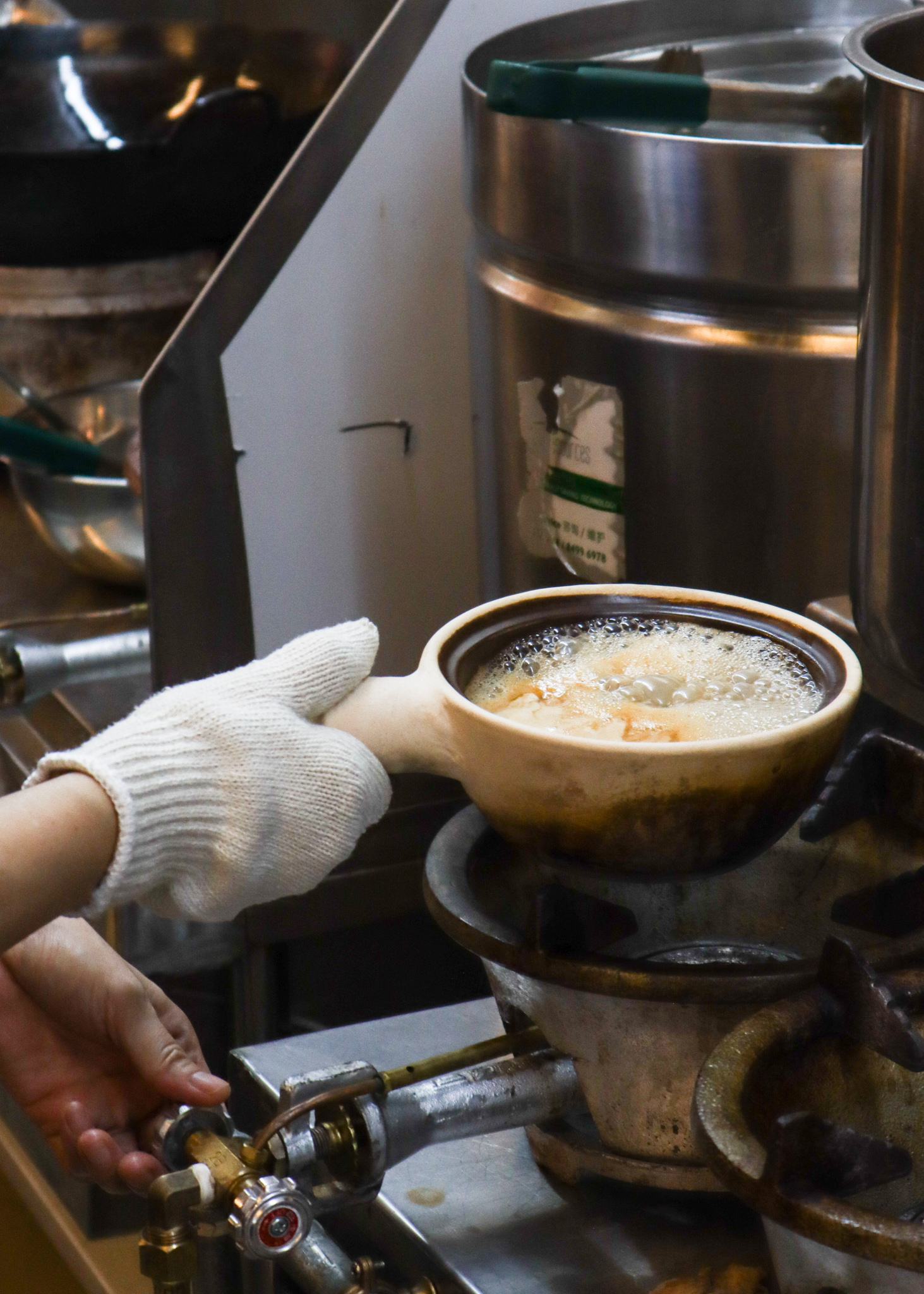 The noods and ingredients are cooked and served separately, with the latter directly cooked in clay pots and served to the table bubbling hot. The broth is brewed for hours with pork bones and blended prawn heads to achieve an astounding level of umami. 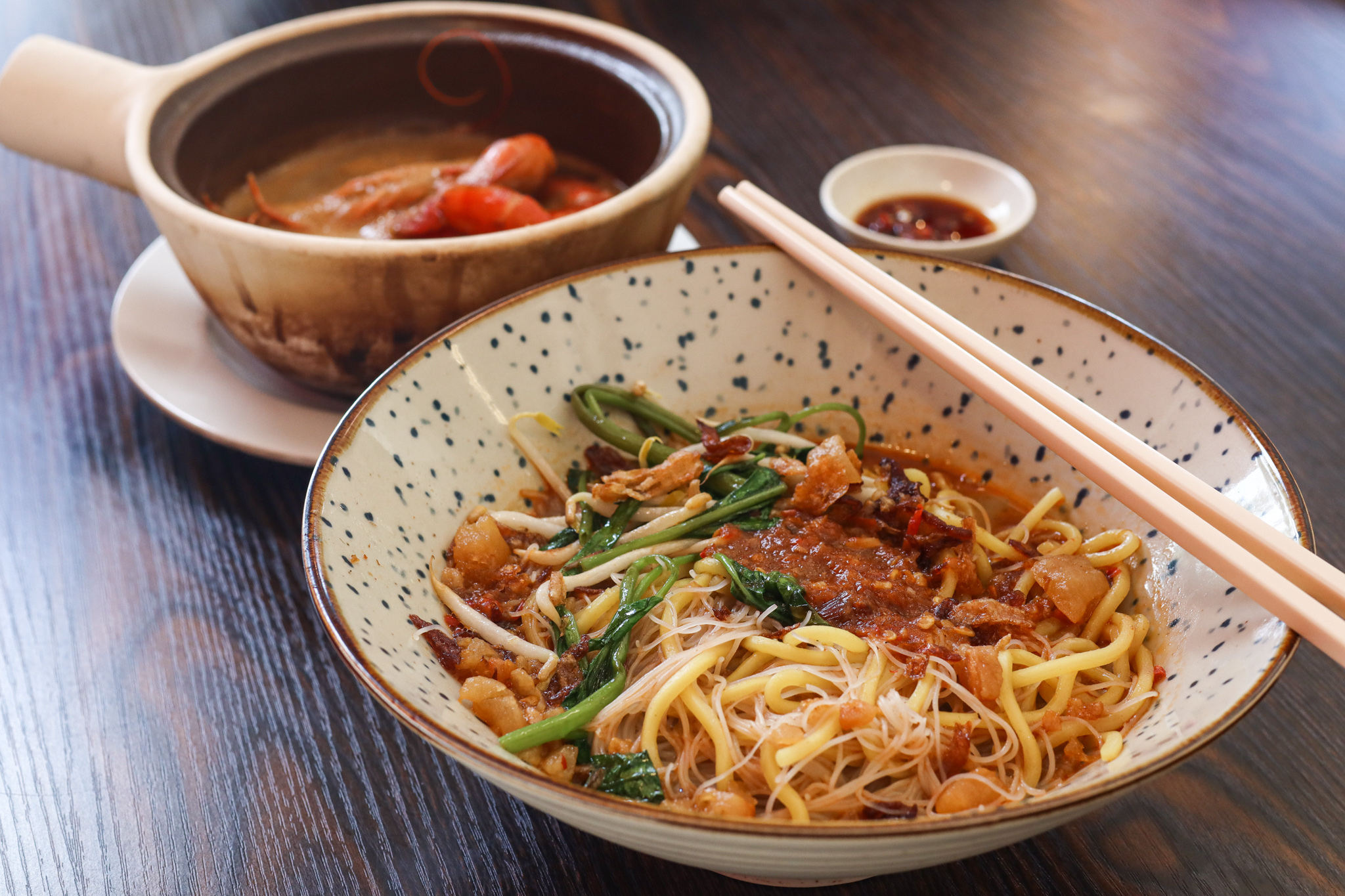 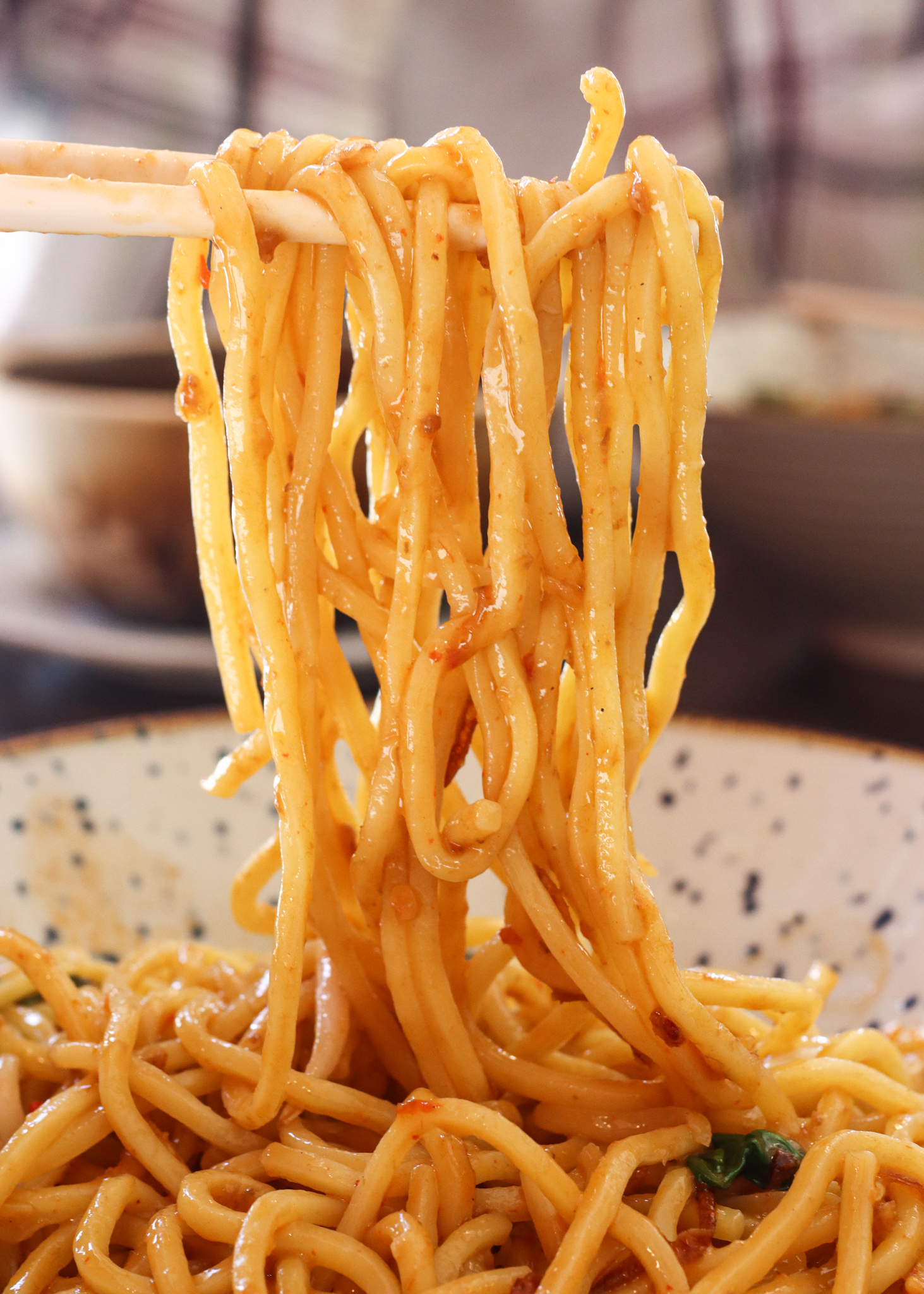 I decided to go for the Jumbo Prawn Noodles ($13) and opted for the dry version with yellow noodles. The noods came topped with pork lard that they deep-fry in-house, fried shallots, beansprouts, greens and a dollop of sambal chilli. Do give them a good toss in the punchy chilli sauce which delivers a spicy kick. 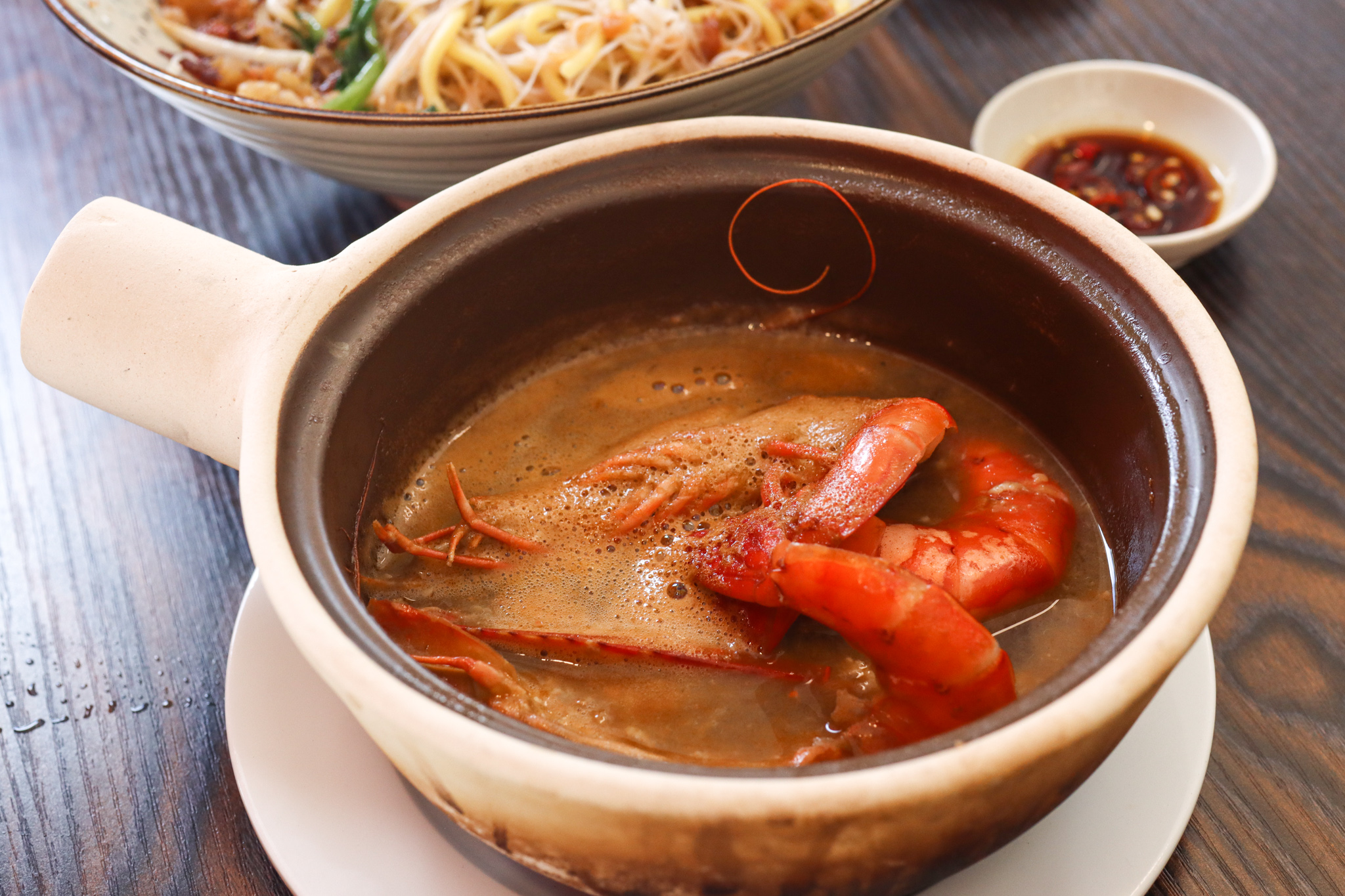 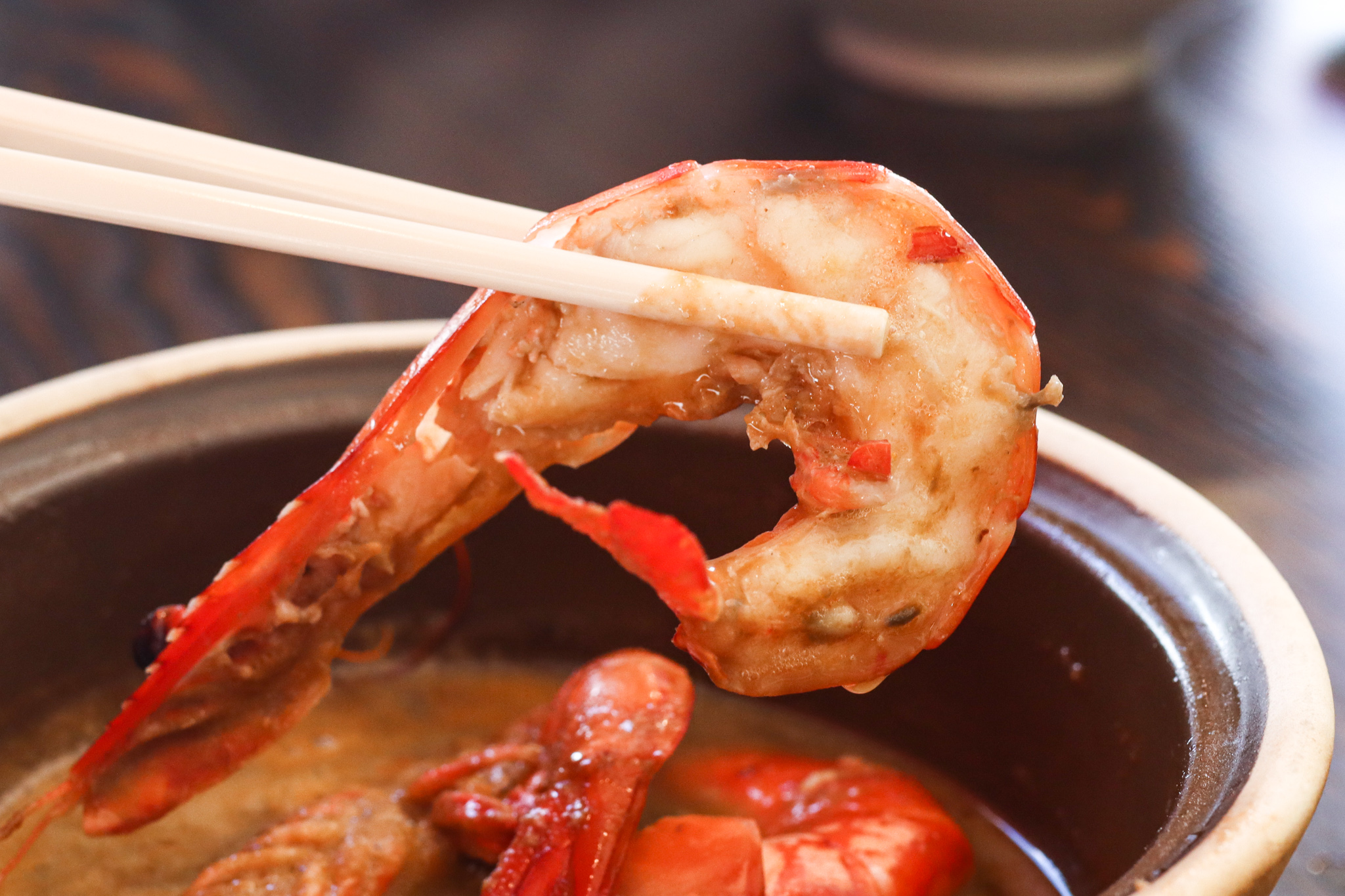 The heady broth was packed with flavour and yet not too gao. As for the prawns, they have been sliced in half to allow easier access to the firm and fresh flesh within. 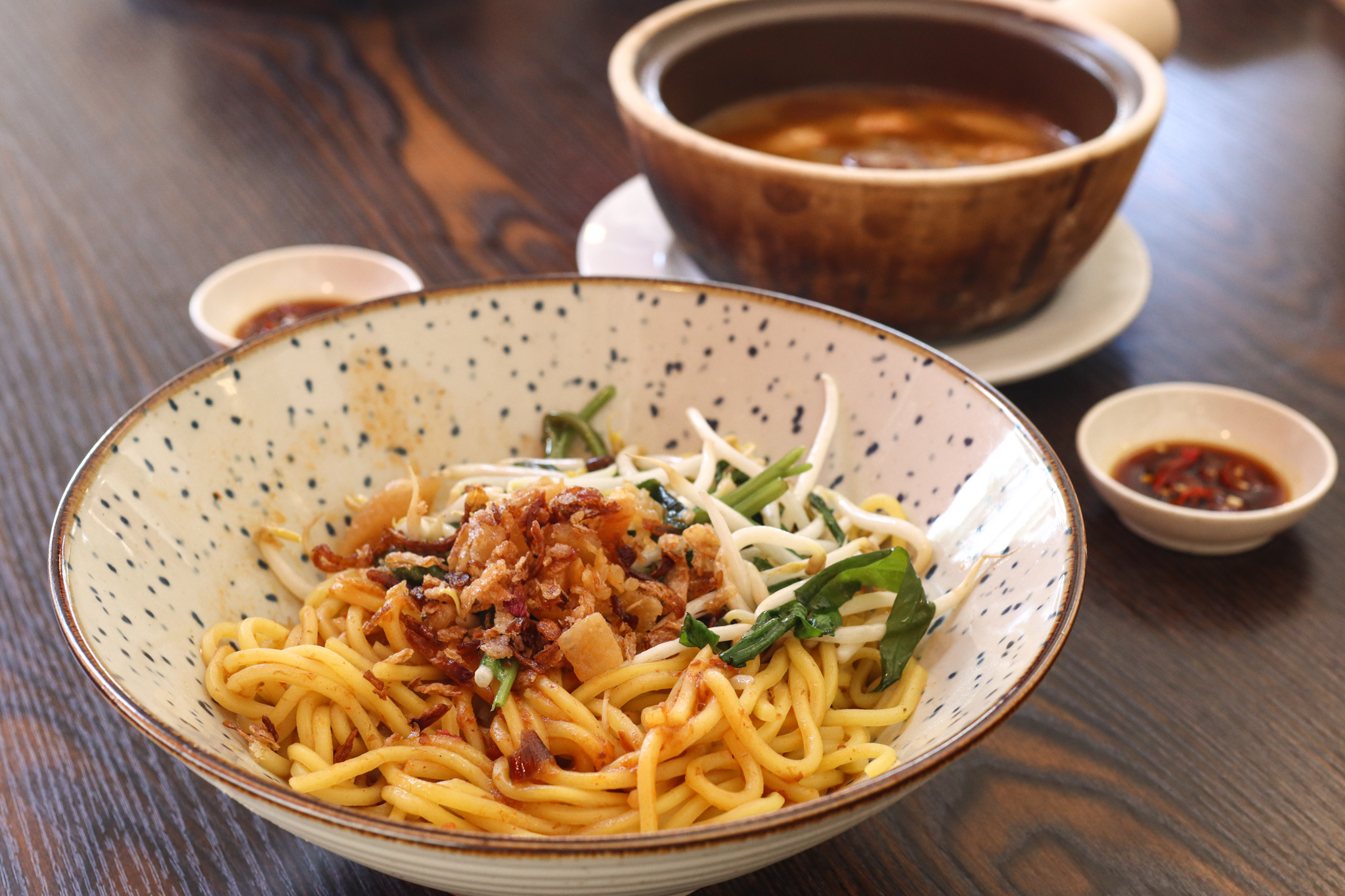 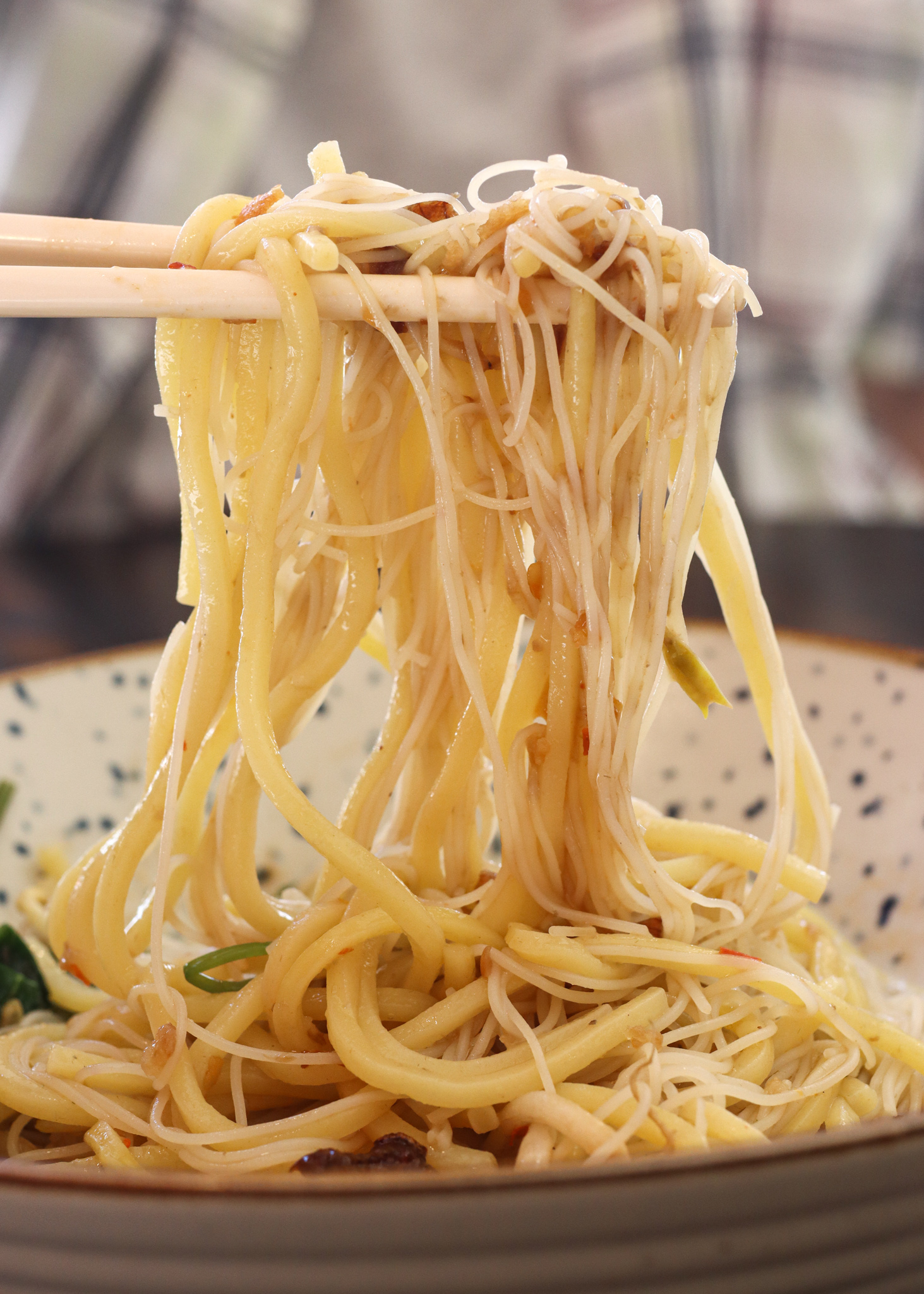 For my second dish, I wanted to try the mix-and-match option ($9) and went for tobiko prawn ball and pork ribs, paired with yellow noodles and thin bee hoon. 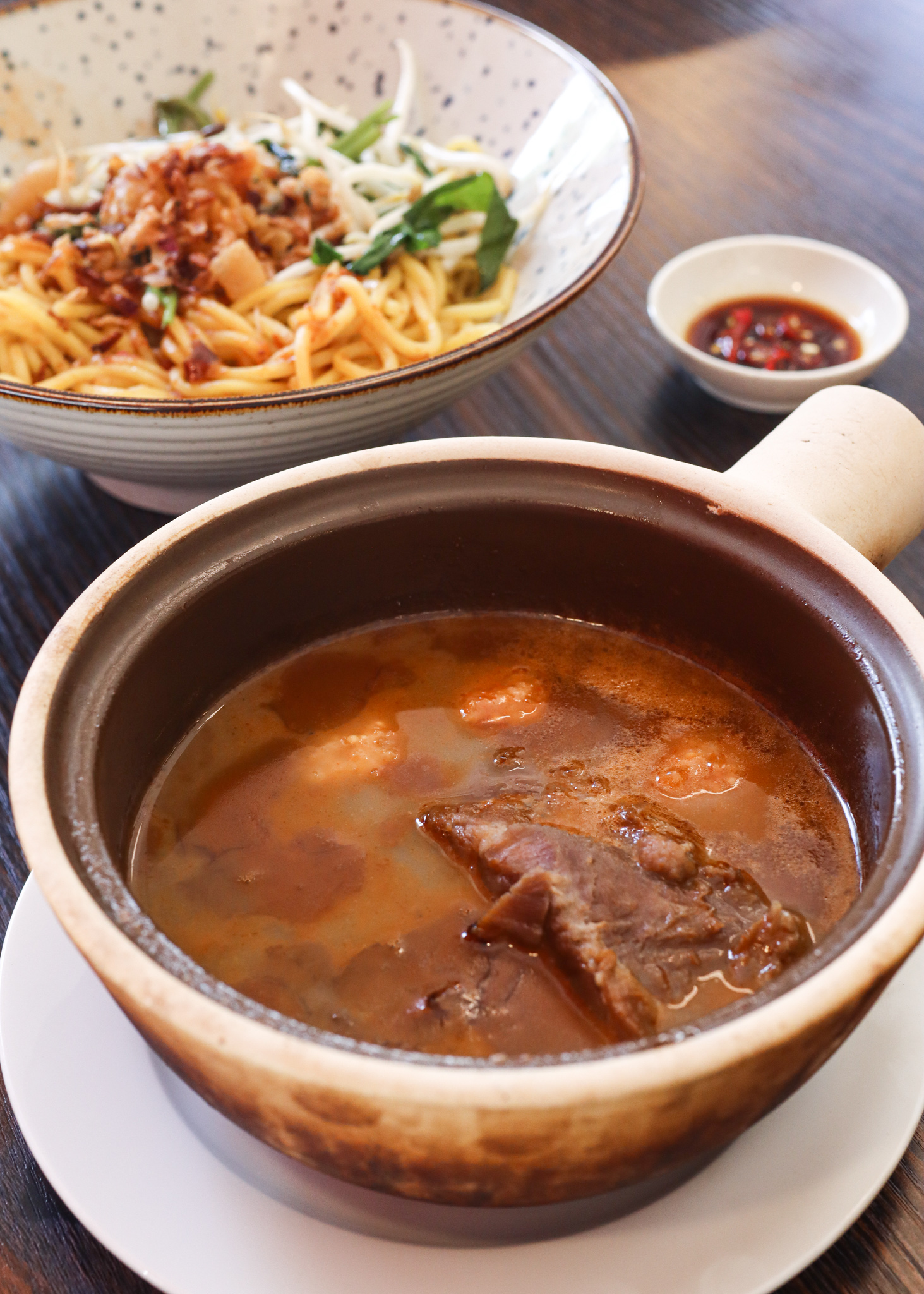 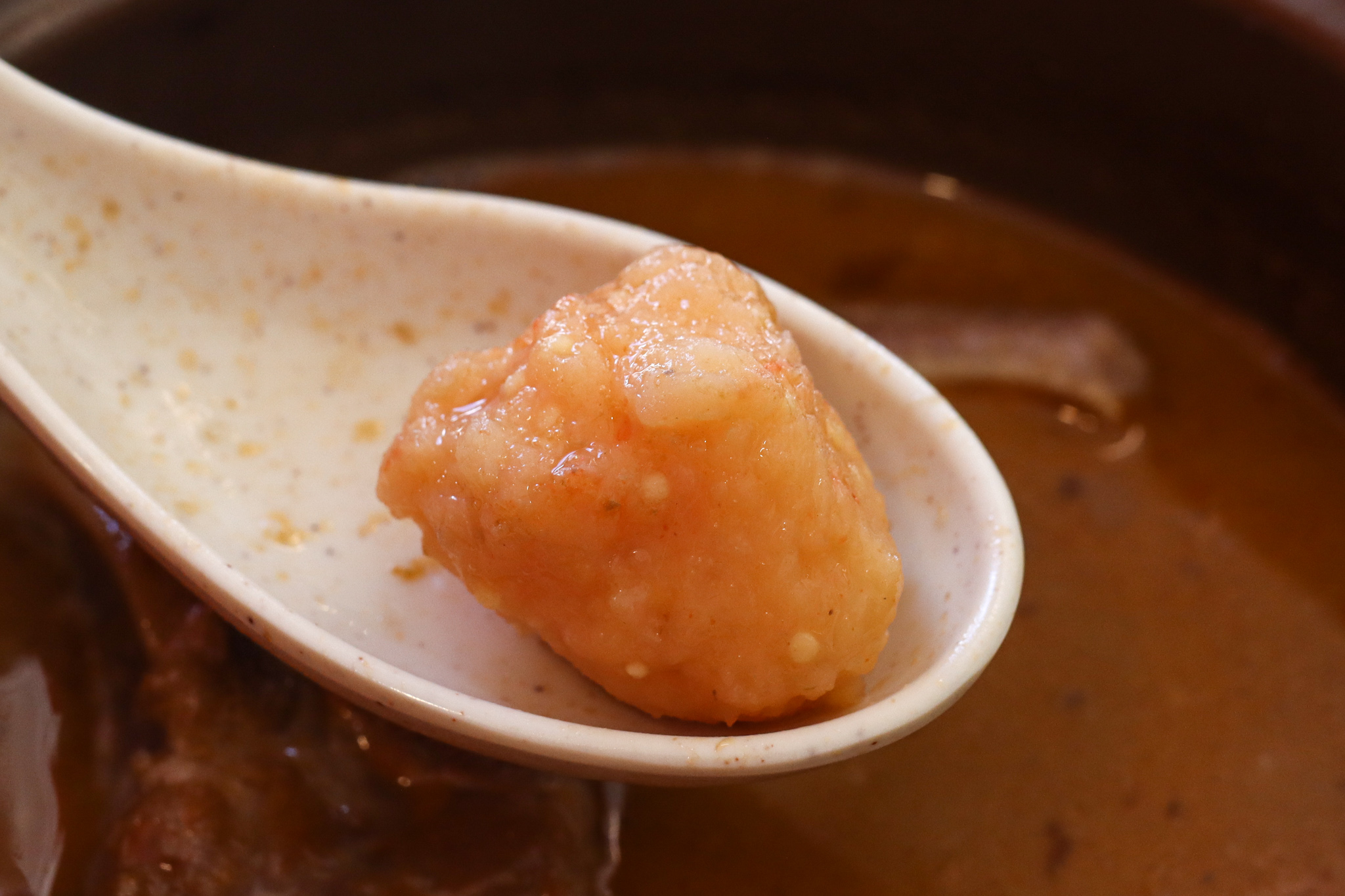 The tobiko prawn balls were delightfully springy and not too heavily marinated so you can taste the sweetness of the prawn paste. I would have liked it more if there was a tad more tobiko but this is still one thing I’m definitely including in my noodles the next time I visit! 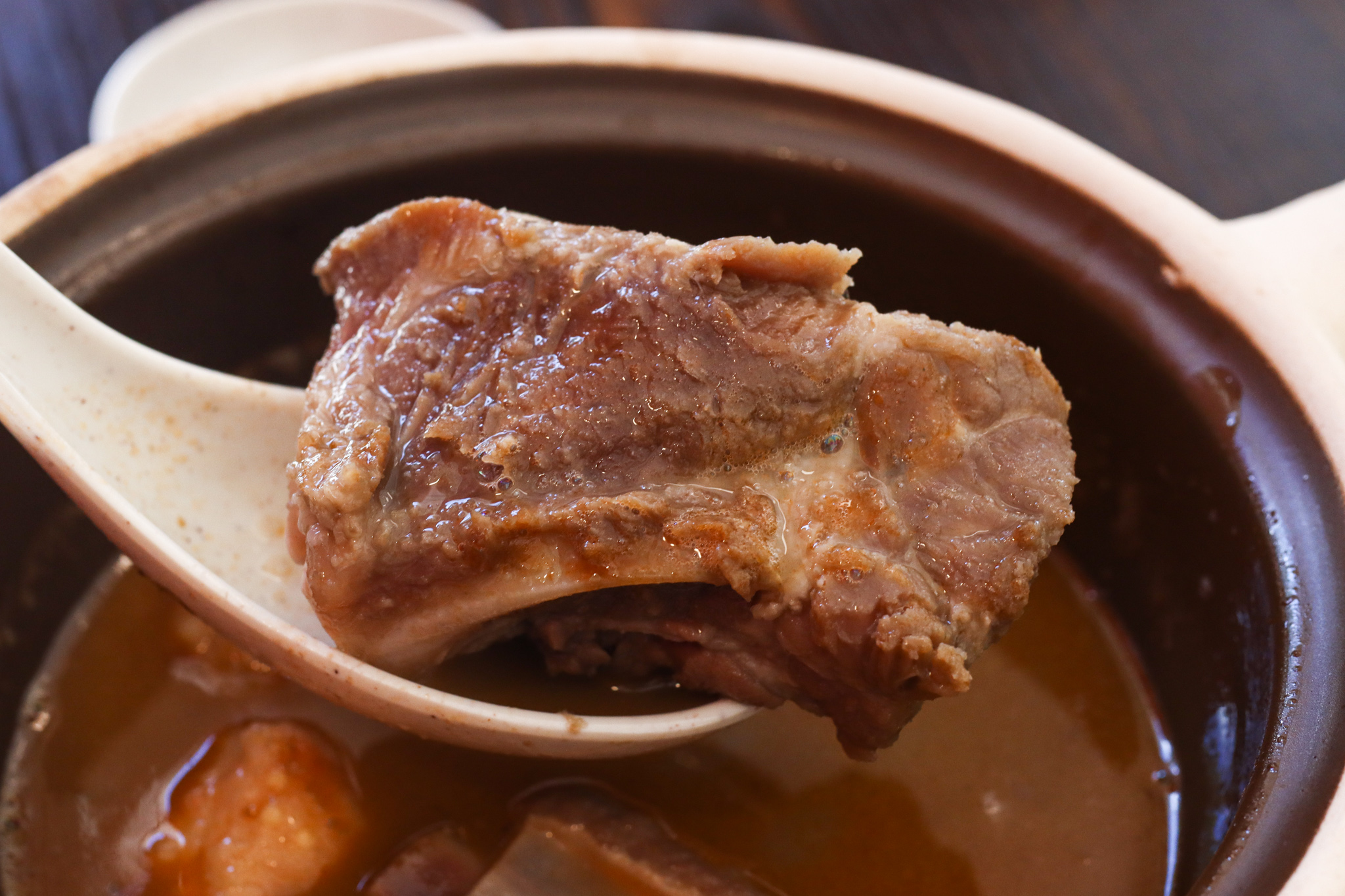 The pork ribs were a bit of a struggle to tackle when it came time to wrestle the meat off the bone. But they had a good amount of meaty flavours, and were not too tough when bitten into. 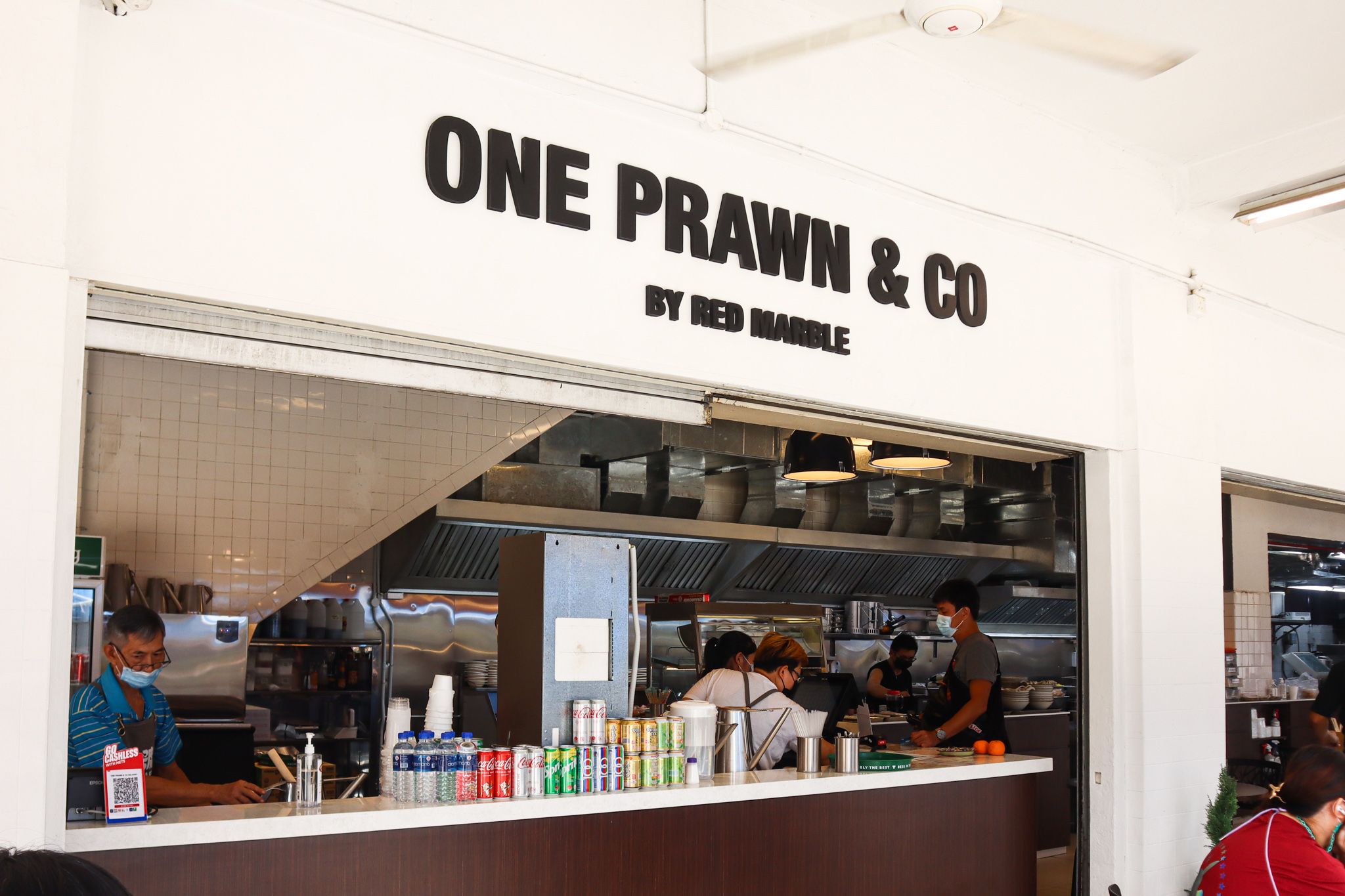 Compared to their previous stall in Golden Mile Food Centre, there is more diversity in the menu here, and their standards are no doubt comparable. The flavour of their broth is also unlike what’s commonly served out there, so it’s worth a go!

Opening Hours: 11am to 5pm, Tuesday to Sunday.

Let’s build a food community that helps to update the food news in Singapore! Simply comment below if there’s any changes or additional info to One Prawn & Co. We will verify and update from our side. Thanks in advance!