You are here: Home » Blog » Swee Guan Hokkien Mee – Charcoal-Fried Hokkien Mee That Has Been Around Since 1968! 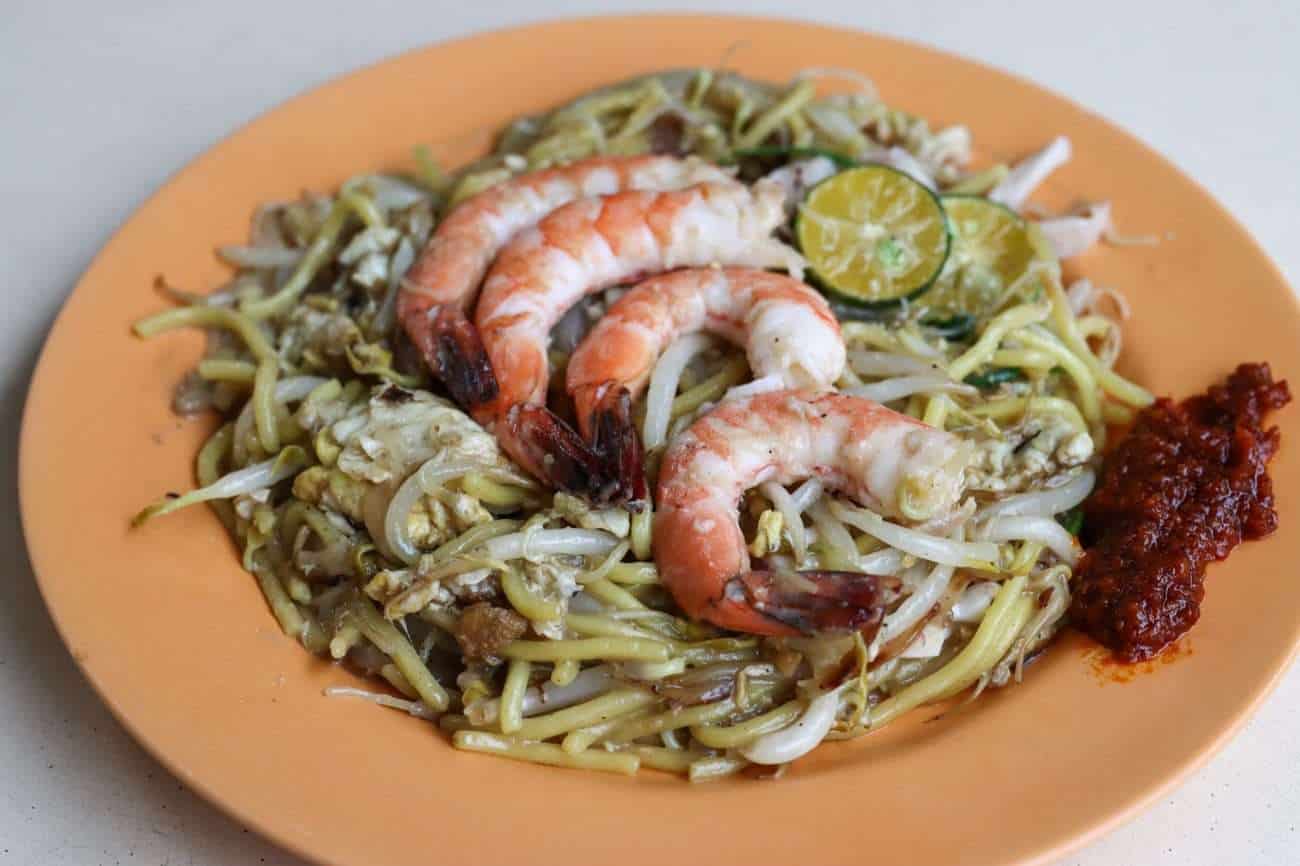 Hailed as one of the best Hokkien mee stalls in Singapore, Swee Guan Hokkien Mee is no stranger to attention and media coverage. This is where you can find a plate of hokkien mee cooked over a charcoal fire, so expect an infusion of wok hei, along with a generous amount of good quality toppings. 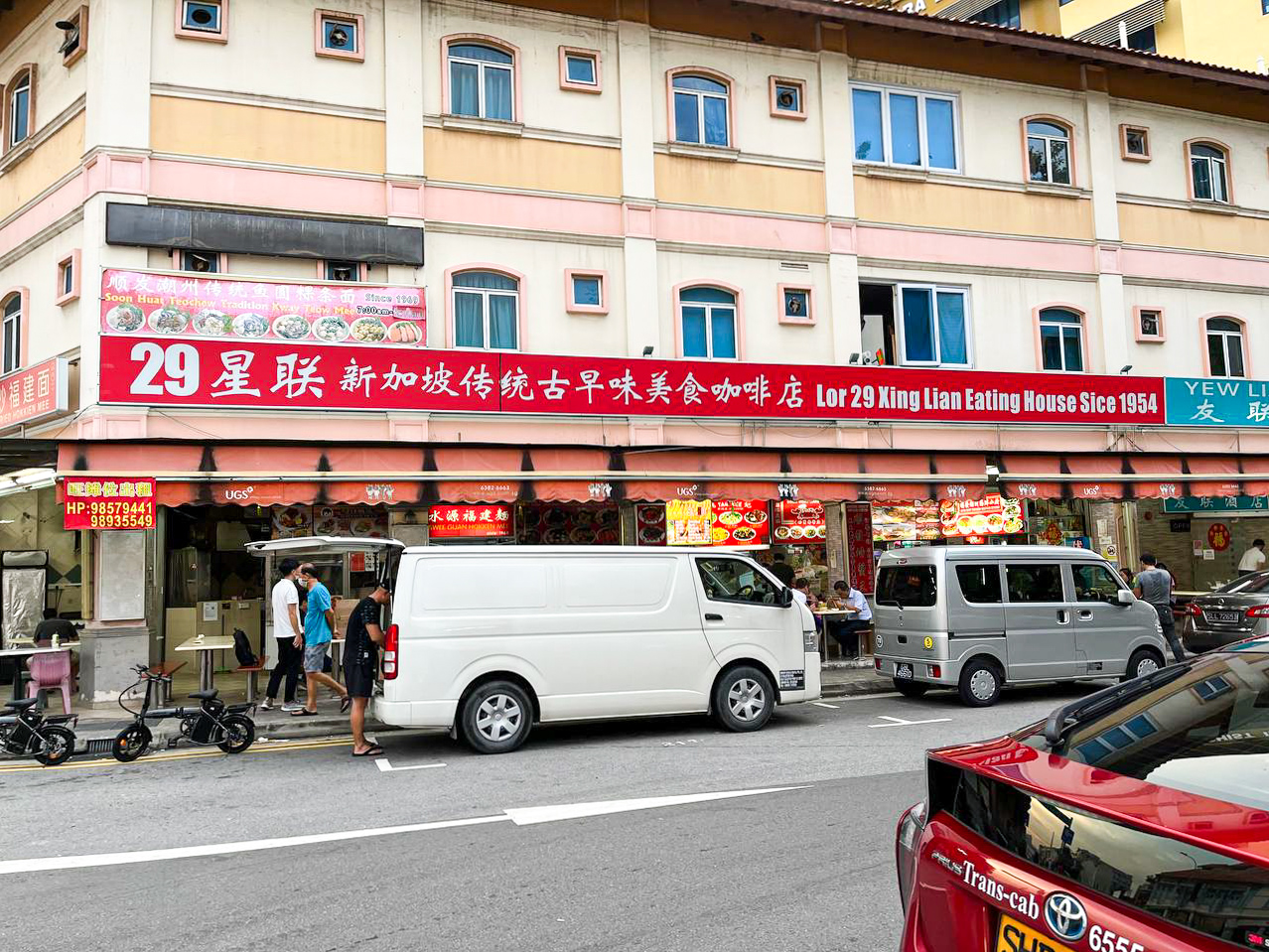 Located along Geylang Lorong 29, this stall is not to be confused with the one on East Coast Road that has the same name as Swee Guan Hokkien Mee’s location (though the owners come from the same family!) First started in 1968, the stall is now helmed by a second-gen chef who learnt his skills from his predecessor aka father, and he has been there for over 40 years since.

One thing’s for sure, the hawkers of Swee Guan Hokkien Mee are not the biggest fans of cameras and small talk. They’re a little on the gruff side, only speaking to customers when necessary but hey, at least they’re efficient when dishing out plates of their famous Hokkien mee, which is priced at $6 for small, $8 for medium and $10 for large. 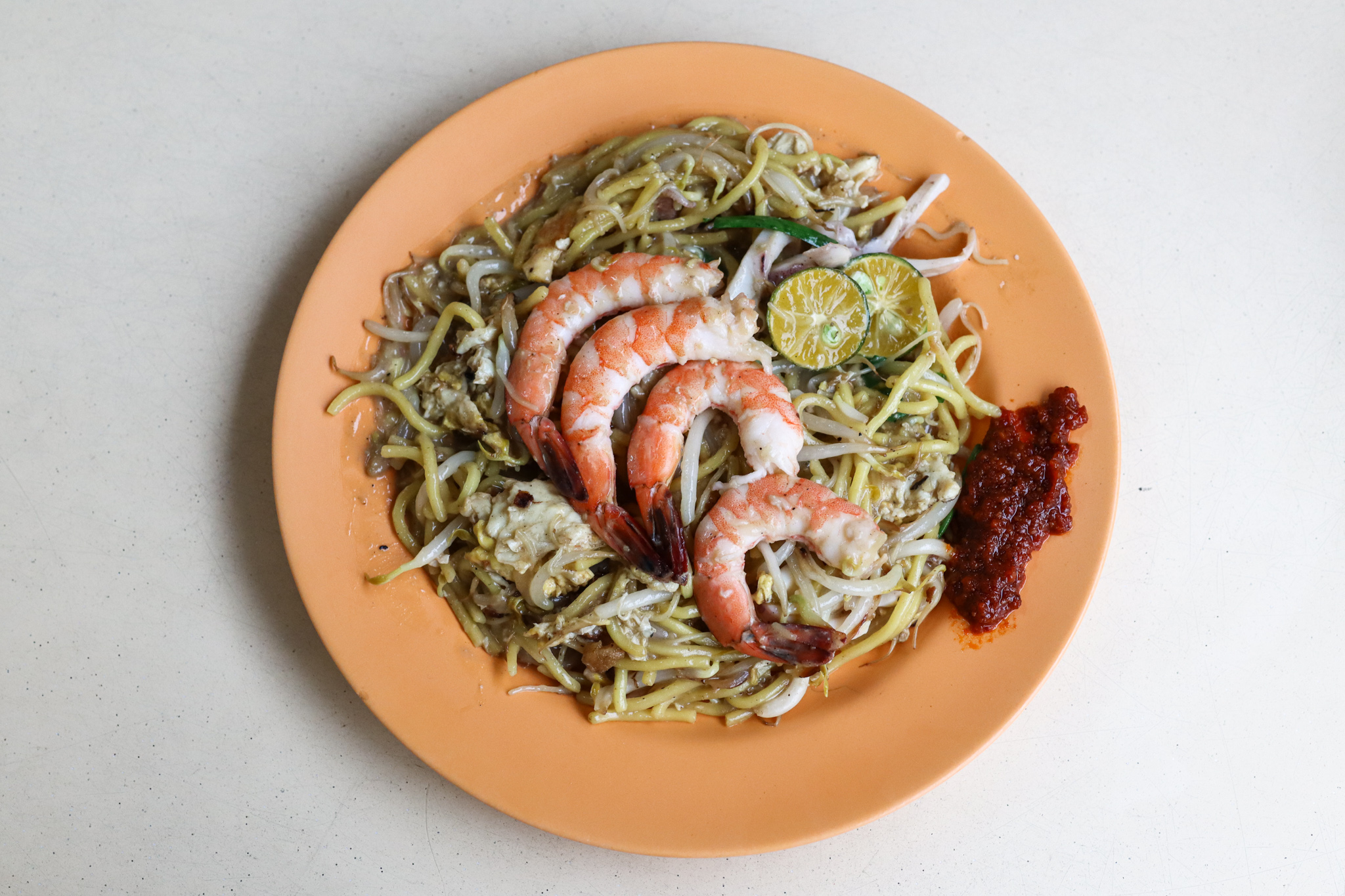 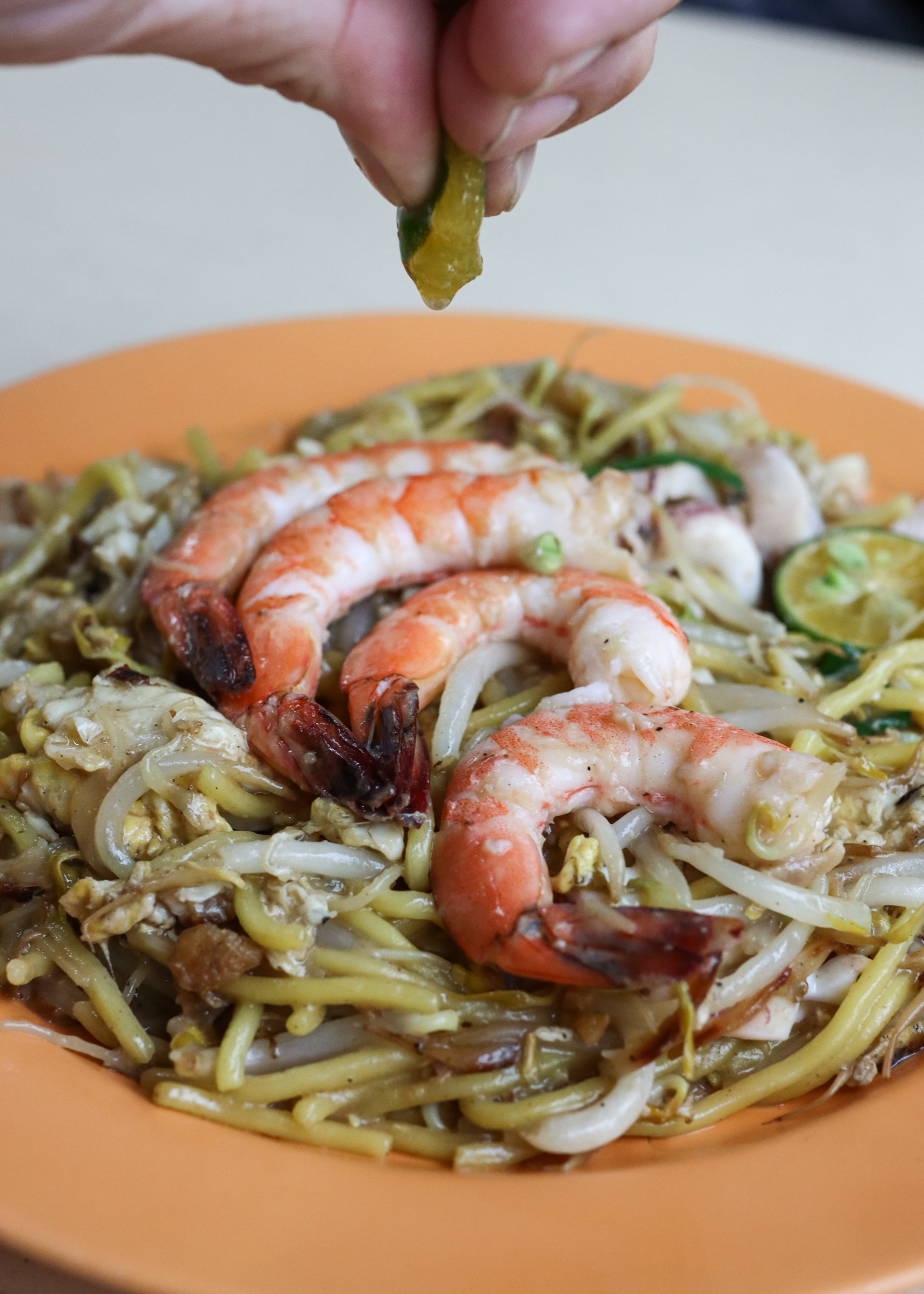 Customer service aside, good food speaks for itself and their Hokkien mee was more eloquent in connecting with the stomachs of hungry folks. I got the medium-sized plate and it looked like a regular portion that could usually be bought at most hawker centres for a lower price. That is, if you miss the four larger-than-usual prawns and smattering of sotong woven into the noods. 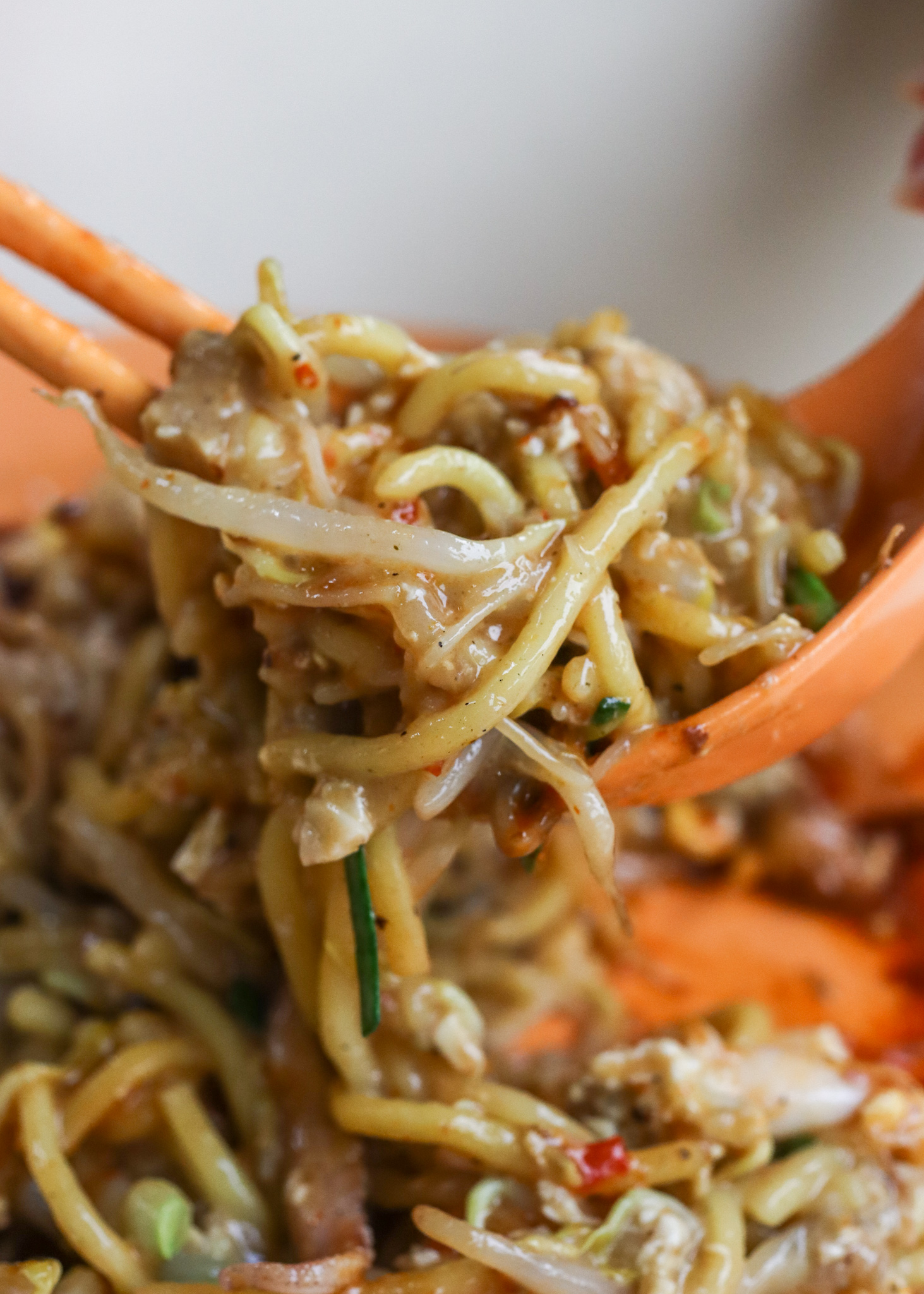 The perfect in-between of dry and wet Hokkien mee, the mix of yellow noodles and thick bee hoon were well-infused with the seafood stock it was cooked in and held a lot of flavour in just one mouthful. Whispers of wok hei came through well without overshadowing the flavours of the noodles, though I would have preferred it to be slightly stronger.

Mix in the sambal on the side to bring forth a tingly heat that lingers as you continue making your way through your plate. 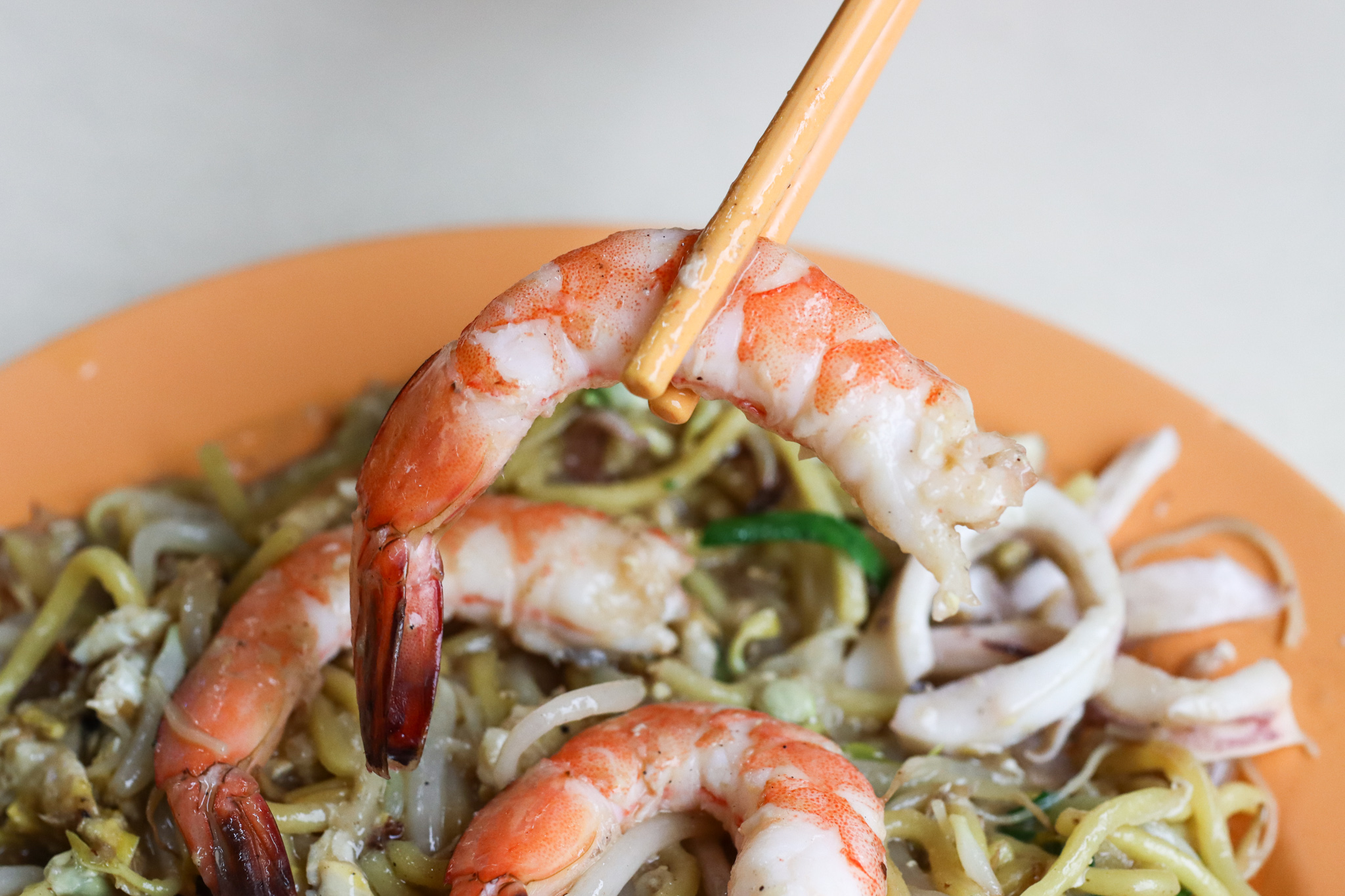 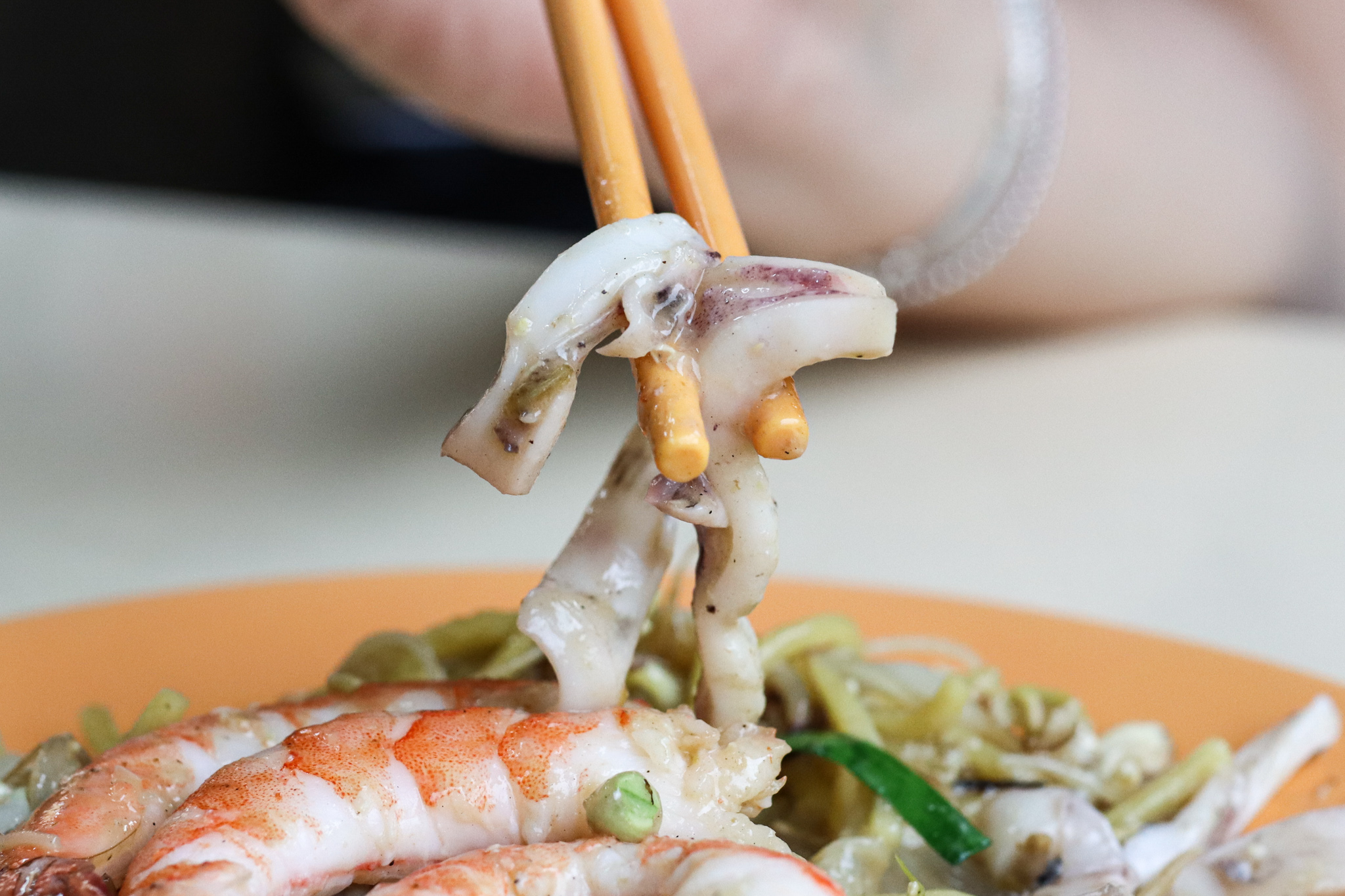 The prawns were undeniably fresh and crunchy, adding a whole oomph to the Hokkien mee. As for the sotong, they were pleasantly chewy. No wonder it costs $8 because their seafood toppings were 100% on point. 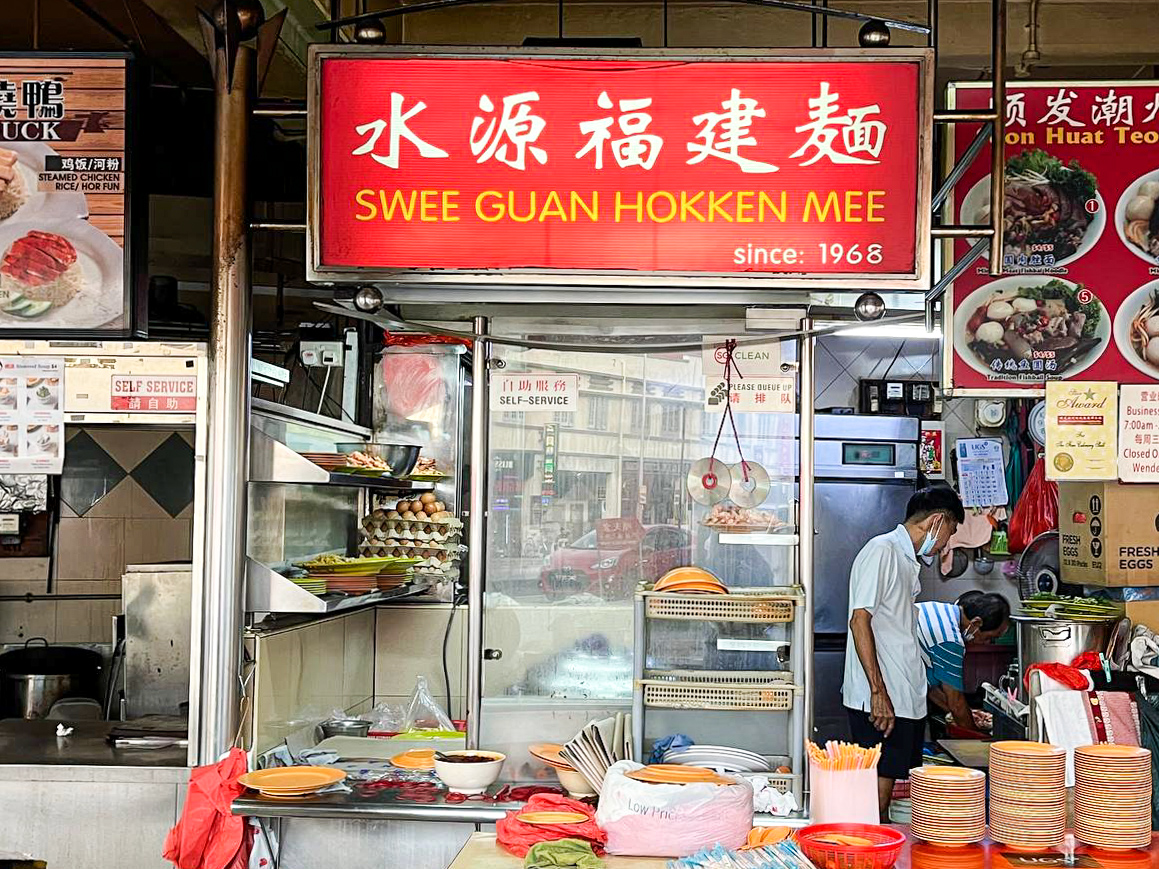 Still, I’m a little unsure on whether I would return for this pricey Hokkien mee but there’s no doubt that this is one of the better renditions that you can find in Singapore. There’s bound to be mixed reviews on Swee Guan Hokkien Mee so we would love to hear what you think – overhyped or worth the price?

Let’s build a food community that helps to update the food news in Singapore! Simply comment below if there’s any changes or additional info to Swee Guan Hokkien Mee. We will verify and update from our side. Thanks in advance!